Turkey is a Muslim country, so in theory according to Shariah law, alcohol in Turkey is not welcomed, but in practice it does not prevent citizens from free use. This ambiguous situation has existed for a long time, at least since the Ottoman Empire, when in the early 17th century Sultan Murad IV issued a law banning the drinking of alcohol, while being a bitter drinker himself. Since 1923 Turkey is a secular state, which means that religion has no influence on state institutions, so officially alcohol is not forbidden in Turkey, and raki drink generally has become a significant part of the national culture. However, according to surveys, most of the adult population of the country prefers to abstain from alcohol, and the level of alcohol consumption per capita is the lowest in Europe.

Turkey is the homeland of winegrowing (along with Georgia, Iran and Armenia). Even 4000 years ago people here were able to make aromatic wine from fermented grape juice. The Ottoman Empire, which appeared on these lands at the end of the 13th century, was an Islamic state, but it was tolerant of other religions and did not forbid the Greeks or Albanians living on Turkish territory to produce and drink alcohol. In the 19th century, the sultan guaranteed equal rights to all his subjects regardless of their religious affiliation, and Muslims began to openly visit “drinking houses.

Features of the Law

Alcohol consumption in Turkey is legal, you can buy alcohol in bars, supermarkets, restaurants. The conservative party in power has banned advertising of alcohol in mass media and has introduced a ban on sales of alcohol at night (from 10 p.m. till 6 a.m.), and there the more or less serious restrictions connected with alcohol come to an end.

Moreover, the law applies only to stores – for tourists it makes no difference, you can have a couple of cocktails at the hotel bar or in a restaurant at any time. It is allowed to buy and drink alcohol from the age of 18.

For drivers the permitted concentration of alcohol in the blood is 0.5 ppm. For exceeding this limit the offender faces up to two years in prison, a fine or deprivation of the driver’s license.

Any adult traveller may bring into Turkey one liter bottle, or two 0.75ml bottles, of any alcohol (wine or spirits) in any combination. That is, it could be, for example, one vodka and one wine, or two whiskeys, or anything else. Export regulations are governed by the country of destination.

The country’s “calling card” is, of course, raki, a strong fruit brandy with added anise. In winter, the drinker is boza, a low-alcoholic (~1%) thick drink made from fermented grains. Beer, wine, whiskey, and a variety of spirits are also consumed in Turkey. 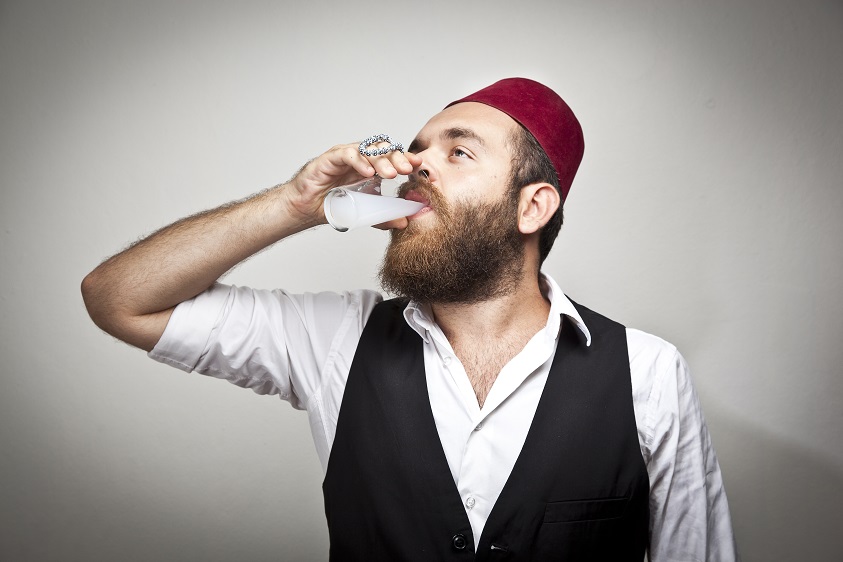 Because of the high alcohol excise taxes the cost of alcohol is quite high, so the market often comes across more affordable to the buyer fakes. Tourists should be careful and buy strong liquor only in proven places, otherwise you can get a low-grade “liquor.

This is especially true of all-inclusive hotel bars. For example, the taxes on real American whiskey reach 700% (and that’s at a solid cost of the drink), so it is obvious that no one will pour it for free in unlimited quantities.

Beer is the safest drink, wine is unlikely to surprise the connoisseur with the depth of bouquet and flavor nuances, but you can drink it too, but strong imported spirits (whiskey, gin, tequila, etc.) is better to avoid.

The most popular drinks

As for beer, the palm of the house undoubtedly belongs to Efes Pilsen. Wheat beer is represented by the brand Gusta, and you can also easily buy Tuborg, Corona, Beck’s and Heineken. 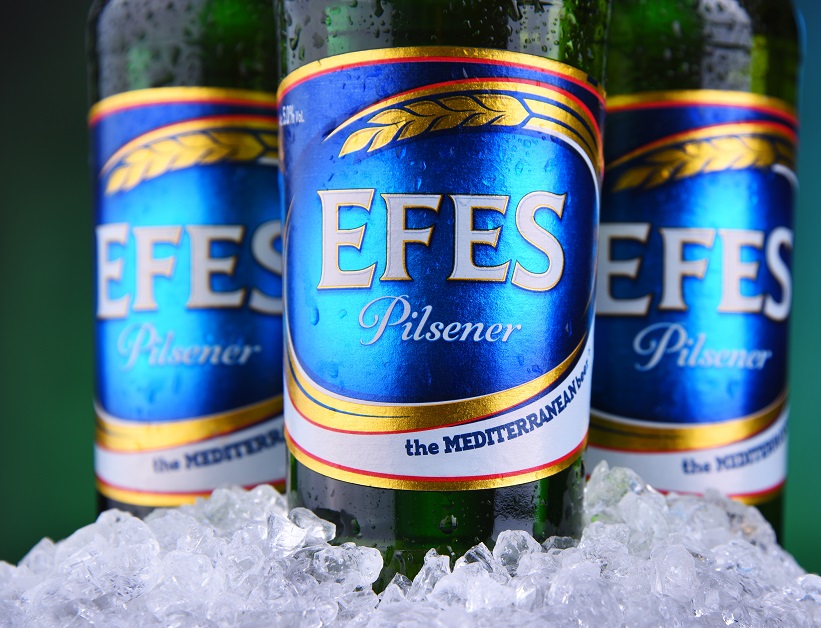 Wine in Turkey is both local and imported. Of the local brands worth trying are Corvus, Kayra Vintage and Sarafin.

Raki is made from grapes, plums or dates, and the strength of Turkish “aniseed” reaches 45%. It is snacked on meat, fish, feta cheese, melon, cold and hot Turkish snacks “meze”. Raki is never drunk alone – it is a drink for parties, it is accepted to wash down with water (which is distributed by the youngest participant of the party), and Turks clink not with the rims, but with the bottoms of glasses.

READ
Types of diseases of India, what are they and their treatment

The wine is made from both autochthonous varieties (Öküzgözü and Boğazkere) and from Merlot, Cabernet, Chardonnay, Pinot and even Riesling imported from France. The strength of Turkish wine reaches 14%. 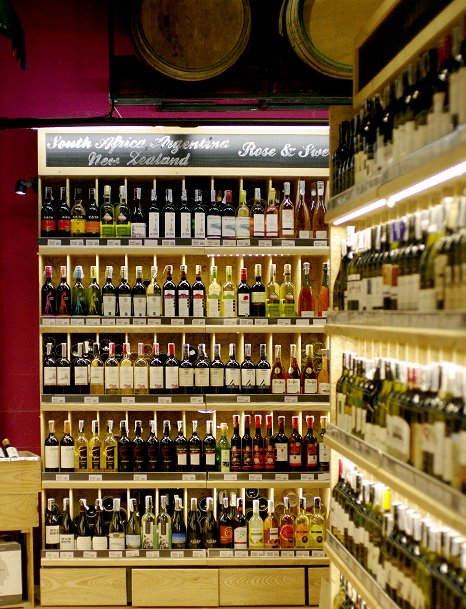 Turkey is famous for its blackberry, melon, plum, cherry, strawberry and other fruit wines.

Analogous to our “cheers!” or English cheers is the word Şerefe, which can be roughly translated as “your honor!”

A story about the composition, methods of consumption and the best culinary pairings for the Turkish national alcoholic drink raki. Every Russian tourist upon arrival in Turkey must do at least three things. Get burnt, eat national sweets and try Turkish vodka raki.

And then either praise them to everyone he knows, or are firmly convinced that the “domestic product” is still better.

So, what is raki made of, how do Turks drink it and how to properly taste this drink? Read about it below. Raki, or raki, is the national Turkish alcoholic drink, which has another, quite beautiful name – lion’s milk (we will tell you below what it is connected with).

What is Turkish raki vodka made from? Modern brands create the drink from twice distilled grapes and anise, but at home as raw materials for raki can also be fruit – for example, figs and dates.

How many degrees in Turkish raki vodka? Usually about 45%, but depending on the variety, the alcohol content can range from 40 to 50%.

Drinking raki is serious business in Turkey. It’s a mindset to celebrate a promotion or birthday, to dull the pain of a job loss or relationship breakup. Below we will tell you how it is customary to drink this drink in its homeland.

How crayfish is drunk in Turkey

To begin with, different occasions require different types of company for drinking raki. So, if you are celebrating something, six to eight people can sit at the table. For a solemn and special event, such as a wedding or the birth of a child, there may be as many as 25 people gathered together.

READ
How to find a place to live in Thailand

In this case, the venue is usually a cafe, where the evening begins with classical Turkish music and moves into a bellydance show.

Many such feasts feature fazil ekibi, a group of male musicians playing traditional melodies on instruments such as ney (a reed flute) or kanun (a stringed instrument).

The result is a traditional but not sedate celebration-a night filled with raki often ends with people dancing on tables and chairs. But if the raki is taken out to help heal a broken heart, it’s a much more intimate scene, with two to four close friends in attendance.

On such evenings, the gathering over a bottle of crawfish becomes a kind of group therapy session, in which a friend shares his problems while his comrades listen intently and occasionally take a break to discuss the meaning of life.

Such discussions explain why such gatherings are often called “chilingir sofras,” which literally translates to “locksmith’s table. In other words, raki has the mysterious power to open up even the most reticent person.

Whether celebration or sympathy spurred the gathering over a bottle of raki, the conversation follows a typical trajectory. It begins with general topics concerning work and daily life. And after a couple of shots of chilled hot liquor, it moves on to matters of the heart.

An indeterminate number of drinks after (but before the stage of dancing on the table) the conversation almost inevitably begins to touch on politics. Crawfish, by the way, is essentially the stuff of politics itself. Under restrictive alcohol laws, then-Prime Minister Recep Tayyip Erdogan (the current president), leader of the socially conservative Justice and Development Party, announced in 2013 that Turkey’s national drink was not raki but ayran, a refreshing yogurt-based drink.

But as much as Turks love their ayran (it pairs well with kebabs), the drink is not known for sparking hearty discussions or accompanying joyous celebrations, let alone dancing on tables.

READ
What to bring from Thailand, ideas and types of gifts

Raki is a common denominator of Turkish culture, enjoyed regardless of gender, age or social class.

An evening of raki usually begins around 7 p.m. and sometimes ends well past midnight, and throughout this time those present continue to eat. We’ll tell you what to eat next. Meze, a tapas-like set of Turkish snacks, is the perfect culinary companion to crayfish. It’s varied in composition, from different kinds of cheeses, peppers and nuts to dolma and meat balls.

The obligatory raki dishes include fava (mashed beans with dill), pilaki (beans in olive oil) and haidari (yogurt with garlic, mint and spices).

Although raki can be served with the national dishes of meat and fish, you can also snack on a piece of feta cheese or melon, as well as walnuts and olives.

How to drink crayfish for beginners. So, you and your friends happened to have a bottle of such alcohol as crayfish. How to properly enjoy this oriental curiosity? Stock up on tall shot glasses, fill them with 1/4 of crayfish, and then add 3/4 of the water.

At this moment, a miracle will happen: the transparent raki, when it comes into contact with water, will become cloudy before your eyes. It looks very spectacular, and that’s why the drink is nicknamed “lion’s milk”.

Raki is always drunk with chilled water, although some drinkers say that ice impairs its taste, so you should add it after you pour the alcohol.

You can also drink crayfish clear, but in this case, cool the bottle a little and wash the alcohol down with water. Raki is not drunk in a volley, but sipped slowly.

The mesmerizing smell of anise may seem strange at first, but soon it becomes pleasant. Or it doesn’t. To be honest, this drink is a bit of a connoisseur’s drink, but you have to try it at least once before you conclude whether it’s “yours” or not.