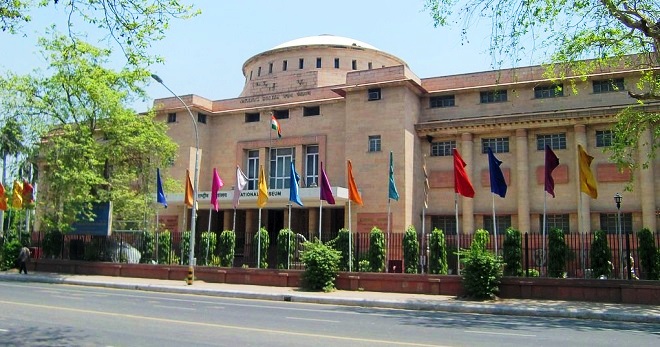 The National Museum of India in Delhi is full of treasures. Mind-bogglingly ancient relics of the Hrappe Empire, exquisite jewelry, miniature paintings, medieval wood carvings, textiles and musical instruments are the true heritage of the country. The sightseeing tour will take at least two hours. Don’t forget your passport to get an audio guide, which is already included in the ticket price.

The National Museum of India has its origins in an exhibition of Indian art in London in 1947-1948. At its conclusion, curators decided to show the same collection in India before returning the artifacts to separate museums. The Indian exhibition was shown at Rashtrapati Bhavan in 1949 and was so successful that it led to the decision to create a permanent National Museum. The new building we see now came into being in 1960. 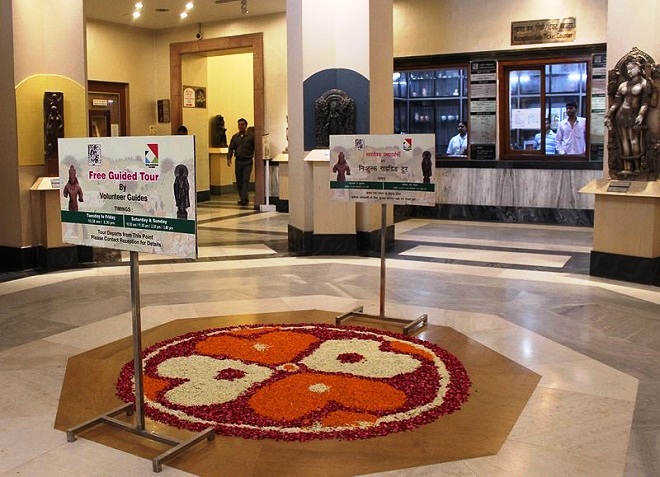 The exposition of the museum covers almost all areas. There are more than 20 galleries of different eras and varieties of art, and some are so extensive that they have subsections. The museum has more than 200,000 works of art, both of Indian and foreign origin, spanning more than 5,000 years of the rich cultural heritage of various parts of the world. Stone and bronze sculptures, weapons, jewelry, manuscripts, miniatures, pre-Columbian American and Western art collections – each room provides new knowledge and new experiences. 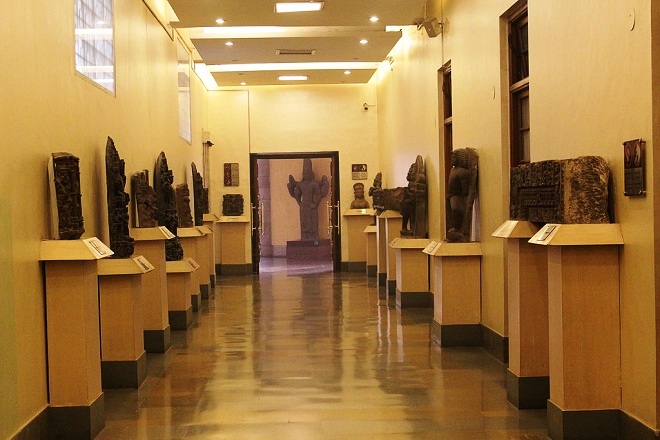 Trying to view all the relics in the National Museum of India is like trying to embrace the immensity. To fully immerse yourself in the country’s history, you would have to spend more than a day here. However, visitors usually have limited time, and they want to see “the most”. Once in the museum, you can not miss:

Photography in the National Museum of India is allowed, free of charge, but you can’t use a flash in some rooms. There are two antique stores, one behind the ticket booth and one on the first floor. Both feature interesting souvenirs and books. There is a dining room in the basement and a new café next to the main building. 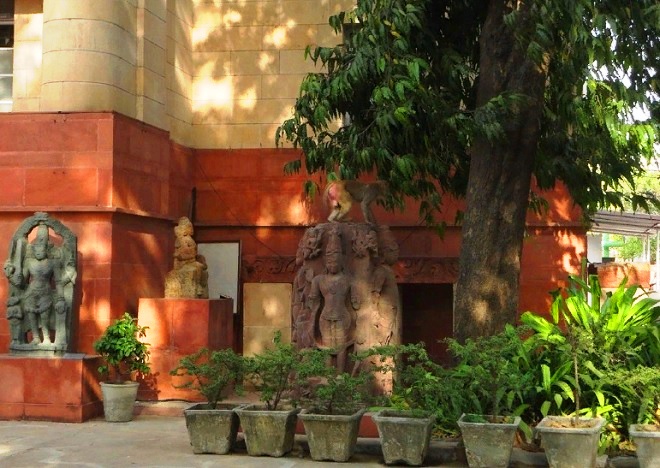 The best way to get to the National Museum of India is by metro, the nearest stations are Central Secretariat and Udyog Bhawan.

A must-see museum in New Delhi, India is a museum of Indian culture and history.

Guidebooks say, like clockwork parrots, “The richest collection of the National Museum”. When I read this, an anecdote comes to mind:

Thieves stole all the money, appliances, and jewelry from an apartment. In doing so, they showed themselves to be gentlemen, because they didn’t take the paperwork for the disability benefits.

I would say so, too, after walking the spacious halls of Delhi’s National Museum. With a frequent comb, English cultural officials walked through the palaces, temples, and vaults of the colony. With scrupulous and total British scholars, officers, adventurers, and merchants removed everything of value from India, a heist that lasted for 200 years. What little that happened to survive in the ground, or was donated by private individuals, or bought back later with the very modest means available to Indian science, is collected here.

But even these remnants are sweet. Look at this female figure. She’s been in the ground for 1,600 years, but don’t you find her captivatingly beautiful now, in her relaxed, free pose. 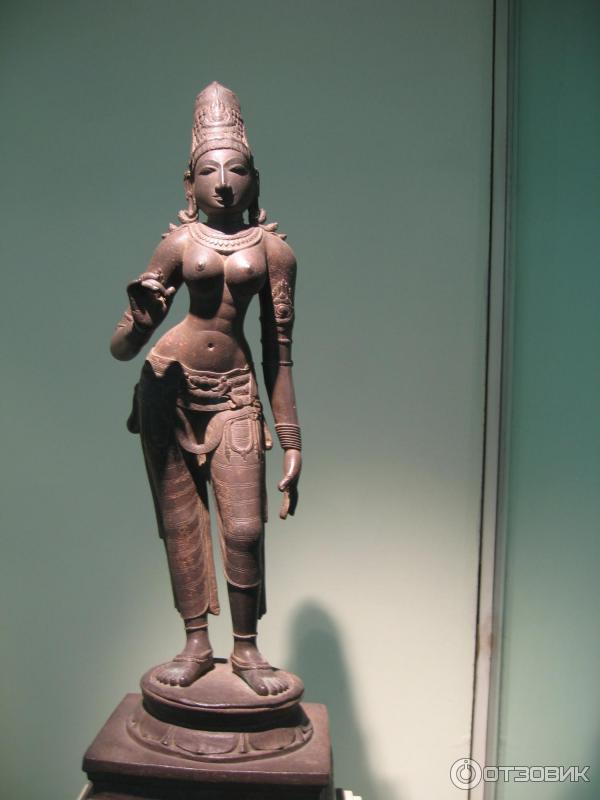 and here’s a fragment of a bas-relief of the goddess in white marble. 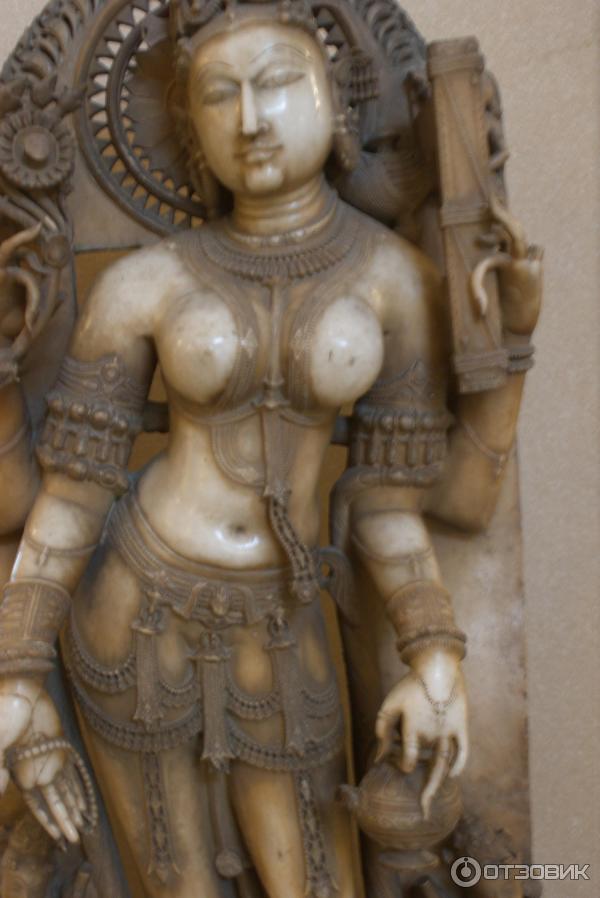 I purposely chose little-known sculptures for the photo, not the ones that went into textbooks: the Dancer of Mohejo-Daro, Shiva-Nataraja. But whoever is interested, they are there, meet in the first room. Indian ancient stonecutters knew how to make the material lively, dynamic, emotional, warm. 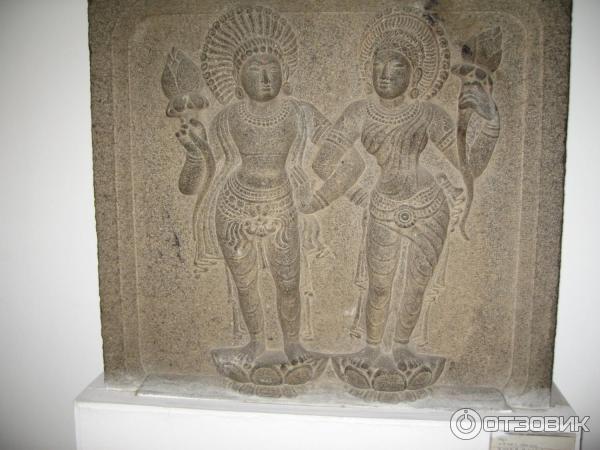 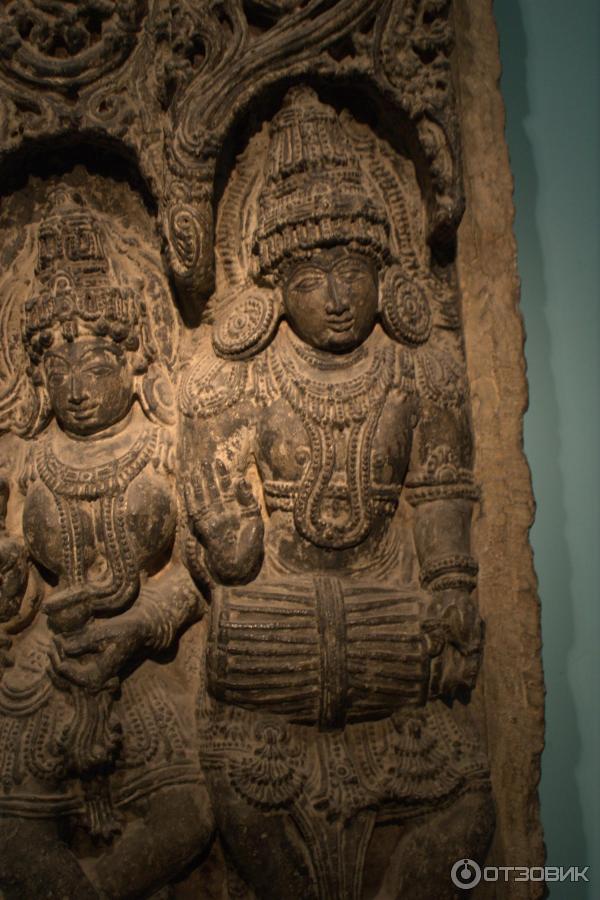 Bas-reliefs, fragments of temple columns. You can watch this frozen movement for hours. 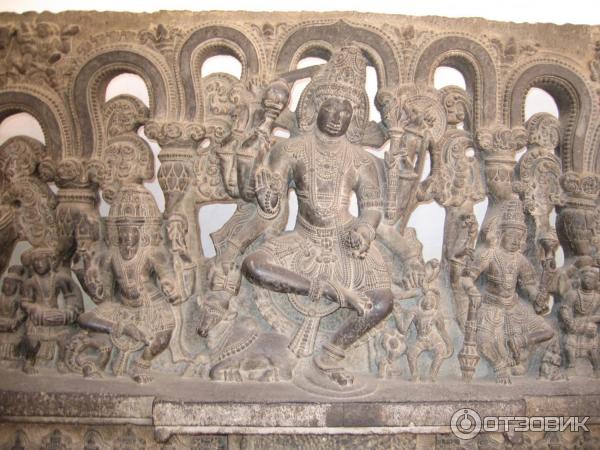 All of these beauties in a living form, not broken out of the wall, I had already seen in Hampi. But even in this form they make an impression. Later, the Buddhist influence shows itself, the figures become less lively, stylized, sexless. 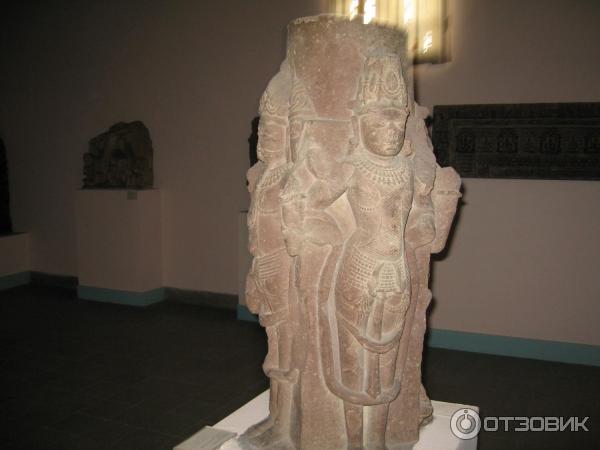 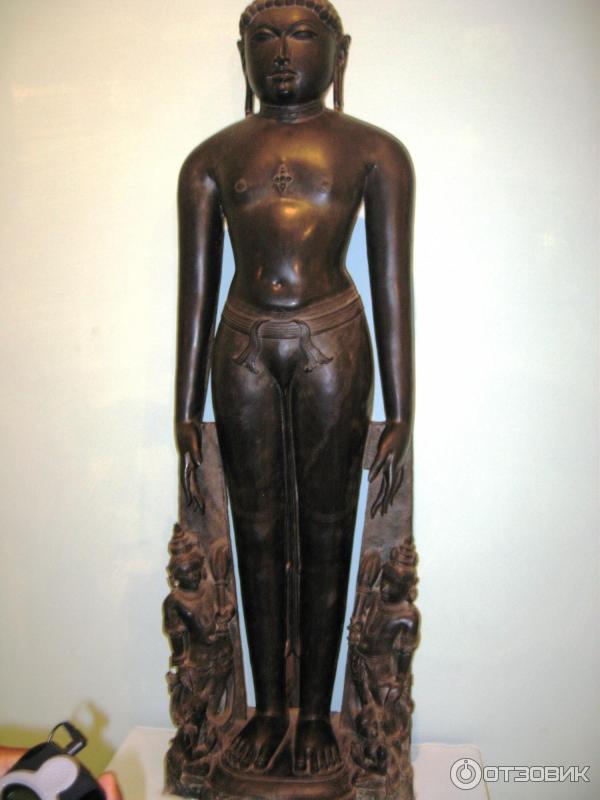 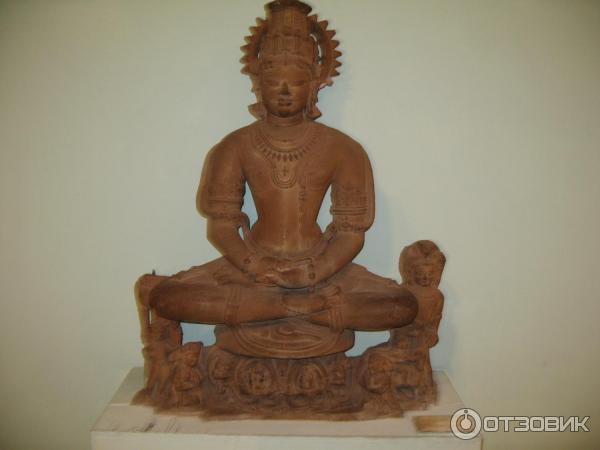 Just when we were in Delhi, the Buddhist community presented the museum with a gift: an ark of Buddha’s hair. The room had just been opened to the public. 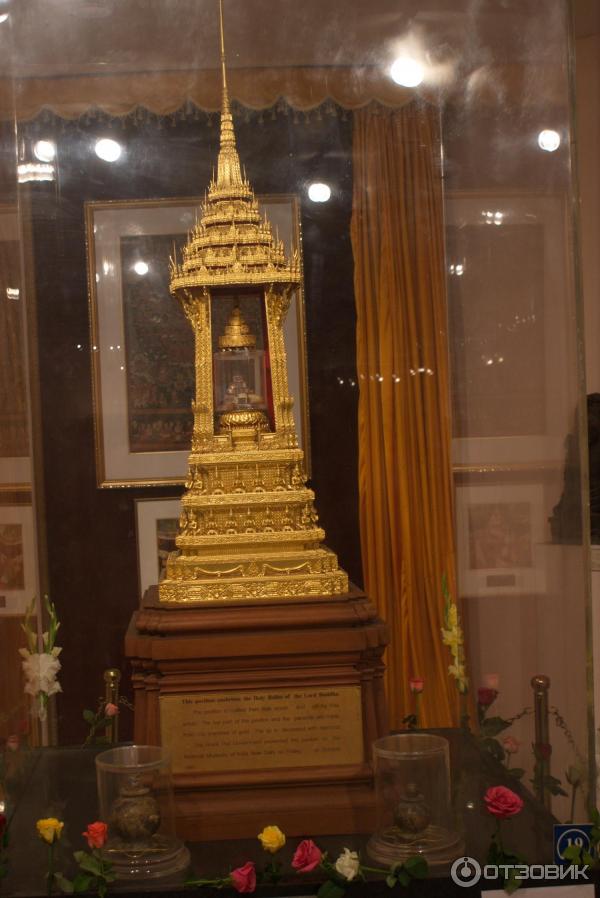 There was also a gilded Buddha that used to belong to the museum. 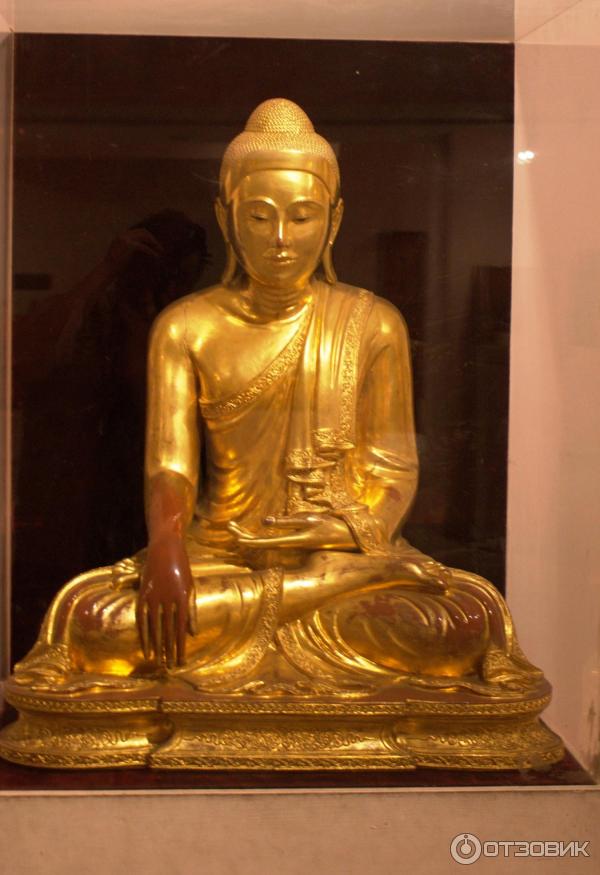 There were many pilgrims and monks in the hall. The hand and knees of the figure have already been wiped down to the stone base. In general, it is interesting that the staff does not in any way interfere with the interaction between the worshippers and their deity.

The first floor is very spacious. The enfilades are half-empty, the distances between the exhibits are imposing, and there is no place to sit down. There were no benches or buffets. We were barely able to walk up to the second floor to the collection of paintings and weapons.

And here we get our second wind, because we are welcomed by a war elephant. 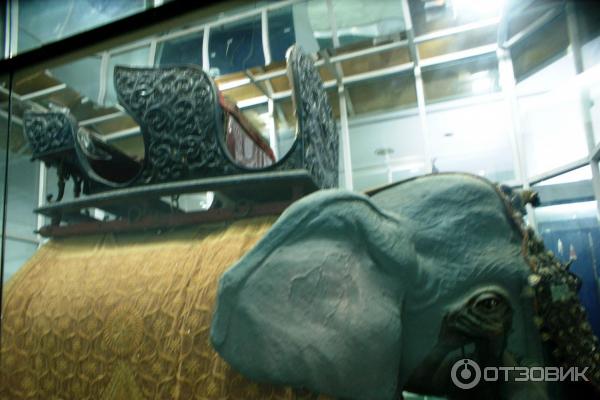 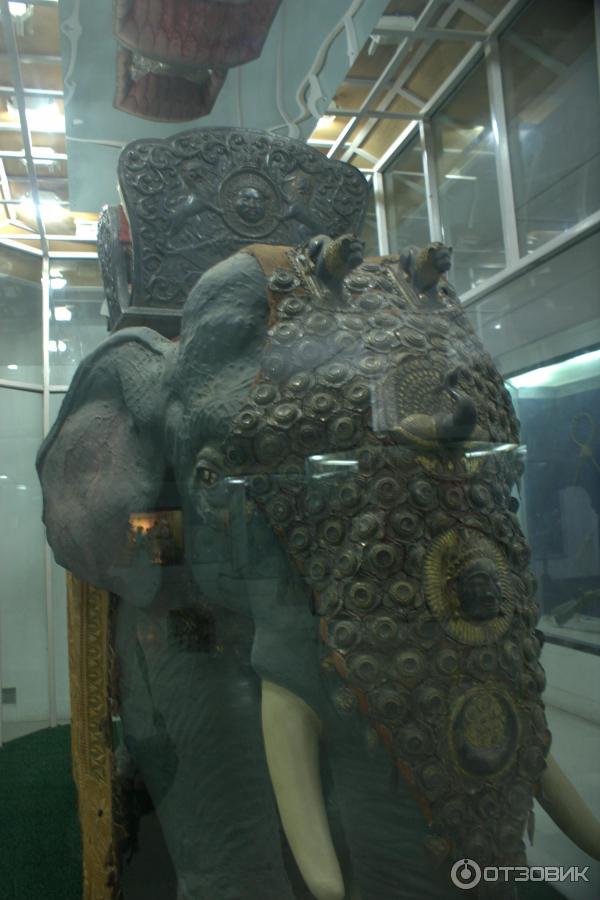 Men hover for a long time at the stands with weapons. 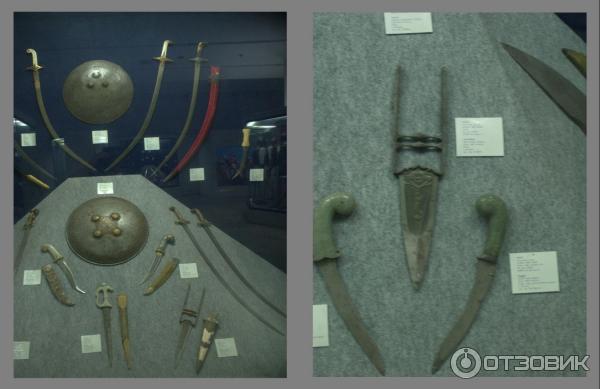 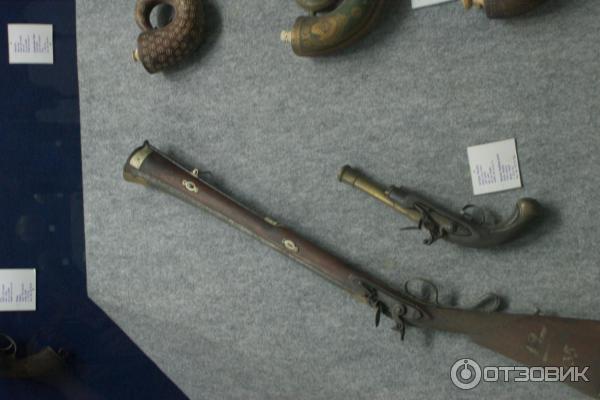 These, by the way, are not tools of torture, but tools to control the fighting elephant. 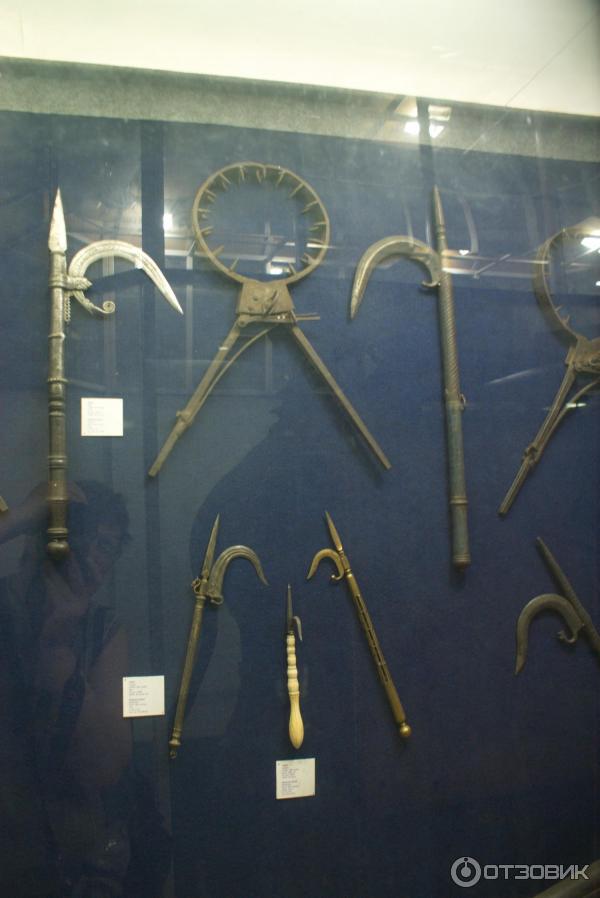 I was much more fascinated by the subjects of the paintings on the walls of the hall. On the pictures the proud and glorious Muslim knights were trampling with their hooves the vile, spiteful little warriors-Christians, sprawling in all directions like cockroaches. It’s an interesting turn of events, isn’t it? The period of these battles is the time when the Qutb Minar complex was settled. It has now become a picturesque ruin. 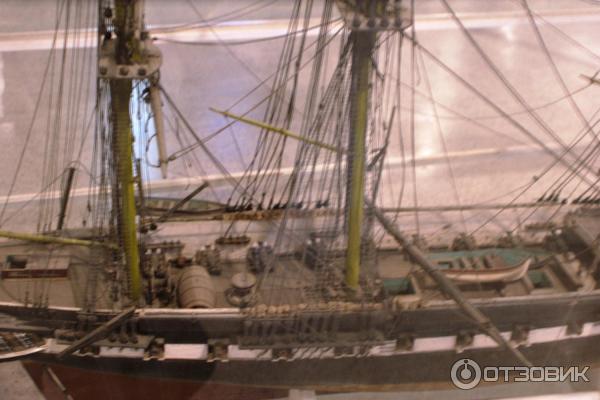 And then there is a whole pavilion devoted to Indian Mughal miniature painting. These are Persian paintings adopted by the Indian court painters of the 16th-17th centuries and transferred to the local religious basis. These canvases are of great value and are still circulating in homes and living rooms in dozens of copies, talented and not so talented. 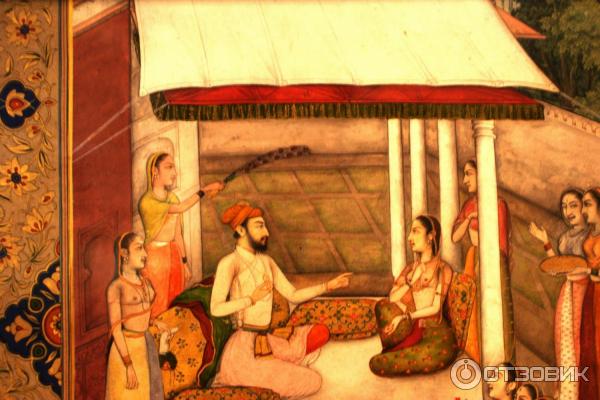 The palace that is depicted in this painting is Lal Kila (Red Fort), 4 km from the museum building. 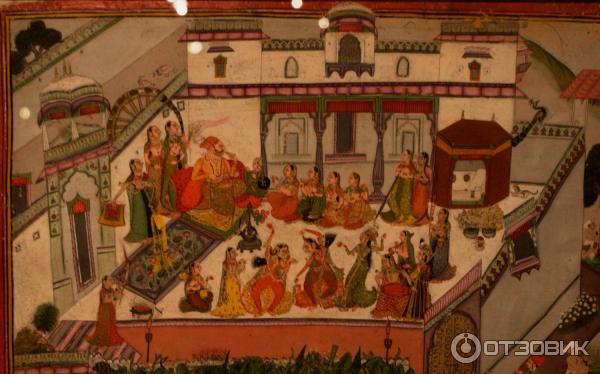 But what an Indian museum should have in abundance, what makes every visitor’s heart flutter, and what made it worth subjecting oneself to contemplation of all these fossils, namely jewelry, the National Museum of Delhi does not have at all. There is a meager silver incense box. 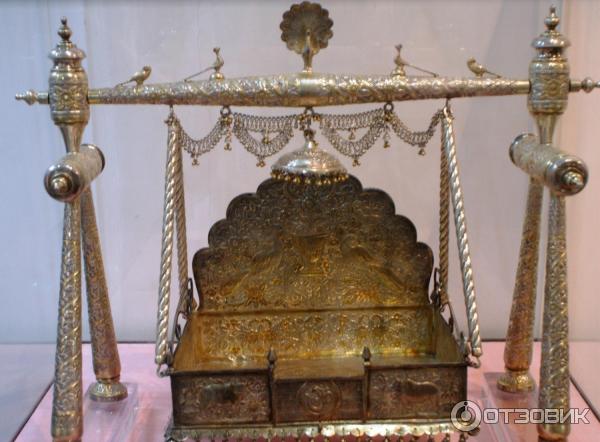 The lavishly decorated entrance to the bedchamber of the royal palace. 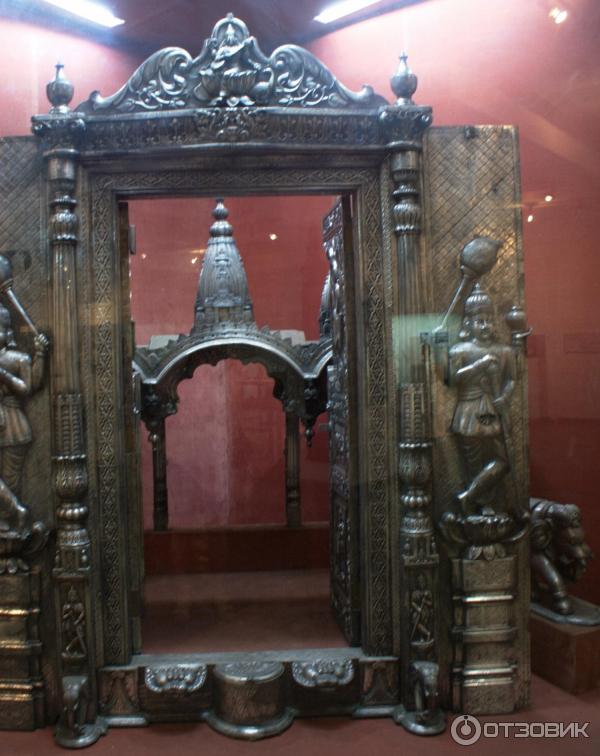 Several vases of the Ming dynasty. 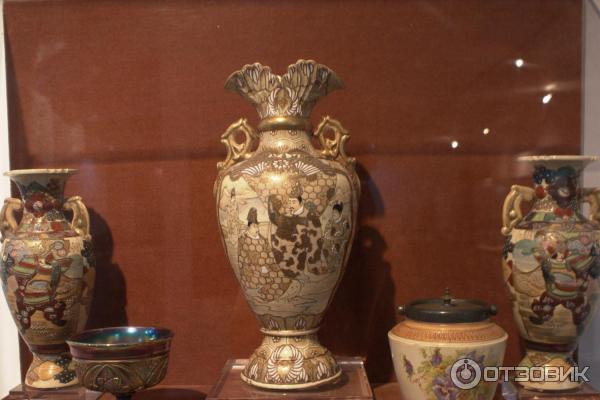 And a fine children’s toy. 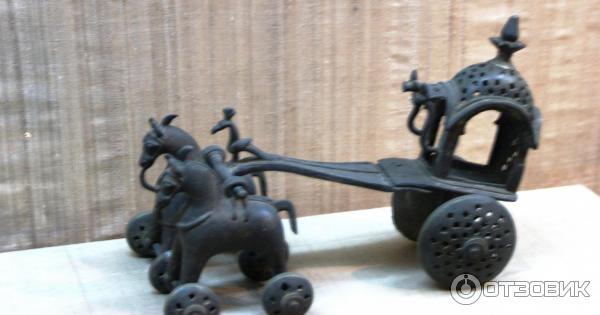 Not a ring, not a tiara, not even a frivolous scarf. Everything that abounds on the streets, and for which India of ancient times is famous, has either been taken away by the British, or is stored somewhere else. So it’s a big, good, solid museum, with a collection by and for men. And it takes sturdy legs to get around it all without practically sitting down.

If anyone is going to: 1) Water and food to go. Everyone does it here, and no one looks at you funny. 2) The audio guide is in English and explains no more than 1/8 of the exhibits, so you have to carry the basic knowledge in your head. 3) Sneakers or the most comfortable shoes on your feet, because you have to stand and walk a lot.