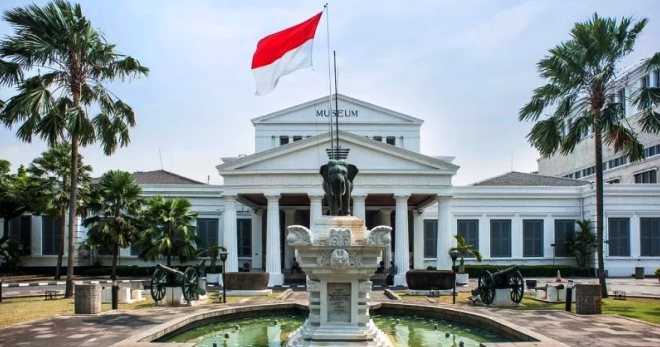 The National Museum of Indonesia is among the most popular and most visited attractions in Jakarta. It has long had a reputation as one of the best museums in South Asia. Thousands of unique exhibits of archaeology, geography, numismatics, heraldry, ethnography, etc. are waiting for you in the museum collection. That is why it is definitely worth to visit it for everyone, who is getting acquainted with the island of Java.

It begins in 1778, when Dutch colonizers founded the Royal Society of Arts and Science of Batavia on this place. This was done to develop research activities in the fields of art and natural history.

The beginning of the museum’s collection was laid by Dutch Jacob Radermacher, who donated not only the building, but also a collection of very valuable cultural objects and books that became the foundation of the museum library. Further, as the exposition grew in the early 19th century, there was a need for additional space for the museum. And in 1862 it was decided to build a new building, which was opened for visitors 6 years later. 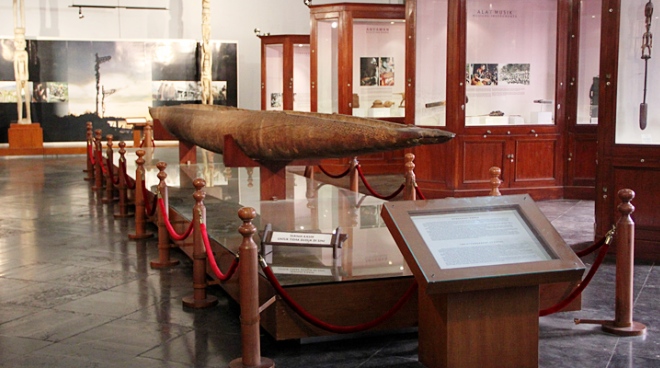 In the early 1930s the exhibition of the National Museum of Indonesia took part in the World’s Fair, where a huge fire almost completely destroyed the collection. The museum was compensated, but it took several decades before it was possible to purchase exhibits to fill the exhibition. The museum’s recent history began in 2007 with the opening of a new building. The museum aims to preserve the cultural and historical heritage of Indonesia, so it plays a very important role in the life of the local population. Today, it displays artifacts from prehistoric times to the present. 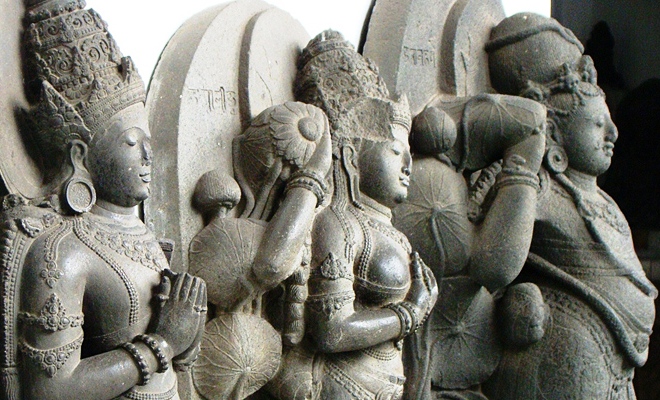 What is interesting about the museum?

In the collection of the museum you will see many exhibits brought from different parts of the country, as well as from other Asian countries. In all, there are about 62,000 artifacts (including anthropological exhibits) and 5,000 archaeological finds from Indonesia and South Asia. The most valuable exhibit of the museum is a statue of Buddha, 4 m high. Buddhists from all over Jakarta flock here to worship this shrine.

The National Museum of Indonesia has the following collections:

The National Museum building consists of 2 parts, the “Elephant House” and the “House of Statues.” “Elephant House” is called the old part of the building, made in the Baroque style. In front of the entrance is a statue of an elephant made of bronze, a gift from King Chulalongkorn of Siam in 1871. 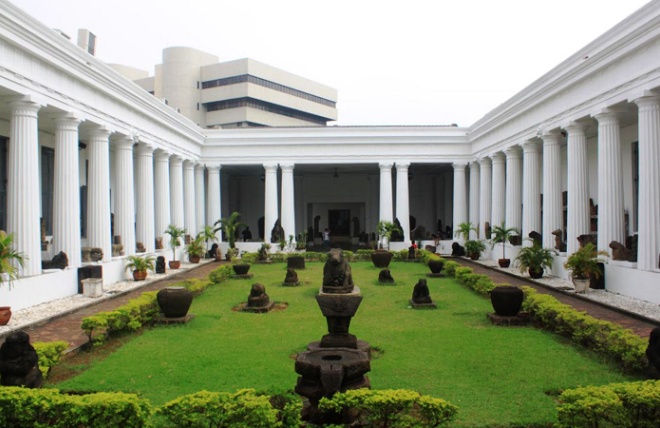 In this house you can see:

The other part of the museum, a new 7-storey building, is called the “House of sculptures” because of the large collection of statues of different times. Here you can see expositions on religious, ritual and ceremonial themes (4 floors of permanent expositions are devoted to them), as well as administrative premises (occupy the remaining 3 floors).

The National Museum of Indonesia is located on Merdeka Square in Central Jakarta, Indonesia. To visit it, you need to take buses #12, P125, BT01 and AC106. The stop to get off is called Merdeka Tower.

This is the main museum of the capital and the country as a whole, and objectively it is really the best museum in Indonesia. There are a huge number of fossil artifacts, large statues found during archaeological excavations, as well as an ethnographic section. The most interesting part of the exhibition is on the 4th floor of the museum – it is a large collection of jewelry. But unfortunately, you can not take pictures of this collection, even with a cell phone, because they are very closely monitored. In the rest of the museum, you can safely take pictures of whatever you want.

The National Museum is very clean and neat, everything is signed in detail and duplicated in English. A colorful guide to the exhibition is given with the ticket. Don’t expect too much from it compared to even some Russian non-metropolitan museums, but it is definitely the best in Indonesia. 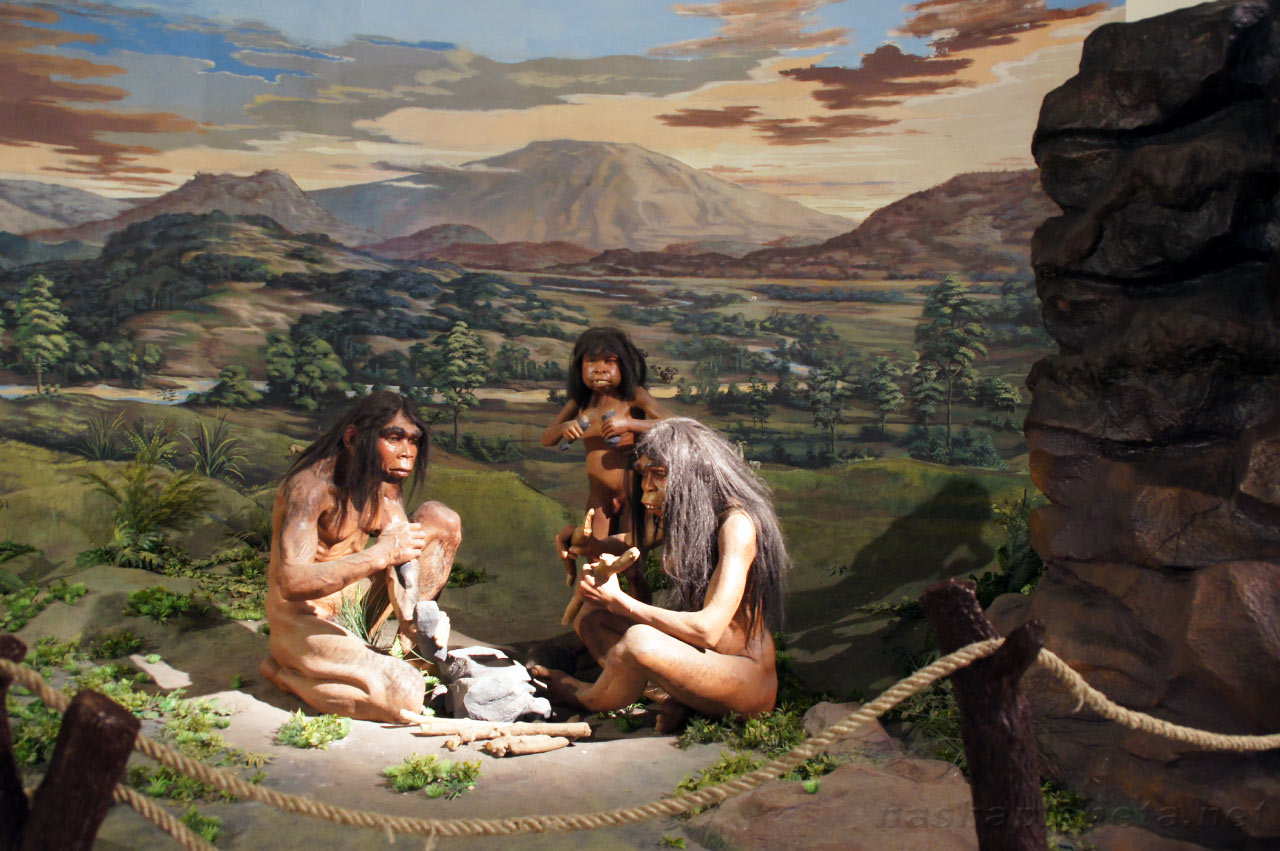 The exhibit at the museum.

Re: travel guide for Jakarta and the island of Java. Java Zheka May 20, 2020 Hello! Add the clarification that Merapi Volcano is closed, and has been for a long time .

READ
Victoria and Albert Museum in London, photos and exhibits

Re: Путеводитель по Джакарте и о. Ява admin 20 Май, 2020 r>And in general it is closed only for climbing the slope, and tours to observation points are still available. And as an alternative, trekking tours are offered to the neighboring volcano Merabu, which offers a view of Merapi. .

NashaPlaneta.net uses cookies. “Cookies” are small files on your device that store information about previous visits to the website. If you stay on our site by reading this message, it means that you agree to our use of cookies. Read more.