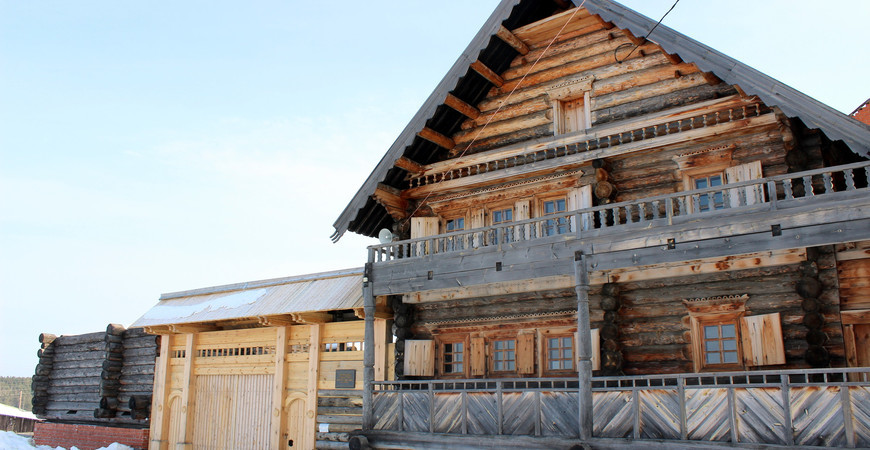 Museum-reserve of wooden architecture and folk art in the village of Lower Sinyachikha, Sverdlovsk region – a wonderful place, visiting which you can see the old wooden architecture, learn about the way of life of the village. On the territory there is a church of Transfiguration of the end of the XVIII-beginning of the XIX century, chapels, samples of peasant households of the XVII-XIX centuries with restored interiors, an inn, a mill, a smithy, a fire station and other buildings. The highlight of the exposition of the museum is a collection of Ural folk paintings on wood.

The reserve museum is named after its founder and first director, Ivan Danilovich Samoilov, a local historian, whose efforts helped to collect and preserve the endangered types of wooden buildings and objects of folk art. He began with the restoration of the Church of the Transfiguration of the Savior, and local residents were actively involved in the work. In 1978, a museum was opened in the church, which housed samples of folk art of the Urals, and at that time it did not have the status of the state.

Over time, the museum began to be replenished with buildings found in the area and transported by Samoilov, which are a striking heritage of wooden architecture. The institution has a branch in the village of Kopetelovo, it is also worth visiting this atmospheric place to see a peasant hut preserved since the 17th century, which was the very first in the village. Also, travelers will find an interesting story about the life of peasants, their traditions and crafts. Here you can also see an interesting collection of farm implements.

Walking around the territory of the museum-reserve, you can enjoy the architecture of the buildings, inside some of them there are thematic exhibitions, in the peasant houses it will be interesting to see the recreated environment.

The Church of the Transfiguration of the Savior attracts attention by its beauty and atypicality of construction – polyhedrons are rare both in the Urals, and in Russia as a whole. Walls and the dome of the temple are decorated with frescos. The temple has 2 floors, earlier on they housed winter and summer churches, and now the objects of religious cult and a collection of folk paintings, respectively. The paintings on wood amaze with bright colors and craftsmanship, they decorated the interior of houses – walls, ceilings, doors, pieces of furniture and tools of women’s labor (spinners, rubels).

Mineral paints were used for paintings, the subjects include vegetable ornaments, images of people and animals. The exposition even includes a part of the house – a white upper room, designed to receive guests. It is hard not to admire its elegance. Although it is a museum, but during major Christian holidays, services are held here on the first floor.

In a modest-looking chapel in the name of Saints Zosima and Savvatiy of Solovetsky there is an exhibition devoted to woodcarving. Among the items are cornices, platbands, expertly decorated with carvings, there is also a model of the church, which was planned to be moved to the museum. Unfortunately, this could not be done – the building was destroyed in a fire.

Many people are impressed by peasant farmsteads with dwellings and outbuildings, inside some of the premises you can see household items and tools. On the territory of one of the farmsteads there is a bathhouse. The cottage of a well-to-do peasant looks especially smart with carved platbands; inside there is a stunningly beautiful white upper room with murals.

In the building of the plant office there is an exposition devoted to the museum’s founder, who thanks to his enthusiasm created such a wonderful place in the open air.

You also can’t miss the windmill, which stands picturesquely on the riverbank. Once inside, you can learn about the history of the development of mills, their types and principles of operation. There is also an exhibition of ancient tools for flour production – the collection includes millstones, mortars, pestles and other items.

Also on the territory there are other chapels, inn, blacksmith shop, fire station, ostrog tower and watchtower.

Itinerary for the weekend: we go to the Reserve of the Past in Nizhnyaya Sinyachikha 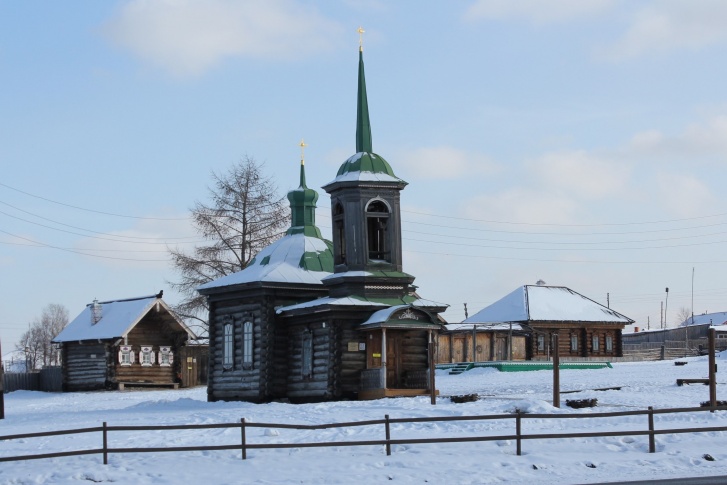 Last time we told our readers about the ancient village of Aramashevo, today we continue to explore the Alapaevsky area and go to a unique museum-reserve. The exhibits in it do not lie on dusty shelves, and stand in the open air, because these are huts, barns, mills. They were brought to the Museum of Wooden Architecture in Nizhnyaya Sinyachikha and assembled anew, so now visitors can see the miraculously preserved structures of the past in one place.

Psychologist Tatyana Novikova and coach Alexandra Tsybina told us about their journey to Sinyachikha.

The museum of wooden architecture was founded in the late 70s by Ivan Danilovich Samoilov, a local historian from the Urals. After the Great Patriotic War he worked as a land engineer, but his passion was the restoration of old buildings. Only the Church of the Transfiguration in Nizhnyaya Sinyachikha he restored for ten years.

– Samoilov brought from all over our region exhibits – real peasant huts of XVI-XIX centuries, chapels, wells, fire towers, mills – says Alexandra Tsybina. – I took them apart one by one and then recreated them in my museum. I was amazed at how much one person can do when he loves his country and what he does! 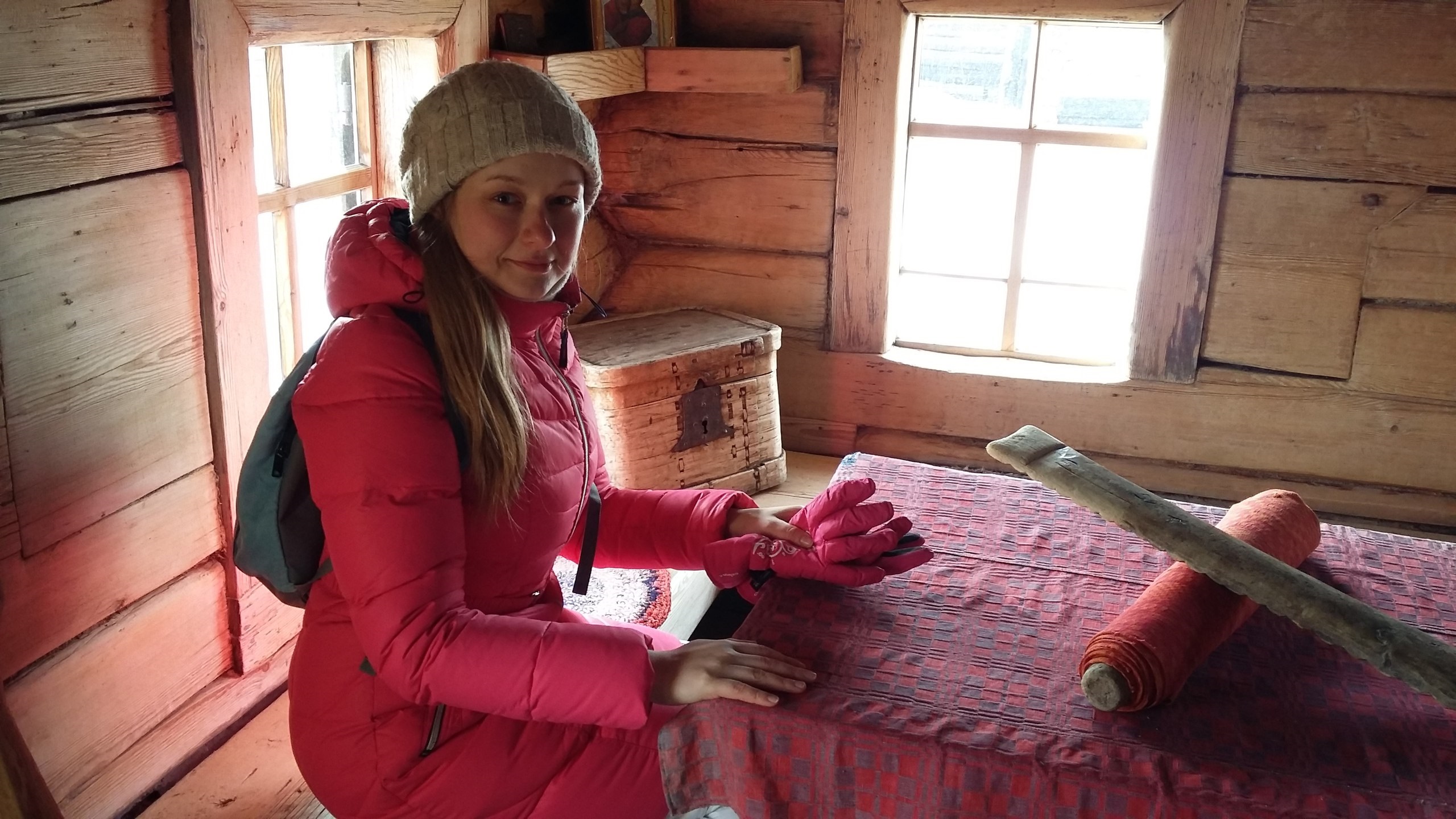 – The museum complex is very large and looks like a small village, consisting of houses and vegetable gardens, – says Tatyana Novikova. – You can go into each house and immerse yourself in the life of a Russian man. Interestingly, the villagers themselves are both tour guides and actors, passionately playing their roles, creating an atmosphere. I was especially impressed by the large collections of nadumennye paintings and all kinds of spinning wheels, handmade carpets and other utensils.

You can come to Sinyachikha at any time, but it is especially interesting on holidays – the Day of the Holy Trinity, Epiphany, Apple Feast. Tatiana Novikova visited the museum on Shrovetide – and she learned about how this holiday was celebrated in ancient Russia, and she was treated to pancakes. Children were entertained with contests and dances, and everyone attended a master class on making amulets and sleigh rides. 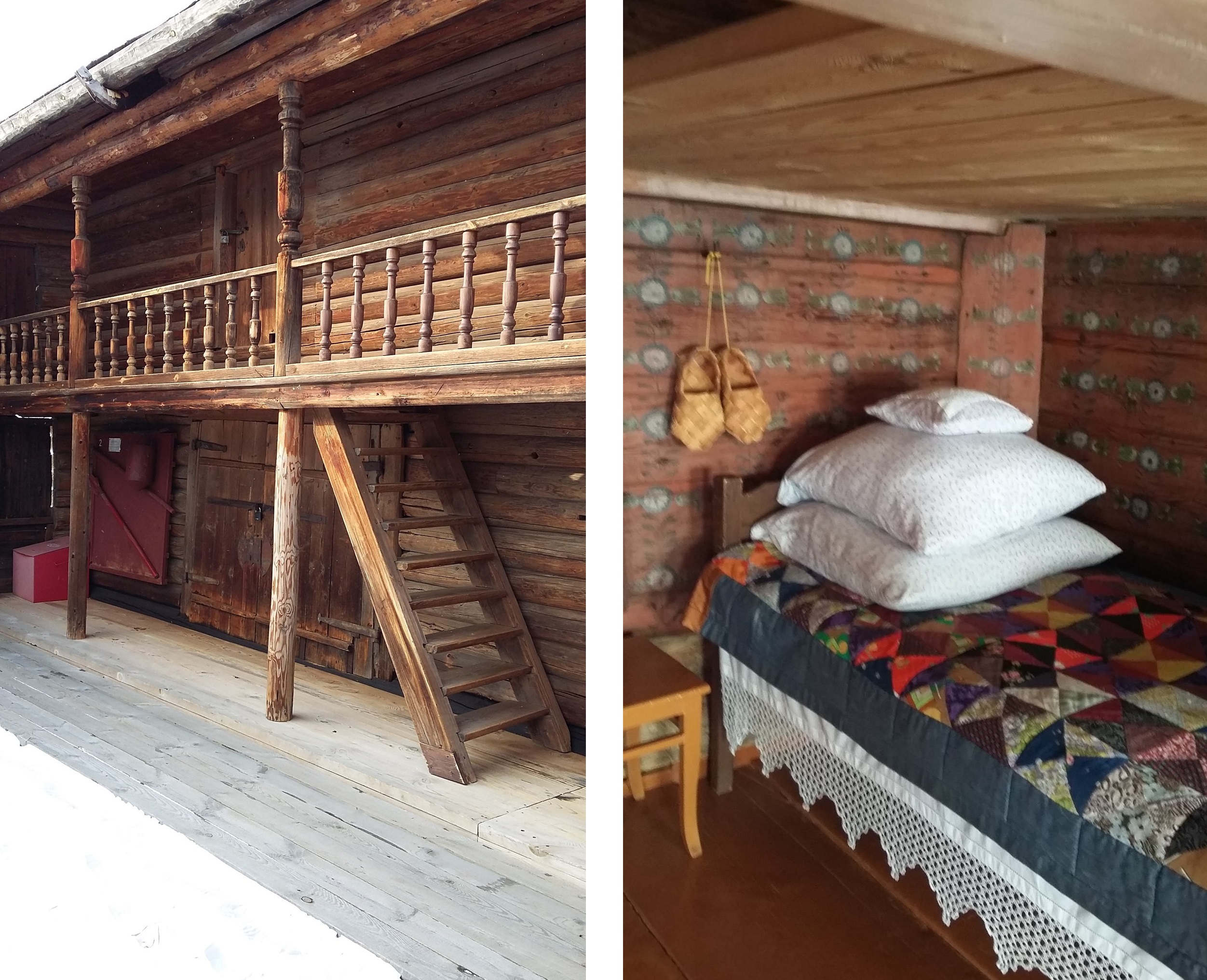 The tour around Nizhnyaya Sinyachikha begins at the Church of the Transfiguration, which was given for the exposition.

– On the second floor of the church, there are paintings on the walls of peasant huts from the eighteenth and nineteenth centuries. It was the first time I had seen such things, and they seemed very amazing! Such an analogue of modern wallpaper,” recalls Alexandra Tsybina. – Only well-to-do peasants could afford to paint on the walls.

There is a museum devoted to the history of the village near the church. 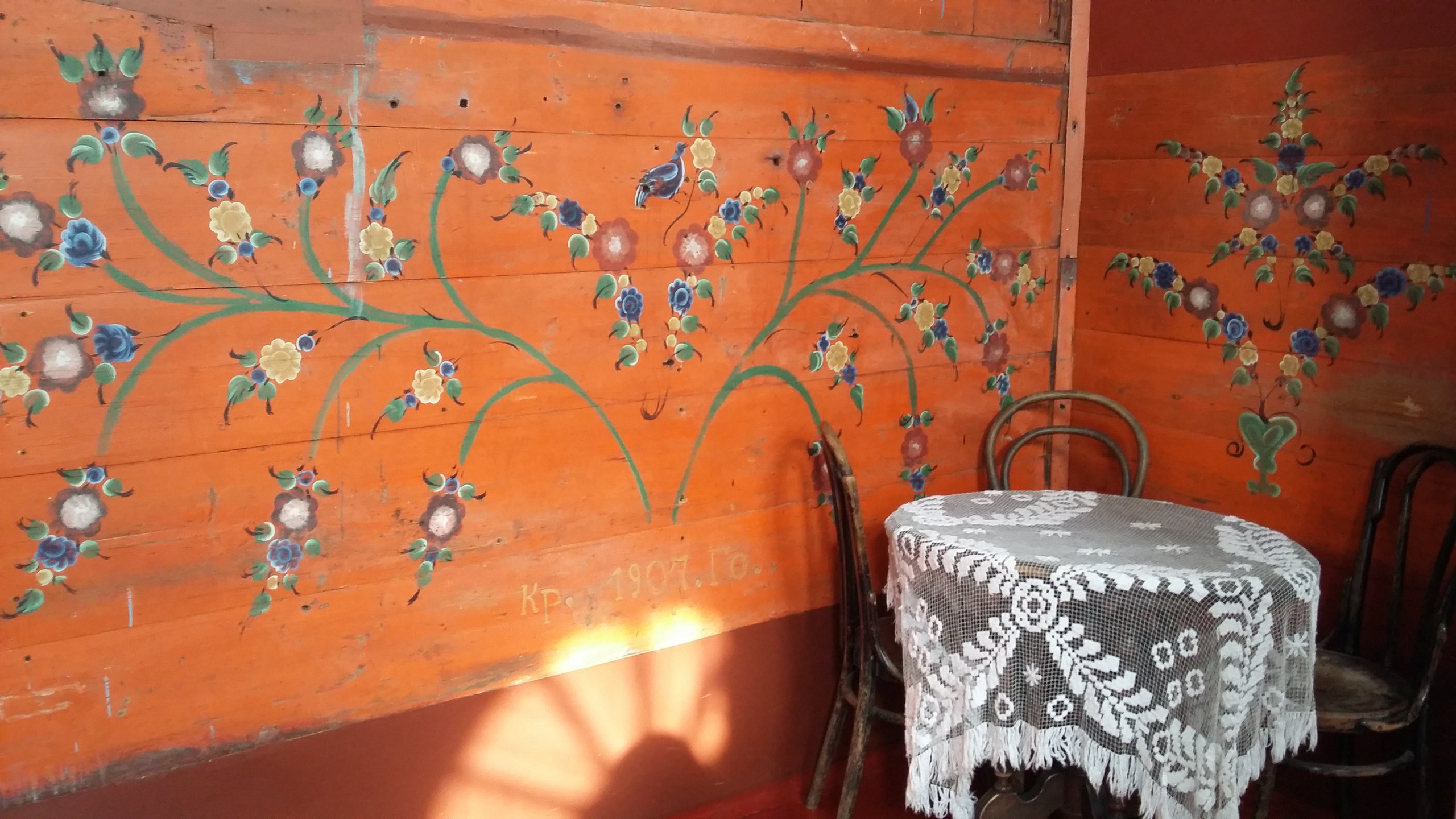 The museum has the world’s only collection of folk paintings on wood. 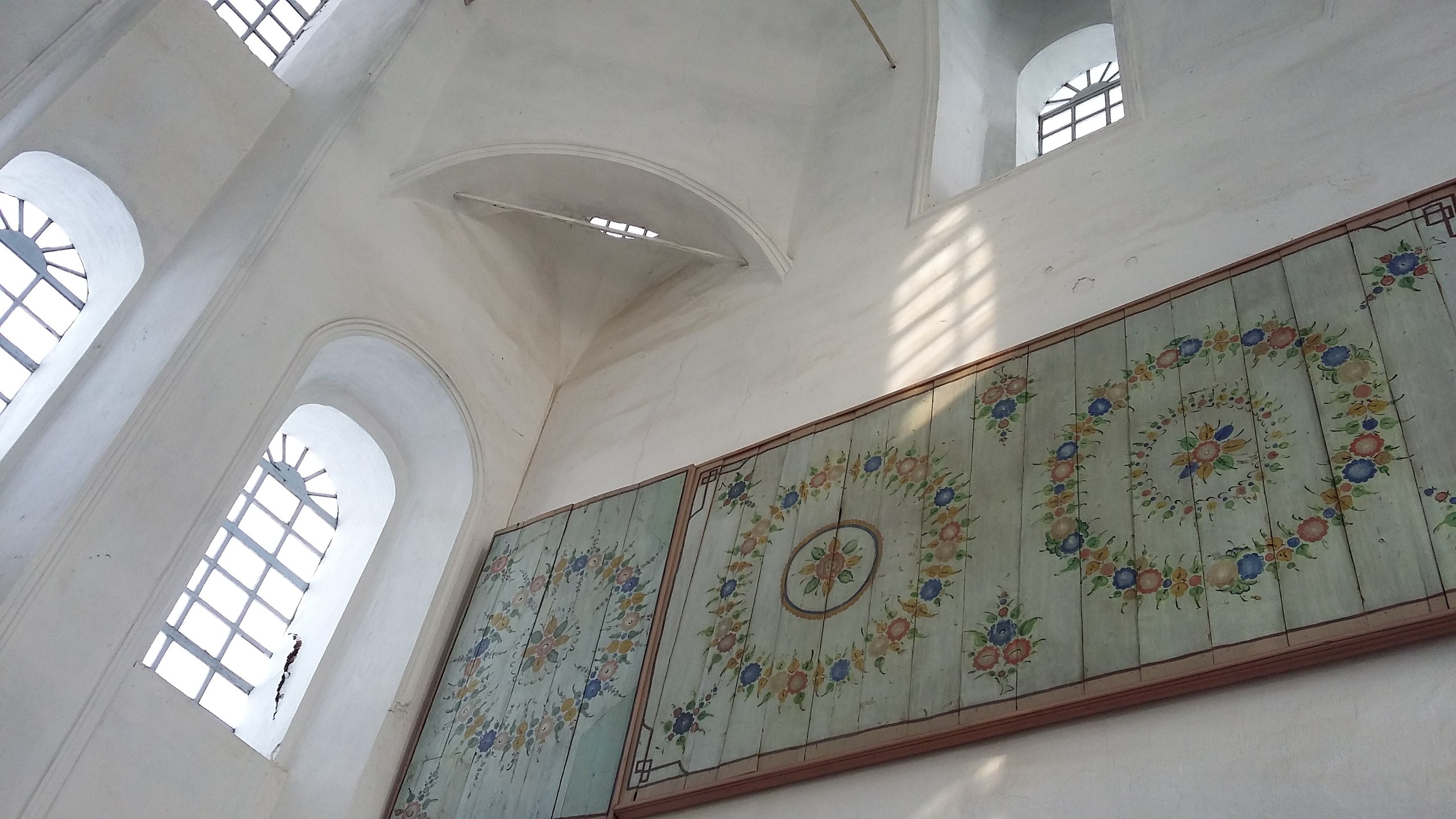 What else can a tourist see?

Alexandra Tsybina advises those who go by car to look at Alapaevsk. Pyotr Ilyich Tchaikovsky spent his childhood in this city. In the composer’s house-museum there are preserved furnishings of centuries ago, there are also musical instruments of different peoples of the world.

– The tour runs in one breath, very bright, colorful, interesting, accompanied by music and playing on different instruments by the guide himself, – Alexandra shares her impressions.

The E1.RU correspondents, by the way, have already been to Tchaikovsky’s house-museum, you can learn more about it at our virtual excursion. 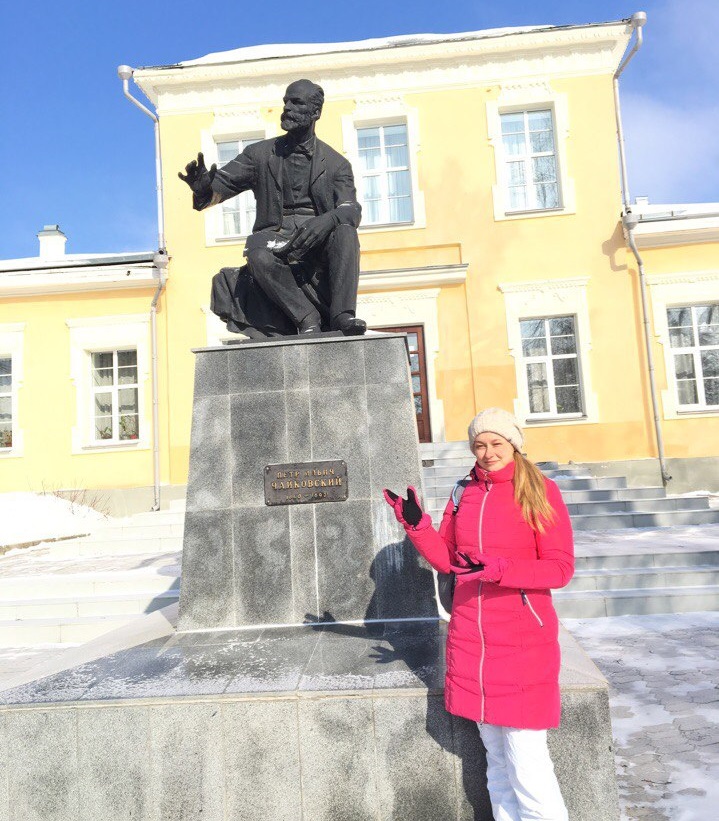 Monument to Tchaikovsky in Alapaevsk. 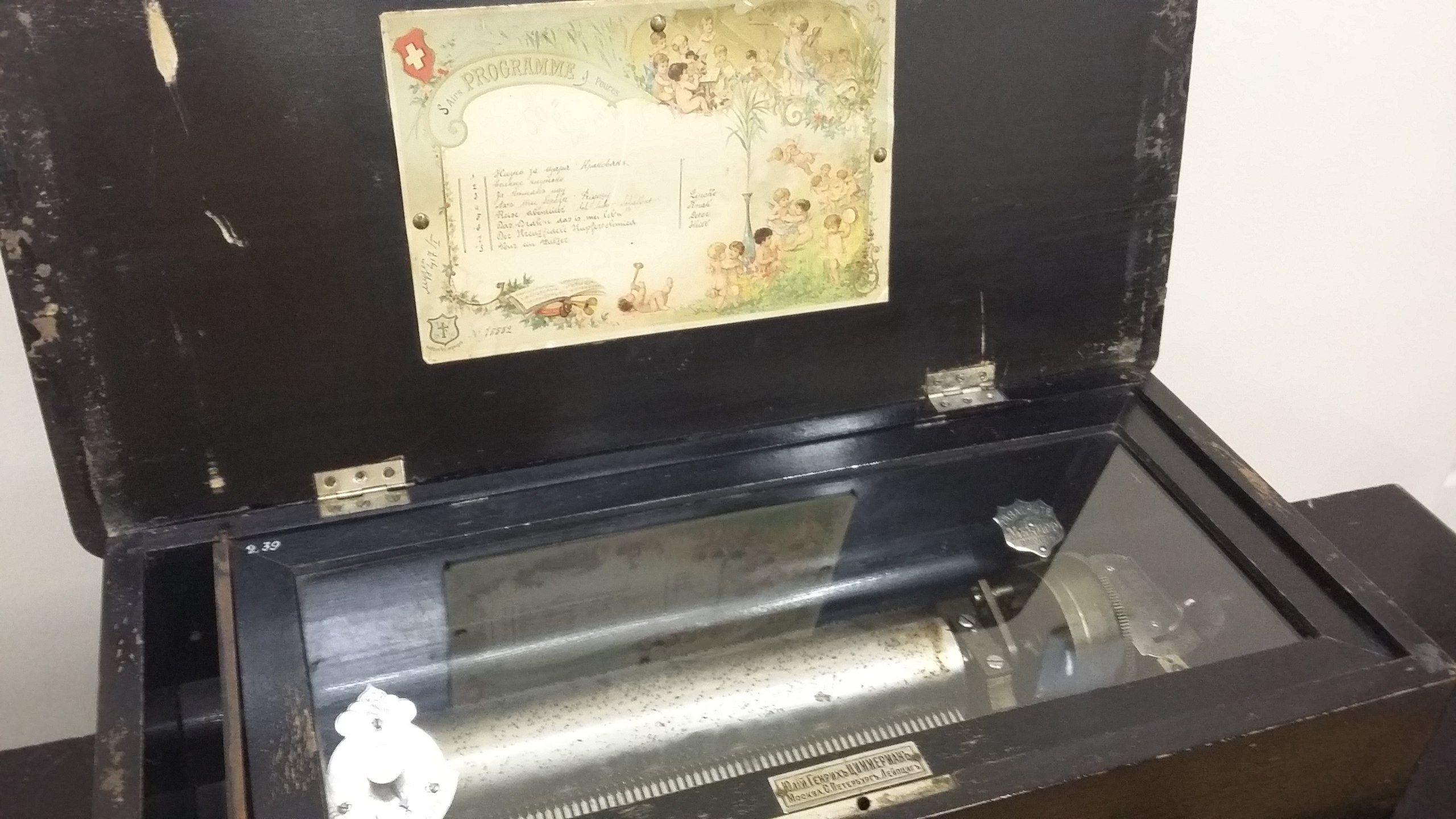 Another landmark in Alapaevsk is the church and memorial dedicated to Grand Duchess Elizaveta Feodorovna, the sister of the wife of Nicholas II.

– The church is very bright inside. Those who like to visit holy places, I recommend to visit – it was in Alapaevsk Elizabeth Feodorovna spent the last months of her life before her tragic death – advises Alexandra Tsybina. 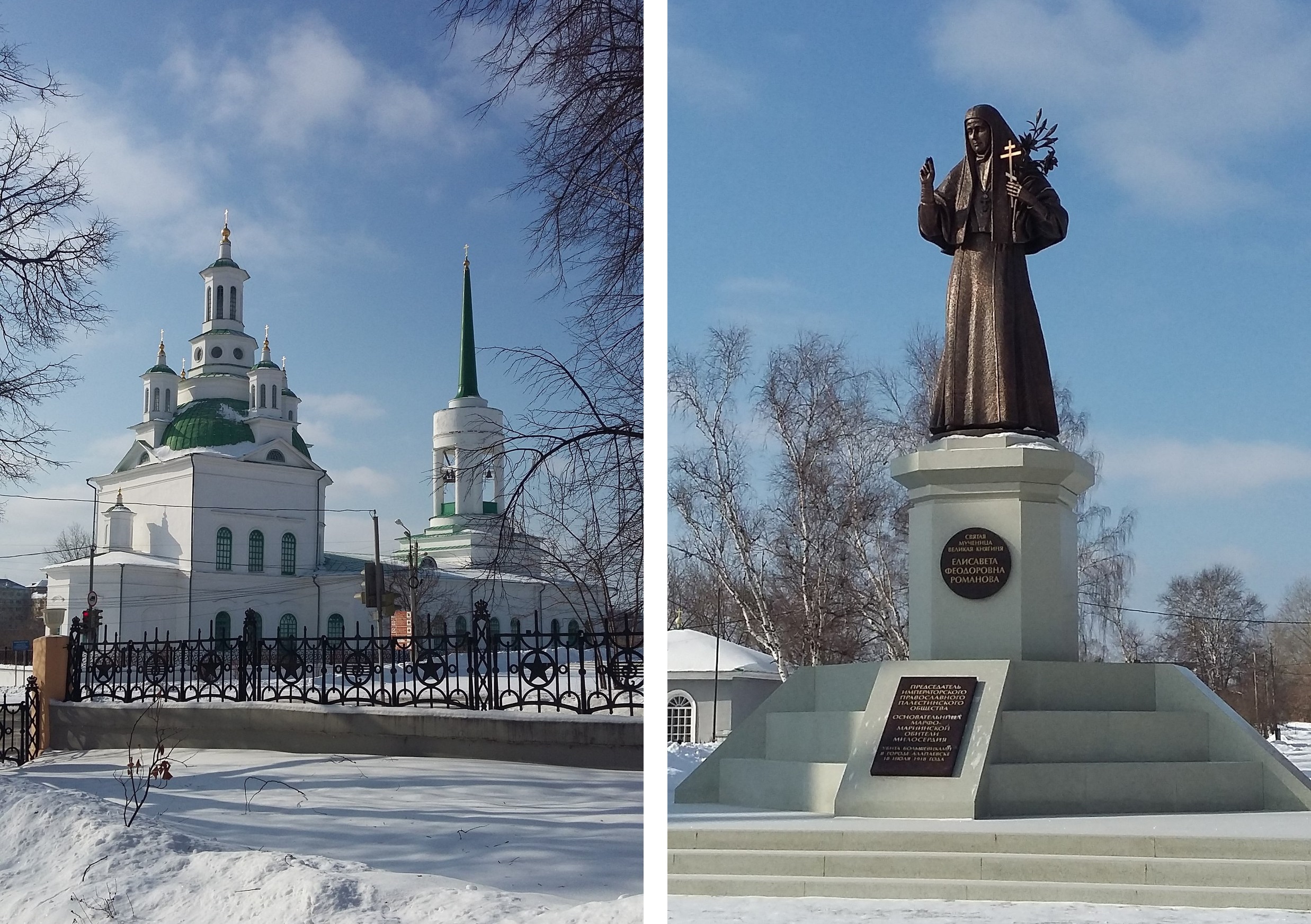 The church and a monument to grand duchess Elisabeth Fyodorovna

Not far from Alapaevsk is also the place where the Grand Duchess died – she and other members of the Romanov House were thrown alive into the Novaya Selim mine. Now there is a temple complex at this place. It has a chapel and a male monastery of the New Martyrs of Russia, near the construction of the temple, which is expected to open next summer. The mine is fenced in and stands alone. 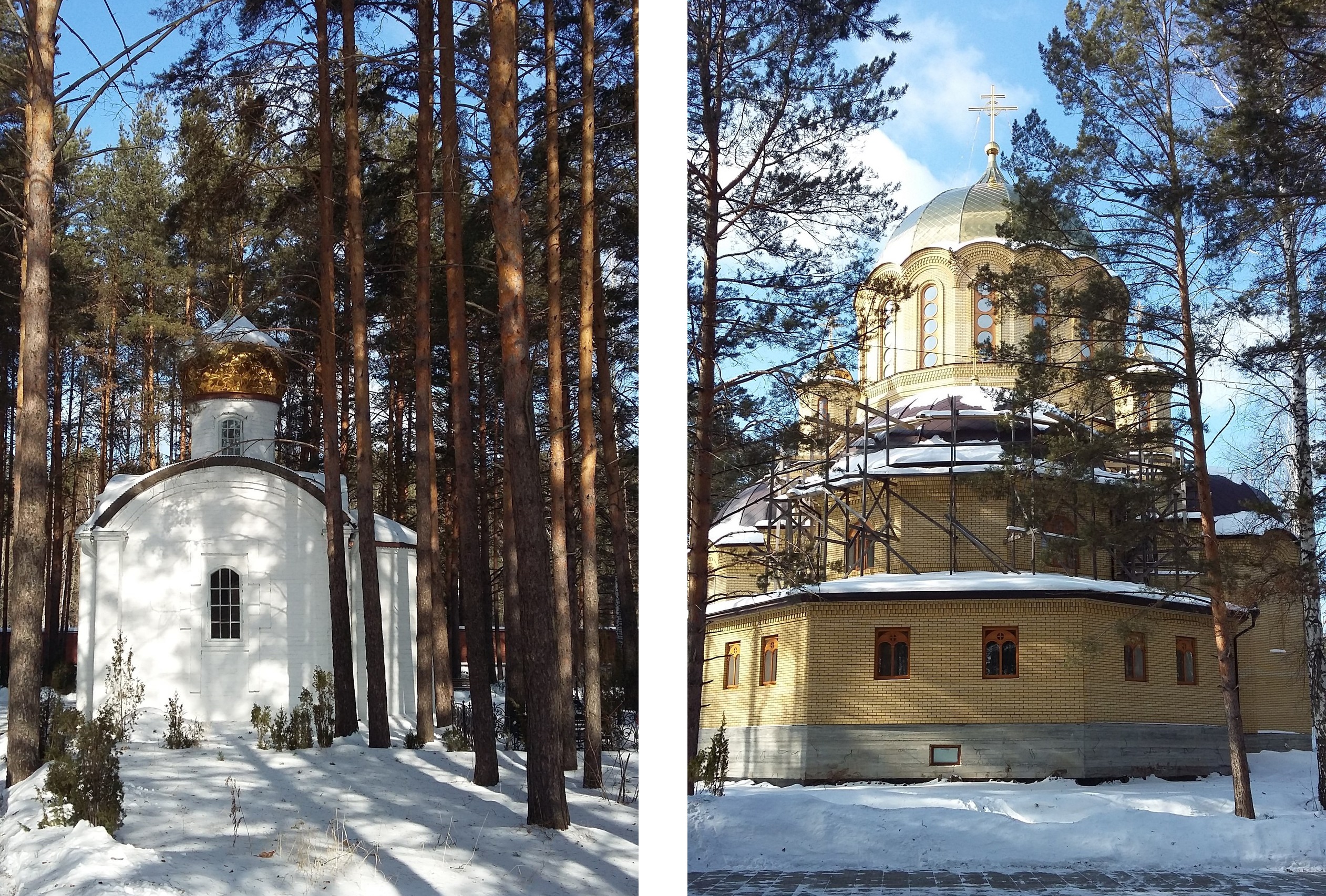 Chapel and temple under construction on the place of death of the representatives of Romanov’s house.

From Yekaterinburg to Nizhnyaya Sinyachikha there are many organized tours that include everything, including the bus. For independent tourists, there are several ways to get to the place.

Bus. From the Northern bus station several times a day depart for Verkhnyaya Sinyachikha. The road from Yekaterinburg will take three hours and 423 rubles. From Verkhnyaya to Nizhnyaya Sinyachikha you can take a local bus or a cab. The road passes just past the church and monastery of the New Martyrs of Russia.

By electric train. You can get to the village-museum by train, but you won’t like this way. The suburban train to Alapaevsk departs twice a day, and quite late. Then you still have to go to Sinyachikha station, so you risk being in place closer to the night.

Car . This is undoubtedly the quickest and most comfortable way to get to Nizhnyaya Sinyachikha. From EKAD we drive out to Rezhevsky tract, pass Rezh and Alapaevsk – and here we are on the rocky banks of Sinyachikha river, surrounded by huts, smithies and mills. Experienced tourists warn: there are very few good cafes with restrooms on the route.