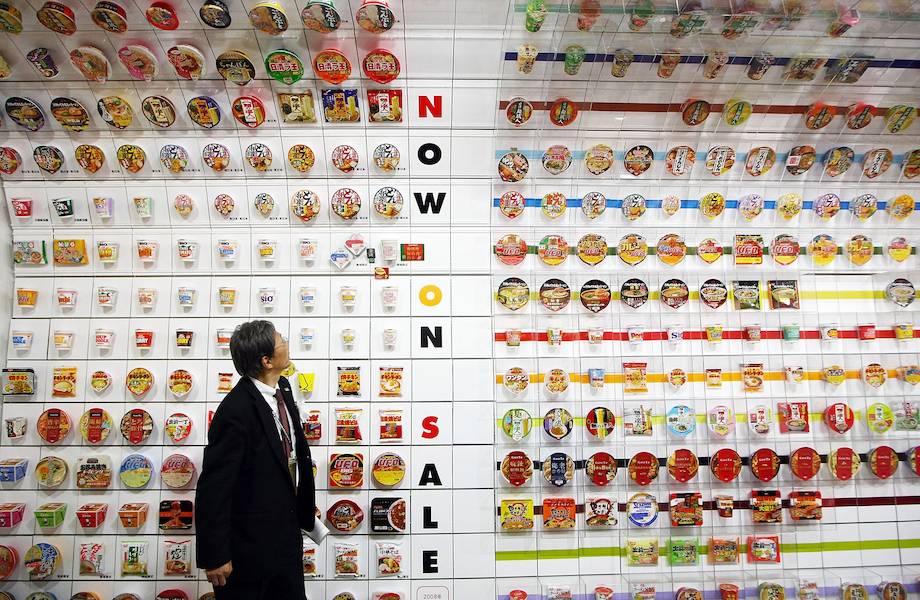 Now there probably isn’t a person in the world who hasn’t heard of instant noodles. You should agree that instant noodles have had a major impact on the world. In fact, we owe its appearance to a Japanese man – Momofuku Ando, also known as Mr. Noodles. The half-finished product he made has been called the greatest invention of Japan in the 20th century.

Since then, the excitement for this dish has been growing day by day: ramen production in Japan, as well as in other countries, began at a great pace. Now it’s not hard to find this product on the shelves, it’s present in different packages and with a variety of flavors.

However, in our country it is still not as popular as in Japan. On this occasion, there opened a museum dedicated to this semi-finished product. It is called Cup Noodles.

There are a lot of interactive exhibits on display, about which absolutely everything is told. But the most interesting thing is that the museum is divided into several sections. We will look at them now. Here you can cook chicken noodles by yourself, and it is really interesting, because this way you can observe the very process that led to the appearance of the first ramen in the world. 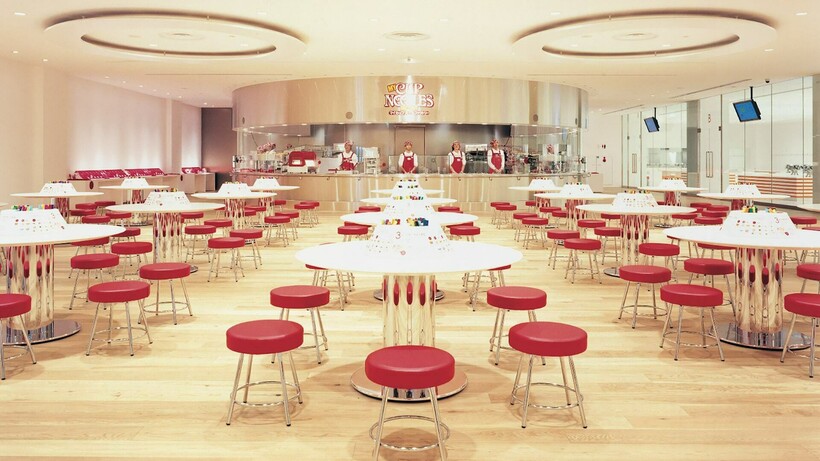 One of the most interesting departments, because there you have an opportunity to create. You can choose a soup of four varieties and fill it with a filling of 12 varieties. There is a total of 5,460 flavor combinations.

And here works an age restriction: children from three years old and those who are at least 90 cm tall are allowed. “Noodle Net,” “Condiment Pool,” “Virtual Fryer,” “Upside Down Tunnel,” “Catch the Stuffing,” and “Ready to Go” are all names of exciting attractions, and all of them, without exception, have a direct relationship to noodles. 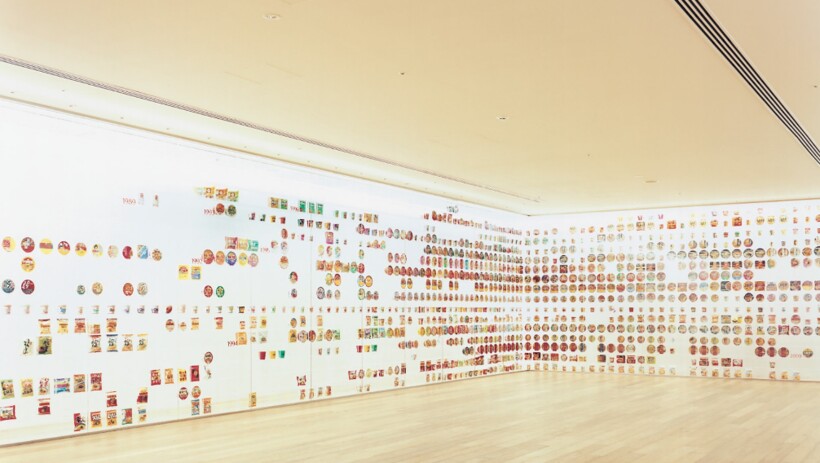 Here you can find a room with ramen packages on the walls, and all kinds of ramen are represented: from the first chicken ramen to the last one that was invented.

The theater will tell the story of the hardships that Ando overcame. There are no complicated meanings in this program: everything is explained simply and understandably, which is not surprising, because even small children are allowed to watch it. 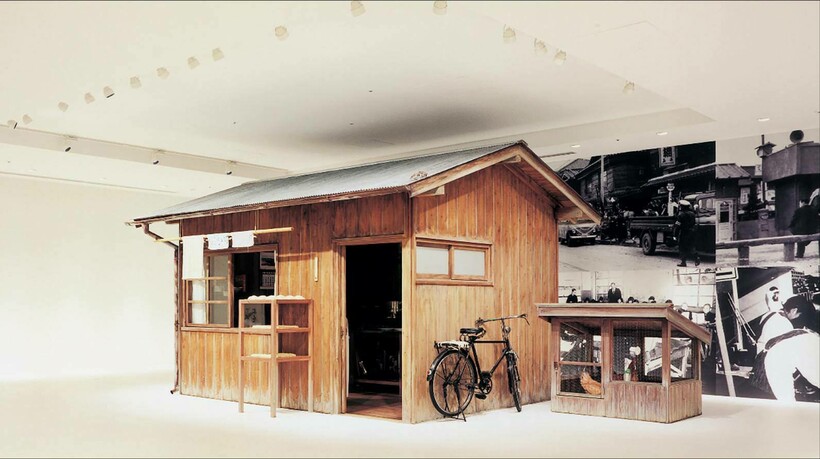 This is the “holy of holies” for all noodle lovers. The genius conducted experiments in the barn, and specialists created an exact copy of it, and then installed it in the museum. The authors of the work hope that this way they can convey to people one very important thing: to create an invention that has changed the world, you do not need the most advanced technology, the main thing – the idea.

This department is divided into six rooms, some of which showcase the inventor’s amazing ideas, indicating his creative and limitless thinking. By design, visitors can unleash their creativity there. 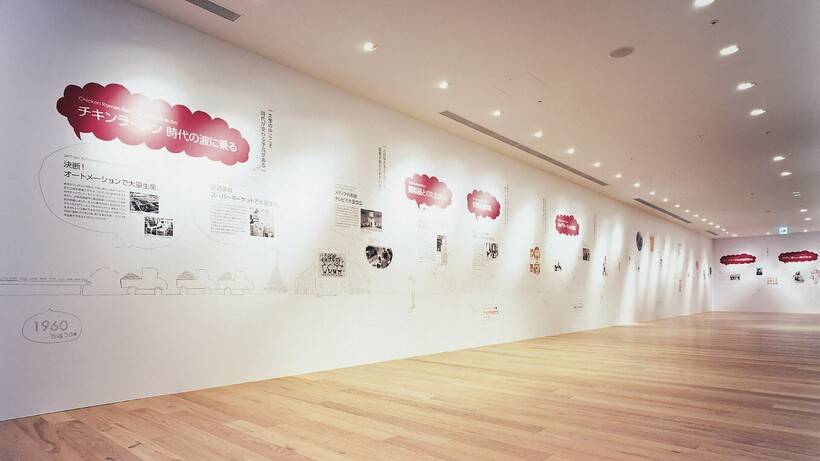 In this department is a 58-meter panorama dedicated to Momofuku. The huge painting depicts images from the creator’s life, periods of his life, and cute illustrations. 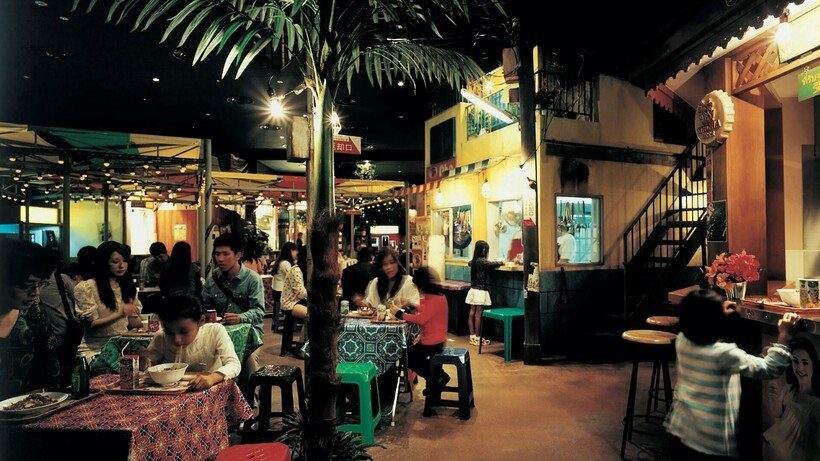 The bazaar is filled with a variety of furniture, which gives it the atmosphere of an Asian night market. There are also eight stalls with eight varieties of noodles, believed to be the ones Mr. Noodles encountered in his quest. Items directly related to noodles can be purchased at the museum, with most of them only available there.

Behind the display case is a “mini-factory” for the production of red marbles – it’s quite a fascinating sight, however, you can see it all for yourself in the video.

If you liked this material then we recommend this article , in it we tell about 10 most outrageous museums of the world that will definitely surprise you.

When we talk about Japan, the first thing that comes to mind besides anime series and tech is instant noodles.

They are loved in all Asian countries, and in Japan they are so adored that an entire museum was opened in the city of Yokohama in 1994. The ramen noodle museum has three floors. Nissin Foods, an enterprising company that produces instant noodles, decided to celebrate the 40th anniversary of the first chicken noodle and promote its product once again.

But in the museum you can see not only the noodles of this Japanese company, but also ramen from all over the world, as well as conventional pasta.

In the museum visitors can also watch all the stages of making noodles: from kneading dough to cutting and drying. This process is especially interesting for children, so there is no shortage of people willing to take part. There, in the museum, you can try the noodles in any of the available flavors. The concept of the museum is that everything related to instant noodles is in one place and you can find the dish you like there as well.

Usually the noodles just need to be boiled with boiling water, adding the right seasonings from the sachet. It’s so simple that millions of packets are sold each week around the world. In a 2015 poll of Europeans and Americans, Japanese instant noodles topped the list of “the best Japanese food you’ve ever tasted.” Residents of the Land of the Rising Sun believe that ramen is not easy to make, there are many variations of ramen, so that its cooking is even called a “gastronomic attraction.” Japanese noodles consist of many components: a soup is mandatory (it can be fish or meat miso soup), one of the 4 types of ramen, and the filling, for which anything is used: eggs, fish, bamboo shoots, bacon, etc.

READ
Museum of Lard in Lviv, address and menu of the institution

On the first floor of the museum, visitors can see various packages of noodles, learn about the history of the product, and see dishes in which ramen is traditionally prepared. On the second and third floors, you are transported back to the Shōwa period in the mid-20th century, to Shitamachi Street, an old district of Tokyo, where there are several small cafes specializing in ramen. There visitors can try the noodles with the ingredients usually added to them in Japan: seafood, vegetables, mushrooms, and so on. A total of nine types of dishes considered most traditional for certain parts of the country are offered. And for those visitors who can’t eat a huge ramen dish but would like to try all the flavors, there are mini ramen, smaller portions. The era for making ramen is not chosen by chance: the first instant noodles appeared in 1958. The dish came from China, when Chinatowns appeared in port towns in Japan. They were the first to serve noodles there. Later, Japan got its own distinctive way of serving it: Chinese ramen soup is served without noodles separately, while in Japan you cook special ramen soup with the number of ingredients ranging from 5 to 40.

Since then, ramen has spread all over Japan. There are their own fast food chains where instead of burgers you are offered a hot meal: a plate of wheat noodles. Branches of these famous chain restaurants-such as Shinasobaya, Keiyaki, Hachiya, Fukuchan, and Komurasaki-are also at the museum. A ramen restaurant from Germany opened in 2013, the museum expanded in 2014 with a branch of the American restaurant Ikemen Hollywood, also specializing in ramen, and in 2015 the Milanese pasta restaurant opened here.

In addition to places where visitors can eat noodles, the museum has a mid-20th-century traditional-style bar, candy shops and souvenir stores with chopsticks, ramen bowls, cooking utensils and various souvenirs. There you can also make your own ramen noodles with all the additives you like.

The museum has its own Internet TV, which broadcasts programs on the history and variations of ramen serving around the world.