Panama Canal. What to know and interesting facts

For many years the Panama Canal has been considered one of the greatest and most complex wonders of construction in the history of mankind. It connects the Caribbean Sea, the Pacific Ocean and the Atlantic Ocean. It is one of the longest water connections and routes in the world. It is difficult to overestimate its importance. Its necessity and practicality were appreciated as early as the 16th century, but technological advances made it possible only in August 1914.

By the way, in 2014, the Panama Canal celebrates its 100th anniversary. For this date it is planned to open another string of locks, sponsored by China.

Before 1914 ships had to travel nearly 23,000 kilometers between such cities as San Francisco and New York. After the canal was built and put into operation, the distance is about 9,500 kilometers.

The Panama Canal is located in Panama City and is its main attraction. Panama Canal not once topped the list of the most visited places in the world and places worth visiting.

But more often Panama is a transit point, where you have a great opportunity to see such a wonder of technology as the Panama Canal. To save time you can rent a car which will be delivered to the airport and you can also return it at the airport.

READ
Hub Island, the famous island with one house for the entire area

The Panama Canal was controlled by the U.S. government until 1999, after which it was turned over to the authorities of Panama City. And it did good since the income in 2000 was almost 769 million dollars and in 2006 it grew to 1.4 billion dollars.

Today the canal not only serves as a worldwide attraction but also remains one of the most important and popular shipping lanes.

The Panama Canal has three cascades of locks, namely the Gatun, Miraflores, and Pedro Miguel. More than 12,000 different ships pass through the locks each year. The Panama Canal is open year round with no breaks or weekends. Traveling along the canal, you have a beautiful view of the jungle, different ancient lakes and marshes.

One of the best places to watch the ships in the canal is in the northeast of Panama, near the Miraflores lock. It is quite easy to get to it. First of all, you should go to the central bus station in Panama. You can do this on any bus that says Terminal. From there, buses go every 30 minutes to the lock gate.

At the bus station, you need to find exit #12, and then wait for a bus marked Gamboa or Paraiso. The travel time from the bus station to the canal is about 20 minutes. The cost of visiting the Panama Canal and the lock is about $7.

There is an observation deck where you can watch how the right amount of water is pumped out or pumped up to the level of the world’s oceans. There is a special reservoir on the Panama Canal called the Alajuela in case of the tidal waters of the world ocean.

The easiest way to get to Panama City from Tocumen International Airport is by cab, the cost is about $ 25. Also, be prepared for the fact that Panama is a city of traffic jams. This is due to the fact that virtually all roads are paid, respectively, at the entrance of the city create traffic jams. It also costs about $ 5 for a cab to the airport at Albrook, which is located on the Panama Canal.

The Panama Canal is used for transporting all kinds of boats from private yachts to simply gigantic tankers. The Panama Canal created a shipbuilding standard, namely the Panamax, which is 305 meters long, almost 34 meters wide and 26 meters deep and can pass through the Panama Canal.

Panama officially has its own currency, the Balboa, but the U.S. dollar is used worldwide.

The Panama Canal and all about it: length, width, history, photos

The Panama Canal is for shipping and connects the Pacific Ocean Gulf of Panama with the Caribbean and the Atlantic. It is located on the Isthmus of Panama, in the territory of Panama. The Panama Canal is 81,600 meters long, 150 meters wide and 12 meters deep. The official opening of the Canal occurred on 06.12.1920.

The Panama Canal connects the 2 oceans, the Pacific and the Atlantic, with a narrow strip of water. It is located in the tropical zone of the northern hemisphere. The geographic coordinates of the Panama Canal are 9°12´N latitude and 79°77´W longitude. August 14, 2014 was the one hundredth anniversary of the official start-up of the giant technical structure. 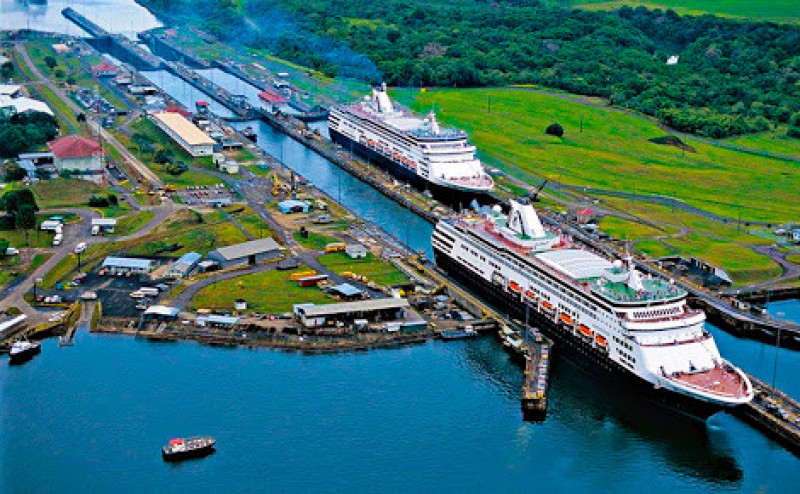 History of the canal

The original idea for the construction of the canal, which connects the two oceans, appeared in the 16th century. The Spanish King Philip II was a believer, so he forbade to consider this project. At the end of the 18th century the project was developed by Alessandro Malaspina. His team conducted a study of the route of the construction of the canal. 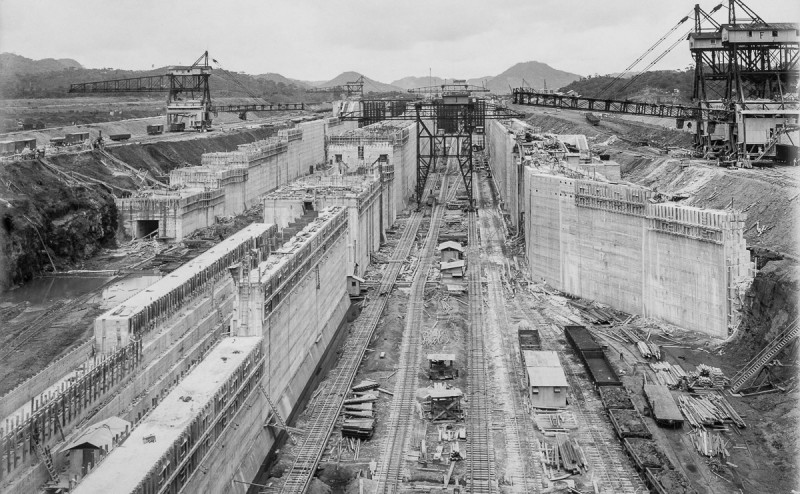 Who owns the Panama Canal

Because of the development of world trade, the construction of the canal began to be discussed again in the 19th century. In 1814, the Spanish approved a bill to build a highway between the oceans. In 1825 a similar law was passed by the Congress of Central America. The gold deposits in California provoked an increased interest in the waterway in America. In 1848 the states acquired in Nicaragua under the Hayes agreement the right to build any type of highway between the oceans. England, whose territory bordered Nicaragua, rushed to stop the States’ expansion. For this purpose the Clayton-Bulwer agreement was concluded on April 18, 1850. In it the states and England jointly guaranteed neutrality, the safety of the future highway. Throughout the 19th century it was decided how the main line would pass – through Nicaragua or Panama.

The first attempt to build a canal is dated only 1879. The initiative to create the Panama Canal was taken by France. America was considering the Nicaragua option. In 1879, the General Company of the Interoceanic Canal was created in the French capital. More than 800,000 people bought the organization’s securities. The firm purchased from engineer Wise for 10,000,000 francs the concession to build the highway through Panama. The World Congress, which had been convened before the organization was created, voted for a highway at sea level. The planned construction price was 658,000,000 francs. In 1887 the idea of a highway without locks was abandoned to reduce the amount of work. On December 14, 1888, the firm ceased payments, after which construction was halted.

By 1888, $300,000,000 had been spent on the construction of the Panama Canal mainline in Panama, with only one-third of the work done. The 1898 war between the United States and Spain strengthened America’s desire to build the Isthmus of Panama. In 1899 America created a committee to build a highway across the Isthmus, and the Senate appropriated 115,000,000 USD for the Nicaraguan option. In 1901, America formalized the Hay-Pownsforth Agreement with England, under which the U.S. acquired monopoly rights to build the main line without Britain.

The construction of the canal was begun under the direction of the U.S. Department of Defense. The construction work itself was started in 1904. John Frank Stevens was chosen as the supervising engineer. The construction work took 10 years, 400,000,000 USD and 70,000 workers, of whom about 5,600 died, according to U.S. information. On the morning of 10/13/1913, the head of America, Thomas Woodrow Wilson, pushed the button that caused an explosion that destroyed the last barrier in the canal.

The 1st ship through the mainline sailed on 08/15/1914. To strengthen its position on the approaches to the mainline, the United States bought the islands near the canal. In the late summer of 1945, the Japanese intended to bomb the main line. On September 7, 1977 in the U.S. capital, the heads of Panama and America formalized an agreement by which the authorities of Panama could control the mainline from 2000. On 23.10.1977 the treaty was ratified by the Panamanian parliament, and on 18.04.1978 by the U.S. Senate. The U.S. retained control over the highway until December 31, 1999.

The Isthmus of Panama

The Isthmus of Panama connects Central and South America. The countries that make up the Isthmus:

Geologists believe that the formation of the Isthmus of Panama, a narrow strip of land connecting North and South America, was one of the most important geological events in Earth history.

READ
The hidden beach of Marieta Island as a result of an explosion . Mexico

The land bridge that formed three million years ago between the two continents completely changed the direction of currents in the Atlantic and Pacific Oceans and formed the pattern of movement of ocean masses that we can observe today. It also facilitated the migration of animals and plants from one continent to the other. 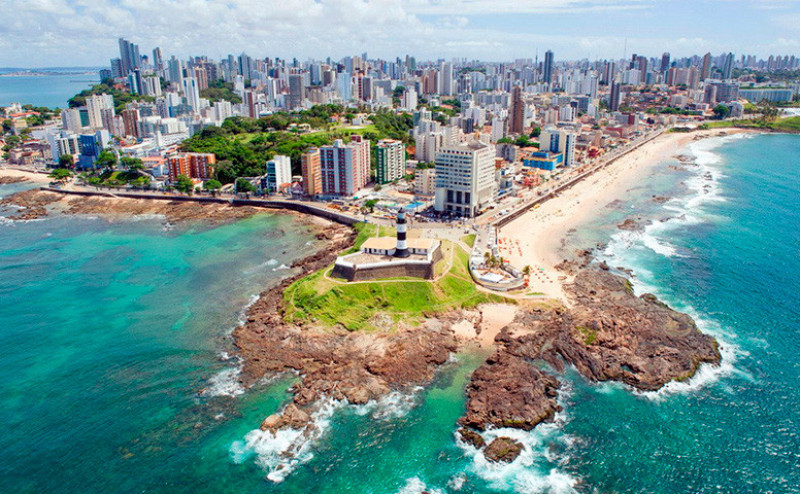 Interesting facts about the canal

The cheapest passage through the Panama Canal – 36 cents – cost adventurer Richard Halliburton, who sailed it in 1928.

Each ship is charged a fee to use the canal, which depends on its size, type, and amount of cargo. Richard Halliburton received permission to sail through the canal. It took him 10 days, of which 50 hours were spent actually sailing. The fee calculated based on his body weight was a record low of $0.36. 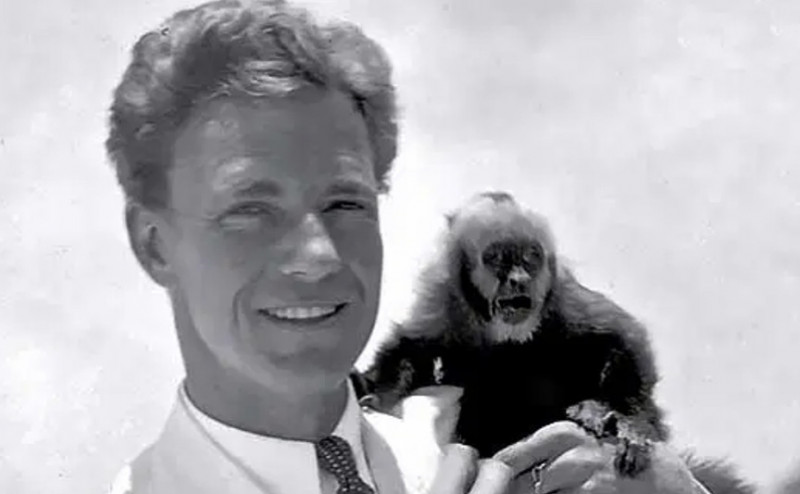 The Darien Gap in Panama is the only place where the longest highway in the world, the Pan American Highway, is interrupted. It is a network of roads totaling nearly 48,000 kilometers running from Alaska to southern Argentina.

The Darien region is a vast north-south tropical wilderness stretching from 60 to 80 kilometers wide on the border of Panama and Colombia. It is virtually impenetrable jungle, so water transportation has to be used to cross the Darien Gap.