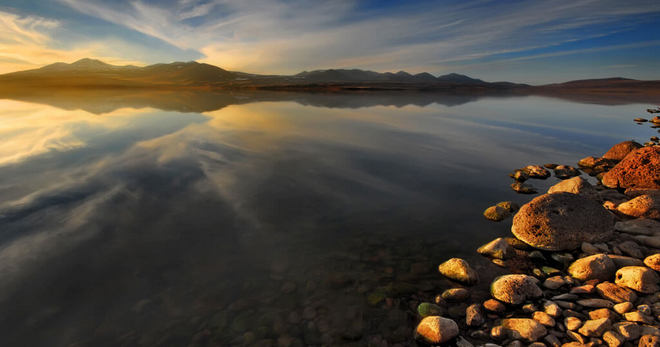 Lake Paravani is a pearl of Georgia, which attracts many tourists with its mystery. It is the largest water reservoir in the country with the area of 37,5 sq. km. Since the region borders with Armenia and Turkey, the lake is visited by many tourists from these countries.

What is the lake known for?

Paravani is located in the Samtskhe-Javakheti region at an altitude of 2073 m. Georgians call it Paravnistba or Faravnistba. The volume of the lake is 91 million cubic meters of water. In October and November, the water rises to its highest level, and in May and June it sinks to its lowest point. In winter, Lake Paravani in Georgia is blocked by ice, which thickness reaches 73 cm.

At first glance the reservoir does not differ much from other lakes. However, the Paravani has its own peculiarity, which is cloudy water. It is impossible to see anything deeper than 4 cm. The mystery, which rests at the bottom of the lake, is reliably protected by the harsh climate of the territory. 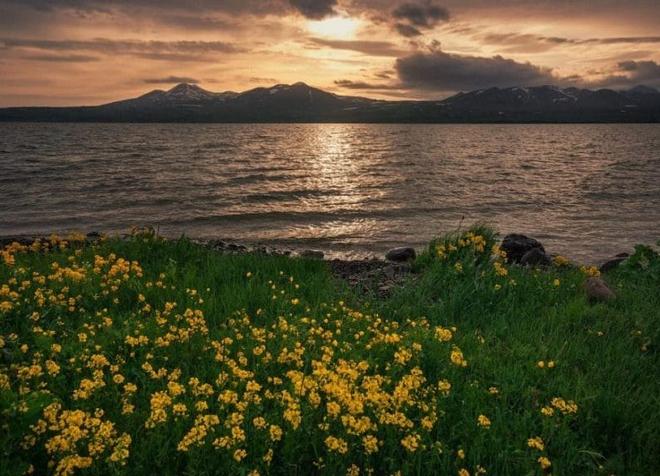 A sight at the bottom of the lake

From the first days of autumn to the end of spring frosts are rampant in this area. Only experienced divers can reach the bottom of the reservoir. It’s worth the effort to reach the goal, as at the bottom of Lake Paravani there is an unusual structure of great interest to archaeologists.

The strange object occupies an area of 900 sq.m. The first geophysical research could not explain what it is. Even archaeologists could not give a precise answer. To study the find, experts were attracted from the following areas: climatology, hydrology, geomorphology.

A special expedition was created at Tbilisi State University named after I. Javakhishvili which was engaged in a project called “Lake Paravani”. That’s how they dubbed the strange find. Professor Vakhtang Licheli was in charge of the research.

With the help of divers and the combined efforts of various scientists it was possible to make a drawing of an incomprehensible object. It turned out that at the bottom of the lake was a burial mound of the Bronze Age. After several dives the object gradually began to reveal its secrets. Various vessels, kitchen utensils and household items were raised to the surface. After studying the object scientists were able to call their age – IV century BC. 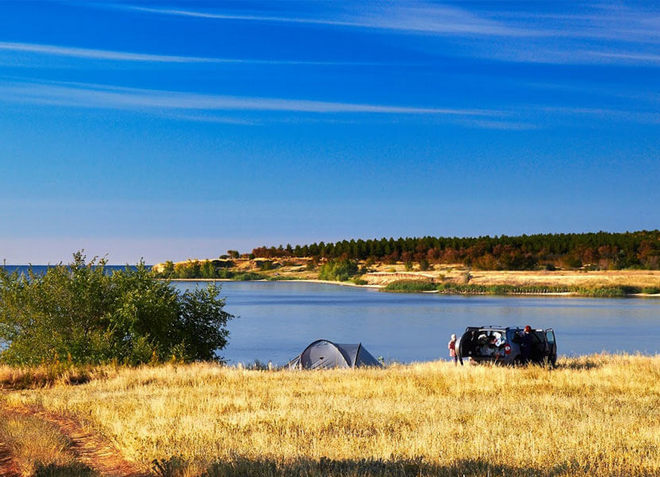 What other secrets does the reservoir conceal?

This is not the end of the surprises of Lake Paravani. During one of the dives a corridor leading into the heart of the mound was discovered. Divers found even more interesting objects around it, including household ceramics and painted piers.

Surprisingly, all the objects have been preserved in good condition. Research has shown that the master, who applied the glaze, knew his skills at a high level. The treasures lifted from the lake bed show that this area was inhabited by people with a highly developed culture. Further research, according to scientists, should answer the question of who they were. This will only be possible if divers get to the heart of the stone structure, which is extremely difficult to do.

How a burial of large basalt blocks of rough-hewn blocks ended up under water also remains a mystery. There are versions that because of the cataclysm the borders of the lake expanded, and the waters swallowed up the mound. It must have happened approximately in XIII century.

Tourists come here to see the alpine meadows. In spring, the area around the lake is transformed by a carpet of colorful plants. You won’t see any trees here, because they don’t just not survive in these conditions. The only tree that can resist the local climate is Caucasian pine.

READ
Sentinel Island and the Aborigines of the Stone Age. India. Description.

Lake Paravani is famous for the fact that the Dukhobors lived in the surrounding area until 1990. They denied religious rituals and built several villages, but could not get along with the mountaineers, so they moved to Russia and Canada. Today there is only one settlement with 150 people. It is a very ordinary village with small houses, but for someone who has never known about this religious movement, it is interesting to see how the Dukhobors live. 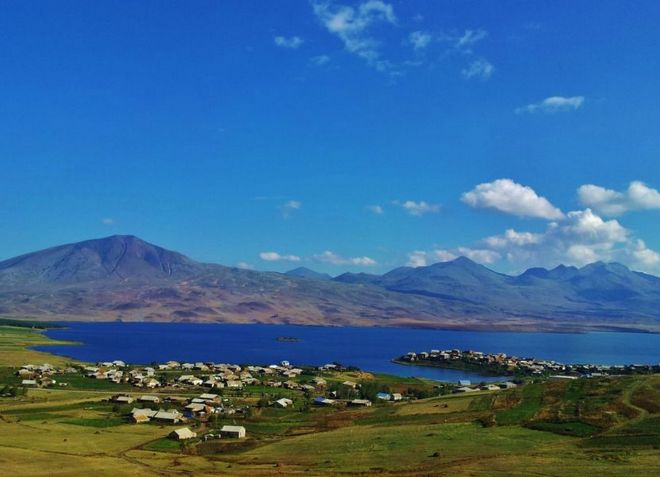 How do I get to Lake Paravani?

The reservoir is located in the south of Georgia, between the Samsari and Javakheti ridges. Therefore, you have to get by jeep or book a tour at a travel company.

Paravani is the largest lake in Georgia, which keeps a secret 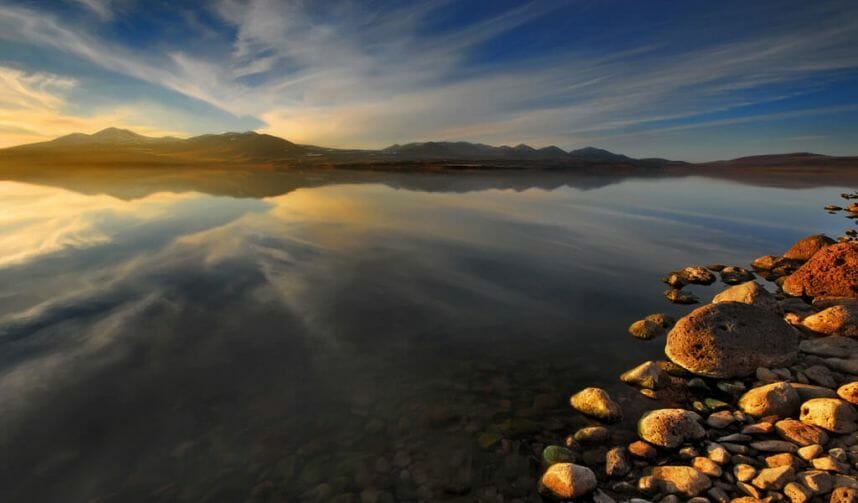 Paravani is the largest lake in Georgia. It is located in the historical region of Samtskhe-Javakheti, between the Javakheti and Samsari mountain ranges in southern Georgia.

Unlike the well-known resort of Sairme, the climate in this area is harsh. From mid-autumn to mid-spring there are frosts. In winter, the lake is covered with ice, which is usually 60-70 cm thick.

The lake is surrounded by incredibly beautiful alpine meadows, a real pride of this region. Spring is the most beautiful time of the year, when all the plants are in bloom. Blue, red and yellow they shimmer in the sunlight. 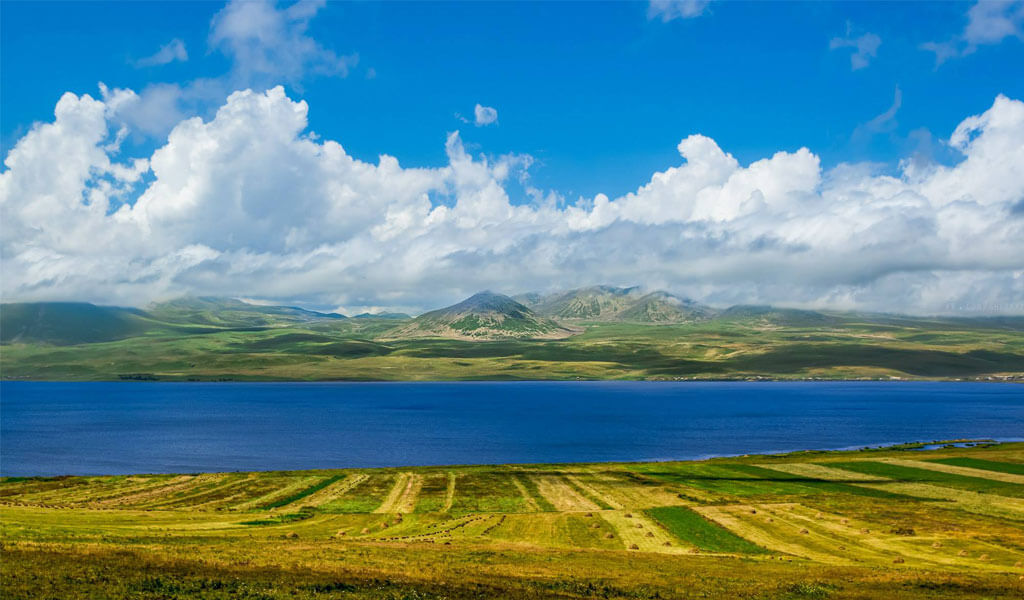 The soft green grass attracts to walk barefoot on it, and white fluffy clouds take the most unusual forms. There is an atmosphere of peace and harmony, you want to stay in this picturesque place as long as possible.

Recently it was decided to make the lake and the surrounding area an area of nature tourism. On the lake shore it is planned to plant about 5 thousand pine trees (only this tree is able to stand the harsh climate). So, soon this area will be decorated by a wonderful coniferous forest.

The mystery of the lake

The lake holds a mysterious and enigmatic history. The divers found at the bottom of the lake an unusual structure with a total area of 900 square meters, which greatly interested archaeologists. 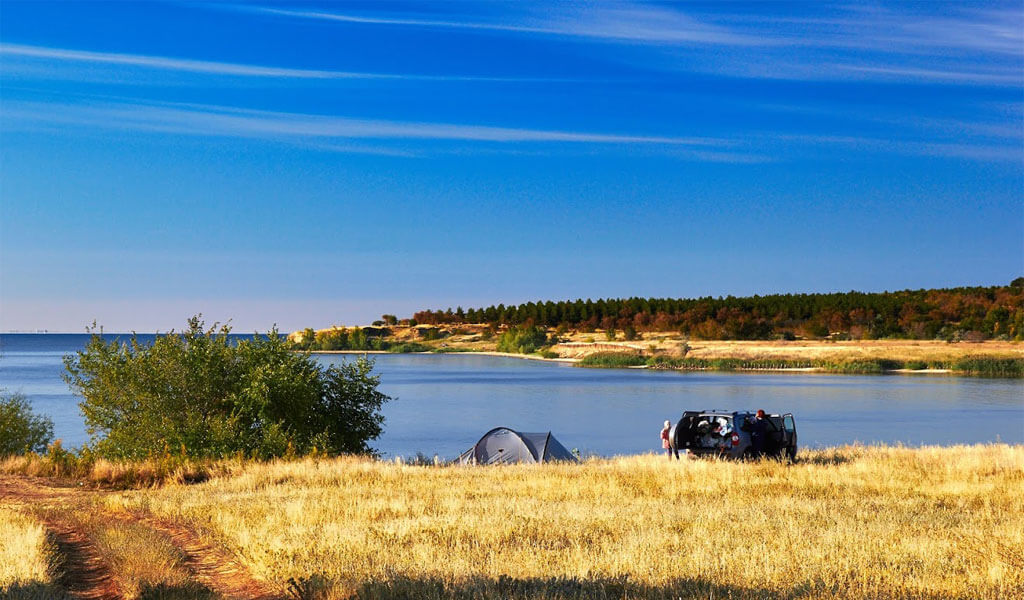 Specialists from different fields of knowledge studied the found structure for a long time. The work of scientists was merged into a general project, which was named after the lake – “Paravani”. Professor Vakhtang Licheli from Tbilisi University was the head of the project.

After a long period of joint work, the scientists came to a consensus that a burial mound of the Bronze Age was found at the bottom of the lake. During its study they discovered and brought to the surface many kitchen and household items, utensils, vessels of different shapes and sizes and much more. In the course of scientific research it was established that these objects belong to the IV century B.C.

But the study of the lake floor did not end there. A corridor was discovered in the burial chamber, which led to the very center of the mound. Excavations there revealed a large number of different household items, among them painted pottery. In the many centuries that they have been under water, the utensils have remained virtually intact, indicating that they were skillfully made.

The oldest items found at the bottom of the lake belong to the II millennium BC.

Going to Georgia? Write to info@v-georgia.com. We will choose the best route for you. Come, and we will do our best to make your vacation unforgettable! You can get free consultation by phone +995 555 566 540 *WhatsApp *Viber 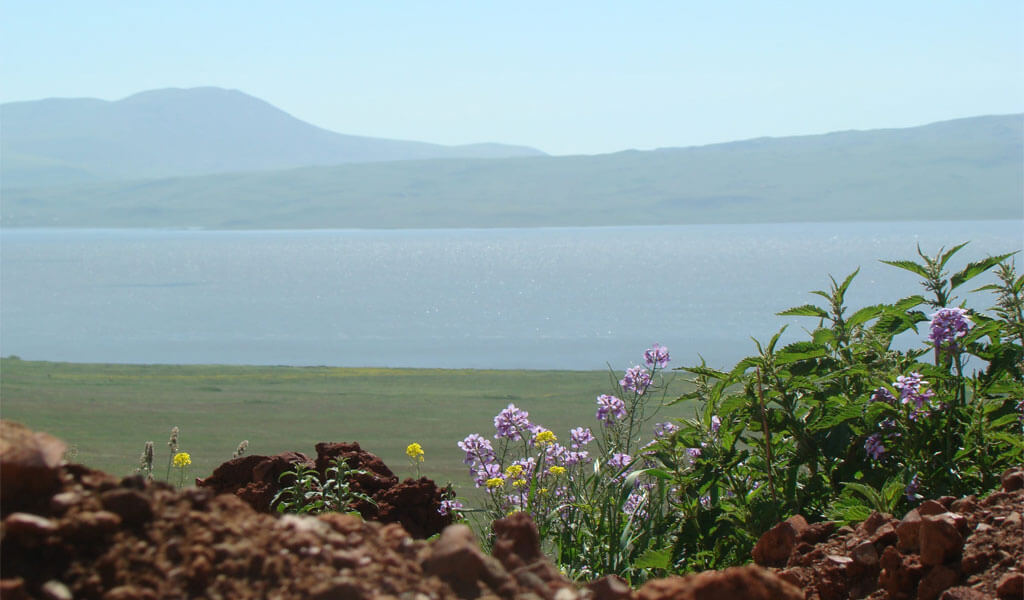 Scientists have concluded that these objects belonged to highly cultured people. But one important question still remains unanswered: how did this structure, along with all the household items under water?

Scientists assume that at that time the lake was much smaller, but due to some natural event the water level in it rose sharply, and the body of water flooded its banks. Scientists hope that someday they will find the answer to this question.

Lake Paravani is alluring in its charm and mystery. The beauty of the lake combined with the bright colors of the alpine meadows is soothing, it makes you feel in harmony with nature. Lake Paravani is a real jewel of Georgia. Visit this wonderful place, and the positive emotions will stay in your heart for a long time.

Going to Georgia? Write to info@v-georgia.com. We will choose the best route for you. Come, and we will do our best to make your vacation unforgettable! You can get free consultation by phone +995 555 566 540 *WhatsApp *Viber