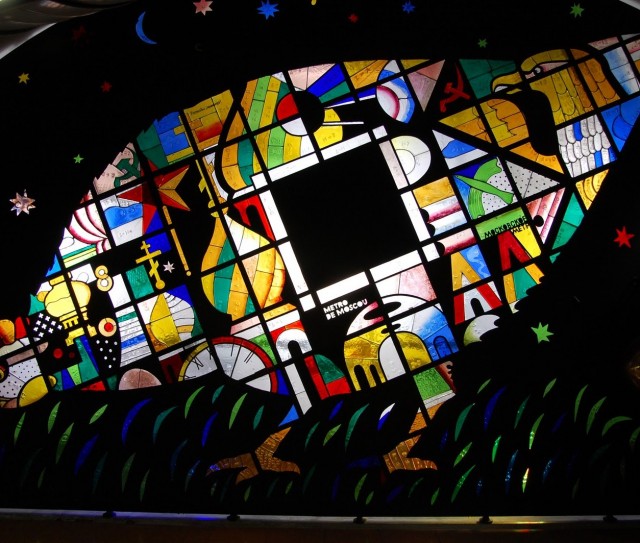 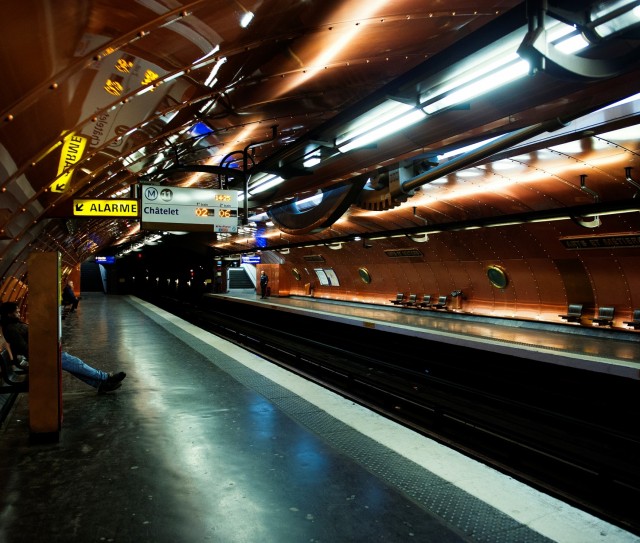 The Paris Metro is one of the oldest subways in the world and the oldest subway in France, opened especially for the World’s Fair in 1900. The Paris Metro ranks tenth in congestion and eleventh in line length among the world’s subways. The first phase of the Paris Metro included two lines. The main line consisted of ten stations and crossed the center of the French capital from west to east, connecting the communes of Neuilly-sur-Seine and Vincennes. A second line of three stations connected the Bois de Boulogne to the Place du Star. Over more than a century of history, the Paris Metro has grown to fourteen main lines and two branch lines, most of which run underground. Thanks to the original name of the Paris subway “chemin de fer métropolitain”, the names Metro and subway were born. The Paris Metro is the most popular, convenient and advantageous form of public transport in the French capital. Every day more than four million passengers use the services of the Paris Metro. Paris Metro lines run from the city center to the outskirts, covering all its districts and some suburbs: Montreuil, Créteil, Saint-Denis and others. The metro takes you to each of Paris’ seven train stations, including Gare du Nord, Paris’ largest station, from which suburban trains run to Paris Charles de Gaulle Airport. Metro stations are located near many of the sights of Paris, among them: Eiffel Tower, the Louvre, Notre Dame de Paris, Orsay Museum, the Basilica of the Sacré Coeur. The Paris Metro is managed by RATP and together with buses, streetcars, commuter trains and river transport forms a unified network of public transport of the French capital divided into several fare zones. The fare depends on the number of zones crossed. If you travel only on the subway, the ticket price will always be 1.90 EUR, as for the first zone, and if you connect to the suburban RER trains, you must buy a ticket valid within the corresponding zone. Ticket must be kept until the end of the trip – there are controllers on the lines and stations. Penalty for fare evasion on public transport in Paris – 45 EUR. Depending on the date of opening, metro stations in Paris are marked with the logo in the form of the letter M or vintage inscriptions “metropolitain” and “metro”. On the oldest lines, the entrance to the metro can be recognized by wrought iron pavilions and arches. At many stations, because of shallow grounding, there are no elevators and escalators. The interior of the Paris Metro is not characterized by rich design, with an emphasis on convenience. The classic design of the Paris subway is a white ceramic tile finish, but some stations deserve special attention. Louvre – Rivoli is decorated with copies of works of art presented in the Louvre, and Arts et Métiers is decorated in the form of an underwater ship Nautilus from the novels of Jules Verne. Platforms of the Paris Metro are coastal type, and many stations serve several lines. Therefore, in order not to lose time and not to return, you need to choose the direction of the train carefully. On lines 1 and 14 run automated trains, and the platforms are separated from the track by a special partition, the doors of which open simultaneously with the doors of the train. On the other lines of the Parisian subway regular trains, some of which are tire-powered, run. Their doors are opened by pressing a button or with the help of a lever, located on both sides at each door.

READ
ATMs in Thailand without commission

Tickets can be purchased at ticket machines located at metro, streetcar and light rail stations, at kiosks in large stations and at tobacconist’s (TABAC). The terminals accept mostly plastic cards and coins, and only in some places banknotes. When you enter the station, you must insert the ticket with either side into the hole in the turnstile and take the other side. It should be kept until the end of the trip, as there are controllers on the lines. Using the card, you must put it to the reader and hold it over it for 1-2 seconds.

READ
Gagauzia on the map of Moldova in Russian 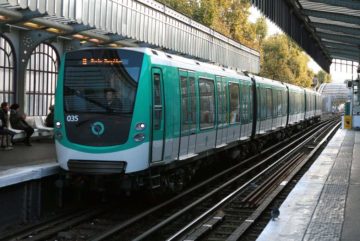 Subway is one of the most mobile, fast and convenient means of transport in Paris. However, the subway scheme in this city at first visits seems complicated and confusing, and charging by zones can simply make you confused. But if you are lucky enough to have all the necessary information and a map in Russian, you do not need to worry.

How to use the subway in Paris? 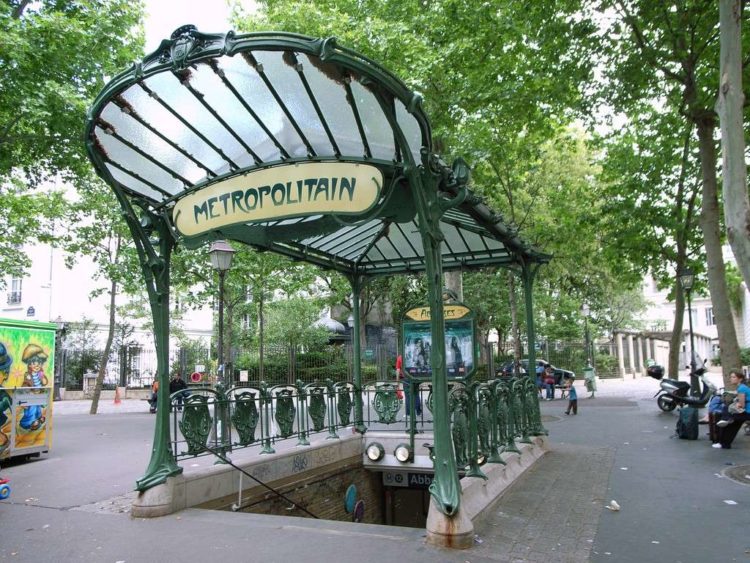 Let’s try to understand all the intricacies of the subway.

Each of the lines of the Paris Metro has its own color, numbering and name. At any of the stops you will find the number of this line, circled in the appropriate color. For example, the green color corresponds to line nine and the number 9 will always be in a circle with a green hue. To know that the line belongs exactly to the subway, next to the number you will find an image of the letter “M” encircled in a blue circle.

The name of the stations is indicated in large letters, and an arrow will show you the direction you need to go. Pay attention to the signs diverging in different directions, indicating the fork ahead.

On all subway platforms there are electronic boards with all the necessary information and the schedule of moving trains. In addition, in each car you will find a lot of hints. If you look up from the railings, you’ll see a panel with a picture of the extensive network of underground tracks, and flashing lights will tell you the way. All names of passing stations are announced over a loudspeaker.

But despite all the signs be sure to get a scheme of the subway in Paris in Russian and check it every step.

You can buy tickets everywhere, as in kiosks, at bus stops, and in subway ticket offices, just tell the seller the number of tickets and show the map to your destination and station.

READ
Types of diseases of India, what are they and their treatment

Another fairly popular way to buy is to use a vending machine. The first thing you will see on the screen is a request to choose an input language. French is the default language, but you can change it if you wish. Then you need to make an operation: buy a ticket or top up ticket. Then a list with the types of tickets will appear. Leading in the right direction with the cursor, press the button in the line you want to activate the action. Next, the machine will require payment. It can be done by depositing bills, coins or with a bank card.

Now it remains to pass the turnstile, blocking the descent into the subway. If you have purchased a ticket, slip it through the turnstile opening, and then take the ticket that popped up from the top. Keep it until the end of the trip. If you purchased a card, then touch it to the reader, the arrow of green color that appeared will inform you of the beginning of the movement.

Subway in Paris, it is a huge single transport mechanism. What is its true size and how many stations and lines are included in this massive conglomerate? To date, the length of the tracks is 215 kilometers, 301 stations and 16 lines are located underground.

See Paris metro stations and lines on a map. 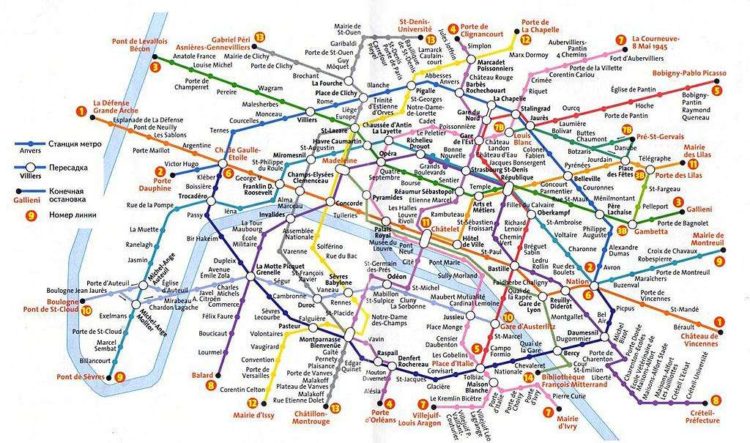 If you look closely at the subway map, with RER links, you can see that the territorial division resembles circles, similar to the rings of the Moscow subway. Such zones are allocated primarily for the convenience of suburban means of transport. They are divided into 5 parts:

In order to travel to zones 2-5 you will need to buy a pass. They are sold in specialized machines “Ile-de-France”, how to use them is specified in the schematic instructions next to the display.

When the subway opens and how it works in Paris

Electric trains run regularly, without delays, with an interval of 2 minutes. The waiting time on holidays and weekends increases to 8-10 minutes.

If you want to get more precise information on the duration of the trip and learn how the subway works in Paris, you can go to the official website of the Transportation Authority, in the section “route planner”.

How much does the metro cost in Paris 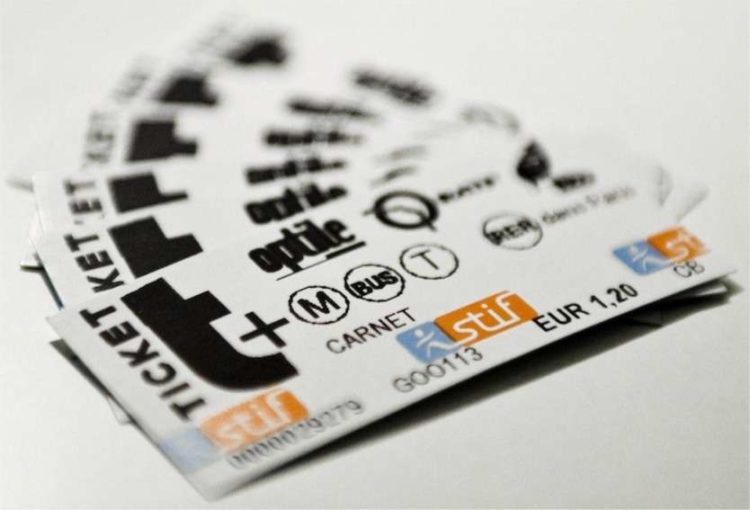 In Paris, the subway fare system is quite confusing, as there are many different zones, with a variety of price categories and different types of fare tickets. Let’s take a closer look at the formation of the cost, established in 2019 and determine how it is more profitable to buy tickets.

The capital’s subway offers different types of boarding passes, their price will differ depending on the route of your trip and the duration of your stay:

What is the RER in Paris and how to use it

On the general map you will find the names of subway stations, as well as transfer points not only to other subway lines, but also to high-speed trains RER is a specialized network of express trains of the Ile de France region in Paris. Their main purpose is to unite all the paved railroads covering the network of the city and its surrounding suburbs. It is the most convenient mode of transport, by means of it, with ease and speed you can reach all the attractions of the French capital.

READ
Cab in India, features and prices of travel

In some places the routes of underground trains and trains RER intersect, and some stations open the entrance and exit for both modes of transport, which makes a certain confusion, but if you clearly follow the information, you will easily understand not only how to use, but also manage your time in this huge transport mega.

In total, the RER Paris has five lines:

Total RER has 257 stations, of which 33 are located in Paris. 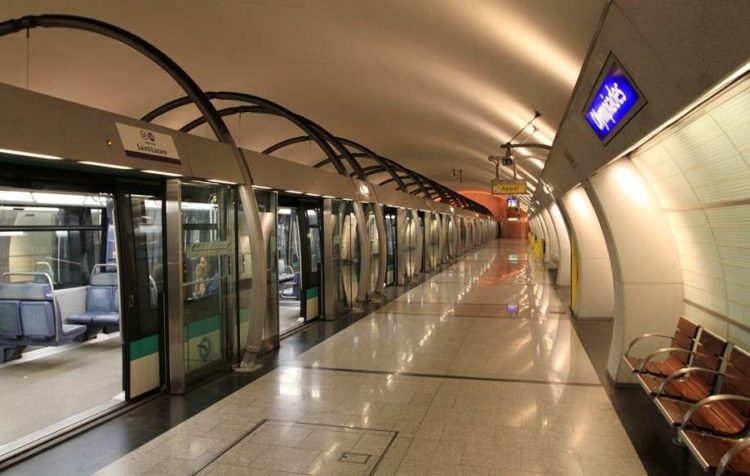 Always carry your ticket with you and keep it until the end of the trip. This will save you a lot of trouble when meeting with the controllers. If at the time of inspection you do not have a ticket in your hands or it turns out to be stitched – you will have to pay a fine. Its size depends not only on the zone, but also the speed of your actions.

Ticket inspectors usually work in small groups of 3-4 people walking between the cars of moving trains or waiting for people leaving the station. Therefore, it is better to pay the cost of tickets than to be fined later.

Also for the rapid orientation in the subway in Paris, you can download “Paris Metro” – an application that has recently become popular not only with tourists, but also with Parisians. Here you can find all the necessary information on the routes you are interested in, a map in Russian, any information about attractions, restaurants, stores, and ticket prices.