Everything about the Patom crater in Irkutsk region

The Patom crater is a unique geological object in the form of a cone of crushed limestone blocks. From the height it resembles a giant bird’s nest, so the Patomsky crater in Irkutsk region is popularly known as “The Nest of the Fire Eagle”. 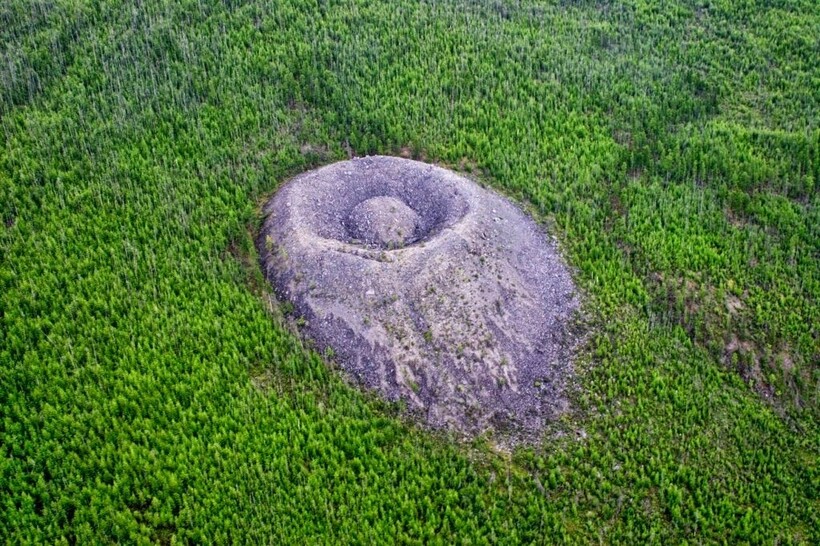 Where is the amazing natural object and how to reach it

“Kolpakov’s Cone” or “Yavaldinsky”/”Dzhebuldinsky” crater, as this place is also called, is located on a mountain slope of the Patom Highlands in the Bodaibo district of the Irkutsk region, 180 km from the city of Lensk and 200 km from the city of Badaibo. Coordinates: 59.284742, 116.589547.

To get to the mysterious place “Patomsky Cone”, must be from Irkutsk, through the town of Bodaibo, settlement Perevoz, and then by rafting on the riverbeds to your destination.

From Irkutsk to Bodaibo you can get by the following transport:

If you want to get to Perevozoz settlement from Bodaibo, you may drive to the gold mines in the northern part of the region by high-powered off-road vehicles, because the road is unpaved and cars cannot use it. 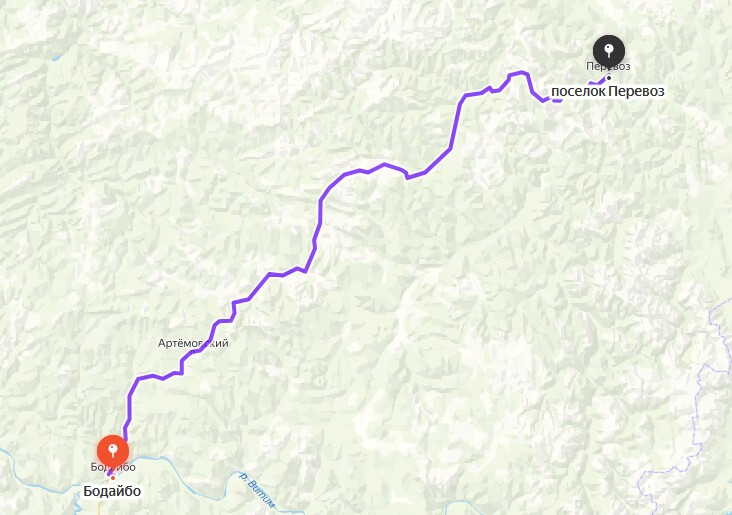 How and by whom the cone-shaped crater was found

The Patom crater was found in 1949 by geologist V. Kolpakov, who traveled through the Bodaibo region, exploring previously unknown places, and made a detailed map of the USSR. He was told about it by local residents, who bypassed the mysterious natural phenomenon. Kolpakov’s team named their find after the Vitim-Patom Highlands, but in scientific circles the Patom crater became known as the “Kolpakov cone”.

Description of the “Kolpakov cone”

Unusual in its characteristics, the Patom crater in the Irkutsk region has a circular structure with a bulk cone, it is composed of limestone and other rocks. It was formed about 500 years ago.

THIS IS INTERESTING! The crater is 76 meters in diameter, its highest point is about 40 meters, the Patom cone ends with a flat top. In the center of the crater is a slide up to 12 meters high. The estimated mass is 1 million tons.

The peculiarity of this place is that some of the blocks have had time to crumble, while others, as can be seen in the photo of the Patom crater, are fresh, they have not even had time to erode.

Currently, there are several versions about the origin of the “Kolpakov cone”, some of them unusual and mysterious. In addition to the official version of the volcanic origin of the funnel, there are more than 10, but they are not confirmed by anything. The most common theories are:

READ
The Bermuda Triangle and its terrible secrets

In either case, studies show that the Patom Cone has a direct relationship to the abnormally high iron or other ferromagnetics in the area.

For some time Kolpakov could not draw attention to the Patomsky crater, so the first exploratory expedition of the Siberian Commission on Meteorites of the USSR visited it only in 1963, and in 1971 photos of the Patomsky crater were made from a helicopter. After that 4 complex expeditions were sent to “Kolpakov’s cone”:

Given all the research, many scientists have come to the conclusion that the “Kolpakov cone” (Patomsky) is a volcano created by methane emissions, rather than the classic for a volcano lava.

The mysteries and legends of the Fire Eagle’s Nest

The Patom cone is associated with several legends among the Yakuts:

Unsolved mysteries of this place:

READ
Miass anomaly, the Ural Mountains near the town of Miass

But the main mystery of the “Nest of the Fire Eagle” lies in its origin, because even the most famous figures of science have not been able to identify it exactly until now. One of the most unexplained places on earth is the Patom crater in the Irkutsk region, it is interesting not only to researchers, but also to ordinary travelers. And this despite the fact that it is located in the deep taiga.

The Patom crater is a crater of crushed blocks on a mountain slope in the Patom Highlands, Irkutsk region, discovered in 1949 by Kolpakov.

It is far from always possible to understand and explain some natural phenomena. In Russia, in the deep taiga, which is thousands of kilometers from the nearest city of Buryatia, there is a very mysterious place, a grandiose object – Patom crater. Even from distant space you can see this place.

Many expensive expeditions were organized to the Patom crater, but, no study, no scientist could unequivocally answer the question: “How exactly and why did the Patom crater arise?”

Locals have nicknamed the Patom Crater – the Nest of the Fire Eagle. What is this mysterious place? It is worth saying right away that the Patom crater is the most mysterious geological place on planet Earth.

Residents of Yakutia believe that the Patom crater is not just an anomalous place, but a cursed place.

Is it really so?

The most mysterious place on the planet Patom crater

The main organizer of the very first scientific expedition to the crater – Evgeny Vorobiev – was unable to return from these anomalous places alive. He didn’t make it to the crater just a few hundred meters.

His tragic death shocked all members of the expedition. Sparrow simply stopped his heart …

READ
Aokigahara forest in Japan, suicides in the forest

Scientists are not superstitious, but after visiting the Nest of the Fire Eagle, they felt very strange.

It is believed that the place where the Patom crater was formed has a strong energy, which attracts huge celestial bodies.

First, the famous Tunguska meteorite fell near the crater, and several years ago, the Vitim bolide fell.

The Yakuts were frightened, not by the falling bolide, but by the aftermath of its fall. Cockroaches and sparrows disappeared from the area.

Soon after the fall of the Vitim meteorite, local residents began to fall ill and die. Scientists have never been able to explain why so many people suddenly began to suffer from various deadly diseases.

The version of how the Patom crater was formed

The Patom crater is crushed limestone blocks on the mountainside of the Patom Highlands in the Bodaiba district of the Irkutsk region. Discovered in 1949 by geologist Vadim Viktorovich Kolpakov.