It’s hard to imagine anywhere else in the world a museum like the Reykjavik Phallological Museum. No, there is no typo here, it really is a museum of phalluses.

It’s no secret that Iceland is an amazing and surprising country. But once you are born here, at the edge of the earth, very quickly you stop wondering about the beauty of nature, the vagaries of the weather and all the color in general.

Bored out of their minds, the native Icelanders write the most bizarre music, are the most readable country in Europe and leaders in the availability of the Internet, brew the thickest beer in the world and open the most controversial museums!

When your whole life is spent in peace and tranquility on a remote island, only occasionally invigorating the local population with volcanic eruptions, your hobbies take a similar shape – calm and peaceful, but with fire.

If camping, it’s on a volcano, if fishing, it’s right whales, if collecting, something eccentric!

Sigurdur Hjartarson, one of the bored locals, in 1997, after many years of private collecting, decided as a true patriot to put his collection on public display, meanwhile, met with great enthusiasm the local authorities, who allocated a grant to equip the museum.

As a rule, any collection begins with the first exhibit, distinguished from other things by its value, expressiveness and requiring special attention, storage and surroundings from the owner. In Sigurdur’s case, it was an ordinary whip, made from the penis of a bull, which he received as a boy. But the mischievous interest grew from a joke to a lifelong fascination.

Given that Sigurdur worked as a history teacher, his hobby could be attributed to selective archaeology.

Once inside Sigurdur Hjartarson’s phallology museum, one begins to understand what still feeds the collection’s holder’s inexhaustible enthusiasm. The diversity of the exhibits, coupled with the piquancy of the subject matter, makes for an irresistible curiosity that grips museum visitors, which is what most tourists in Reykjavik become.

On the one hand it is easy to answer the question of what awaits visitors in the museum exhibitions, but on the other hand it is difficult to be at least a little more specific about these performances.

The price of admission is not high, so if you dare to go to the ticket office you will definitely find yourself in the halls of the museum. Here you will see what all the mammals of Iceland and other habitats owe their continuity to.

Hundreds of specimens from microscopic to “gizmos” as big as a man. In the phallological museum you feel like an accomplice to someone else’s mischief.

You definitely won’t leave without some cool selfies! And disgusting and fun and curious!

Sigurd spent a lot of effort and years searching, which makes the collection look like an outlandish treasure trove of some extravagant adventurer from the mythological past, when elves and trolls still lived, and the folklore corner reinforces this feeling.

Engravings and crafts, jars and vials – it’s like sneaking into a mad doctor’s lab.

The exposition ends with the rarest exhibit, homo sapiens. After which, finally shocked and impressed tourists, after buying a couple of souvenirs corresponding to the general theme, suddenly return to the streets of Reykjavik.

Where, blowing through the Atlantic winds, squinting against another drizzle, tourists hurry to mask off dozens of piquant photos with new shots of the majestic spire of Hadlgrímskirkja, which catches a rare ray of sun.

“Because someone had to do it!” is how Sigurdur Hjartarson, a resident of Iceland, explains the idea of collecting a collection of mammalian male reproductive organs. As a child he received a very unusual gift, a bull penis whip, and since then the man literally cannot stop collecting exhibits for the phallus museum around the world. And no, this is no humorous hobby at all. Sigurdur takes his hobby very seriously, and he believes that his work contributes to the development of the science of phallology and taking it seriously. The exhibition is really informative, and it’s not just worth coming here for the fun of it. However, the Icelandic Fallology Museum in Reykjavik is also not without its amusing details. 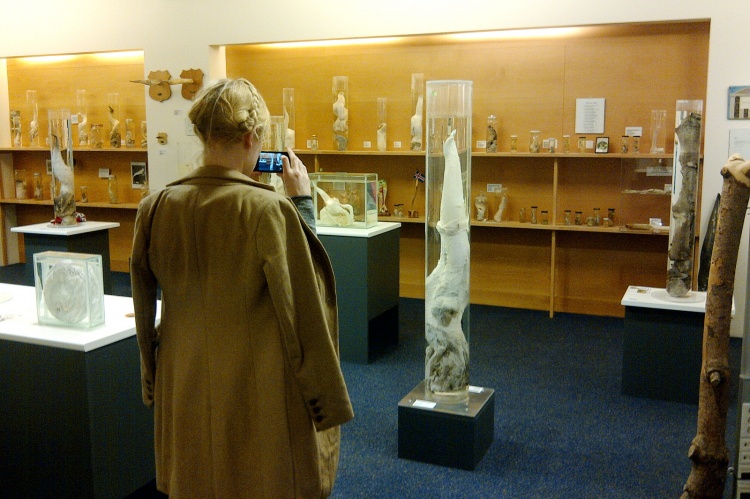 History of the museum: from a personal collection to an audience of many thousands

Sigurdur Hjartarson was a college professor for 37 years before he became seriously interested in phallology. He originally kept the collection in his study, but then decided to organize a public exhibition, without much hope of interest in his hobby. But the authorities unexpectedly allocated a grant of 200,000 ISK for the founding of a museum. The first small exhibition opened in 1997. Sigurdur’s doubts were not confirmed – though the crowds did not pile up, there were regular visitors. Mostly foreigners – Icelanders were quite conservative at that time. In 2004, because of lack of funds for renting space at all had to move the exhibition to Husavik, where locals also reacted skeptically to the “shameful collection”, but made sure that it has nothing pornographic, calmed down. 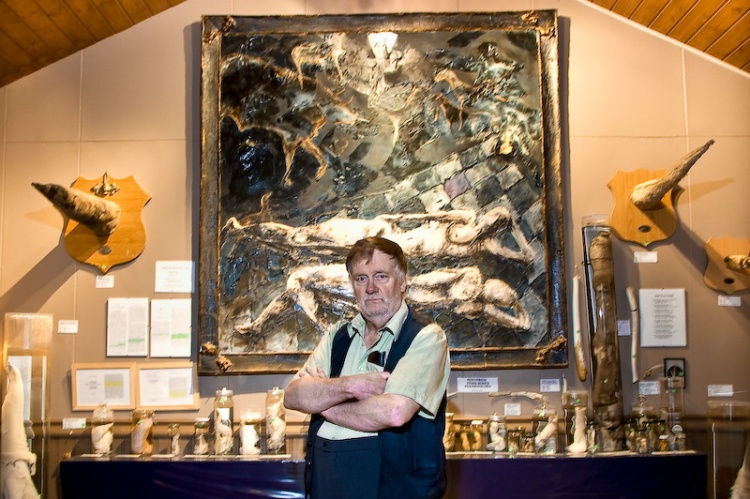 The Icelandic people’s attitudes have changed drastically in recent decades, the country legalized same-sex marriage and gay pride parades, so the Museum of phalluses in Iceland did not seem to be anything out of the ordinary. In 2012 Hjartarson “inherited” the collection from his son Hjortur Gisli and returned the exhibit to Reykjavik, in a much larger space in a busy area of the city near the Leighavegur shopping street. Now up to 70,000 people visit the museum every year. Including the increased interest of local residents, which makes anthropologists consider the Icelandic Phallological Museum to be some kind of a gauge of change in Icelandic society. The owners of the collection, incidentally, received several generous offers to buy the museum and then move it abroad, but the Sigurdur family flatly refused them.

The collection of the Phallological Museum in Reykjavik includes about three hundred animal penises. The main exhibit is the seventy-kilogram long head of a whale penis. It would be impossible to place the entire organ in the museum – it weighs about half a ton and is more than five meters long. Another giant is the meter-long penis of an African elephant (pictured below). By the way, this is the only acquisition of the collector, all the other specimens he got on his own or as a gift. The material came from whaling, from fishermen and hunters, from agricultural slaughterhouses, etc. 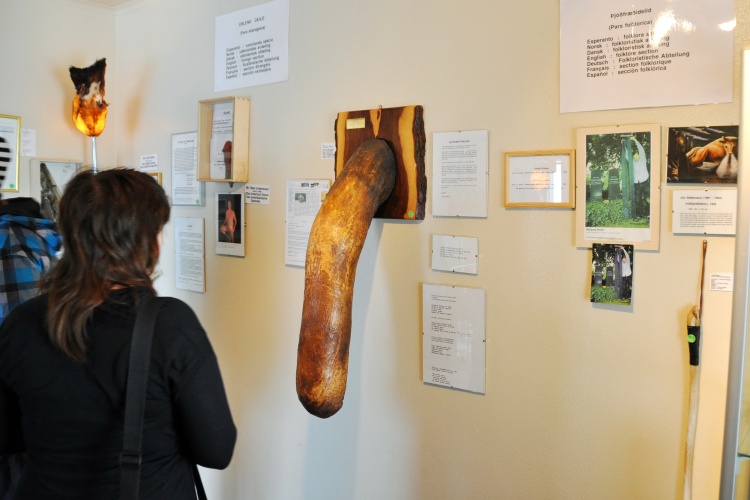 The tiniest sex organ presented belonged to a hamster. It is so small that it can only be viewed under a magnifying glass. The exhibit is also interesting because it is not soft tissue, but baculum – bones of the penis, which some mammal species have.

The museum displays organs of giraffe, rats, foxes, minks, bulls, pigs, cats, dogs and other animals from around the world. However, the emphasis is still on the representatives of Icelandic fauna: whales and sperm whales, dolphins, horses, reindeer, seals, walruses. There is even a polar bear phallus. Sigurdur set a goal to collect the organs of absolutely all the representatives of mammals in Iceland, including humans. With the latter he has already partially cope: in 2011, a collector received the penis of a deceased 95-year-old Icelander, a noble lover, who wanted to perpetuate his dignity and bequeathed it to the Fallology Museum. However, the process of separation of the organ was not entirely successful, the appearance of the exhibit was unsuccessful, and therefore Sigurdur remains in search of a better specimen. Several foreigners have already agreed to act as donors after his death. Sigurdur, of course, also bequeathed his reproductive organ to the museum. The exhibition is also devoted to male organs 15 life-size penis sculptures, which, according to Sigurdur, are based on the “material” of the Icelandic national handball team. This honor was bestowed upon the athletes after they won silver at the 2008 Olympics. The team denies any involvement in the creation of the sculptures, so they are only an art object, not natural casts.

The Museum of Phalluses in Reykjavik also offers visitors to look at phalluses. of fabulous creatures, such as the sea creature Merman or the Shifter. One of the organs, according to legend, belonged to the dead Yule Guy, who was found and given to the museum by the former mayor of Reykjavik. Some of the fabulous genitalia cannot be seen because their owners, trolls and elves, are also invisible.But they are there, you just have to believe:).

Most of the exhibits are on display dried, mummified or preserved in formaldehyde. But some of them act as interior decorations, depriving the museum of the grim image of a Kunstkammer. Lampshades for lamps are made from the scrotum of rams, and a cane is made from the penis of a bull. The halls are decorated with many thematic works of art, including a rare print depicting the circumcision of Christ. Phallic symbols are used in the design of souvenirs, furniture, coat hangers, and even a telephone. Sigurdur himself also sometimes appears in a bowtie decorated with phallus imagery. All in all, the museum more than lives up to its name. 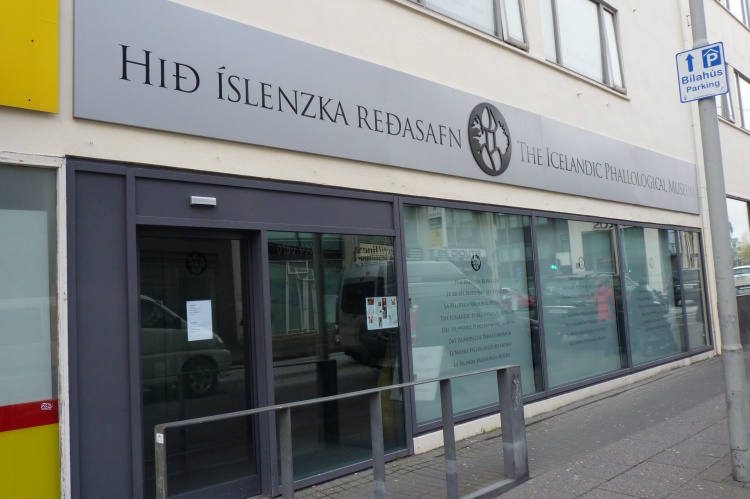 It is worth allocating about half an hour to visit the museum. All of the exhibits have explanatory signs in Icelandic and English. At the entrance, you are given a catalog with a description of all the objects in the exhibition. You can also study it on the official site of the museum. There is an audio guide in English.

Can I visit the Fallology Museum in Reykjavik with a child?

Children under the age of thirteen can visit the museum for free, only when accompanied by their parents. This place can hardly be called a “family” place, but there are no “contraindications” for children’s audience either, unless, of course, parents profess puritanical views. For older children the excursion will be informative, but the kids won’t understand anything – most exhibits have little in common with the “classic image”. The main thing is not to take children to the souvenir shop – it looks like a sex shop. For adults, the store offers a wide range of themed gifts, from modest sweets and T-shirts with the museum logo to condoms with designs inspired by Icelandic volcanoes and geysers. 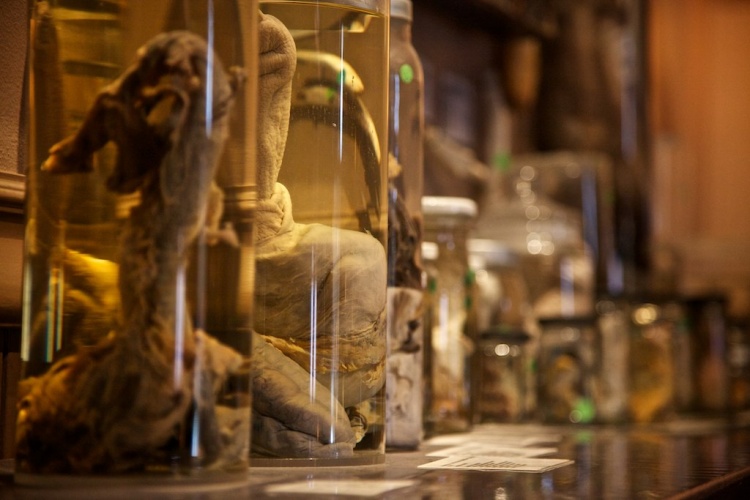 How to get to Icelandic Phallological Museum

The museum is located in the central district of Reykjavik, a four-minute walk from Harpa Concert Hall. The best way to get here is on foot or by bus, as free parking in the area is hard to find. The nearest bus stop, Arnarhóll/Lækjartorg, is a hundred meters away. You can get there by buses number 3 and 14 (read more about public transport in Reykjavik).

Elena Soromitko Author of the article