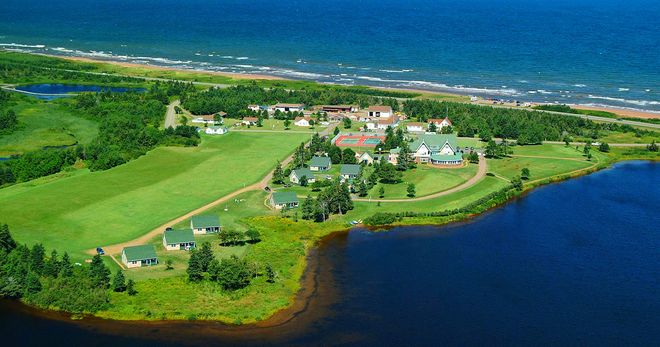 Prince Edward Island is the smallest province in Canada and is often called the ‘cradle of the country’ or the ‘potato province’. This place attracts with its pristine nature and quiet measured life. You can’t miss it just for the fresh air, maritime beauty and beautiful architecture.

This Canadian province is located in the northeast of the country, 198 km from New Brunswick and 199 km from Nova Scotia. Prince Edward Island is surrounded on all sides by the waters of the Gulf of St. Lawrence as well as Hillsborough, Malpeck and other inlets. It is connected to the mainland by the Confederate Bridge.

Looking at a map of Prince Edward Island, you can see that it has the shape of an elongated rectangle. Its southern part is more hilly and its northern part is almost flat, with many sand dunes. There are no large bodies of water here, only streams and small rivers.

The climate of Prince Edward Island is significantly affected by the proximity of the Atlantic Ocean. Winters are long and cold, with blizzards and snowstorms occurring from December to April. Warmth comes only after the melting of the sea ice. Maximum temperature (+30 ° C) on Prince Edward Island was recorded from June to August, and the minimum (-3.3 ° C) – in January and February. 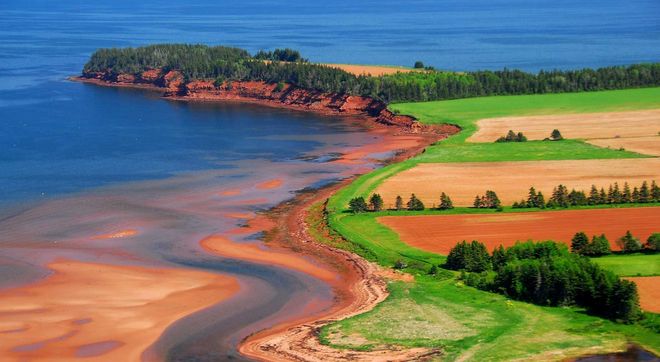 This part of the country was discovered in 1534 by the Breton navigator Jacques Cartier. Until the mid-18th century Prince Edward Island belonged to France, which founded its first settlement here only in 1720-1730. In 1758 control over it passed to Britain, and in 1763 it became part of Nova Scotia.

In 1873 Prince Edward Island became part of Canada. The city of Charlottetown has been its capital ever since. As of 2016, there are 146933 people living in the province. They work mainly in agriculture, fishing and tourism. 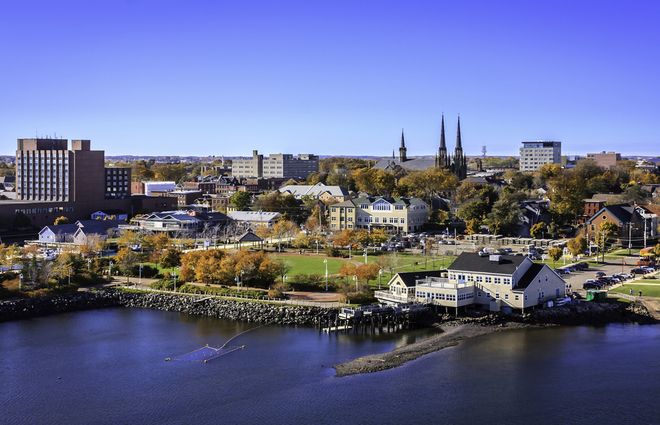 The tourist infrastructure of this province offers entertainment for all tastes. Prince Edward Island is home to the national park of the same name, designed to protect sand dunes, quarries, beaches and salt water marsh areas. It is also notable for the fact that during the migration period here comes up to 300 species of birds. 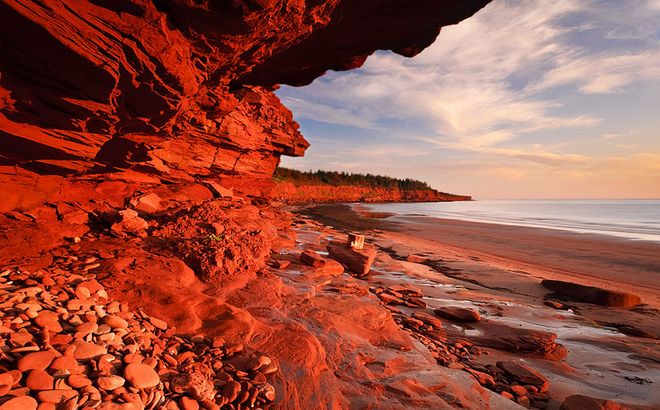 Other attractions on Prince Edward Island are:

Vacations here at different times of the year include music, jazz, farming, fishing and even seafood festivals. A trip to Prince Edward Island in Canada, photos of which give the opportunity to enjoy the magnificent scenery, will introduce the historical and natural monuments. You can stroll along the seashore or sit in the shade of century-old trees.

Despite the fact that tourism is not the main industry of the local economy, this province has a large selection of hotels for all tastes. In every city on Prince Edward Island there are hotels of different stars. The main thing a tourist has to do is to choose a place of dislocation. The best reviews from travelers received the following hotels in Prince Edward Island:

They have a standard package of services, including free Internet and parking. The island’s hotels range in price from $52 to $142. 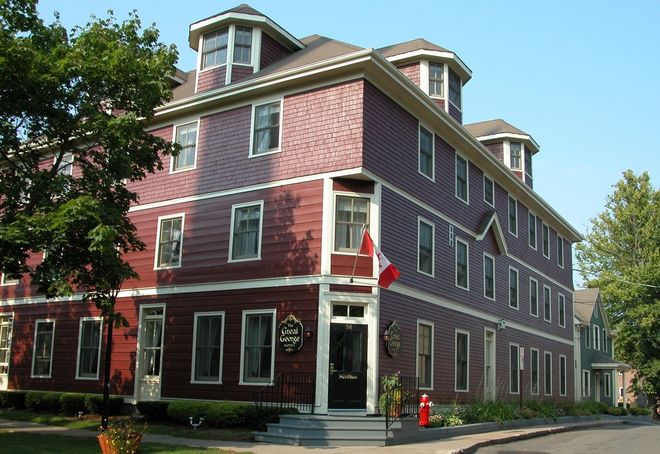 Every Canadian province has its own culinary traditions, shaped by its natural and cultural influences. So it’s no surprise that the most popular foods in Prince Edward Island are potatoes and seafood. P.E.I. Mussels are considered the province’s traditional dish. You can try them in the following places:

In addition to fish restaurants, Prince Edward Island has many establishments with menus featuring Indian, Mexican, Chinese, and Italian cuisine. 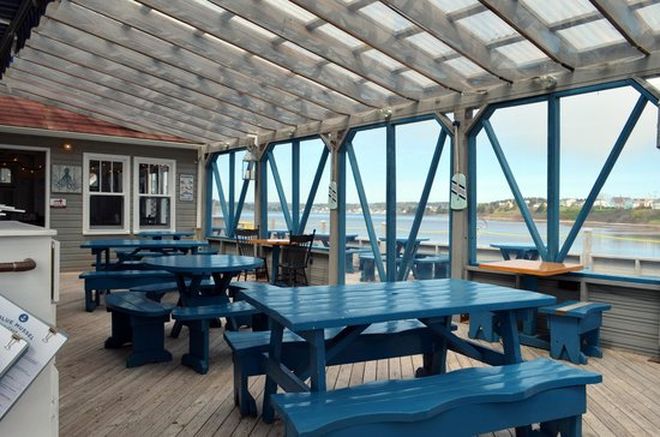 Two airports located in Charlottetown and Summerside, as well as many seaports, form the backbone of the province’s transportation system. Rail service has been suspended since 1989. Until 1997 the province was connected to the Canadian mainland by ferries. Then the Confederation Bridge was built to connect Prince Edward Island with New Brunswick.

This province is characterized by the highest concentration of highways in Canada. The total length of paved roads is 3,824 km, and 1,558 km of unpaved roads. 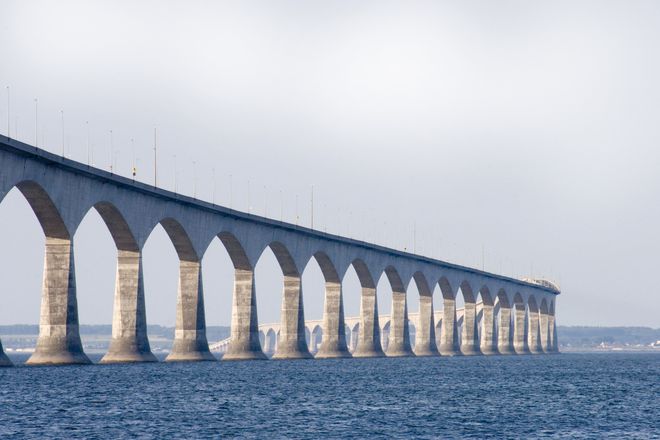 How to get to Prince Edward Island?

The province is located in northeastern Canada, 1300 km away from its capital. There are a variety of ways to get to Prince Edward Island. Air Canada and WestJet take off daily from the capital’s McDonald-Cartier Airport and land at Charlottetown Airport. Including transfers, the flight takes almost three hours.

From Ottawa, Prince Edward Island can be reached by car via the Confederation Bridge. To do this, you need to travel in a southeasterly direction along the Trans-Canada Highway or the New Brunswick Route. In this case, the entire journey will take a maximum of 14 hours. The length of the park Prince Edward Island is about 60 kilometers, and its width varies from a few hundred meters to several kilometers. The national park is a very important area for bird habitat.

READ
Java Island and its attractions with photo

This park has been described in world literature, for example, in the novels of Lucy Maude Montgomery. Today, the great historical past of the park is evidenced by a wonderful Victorian mansion, which has been converted into a modern hotel. The Fox International Museum was founded in 1984 on the site of the historic Holman Manor.

In July 1984, a $35,000 grant was awarded to a provincial initiative committee to convert the homestead into a museum. Within twenty weeks the planned work was completed.

Artifacts from the Heritage Foundation, along with others collected throughout the community, are featured as museum exhibits.

The museum occupies several rooms of the Manor House and includes the Armory, a popular attraction for the past summer in a row.

In addition to the museum, the manor building houses several commercial offices selling antiques and gifts.

Which Prince Edward attractions did you enjoy? There are icons next to the photo, by clicking on which you can rate a particular place. The Prince Edward Island Heritage Museum was established in 1996 as an organization to give visitors to the region an opportunity to learn about the island’s history and cultural heritage.

The purpose of the museum is to collect and interpret historical materials of all kinds, and to deliver information in a visitor-friendly way. The permanent exhibition of the museum is an exhibition of five sections, giving an overview of the first settlements on the island and their development over the past three centuries.

Of course, the museum opens its doors to a number of temporary (among the most recent is “La Roche & Le Grand Ruisseau: 200 Years in Egmont Bay and Mont-Carmel”) and even virtual exhibitions.

In addition, the museum organizes educational programs for schoolchildren, which include different kind of excursions.

In photo mode you can view landmarks on Prince Edward by photo only. The Harbourfront Theater opened in 1996 after more than a decade of work by an enterprising group of citizens who wanted a multipurpose theater on Prince Edward Island.

The theater is called multi-purpose because it includes both the theater space itself, as well as a cultural center and the Sports Hall of Fame. The theater room was created so that it could host ballet, opera, comedy performances, magician shows, and others. From time to time the building is used for conferences, seminars and all kinds of exhibitions.

The theater can host 527 guests, which is a perfect number for a provincial theater intended solely for “its” audience. Red Shores Racetrack Casino and Entertainment Center is a branch of the main center located in Charlottetown.

Visitors can enjoy a wide variety of entertainment, see individual and team roping races, ride horses and chariots, bet on their favorite horse, and split the jackpot.

The center includes a whole floor with a variety of slot machines, the restaurants invite you to try the local dishes and in the bars you can watch the races on large monitors in a friendly atmosphere and with a glass of beer. Shining Waters Family Fun Park is located in the heart of the beautiful Cavendish Preserve and is just a couple of minutes walk from the beaches and waterfront.

The park offers a number of opportunities for families with children to spend their free time. For example, you can see a large water park with slides, a froggy pool and a number of rides – catapult, turtle, crossbow and others – within the park. In addition, you can visit a small farm with pygmy goats, ponies, lambs, rabbits and alpacas, which will delight children.

Children can take part in “pirate raids” by sailing ships through shallow ponds, or visit a cave with witches, or fly up in a rocket, or go on a children’s safari. The endless options for leisure activities can get a child excited. Parents can be sure that their child will be completely immersed in the playful atmosphere at least until late afternoon. In the small Canadian provincial town of O’Leary on Prince Edward Island, the eye of curious tourists is attracted by a huge model of a potato at the entrance to a very interesting museum that tells the history of the potato.

The museum is there for good reason, since the town has vast fields where potatoes are grown.

The staff of the museum say it has the largest potato collection in the world. About 1,000 people live in the town, and more than 8,000 people visit the museum in three months. There is even a special postage stamp issued in honor of the museum.

The museum has a gift store where you can find everything on the “potato” theme.

The potato shop is open Monday through Saturday from 9 am to 5 pm and on Sunday from 1 to 5 pm.

Are you curious to know how well you know the attractions of Prince Edward? The winery is located in scenic Prince Edward County, Ontario. Cabernet Franc, Gamet, Zwigelt, Pinot Gris, Chardonnay and other grape varieties are grown here. Accordingly, the range of wines produced is quite wide.

Since 2009, the winery has been open to visitors. And the philosophy embodied by the owners of the vineyard and production is encapsulated in the simple words: “Good wine, good food, good friends and a great location”. There are regular tastings and guided tours. Of course, at the winery opened a specialized store, which sells not only the wines, but also a variety of accessories, useful for wine lovers. The wine boutique also displays and sells paintings and art made by local artists. The art collection is tastefully selected and showcases the remarkable talent of local artists.

If you wish, you can rent a space in the winery, which would be ideal for a celebration.