It is especially pleasant to come to Pskov from big cities with a frantic pace of life or from noisy industrial centers.

In Pskov, it is quiet and time seems to stand still: the Kremlin, monasteries and watchtowers stand on the banks of the Velikaya River, just as it did centuries ago. Through the center of Pskov you can study the ancient history of Russia with its holy princes and Orthodox churches. One or two hours drive from the city is a cave monastery and the Mecca of all lovers of Russian literature: the village of Mikhailovskoye, the ancestral home of Pushkin. It is there that the poet’s grave is located.

The center of Pskov, where the main attractions are concentrated, is compact. You can walk around it in a few hours. But if you want to visit places outside the city, it is better to set aside a couple of days for the trip.

Pskov has abolished self-isolation for visitors and opened museums – you can travel in peace. On how to get to Pskov, I wrote in another article. And in this one I will tell you where you must visit the city and what is worth seeing. If you know other interesting places, share them in the comments.

The Kremlin, or the Krom, is the main historical landmark of Pskov on the bank of the Velikaya river. Since the 14th century it was the center of the Pskov land. Since that time it has preserved the St. Trinity Cathedral, two belts of fortress walls with watchtowers around it and administrative buildings – the Prikaznye Chambers.

Holy Trinity Cathedral is the center of the Kremlin. The first building of the church was built back in the 10th century by order of St. Princess Olga, the founder of the city. It burned down, and then the temple was destroyed more than once. The snow-white building which tourists see now was erected in the 17th century. The cathedral is proud of its seven-tier iconostasis from the 17th-19th centuries. It holds the relics of saints and an important relic for Pskov: Olga’s Cross. It was created in memory of the wooden cross, which Olga set at the site of the founding of Pskov.

On the fortress walls of the Kremlin you can climb special stairs. From the narrow windows you can see the city and the rivers Velikaya and Pskov. I advise to climb to the observation deck of Vlasyev Tower: from its attic, from a height of about the seventh floor, there is a beautiful view of the Cathedral of the Holy Trinity, the River Velikaya and the city. Bear in mind that the stairs are narrow and steep. If you suffer from shortness of breath, it’s better not to risk it. In my presence an elderly woman came back from halfway up, could hardly catch her breath, and demanded a refund from the cashier.

Climbing the Vlasyev Tower for adults costs 100 P, for pupils, students and senior citizens – 50 P. It is open from 11:00 to 18:00, Monday and Tuesday are days off. You can climb the Vlasyev Tower only from April 15 to November 15. In winter it is closed.

Exhibitions are organized in the Prikaznye Chambers. They give an idea of how and what Pskov lived in the Middle Ages. On the first floor you can see models of the ancient city, household items of merchants and peasants and other relics, and on the second floor – “tables”: prototypes of modern courts and ministries. Each table denotes a department: judicial, monetary, ambassadorial. At them in the 17th century the administrative and economic issues were solved.

Admission to the exhibition is open from 11:00 to 18:00 on all days except Mondays, and costs 300 P for adults, 200 P for schoolchildren, students and seniors. Family tickets for two adults and one to three children will cost 450 P . Children under 7 years old are admitted for free. Large families, schoolchildren and students can get in free on the first Wednesday of the month.

READ
Buguldeika village in the Olkhon district: rest on the shore of Lake Baikal

For walks around the Kremlin take comfortable shoes. Do not wear tight skirts or dresses: the steps on the stairs are very high, and it is impossible to take a step in such clothes.

The Cathedral of the Transfiguration of the Savior at Mirozh Monastery

Spaso-Preobrazhensky Cathedral is an object from the UNESCO World Heritage List. Here you can see the only frescoes of the 12th century in Russia, created by Greek masters. The pictures completely cover the walls and the ceiling of the cathedral. The paintings are compared with Byzantine mosaics of the 12th century, which have survived in churches in Sicily. Most of the frescoes have already been restored, but work is ongoing and scaffolding stands in the center of the temple.

During the off-season, the Cathedral of the Transfiguration is closed, but it is open even to a single visitor. However, you can get into the temple only in dry weather.

To visit the cathedral you can buy a family ticket: for two adults and one or three schoolchildren the entrance costs 400 R . Large families, schoolchildren and students can enter the temple for free on the first Wednesday of the month.

How much does it cost to enter: free of charge Time to visit: from 15 minutes

In the summer of 2019, 10 Pskov churches at once were included in the UNESCO World Heritage List in the category “Churches of the Pskov school of architecture.” They are snow-white and built of local limestone. I like their architectural minimalism: no abundance of gold or mosaics, no pretentious elements.

READ
Meissen in Germany, history and places of interest.

One of the cathedrals from the UNESCO list is the Church of St. Basil the Great on the Gorka. Source: Sergey Korchanov / Pixabay

Where is it located: Zapskovie How much does it cost to get in: free of charge Time for a visit: from 30 minutes

Gremyachaya Tower is another Unesco World Heritage Site. It is a surviving part of the defensive structures built around Pskov in the 16th century. The 29-meter Gremyachaya is the highest stone tower in the city, and it consists of six tiers-stories. Many local legends are associated with it: stories about the ghost of a prince killed by enemies; about a sleeping princess with barrels of gold ringing at night; about devils who pretend to be hospitable countrymen.

You can not only walk around Gremyachaya, but also climb it. The tower offers a view of the Pskov River and Kuopio Park, which the city calls Finland Park.

Gremyachaya Tower is one of the highest observation sites in Pskov. Source: Grigory Gusev / Flickr

Embankments of the Velikaya and Pskova rivers

How much does it cost to enter: free of charge Time to visit: from 30 minutes

The embankment of the right bank of the Velikaya River is considered the main one in the city. It consists of two levels. On the upper level, tourists and locals walk, do sports, have a snack on benches overlooking the river. At the lower level men go fishing.

In the summer from here go motor boats and aqua cab for walks on the river and the Pskov Lake. Their mooring is between the Olginsky bridge and the Profsoyuznaya street. An hour boat ride in the summer of 2019 cost 500 R for adults, for children under 7 years old – free.

The most beautiful views open from the left side of the Velikaya River, from the Olginsky embankment: from here you can admire the Kremlin or the installation “Russia begins here”. Olginsky embankment is landscaped only partially. If you go a little further Olginsky bridge, in the direction of Mirozhsky monastery, you can get to a sandy beach.

What to see in Pskov? 15 sights of Pskov and the region. Guide

Pskov is a major medieval Russian city, third in Russia after Moscow and Veliky Novgorod. It is not surprising that it attracts tourists with its unique monuments. There is much to see here – UNESCO monuments, the Kremlin, the Velikaya River, museums, embankments and, of course, churches. In Pskov there are 46 churches and most of them are very old – XII, XIV – XVII centuries. Pskov – a city for hiking trails, the attractions are located here densely. There are many of them. You can’t see everything during one trip. When planning a trip to Pskov, it is necessary to set aside time for trips to the region. Pushkinohorye, Izborsk and Pechory are must-see places. How to organize a trip by days? One day on Pushkinogorje, one more day on Izborsk and Pechory. And at least two days for Pskov. That’s minimum program . For one day you will see in Pskov Kremlin, Mirozhsky monastery and Pogankina Chambers at most. And it’s very little. In this guide, I made a list of 15 attractions of Pskov and the Pskov region – sites, places, cities. Only the main things in brief. The list is enough for more than one trip to Pskov. At the end of the guide – recommendations where to stay, the best hotels in Pskov in different price categories.

READ
The sights of Rennes.

Top 15 attractions of Pskov and the region

2. The Cathedral of St. John the Baptist 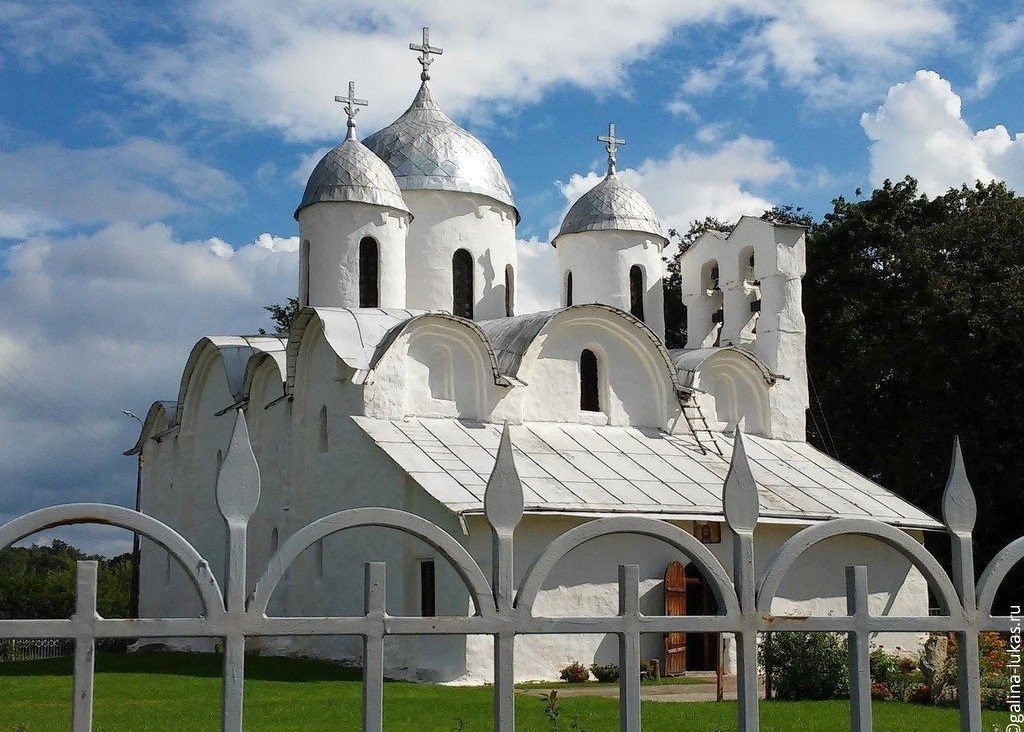 The Cathedral of St. John the Baptist, XII c. 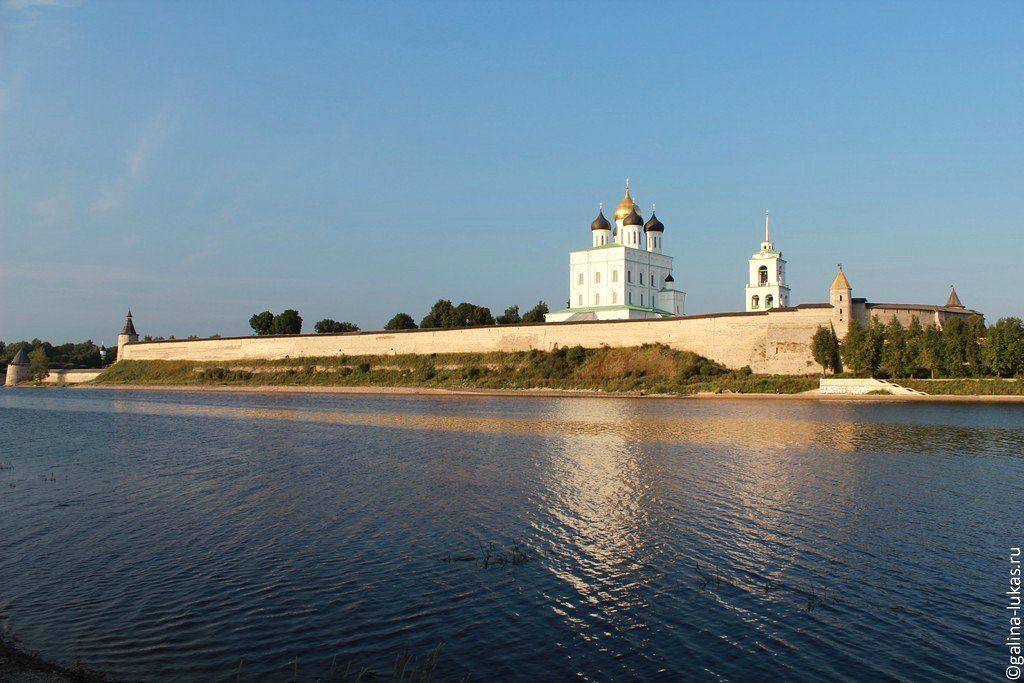 The Pskov Kremlin, the Trinity Cathedral

There are 46 churches in Pskov, 10 of which are UNESCO monuments. Your aim is to see churches of different epochs – XII century (1,2), XIV, XV, XVI centuries. Here are some of them. 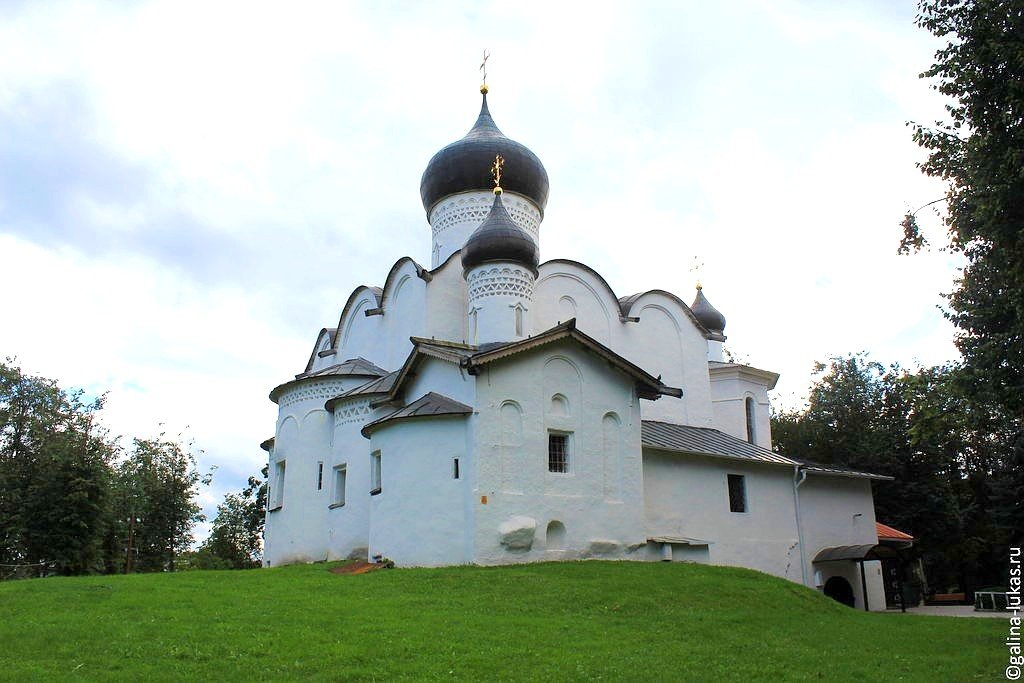 5. Gremyachaya tower and other towers 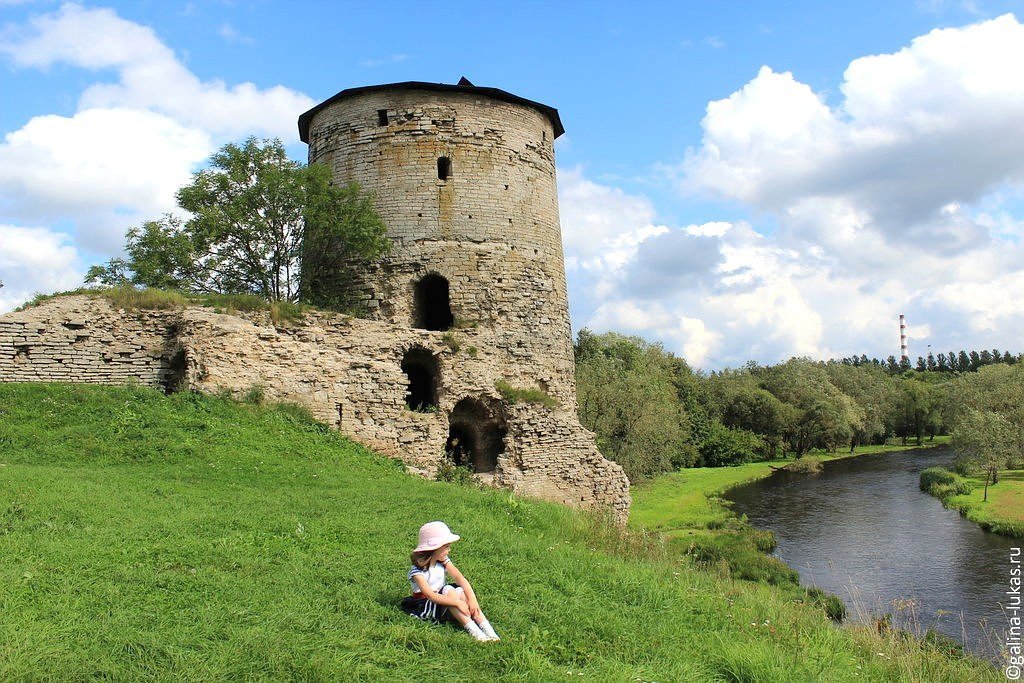 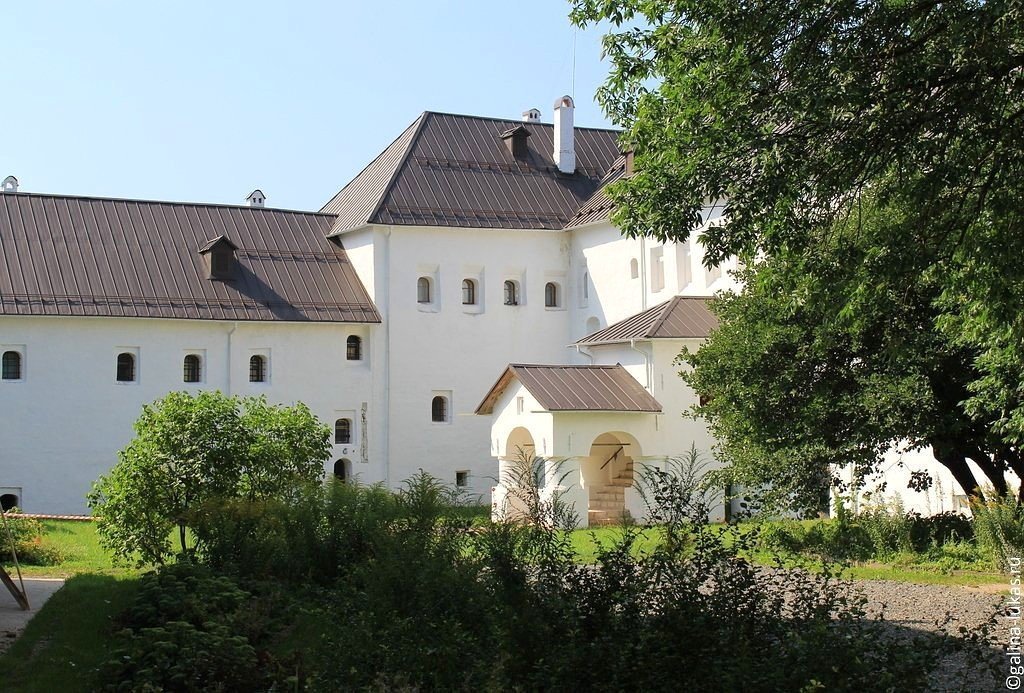 7. Embankments of the Velikaya river and the Pskova river 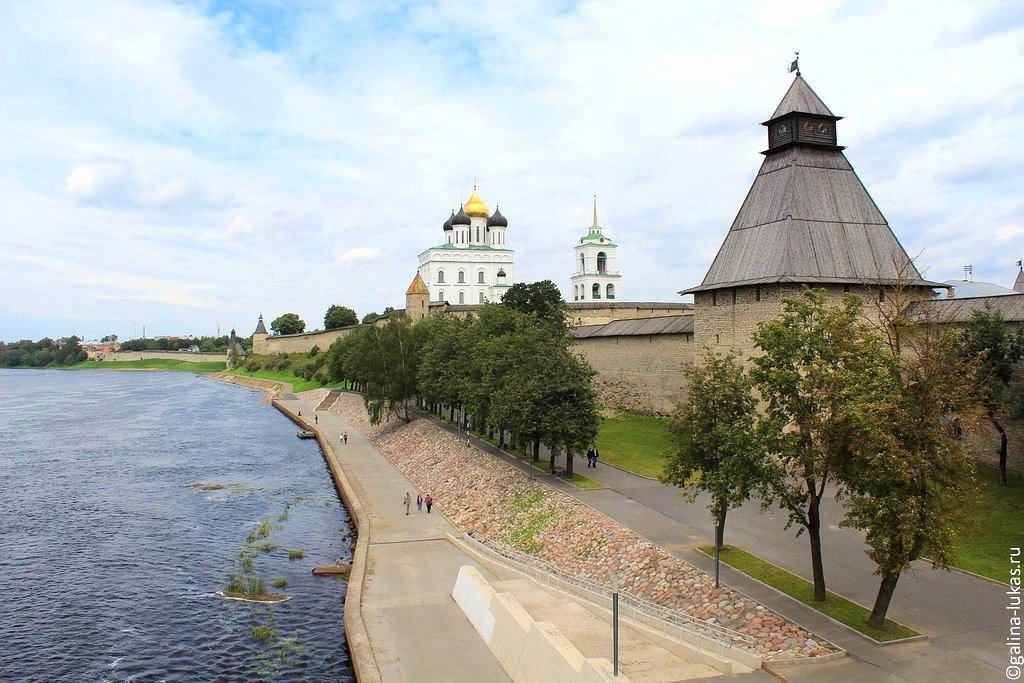 Articles about the Reserve on the site:

READ
All places of interest in Alexandrov, the city in detail 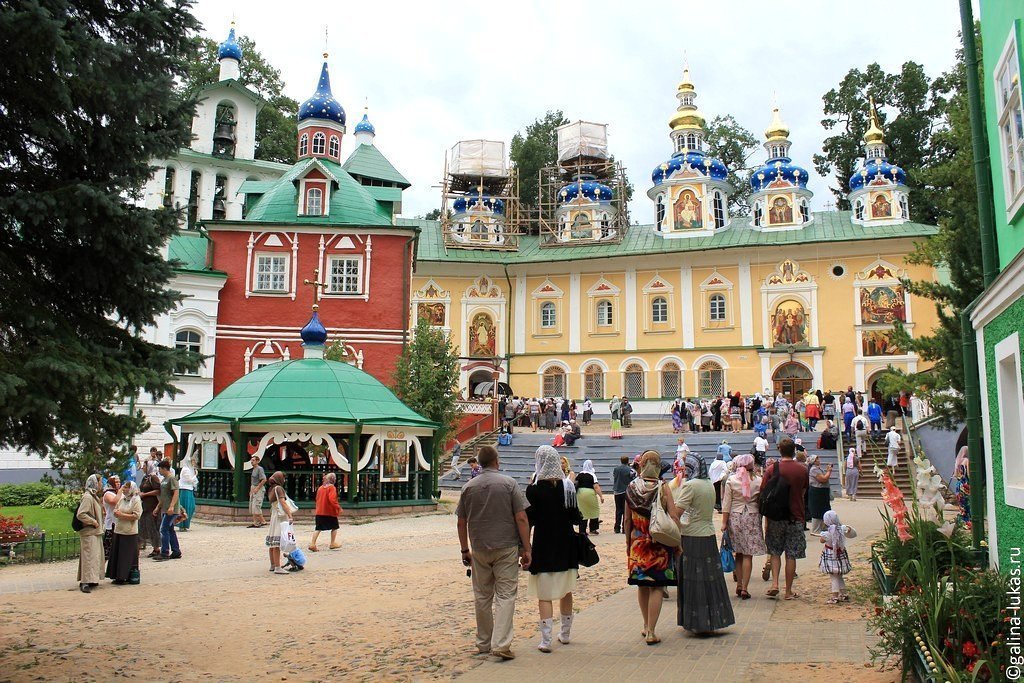 Where to stay? The best hotels in Pskov

“903” hotel – the best value for money, excellent location, buffet breakfast included in the price, its own free parking. Rating 9,1. My review. 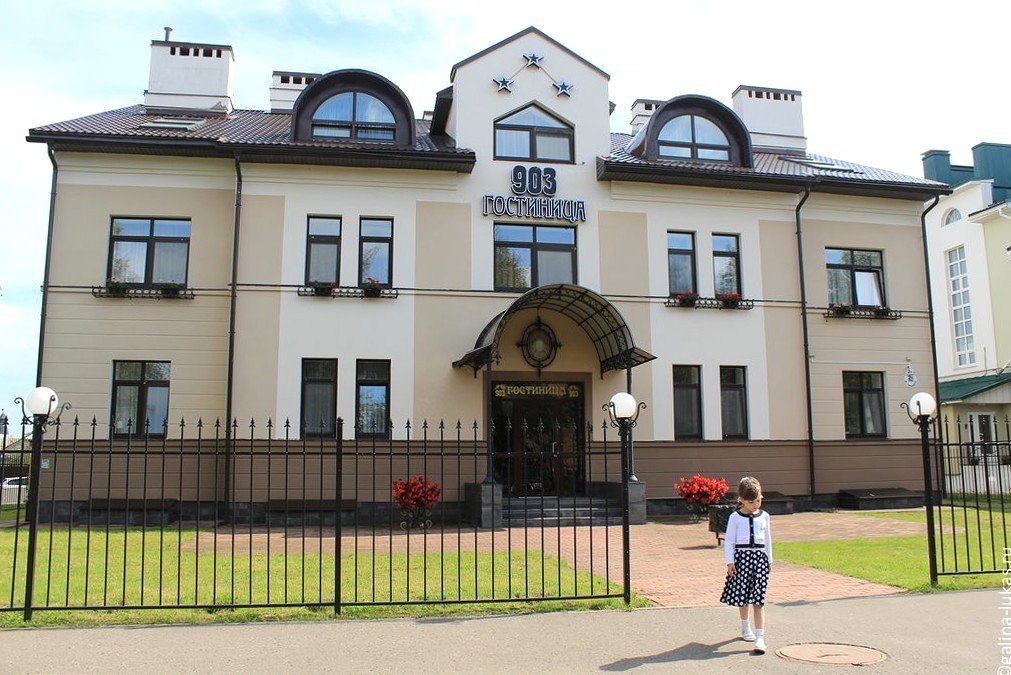 “On the Upper Coast” guest house – excellent value for money, excellent location, view from the window, kitchen in the room, family rooms, its own free parking, no breakfast. Rating 9.9. 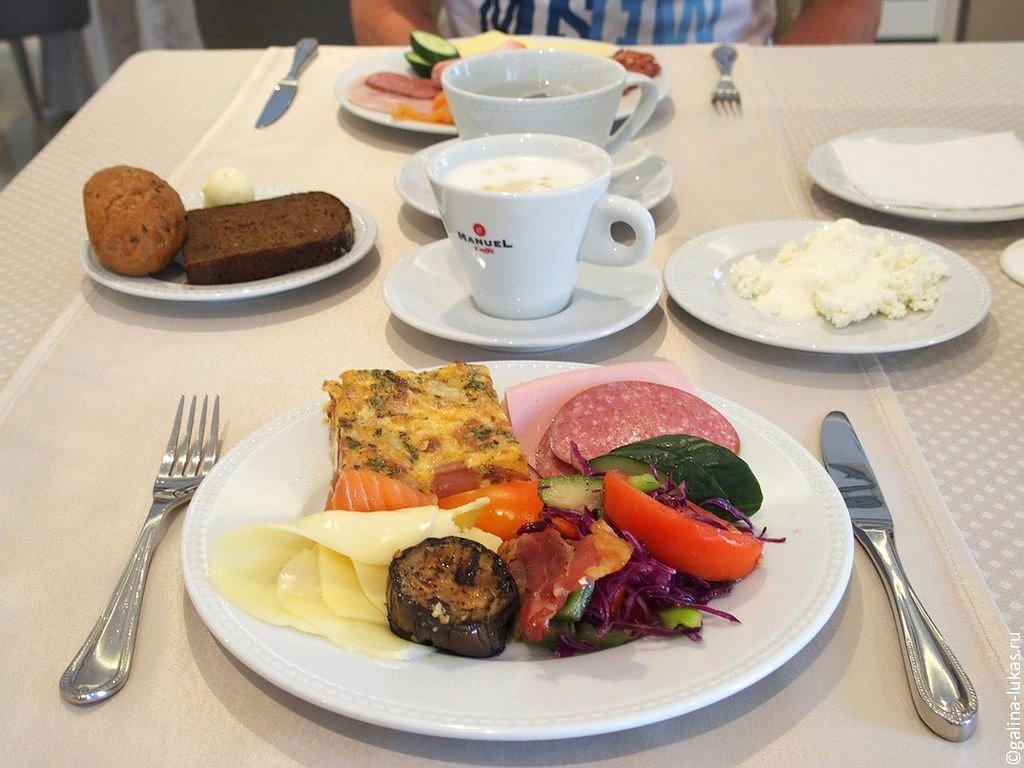 Breakfast at the Pokrovsky hotel restaurant. Photo by Elena Uslanova 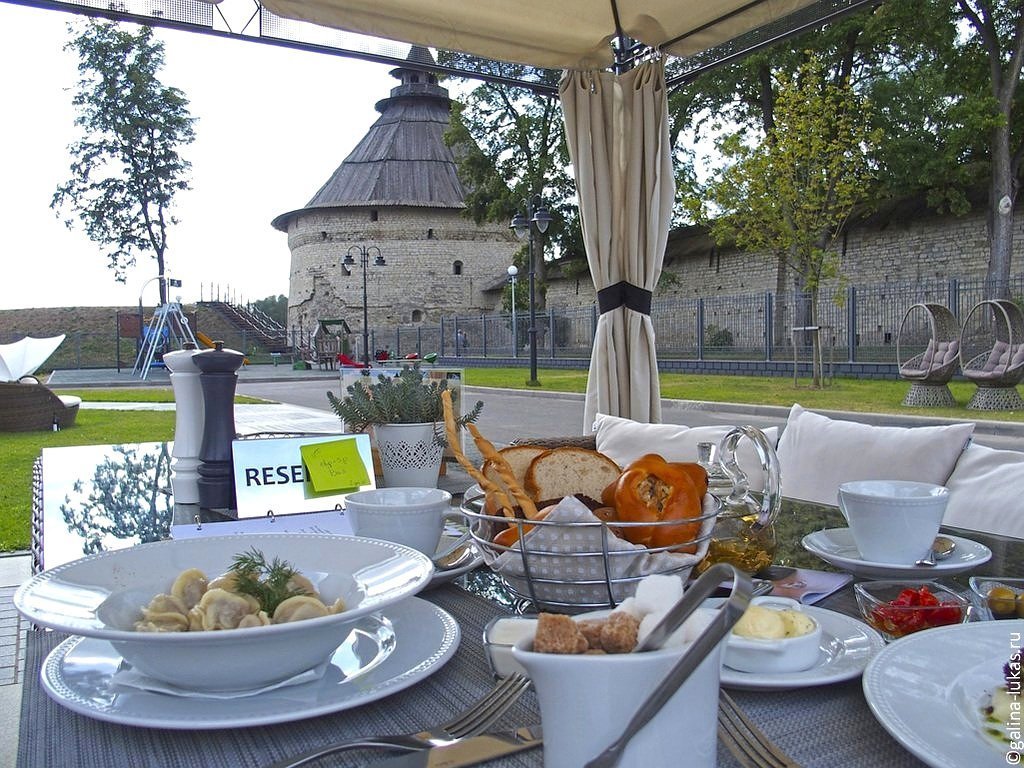 A view on Pokrovsky Tower from the restaurant of the Pokrovsky hotel. Photo by Elena Uslanova