The west coast of South America is almost entirely covered by the giant Andes mountain range. And mountains are known to be the backbone of stunning landscapes. The surrounding scenery is three times more amazing if it is the Rainbow Mountains. 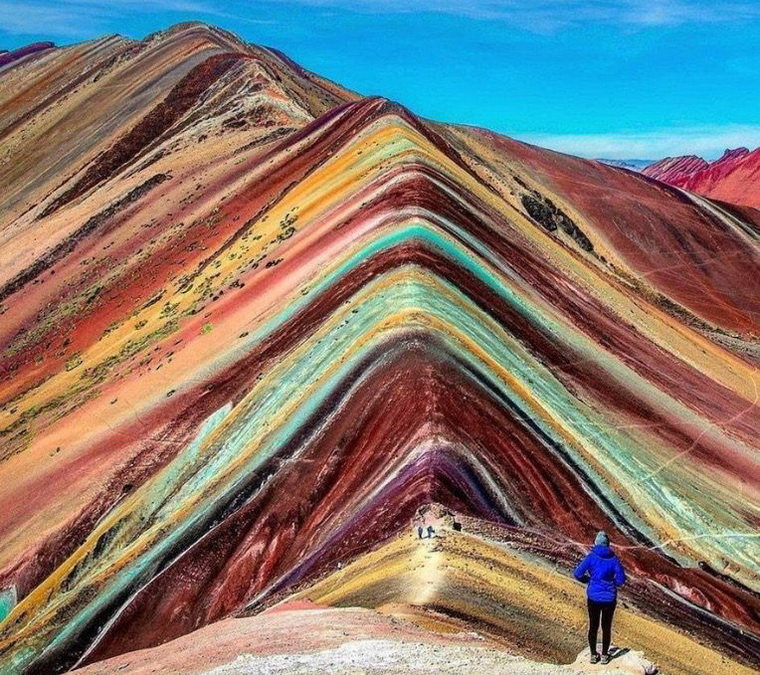 There are many colorful mountains on our planet. And the territory of Peru is no exception, here too you can find colored and striped rocks. One of the most magnificent geological formations in the world is Mount Ausangate and the surrounding striped hills of the Peruvian Andes. They are located in a hard-to-reach area of southern Peru, 90 kilometers in a straight line east of the famous city of Cusco, and 250 kilometers northeast of the legendary Lake Titicaca.

The colors of the local mountains alternate, and are an amazing combination of brown, purple, turquoise, yellow, and red rock layers. The mountains literally shimmer with all the colors of the rainbow. This is why they are called the Rainbow Mountains. In Peru, this is one of the most interesting and stunning sights. 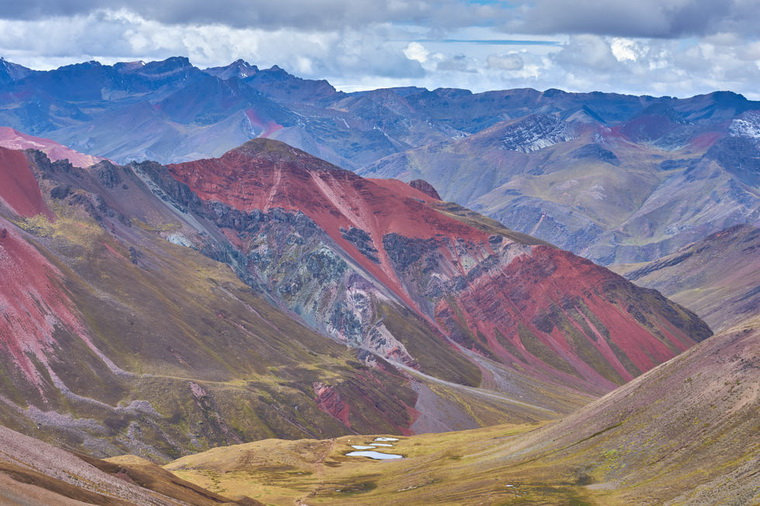 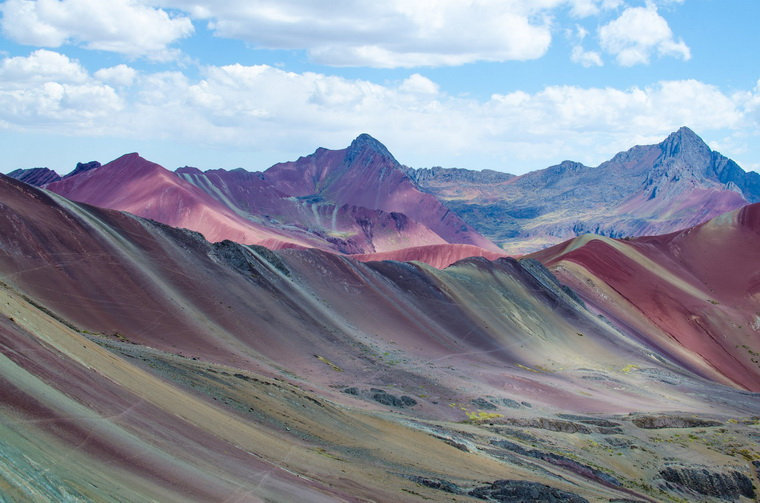 It is worth noting that often online photos of the Rainbow Mountains are retouched to give them extra charm. Here, for example, in the photo below, the multicolored mountains are, in our opinion, post-photoshopped. 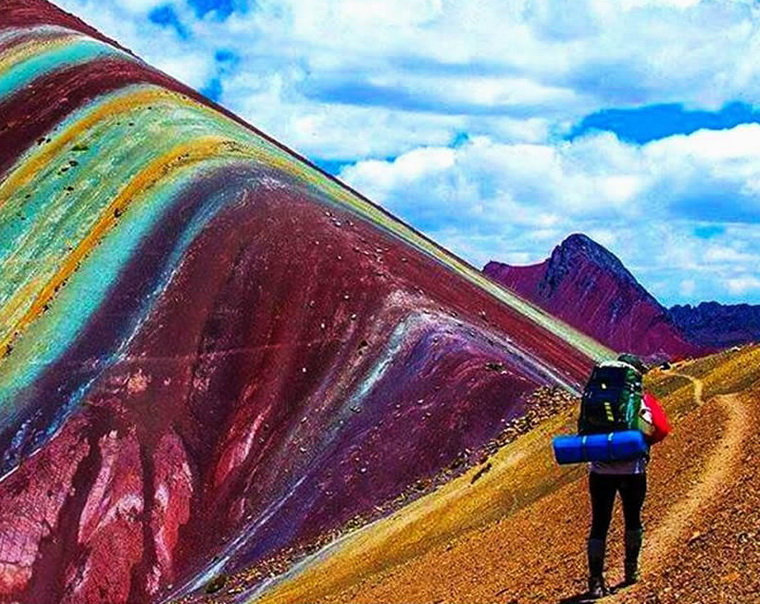 Who painted the mountains?

As usual, the geological processes that took place here millions of years ago played the role of the artist. Depending on the climate and the presence of various minerals and chemical elements in the rocks, the layers have a variety of colors. 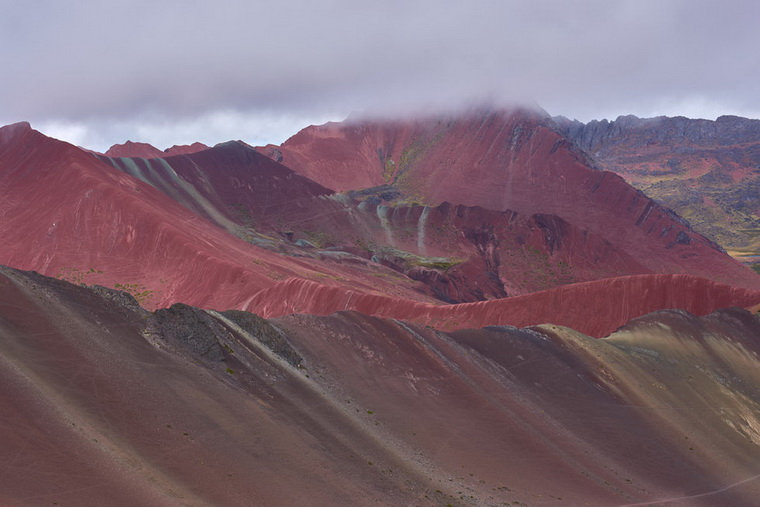 The rainbow colors in the layers of local mountains are largely due to weathering and mineralogy. For example, the red and orange colors of sedimentary layers often indicate the presence of iron oxide as a major mineral.

Rainbow Mountain lies about 5,200 meters above sea level. Sometimes Rainbow Mountain is called Mount Ausangat, 6,384 meters high. It is located 12 km northeast of Vinikunka and can be seen many kilometers away. Its ice cap rises above the surrounding landscape for more than a kilometer. 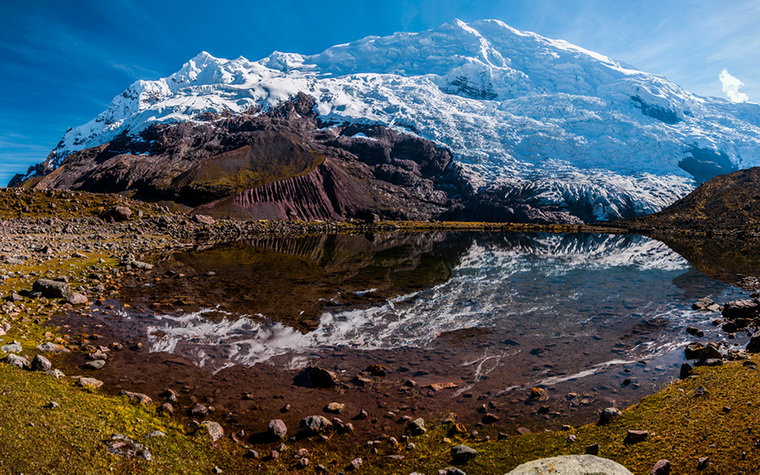 Ausangat, the highest mountain in the area, has long been considered sacred. Divine services are held here daily. Thousands of Quechua pilgrims visit the mountain each year during the Star Snow Festival, which takes place the week before the Corpus Christi holiday.

How to get to the Rainbow Mountains

Finding and getting to the Rainbow Mountains is quite difficult. It used to take at least 5 days to get to them from Cusco. There are no direct bus routes here. You can go to the village Putimarka by local bus, then another 40 kilometers to your destination. There is an option to get by cab.

But it is best to use an organized sightseeing tour, which starts a couple of hours before sunrise and lasts all day.

Some, the most desperate travelers, prefer a 5-day hike from Cuzco. This is how you can experience all the beauty and pristine nature around you. 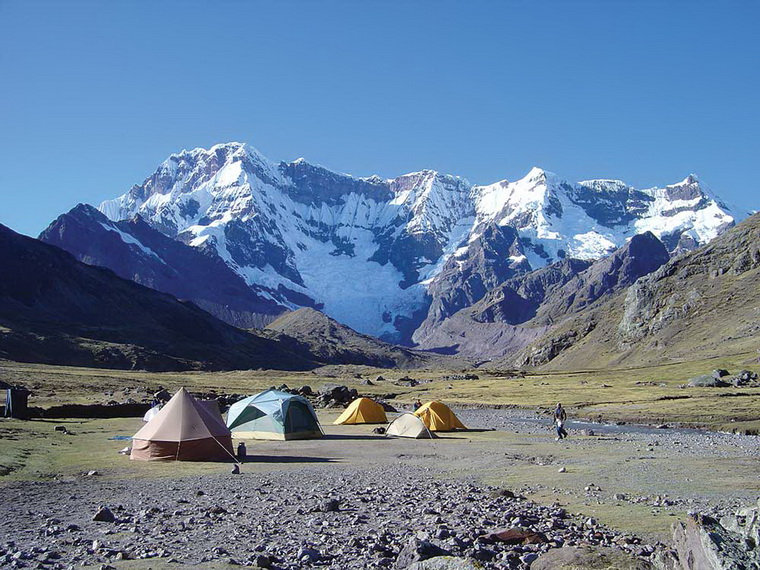 During the tour you will have the opportunity not only to see the Rainbow Mountains, but also to meet the locals, their customs and wildlife. The incredible scenery of the colorful mountains is not without reason listed by National Geographic magazine as one of the 100 must-see places in life. 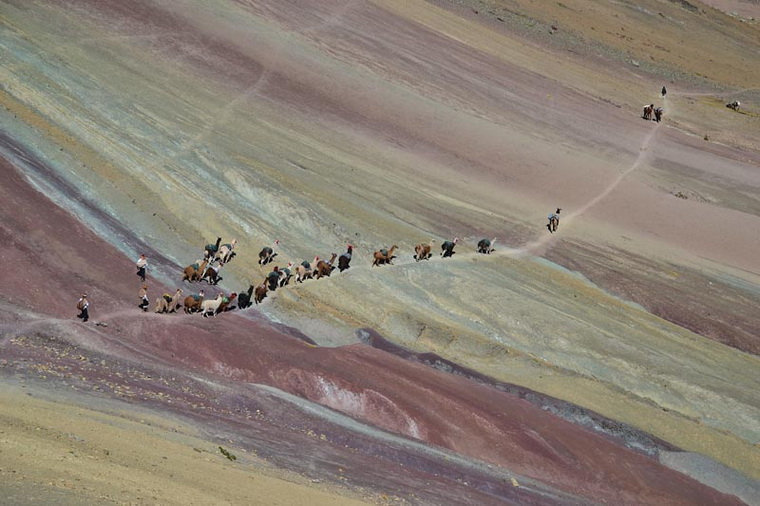 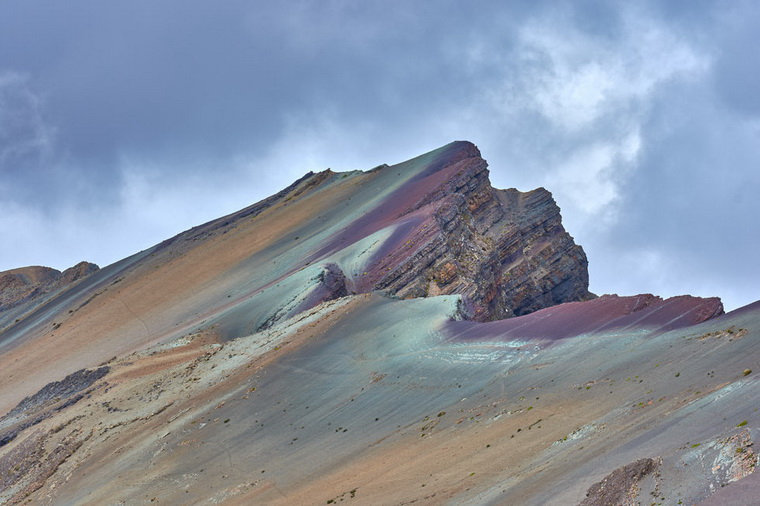 At the beginning of this article, we pointed out that colorful mountains can be found in many parts of our planet. Here’s a look at some of them. 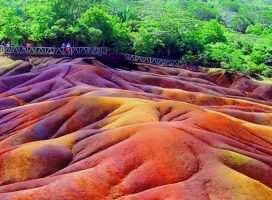 And these, though not mountains, are no less interesting The multicolored sands of Chamarel on the island of Mauritius. 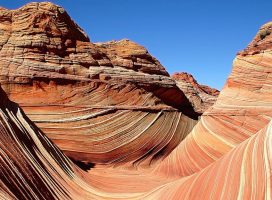 Layered colored geostructure can be seen on the famous Arizona Wave in America. 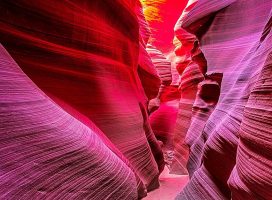 Antelope Canyon with its colors is able to surprise any tourist. This place has an interesting feature – the unusual colors show up exactly in photos. In reality, the color of sandstone here is more modest.

Winicuñica, or Rainbow Mountain, locals call it The Colored Hill, is located in the valley of the same name in the Vilcanota Range, which belongs to the legendary Andes. It is not far from the Inca capital of Cuzco, about 170 kilometers away. Next to Vinicuña is the impressive six-thousand-meter-high Mount Ausangate, which is over 6,300 meters high and whose peaks are covered with perpetual snow. Those who find themselves here will be lucky enough to see a magnificent landscape with the snow-capped peaks of Ausangate, the colorful formations of Rainbow Mountain, and the piercing blue sky against a background of Peruvian deserts and very close to the Amazon jungle.

The existence of colorful mountains in Peru became known only recently, because previously (according to locals) on top there was snow, which under the influence of global warming began to melt, and the mountains acquired the appearance that they have now. The first tourists did not visit here until 2016, but the place quickly became popular with visitors to Peru, both foreigners and locals. Vinicucca got its name “Rainbow Mountain” for its gorgeous variety of colors – yellow, red, white, blue, gray, and orange. The mountains in Vinikunka valley are part of the cordillera of Vilkanot and owe their extraordinary palette to the presence of sedimentary rocks in the erosion stage. These rocks were formed in such a way that an array of seven colors was formed. Especially impressive in combination with the height of the mountain itself – no less than 5 thousand meters!

The name Vinikunka comes from two words of the Quechua language: wini – stone (there are always many stones characteristic of this place, they are large and black in color), and kunka – throat (narrow place of the pass).

Vinicucca Valley is about 3 hours from Cusco, and when you get here you can start trekking up the slopes of the Seven-Colored Wonder of the World. The ascent is not very steep, but it is also quite long, so hikers need to stock up their strength. During the trekking you will cross the clearest rivers and spacious meadows, you can communicate with local people and have a good look at the local flora and fauna, including llamas, alpacas, vicuñas.

After about 4 hours of trekking, you will find yourself at the observation point located on the nearby Vinicuña Mountain. From here you have incredible views of Rainbow Mountain as well as the majestic Ausangate, the fifth highest of the Peruvian mountains. Climbing Colored Hill itself is forbidden, so as not to damage the landscape with numerous visits. The difficulty of the trek ranges from medium to high and requires good fitness. It is also possible to make the ascent on horseback. Whichever way up – on foot or on horseback – you choose, the panoramas you see will make up for the difficulty and the time involved. The main thing is not to forget to bring enough water, warm clothing and comfortable shoes, preferably sports or trekking shoes. It is also desirable to have trekking poles.

There are no comfortable hotels in the Vinicucca Valley settlements, so to see the Seven Colors Mountain it is best to take a day trip from Cusco. Departure time from the Inca capital is early in the morning, around 4 am.

Trekking directly to Mount Ausangate takes about 5 days and requires more serious preparation. Due to the high altitude of the area, as well as the fact that there is an edge of snow, you should keep in mind that the temperature at night can reach fifteen degrees Celsius below zero, or even lower, so your sleeping bags should be adapted for this. There is limited tourist infrastructure in the area, so while trekking hikers use the infrastructure of the locals, and they will meet the real local culture. It is also possible to live in lodges (trekking routes may vary).

The best time for trekking in Ausangate is from April to November. During 5 days of trekking you will reach a height of about five thousand meters, see the glaciers, mountain rivers, lagoons with clear blue and turquoise-blue water, can swim in the hot springs. By the way, Ausangate is considered a sacred mountain where locals hold rituals to worship mother earth, leaving her offerings, and the mountain itself is simply called Apu – Sacred.