The Rio Tinto is a dead river in Spain

The vast majority of the rivers on the planet give life, and only a very small fraction of them can take that life away. We recently came across a unique boiling river in the Amazon jungle of Peru. For more than 6 kilometers the water in this river has a temperature of about 80 degrees centigrade, and sometimes even up to 100 degrees centigrade. Naturally, anyone who falls into such water is literally boiled alive.

There are many more amazing and even scary places on Earth. Now we will tell you about another river that can be considered dead. The Rio Tinto, in the southwestern part of Spain in the autonomous region of Andalusia, shows with all its appearance that it is better not to mess with it (which, in principle, all living things do). The water in the river has all shades of red and orange. 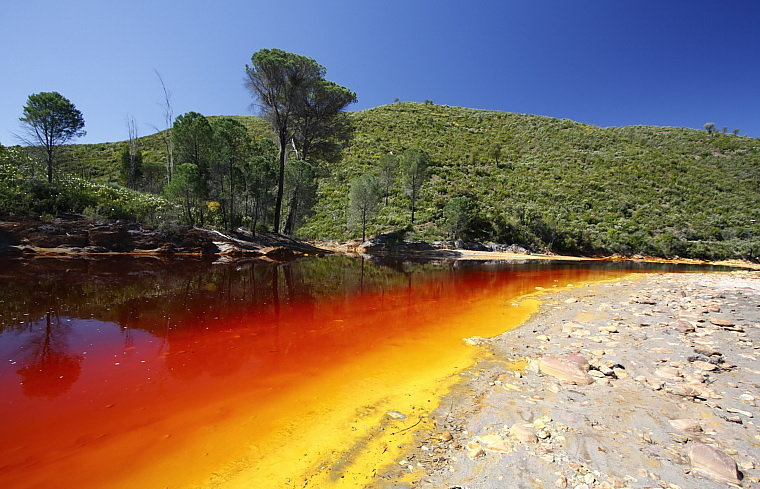 Rio Tinto on the map

There are still places on Earth with unusual colors of water. Think for example of Blood Pond in Japan, or Caño Cristales, the river of five colors in Colombia. But in these parts of the world the color of the water is due to the influence of natural factors. But the original color scheme of the Tinto River did not come entirely from nature. Man has played the lion’s share in the “coloring” of the river. Usually, man tries to take more from the planet, giving nothing in return. This is what happened to the Rio Tinto.

Why is the Rio Tinto Red

The area around the river is rich in deposits of iron, copper, silver and gold ores. Therefore, since ancient times, people began to extract minerals in the coastal strip. There is evidence that as early as 3000 B.C. the first ore mining operations were already taking place on the banks of the Rio Tinto. The waters of the river were used to wash the ore. As a result, various metal compounds and other byproducts began to flow into the river. But even over hundreds and thousands of years, the color of the water did not change as people only mined the surface layer.

The color of the water began to change rapidly much later. In the late 19th century, during a time of rapid technological development, the mines at the Tinto River were given new life. Deeper layers of the earth’s surface began to be mined. Mining took on an industrial scale.

An entire settlement for engineers, geologists and administrative staff was built on the banks of the river. About 300 km of railroad tracks were laid. Ore extraction increased many times, and with it the discharges into the river increased significantly. Plus, on the banks of the river many pits and mines were dug. Accordingly, the water gradually began to wash out the compounds in the soil. The peak of industrial production was in 1930. Then gradually the level of production began to decline, and in 1986 completely stopped production of copper, and in 1996 stopped extracting gold and silver. The mines were completely closed in 2001. 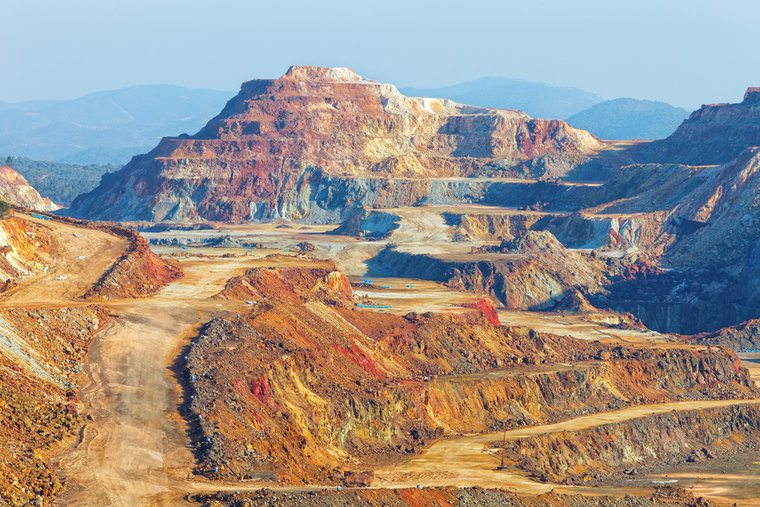 What do we have in the end? As a result of widespread human intervention in nature, a completely lifeless blood-red river appeared on the map. The amount of dissolved substances in the water is off the charts. No respectable living organism would agree to live in such a river. The exception is the bacteria extremophiles (in the original extremophiles is the common name for microorganisms that can survive in the most extreme conditions).

READ
Tower of Hercules - functioning lighthouse of the Roman Empire

Scientists have not come to a consensus about the surreal color of the water, but most likely it is not only due to the compounds dissolved in the water, but also due to those same bacteria. It would be more accurate to say their symbiosis. There is speculation that the chemicals are a breeding ground for extremophile bacteria, and the result of the activity of these bacteria was such an unreal color of the Rio Tinto River. 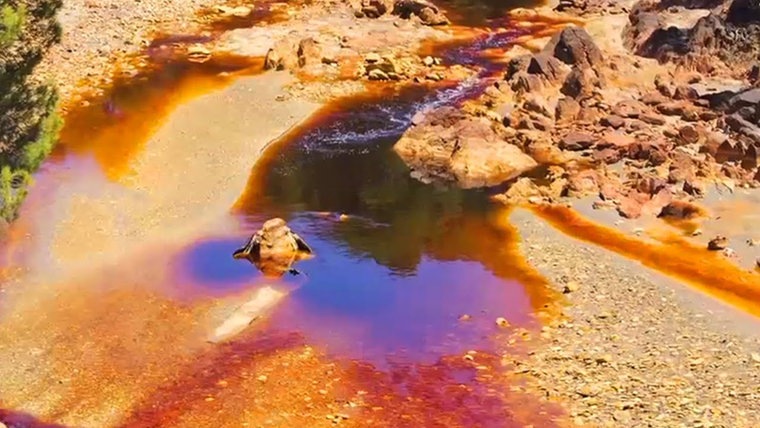 If you decide to visit the Rio Tinto, never try to swim in it. The water is saturated with dangerous heavy metals, and the pH of the water is about 2. That is, ph=2. To understand the level of acidity, here is a comparison. The acidity of lemon juice = 2.1. gastric juice is about 1.5. You won’t dissolve in water, of course, but the effects will be unpleasant.

Oh, the Rio Tinto, once its surroundings were famous for its rich deposits of precious metals, but time has spared nothing.

Nowadays, the river is famous for its unusual blood-red color and the surrounding landscape, so similar to that of Mars.

A little history of the Rio Tinto

The Rio Tinto is located in the province of Andalusia in southern Spain. It takes its source from the shores of Huelva and flows into the Atlantic Ocean.

Rio Tinto is famous for its blood-red colored waters. You may ask, why is it this color? Let’s delve a little bit into history. Since ancient times, the inhabitants of the surrounding areas have learned that the area adjacent to the river is rich in minerals, precious and semi-precious metals: ore, copper, silver, gold, iron. Thousands of years ago, the Iberians began to mine precious resources there. They were succeeded by other peoples. Everything depended on who owned the territories at the time. But the development of the quarries never stopped for a moment.

If the resources were endless, and their extraction was not harmful to the environment, it is possible that mining would continue to this day. But things do not last forever, the reserves are gradually depleted and the Rio Tinto River has become “dead. Its waters are completely unfit for living organisms. First of all, because the acidity of the river (pH) varies from 1.7 to 2, 5.

If you compare it to the pH of concentrated lemon juice, Rio Tinto wins. Only one living organism has been able to survive under these conditions. They are bacteria – “extremes” that live in colonies. They eat copper oxide and absorb sulfur. Surprisingly, they feel quite comfortable. Here we come to the color scheme of the river. It has acquired a crimson color from iron salts, arriving in large quantities from neighboring industry. At present there is no mining, the deposits are fully developed, but mines, excavations and quarries remain.

Many famous scientists in the field of physics, astronomy and chemistry have become interested in the river. The point is that the conditions of life in the river are similar to those on other planets. It has long been proven that there was water on Mars, and, consequently, life It can be concluded that there may be living organisms on this planet, similar to the aerobic extremophilic bacteria living in Rio Tinto. The exterior landscape can also be called “Martian.” The bizarre meandering of the river, abandoned mines, rocks of various shades. Of course, the color of the river is of more interest. Walking along the river, it is impossible not to notice the change in colors and shades from deep red to emerald green. Presented almost the entire color spectrum you can imagine. Mesmerizing spectacle.

The area of the Crimson River is very similar to the Martian. This made it possible to conduct tests of Mars rovers, new modifications of the space suits. Recently a rare mineral called jarosite, which can only form in such an acidic environment, was found near the river. It was found during one of the tests rover “Opprtuniti”, which belongs to NASA. Fans of extreme sports will also find something to do.

Despite the fact that Rio Tinto has become a very dangerous place, almost all year round it is visited by tourists and locals. The area has been landscaped, excursions have been created. If you want to get to the river on your own, the main reference point is the town of Nerva. Not far from it there is a tourist office, from which two times a day by train you can take a tour along the river. In addition to the river itself, you will see the largest quarry and the blood lake formed in one of the quarries, and visit the local museum. Which contains mining tools as well as minerals found at different times.