Robinson Crusoe Island: Where is the little piece of land that sheltered Robinson? 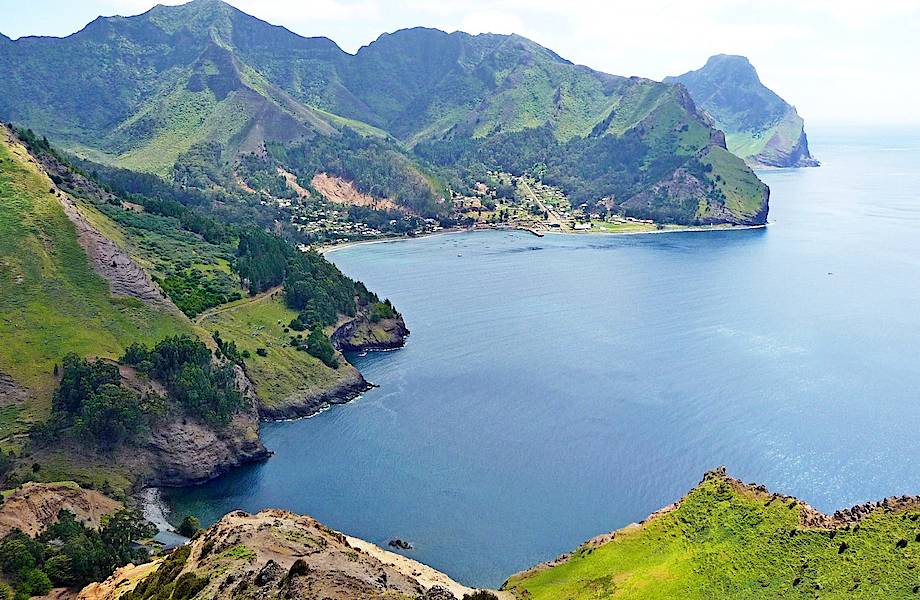 Daniel Defoe’s novel Robinson Crusoe was not just a fiction by an English writer, but was based on a true story of harsh survival. The prototype of Robinson Crusoe was a very real man – the Scotsman Alexander Selkirk, who lived on a deserted island for more than 4 years. At that time the island was called Mas-a-Tierra, and received its modern name in 1966, more than 200 years after the publication of the famous novel. 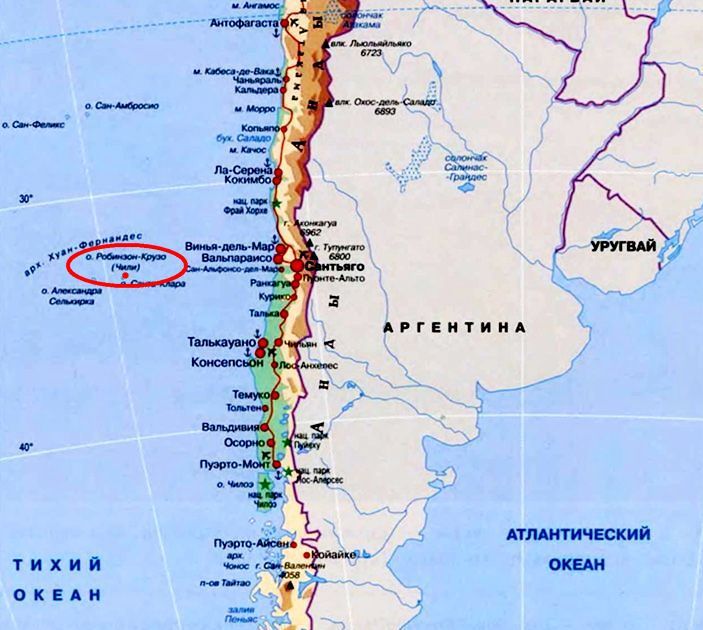 Robinson Crusoe Island is located off the west coast of South America and belongs to Chile. The distance to the mainland is more than 600 kilometers. It is one of the three islands of the Juan Fernandez Archipelago and has an area of 47.9 square kilometers. The archipelago is of volcanic origin and has a characteristic mountainous topography. The climate is Mediterranean, which means there are distinct seasons: mild warm winters (when the temperature drops to +5 ºC) and hot summers. 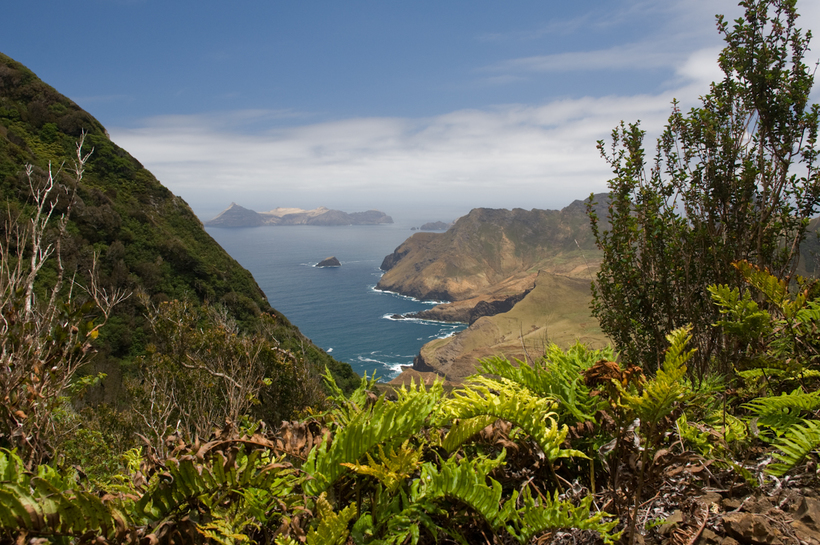 The events that formed the basis of the famous novel unfolded in 1704. Alexander Selkirk was serving as bosun on the ship “Sank por”, which sailed to the shores of South America. At that time he was 27 years old. The seafarer had a short temper and was in constant conflict with the ship’s captain. As a result of another quarrel, at Selkirk’s own request, he was disembarked on the island of Mas-a-Tierra, which the ship was passing by at the time. It turns out that it was not the shipwreck, as Daniel Defoe described in his work, but his stubborn character that was to blame for his stay on the island. Well, in other respects, the life of the bosun on the island was much like that described in his novel by the famous Englishman. 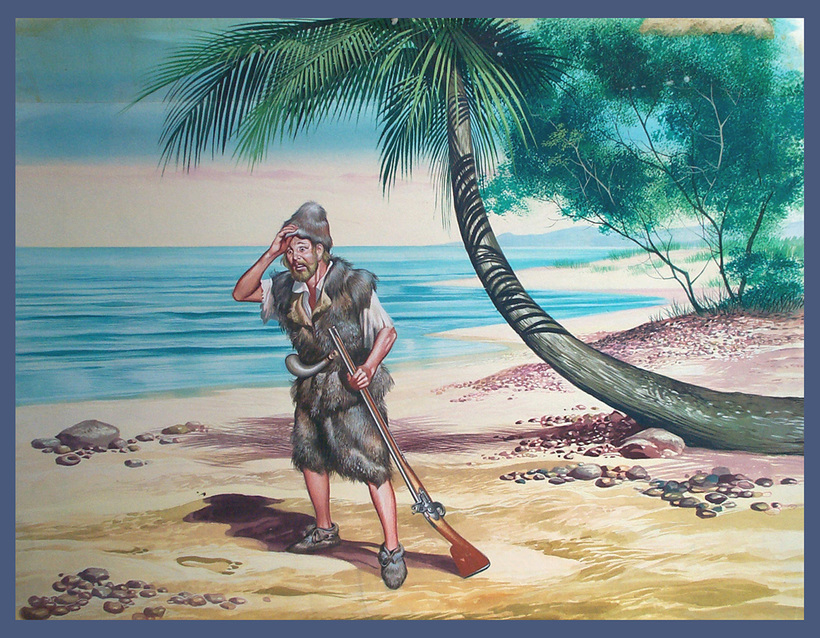 He built himself a hut, found wild goats on the island, got his own food and read the Bible, so as not to become completely feral. However, he did not meet any natives or Friday, and he lived an incomparably shorter time there. Interestingly, during the English sailor’s stay on the island, Spanish ships twice docked there. But since Spain and England were sworn enemies at the time, Selkirk considered it a good thing not to show his face. The sailor was rescued by the English ship Duke (four years after his landing on the island). The fact that Selkirk’s anchorage was discovered on the island testifies to the authenticity of this story. In 2008, a British archaeological expedition reported finding the remains of a hut, an observation point at the top of the mountain, and early 18th-century navigational instruments. 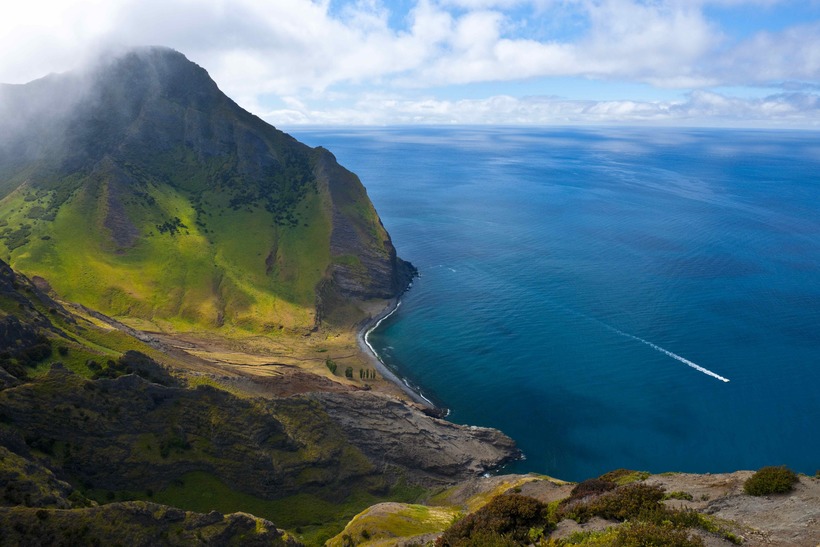 Today, Robinson Crusoe Island is home to a little over 600 people, mostly engaged in seafood harvesting and working in the tourism business. The largest settlement of the island, San Juan Bautista, is located in the northern part of the island. Despite its original history, the tourism sector here is underdeveloped, with only a few hundred people visiting the island each year. The lack of sandy beaches and quality roads, not at all a “heavenly climate” (about half the year) and remoteness from the mainland attract only true connoisseurs of a secluded lifestyle, who want to touch the story of Robinson Crusoe. In addition to the famous character, the island is famous for another attraction. The German cruiser Dresden sank off its shores during World War I. And today diving is organized in its location. By the way, the name of Alexander Selkirk also went down in history. This is the name of the neighboring island within the same archipelago. 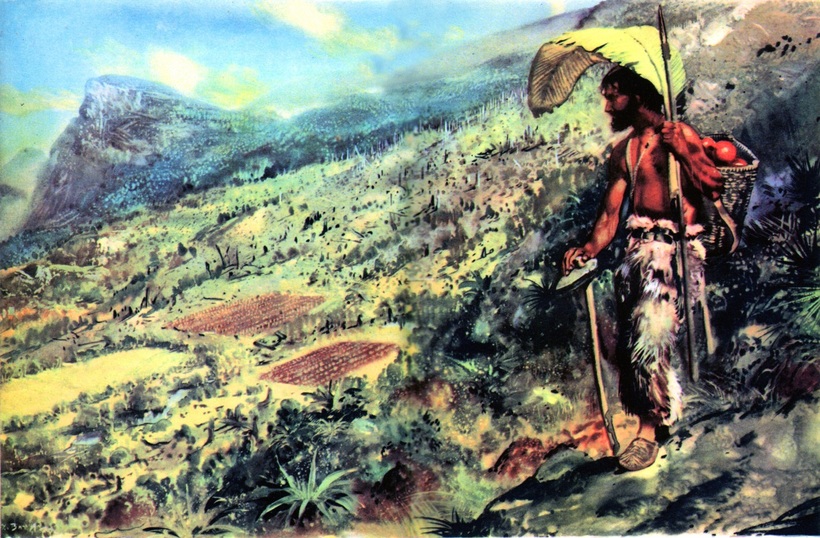 The material is copyright, at copying a link to the article or site travelask.ru is obligatory

Robinson Crusoe Island is located in the southeastern Pacific Ocean and is part of the Juan Fernandez Archipelago, which in turn belongs to Chile. But 674 km west of its shores is Robinson Crusoe Island, which until 1966 was called Mas-a-Tierra, which means “the island closest to land”. 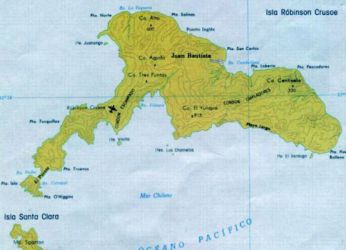 History of the name

In 1704, Scottish sailor Alexander Selkirk was left alone on Mas a Tierra Island. He lived on it for 1,464 days. The island has at all times attracted people and even groups of people who wanted to isolate themselves from society and some of them lived even longer than Selkirk. But it was the writer Daniel Defoe’s attention that caught it. The Scotsman’s story formed the basis of the book Robinson Crusoe, and the island was renamed after the main character.

READ
The Marquesas Islands, an archipelago in the Pacific Ocean

Today, Robinson is almost a real character, an image so tightly intertwined with the life of Alexander Selcreek, that today they are perceived as one character. Tourists come to Mas-a-Tierra to visit the legendary island and “assess the situation” with their own eyes.

The island was formed as a result of volcanic activity, which also influenced the mountainous terrain, which was also worked on by strong winds. The highest point of the island is Mount El Yunque, the height of which is 916 meters. Robinson Crusoe’s climate has been defined as Mediterranean, and the weather can vary greatly in different parts of the island. The land is divided by a mountain range, on the east side of which the climate is warm, and on the west side – cold, dry and desert.

Mas-a-Tierra is home to just over 600 inhabitants, and most of them are concentrated in the central part of the island, on the shores of the bay. The climate there is the most favorable for life, in addition, the proximity to water gives access to seafood. Today, the main activity of the population is lobster fishing for export and tourist services. 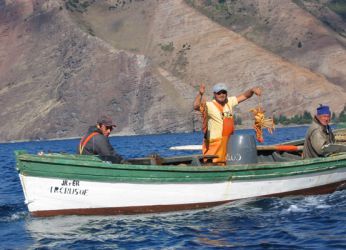 It is surprising that such a small island with a population of only a few hundred inhabitants has its own brewery, which is of great interest to travelers.

In the remote part of the island, which is not connected to the main part of the land roads, there is an airfield. It is only capable of receiving light aircraft. Despite a clear flight schedule between Santiago, Valparaiso and the island, dispatch often cancels or delays flights because weather conditions on Robinson Crusoe are unpredictable and flying light aircraft becomes impossible. The flight from Chile to Mas-a-Tierra is about two to two and a half hours. If the pilot is forced to make a circle around the island before landing, the flight time can increase to three hours.

Tourism on the island

The history of the island is no less interesting than its present, the more so some facts have also made a significant contribution to the development of tourism. Thus, Mas-a-Tierra has long been a haven for pirates. They rested on the island, repaired ships after fights and long voyages, resupplied with food and fresh water. Of course, the large concentrations of pirates brought some changes to the life of Chile’s coastal towns. So the Spaniards decided to drive out the sea robbers, and they acted decisively. In 1749 a fort with 15 cannons was built on the island. It, together with the cannon, has survived to this day. Today, tourists visit the fort with curiosity and imagine how these cannons were fired at desperate pirates. 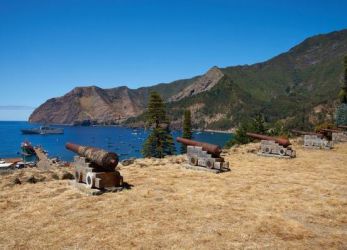 Another interesting event that occurred off the coast of the island, occurred in 1915, March 14. When the German cruiser Dresden went into battle with two British cruisers and lost. Today tourists have the opportunity to dive and see the Dresden for themselves. The fact that at the time of the battle the future leader of the Abwehr of the Third Reich, Admiral Canaris, served on it with the rank of lieutenant adds to its legendary value. He was executed after World War II.

Despite the fact that the shores of the island is washed by the Pacific Ocean, beach holidays here is absolutely not developed. Because of the lack of sandy beaches, not everyone dares to swim near the shores of Robinson Crusoe. Therefore, the main goal of tourists who visit the island is to touch the already legendary story of Selkirk and his prototype Robinson Crusoe, as well as see the historical legacy of the era of pirates and the First World War. 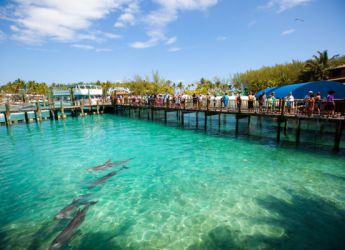 Tourists should note that there are virtually no paved roads on the island. They are mainly paved to the town, where most of the population lives and to the sights, and that was done to promote tourism.

READ
Abaco Island in the Bahamas, detailed description and photos

Where is Robinson Crusoe Island?

Robinson Crusoe Island is quite easy to find on the map, as it is almost opposite Santiago. It is 674 km off the coast of Chile, in the Pacific Ocean, and 150 km from the nearby island called Alexander Selkirk.