Saudi Arabia has made all its life subject to the rules contained in the Qur’an and this is reflected in the number of holidays celebrated.

Saudi Arabia is one of the most closed countries in the world. To enter this country can be either representatives of diplomatic missions, or in connection with employment for one of the oil companies, or a pilgrimage to Mecca a Muslim, or a trip to visit a relative. There are no other options.

Bears the name Al-Yaom al-Watani, one of the few secular holidays and enshrined in the calendar. The holiday has historical significance, celebrated since 1932, when the decree on the final formation of the state of Saudi Arabia was issued. Remarkably, the country got its name in reference to the clan’s generic name that took the lead.

The national day in Saudi Arabia is the official day off. During this time, a speech of the king is shown on television. The day is an official holiday, meaning that banks and government offices are closed.

It is known that foreigners, with the exception of representatives of diplomatic missions, are not allowed to celebrate. Those who live here due to work usually spend these days in compounds, that is, in special closed areas where guards are posted. Occasionally, Saudi citizens may invite individual colleagues with whom they have become friends to their homes, but this is very rare and considered a great honor.

Eid ul-Fitr, also called Uraza Bayram. The end of the Muslim holy month of Ramadan, during which the Prophet received his revelations from Allah. It occurs on the last day after sunset, with the date varying in different Muslim countries. The holiday has a great spiritual significance: during the whole month, the faithful not only fast, but also dedicate a lot of time to studying the Koran and its interpretations.

The end of Ramadan is considered to be the day of breaking the fast. Prior to that all Muslims (girls from the age of 9, boys from 12) hold a strict fast during which after sunrise until sunset it is forbidden to eat or drink anything. An exception is made for pregnant and nursing women, as well as for the sick, with some indulgence for those who are on the road. In order to make it easier to fast, Muslims rise before sunrise, have breakfast and, of course, eat dinner after sunset.

On the day of the end of Ramadan everything begins with a festive prayer. Many places have preserved the tradition of cutting an animal, usually a ram, to divide it into three parts. One part is kept by a Muslim, according to the canons, the second is divided with friends and relatives and the third is given to the poor.

A Muslim should visit no less than 7 houses during the holiday and he will be treated everywhere. Men always go out to the guests, while women only go out to visit women. In general, the holidays here are strictly separate, even for weddings women go separately, the women’s part of the celebration can take place in a different place than the men’s.

The end of Ramadan is required for Muslims to wear new clothes. The hands must have silver jewelry on them. Also, everything must be clean, so the houses and streets are put in order. The holiday tables are necessarily set, the women begin to prepare a few days before the event.

For the main meal, there will certainly be several lamb dishes, and the meat is often not trusted to women to cook, because they consider it a man’s occupation. Lamb can be found both roasted and boiled – in salads, combined with goat meat or chicken.

Saudi Arabia most solemnly celebrates the main holiday of all Muslims, the Festival of Sacrifice. It takes place 70 days after the previous one. According to tradition, Allah tested one of his prophets, Ibrahim, who agreed to sacrifice his eldest son. The latter, being obedient to his father and Allah, did not resist. But Allah, in His mercy, stopped the sacrifice at the last moment, replacing his son with a ram.

The holiday itself is the culmination of the Hajj. On the eve of the Hajj, Muslims ascend Mount Arafat, and on this day it is customary to stone-throw a ritual, followed by tawaf, that is, a sevenfold circumambulation of the Kaaba. It is obligatory to read prayers, Muslims are required to perform a full ablution and wear new or clean clothes.

A cow, a ram or a camel is sacrificed. It should be a completely healthy animal without physical defects, which is not less than six months old – a ram. If it is a cow, she must be 2 full years old, and if it is a camel, she must be 5 years old. And it is desirable that such an animal should not only be without defects, it should be large, well-fed and fat. One should not take something, for example, which half an ear is missing or horn is broken.

It is customary to take hides of sacrificial animals to a mosque, and meat is boiled and eaten at a common meal, where all faithful are invited. At the head of the table is the Imam. The traditions of celebration echo what is customary at the end of Ramadan.

The Prophet urged to sharpen the knife as well as possible in order not to torment the animal in vain, and before slaughtering rams they should hang them on the ground with their heads towards Mecca.

Not all Muslims slaughter animals themselves. Therefore, many may turn to a butcher. Strange as it may seem, there are corresponding regulations for this case, too. In particular, it is forbidden to pay the butcher for sacrifice, and one should not give him the meat of an animal as a payment.

READ
The most religious monuments, photo and description

A orthodox believer himself may not sell sacrificial meat, but may use it, and also use horns and hoofs for his needs.

A rare, one might say exceptional, example of a secular major event in Saudi Arabia. Not considered a holiday, it is a festival of national culture and folklore, held in February for two weeks. Associated with domestic tourism, foreigners are not invited to this event, except for official representatives of diplomatic missions. At this time, there are royal camel races, which, of course, are considered the best in the country.

The ruling family (currently numbering over 7,000 princes alone) patronizes the event. Various competitions are held and awards are given for the best products, such as carpets, handmade edged weapons, tableware, jewelry, and more.

Of course, women and men walk separately, sometimes the husband may walk with his wife, but in this case she will always walk behind him.

Separately, there are music and poetry competitions, in which only men are allowed to participate. Only Arab music is preferred, since there is little Western (or any other) music in Saudi Arabia, except for two small radio stations for foreigners. 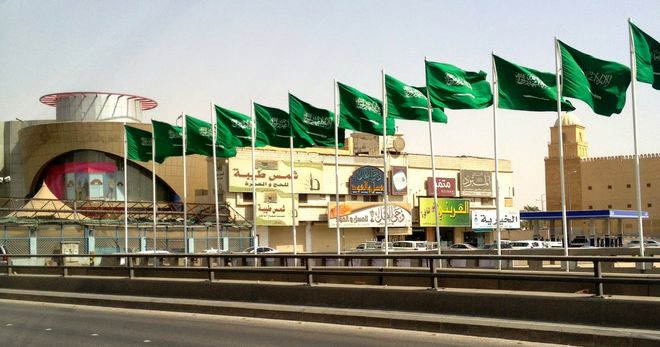 Until now, Saudi Arabia is a Muslim country, closed to members of other religious denominations. Only a limited number of foreigners, including pilgrims, are allowed access to it. Islamic traditions have subordinated themselves and the order in which holidays are celebrated in Saudi Arabia.

Until now Saudi Arabia is a Muslim country, closed to representatives of other religious denominations. Only a limited number of foreigners, including pilgrims, are allowed access to it. Islamic traditions have subordinated themselves to the order in which holidays are celebrated in Saudi Arabia. Regardless of the nature of the solemn event, national or religious, its celebration lasts from sunset until the next sunset.

As of today, there are no more than 10 dates on the calendar of this kingdom that are celebrated by the entire country. National and religious holidays in Saudi Arabia include:

Many Muslim celebrations are commemorated on a moving date. In this list, it is listed for 2017, and only holidays in Saudi Arabia, such as Laylat al-Qadr, Eid al-Fitr, and the Prophet’s Birthday, are celebrated on the same day year after year.

About other holidays in Saudi Arabia

As indicated above, most of the events in this country are religious in nature. The only more or less secular festival in Saudi Arabia is the Jinadriya. In fact, it is a festival of culture and folklore, which begins in February and lasts for two weeks. During this time, the best works of craftsmen in cold weapons, jewelry, crockery and carpets are celebrated. The main event is the Royal Camel Race. Except for representatives of diplomatic missions, foreigners are not allowed to the celebrations. 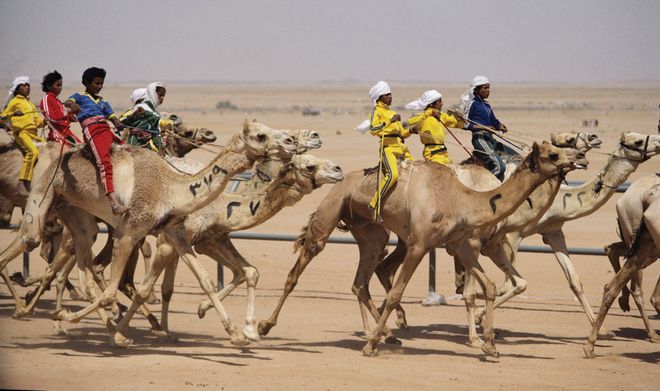 Among the least popular holidays in Saudi Arabia is Valentine’s Day. On this day in the country it is forbidden to wear red clothes, buy or sell flowers and red accessories. This holiday is believed to cultivate extramarital relationships and debauchery among young people.