Schönbrunn Palace: Useful information about the castle in Vienna

Schönbrunn Palace, the summer castle of the Habsburg royal dynasty in Vienna, is today one of the most important cultural monuments in Austria. In 1996 this palace complex in the Baroque architectural style was added to the UNESCO heritage list. It is noteworthy that Schoenbrunn consists not only of the palace itself, but also a large park with a botanical garden, fountains and labyrinths. Here is the oldest zoo in Europe. 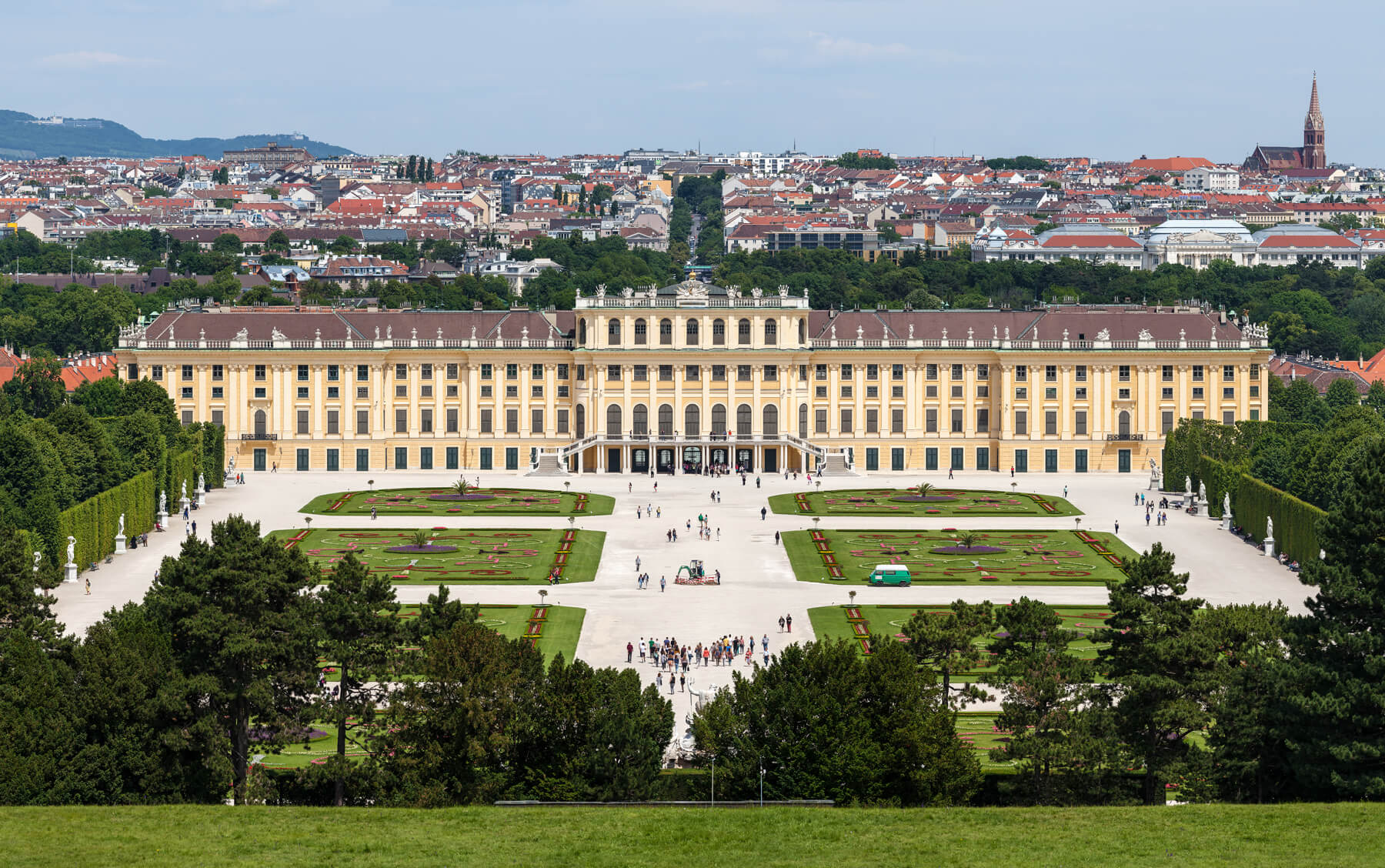 A total of 1,141 rooms in Schönbrunn Palace in Vienna, including halls and classrooms, galleries and apartments. Today about 200 of them are rented by private individuals, and tourists can look at 40 interior rooms as part of the tour. The park, spread over an area of more than 1 km², has separate attractions in the form of historical structures, museums, greenhouses and sculptures. It is not possible to walk around the palace complex in a couple of hours, so it is worth spending at least a whole day touring it. 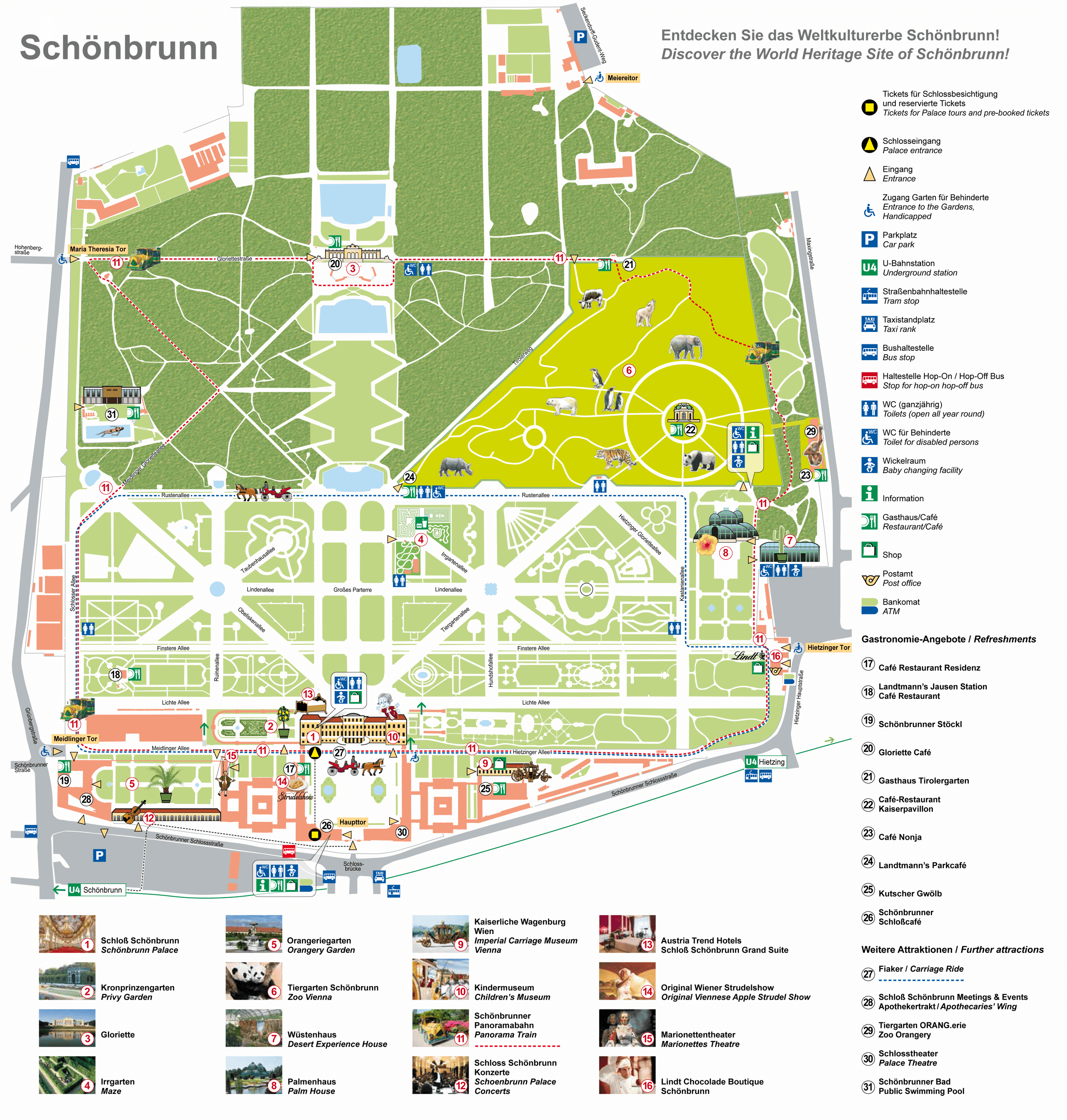 Until the end of the 16th century the land where over a hundred years later Schönbrunn Castle rose belonged to the Burgomaster of Vienna who later decided to sell the property to Emperor Maximilian II of Austria. The Emperor wanted to use the area for hunting and bird farming and ordered a nature reserve to be built there. In the early 17th century, springs were found on the land, and the palace was named after them (Schöne Brunnen – “beautiful springs”). 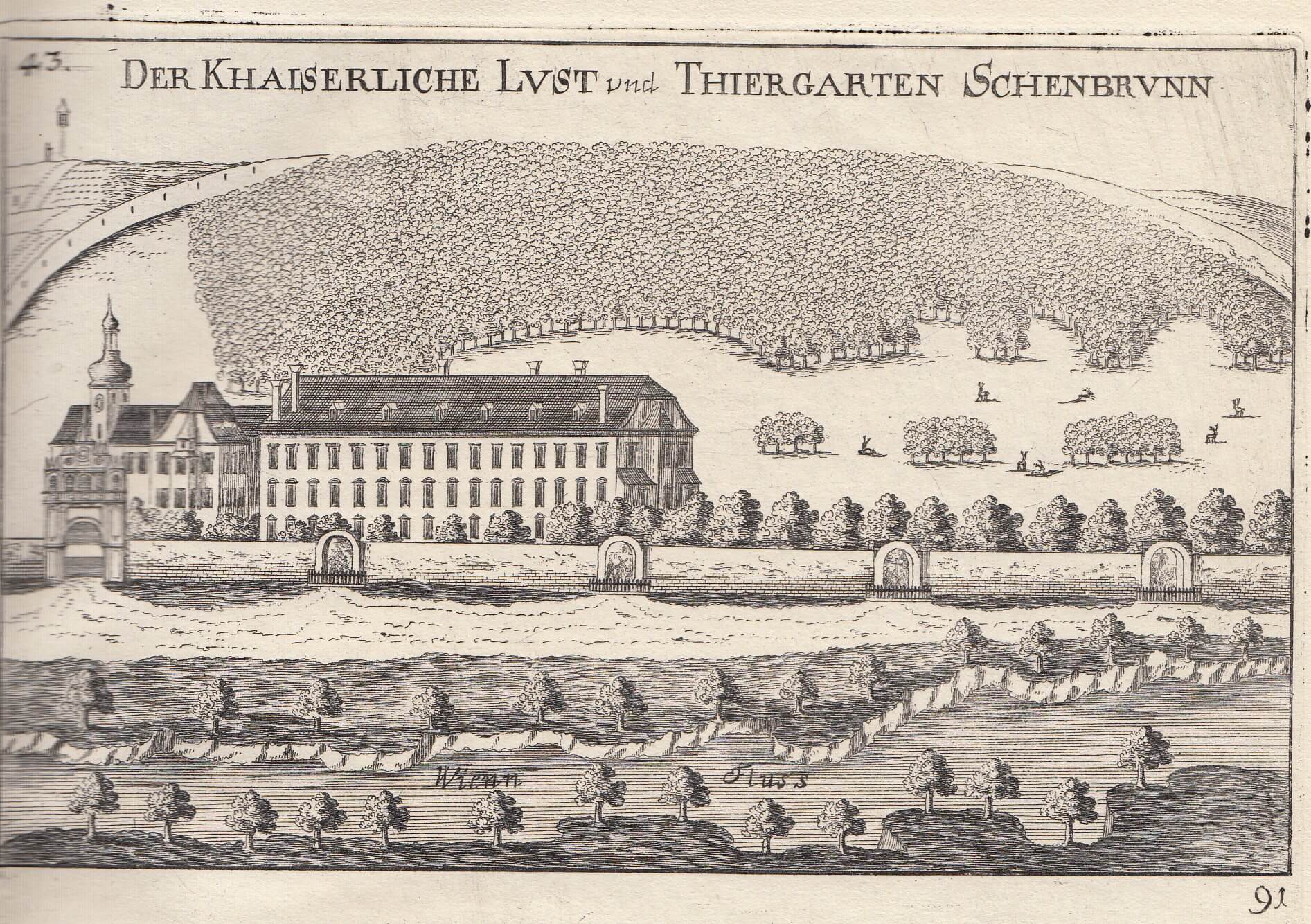 The first residence on the grounds dates from 1643: The building served as a refuge for the widowed wife of Ferdinand II for a while, before being inherited by their daughter. However, during the Battle of Vienna (1683) the estate was virtually destroyed by Ottoman troops. In the late 17th century, the reigning emperor Leopold I, who had long dreamed of building a castle to match the Palace of Versailles in France, began construction work on the site of the ruined residence. But the building works were not completed until 1705 when the emperor died and Schönbrunn was taken over by his son Joseph I. But not for long.

In 1728 Emperor Charles VI became the owner of Schönbrunn in Vienna, but he used the estate only occasionally for hunting. Eventually the emperor decided to present the palace to his heiress Maria Theresia, whose arrival marked the beginning of Schoenbrunn’s golden age. It was under her watch that the palace underwent extensive reconstruction: the facades and interiors were renovated, and botanical gardens and a zoo were added to the surrounding park. The Schönbrunn we see today is the sole achievement of Maria Theresia. 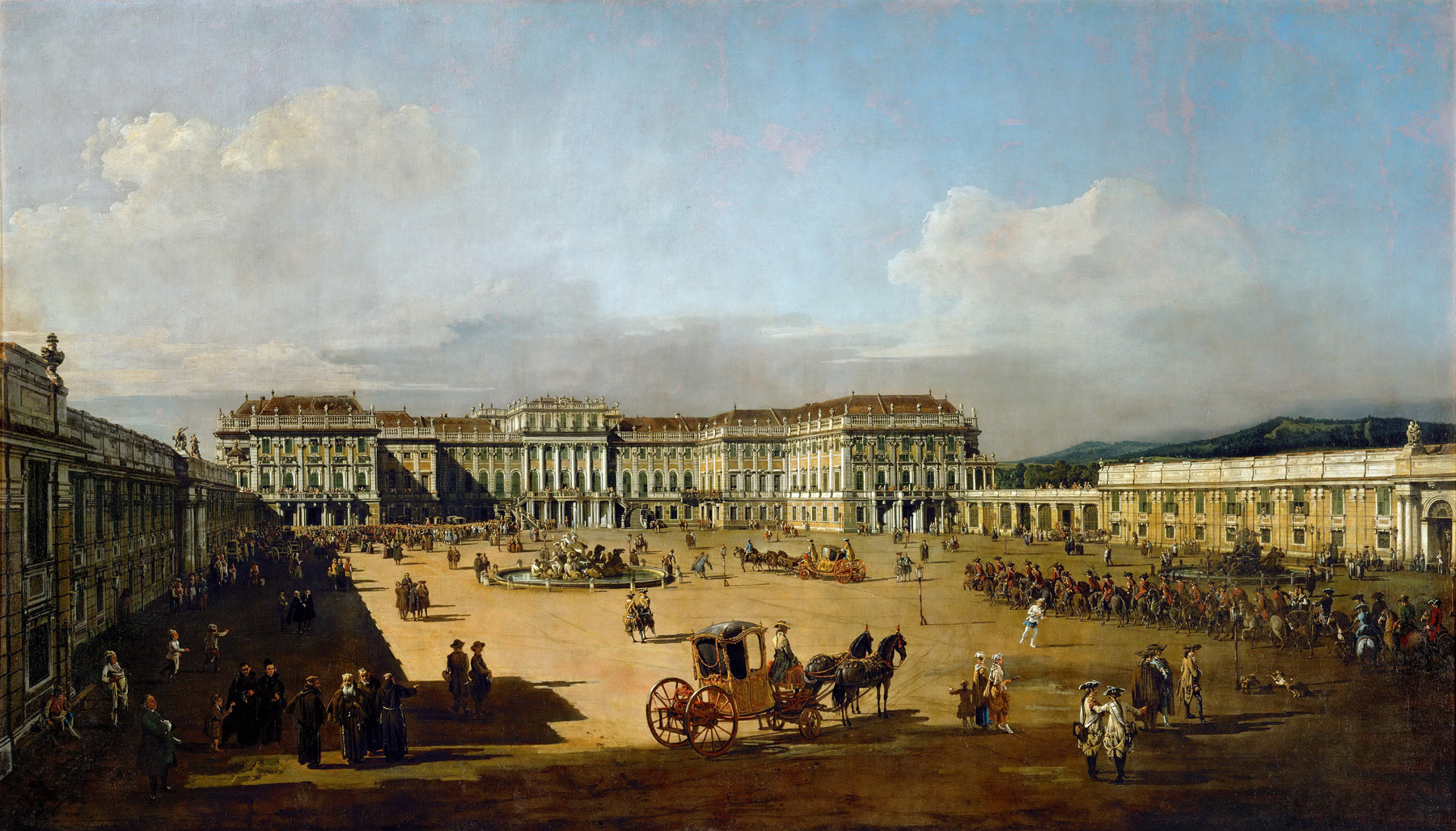 With the collapse of the monarchy (1918), Schönbrunn Palace in Vienna became the property of the Austrian state. The building suffers considerable damage during the bombing of 1945 and subsequently undergoes restoration. At the end of the 20th century, several rooms of the castle are converted into museums and galleries, which multiplies the tourist interest in the site. Today, Schönbrunn is one of the most popular attractions in Vienna, the area is visited by up to 8 million people annually.

Halls and rooms of the palace

Today, visitors to Schönbrunn Castle in Vienna have an excellent opportunity to experience the life and times of the imperial Habsburg dynasty. Tourists have access to 40 rooms, among which the most noteworthy are:

READ
The Rhine Falls are the largest plain waterfall in Europe

Parks and gardens within the castle

Photos of Schönbrunn Castle in Vienna often show a huge verdant park with alleys and gardens, monuments and fountains. It was opened to the public in 1779 and has been a popular attraction for Austrians and foreign travelers alike ever since. The length of the park from west to east is 1.2 km, and from south to north – more than 1 km. On its territory you can find many interesting sights: 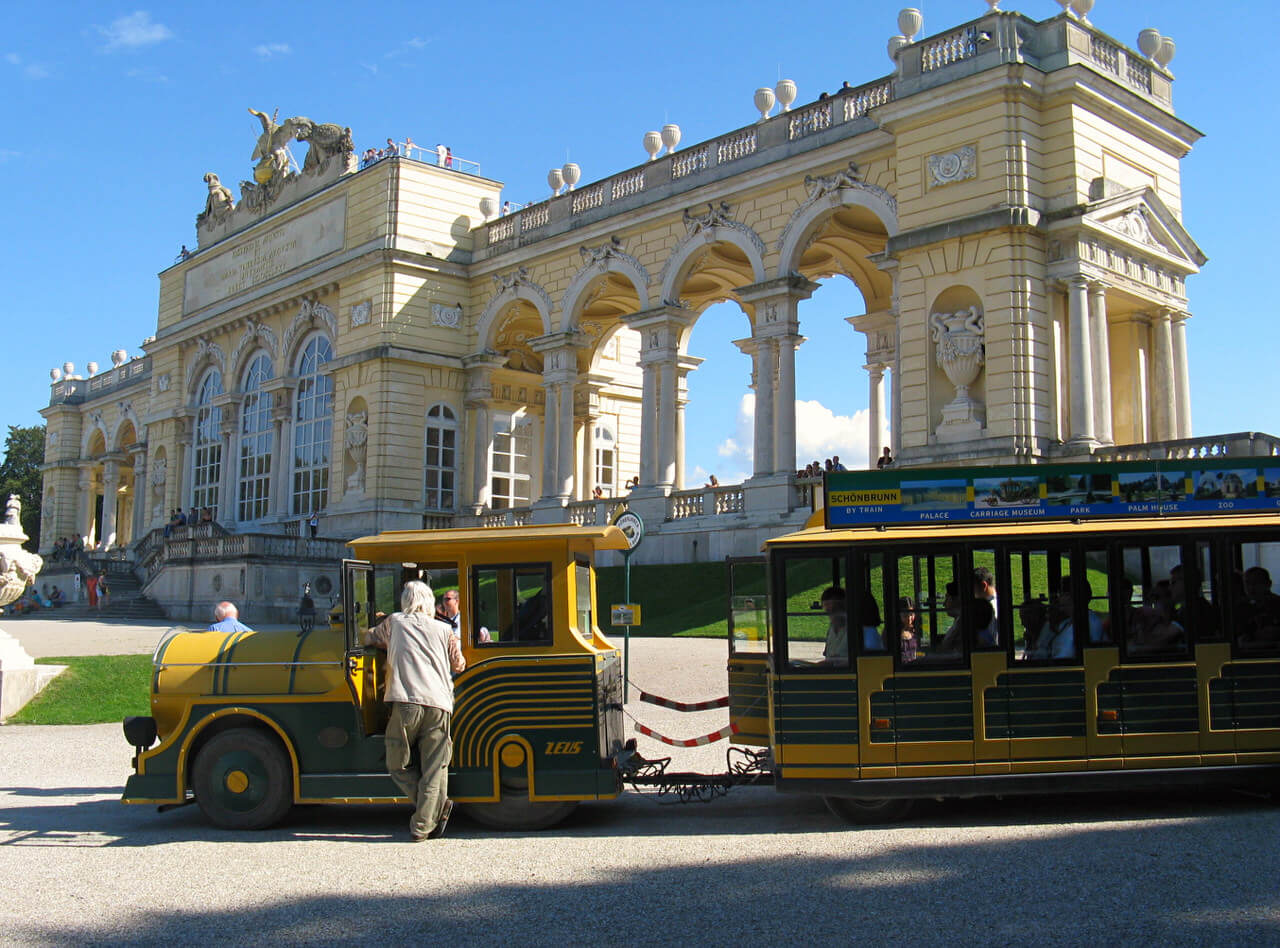 To visit some attractions in the park you must pay separately. If you are planning not only to visit palace Schoenbrunn, but also to take part in additional events, it is better to buy a Classic Pass card (price for adults – 24 €, for children – 15,20 €) that allows to save up to 30% on admission tickets.

Updated: 25 Sep, 2019 Varca Beach is located in the southern part of the state of Goa…

Updated: 8 Feb, 2019 The Belvedere Vienna, which is a huge palace and park complex, is one of the… 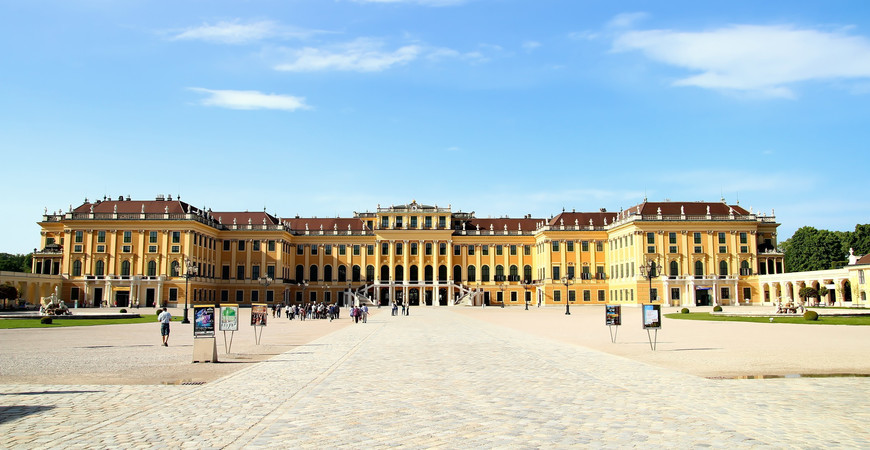 Schönbrunn Palace is the Viennese residence of the Austrian emperors and one of the most important architectural buildings of the Austrian Baroque. The palace ensemble includes a huge park, the palace itself, the oldest zoo in Europe, the botanical garden, the labyrinth, the fountains and other gardens. Visitors especially enjoy the Palm House and the Gloriette Pavilion. The palace and its gardens are a UNESCO World Heritage Site.

The first references to the building that occupied the site of the current palace date back to the 14th century. It was an estate called Katterburg, it was owned by the monastery of Klosterneuburg and had a dwelling house, stables, watermill and garden. In 1569 the Habsburgs became the owners of the place. According to a legend, Emperor Matthias, while hunting in 1612, encountered “beautiful springs” (Schöne Brunnen), which gave the palace its today’s name. At the order of the emperor, a well was installed there and a hunting lodge was rebuilt.

Emperor Ferdinand II. and his wife Eleonora Gonzaga, who were great fans of hunting, chose Schönbrunn as the location for the court’s hunting expeditions. When Ferdinand died in 1637, his widow settled in the castle, giving it the name Schönbrunn.

In 1683 the building was partially destroyed during the siege of the city by the Turks. Emperor Leopold I decided to rebuild the palace, and in 1696 Fischer von Erlach undertook the construction of the palace complex, taking as a model Versailles palace. The main part of the work had been completed by 1713, but the construction was never completed. After 15 years, Charles VI bought the castle and gave it to his daughter Maria Theresa, who later became empress. Her reign was pivotal in the history of the palace, and thanks to her assistance the place became the center of political and palace life. The years 1742-1743 gave a start to the building works, during which the structure was once again reconstructed, after which the manor acquired its present appearance. The Empress wished to have a theater built in the northern wing of the castle; it was inaugurated in 1747, and five years later her husband, Emperor Franz I., had a zoo built near the castle, which is today considered the oldest in the world. To the west of the park, the emperor purchased a plot of land, and many greenhouses, greenhouses, and orangeries were placed there, regularly replenished with exotic plants.

After Maria Theresia passed away, the estate was used exclusively as the summer residence of the emperors. In the 19th century the place was twice occupied by Napoleon, and in 1830, Franz Joseph was born there, in the eastern wing of the palace. Two years before his birth, the orangery part of the park was enlarged by the Palm House, an unusual structure of brick with glazing. At the end of the nineteenth century it was replaced by three pavilions, for which glass and metal were used: all the major temperature zones were taken into account.

After Franz Joseph ascended the throne in 1848 a new epoch began in the history of the palace. The emperor made the place his main residence and spent the main part of his life in the castle.

After the fall of the monarchy, the castle and the park became accessible to the public in 1918. In 1945, the palace was partially damaged by bombing, after the war the castle began to act as a headquarters for the British command. Since 1992 the grounds (excluding the palace gardens) have been managed by Schloß Schönbrunn Kultur- und BetriebsGmbH.