Anomalous area Shushmore on the map of Moscow region

Among the vast expanses of vast Russia lost a lot of unusual places, with a reputation as an anomalous zone. One such mysterious place – the mythical tract Shushmore, which is located, according to legend, in the deep woods, somewhere on the border of the Vladimir and Moscow regions. Most of the amazing stories connected with Shushmor have no documentary or material evidence, nevertheless during the years of investigations enough information has been collected that allows to say that this place can by no means be called ordinary.

The first reliable information about the mysterious incidents in these parts refers to the 80-ies of the XIX century when at some parts of the Kolomna Way passing through the Shushmore people began to disappear. Mysterious disappearances continued until the 1920s. Despite all efforts, none of the disappeared could be found.

According to the researcher, there is an ancient megalithic complex among the lakes and bogs of Shushmore. Unfortunately, the exact location of the unique sight was not specified. So far, none of the numerous expeditions has managed to find it.

The existence in Shushmore of a granite hemisphere about 5-6 meters in diameter, surrounded by stone columns with incomprehensible signs, is also mentioned in ancient legends. This mythical construction is considered an ancient pagan temple. Local historians claim that about four thousand years ago the area was inhabited by tribes of “lake men”, who practiced magic and were able to control natural elements.

One of the first explorers of this mysterious tract was a famous traveler and geographer P. Semenov-Tyan-Shansky.

The items found during the archaeological excavations, decorated with the images of snakes, indicate that the ancient inhabitants of Shushmore worshipped the snake God Uru.

If the disappearances can be explained by realistic reasons, such as falling into a swamp, then the strangeness of some phenomena cannot be denied even by hardened skeptics.

One such unexplained fact is the existence of patches of forest with giant plants. The height of common ferns in these places exceeds the height of a man, there are pines with the thickness of the trunk of two girdles.

Another surprising plant anomaly is a birch grove, where tree trunks have a square shape.

The results of the research of a group of Moscow scientists, who studied Shushmore in 1980s, are also unquestionable. Specialists discovered the presence of areas with serious geomagnetic anomalies in this area.

It was suggested that Shushmore is a powerful geo-energetic zone, in its influence on people, similar to the well-known Bermuda Triangle.

It should be noted that the unusual and not at all positive energy of the place, apparently, has long been known to the inhabitants of the region. For centuries, people shunned settlements near the mysterious tract.

The almost complete absence of any settlements in the area of Shushmore catches the eye at once.

Despite all the difficulties, unreliability and inconsistency of information about Shushmor, for many years the interest of serious researchers and idle tourists to this mysterious place has not subsided. Maybe the time will come when Shushmore will reveal all its secrets.

The mystery of the tract Shushmore 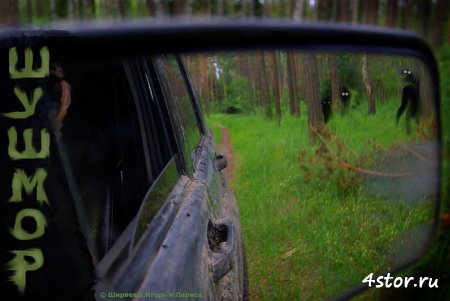 Its exact location is unknown, only the area is defined. According to many authoritative evidence, this is the oldest anomalous zone near Moscow. For the first time it was fixed by Pyotr Semenov-Tyan-Shansky himself.

Mysterious events began to occur here (at least officially recorded) more than a century ago – in 1885. At that time repair works on Kolomensky Trakt were being carried out nearby. And suddenly all of a sudden people started disappearing without a trace.

Peasant Perfiliev contracted to build an earth dam on the Kovikha river. A member of zemstvo Kuryshkin came to take it in and disappeared. Together with him carter Gerasim Kudrin disappeared. The horse and the cart also disappeared without a trace. The investigation was inconclusive and the case was closed.

Two years later a whole wagon train disappeared without a trace on the Kolomensky Trakt. And once again the police searched the woods along the route in vain.

Five years later a letter carrier disappeared here. Mysterious disappearances continued in the future. In 1896 a surveyor with his cart and driver vanished into thin air. A year later two peasants disappeared on the road. All in all, until 1921, there were 19 disappearances in the anomalous zone.

The police considered many versions: from criminal to anomalous. Attention was paid to the latter because all those who had disappeared without a trace had no money with them and therefore were not of “professional” interest to robbers and criminals.

Since the mid-1920s, traffic on the route ceased as new, more convenient roads emerged.

Once again remembered Shushmor in 1957, when a group of tourists did not return to Moscow and went to check the mysterious tract.

In the 1970s, an expedition led by the scientific secretary of the Moscow Regional Scientific-Technical Council of the All-Russian Society of Nature Conservation, N. Akimov, set out to find the tract lost in the middle of nowhere. (699×447, 246Kb) (699×468, 78Kb) However, the old-timers from the villages located on the border of this wilderness island could not give any coordinates of Shushmore. Only local resident N. Orlov said that there are no well-trodden roads or trails there nowadays. Orlov had been to those places in his youth. He remembered that there, in the deep woods preserved formed of chopped wild stone overgrown with a thick layer of moss correct shape hemisphere height of about 3 meters and a diameter of 6 meters. Around it the remains of some poles, also overgrown with moss, were seen from the ground. At the same time, wild stone and boulders are not found in the surrounding forests.

“Eventually the expedition reached the Shushmore tract. But there was not enough strength to search for the mysterious hemisphere. However, the researchers encountered several other surprises of nature. For example, the tract clearly showed gigantism of plants. The common fern reached the height of a human being. There were also aspen groves, where the diameter of the trunks of high-age aspen trees was up to two girths!”

Later, during another expedition, the scientist I. Chernysh discovered here a grove of birches with square trunks.

Some experts see the pounded stone hemisphere as similar to Stonehenge, the oldest astronomical observatory in the Salisbury River valley, England. Others consider the hemisphere one of the elements of the stellar calendar.

“In 2001, Moscow journalists became interested in the Shushmore mystery. They did not look for the tract itself, but gathered a lot of interesting information from the residents of Shatura area. It turned out that local investigators have piled up a lot of investigation cases related to forestry. For example, in the fall of 2000 there was a mysterious disappearance of 63-year-old Evdokia Bazuleva. Police searched the entire area, grandmother’s relatives even hired an airplane, which flew over the woods all day, but the old woman seemed to vanish into thin air. A few days later, however, her body appeared quite close to the edge of the forest. There were no signs of violent death. How she ended up there, where she was all this time, is a mystery.”

“Anatoly Lyubov, 36, went into the woods and did not return. He often went for walks in the woods,” claims his mother, Nina Pavlovna. – He knew every path, every bush! He couldn’t just get lost! “

“Anna Efremova last saw her husband in September 1996. According to her, her husband was also a frequent visitor to the forest. I myself have never gone there, – admits Anna Petrovna. – Sergey loved it, but I was always afraid. When I see these trees, I feel such fear that I want to run without a backward glance. 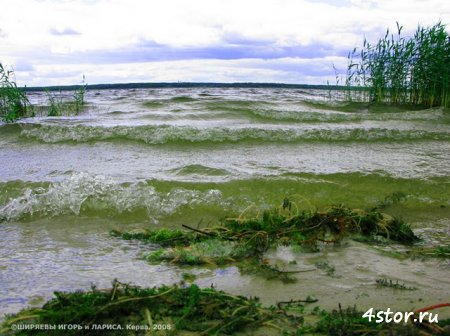 In 2002, an expedition of Vladimir researchers has gone to the anomalous zone.

Half a day, guided by a map and asking locals, they persistently moved by car in the direction of the alleged location of the tract. As a result, they found themselves in such a wilderness, where not only a car, but a traveler could not continue. As they halted, they witnessed an unusual phenomenon.

– One of the explorers says: “As if from the ground, a huge stone has risen in front of us. At first we were dumbfounded, and then we started clicking our cameras. Our legs suddenly began to shake, and black spots flashed in our eyes.

In addition to the mysterious tract in Shatura neighborhoods there are many other attractions. For example, the legendary Kop-baba, an ancient idol, lying in the swampy depths near the village of Kobelenovo. The stress in the name of the village is on the penultimate syllable, making the sound of the village is not very decent, which, however, does not bother anyone living here.

“The face of the idol, roughly carved in stone, is blackened from under a thicket of nettles. The figure of the pagan statue itself has almost squeezed through the swampy ground and gone into the ground. Only few people know this island overgrown with cranberry and moss, and only a few dare to unvisit the idol”, was how a researcher from Shatura, Moscow region, described his meeting with the Spear-God.

Four kilometers northwest of the village Baksheevo at the confluence of the Field and Voimega rivers in a pine forest is no less amazing lake Smerdyachie. It has an absolutely round shape. Specialists believe that the reservoir was formed on the site of a huge meteorite fall.

The diameter of the water mirror in the lake is 200 meters and its depth is 20, though according to the stories of old fishermen the depth was not less than 40 meters before.

Perhaps the water level dropped after the artesian wells were drilled in the town of Roshal. After that, by the way, the smell of hydrogen sulfide, which used to emanate from the lake water, disappeared. The name of the lake – Smerdyachye – was evidently connected with this smell.

An amazing thing: the compass here constantly glitches – the arrow shows with a deviation of 15-20 degrees to the east as well as to the west!

Fourteen kilometers from the village of Bibiki in Shatura district there is an abandoned village.

– Now it is nothing but swamps, a deadly place. Nobody visits it except hunters,” says Vladimir Bolshakov, a former local forester. – Thunderstorms occur there much more often than in the whole district. And on a rainy night, there is a continuous thunderstorm boom.