It is always confusing with airports in Italy – which airports in Sicily are international and which are local, how to get there and where to go.

Sicily is an Italian island with a unique history and an atmosphere unlike anything else. The spirit of the times when the famous Sicilian mafiosi made history in the narrow streets is forever in the air. Even the largest airport on the island of Sicily is named after the anti-mafia fighters – Falcone Borsellino. But the island is famous not only for the history of the underworld – there are many ancient Roman structures and temples. Completing the image of the largest island in the Mediterranean Sea azure coast and unpredictable volcano Etna, which regularly spews lava and is the highest active volcano in Europe.

Despite its remoteness, getting to Sicily is not difficult: the island has two major air terminals and a number of smaller airports.

The airport is located 35 kilometers from the city of Palermo, in the north of the island and has been operating since the 60s.

Palermo was founded almost three thousand years ago and has a rich history. During different times it was ruled by the Greeks, Arabs, Normans, Sarucens and French. During the Second World War it was greatly destroyed, but even today it has not lost its charm of the former capital of Sicily.

You can reach Palermo from Falcone Borsellino Airport in different ways: – by car; – by bus; – by train; – by cab.

The most economical way is by train – the ticket will cost 4.5 euros. The bus ticket will cost about 5 euros, cab for a trip will ask 30-40 euros. To rent a car is the most expensive, from 80 euros, but the magnificent views of the island along the highway A-29 justify the cost.

Flights to Falcone Borsellino Airport are mainly operated by Italian airlines. You can find the schedule on the airport’s website.

“Fontanarossa” is also the oldest airport on the island: it was built in 1924. Each year the airport serves more than 5 million people. It is located near Catania, a city at the foot of the famous volcano Etna, which has suffered many eruptions, but has preserved its historical and cultural image. Because of the volcanic ash once had to close the airport itself.

To get to Fantarossa you can use both the world’s largest airline carriers like British Airways or Lufthansa, as well as using the services of local low-cost airlines.

There is a bus service between Catania and the airport – for a distance of 5 km you will pay about 1 euro. There are also other ways – the highway A-19, highway A-45.

“Fantarossa” and “Falcone Borsellino” are the largest, but not the only air hubs. In Sicily and its adjacent islands, local airports serving small Italian airlines: – In Trepani (“Vincenzo Florio”); – In Pantelleria; – In Lampedusa.

The local scenery, history and attractions attract tourists from all over the world, just choose any airport on the island of Sicily, buy a ticket and go on an unforgettable trip. 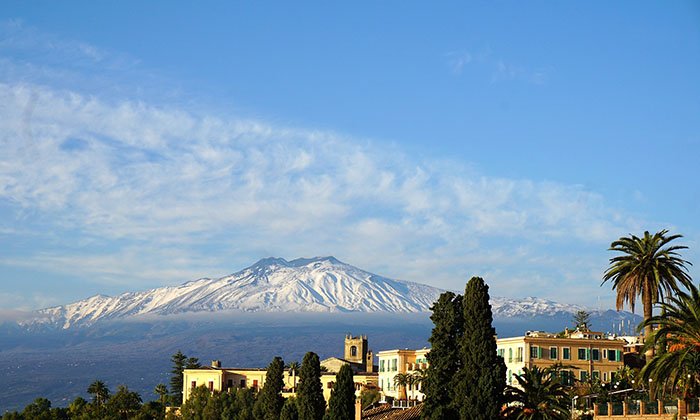 The region of Italy, called Sicily, many people associate only with the mafia. But visitors from abroad are not waiting here for the gunfights and chases, but rather a comfortable holiday, ancient historical monuments, sandy and pebbly coast of the Mediterranean Sea and active volcano Etna. The area combines several islands – Sicily itself, Lipari, Pelagos, Ustica, Egadi – and welcomes many tourists in 5 airports, the list of which includes facilities serving both domestic and foreign flights. On your way you may meet the air harbors Falcone Borsellino, Fontanarossa, Vincenzo Florio, Lampedusa and Pantelleria.

If you are flying from Russia directly, you will find yourself in one of the two main harbors

They are designed mainly for European tourists who travel with budget carriers like EasyJet, Air Berlin, Ryanair. Both are equipped with everything travelers need. The complexes have restaurants and cafes, stores including duty-free shops, bank branches, post offices and other amenities.

1. Falcone Borsellino , Palermo or Punta Raisi, marked by the IATA code PMO, is considered the main airport of the area in Italy. The first name is in honor of the heroes of the country, the fighters against the mafia, and the other two are named after the location. The complex stands near Palermo, the capital of the autonomous region, in Punta Raisi.

There are 3 runways at the PMO airport: two main runways with bituminous surface and a reserve runway, in case of force majeure. Terminal of the airport terminal is divided into 4 levels. In the basement operates train station and ticket offices. Get to the floor with elevators and escalators.

The first entrance is from the street, through the entrances. This level serves passengers who are just arriving on the islands. There are baggage claim belts, counters to deal with owners of lost suitcases, press kiosks, cafeterias, tourist information and internal services.

Falcone Borsellino serves about 5.5 million passengers a year. It receives and sends ships to Malta, London Heathrow and Gatwick, Geneva, Frankfurt and Munich, French Bove, Bucharest, Budapest and a dozen other destinations. In season, it works with charters from Aegean Airlines, Alitalia, Condor, Eurowings and other airlines flying all over Europe.

The second and third floors work with departures. There are lounges, restaurants, souvenir stores, check points and car rentals. There are also check-in counters on the levels.

2. Fontanarossa or Catania with code CTA also bears the name of the composer Vincenzo Bellini. It serves mainly the second largest city of the main island and the surrounding areas. The runway in the port is one, with an asphalt surface. But the terminal has two levels, designed for the reception and departure of passengers.

The arrivals area is located on the first level. It is divided into sectors that separately serve flights from Schengen and other countries. There are belts and counters for working with luggage, a point for greeters, information desk, first aid, tourist center.

The second level is the departures area. There are check-in counters, security screening services, customs control, waiting rooms, a playground, stores, and cafeterias. There is also the Casa Alitalia Catania business center.

Fontanarossa has a slightly larger passenger turnover of 60,000,000 people. In addition to domestic destinations, there are routes connecting Sicily with Dublin, London, Geneva, Munich, Paris and Amsterdam. You can get here from Ekaterinburg with URAL AIR and from Moscow with S7. 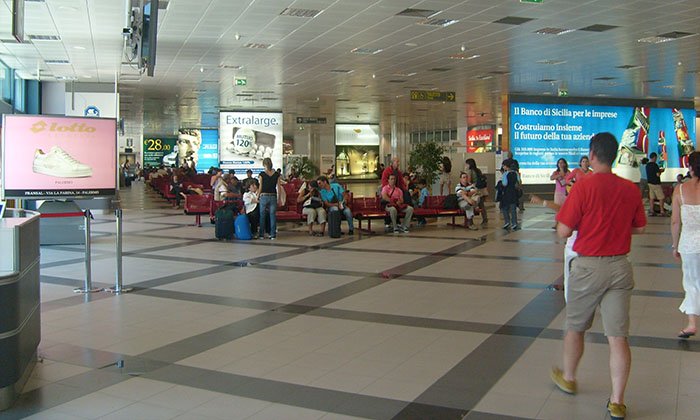 1. The harbor named after Vincenzo Florio is more often called Trapani. The structure stands 15 kilometers south of the center of this Sicilian province. For a long time it was out of service, but in 2003 it was put back in operation and is gradually increasing its passenger traffic.

In just a year the facility lets in 1.5 million customers. The complex looks more modest than the first two, as it serves mostly domestic flights of civil and military aviation. Aircraft from here go to Milan, Rome, Turin, Orio al Serio and Pantelleria. In season, there are flights to the Netherlands, Germany and the Czech Republic.

2. Lampedusa stands a few hundred meters from the administrative center of the island of the same name in the province of Agrigento. It is a domestic airport with a predominantly tourist destination – in full operation only during the peak season. It receives travelers from various parts of Italy. There are flights to Rome, Milan, Catania, Palermo, Venice, Verona and other parts of the country.

READ
Grasse: perfume center and town on the map of France

3. Pantelleria has the same purpose as the previous one. Tourists who plan to spend their vacations on the group of islands with the same name fly here. Of the regular flights there are only those connecting the point with Palermo and Trapani. The remaining routes are served by charter flights – there are from Milan, Rome, Venice, Verona and Turin.

For Russian tourists are of interest in most cases only to the first 2. To get to the rest chances arise only when you get to the region from other parts of Italy, or fly from point to point within the region. 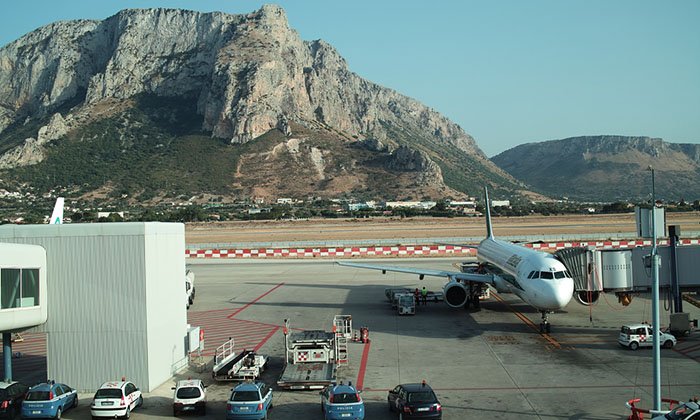 Where are the locations and how to get there

Do not get into private cabbies’ cars. It is forbidden to work as a cab driver without a license in the state – passengers and drivers are in trouble

Punta Raisi, which has a PMO, is northwest of the Sicilian capital. The points are separated by about 35 kilometers. The distance can be covered by cab, bus or train.

The first is convenient for those who go in company or do not like to wait. You can order a cab in advance by a certain time, and not to waste minutes of your vacation in vain. It costs 30-50 euros to Palermo. For four people it’s almost the price of public transport. Just make sure that the car was tied to one of the taxi companies – private transportation in Italy is prohibited.

Buses to the same destination from the air harbor leave every half hour. They cost about 7, and stop at the city train station. Transport to Trapani runs four times a day – from 9:30 to 19:30. Buses can be found by the signs Segesta. The fare is 10€.

But the most preferable option is to take the Trinacria Express. If you’re willing to wait an hour between trains, you’ll pay 5.8 euros for the ride. The train leaves at 5 a.m. and the last one at 9 p.m. The train will take you to Palermo in one hour. The journey to Ribera will take about two.

The CTA is 5 kilometers from Catania on the east coast of the island. To get to the airport, you have to go south. Cabs and buses are available here. The first cost about the same as in PMO, but the second – the carrier Alibus – is cheaper. For the bus ride you pay 4 euros.

You can buy a ticket at the exit of the terminal, at the ticket office next to the bus stop. Buses number 457 leave the route at 5 am and finish at 00:00. They run between Catania and CTA every 20 minutes. 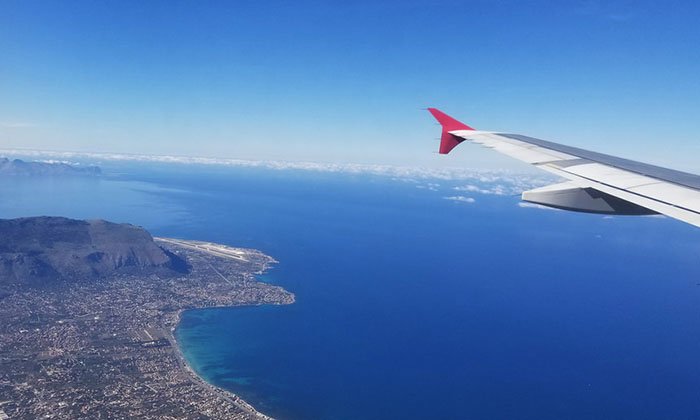 Airports in Sicily are few, but they meet the needs of passengers in full. You can get to the main island from Moscow directly, and to the neighboring islands – fly on domestic lines or take a ferry. As an alternative, you can move to the right place with a change in Europe or in Italy. It will take longer, but the low-cost ticket will be cheaper.