Love stories in the Portuguese monastery of Alcobaça

Alcobaça (Portugal) is a town in the province of Estremadura (according to the old administrative division), founded in 1210.

The name comes from the words “Alcoa” and “Basa”, which are the names of rivers. It became world famous thanks to the monastery located on its territory. A world-class historical site, the monastery of Alcobaça belonged to the Cistercian monastic order, a branch of the Benedictine order.

A must-see in the city

Among the sights the main one is the Abbey of Santa Maria de Alcobaça.

1153. Afonso Henriques, the first king of Portugal, ordered the Mosteiro Santa Maria de Alcobaca to perpetuate his victory over the Moors and served for two centuries as the tomb of the royal family.

In front of the church there is a triangular shaped town square. The main entrance is reached by a stone staircase with four-metre high Gothic obelisks. A preserved openwork rose adorns the front wall. The statue of Our Lady is in the center, with a sculpture of St. Benedict on the right and St. Bernard on the left.

The central aisle (nave) has no superfluous decorative elements, complex ornaments. It amazes with its 17-meter height and length of 106 meters. Walking through the nave, visitors see the tombs of King Pedro I and his lover Ines (Inish) de Castro. The romantic story of their love, which ended tragically, is reflected in the best sculptural examples of Portuguese Gothic art.

Pedro’s tomb is supported by six lions and adorned with bas-relief paintings depicting events from the life of Saint Bartholomew. Another part of the bas-reliefs is dedicated to the history of Inís and Pedro. At the king’s feet sits a dog, the personification of fidelity.

The tomb of the murdered woman shows images of episodes in the life of Jesus Christ, the Holy Crucifixion, and the Passion of Christ. The tomb is held by mystical beings – half lions, half monks. Both sarcophagi are crowned with the phrase: “Till the end of the world”.

An interesting fact. The royal son and the daughter of a Castilian nobleman entered into a secret marriage and had children against the will of his father Afonso IV. On Afonso’s tacit instructions, the beloved Inish was murdered. Pedro, becoming king after his father’s death, punished the murderers and ordered the body of his beloved to be removed from the tomb. He crowned her, forcing the court to swear an oath to the dead queen. It was his will that both tombs, his and Inish’s, should be set up so that when the terrible judgment came, they could look each other in the eye.

The Hall of the Royal Pantheon contains 13 royal tombs.

The entire abbey of Alcobas, built according to the principles of the Gothic style, covers an area of 40 thousand square meters and consists of five monasteries, bedrooms, a library, a huge kitchen, and the living room of the kings. The royal hall provides visitors with sculptures of all the monarchs of Portugal.

The kitchen is equipped with a water duct, the mechanism of which still circulates water. The chimney under which the fire was made and the stone table for cutting the food are preserved.

13th century. King Dinish the First commissioned the construction of the Cloisters of Silence. The Cloister of Silence was originally only a lower gallery tier. The upper gallery was built a few centuries later (early 16th century). This is when the fountain decorating the northern part of the courtyard was built.

The Alcobas Library is recognized as one of the largest library collections of medieval Portugal.

1810. The French invasion had negative consequences: plundering, theft, and the destruction of many book relics. Today the National Library of Lisbon keeps those copies of books that have been saved.

Alcobaça, a truly Portuguese town, has its own castelo (built probably in the 7th or 8th century). A small fortress on a mountain during Arab rule, the remains of which can be found by following the brown signs, is considered a local landmark. From the castelo there is a panoramic view of the monastery grounds.

An interesting fact. According to legend, the owner of Castelo de Alcobaca (8th century) was the rich and powerful Ben Al Mansour. He had a magical voice capable of mesmerizing people. One day, as he was singing, a beautiful woman passed by. Fascinated by his singing, she opened the doors of the palace and once inside, she stayed there forever.

The fortress was used in various ways in subsequent centuries. First monks lived there, then it served as a prison. The 19th century, when the last monk left the monastery, was the last for the fortress. Residents began to dismantle the castelo, using the stones to build houses.

After traveling 1.2 kilometers from the city, tourists find a structure that was formerly a wine factory. Here is located the Museum of Wine (late 20th century). About ten thousand varieties of collectible wines collected from all regions of Portugal. The collection has samples of wines aged 50 years.

The famous, big for that time producer, José Eduardo Raposo de Magalhaes, sought to develop the wine-making traditions of the region. To this end he built a winery (1875) to produce local products. Among the most famous brands are port and madera. Tourists can buy a bottle of genuine Portuguese table wine for the price of 2.50 – 3.50 EUR.

Among the attractions of this Portuguese city, it is worth noting not only architectural monuments.

How to get to the city

Guided by a map of Portugal, tourists most often associate a visit to Alcobaça with the city of Batalha, which is 64, 6 kilometers away. On your own by car, drive 1 hour. It takes 5 liters of gasoline which costs 60 EUR – 75 EUR.

There is no railway station. There is a bus station.

READ
Harbin in China and its attractions

The cost of a tour to the monastery

To visit the monastery the ticket costs:

There is a single ticket for visiting the monasteries of Alcobaça, Batalha and Tomar for 15 EUR.

For accommodation you can choose an appropriate price hotel. Most hotels include breakfast in the daily rate. 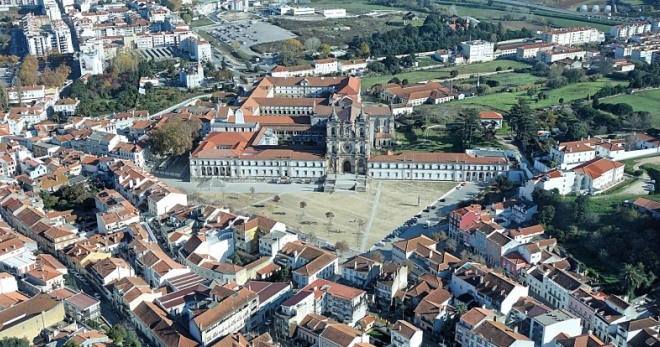 The small town of Alcobaça in the central-western region of Portugal is washed by the Alcoa and Basa rivers, after which the place gets its name. The rich heritage that goes back to the origins of Portugal, the unique architecture of the monastery, the beautiful views, the amazing pastries and one of the most beautiful love stories in the world is what makes the town of Alcobaça such an attraction for tourists.

Through the pages of history

The history of the foundation of the city is inextricably linked to the legend, according to which King Afonso Henriques promised Saint Mary to erect a monastery in her honor if he succeeded in capturing an important strategic point, the Moorish castle of Santarén. The fortress was conquered and the king kept his promise.

In 1153, D. Afonso Henriques donated an area of 440 square kilometers to St. Bernardo, abbot of the cloister of Clairvaux in France. The purpose was to establish a Cistercian monastery in the area, which would contribute to the settlement and purification of the lands reclaimed from the Moors. In 1178, the monks began building the Abbey of Santa Maria de Alcobaça, which became one of the richest and most powerful Cistercian orders, directly affecting the cultural, social and economic development of this small Portuguese city.

READ
The sights of the city of Palma de Mallorca. 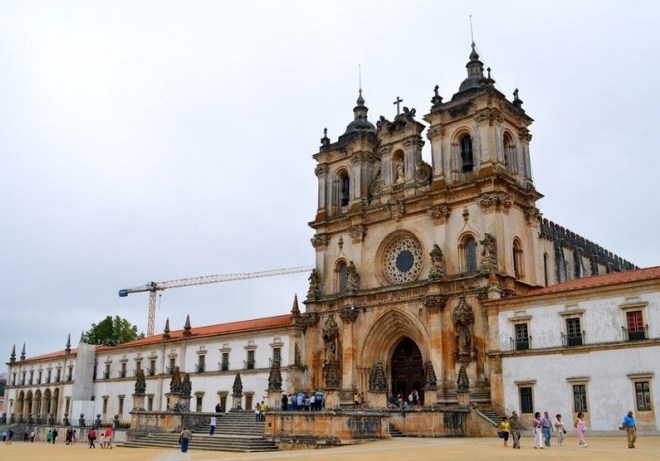 On the map of Portugal, Alcobaça is about 109 km from Lisbon. This municipality of 417.05 square kilometers, divided into 18 parishes, is home to 55,000 people. 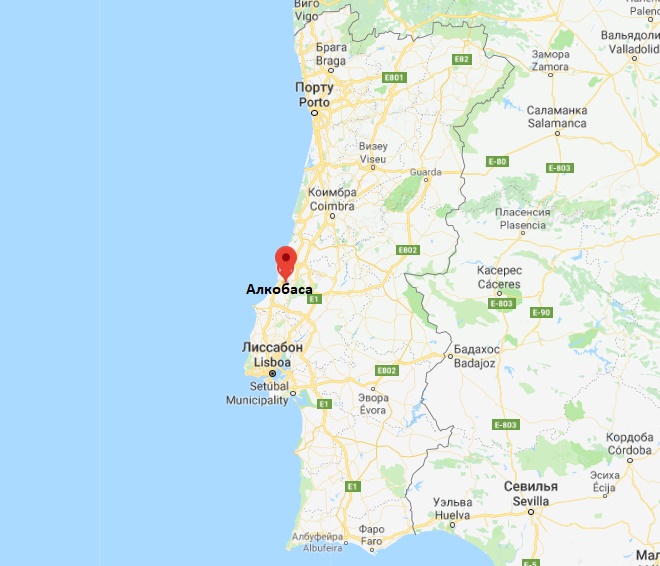 The climate of Alcobas

Surrounded by lush green hills, the climate is Mediterranean, strongly influenced by Atlantic winds. Nights are very cold during the winter and days are warm. In the summer the climate is very mild, but the nights are cool because of the fogs to which the region is exposed.

Many tourists come here to take pictures of its main attraction – the Alcobas Monastery, one of the Seven Wonders of Portugal and a UNESCO World Heritage Site. However, the city can also offer its visitors many other interesting sights, among them:

READ
Skopje in Macedonia: details about the city

If travelers want to stay overnight, Alcobaça will offer them several accommodation options:

Alcobaça’s Portuguese cuisine and pastries have been strongly influenced by the local Cistercian monasteries. Tourists coming to the city of Alcobaça can taste traditional dishes in the restaurants:

Souvenirs from the city of Alcobas

Tourists will find colorful pottery, patterned shawls, cork handbags and other typical souvenirs in every other store in the main square and the streets leading to it. An obligatory souvenir of Alcobas is a bottle of ginja. It is a cherry liqueur with an intense ruby color, made from the local variety of cherries according to the recipe of the Cistercian monks. 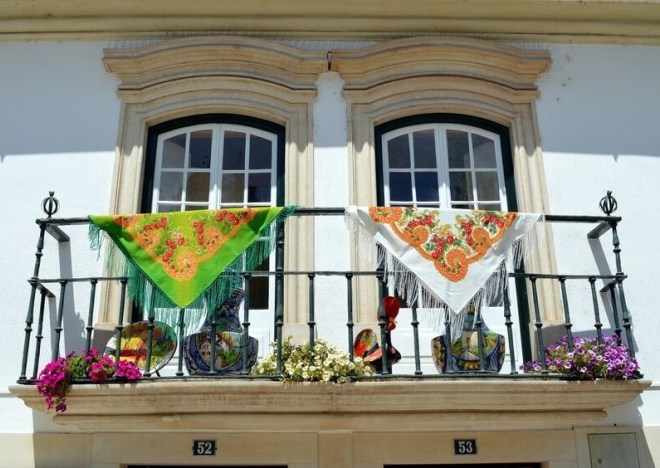 Events in the city

Alcobassa delights its guests and residents with festivals, exhibitions and fairs, among them:

How to get to the city?

You can get here by car from Lisbon along the A8 in the direction of Leiria. The journey takes about 2 hours. The national bus network Express has lines to Alcobaça from Lisbon, Coimbra and Porto, as well as other Portuguese cities.