Why is Lake Kliluk spotted and behind barbed wire?

Canada is famous for its wild and pristine nature, there are many lakes and that is why many call it lake country. Some of the lakes are in the mountains and in good sunny weather you can see the unique shades of turquoise. In the northern part of Canada, there are lakes that only a few dozen people have been lucky enough to see. Securely sheltered by the dense vegetation of the taiga, they attract with their blue smoothness and the incredible splendor of their surroundings. 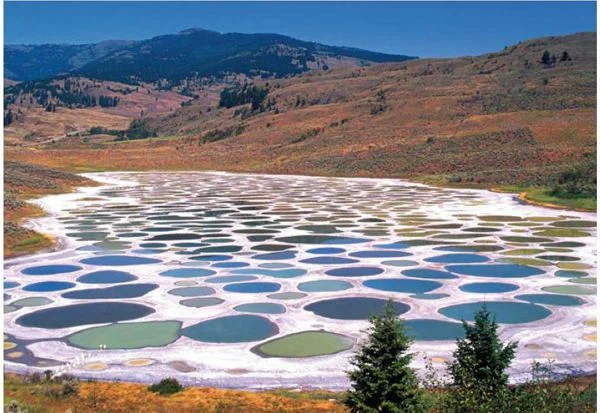 Of all the lakes in this wilderness area, one in particular stands out, and it is not very easy to get to it. From afar, the body of water shimmers with multicolored spots, resembling the skin of some fabulous huge jaguar.

Go down to the unusual multi-colored lake can not – access to it closes the barbed wire and signs, which says that it is private property. Anyone who got here, it would seem that thus tourists are warned of some danger. In fact, there is no danger to people here. The renters or owners of the lake had the idea to limit the access to the pond to all the people. What is the motive?

Chemistry instead of magic

The unusual and even slightly strange lake is called Spottead Lake, located in southwestern Canada near the U.S. border. During the winter, fall and spring, the body of water is no different from its brethren; it is during the summer that the magic happens. In the summer, when the scorching sun heats the air to 30 degrees, the surface of the reservoir begins to change, it is covered with unusual spots of different colors. The spots are actually small lagoons that still have some water reserves. Water for unknown reasons becomes multicolored, and all variety of color palette is involved. 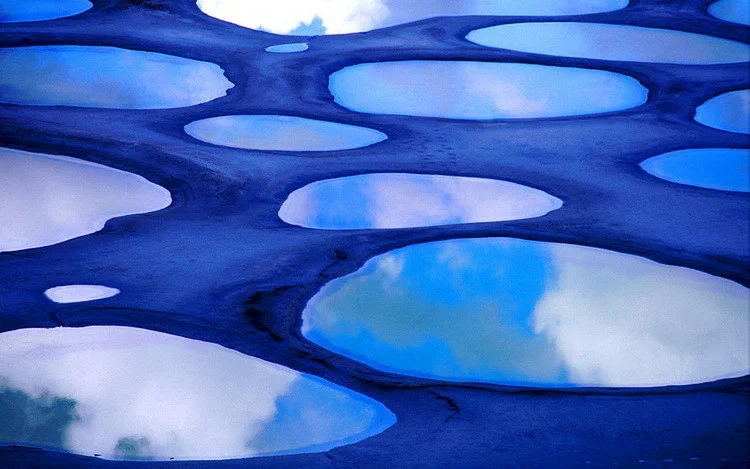 Scientists have a reasonable answer to this incomprehensible phenomenon – the special chemical composition of the lake bed. The bottom of the reservoir is rich in mineral salts – titanium, sodium and magnesium sulfates, as well as silver compounds. The sun’s rays together with the warmed air make the water more saturated. And it changes color each time, becoming yellow from green or purple from blue.

The Indians start and lose.

The strangeness of the body of water was noticed even by the indigenous locals. They named it Kliluk, which means “to heal.” According to an old legend, during a long military confrontation between two local tribes, the retreating side had to cross the lake. There were a lot of wounded warriors among retreating tribes, and they treated their wounds with water and they healed quickly. Since that time, the Kliluk has been a sacred lake for the locals. However, history knows what happened to the Indians after the arrival of Europeans. No, they were not expelled from their land, but land was divided among the settlers, and the lake got its owner.

The owner of the unusual lake was a certain Edward Smith, who, however, did not bring any profits to the reservoir. Everything changed dramatically during the First World War. The lake was rich in minerals and salts, which were used as raw materials for military supplies. Cheap labor from China was used to produce salt, and all the salt extracted was sent to weapons factories. Locals became unwitting observers of the water body losing its uniqueness. 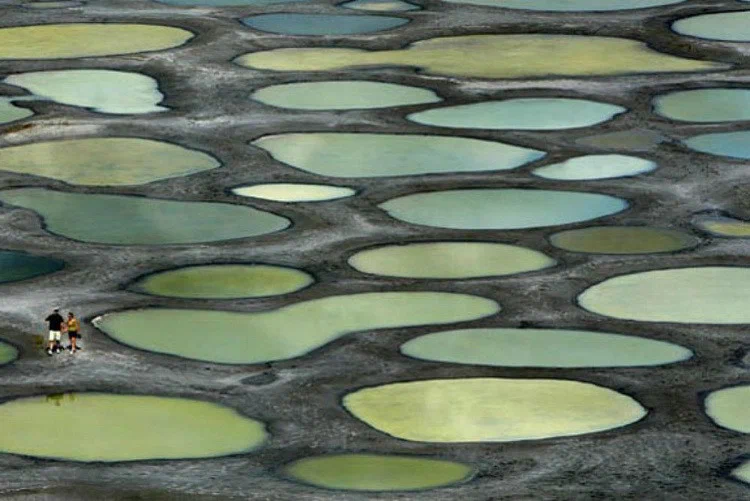 After the war, no one was interested in the reservoir for quite a long period. Few people knew about this amazing body of water, they came to enjoy the incredibly beautiful lagoons. Truth be told, the lake had no overwhelming popularity in those years.

Barbed wire instead of a spa

In the 1970s, Smith’s heirs decided to mine the lake for minerals and open a health resort at the same time. Naturally, the local residents did not like such an idea of businessmen and they decided to buy the pond by all means. The Indians did not have the necessary amount of money, and the owners did not want to make even the slightest concessions. The situation changed after the intervention of the Canadian authorities. The government decided to give the natives the money, and in 2001, the reservoir got a new owner.

The Indians, of course, were not interested in building a hotel on the lake shore and mining in its bowels. They decided to block free access to the lake using barbed wire and warning signs. Today this place cannot be visited by tourists, scientists or just curious people. Today, all the benefits of the reservoir belong only to the Indians. Every year they hold a national festival – singing songs and conducting rituals. The rest of us can observe the lake from the highway, photographing the beautiful scenery from afar. For this reason, there are not many quality photos of the lake on the Internet. And there’s nothing you can do about it when it comes to private property.

If you want to see this unusual phenomenon live or just going on a trip, be sure to use Yandex Travel service to find the cheapest tickets and best hotels.

Lake Khiluk is one of the most unique lakes in the world, located in British Columbia (Canada), its other name is Spotted Lake which means “spotted lake” and indeed the lake fascinates with its unusual, even something extraterrestrial view, the whole surface is covered with colored spots with hard frames.

Spotted Lake Spottead Lake is located near a town with the interesting name Osoyoos, which is located near the U.S. border. The lake was originally called Khiluk, the name given to it by the Canadian Okanagan Indians.

In the spring and winter time Lake Kliluk looks like a normal lake, it begins to acquire its unique appearance in the hot summer. During this period, many spots of different shapes and colors form on the surface of the lake, and the color of the lake spots depends on the period of the year and weather conditions. At the same time, due to the drying of the lake, islands of minerals, covered with a strong crust, begin to emerge on the edges of the spots, they are strong enough and you can even walk on them.

READ
Horsetail is a waterfall of fire . California. USA

In addition, thanks to the substances contained in the lake, its water has a therapeutic effect with a strong therapeutic effect. It is saturated with various minerals and has the highest concentration of magnesium sulfate (Epsom salt), calcium and sodium, as well as silver and titanium in the world. Therefore, the water from this lake is not suitable for drinking, there are no fish in it, only some microorganisms live in it, and you cannot swim in Spottead Lake.

It is also known that local people use the mud of Spotted Lake for pottery, and during World War I the minerals from it were used in the manufacture of ammunition.

There is a legend that says that Clearwater Lake stopped the war that was going on between the Canadian Indian tribes. So, when the decisive battle was taking place, the tribes had to cross the lake, and each of the warring parties had a lot of wounded. And when during the crossing the Indians washed their wounds with water, the wounds began to heal quickly, the Indians, who had previously considered their lake sacred, considered it a sign from above that they should stop fighting and therefore decided to reconcile.

The Indians, though they lived in the area, the land didn’t really belong to them. For 40 years, it had been owned by a private landowner, Ernest Smith. When he learned that the lake is located on his land, he tried to build a spa resort on the lake, it was in 1979. But the Indians began to oppose it and even offered to buy the Kliluk from him. But they succeeded only after 20 years of continuous begging and at the end of October 2001 the reservoir Spotted Lake with 22 hectares of land was sold to them for $720,000.

At the moment the lake Spotted Lake in Canada can be seen only from a distance, stopping on the highway, as the area around the lake is fenced with barbed wire and go to the lake you can only with the permission of the elders of the local tribe of Indians, who do not readily agree to let anyone or near their sacred place. But nevertheless tourists always come here to see with their own eyes this wonderful extraterrestrial spotty lake Kliluk.