Stonehenge (UK) – the most detailed information about the sight with photos and videos. History of Stonehenge and location on the map.

Stonehenge is one of the most famous sights in the United Kingdom, which is a grand archaeological site of the Neolithic period. This ancient megalithic structure was built between 3000 and 1500 BC and is a UNESCO World Heritage Site. The mysterious Stonehenge consists of huge blocks of stone, called menhirs or megaliths. Its exact purpose is still unknown. Although archaeologists tend to believe that Stonehenge is either an ancient cemetery or the construction of ancient astronomers to predict the cosmic phenomena.

Stonehenge is located 130 km south-west of London, near the town of Salisbury.

The area around Stonehenge was settled 10,000 years ago. Although its construction began in 3,000 BC and was probably completed in 1,500 BC. The exact Old English name of the site (Stanhengues) is not known. In the Middle Ages it was interpreted as “hanging stones”. The modern name Stonehenge translates as “stone circle”.

The Stonehenge landscape is one of the best preserved areas of the chalk (limestone) plain in Britain. This archaeological monument lies on the edge of the Salisbury Plain, surrounded by low hills and dry river valleys. 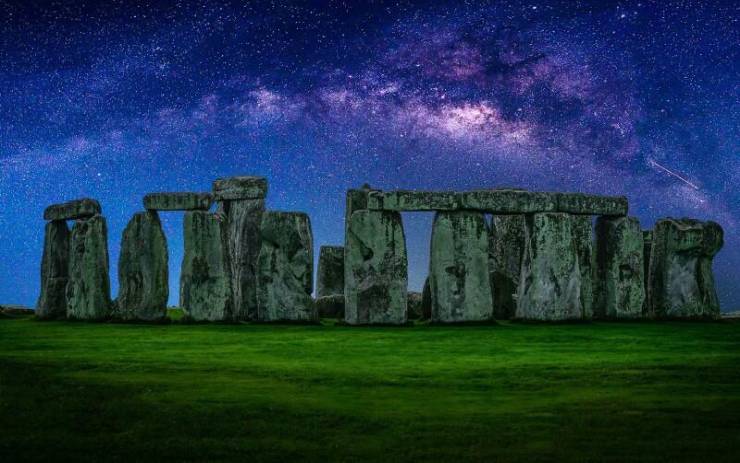 The history of Stonehenge can be divided into four stages: 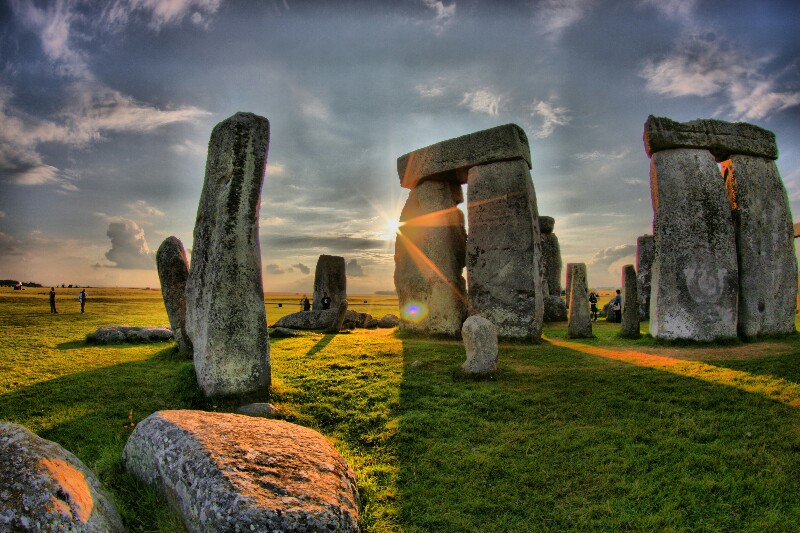 The megaliths of Stonehenge.

Many of the blue stones and sarsens were removed/damaged during the Roman Empire and the Middle Ages. The first excavations at the site of Stonehenge began in the 16th century. In 1874-1877 the first accurate plan of the location of the stones was made. Modern scientific archaeological research was carried out in 1901.

Stonehenge is a grand stone megalithic structure consisting of 30 sarsen stones (sandstone) and 64 bluestones. These stones were shaped like a horseshoe and an outer circle (ring). 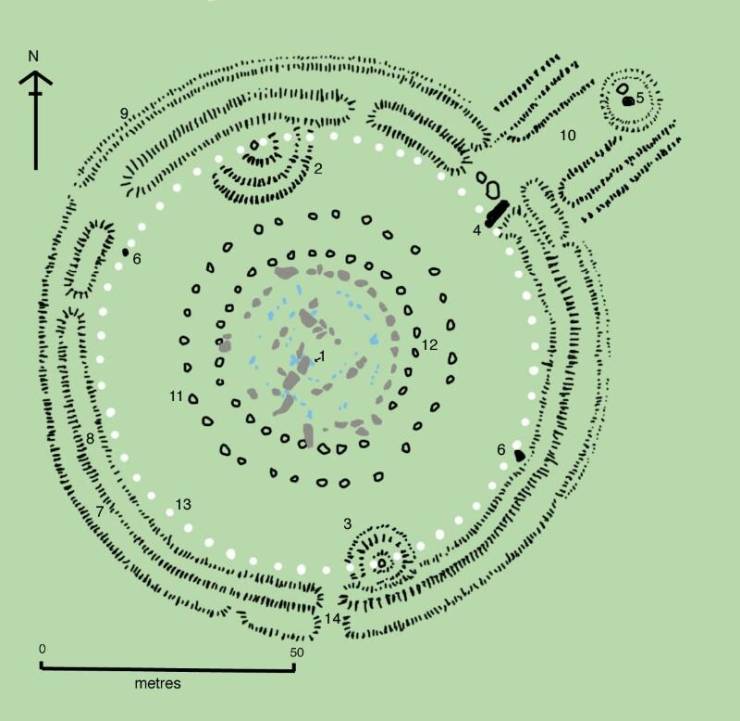 The plan of Stonehenge 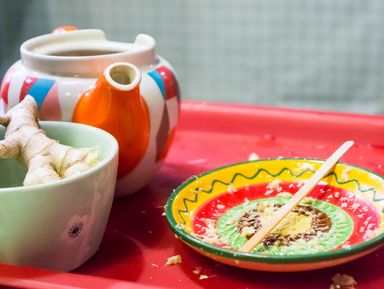 History of coffee and tea in London

Discover where and how the culture of tea and coffee drinking began, and soak up the atmosphere of those glorious times 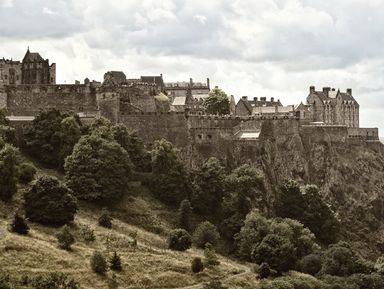 Stonehenge is one of the most famous iconic structures in the world, with a great many legends and myths relating to its ancient megaliths. It is located in the middle of the Salisbury Plain in southern England.

There is hardly another structure in the world, keeping its secrets for as many years as the stone circle on Salisbury Plain. What we can say with certainty is that Stonehenge was a religious structure and burial place in the Mesolithic period (c. 8500 BC) and that its name comes from the Old English stanhen gist, “hanging stones”.

Stonehenge is located in an area where many prehistoric finds have been made. Stonehenge is considered a mysterious and magical place, and various modern sects, including followers of the Druids, gather here. Since Stonehenge was recognized as a UNESCO World Heritage Site, attempts have been made to prevent the inevitable environmental damage caused by the 800,000 tourists who come here every year.

The sun’s rays shine through the stone arches of Stonehenge

For the time being visitors are not allowed to go beyond the wide ring fence enclosing the structure. For tourists there is a service center, not yet very powerful.

The building of Stonehenge is divided into three main periods of about 2000 years. On the burial site and religious ground there are megaliths – huge blocks of stone, resembling similar stones in other parts of Europe. The megaliths at Stonehenge are upright and have transverse slabs that distinguish them from other structures of this kind.

READ
What to see in Montenegro on your own

The second period began sometime after 2500 BC when the first megaliths were put in place and the entrance on the north-eastern side of the circle was moved so that it faced the sunrise. To this day, archaeologists are still amazed at the accuracy with which the ancient astronomers determined this location.

The third period began after 2000 BC. Additional multi-ton megaliths were installed, forming the so-called “Sarsen ring”. It consists of 30 sandstone blocks 4.25 m high and weighing 25 tons each, stacked in a circle 30 m in diameter. The limestone blocks, each weighing 7 tons, were hewn precisely to form slabs over the vertical blocks. They were fastened at the top of the pillars with a system of studs and grooves. Articulations of this kind are consistent with the Bronze Age culture and level of technique. In the center of the circle there are five more trilithons lined up in the form of a horse’s horseshoe.

Scholars believe that these granite blocks, some weighing four tonnes, were dragged from the Preseli Hills in South Wales, 400 kilometres away. Stacked in pairs, the stones are topped by equally gigantic slabs. Inside the smaller circle are two more horseshoe-like structures, one beside the other, and in the center lies the so-called altar, or altar stone. Nearby are other stones.

As for the question of “how” Bronze Age people managed to transport, process and install these huge stones – especially megaliths brought 320 km away – it is clear that this would have required a high level of organization of labor. But with an important goal in mind, Bronze Age chiefs had enough power to plan and carry out such work for decades. The technology of the time, including rollers, levers and rafts, made such construction possible.

The position of each block, vertical support and slab was strictly aligned with the position of the sun on the summer and winter solstice. The two inner “horseshoes” are oriented to the sunrise and sunset on the summer and winter solstices. It is clear that the builders attached great importance to this, but the meaning and purpose of the structures are still unknown to experts. We cannot be sure that Stonehenge was an astronomical laboratory. It is much more likely that it was used as a religious center. In the middle is an altar of green stone. The other blocks in the inner circle are called the blue stones. These are a special kind of basalt mined in Wales, 380 km away. It is difficult to understand how such multi-ton blocks could have been transported over such a distance with Bronze Age means. According to the theory of archaeologist Aubrey Barla, they have not been transported from place to place, because the ancient glacier allegedly brought these blue stones here. But legend has it that the great sorcerer Merlin brought the stones to Stonehenge.

The myths associated with Stonehenge have been around for generations and this amazing site still draws crowds of visitors. No-one is allowed into the inner circle of the stones, only twice a year, on the Summer and Winter Solstice, do the English Druids perform their Celtic rites there.

Stonehenge is still a mystery to archaeologists and history buffs. Many different theories have been proposed, but none have been fully proven.