A museum complex devoted to the history of the Russian Navy was opened in Severnoe Tushino Park on July 26, 2006. Visitors to the museum can get acquainted with the internal structure of the diesel submarine B-396 and walk on its upper deck, examine the screen-plane “Orlyonok” and the amphibious assault boat “Skat”.

Before entering the museum thermometry is taken. In accordance with the directive of the Chief State Sanitary Doctor in Moscow visitors with a body temperature of 37.1 ° C and above, as well as those with signs of infectious diseases are not allowed into the museum. 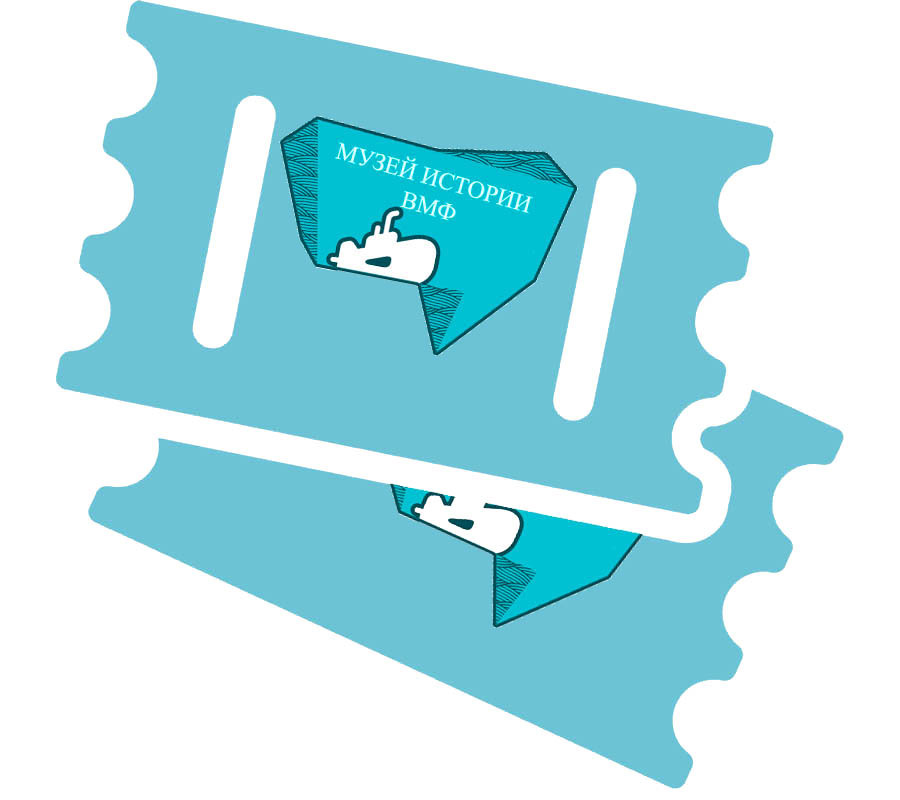 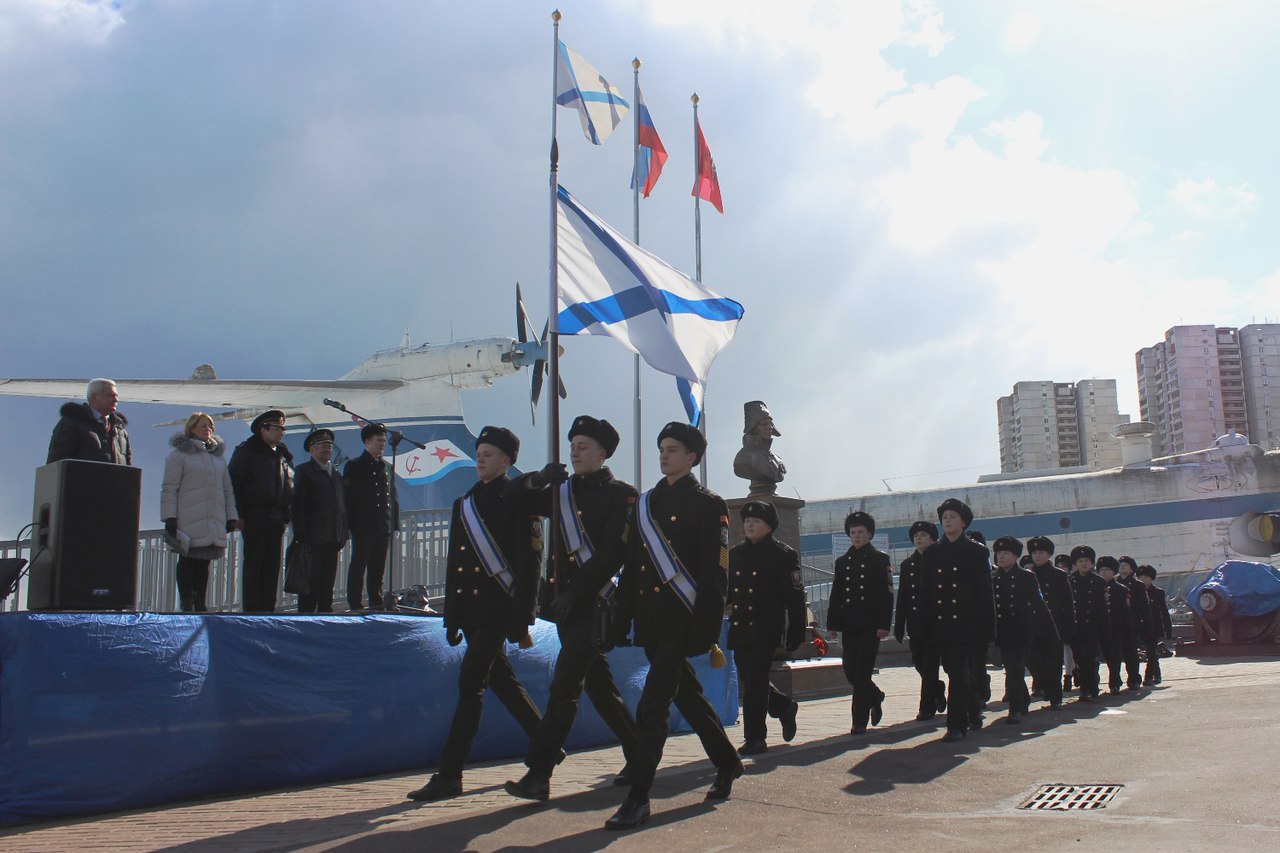 The Mayor of Moscow supports the appeal of Navy Veterans; he has signed an Order of the Government of Moscow # 255-PP “On Creation of the Cultural-Memorial Complex on the History of the Navy in Moscow” dated April 15, 2003.

The Decree of the Moscow City Government “On Placing of the Museum and Memorial Complex on the History of the Russian Navy and Cultural and Entertainment Center in the Water Area of the Khimki Reservoir” was signed.

By decision of the Government of the Russian Federation and by a decree of the Moscow City Government the Museum received from Kaspiysk naval amphibious vehicles: the amphibious transport and assault ship “Orlenok” and the amphibious hovercraft “Skat”.

The educational (simulator) stand for virtual piloting of a radiation shield vehicle Orlyonok, which is a model of the cockpit of the sea transport vehicle Orlyonok and is intended for simulating the flight and performing combat missions, using the controls and navigation equipment, began to receive its first visitors. Hovercraft systems, including a panoramic 3D-visualization system, give the visitors an impression of being on board of a moving screen-plane. The stand can accommodate 14 people (including two pilots). 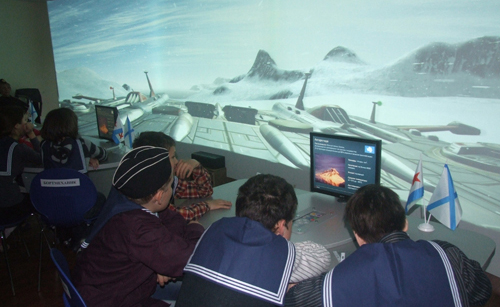 In order to carry out exhibition and cultural and educational activities, two temporary exhibition pavilions #1 and #2 with a changeable exposition and transformable space were installed on the museum complex’s quay line, which provide opportunities for exhibitions, installations, and vernissages. The “Farwater” interactive educational civic and patriotic center was put into operation and started its classes, which offers interactive educational programs for students in geography, natural history, astronomy, history and culture of St. Petersburg and the world of atomic energy”.

By combining the park “Severnoe Tushino” and the Museum and Memorial Complex of the History of the Russian Navy”.

On the Navy Day, July 27, opened its doors to visitors a modern exhibition pavilion of the museum, which holds thematic exhibitions. 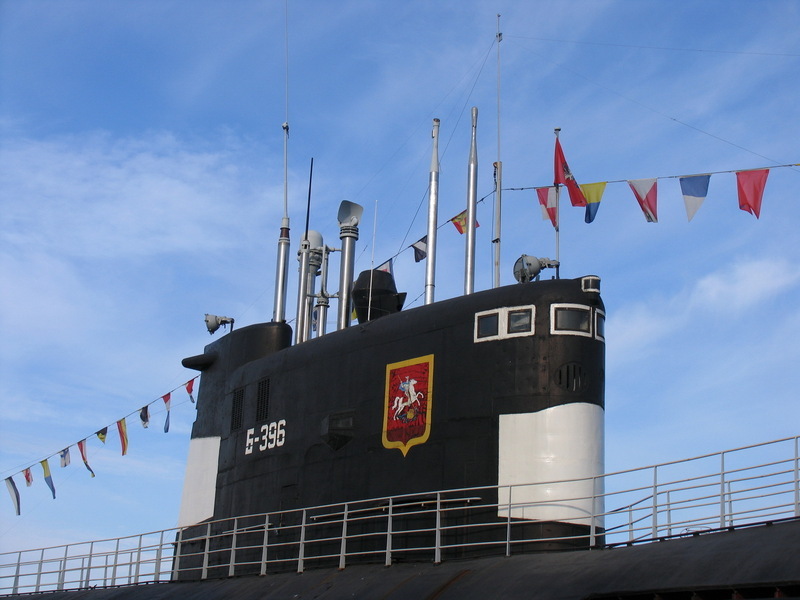 Since April 1, visitors can visit the deckhouse fence and get acquainted with the design features of the mechanisms there”. 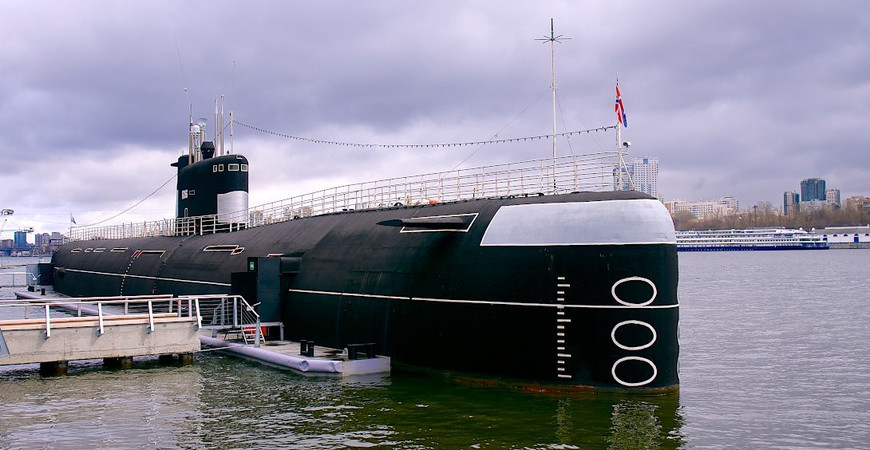 Last Thursday of the month is sanitation day. Every first Sunday, admission is free for students.

Museum “Submarine” is one of the exhibits of the Museum and Exhibition Complex of the Moscow Navy in the park “Northern Tushino”. The vessel is located on the shore of Khimki Reservoir. The grand opening took place on July 26, 2006. Since then the museum regularly receives guests wishing to see how the submarine looks like from inside and get acquainted with the environment in which the sailors lived and carried out combat missions.

However, a few changes had to be made to the design of the vessel. To allow children and people with disabilities to freely enter the museum, the hatches were replaced with convenient passageways.

Visitors can see the sailors’ quarters, the instrument panel, the control room, the neutralized mines and ammunition. The boat is only partially submerged, so guests can see the propeller structure. In the summertime, in favorable weather, you can visit the upper deck. Each compartment has interactive displays telling about the history of the submarine and the Russian submarine forces.

Diesel-electric submarine B-396 was built in 1979 in Nizhny Novgorod. She could accommodate up to seventy-eight crew members. During its service from 1981 to 1988 the submarine managed to perform combat missions in the Barents Sea, Norwegian Sea, Mediterranean Sea, in the North and South parts of the Atlantic Ocean.

After the boat was decommissioned, it was decided not to destroy it, but to reconstruct it a bit and leave it to serve the people as a museum. The current location of the boat museum was not chosen immediately. There were several options: Gorky Park, Taras Shevchenko embankment and the Kremlin embankment. Eventually, they decided to place the boat on the embankment of Khimki Reservoir in Severnoe Tushino Park. The museum was opened on the Navy Day in summer 2006.

Prices in the museum “Submarine” in Moscow

The museum offers entrance and sightseeing tickets, as well as group tours. Discounts are given to privileged categories of citizens: children from 7 to 17 years old, pensioners, disabled people, schoolchildren and full-time students, families with many children.

The cost of admission tickets for self-examination, ranging from 120 to 300 rubles:

The Submarine Museum works as follows:

Every last Thursday of the month is sanitation day.

Museum “Submarine” is located in the area between Volokolamsk and Leningrad highway. You can get there by public transport or by cab.

The nearest station “Skhodnenskaya” Tagansko-Krasnopresnenskaya line (lilac branch) is located at some distance from the museum. After rising on the surface to move in the direction of the Khimki Reservoir along Khimki Boulevard. Then go into the park and walk in the direction of the embankment. The road from the station to the museum will take about ten minutes, the distance is just over one kilometer.

Bus stop “Zakharkovo” is located 500 meters from the entrance to the museum. It is approached by buses moving on the route from Planernaya to the station “Tushino”:

A little farther from the museum on Khimki Boulevard at the “Zakharkovo” stop:

From bus stop to the museum go in the direction of Freedom Street about 200 meters and then through the park along the alley.

The most comfortable way to get around the capital by cab with the help of mobile applications: Yandex.Taxi, Uber, Gett and Maxim.