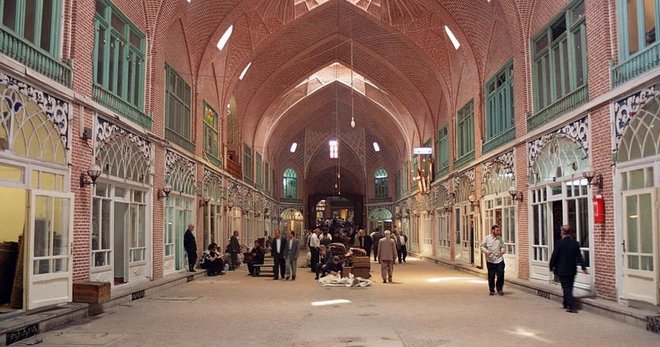 Shopping is one of the most enjoyable activities on vacation. If you visit the Iranian city of Tabriz and go to the famous Tabriz Bazaar, an ordinary shopping trip can turn into a fascinating experience. It is the oldest market in the Middle East and the largest in the world. It opened in the 16th century, when the Great Silk Road began to pass through Persia (present-day Iran).

Tabriz bazaar – then and now

The market has been working for 1.5 thousand years, it has earned worldwide popularity and recognition for its originality. The Tabriz Bazaar is the only structure of its kind to have been designated a UNESCO World Heritage Site in 2010. Located in the center of the city, the market covers an area of more than 1 million square meters. For centuries, it has been a center of trade and a meeting place of different peoples and cultures.

The heyday of the bazaar was in the 16th century, when Tabriz became the capital of the united state of the Safavids. In 17th century, after the city lost the status of the capital, it remained an important economic and trading center. During the constitutional and Islamic revolutions Tabriz bazaar became a place of political struggle.

In addition to the medieval market, modern shopping centers and stores opened in the city. The bazaar’s popularity did not diminish. The bazaar has a special atmosphere and allows one to feel the color of the city, which was twice a part of the Russian Empire.

The Tabriz bazaar is nowadays not only a place to sell and buy goods: important religious ceremonies are held there. The Shia hold memorial evenings and processions for 10 days in memory of Ashur. Trade is halted during this time. 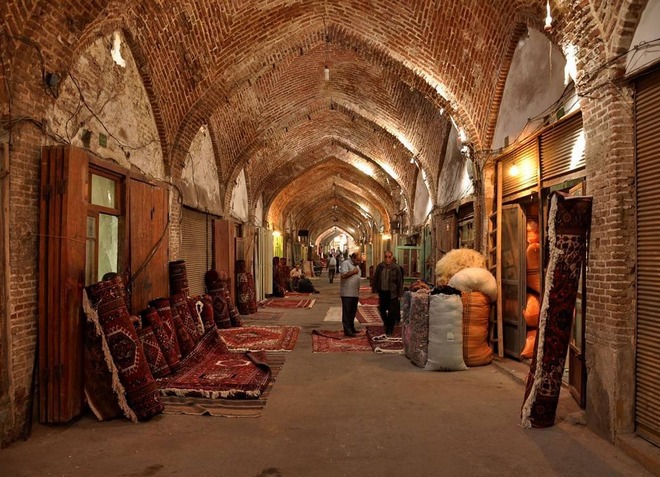 Structure of the Market

The Tabriz Bazaar is an entire complex consisting of specialized markets:

The complex is built in the Islamic architectural tradition characteristic of the region of Iran, called East Azerbaijan, where the city of Tabriz is located. The most beautiful mosque here is the Friday mosque, which is also the largest. Its courtyard can accommodate about 2,000 people. The beautiful building with arches on top, a marble courtyard, a swimming pool, and fountains is an object that tourists should see with their own eyes.

Another interesting and important structure on the territory of the bazaar is the Mausoleum of Poets, where about 50 representatives of the creative and scientific intelligentsia of Iran are buried. The first poet to be buried here was Asadi Tusi. The main part of the mausoleum is underground and the dome, destroyed by an earthquake, protruded above the surface. The renovated upper part of the mausoleum is in the Art Nouveau style. It was created in the 1970s by Dolathashi Tahmaseb. Portraits of the buried are mosaicked underground, and music and poetry can often be heard in the mausoleum itself. 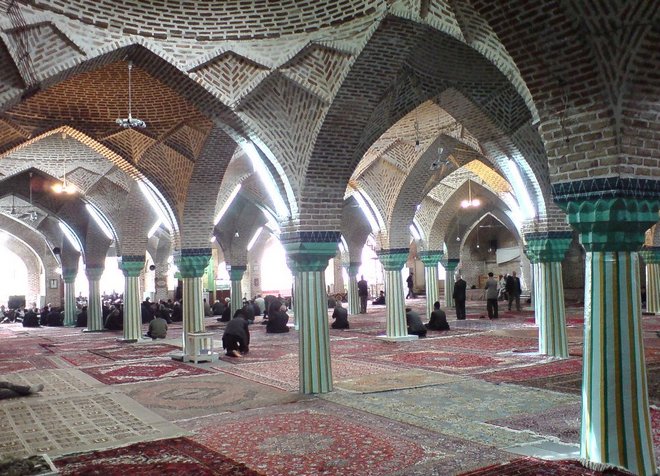 Since the market is located in the center of the city, there is no problem finding it. You can take a bus to the south entrance – the stop is called “Bazaar”. When travelling by subway, get off at “Shahid Mohaqqaqi” station.

The Tabriz Bazaar has been functioning for one and a half thousand years. Crossing the Great Silk Road, the Tabriz bazaar gained worldwide popularity and recognition in the 16th century.

The Orient has always enjoyed success as a center of trade. The Tabriz bazaar is the largest covered market in the world and has been operating for several centuries. It is mentioned in books, movies, songs, architectural works and paintings by artists of all nations. Nowadays Tabriz bazaar is on the list of UNESCO World Heritage Sites. A trip to the legendary market is a real adventure in the land of wonders.

READ
The Birds' Hospital in India, description and photo

History of the Tabriz Bazaar

Tabriz Bazaar is an ancient landmark and the pride of Tabriz, the former capital of Persia, now an Iranian city. The city of Tabriz was founded during the Sassanid dynasty of Persia. In the 4th and 3rd centuries BC trade just started to flourish in this semi-desert area. Small shops offering food, fabrics, and jewelry to the inhabitants were appearing.

With the advent of the great Safavid dynasty, Persia reached its greatest heyday. Tabriz was designated the capital of the vast state in the sixteenth century and became the center of life in all spheres:

The Tabriz bazaar began as a small marketplace for local merchants. To the north of Tabriz was the famous Great Silk Road along which rare and expensive goods were transported from China to Asia and Europe. With the outbreak of the Arab-European wars, the route shifted to what is now Vologda, but in the 1600s the Safavids secured the caravans on their territory.

The Great Silk Road moved to Persia. Tabriz then had a favorable geographical position – from the city went the main roads to three sides of the world. Trade caravans moving from China made a stopover in Tabriz. Gradually the local market grew in scale. Goods passed through the Tabriz bazaar:

Along with the popularity of the Tabriz bazaar, its size grew. It was no longer a small market, but a huge indoor trading pavilion. Residential buildings, schools, mosques appeared there. The Tabriz bazaar turned into a “city within a city”.

How to get to the Tabriz Bazaar

The Tabriz Bazaar is the very center of modern Tabriz, which is located in the northwestern part of Iran. You can get to the city by any means of transportation, there is an airport, bus station, railway station, and good highways. To get to the Tabriz bazaar you can:

Transport interchange is conveniently created – there is a connection to all major and nearby settlements.

The Tabriz bazaar is an important commercial, tourist and cultural site. Its modern state is almost indistinguishable from its medieval appearance. Not only trade flourishes here, but also the busy life of citizens and tourists. On the territory of the covered market are placed:

The market area is full of exclusive high quality goods. Tabriz carpets and crockery are famous all over the world. The price for a small handmade rug starts at 50 USD. In addition to shopping in a giant pavilion you can do an overview of interesting places and local attractions:

Shopping tour in Iran – it is not only an experience and acquaintance with the places numbering a thousand and a half years. From here you can bring a lot of original things, to visit the former center of the ancient empire. To make your trip memorable and perfect, it is worth applying some useful tips:

READ
Altai Resort, the whole truth about vacation in Altai

A trip to the Tabriz Bazaar is a vivid emotion, exoticism, and the spirit of history. Despite the generally accepted Islam, Muslims are respectful of believers of other religions. The proximity of conflicting states should not scare tourists – Iranians are considered a friendly and peaceful people, which confirms the constant development of the ancient Tabriz Bazaar.