230 km away from popular crowded Tahiti and Bora Bora is the cozy place Taha’a – the “vanilla island” of French Polynesia. You can get there only by water cab from the neighboring island of Raiatea, and to it, in turn, by plane from Tahiti, Moorea or Bora Bora. Only five kilometers separate the two islands, united by a common lagoon and always mentioned in the tourist brochures together. Taha’a has an almost regular circular shape, rising with Mount Ohiri in the center, and its shores, looking away from Raiatea, are fringed with numerous motu, small patches of land along the edge of the lagoon.

Looking at the serene beauty of the island, it is hard to imagine that for nearly two centuries Taha’a has been the site of fierce wars of domination between the Polynesian island kings. There was also a period of autonomy in Tahaa’s history, recognized by a treaty between France and Great Britain as claimants to the island, and replaced by a French protectorate. Thanks to the archaeological excavations conducted on the island from 1925 until the middle of the twentieth century, Taha’a now boasts numerous historical monuments open to the public.

Among the historic monuments of Taha’a are several well-preserved marae, ancient Polynesian temples, three of them on the shores of Vaimai Bay and five more in Mao Bay. In one of the marae, the ahu, a ceremonial platform, is beautifully preserved. And if this is not enough to satisfy your curiosity, you can always go to the neighboring Raiatea, which, incidentally, is considered the center of the ancient Polynesian civilization.

On Taha’a there are only three settlements, scattered on its different banks, and a couple of small but comfortable hotels, offering their guests the popular in the Society Islands cabins on the water. There is a dive club on Taha’a, a must for literally all the islands of the archipelago. Here you can choose between conducting regular excursions to the bottom of the lagoon or choosing your own route, of course, if you are an experienced enough diver. The fishing is excellent in the coastal waters of Taha’a, usually fishing from a boat, but you can also try your hand at snorkeling if you like.

READ
Dean's Blue Hole is a magnet for freedivers. Bahamas

The moment you set foot on the shores of Taha’a, you will immediately understand why it is called the “island of vanilla”, the delicate scent of this spice spreads far beyond the vast plantations that occupy most of the island. The smell of vanilla permeating the air of the island makes a vacation on Taha’a even more romantic, and gives a special spice to your senses. Tourists must be shown the vanilla plantations, and told in great detail about how the trees are grown and how the vanilla is pollinated and ripens.

In addition to the vanilla trade, the locals make money selling unique black pearls, which are grown on several farms. Taha’s black pearls are known to jewelers and jewelry lovers the world over because they are of the highest quality. You will be taught to appreciate the quality of pearls on one of the farms, told the legends and lyrical stories about them, and offered to buy a string of amazingly beautiful pearls.

The pride and special care of the islanders is the “turtle sanctuary”. Here, under the care of enthusiastic people, many turtles spend their days in well-being, some of them belong to the unique and rare species, and others can boast of a very advanced age.

And, of course, Taha’a Island’s greatest assets are its snow-white beaches and the clearest, gentlest waters of the lagoon. You can spend your time relaxing, basking in the sun on the beach and swimming in the azure water, you can indefinitely. On local beaches there is no crowds of large resorts and tightly closed private property on the beach. And in this freedom and a certain wildness, there is a special charm. Life and the natives of the island and tourists who come to Tahaa flow slowly, measured, as if everyone coming here, gets the secret knowledge that life and beauty are eternal, and after one happily lived day will certainly come the next, even happier.

I do not know how for you, but for us any beautiful tropical island can be safely attributed to the attractions of the world. About one of such islands you are about to learn.

About 30 kilometers to the south-east of the earthly paradise and the island of Bora Bora is not less beautiful island Taha. It belongs to the so-called Leeward Islands of French Polynesia.

Taha’a Island on the map

Why is it a diameter? Because the island is virtually circular in shape with four extended bays at the southern end. Taha’a Island is of volcanic origin. Its highest point is Mount Ohiri, about 590 meters high. Five kilometers south of Taha’a is the island of Raiatea. Both islands are in the same lagoon, surrounded by a large number of small islands “motu”.

Recall: motu – the common name for the small islets that surround most islands of French Polynesia. Motu creates a kind of protection of the central island from the Pacific (if the ocean suddenly wants to arrange a storm, the motu will be a barrier to the waves, and thereby extinguish their strength). The lagoon between the main island and its motu is usually shallow, warm and clear. In such lagoons are very often built whole garlands of cozy bungalows on stilts just above the water. 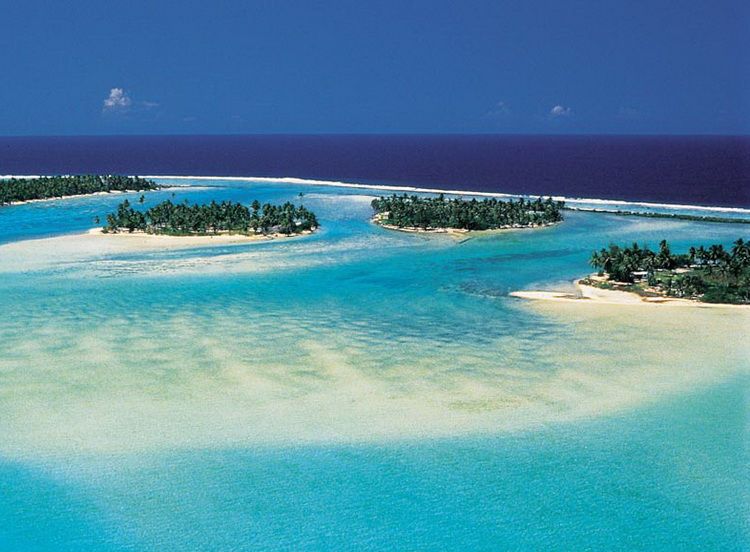 In shape, the lagoon with two islands is very reminiscent of the figure eight or keyhole. 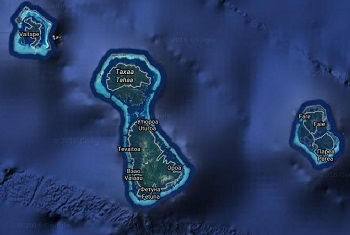 On the east coast of Taha’a, excavations were conducted in 1925-1960. Archaeologists have found a fairly large number of ancient Polynesian buildings, among which are ritual sites connected by wide stone bridges.

History of the island of Taha’a

If you think that on the islands of French Polynesia people who are practically living in paradise, and only do nothing but relax and enjoy eternal summer, the Pacific Ocean and the rustle of palm trees, you are deeply mistaken. Or rather, today it almost is, but here in the 18-19 centuries of the last millennium on the island of Tahaa raged bloody wars, and he passed from hand to hand from one tribe to another.

READ
Sorvagsvatn - a lake over the ocean. Faroe Islands

The island of Taha became a battlefield between the kings of the islands of Raiatea and Bora Bora. First King Tapoa I of Bora Bora conquered the island in 1770. Then King Raiatea Tamatoa III recaptured the island in 1818. Four years later, in 1822, the first missionaries arrived on the island. And already in 1847 an interesting event happened: France and Britain signed an agreement, according to which all the Leeward Islands became independent.

Why do we find this event interesting? Because we do not quite understand how countries thousands of kilometers away from the island of Taha’a suddenly decided its fate. Nevertheless, a few years later, the locals rebelled against the tyrant king Tamatoa V, as a result of which the island gained autonomy. But in 1888, France annexed the island.

Now it is a municipality with the administrative center in the village of Patio. The population of the island is slightly more than 5000 people. The locals are mostly engaged in agriculture and fishing. They grow vanilla (the lion’s share of vanilla in all French Polynesia is produced just on Taha’a Island). Copra is produced. This is a plant material from the oily tissues of the coconut. In addition, it is some terribly versatile raw material that is used to make margarine and glycerin. And now pay attention. copra is also used to make soap, industrial oils and … napalm!

Can not say that the island is visited by millions of tourists, but on the other hand it is even a plus. Silence, tranquility and serenity – these are the main advantages of the island. The main attractions Taha’a are 8 villages on the coast, where you can get on trips to plantations of vanilla and orchids. Beautiful, not yet trampled hundreds of thousands of feet of travelers, nature surrounds you on all sides. And on the island you can also visit the farms for growing black pearls. To the locals, black pearls – a symbol of magic and purity. The islands of Polynesia are the largest supplier of black pearls on the world market.

As for the beaches, they are not as rosy as the ones on Bora Bora. Because of the rocky coastline there are not so many beaches, and most of them are practically deserted. But even in this case, you can find a plus – you get a chance to be alone with yourself and the ocean.

How to get to Taha’a

From Moorea and Tahiti (about 230 kilometers away) you can take regular flights with a local airline. From Papeete you can get there on a high-speed catamaran. From Bora Bora you can get there in 15 minutes by plane. Between the islands of Taha’a and Raiatea there is a constant “water cab”. You can use this mode of transport to explore the island in all its glory by going around it in a circle.