The capital is Dushanbe. Location – Tajikistan is located in the south-east of Central Asia. The area is 142.326 thousand square kilometers. The population is 9.5 million people. Currency is somoni; it was introduced in October, 2000.

The republic is a typical mountainous country with absolute altitudes from 300 to 7495 m. 93% of its territory is occupied by mountains belonging to the highest mountain systems. The Fergana Valley is situated in the North, the Turkestan, Zerafshan, Gissar and Alai Ranges in the North-West and Central part, the Pamir in the South-East (one of the highest points of the world – peak Somoni – 7495 m); the Vakhsh, Gissar and other valleys are situated in the South-Western part.

The innermost riches of the republic are its rivers and lakes, which have system-glacial feeding. The total length of 947 rivers, which are more than 10 km long, exceeds 28500 km. They account for more than 60% of the hydro resources of the Central Asian region.

The largest rivers (length, in kilometers, on the territory of Tajikistan )

The highlands of Tajikistan have huge reserves of snow and ice. The climatic border of eternal snow lies at an altitude of 3500-3600 meters in the west and rises to 5800 meters in the east. The area of glaciers in Tajikistan exceeds 8,476 square kilometers. More than a thousand glaciers with a length of more than 1.5 kilometers have been registered here. 16 glaciers reach more than 16 kilometers in length, including the Fedchenko and Grumm-Grzhimailo glaciers.

READ
Guadeloupe is a French overseas department in the West Indies

Tajikistan is also rich in lakes. There are about 1,300 of them, with a total area of 705 square kilometers. The largest of them are Karokul and those of the rubble origin are Sarez and Yashilkul. The lakes are mainly located at an altitude of 3,500 m.

Soil, vegetation and fauna of Tajikistan are sharply belted. The vegetation cover is rich in wild fruit trees, thousands of plant species, which are widely used by the population.

The fauna is rich and diverse. In Tajikistan there are more than 80 species of mammals, over 365 species of birds, 49 species of reptiles, about 40 species of fish, over 10 thousand species of insects. Among predators, there are snow leopards, lynxes, bears, wolves, foxes, martens, as well as deer and argali.

Currently, there are 4 nature reserves (“Tigrovaya Balka”, “Romit”, “Dashti Dzhum”, “Zorkul”), 13 sanctuaries and a national park. The total area of protected areas is 21% of the territory of the country.

The subsoil of Tajikistan is very rich. Currently, more than 400 deposits have been explored and about 100 deposits are being exploited, where up to 40 types of mineral resources, both fuel and ore (about 10) and non-metallic (about 90) fossils are being produced.

In terms of coal reserves, Tajikistan is the leading country in Central Asia. Total geological reserves are about 4.0 billion tons. 80% of the coal is coking coal. Many deposits of polychemical, rare and noble metals: zinc, lead, bismuth, molybdenum, tungsten, gold, silver, antimony, mercury, fluor spars, as well as gas and oil were discovered on the territory of the country.

READ
The 100 Most Extraordinary and Beautiful Holidays in the World

Useful information for tourists about Tajikistan, its cities and resorts. Also information about population, currency of Tajikistan, cuisine, peculiarities of visa and customs restrictions in Tajikistan.

The Republic of Tajikistan is a state in Central Asia, in the foothills of the Pamir Mountains and has no access to the sea. It borders Uzbekistan and Kyrgyzstan to the north and west, China to the east, and Afghanistan to the south.

The mountains, which occupy about 93% of the area, belong to the Pamir, Tien Shan and Gissar-Alai systems. In Central Tajikistan, the mountain ranges of Turkestan, Zeravshan, Gissar and the western part of the Alai range have predominantly latitudinal extension and heights up to 4000-5000 m. The eastern half of Tajikistan is occupied by the Pamir mountain system with the highest peaks of Somoniyon (7,495 m) and Lenin (7,134 m). There are more than a thousand mountain glaciers in Tajikistan.

Tajikistan is a presidential republic. The head of state and executive power is president. The head of government is prime minister. Legislative power belongs to parliament.

Russian remains a language of international communication, widely used in office work and business. It is understood and used by an estimated 38% of the population. Among rural population literacy is widespread in local languages (Tajik, Uzbek, Kyrgyz, Turkmen).

85% of population (Tajiks, Uzbeks and others) belong to Sunni Muslims, adhering to Hanafi branch. 5% are Shia Muslims. Small percentage of residents are not Muslim, among them most of all Orthodox Christians, as well as representatives of other Christian denominations.

Currency exchange can be done at the airport or hotels, at most banks in Dushanbe or Khujand (outside of them many banks may not even have currency exchange departments), or at exchange offices, which are available in large numbers in all cities of the country.

The use of credit cards and traveller’s checks is virtually impossible, with the exception of international hotels and large shopping centers, which are available in some numbers in Dushanbe. ATMs are available in Dushanbe and Khujand, but their number is limited.

In many private stores and markets it is possible to pay in Russian rubles or U.S. dollars, but there is a high chance of serious overpayment.

Every country is obliged to have its official symbols that will set it apart from all countries and emphasize its independence. Some have these symbols. 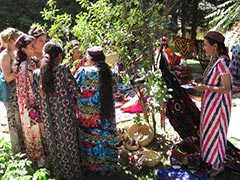 The population of Tajikistan is more than 7 million people. Tajikistan is a multinational republic: one can meet representatives of all ethnic groups in the country.

It’s clear that all of the republics that were once part of the Soviet Union have experienced for themselves what it means not to be independent, in fact not.

What is the currency in Tajikistan? The Tajik ruble, which acted as Tajikistan’s national currency for five years, has been replaced by somoni, the. 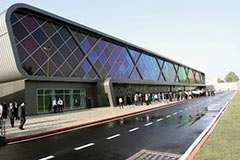 This mountainous country is the birthplace of an ancient civilization and one of the popular tourist destinations among travelers from the CIS countries. Here go lovers.

Rest in Tajikistan at the best price . Search and compare prices on all leading global booking systems. Find the best price for yourself and save up to 80% of the cost of travel services! 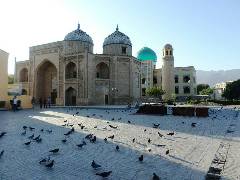 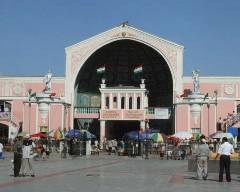 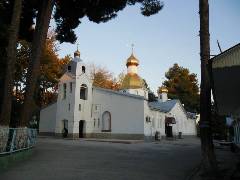 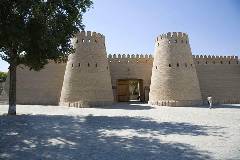 Culinary art of Tajik people has been forming for many centuries. Despite some similarity of Tajik national cuisine with the dishes of other Central Asian nations, Tajik cuisine at the same time, has its own characteristics, a peculiar technology of cooking many dishes.

The most characteristic feature of Tajik cuisine is the use of large quantities of meat products and limited use of fish, eggs, certain types of cereals (buckwheat, oatmeal, barley). The most common types of meat are lamb, goat, less commonly eaten chickens, chickens and almost completely do not use ducks, geese.

Another feature of Tajik national cuisine is high consumption of pulses and rice. Products made of flour occupy significant specific weight in the diet: lepyoshkas, lagman, ugro, sam-buse, ponytails, etc.

Primary and heat treatment of some products is peculiar. For many dishes, meat, for example, is used without pre-grinding. For the preparation of the first courses the meat is pre-shredded with bones roasted. In this way, the finished dishes acquire a peculiar taste and a brown hue.

Poultry is skinned before or after cooking. Fish as well as meat and vegetables are fried in large quantities of red-hot fat. Fats, especially cottonseed oil, are previously subjected to recalculation to the temperature of smoke formation with the addition of onions (whole heads), meat bones for flavoring.

Processing of some types of vegetables is also characteristic. For example, in onions the rhizome is cut in a cone. Potatoes and carrots for the first courses are boiled as a whole.

Products are subjected to heat treatment in cast-iron cauldrons – cauldrons, as well as in special pots – mantovars or pots with liners, on braziers and in toasters.

Roasting food on braziers, in toasters gives the finished products a specific flavor and aroma. Due to the steaming ready-made meals do not lose their nutritional value, they retain mineral salts, vitamins, meat becomes tender, gets tangy taste.

Fresh tomatoes are preferred for dressing first courses instead of tomato puree. In addition, suzma, katyk, kaymak and kurut are used to dress the first courses and salads.

A peculiarity of Tajik national cuisine is semi-liquid consistency of the second course, a large amount of meat sauce “vaju”.

Among the national dishes – bowls of different capacities, kasi, round and oval dishes, teapots, trays, vases and other types of wooden ceramic dishes.

The favorite drink of Tajiks is green tea. Not a single reception, not a single friendly meeting and conversation can do without a bowl of this hot beverage. Separately, a tray with sweets, fruit, tortillas is served. Then soup is served in large bowls and second courses are served on large round plates. Vegetable salads are usually served on small plates with the second course.

Tajiks eat sitting on suf around low tables. It is necessary to mention respectful and careful attitude to food, especially to bread: bread can not be thrown or dropped on the ground or on the floor, it is not accepted to put it on dastarkhan (table) with bottom side up, break it carefully, etc.

The tip in most cases is 5 % but it is preferable to specify the amount beforehand in every particular case.