Temple of the Sun in India

The Temple of Sun God Surya in Konaraka also known as the “Black Pagoda” is a 13th century monument in Konaraka, India.

The temple of the sun god Surya, the Indian version of Hellenic Helios, is located in the city of Konaraka and is commonly known as the “Black Pagoda.” It was the nickname given to the temple by English sailors for whom the sanctuary, built of stones blackened by time, was the main coastal landmark, visible against the light beach sand even in a storm. The sanctuary was erected as early as the 13th century on the shore of the Bay of Bengal. However, not so long ago the sea receded, pushing back the shoreline by about 3 km and significantly affecting all local currents. It was not without adverse effects on fresh water sources, forcing people to leave these lands.

The temple complex of the Black Pagoda is in the form of a giant chariot, which is harnessed to seven horses. The chariot has twelve wheels, symbolizing, in the view of the ancient Hindus, the cycle of the universe, which in modern interpretation means the change of months and the cycle of seasons.

The temple was originally divided into three halls. The first was reserved for priestesses who performed the ritual dance of the Sun, in which modern researchers have revealed a kind of encrypted “alphabet” for the secret transmission of knowledge. The movements of the body signified the symbols of Sanskrit, and the priestesses could speak in front of everyone so that the uninitiated could not penetrate into their conversation. But in the minds of laymen, such gestures remained a meaningless ritual, a tribute to the sun god. In modern interpretations, the essence of the dance is reduced to hours of hymns glorifying Surya.

The second hall was reserved for the prayers, which glorified Surya. Since the sun was the symbol of fertility, including human fertility, the hall was decorated accordingly. Everywhere there were soft mattresses, and the walls of the Black Pagoda still retain decorations in the form of figures depicting men having sex with each other.

The walls of the third hall, which housed the sanctuary, collapsed along with the sixty-meter dome tower and cannot be restored. The surviving part of the sanctuary was later combined with the prayer hall.

Although the temple has long been abandoned by the worshipers, pilgrims from all over India flock here to meet the Supreme Surya in the celebration of Paramasura. This festival falls on the seventh sunrise of the month of Math, which does not correspond to the European calendar and falls in late January or early February. The holiday was analogous to New Year celebrations for India – at this time, although warm, but not too pleasant winter came to an end, opening the way to the Sun, which revives life and triggers a new cycle of nature.

According to an ancient legend, the temple was built at the place where Earth meets Heaven, and the gates to other worlds are always open to the initiates, from which Surya appeared. This legend has a good scientific basis – there is a strange magnetic-time anomaly in the temple and in the surrounding area. It affects not only compass arrows, but also electronic equipment, often putting it out of order.

With a prolonged stay, the anomaly can put pilgrims into an altered state of consciousness, which they call the Light of Surya’s Mind. This state, first of all, is characterized by a complete lack of need for sleep and food and strong sexual desire.

Mentally unstable people are not recommended to visit a Surya temple.

However, if you are confident in your mind, you will remember this trip for a long time, and a piece of the Sun God, according to Hindu scriptures, will be forever imprinted in your soul.

The Temple of the Sun is an ideal place for those who seek enlightenment, but are not ready to renounce the world and spend decades to get out of the cycle of Sansara. But remember: those who visited the sanctuary of Surya never went back to the boring routine of their former life. So before the trip you should decide if you’re really ready to give up the old life, giving way to the new one.

READ
The Big Buddha in Hong Kong, photos and descriptions 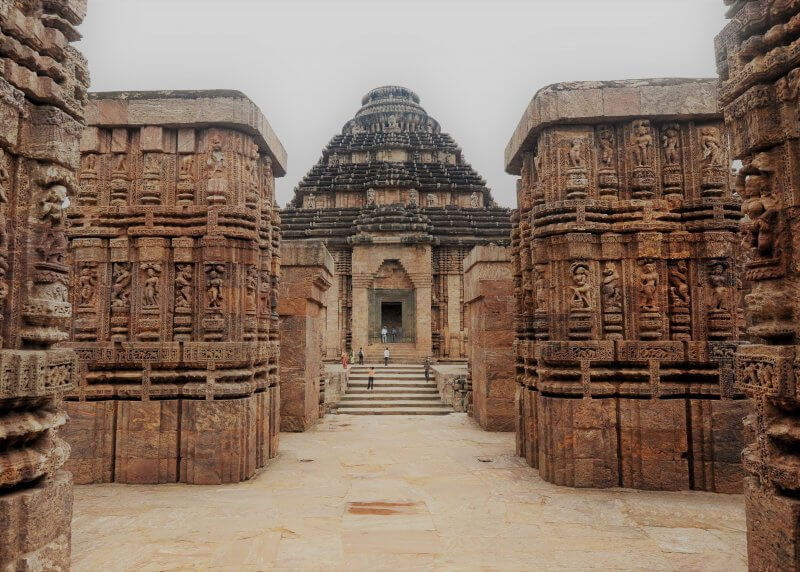 Surya in Konarak is a sanctuary where worshippers came to pray and where priestesses performed ritual dances. It is a 13th century monument built near the Bay of Bengal. It is located in the central part of Konarak in the state of Orissa.

The landmark is known in history by another name, the Black Pagoda. Historians believe that this name was given to the monument by British sailors for whom the Surya temple served as something like a lighthouse – thanks to the dark stones it was visible from afar in all weathers. 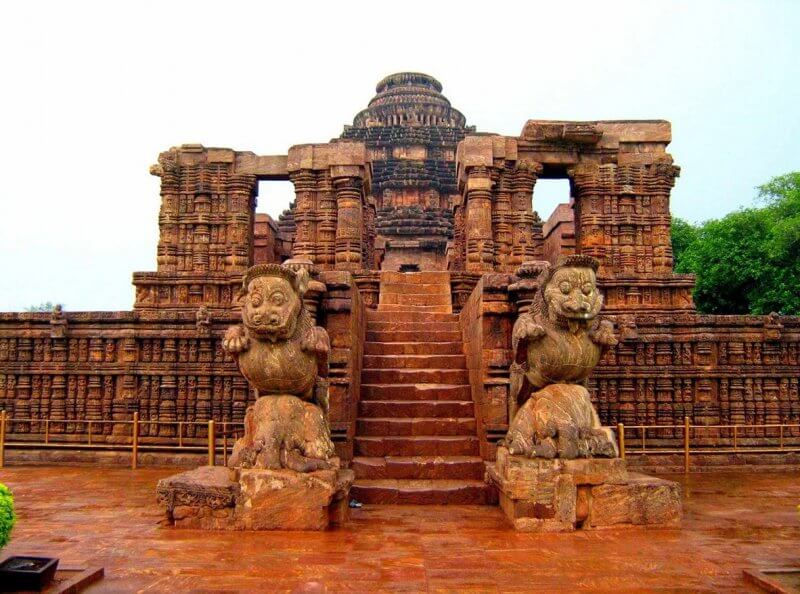 The Surya temple was built in the 13th century by Raja Narasimhadeva I on the shore of the Bay of Bengal in India. However, over 7 centuries, the sea receded and “tucked” the landmark into the center of Konaraki.

According to legend, the place where the temple was built was not chosen by chance. The temple of the Sun was built where Heaven and Earth meet, which means the doors to other worlds are open. Interestingly, the scientists partly agree with the believers – it really is a very unusual area, where compasses and other modern devices stop working.

The heyday of the Sun Sanctuary (Surya) came at the end of the 13th century, and in the 16th century the historical monument was destroyed. Why this happened is still unknown – the chronicles describe these events very vaguely, and historians suggest that in these lands came either Christians from Europe or Muslims. A version of natural disasters is also considered. 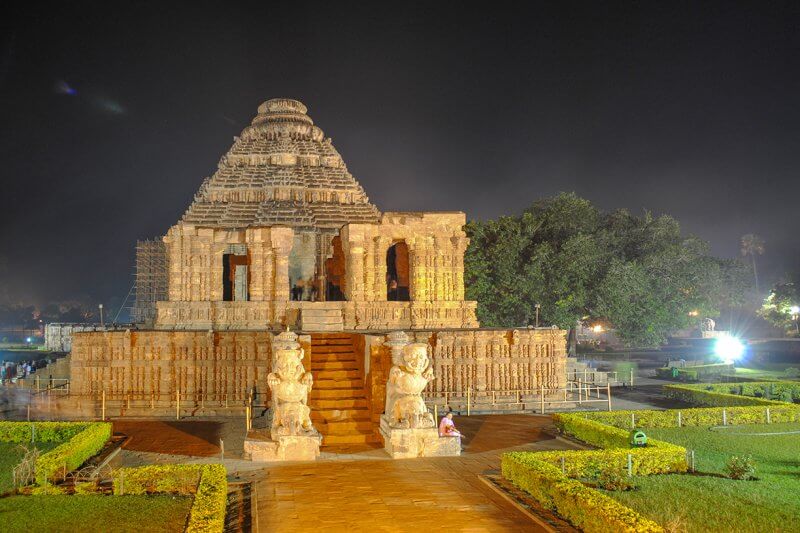 Despite the fact that the builders of that time failed to rebuild the temple of Surya again, pilgrims still regularly came there. There were especially many of them at the end of January, when India celebrates Paramasur Day.

The temple was revived in the 18th century when Brahman Baba Brahmachari made a pilgrimage to the shrine. He found it in a terrible state: crumbling walls, broken sculptures and a huge rainforest that completely swallowed up the monument.

In 1984, this Indian landmark was inscribed on the list of UNESCO World Heritage Sites. 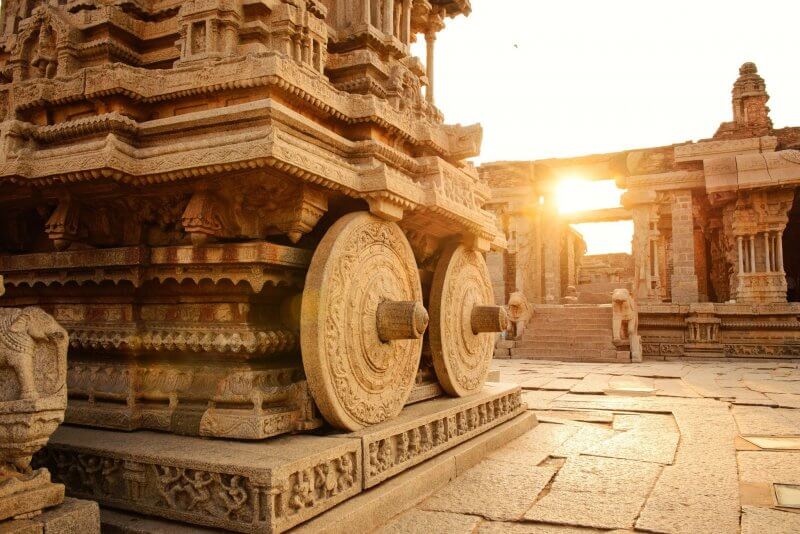 The Temple of Surya (Sun) in Konarak consists of three parts:

The building reaches a height of 75 meters, and the weight of the slab that covers the temple is 2000 tons. In front of the entrance to the attraction you can see 7 stone horses with chariots, and on the facade of the Surya temple there are several suns. 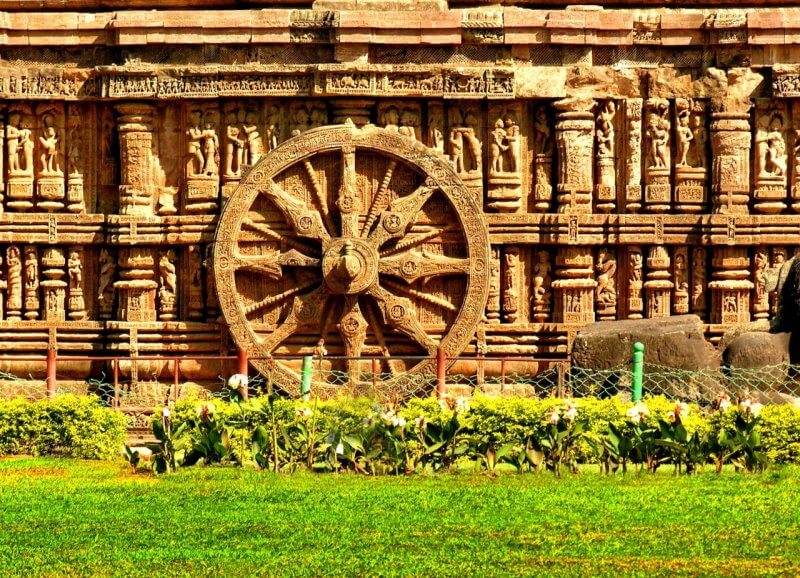 As for the interior decoration of the temple, on almost all the walls you can see images related to the sun, love and procreation. The sculptures also have the same subtext.

Since Konarak is located on the east coast of India, it is hardly possible to meet casual tourists here – everyone goes here purposefully. Usually from the following cities:

READ
Sikh Bangla Temple, How to get there description and photo

Buses to Konarak from Puri depart from the city’s main bus station (Gundicha Ghar) as they fill up. The price is 10 rupees.

Buses from Bhubaneshwar to Konarak run every hour, but it is more convenient to take a shuttle bus – only 1.5 in the journey and the cost is 20 rupees.

Unfortunately, you can’t get from Jagarsingper to Konarak directly – you have to go via Bhubaneshwar. Therefore, the best way to get to Bhubaneshwar is to take a bus (Rs. 10) and then take a shuttle bus (Rs. 20).

From Kordhae to Konaraki there are buses and shuttles every hour. Boarding is at the main bus station in the city. Travel time is 1.5 hours. The cost is 18 rupees. 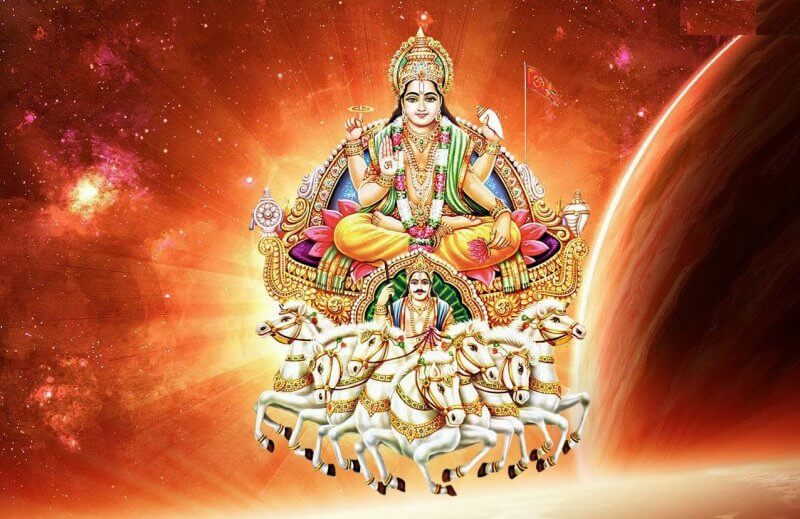 READ
Harmandir Sahib Golden Temple, description and how to get there

The Sun Temple in Konarak is a great place to get energized and learn more about Indian culture.

Virtual tour of the temple:

Updated: 26 Aug, 2019 The Lotus Temple is one of the main architectural sights…