Modern art museums of the world

To go to Tallinn without visiting the Kumu Art Museum would be to deprive yourself of a lot of good memories of the cultural and historical pearl of the Estonian capital.

The most unusual museum in the world can be visited in Cancun, Mexico, on the Yucatan Peninsula underwater sculpture museum.

The famous Austrian artist Friedrich Hunderwasser is a unique personality, everyone who knows him treats the master completely differently.

Art Museum in Basel, founded in the 15th century, the world’s oldest collection of art masterpieces, the largest in Switzerland.

The Philadelphia Museum of Art, one of the largest fine art museums in the United States, was founded in 1876.

The Smithsonian Institution is a research and educational institute in the United States and its complex of museums.

Cooper-Hewitt Museum of Design was founded in 1897 and is housed in a mansion that Andrew Carnegie specifically bequeathed to the museum.

READ
Collection of castles, palaces, forts and fortresses of the world

Solomon R. Guggenheim Museum is an art museum in the United States, a collection of contemporary art, established in 1937 by the Guggenheim Foundation.

A new building of the Nelson-Atkins Museum of Art, designed by Stephen Hall, opened; the museum was founded in 1933.

Queen Sofia Museum – together with the Museo del Prado and Thyssen-Bornemisza constitute the “Golden Triangle of the Arts” Madrid.

The Museum of Fine Arts in Boston is the largest art museum in the United States and was founded in 1870 on the basis of the Boston Athenaeum.

The Museum of Fine Arts is located in Houston, Texas, United States, and is one of the largest art museums in the United States.

The Vincent Van Gogh Museum is an art museum in Amsterdam, the world’s largest collection of paintings and drawings by Vincent van Gogh.

The Metropolitan Museum of Art in New York, the largest museum in the world since 1967, is located on the island of Manhattan and is a must-see.

Direct indexed hyperlink is required for full or partial use of the site materials.

The photos and videos on this site are the property of their authors and are used solely for informational purposes under a Creative Commons license.

Contemporary art museums are especially interesting to visit. They attract not only with their collections and expositions, but even with buildings that can often be rightly considered architectural masterpieces.

There is an opinion that the country where there is no museum of modern art can not be considered civilized. For example, the Italians, who realized in the 1990s that Rome was the only European capital without such a museum, built as many as two. Well, in view of this importance Biletyplus.ru has compiled its top 10 museums of contemporary art that are worth visiting.

MoMA was founded in 1929 and became the first museum of modern art in the world. 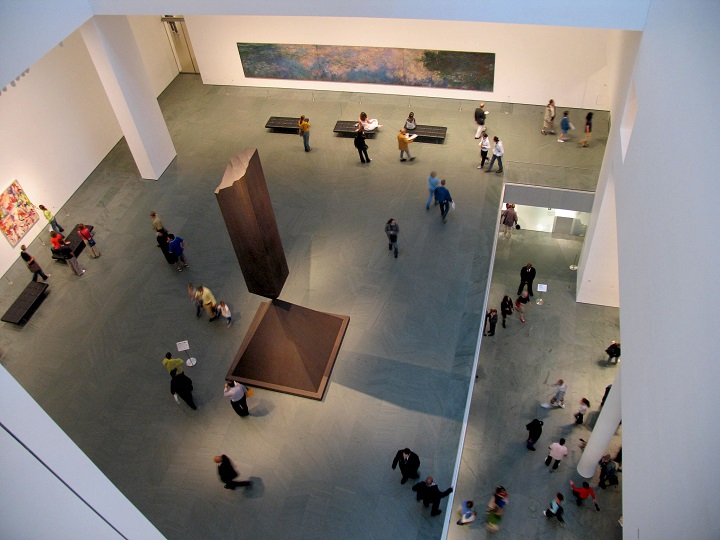 Today it is one of the attractions of the “Big Apple”, visited by more than 2.5 million people annually. Most Western galleries in one way or another have inherited the features of MoMA. The museum has six floors and thousands of paintings, photographs, sculptures, posters, and design objects. You can see the originals of Van Gogh, Picasso, Chagall, etc. MoMA is also famous for its library of art, where there are more than 300,000 books.

This museum is located in a former power station on the banks of the Thames. The reconstruction was done by Giles Gilbert Scott, known as the inventor of the red telephone box. And while the lower floors of the museum are still reminiscent of the industrial past, the upper floors look like a familiar gallery space. 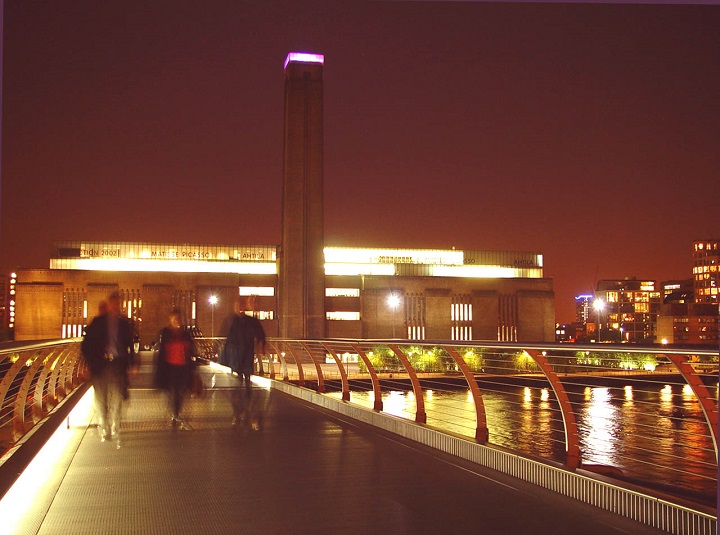 More than 4.8 million people visit the museum each year. The odd floors have permanent collections with works by Lichtenstein, Warhol, Monet, Rothko, Malevich and Picasso, while the even floors have temporary exhibitions. The roof of the building offers a magnificent view of London.

One of the branches of the famous Museum of Modern Art in New York has long become the main attraction of the capital of the Basque country. And first of all thanks to the large building, which is assembled from metal plates. 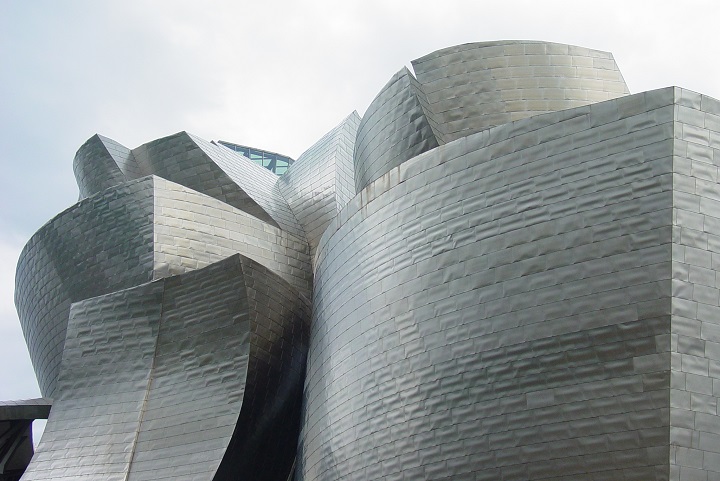 The permanent exhibitions of the Guggenheim Museum represent art of the 20th century. However, there are more electronic works and installations than traditional paintings or sculptures.

Works by Dali, Picasso, Miró, Gries, Hirst, Bacon and many other artists can be seen in the museum, which is located in the building of the former hospital of the XVIII century. However, during the reconstruction of the building added glass elevators and expanded the passageways inside. Nearby is the later built second building of the museum with glass walls and a red roof. 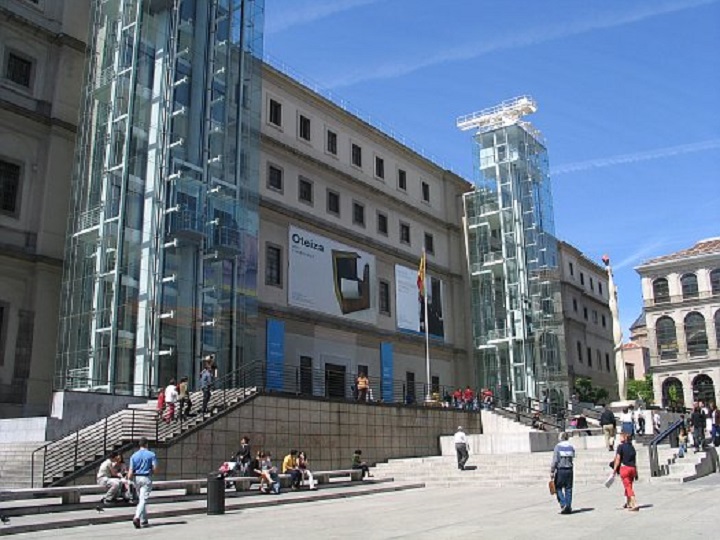 It is necessary to visit the center at least because it is here that famous work of Picasso “Guernica” is located.

Over the more than thirty-year history of the museum, it has been visited by about 150 million visitors. Some come here to see the exhibitions, while others are interested in the high-tech building itself. The idea of the architects was to show the internal structure, so they took the industrial pipes outside and painted them. 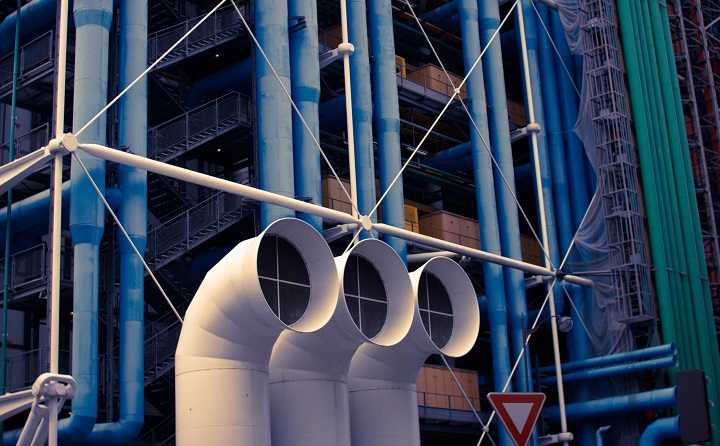 Among the masterpieces of the permanent collection in the museum you can see “The Artist and His Model” by Matisse, “The Guitarist” by Picasso, “The Double Secret” by Magritte, etc.

SFMOMA is recognized as one of the best contemporary art museums in the world. Both its concept and building are interesting: a stepped brick façade with a black and white tower that can be seen from anywhere in the city. The roof of the museum offers a panorama of all of San Francisco. 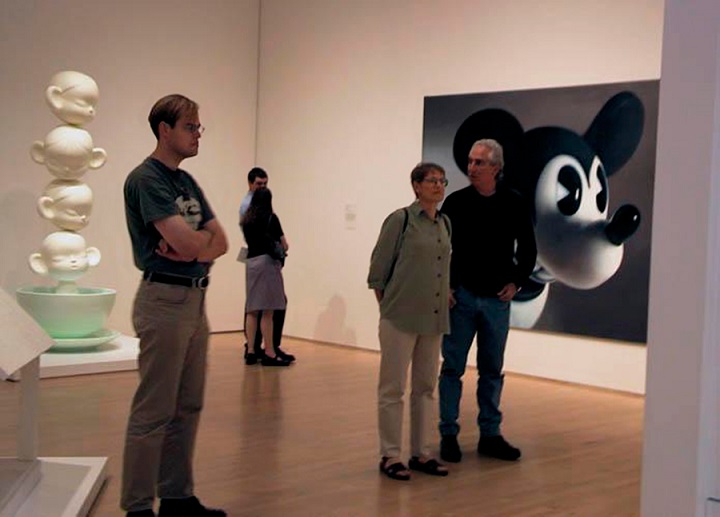 SFMOMA features original works by twentieth-century artists such as Matisse, Pollock, Duchamp, Kippenberg and others.

The most interesting collection of modern art in Germany is presented in this museum. It appeared thanks to the German entrepreneur and philanthropist Peter Ludwig, who for 40 years has been collecting the works of Picasso. 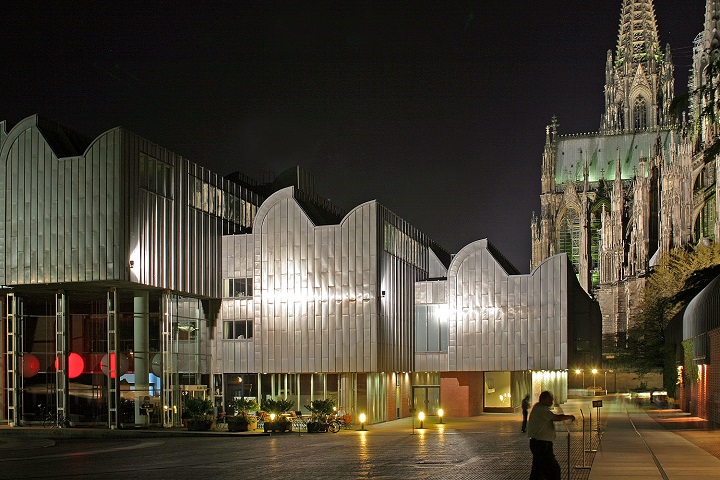 Fans of pop-art will be especially pleased with the museum: there is a large collection of works by Warhol, Lichtenstein and Wesselman. Russian avant-garde works by Malevich, Goncharov, Larinov and others are not ignored either.

The gallery, which has just recently been renovated, consists of an ensemble of buildings from different times that were included in the complex throughout the 20th century. 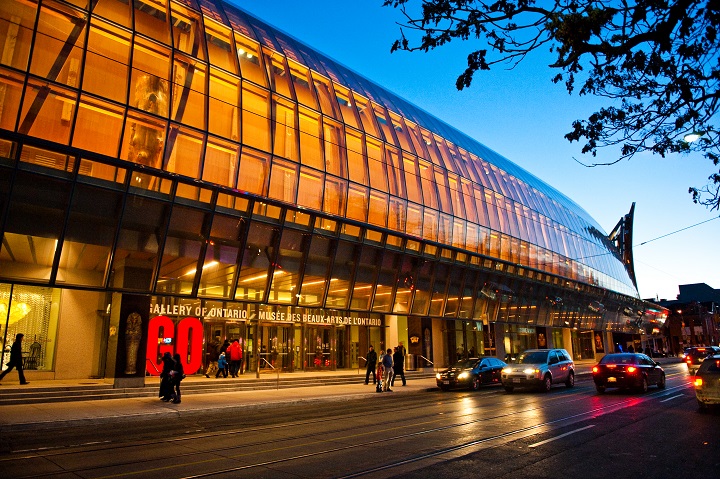 Today, the Gallery has about 73,000 works of contemporary art. In addition, various expositions and installations are constantly on display here.

READ
The world's 100 largest and most beautiful cathedrals

If you are interested in contemporary art from Arab countries, then you should definitely visit this museum. It is called a little gem tucked away in a remote area of the city. 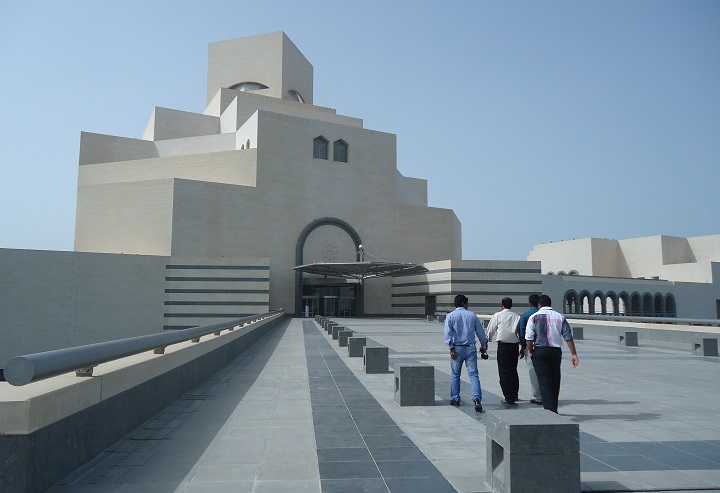 The museum appeared thanks to Sheikh Hassan bin Mohamed bin Ali Al Thani, who has been gathering his collection for almost 30 years. There used to be a school in the museum building. Today, the whitewashed, designer interiors have no hint of the former school.

One of the largest museums of contemporary art in the world, as well as the largest in all of Latin America. The building is built in the form of a distorted hourglass. Its facade is lined with thousands of aluminum plates that recreate the effect of whether snake scales or bee honeycomb. Interestingly, the museum has no windows, and daylight enters through a small hole in the roof and spreads evenly across the floors.

The collection of the Soumaya Museum has more than 66,000 works of art. You can see the works of contemporary artists, as well as works by Leonardo da Vinci, Matisse, Van Gogh and Monet.

Surely now you want to see all these treasures of humanity with your own eyes. Well, with the help of our service you can choose air tickets which suit you in terms of price and dates so that you will have enough time to visit the most interesting museums.

Become an author! Tell us about interesting events and facts. Share the hot news. Send your article by e-mail and after moderation it will be placed on our portal.