Determining the world’s largest palace is quite difficult because many countries use different standards by which they consider their palaces to be the largest. In fact, even the very definition of a palace is highly ambiguous.

Some sources state that a palace must have served at least once as a royal residence, while another frequently used definition states that a palace is the official residence of a ruler, head of state (monarch or president), archbishop or bishop.

Despite this disagreement, however, there is a generally accepted classification of the world’s largest palaces, and you can read about it in this post.

From the Royal Palace in Brussels to the Palace of Parliament in Bucharest, here are the 25 largest palaces in the world! 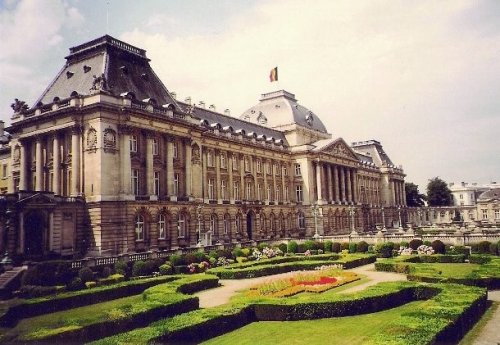 25. Royal Palace of Brussels, Belgium Located in front of Brussels Park in the center of the Belgian capital, the Royal Palace is the official residence of the King and Queen of Belgium. Built in a neoclassical architectural style, the palace has an area of over 33,000 square meters. 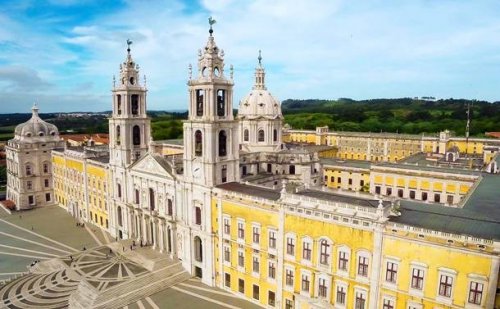 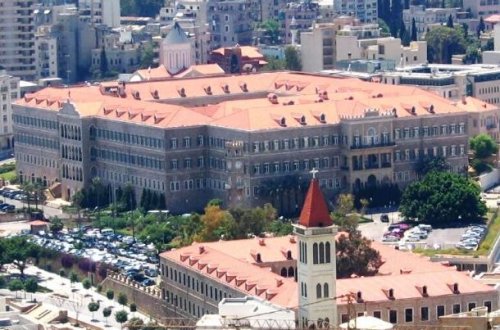 Also known as the Government Palace, the Grand Serail is the headquarters of the Lebanese Prime Minister. Built in 1853, it is an important historical structure and a stunning example of Ottoman architecture. The palace has an area of 40,000 square meters. 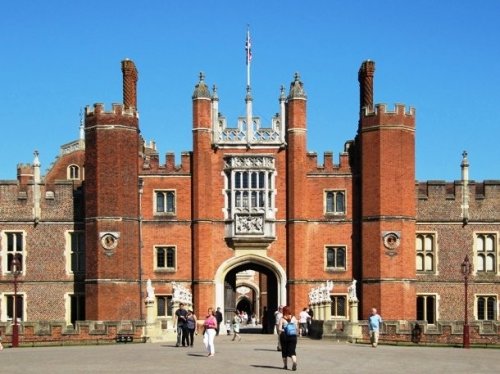 22. Hampton Court Palace, Richmond Upon Thames, United Kingdom One of the most significant palaces in Britain, Hampton Court has 1,000 rooms, 60 acres (nearly 24 ha) of English gardens and 750 acres (about 303.5 ha) of royal park. Originally erected as a royal palace, it is now open to the general public. Hampton Court has an area of 47,330 sq. 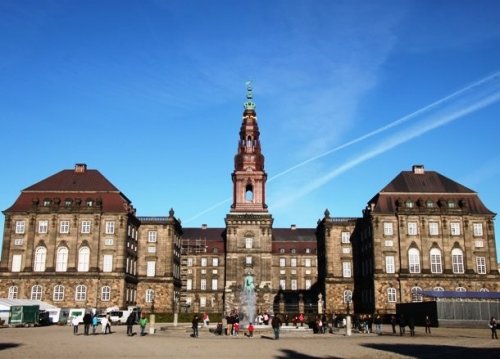 21. Christiansborg Palace, Copenhagen, Denmark Site of the Danish Parliament, the Prime Minister’s Office and the Supreme Court, Christiansborg Palace has more than 800 years of history as the center of state power as a royal palace and parliament. Completed in 1928, the palace covers 51,660 square meters. 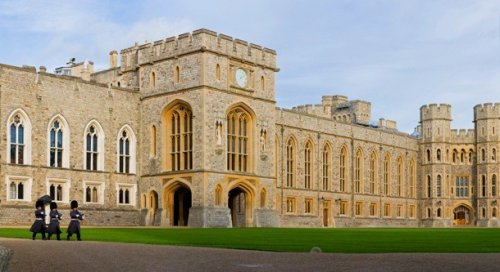 20. Windsor Castle, Windsor, United Kingdom Built as early as the 11th century after the Norman Conquest of England, Windsor Castle is the largest and oldest inhabited castle in the world and the longest occupied royal palace in Europe. An interesting combination of original Gothic elements and Victorian architectural design, the castle covers an area of 55,000 square meters. 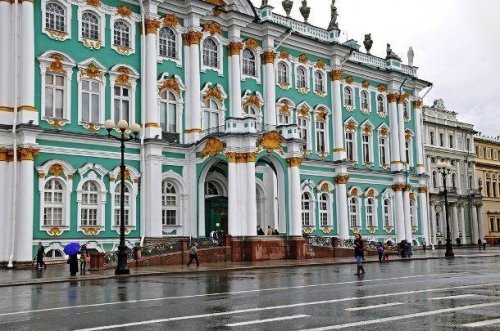 19. Winter Palace, St. Petersburg, Russia Located between the Palace Embankment and Palace Square in central St. Petersburg, the Winter Palace was the official residence of the Russian emperors from 1732 to 1917. Built on a monumental scale to reflect the might of tsarist Russia, the palace spans 60,000 square meters. 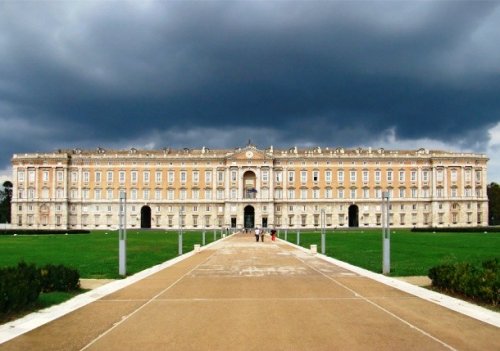 18. Royal Palace of Caserta, Caserta, Italy Located in Caserta, southern Italy, the Royal Palace was built for the Bourbons in the second half of the 18th century. Inscribed on the UNESCO World Heritage List in 1997, Caserta Royal Palace is the largest royal palace in the world by volume (2,000,000 cubic meters) and the 18th largest (61,000 square meters). 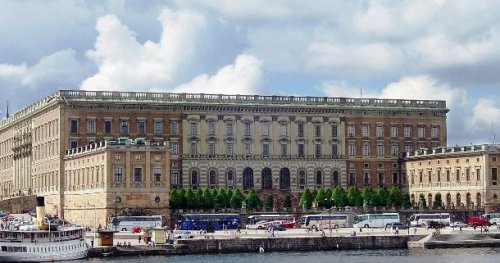 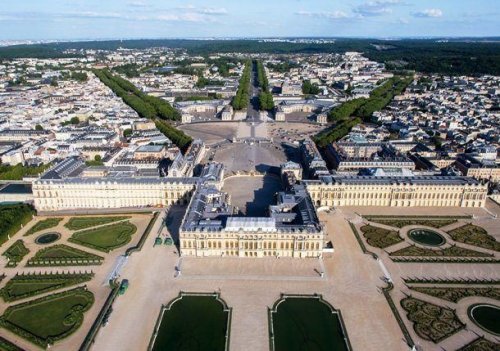 16. Palace of Versailles, Versailles, France Located 20 kilometers southwest of the central French capital, the Palace of Versailles was the seat of political power in France from 1682 to 1789 (until the royal family was forced to return to the capital after the outbreak of the French Revolution). Known as a symbol of the system of absolute monarchy, the palace covers 67,000 square meters. 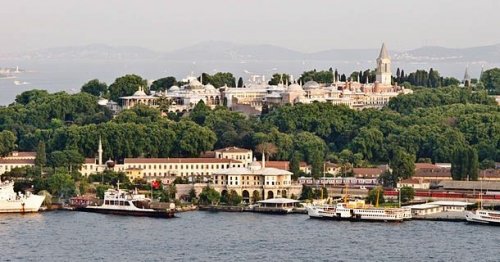 15. Topkapi Palace, Istanbul, Turkey Built in the 15th century, Topkapi Palace was one of the main residences of the Turkish sultans for almost 400 years. At its peak, the palace was home to 4,000 people. Today it serves as a museum and a major tourist attraction in Turkey. The palace has an area of 70,000 square meters.

READ
Monaco - a small but proud Principality of Monaco, in the south of Europe 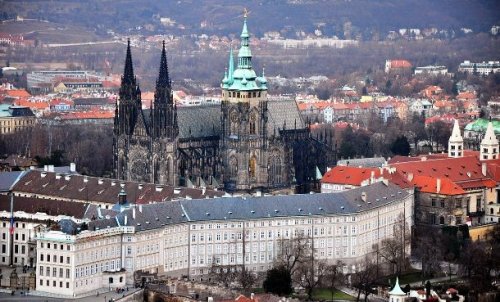 14. Prague Castle, Prague, Czech Republic Dating back to the 9th century, Prague Castle is one of the oldest and largest royal palaces in the world. It has been the seat of Bohemian kings, Holy Roman emperors and presidents of Czechoslovakia and the Czech Republic. Attracting 1.8 million tourists annually, the palace covers an area of 70,000 square meters. 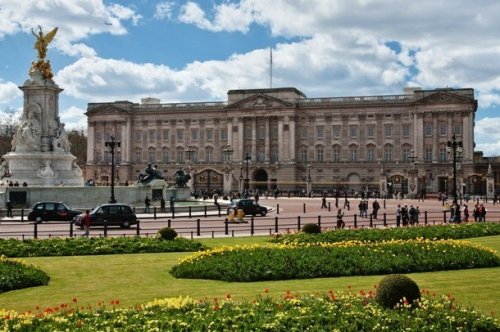 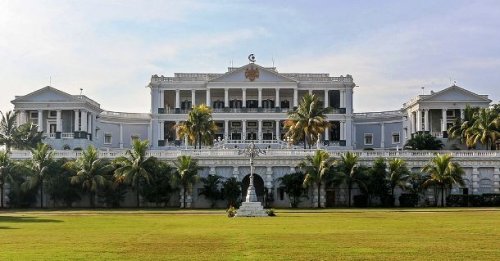 12. Falaknuma Palace, Hyderabad, India Meaning “like the sky” or “mirror of the sky,” Falaknuma is a large palace located in Hyderabad, the capital of the Indian state of Telangana. Completed in 1893, the palace is now used as a hotel. It covers an area of 94,000 square meters. 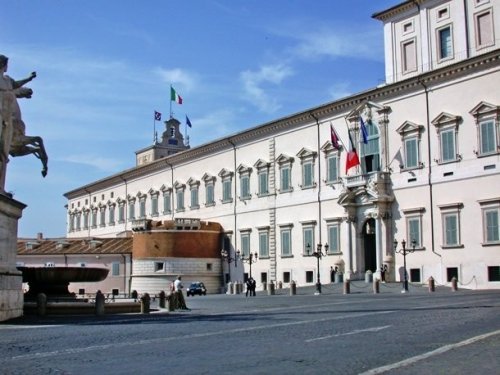 11. Quirinal Palace, Rome, Italy Located on the Quirinal Hill, the highest of Rome’s seven hills, the Quirinal Palace was once a papal palace and is now the official residence of the president of Italy. It was home to 30 popes, four kings of Italy and 12 presidents of Italy. With an area of 110,500 square meters, it is 20 times larger than the White House in Washington. 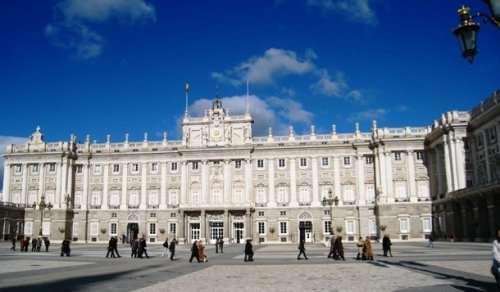 10. Royal Palace of Madrid, Madrid, Spain Completed in 1755, the Royal Palace of Madrid is the official residence of the Spanish royal family, but is used only for state ceremonies. With an incredible number of rooms – 3,148 – it is currently the largest functioning palace in Europe. Its area is 135,000 square meters. 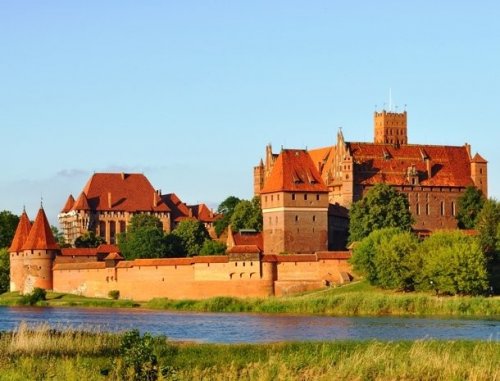 9. Malbork Castle, Poland Originally built as a fortress by the Teutonic Knights, a German religious order of crusaders, Malbork Castle served as one of several Polish royal residences. Today the castle hosts exhibitions and a museum. With an area of 143,000 square meters, it is the 9th largest palace in the world. 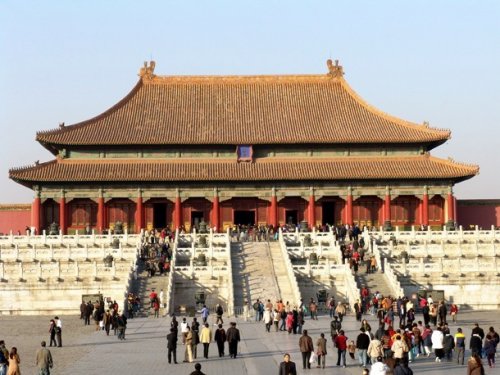 8. Forbidden City, Beijing, China The Forbidden City was a Chinese imperial palace from the Ming dynasty to the Qing dynasty (from 1420 to 1912). Located in the center of Beijing, it served as the home of the emperors and their households and as the ceremonial and political center of the Chinese government. It consists of 980 separate buildings and has a total area of 150,000 square meters. 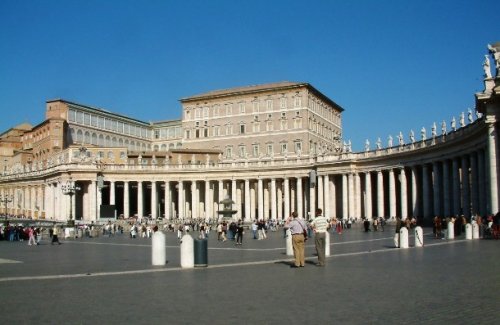 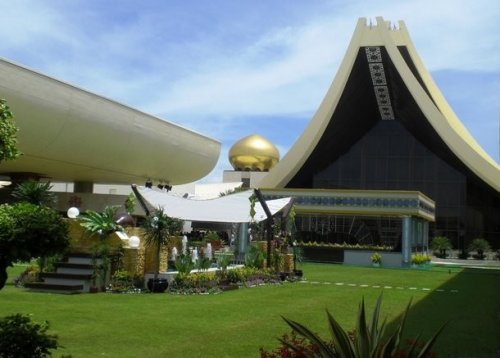 6. Istana Nurul Iman, Bandar Seri Begawan, Brunei Completed in 1984, the $1.5 billion palace is the official residence of the Sultan of Brunei and the seat of government of Brunei. Upon its completion, Istana Nurul Iman became the world’s largest residential palace ever built. It has an area of 200,000 square meters. 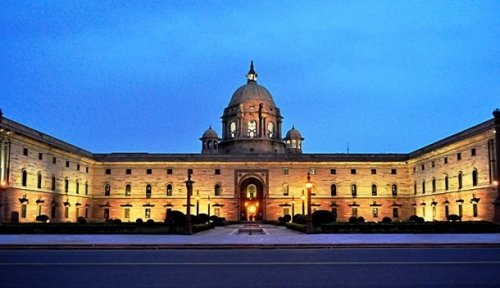 5. Rashtrapati Bhavan, New Delhi, India Formerly known as the residence of the Viceroy, Rashtrapati Bhavan is the official home of the President of India. Located at the western end of the ceremonial Rajpath in New Delhi, the palace has a total area of 200,000 square meters, making it the 5th largest palace in the world. 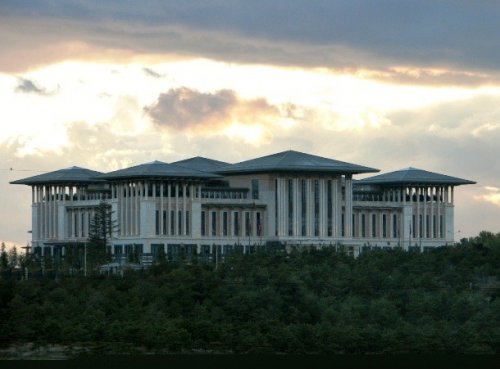 4. aksaray (Ak Saray), Ankara, Turkey Located in Ankara, Aksaray is the presidential palace of Turkey. It has at least 1,150 rooms, additional guest houses, a botanical garden, a park, a congress center, an operation headquarters with satellite and military communications systems as well as bunkers capable of withstanding biological, nuclear and chemical weapons. The palace has an area of 200,000 square meters. 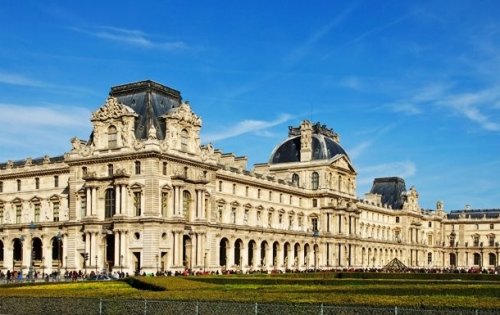 3: Louvre Palace, Paris, France Originally a fortress built during the medieval period, the Louvre became a royal palace in the 14th century under Charles V, and was occasionally used by kings of France as their main Parisian residence. Today much of the building is used as a museum. The palace covers an area of 210,000 square meters. 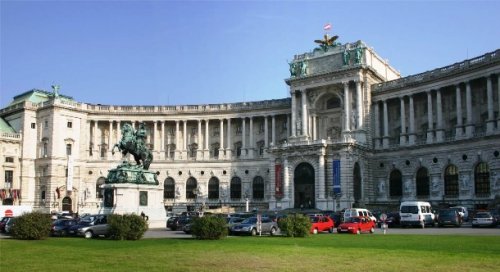 2. Hofburg Palace, Vienna, Austria Built in the 13th century and greatly expanded since then, the Hofburg is a former imperial palace that has housed some of the most influential people in European and Austrian history, including the monarchs of the Habsburg dynasty and the rulers of the Austro-Hungarian Empire. The palace has 2,600 rooms and covers 240,000 square meters. 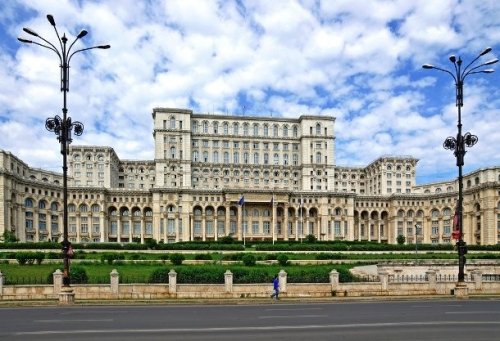 All palaces of the world

The palace is a monumental ceremonial building of outstanding architecture. Originally, palaces were exclusively the property of monarchs and the high nobility. Palaces experienced their greatest development from the beginning of the Renaissance, when they gradually supplanted castles.

Over time, the word palace came to be applied to the most important state buildings, and in the 19th century, to public buildings as well.

Exquisitely decorated halls of the Royal Palace of Naples (Palazzo Reale di Napoli) are able to impress even the most experienced travelers.

Hampton Court, the old royal residence in London, has classicist architecture and interiors which give full insight into the life of English monarchs of the 16th and 18th centuries.

Kew Palace is an unusual minimalist royal residence located in the botanical gardens of Kew, and a visit will give you an insight into the life of the English monarchs.

Yelagin Palace is the central attraction of the palace and park ensemble on Yelagin Island in St. Petersburg. Created under the direction of the architect C. Rossi.

The Rumyantsev Palace in Gomel is one of the most visited places in the country. An example of classicist architecture in the landscapes of an ancient park by the will of its owners became the keeper of unique museum collections.

The castle of Chenonceau is one of the oldest royal residences in France. It is famous for its luxurious apartments and fascinating history.

The Château of Chambord is an original monument of Renaissance architecture built by Francis I for hunting and recreation in the 16th century.

Herrenchiemsee is considered a perfect replica of the residence of French kings in Versailles. Luxurious interiors, unique works of art, and a picturesque park.

The Munich Residenz, a palace complex in the Bavarian capital, is one of the most important museums in Europe. What is worth seeing in the Wittelsbach Residence?

The magnificent Lichtenstein Palace-Museum, which combines two palaces, a city palace and a garden palace, is rightly the pride of Vienna.

It is worth at least once to see the Livadia Palace inside. Its halls are decorated in different styles, each owner sought to reconstruct the grounds to suit himself.

The palace at Anichsky Bridge is now the Palace of Young People’s Art and one of St. Petersburg’s main attractions. Its history began in 1741.

Photos of the Yusupov Palace in St. Petersburg can not convey all the real luxury and beauty of this residence of the Yusupov family. It was here that Rasputin was murdered.

Catherine the Great’s Palace in St. Petersburg is not only considered to be Russia’s greatest landmark, but also a significant part of the UNESCO World Heritage Site.

Where is Buckingham Palace? Tourists can only get inside the building, located across from Pall Mall, for two months of the year, when the Queen leaves.

In the XIV century there was a small stone fortress on the site of the present palace Menkemaborg, located in the village Uithuizen in the north of the province of Groningen.

The Lake Palace is an amazing creation of Indian architecture. It occupies the entire area of the island of Jag Niwas on Lake Pichola.