The Arena of Lutetia – the ancient amphitheater of Paris

The Arena of Lutetia, or as it is also called Paris Amphitheater, is a thousand year old monument of the Roman Empire. The Romans built it in the 1st century AD, and the French have managed to preserve it to this day. It is noteworthy that the amphitheater in this case is used for its intended purpose.

No building from the time of Roman expansion in Europe has been preserved as well as the Paris Amphitheater. Much of the credit goes to Napoleon, who was always concerned with the historical legacy of the country.

You can find the amphitheater between the Rue Montge and the Rue Linet in central Paris.

The Arènes de Lutèce is located between the metro stations Cardinal Lemoine, Jussieu and Place Monge.

What are the Arènes de Lutétia? 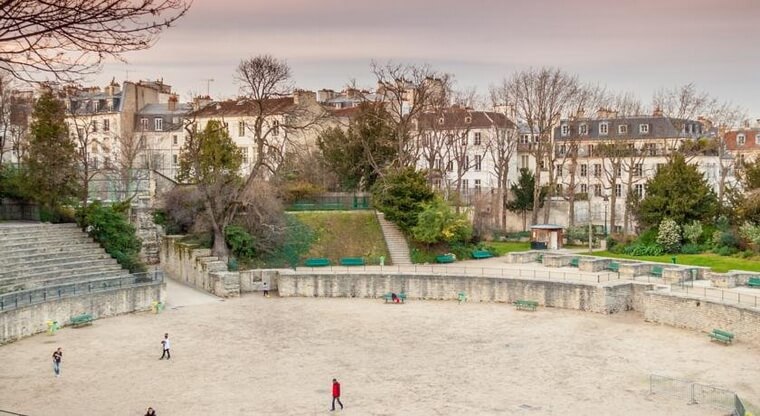 The amphitheater is built as an ellipse, measuring approximately 101 by 133 meters. The size of the arena itself is 53 by 47 meters.

On the upper tier of masonry there are still places for the fasteners of the tent that protected spectators from the sun and rain. In total in the amphitheater there are five galleries along the entire perimeter. There are quite a lot of aisles and stairs. 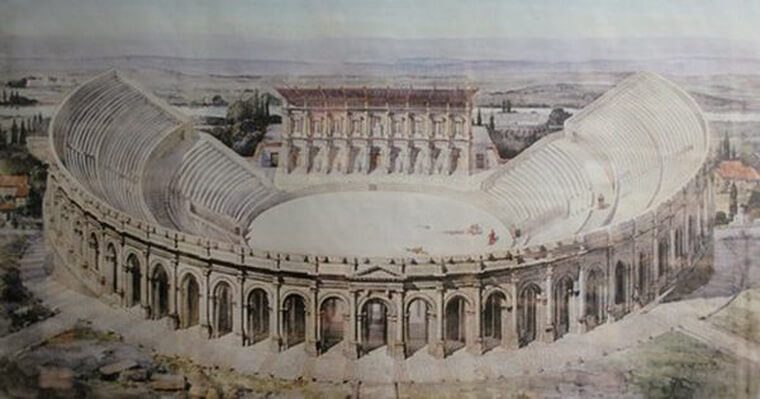 According to the calculations of historians, the Arena of Lutetia looked like this

The amphitheater is well-ventilated and has good passability for urgent evacuation of large numbers of people. According to various estimates, Lutetia Arena could hold from 15 to 17 thousand people. It should be noted that this is the original layout. And in our days only some changes were made. 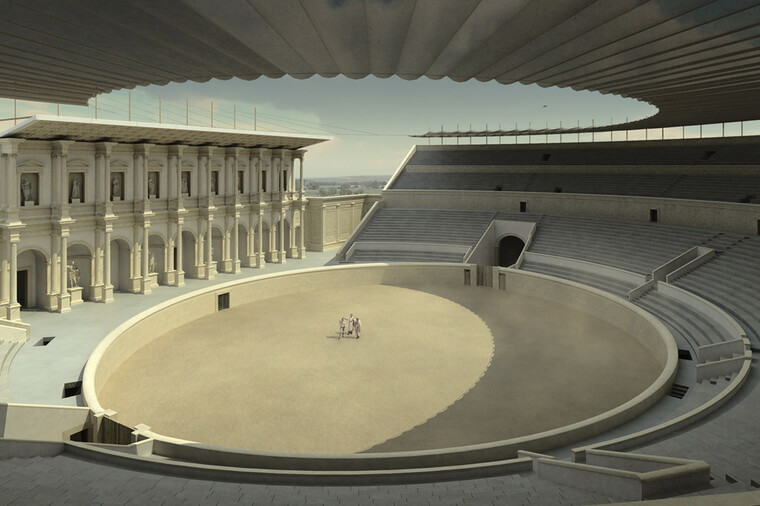 Once again, the reconstruction of this ancient structure shows its true size. According to scientists, the amphitheater had at least 34 tiers.

READ
Gölchtalbrücke viaduct - the biggest brick bridge in the world

All the features can be appreciated by looking at the amphitheater from the inside. The gallery of the first floor shows the powerful lintels on which the upper floors rested.

Five small rooms were found under the lower terraces. It is likely that some of them were used for housing the animals, which in turn were led directly from here to the arena. 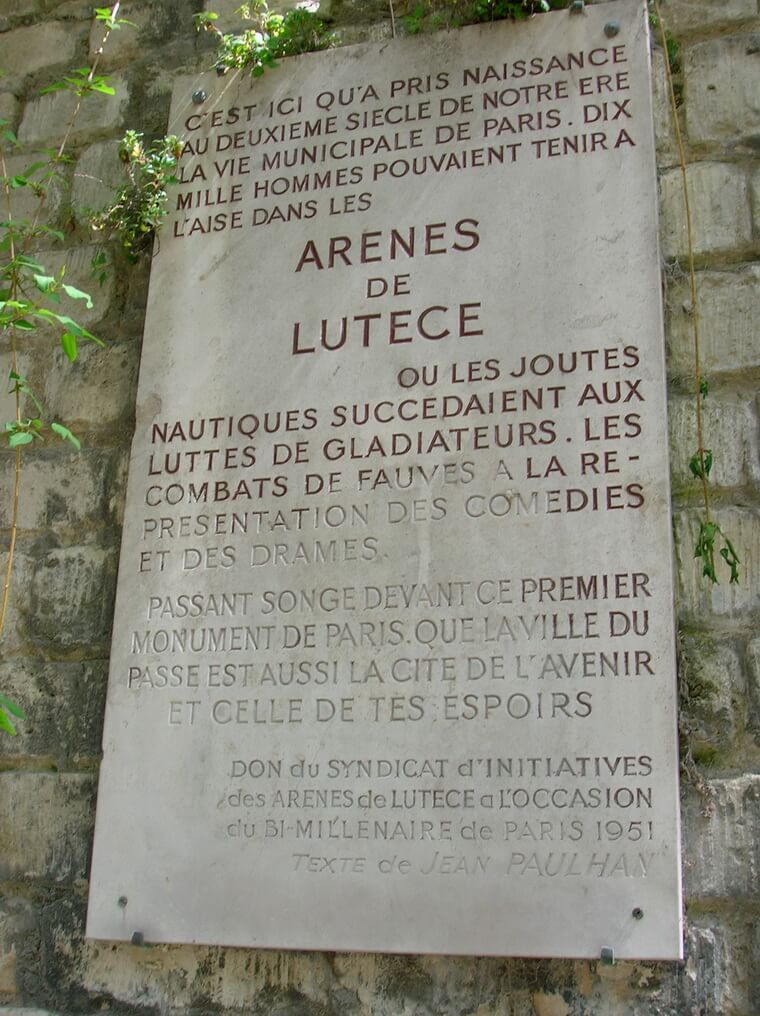 A tablet on the wall of the amphitheater appeared in 1951.

After the decline of the Roman Empire and the establishment of the French statehood the Paris Amphitheater was used as a fortress. In the Middle Ages there was a dire need for it. The local population hid here during the next invasion of the Normans.

Inside the Amphitheater was built the castle of the Viscounts of Nîmes and residences. There were also two small temples and even a water supply. However, all this was removed from the Amphitheater by order of Napoleon in 1809.

Originally the arena of the Paris Amphitheater was used for gladiatorial fights, then it became a place for bullfights. 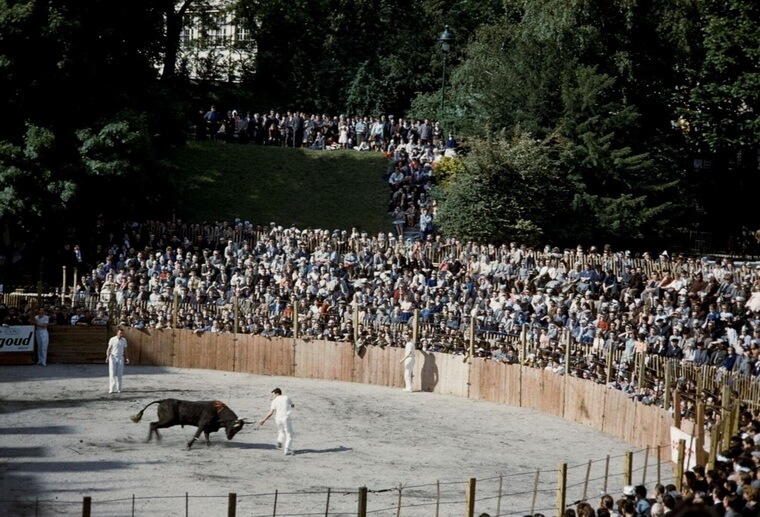 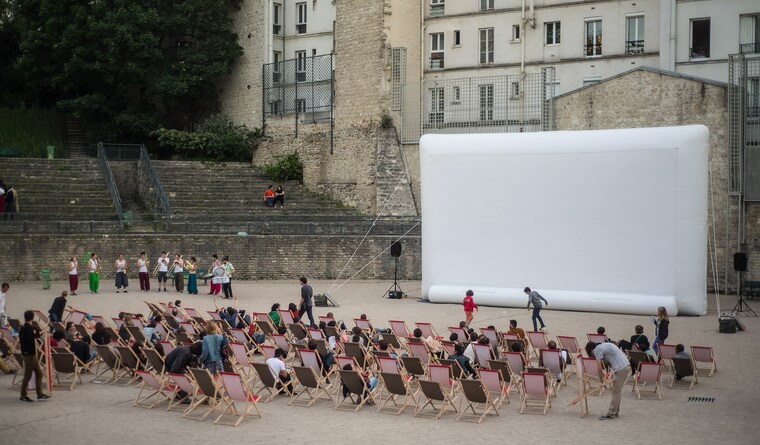 It is said that sometimes they even hold a bullfight. If you really want to see it, come to Paris after Trinity or in September. At that time the famous bullfighters perform here.

On ordinary days, arenas in Lutetia resemble a large area in the central city park, surrounded by trees and several ancient statues. 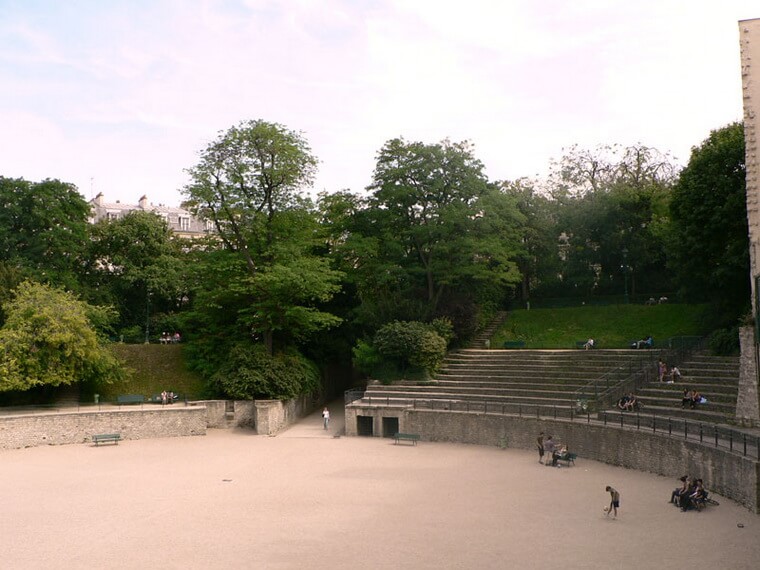 Children play soccer in the arena, while the adults sit quietly on the steps and enjoy life.

It is not often that one finds traces of ancient heritage in Paris, and one such place is the Arènes de Lutèce in the Rue de Monge in the Vth arrondissement.

READ
House between the rocks in France. Description, photos, coordinates.

The ruins of an ancient arena were discovered in the central districts of Paris quite by chance in the mid-nineteenth century. At that time, many areas of the city were undergoing an ambitious reconstruction, initiated by the Prefect of the Seine district, Baron Haussmann. The ancient masonry of the northern part of the arena was discovered by T. Vacquier during the construction of the omnibus depot in 1860-1869.

The devotees of antiquity were far from immediately able to defend this antiquity from final destruction. A part of it was destroyed soon after its discovery, but a new archaeological discovery was made during another construction in 1883-1885. Fragments of the southern part of the Gallo-Roman arena were excavated beneath the former convent on Rue de Monge. This time its preservation to the present day was greatly helped by an open letter of 1883 by W. Hugo and V. Durot, which stirred up the public and motivated the city council to decide to preserve the heritage of the past. The Lutetia Arena was listed as a historic monument in Paris, but the restoration of the site dragged on for many years. The main work was completed only after the end of the First World War in 1918.

The archaeological search and restoration of the ancient monument was supervised by L. Capitaine. The architect J. Formiges took part in the reconstruction of the lost elements of this popular entertainment place of the ancient Romans and Gauls. He was responsible for the rebuilding of part of the grandstands.

Peculiarities of the Parisian arena

Construction of the amphitheater dates back to the 1st century A.D. It was erected on the slopes of the Montagne-Saint-Genevieve Hill on the outskirts of Lutèce, from where a magnificent panorama of the valleys of the Seine and Bièvre rivers opened. For about two centuries, 17 thousand spectators on the days of festivals and celebrations could watch gladiatorial fights, fights with wild animals and theatrical performances from its tribunes. 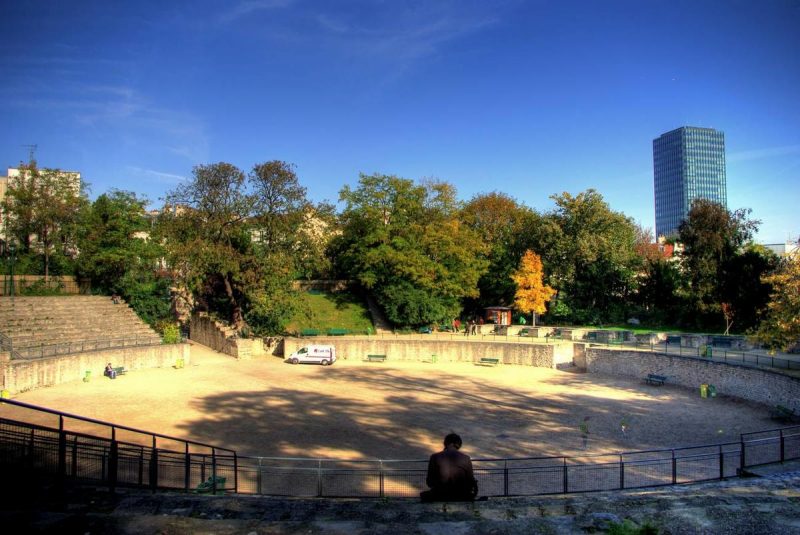 Originally the arena was an elongated ellipsoid 132 m long and 100 m wide. On one of its sides there was a small hill for performances and circus performances, of which today only a few pylons remind us. The 41 m wide gladiatorial area was 2.5 m lower than the first row of spectators and was surrounded by a parapet wall.

On the lower level there were nine niches for better acoustics. There were also five cages for keeping animals of prey. The first rows of grandstands were for noble spectators, while the upper rows were for commoners. With the decline of the magnificent Roman Empire and the arena of Lutetia fell into disrepair. In the fourth century the site was already one of the Christian cemeteries, and the invasion of the Huns nearly completed their destruction. Abandoned for many years, they became a kind of quarry from which stone was taken for new constructions. In the XII century, the stones from the masonry of the walls and grandstands of the arena were used to build the wall of Philip Augustus around Paris and, over time, a 20-meter hill grew over the former rally ground. The Paris amphitheater was mentioned in historical documents as early as the 16th century, but by the middle of the 19th century no one really knew where it was.

In today’s Paris, the ancient arena is the main attraction of a small park, laid out in 1896 and named after its chief explorer L. Capitaine. It is relatively rarely visited by foreign tourists and even relatively recently, in 1980, there was an attempt to destroy the historical and cultural monument for the construction of a new residential complex.

Fortunately this did not happen and the arena is still used for ornithological exhibitions and sports competitions by local soccer and petanque clubs. Every year in July the arena hosts an open-air jazz festival and the grandstands of the ancient edifice once again fill with spectators.