10 places with the lowest temperatures on Earth

The winter of 2020 was quite warm in Central Russia, so many residents longed for snow. But once the thermometer reads barely above -20 degrees, it seems impossible to live in such temperatures.

On such days, thoughts of a hot summer, the sun and palm trees come to mind. But there are places in the world where it is much colder, that even to imagine such values is difficult for the average man.

We offer you a rating of 10 record-breaking cities on Earth, where the lowest temperatures have been recorded in the history of observation. 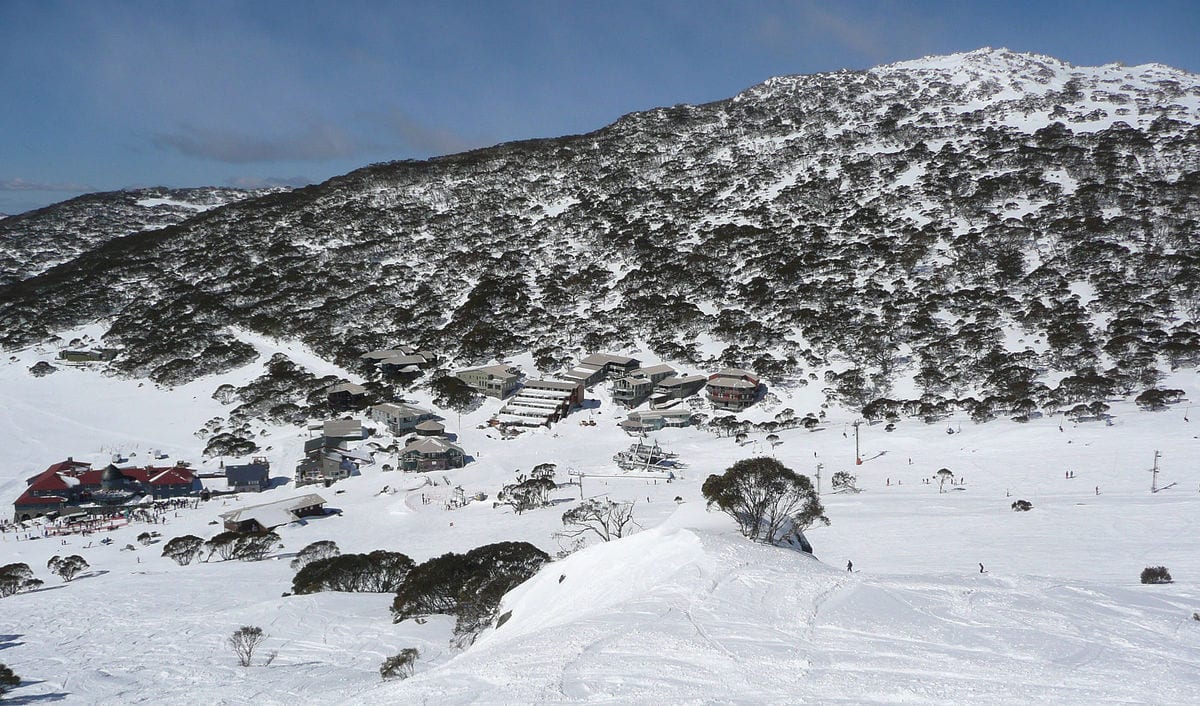 As strange as it may seem to Central Australians, the hottest time in Australia is January and the coldest time is summer. On June 29, 1994, the Charlotte Pass recorded the lowest air temperature in Australia -23 ° C.

This mountain pass is located in the Snowy Mountains in the state of New South Wales and has an altitude of about 1755 meters above sea level. However, this place is known to many fans of winter sports, because there is a well-known ski resort and village with the same name.

The pass and the village of the same name were named after the first woman from Europe who in 1881 managed to climb Kosciuszko mountain – Charlotte Adams. 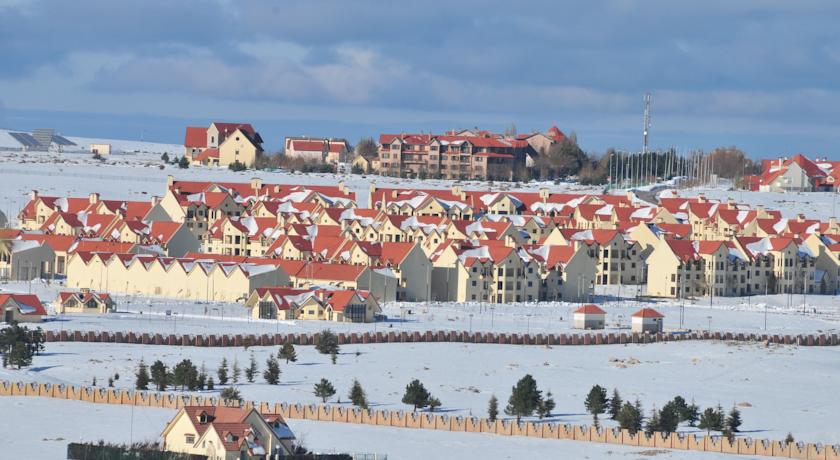 The population of this city now barely exceeds 14 thousand people. Is a ski resort, which bears the name of Michlifen, as the city of Ifrane is located at an altitude of about 1635 meters above sea level. This is the place where the lowest temperature in all of Africa was recorded – almost – 24 ° C.

However, such figures are only the exception to the rule. Often the temperature during the winter time does not exceed 0 ° C. Interestingly, from January to March it often gets a lot of snow.

Outwardly, the ski resort resembles the Alps in Switzerland, so the tourists got the name Ifrane – “Moroccan Switzerland.

Ranferley is a town in the central region of Otago, located on a plain about 430 meters above sea level. The town specializes in serving the local farming community.

Renferly has a predominantly oceanic climate, so there are very high seasonal and diurnal temperature variations. On July 18, 1903, the lowest temperature ever recorded in New Zealand was -25.6 ° C in this town at a time when the average winter temperature ranges from -5 ° C to +7 ° C.

As noted, in 1903 the islands were enveloped by a harsh winter that brought a large amount of frost. 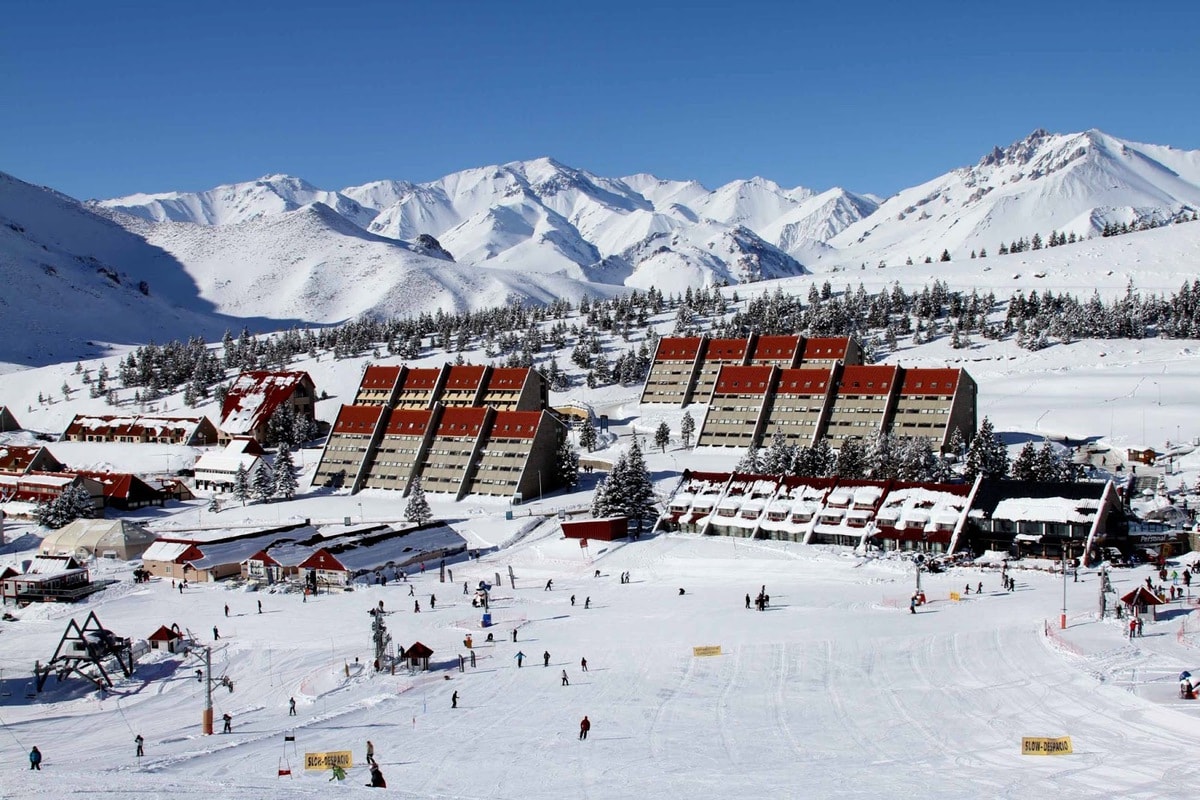 The Río de los Patos is a river located in Argentina and flows near Calingastat and southwest in the province of San Juan. A dry summer continental climate prevails in this area.

It was at Valle de los Patos Superior on July 17, 1972 that the lowest temperature ever recorded in South and Latin America was -39 ° C with average daily temperatures ranging from -3 ° C to -5 ° C.

It is worth noting that these readings were taken at an altitude of about 2,880 meters above sea level, which is quite a high altitude. 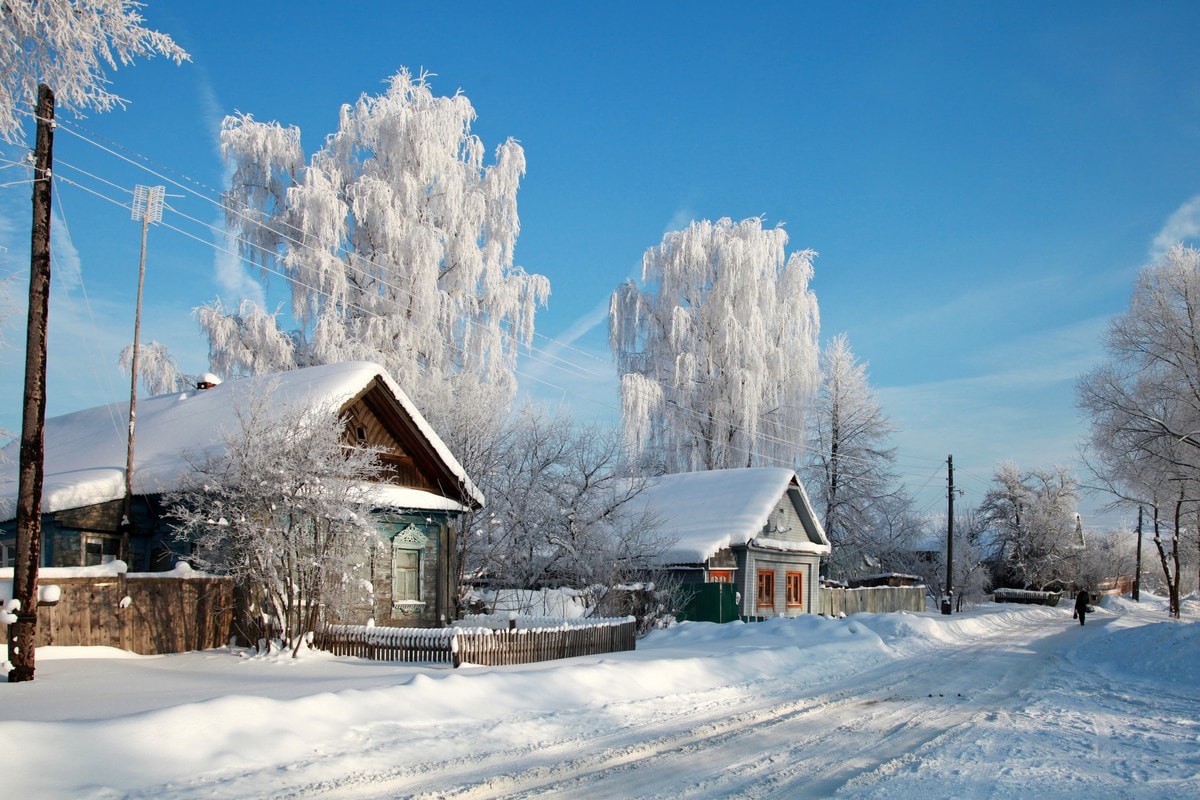 Ust’-Shuger is a small village of 27 people located in the east of the Komi Republic, where the Shchugor and Pechora rivers meet. Located only 75 meters above sea level. The settlement is called “the coldest place in Europe and the Eastern European Plain” not for nothing. On New Year’s Eve, December 31, 1978 at the weather station of the Kara Sea was recorded the lowest temperature -58.1 ° C.

READ
What is America's largest lake and where is it located 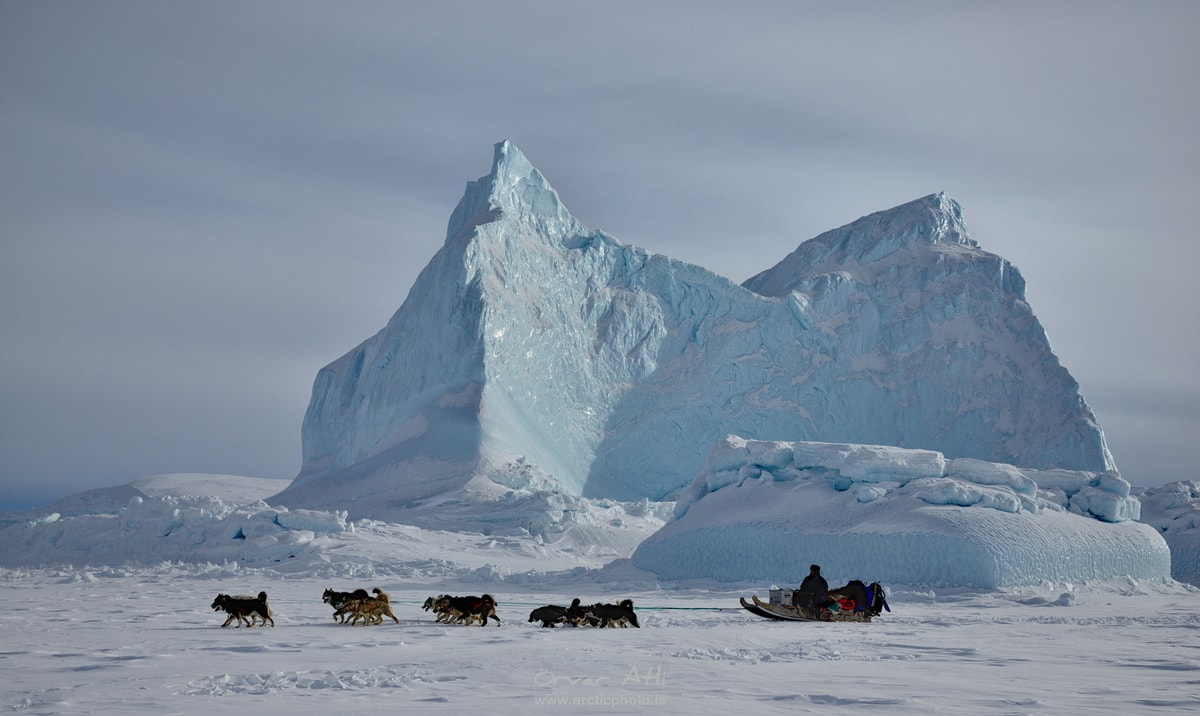 North Ice is an old polar research station that was used during the British North Greenland Expedition from 1952 to 1954.

North Ice is located on the Greenland Ice Sheet, which occupies almost the entire area of Greenland Island. The height of the location is 2345 meters above sea level. The thickness of the ice of this large block varies from 1.5 to 3 kilometers

While there, the expeditionists recorded the lowest temperature in North America – -66.1 ° C on January 9, 1954. 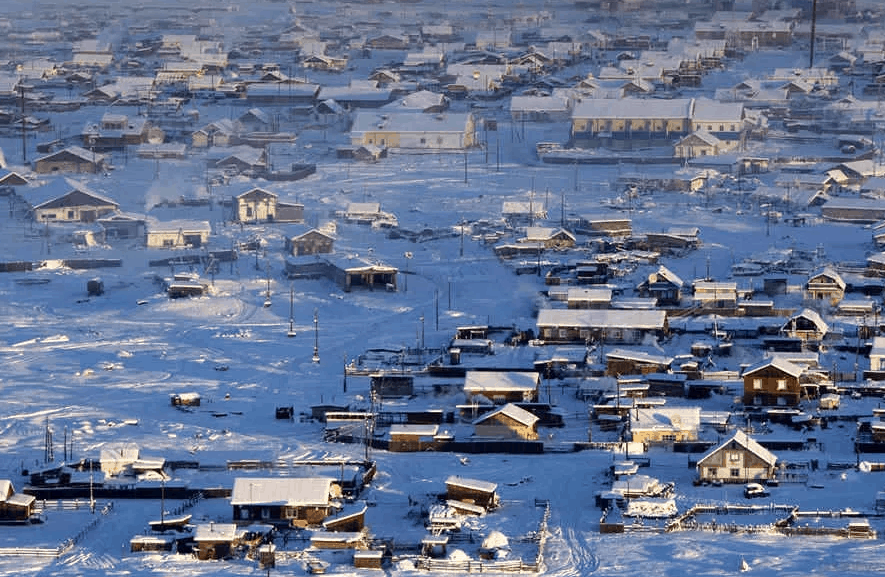 Verkhoyansk is a town located in the very north of the Republic of Sakha (Yakutia). At the time of the 2018 census, the city’s population reached 1,122. Verkhoyansk is one of the smallest settlements with official city status.

Verkhoyansk is the town with the largest difference between the minimum and maximum temperatures. In 2005 in this village was even opened a memorial in connection with 120-years anniversary (since 1885) of record of the minimal temperature in Northern hemisphere. 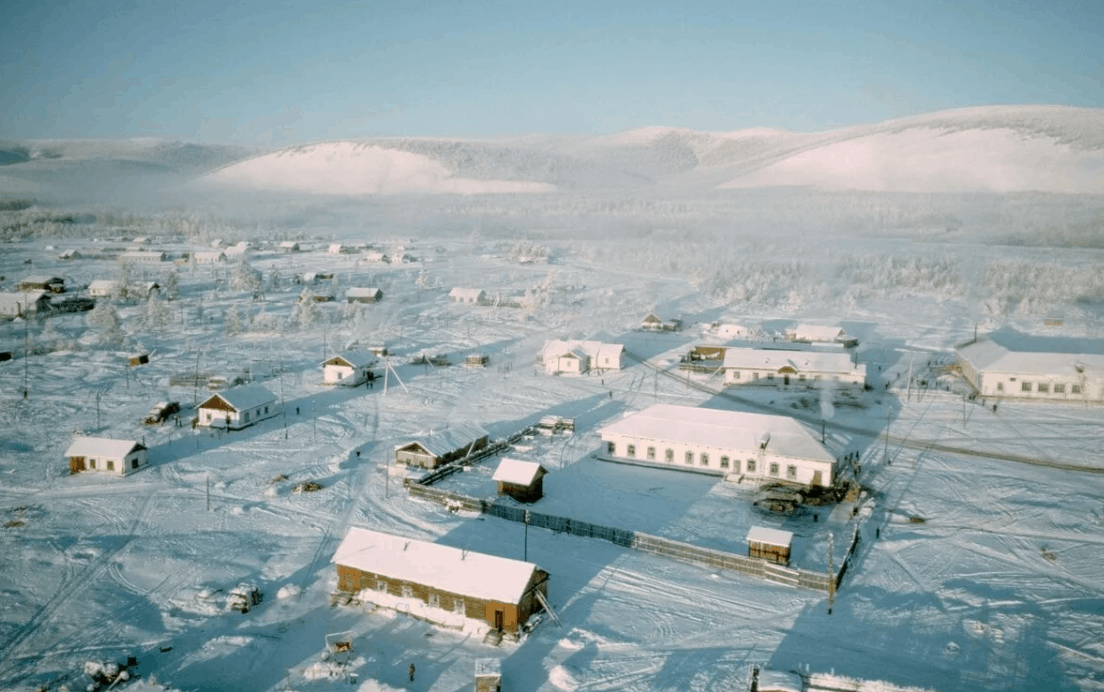 Oymyakon is another Russian settlement competing with Verkhoyanskoye for the title of “Cold Pole of the Northern Hemisphere”. The village is located in the Republic of Sakha (Yakutia) at an altitude of 741 meters above sea level.

Due to some factors, Oymyakonskaya valley is the harshest place where permanent population can live. However, a little less than 1,000 people are recorded living there every year.

On February 6, 1933, the lowest temperature in the Northern Hemisphere was recorded in this village, which is -67.7 ° C. However, in 1926 in one of his diaries geologist S.V. Obruchev recorded that in the village Oymyakon recorded the temperature -71.2 ° C, near the Chersky Ridge. But because this information has not been confirmed by documents, it can not be officially accepted as true. 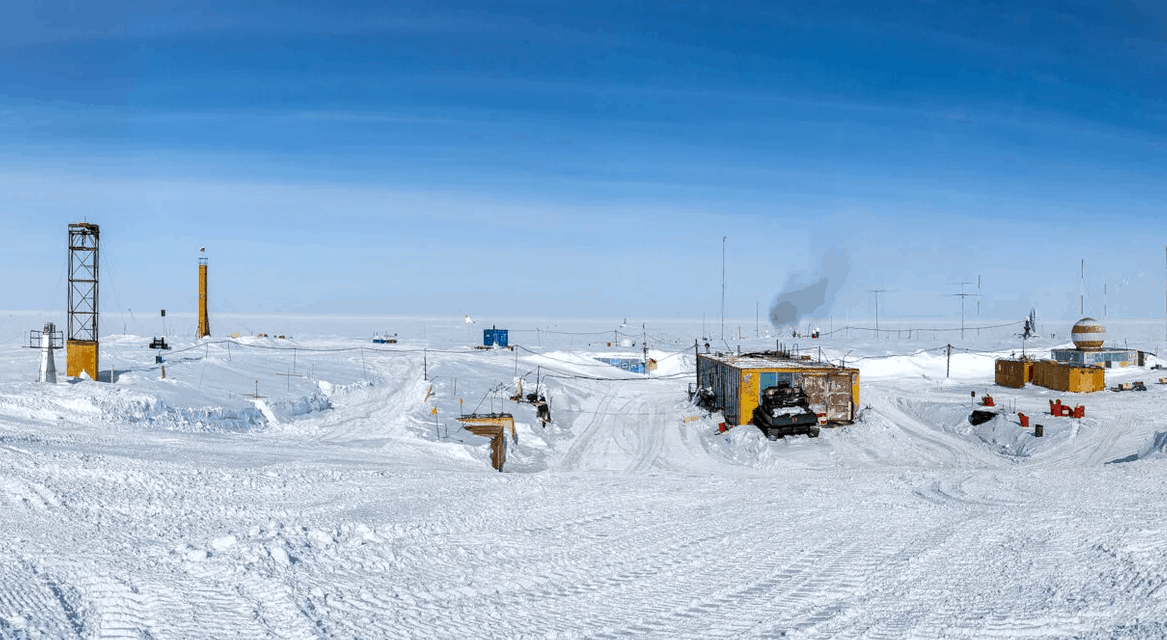 Vostok is a Russian Arctic station, founded on December 16, 1957 and located at an altitude of 3,488 meters above sea level. The ice below the station is about 3, 700 km thick.

Climatic conditions in the area can be called one of the toughest on Earth. During the whole year there are the most severe frosts. July 21, 1983 at the station it was recorded the lowest temperature on the planet of all meteorological stations of the 20th century -89.2 ° C. The station’s highest temperature is -13.6 °C from December 16, 1957.

Because of the high altitude, there is a sharp shortage of oxygen, and because of the low temperature, the pressure drops more and more with each meter. 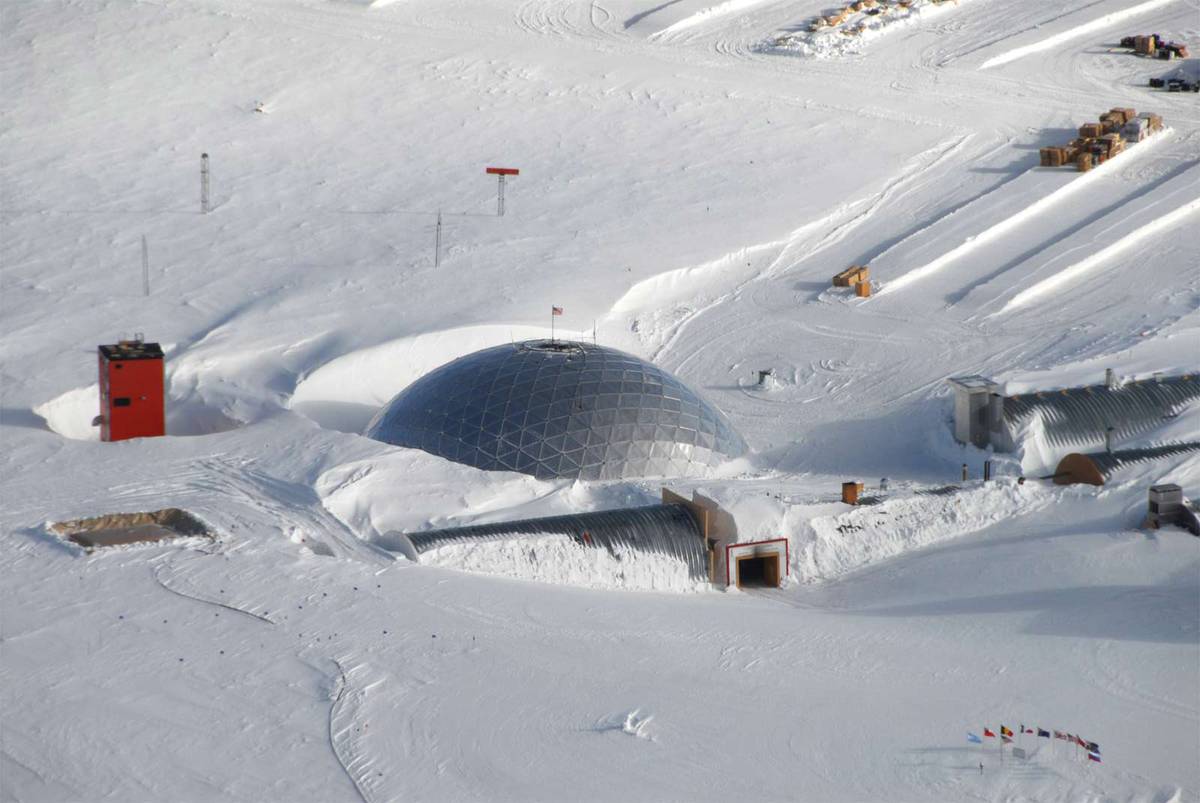 Fuji Dome is a Japanese Antarctic station located atop an ice sheet. At 3,810 meters above sea level, it is the second highest point in the East Antarctic Ice Sheet.

Because of its location on the Antarctic Plateau and its high altitude, temperatures at the station are always very low. In summer the thermometer will rarely show a figure higher than -30°С.

On August 3, 2004, the lowest temperature on the entire planet Earth was set at this point -91.2 °C. However, it was not reported until December 8, 2013. But this data cannot be considered completely reliable, as the measurements were made on the basis of satellite monitoring of brightness temperature, where the accuracy is not revealed for sure.

Scientists recorded the lowest temperature on the planet in Antarctica 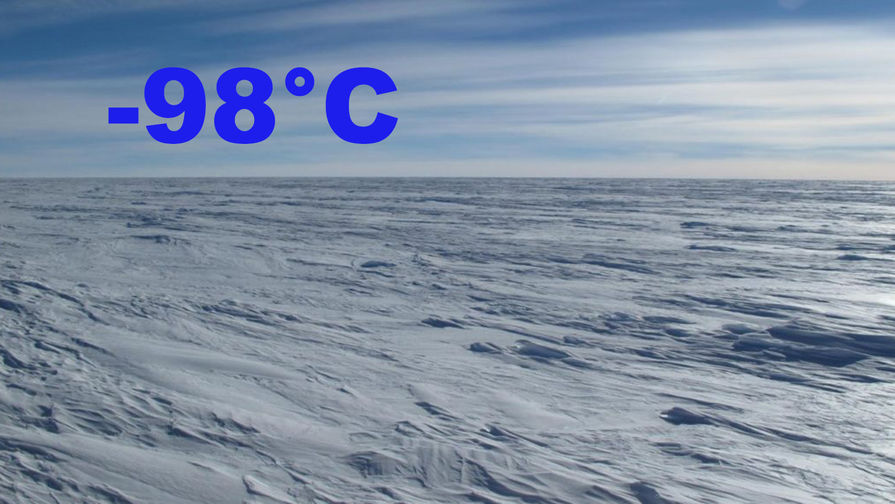 The lowest temperature on Earth is -98°C, scientists have found. A new temperature record was recorded in the north of Antarctica. According to researchers, the temperature may fall even lower if the conditions are right for it.

Despite the fact that mankind has explored the Earth up and down, scientists continue to make discoveries that make them rewrite textbooks. And American researchers at the University of Colorado at Boulder have done their part.

READ
What is the largest sea in the world: the Sargasso Sea

They found that temperatures in Antarctica can drop to nearly -100°C.

About the discovery of a new temperature record they told in an article in the journal Geophysical Research Letters .

Previously, the lowest recorded temperature in Antarctica was -93°C, this data was obtained in 2013. The new record, like the previous one, was set in the eastern part of the continent. Researchers discovered it by studying the indicators of satellites recording temperature changes in Antarctica, and comparing the results with data from ground meteorological stations.

Now the lowest temperature on Earth is officially -98°C. The temperature record was set on July 31, 2010.

“I’ve never been in this cold and hopefully never will be,” shares Doyle Rice, one of the researchers. –

They say every breath there is painful and you have to be extremely careful not to freeze your throat and lungs off while breathing. It’s much colder than in Siberia or Alaska.”

“This is the kind of temperature you can feel at the poles of Mars on a clear summer day,” compares Ted Scambos, lead author of the study.

Temperatures drop so low in ice “pockets” up to three meters deep.

Scientists used data from NASA’s Terra and Aqua satellites, as well as measurements from U.S. National Oceanic and Atmospheric Administration satellites from 2004-2016. The largest temperature variations were found to occur in the Southern Hemisphere on nights in June-August. Temperatures below -90°C are recorded there regularly.

Researchers also identified conditions conducive to temperature lows: clear skies, a light breeze and extremely dry air. Even the minimal amount of water vapor in the air contributes to its warming, though not much.

“In this area, the air is very dry at certain times, and this allows the snow to give off heat more easily,” Scambos explains.

The temperature record was recorded at several points hundreds of kilometers apart at once. That got the researchers thinking – is there even a limit to the cooling?

“It all depends on how long conditions persist that allow the air to cool and how much water vapor is in the atmosphere,” Scambos believes.

Extremely dry and cold air sinks into ice pockets and gets colder and colder until weather conditions change. According to researchers, the temperature could drop even lower, it would just take a lot of very clear and dry days in a row to do so.

If this record can be broken, it is clearly not soon, say the authors of the work. Increasing levels of carbon dioxide in the atmosphere and the resulting increase in the amount of water vapor are not at all conducive to the conditions necessary for this.

“Observations of the processes on which low air and Earth surface temperatures depend show that we will record extremely low temperatures less frequently in the future,” the researchers write.

The researchers note that the data obtained are readings recorded remotely. The lowest temperature recorded at the ground meteorological station was -89.2°C. It was recorded on July 21, 1983, at the Soviet Antarctic Vostok station.

Because the current data was obtained from satellites rather than directly, some researchers refuse to acknowledge its significance.

In the U.S., the lowest temperature was recorded in Alaska in the settlement of Prospect Creek. The temperature record, set on January 23, 1971, was -80°C.