At the end of the 15th century, the Congo Delta was a major trading center. This is the period when the people of the Congo Delta first came into contact with Europeans. Leopold II of Belgium acquired rights to the territory of the Congo (Zaire region) at the Berlin Conference in 1885 and made the land his private property and named it the Free State of the Congo. In 1908 it was taken over by the Belgian government, and was then called the Belgian Congo. On June 30, 1960, it gained independence under the name Democratic Republic of Congo.

In the 1880s, the French made the Middle Congo (present-day Congo) their colony and named Brazzaville their capital. On August 15, 1960, it gained independence and chose the name “Republic of Congo.”

Map of Africa. The DRC is roughly in the center and the Republic of Congo in the west.

The CD has the Democratic Republic of Congo to the southeast, Gabon to the west, Cameroon, and the Central African Republic to the north. It has a short Atlantic Ocean coastline.

The Democratic Republic of Congo is divided into 10 provinces and one city. The city is Kinshasa, and its provinces are Lower Congo, Equatorial, Kasai Occidental, Kasai Oriental, Katanga, Maniema, North Kivu, East Kivu and South Kivu.

The Republic of Congo is divided into 12 departments. These are Bouenza, Cuvette, Cuvette-Ouest, Kouilou, Lékoumou, Brazzaville, Likouala, Niari, Plateaux, Pool, Sangha, and Pointe Noire. The departments are divided into communes and/or districts.

The Democratic Republic of Congo was formerly known (in chronological order) as the Free State of Congo, Belgian Congo, Congo-Leopoldville, Congo-Kinshasa, and Zaire (in French Zaire). These former names are sometimes mentioned as unofficial names, except for the discredited Mobutu Zaire, together with various acronyms, e.g., Congo, Congo-Kinshasa, DR Congo and DRC.

It is the second (after Algeria) by area and the fourth (after Nigeria, Ethiopia, and Egypt) by population in Africa. It is a member of the UN, African Union, Southern African Development Community, and the international organization ACP.

The Congo’s earliest inhabitants were Pygmies. In the II millennium BC the land cultivating Bantu tribes began to migrate from the north and brought with them agriculture, metallurgy and the first state formations. The most important among them was the Congo, which emerged around the 14th century and which also covered the north of Angola. The rulers of this state had the title of Mani Kongi and the capital was the city of Mbanza Kongo (San Salvador). In the late 15th century the Portuguese arrived at the mouth of the Congo River. The main income of the Congo was the slave trade with European countries, especially Portugal. Congolese slaves were used in the plantations of America. In 1876 the Belgians entered the country. In 1908 the country became a Belgian colony.

In 1959 the National Congo Movement headed by Patrice Lumumba won the elections for the local parliament and on June 30, 1960 the country gained independence under the name of the Republic of Congo. On October 27, 1971 it was renamed Zaire. After the overthrow of Mobutu dictatorship in 1997, the country took its present name.

It has diplomatic relations with the Russian Federation, which were established with the USSR on July 7, 1960.

Fauna is widely represented: elephants, lions, leopards, chimpanzees, gorillas, giraffes, okapi, zebras and wolves. Crocodiles and hippos abound in the rivers, and African buffalo, antelope, and other herbivorous ungulates abound in the savanna. There are also many different snakes, of which the mamba (one of the most venomous snakes in the world) stands out. Among the birds: flamingo, pelican, parrot, heron, nectarine, African spurge lapwing. A large number of insects, including the malaria mosquito and the tsetse fly, which carries sleeping sickness.

READ
Guinea-Bissau is a state in West Africa, the capital Bissau

The head of state is the president, elected for a 5-year term (a second consecutive term is possible).

The president appoints the prime minister on the proposal of the party with the most seats in parliament.

The party of President Joseph Kabila’s (Parti du Peuple pour la Restructuration et la Démocratie, PPRD) has the most seats (111 out of 500) in the National Assembly at the moment (after the July 30, 2006 elections). In total 69 political parties are represented in the Assembly, as well as several dozens of non-partisan deputies.

The Presidential Party has 22 seats in the Senate (after the January 19, 2007 elections), seven parties have 14 to two seats, eighteen parties have one seat each, and 26 non-partisans.

The Democratic Republic of Congo is divided into 26 provinces according to the Constitution of 2005. This administrative division of the country came into force in February 2009. Previously, the country had 11 provinces: 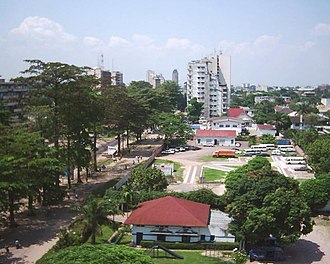 After the end of civil wars, the country’s economic situation began to improve in 2002. The DRC authorities have resumed relations with international financial institutions and aid donor countries. Recovery in the mining sector, the main source of export earnings, led to an increase in GDP in 2006-08. Since late 2008, however, falling demand and prices for the DRC’s key export commodities have brought the economy to a new standstill.

Life expectancy – 53 years for men and 57 years for women.

Ethnicity: more than 200 peoples and ethnic groups, mainly Bantu; the four largest peoples are Mongo, Luba, Congo, and Mangbetu-Azande, together comprising 45% of the population.

In addition to the army, divided into 18 brigades of 3,500 soldiers each, the DR Congo has a 10,000-strong corps of Republican Guards.

¹ Western Sahara, according to UN documents, is a non-decolonized territory. The Sahrawi ADR, proclaimed on its territory, is a member of the African Union. Much of the territory is occupied by Morocco.

See what “Democratic Republic of Congo” is in other dictionaries:

Democratic Republic of Congo – (DRC), or Congo Kinshasa, a state in Central Africa. From October 1971 to May 1997, it was called the Republic of Zaire, from 1908 to 1960 the Belgian Congo (a colony of Belgium), from 1885 to 1908 the Independent State of the Congo (a personal possession of the Belgian king … Geographical Encyclopedia

DEMOCRATIC REPUBLIC OF THE CONGO – or Congo Kinshasa, a state in Central Africa. From October 1971 to May 1997 it was called the Republic of Zaire, in 1908 1960 Belgian Congo (a colony of Belgium), in 1885 1908 Independent State of the Congo (personal possession of King Leopold of Belgium… …. Encyclopedia Collierre