The enchanted river of the island of Mindanao. Philippines

The Philippine archipelago consists of about 7100 islands, and each one is beautiful and unique in its own way. In addition to the lush tropical jungle, there are sights that are hard to believe exist.

One such magical place is located on the island of Mindanao (it is the second largest island of the archipelago). In its eastern part, near the town of Hinatuan, not far from the coast of the Philippine Sea begins a small but incredibly beautiful river. Not even a river, but rather a large stream. Its length is not more than 270 meters and width is not more than 10 meters. The name of this stream is Enchanted River, which means Enchanted River. Sometimes it is called the Enchanted River or the Magic River. 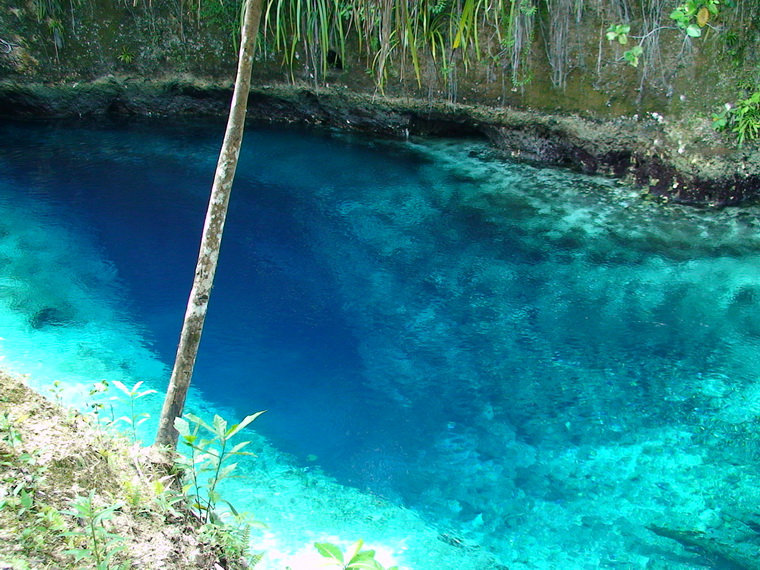 The Enchanted River of Mindanao

Enchanted River on a map

The main attraction of this place is the direct source of the Enchanted River. The source is a deep cave from which the river flows. It turns out that the river originates right out of the ground. It is the source of the river and attracts tourists, locals and divers here. 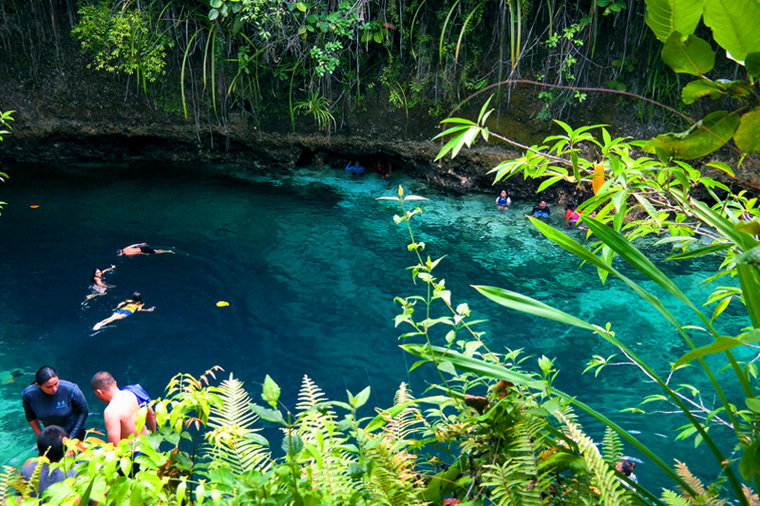 The source of the Enchanted River

Looking at the photos of the Enchanted River, you will say “Photoshop”, and you will be completely wrong, because it is unreal even for him. Only nature can do it, and its masterpieces are extremely difficult to repeat, impossible to surpass (sorry, the advertising slogan was just right). 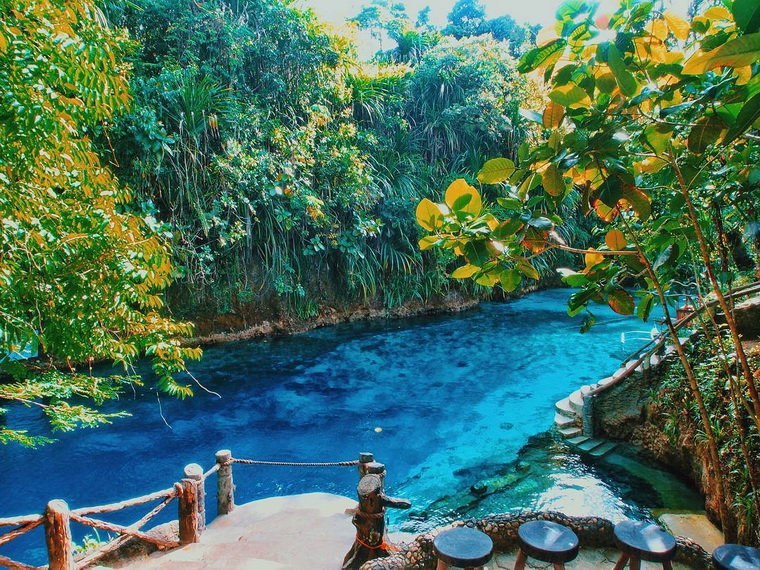 The world first learned about the Enchanted River from Modesto Farolan, who dedicated a poem to it, “Rio Encantado. In it, he described the insane beauty and unfathomable splendor of the place. The inexpressible crystal clarity of the water and its unique colors can enchant absolutely anyone. 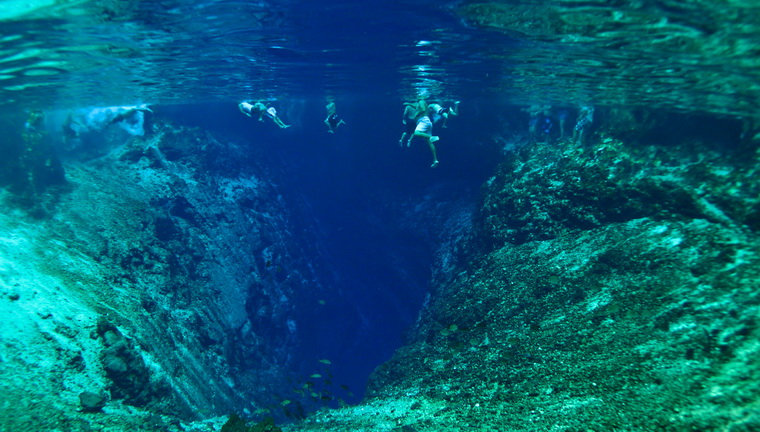 Legends of the Enchanted River

The unusual colors of the river and unexplored depths gave rise to many myths and legends.

One tells of fairies who added the colors of sapphire and jade to the river to make its unique hue.

Local fishermen say they see fish in the river that cannot be caught by any known method.

Residents of the surrounding area claim that the river is enchanted by the Encanthus, who live in it and guard it. Encantas (originally engkanto) are mythical natural spirits who, have the ability to manifest in human form. They are often associated with ancestral spirits in the Philippines.

Of particular interest to scientists is the deep cave at the beginning of the river.

The first research in it was done by Alexander Santos in 1999. Large-scale exploration of the underground cave system began only 11 years later, when a group of three divers, led by Dr. Alfonso Amores, dived into the cave in February 2010. The divers discovered another hidden cave at a depth of 30 meters.

This video shows the February 2010 dive

Several dives were conducted. During the sixth expedition to the depths of the Enchanted River, on June 17, 2014, Dr. Amores died due to cardiac arrest at a depth of 40 meters. In March 2015, the research continued. Divers managed to reach a depth of 82 meters.

Presumably the Enchanted River has an underground source from aquifers in the local region, which collect water from the abundant rainfall of this climatic belt. 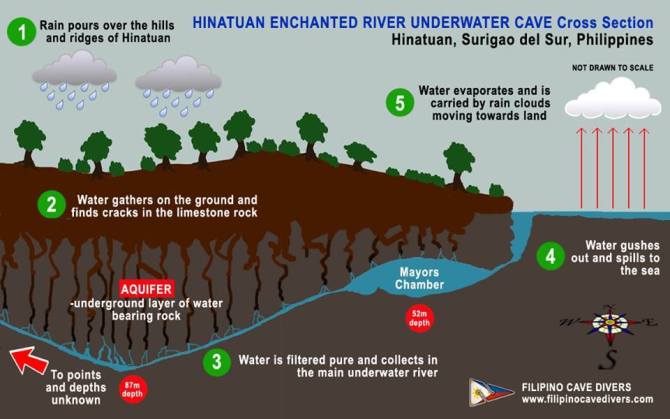 Sample diagram of the structure of the Enchanted River

The Enchanted River for tourists

The river attracts tourists and locals as one of nature’s incredible creations. You can swim here and rent a life jacket.

At noon, by ringing a bell, everyone is asked to get out of the water. The bell signals the time for feeding the fish in the river. It happens once a day. During feeding time, colorful fish come to the surface. They are so used to feeding that it even creates some problems. In particular, the amount of green algae increases, as the fish prefer to feed practically from human hands and are squeamish about their traditional food. Researchers suggest eliminating the practice of artificial feeding altogether. 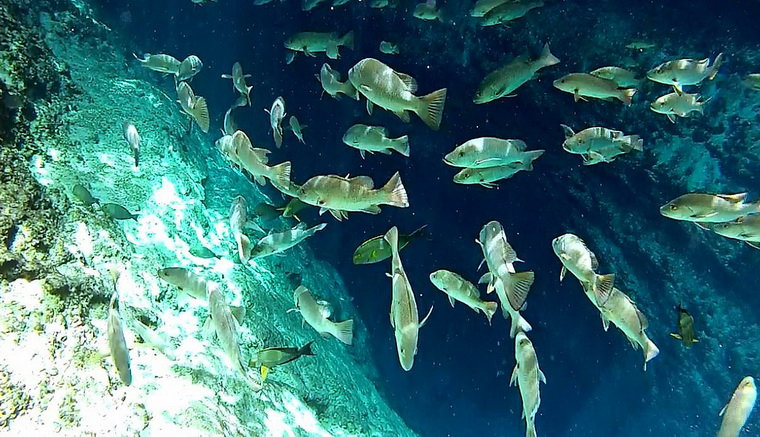 Fish in the Enchanted River

Access to the Enchanted River is paid (30 pesos per person) and closes at 5:00 pm. Night swimming is strictly prohibited. If you go down the river a bit, you will come to the boat dock, where you can rent a boat for 150 pesos per hour. On it you can easily tour the nearby beaches and islands. Hinatuan Bay, into which the Enchanted River flows, is the habitat of several species of turtles.

The Enchanted River easily rivals the famous transparent Verzasca River in Switzerland. And the singularity of its source can cause associations with a portal to other worlds. 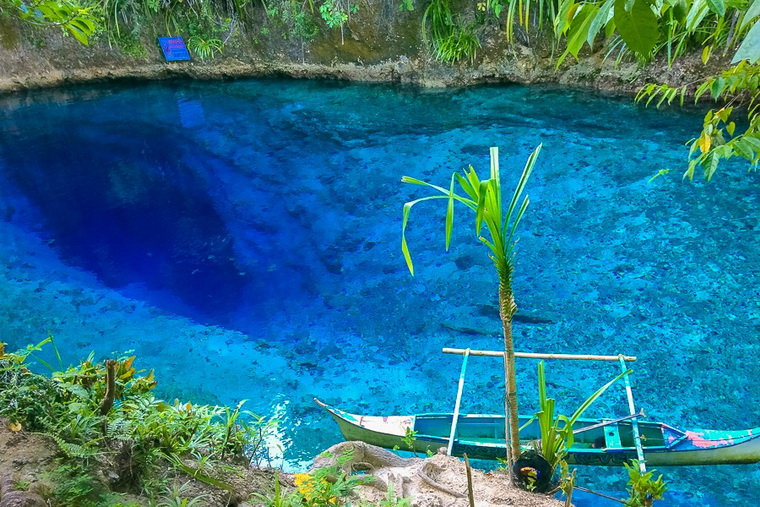 Approximately the same extraordinarily deep cave in a small creek can be seen in the famous Jacob’s Well in the USA. 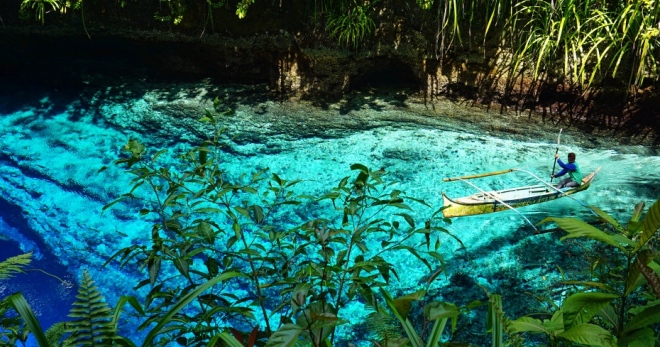 Some of the most amazing natural wonders are those that cannot be explained. For example, the Hinatuan Enchanted River in Mindanao, Philippines, is one such mysterious creation of Mother Nature. Small, only 648 m long, the clear blue-blue river seems to come out of nowhere.

The origin of the river

The most likely theory is that the Enchanted River in the Philippines is an underwater cave system responsible for filtering water that only a small part of it comes to the surface. It is unusually clear, and its bottom is located in a dark blue abyss at a depth of 24 m, which may confirm the theory. 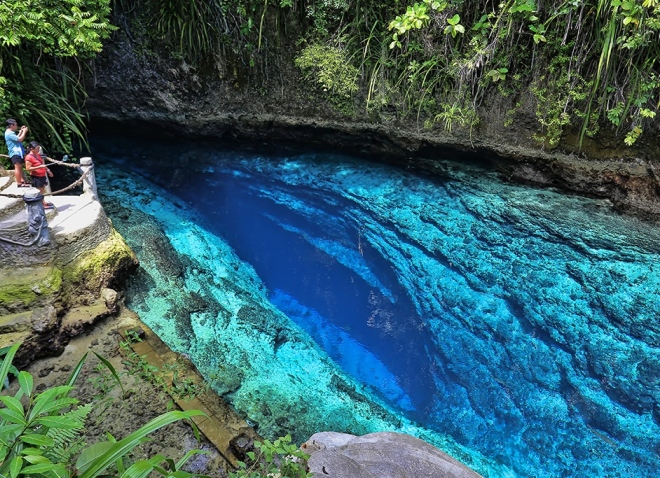 Deep in one of the river lagoons you can see passageways and chasms that drop off into the abyss. These underwater tunnels lead down into an underground cave system that was first explored in 1999 by diver Alex Santos. In 2010, the caves were further explored by Dr. Alfonso Amores and colleagues, who discovered numerous underwater chambers, cracks and tunnels.

The study of the caves continues to the present day, covering about 60 meters in depth. It is believed that they can extend for many kilometers and be habitats for unknown species or entire ecosystems, but because of the hazardous conditions, research is progressing slowly. 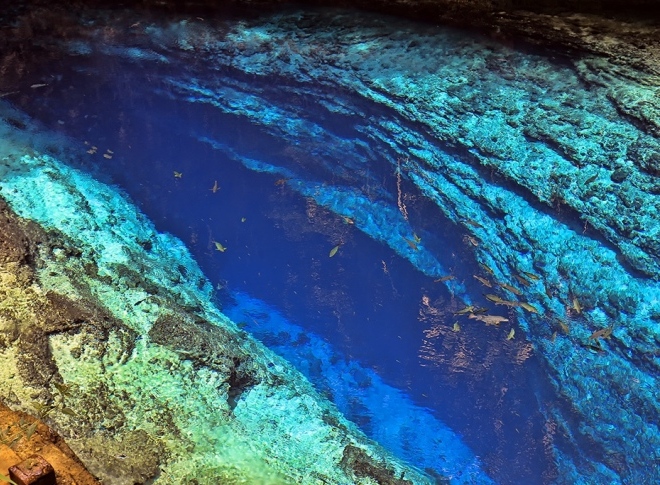 Legends of the Enchanted River

Not surprisingly, the almost mystical qualities of this place have long given rise to many legends and tales among the locals. It is said that the water of the Enchanted River is purified by various spirits and other fabulous creatures who are the guardians of the river. Old legends tell that the trees surrounding the river are home to Encantos, natural spirits like the dryads or elves who live in large trees. 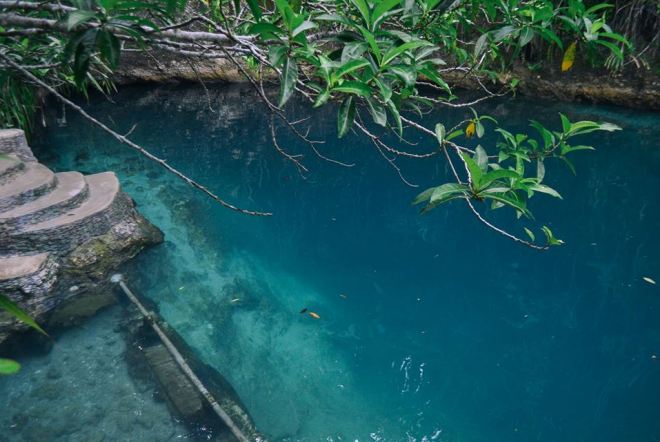 The natural mysteries of the Enchanted River in the Philippines

While stories of mermaids, magical fairies and spirits may be pure folklore and superstition, the Enchanted River still has many real, documented natural mysteries that are still unanswered:

Underwater inhabitants of the Enchanted River

The fish that live in the river are a popular attraction here, too, especially during the daily feeding season. Every day at noon a bell rings, which is the signal for all swimmers to get out of the water. Then a tune called “Hymn of the Guinatowns” is played through a loudspeaker.

It is the signal for the huge number of fish that seem to materialize out of nowhere and scurry through the azure water in search of food. It lasts for about an hour. When feeding time ends, the fish simply disappear, as if they were never there. 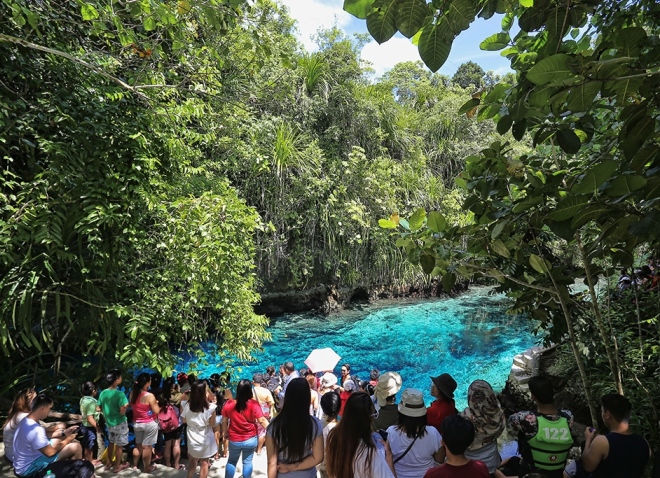 How to get to the Enchanted River in the Philippines?

This place is near Hinatuan City, Surigao del Sur, on the eastern side of Mindanao in the Philippines. From the airport in Butuan City, tourists can take a van to Hinatuan City, where they can rent a motorcycle and ride it through the jungle to the Enchanted River.