When you hear the word Austria, what is the first thing that comes to mind? Alpine flowering meadows, crystal clear blue lakes. And you can see all of this in one of the largest National Parks in Europe – the High Tauern. 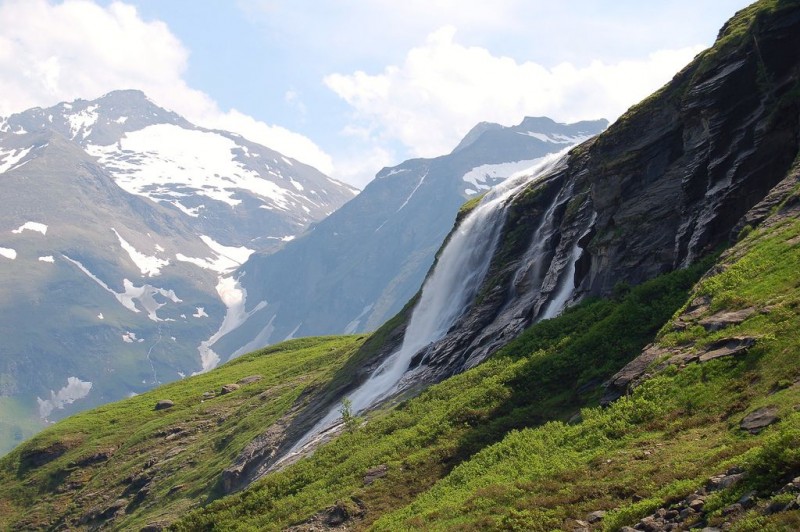 The park is located in a very beautiful undeveloped area of the eastern Alps, covering an area of 1800 square kilometers. The High Tauern is the largest of Austria’s six national parks. In its central part are huge mountains, glacial currents and glaciers. One of the glacial streams is the source for the Krimml waterfall . The periphery of the park is represented by mountain meadows, enclosing forests, and alpine pastures. 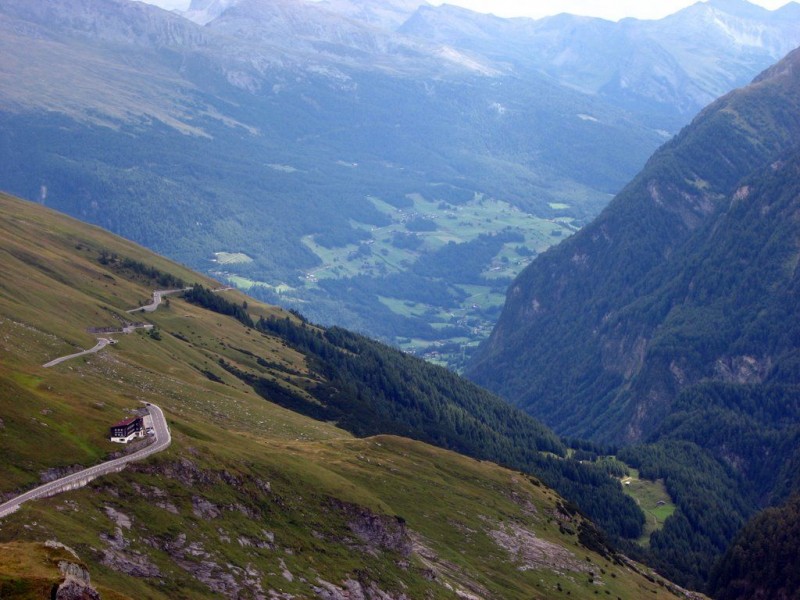 Attractions: The mountain gorge Lichtensteinklamm , very narrow and picturesque, located between the dams and the valley Karpun, Kitzsteinhorn and Holling waterfall . The Kitzsteinhorn is almost 3,000 meters high. But it is not the highest mountain in the area, the highest peak is Mount Grossglockner , belonging to the mountain range Glockner , its height is about 4000 meters. 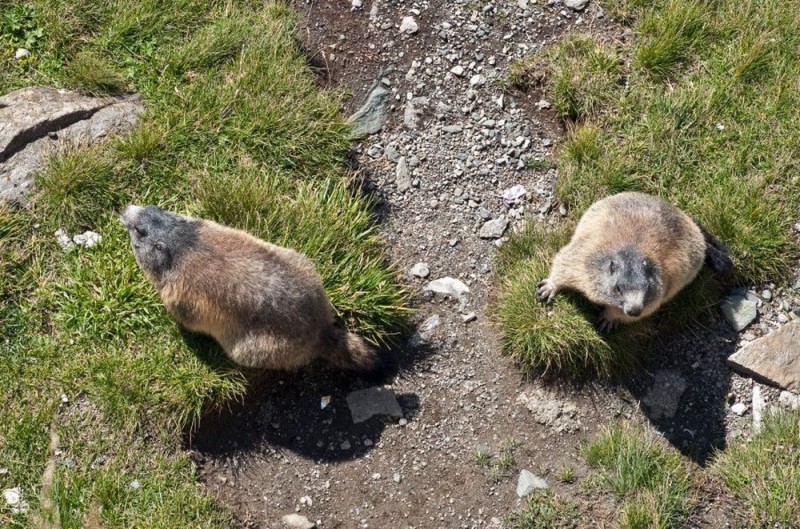 The Tauern highway is an important transportation route through the Alps. On its way there are two tunnels, 5 and 6 kilometers long. In the central part of the park is a unique high alpine vegetation and is home to representatives of the local fauna. 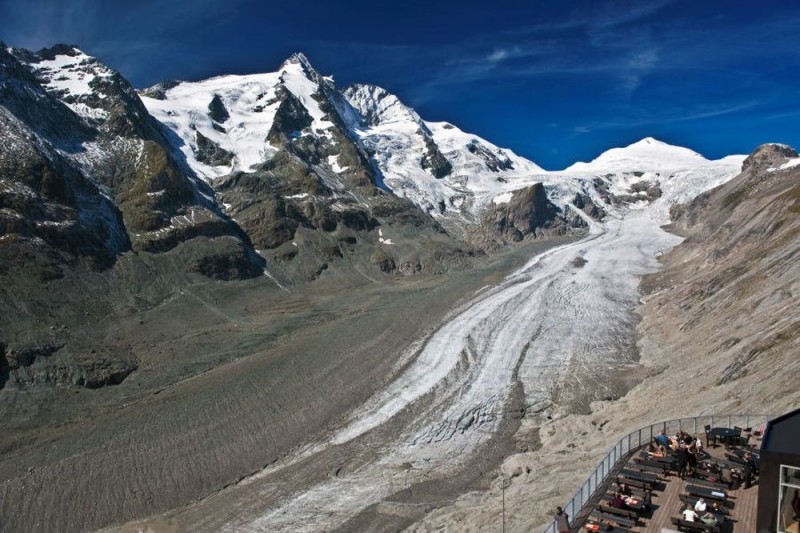 Park visitors have the opportunity to go on fascinating excursions acquainting themselves with the untouched nature of the reserve, or take a hike in the mountains with an experienced guide, go climbing, take part in special programs and listen to lectures. There is a hiking trail through the park. 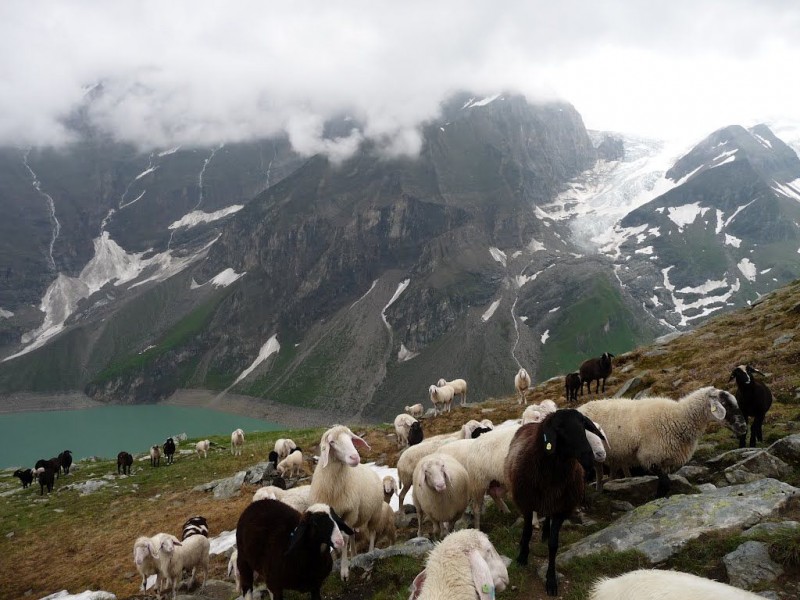 The territory of the High Tauern is divided into zones, this is done in order to preserve the geological formations, flora, fauna reserve. Especially carefully protected areas are allocated. On the Tyrol side the park is going to be expanded by 700 square kilometers, but in this area different interests collide, so this decision is not final.

Better than the mountains… Grossglockner and the high mountain road

The top of Grossglockner is the highest in Austria, with a height of 3,798 meters. The name “Big Bell” is given because of its appearance – from a distance it resembles an inverted bell. Or, falling waterfalls were making noise, demolishing the stones, so the mountain is named.

In 1918 the entire territory of Glockner was transferred to the Austrian Alpine Association, but only in 1981 was established High Tauern National Park.

The largest national park in the Alps extends over 1,856 km², in the three Austrian federal states of Carinthia, Salzburg and Tyrol. It preserves for future generations one of the last large natural landscapes in Central Europe, almost untouched by man.

In 1872, 155 people from Klagenfurt founded the Alpine Association with the ambitious goal of facilitating access to Austria’s highest peak, the Grossglockner. The engineer-builder Heinrich Pierl devised a concrete plan for this: a 2,500-meter ascent from Heiligenblut.

Since at that time it was not possible to make this route there and back in one day, a flat spot for a hut in which to spend the night was planned for the halfway point.

Engineer-builder Franz Wallack, the designer and builder of the road, estimated that the cost of this project in 1930 was 85.8 million euros (equivalent to 2016 euros). By 1936, Wallack provided the final calculations.

The Grossglocknerstrasse was to outshine all known alpine roads, and to be suitable for heavy traffic. The road had to blend harmoniously into the landscape, because in this high mountain world it would be presumptuous to try to outrun nature with technology.

READ
The Peak District, a national park in England

This panoramic trail is just under 50 kilometers long, and runs from Fusch an der Großglocknerstrasse to Heiligenblut, with an elevation difference of 805 meters to 1,301 meters, traversing twice as high, and making 36 turns.

If you’re lucky, you can squeeze into an observation deck jammed with motorcycles, cars and buses.

When and how did this engineering marvel come about? By 1935, in five years, Wallack had built the perfect road for Tower National Park, founded in 1983, half a century ahead of schedule. He was well ahead of his time as a road engineer.

He installed 16 emergency telephones on the trail, created observation decks, designed a rotary plow that could handle snow masses in the mountains, and which is now used all over the world.

Wallack was the first to drive the high alpine sections of the glaciers not up to them, but high above them. Thus, from the opening of the road until 2015, 65 million visitors were able to see Austria’s largest glacier, the Pasterze.

Along with Schönbrunn and the Hohensalzburg, it is one of Austria’s top three tourist attractions.

You can drive on this road from two sides, and the road is completely different. If driving from Carinthia, it is a road with charming villages, and picturesque mountains. If coming from Salzburg, it’s rugged cliffs and glacial peaks. Both roads are beautiful, and I’m glad I have the opportunity to drive both sides, which I’ve done twice in the last month. 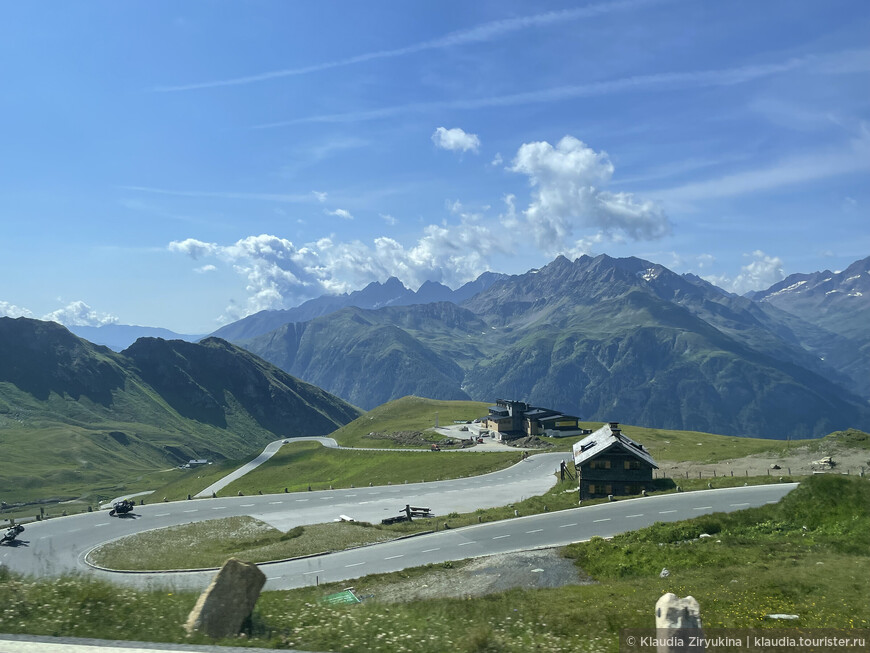 The road is tolled, and the ticket is valid for one day, or one month. About a million people pass through here in a year, and 350,000 cars. The highway is 7.5 meters wide.

Posters during photo breaks, which are unavoidable – it is impossible to pass by the beauty, talk about the construction of this road. On the highlands the weather, not the clock sets the working stage. And it is painstaking and very hard work.

For journalists, the largest and highest construction site in Austria (Hochtor, 2404 meters), of course, was the main technical and patriotic theme. They were very surprised by the cleanliness of the facilities and the good food provided to the workers in such difficult times. And today’s construction and repair workers stay overnight in the trailers.

And we leave the bus in the parking lot (note the difference in the number of buses – 10 days passed between the two trips, taken at about the same time of day). 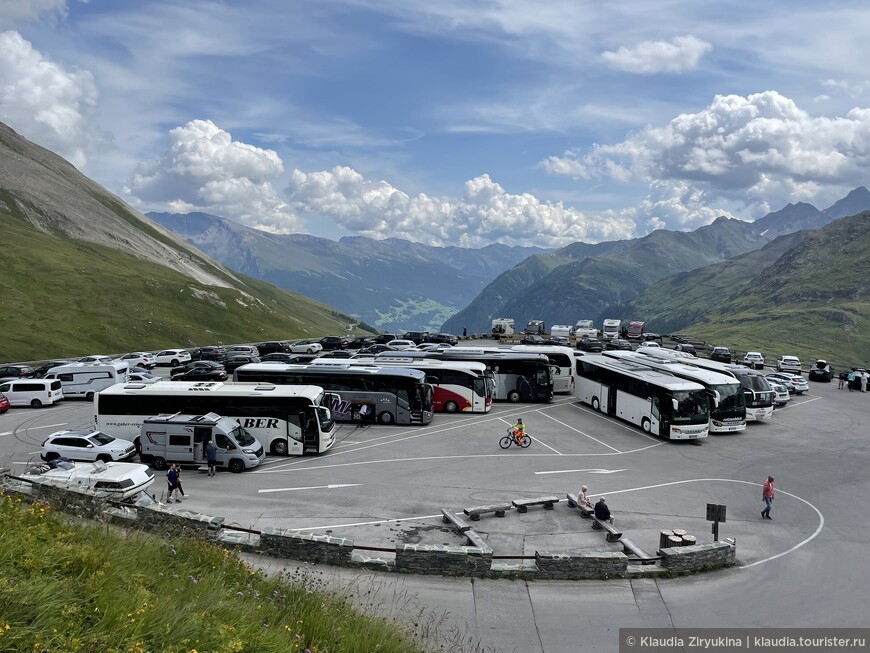 Next to the parking lot is a souvenir store and a restroom. You can take a shuttle bus up from here, for free, but we’ll walk, literally a 5 minute climb up the stairs.

A few hundred meters away, right on the road with great views of the glacier, is a panoramic restaurant, where an outside elevator leads, and a gift store underneath.

A tourist favorite is the Kaiser Franz Josef Center, where you can spend the day. Kaiser Franz Joseph and his wife Elisabeth of Bavaria (who was Sisi) visited Grossglockner in 1856. In 4 hours he and his retinue of 100 people climbed to where we are staying as well. They circled the saddle above Pastertse, which has since borne his name, and there is a monument to him on the walking trail.

Not far from Kaiser sits another crowned representative, the Mountain Goat, King of the Alps. In superstitious times, they were considered supernatural creatures. And it was this that ruined them. At the court of the prince-bishop of Salzburg worked pharmacists, creating medicines from the blood, intestines and horns of ibex. By the end of the 13th century, the ibex had been completely exterminated north of the Tauern. In 1499, the archbishop brought back a few individuals that had survived in the Zillertal. But, it was too late, they did not breed. It was not until the 20th century that Hans Pichler succeeded in re-breeding the ibex in the Tower. Today there are about 400 specimens here. They love solitude and rarely come out to people, we only managed to talk to this one, set up in front of one of the restaurants. 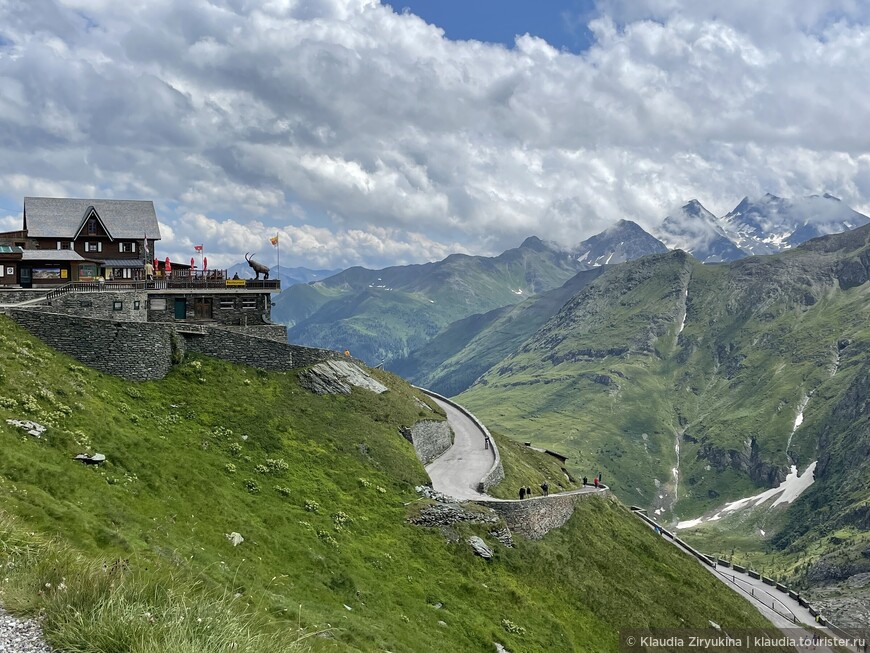 Hans Pichler, the man who brought these beauties back to the Tauern, spent every summer of his childhood grazing goats and cows in the desert pastures of the Paszterze Glacier. He only finished elementary school in Heiligenblut, but he found his way through life the right way. He released six mountain goats, and they successfully fattened.

Even though there is a gray and white glacier nearby and we are high in the mountains, the alpine meadows are green and the colors are very vivid. A cedar pine was found on the leading edge of the Paszterze Glacier. This finding indicates that pine trees may have grown in areas where ice, rubble, water, and sand dominate today. Because of the natural conditions, plants whose closest relatives can only be found in the Arctic (on Spitsbergen) or in Central Asia (Tibet) grow here.