You wouldn’t believe how tall the world’s tallest waterfalls are. Whether through curiosity or scientific meticulousness, people have always sought to measure the heights of the world’s waterfalls, but it has been difficult to compare measurements. This is because there is no standard or consensus on how to measure the total height, and in addition, some of the highest waterfalls are extremely difficult to reach. Therefore, the data obtained tend to be approximate. 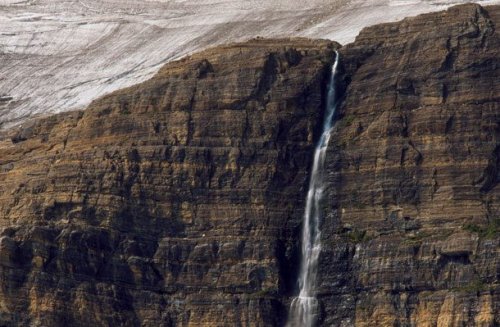 Located in Glacier National Park in Montana, Avalanche Basin Falls is one of the tallest waterfalls in the continental United States. It is fed by the northernmost part of the Sperry Glacier, dozens of mountain lakes and snowmelt streams. 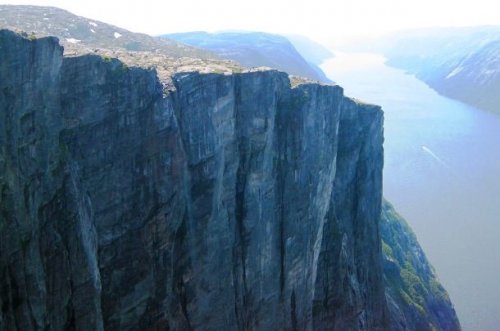 Located in a very scenic natural area in the municipality of Forsand in Rogaland County, Norway, Kjeragfossen is a free-falling waterfall that is usually active about 5 months of the year. 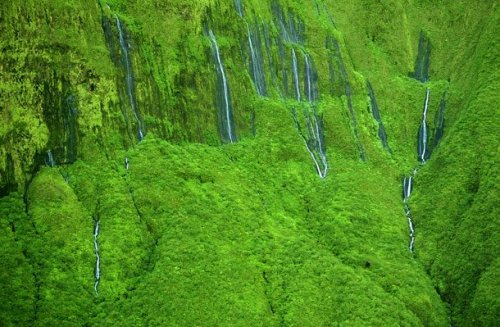 Manawainui Falls, located in the stunning Manawainui Valley on the Hawaiian island of Maui, is one of the most impressive and highest waterfalls in the state and in the world. 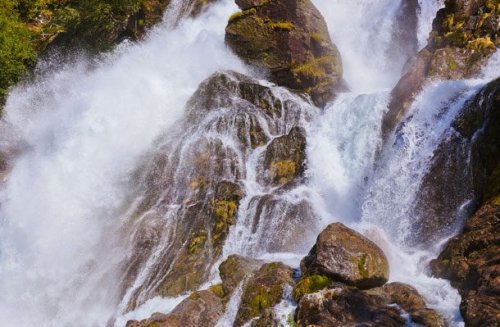 One of the many in the list of Norwegian waterfalls, Olmaafossen is located in Raumadalen in the municipality of Rauma in Western Norway. The waterfall is fed by small lakes and glaciers, but its power varies greatly depending on the season. 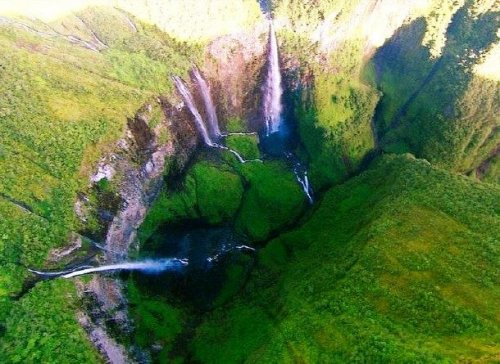 Located in Trou de Fer Canyon on Reunion Island off the coast of Madagascar in the Indian Ocean, the Cascade Falls de Trou de Fer is the highest and most spectacular on this French island. 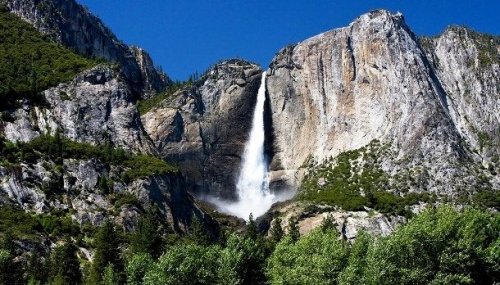 Falling a total of 739 m, Yosemite Falls is the highest waterfall in Yosemite National Park and one of the highest in the United States. It is the park’s main attraction, especially in late spring when the water flows down from the top of the mountain.

READ
Arctic Ocean, the coldest ocean in the world 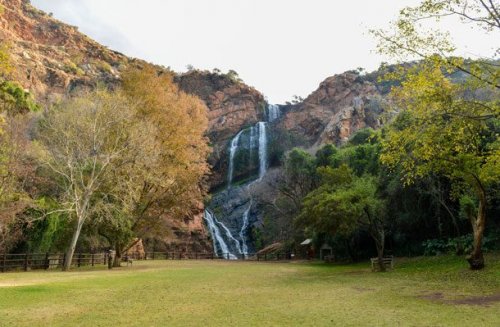 Located near the Cascade Pass trail in North Cascades National Park in Washington, DC, Johannesburg Falls is a massive, impressive waterfall fed by small streams that flow from glaciers on Mount Johannesburg. 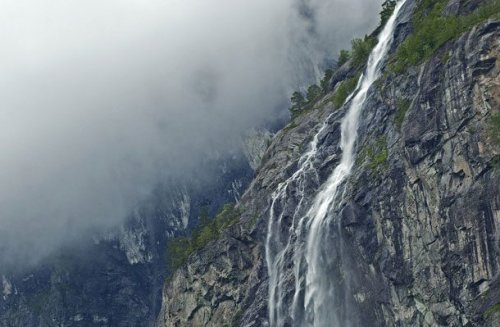 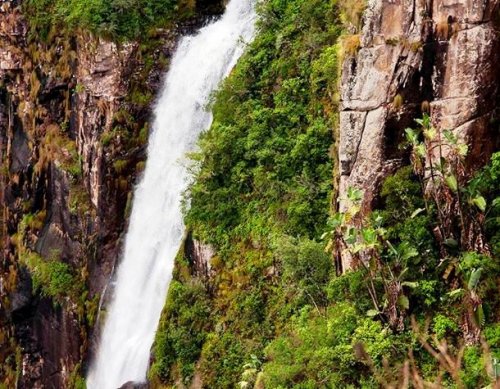 The second largest waterfall in Africa, Mutarazi Falls are located in Nyanga National Park in Zimbabwe. The summer season, characterized by heavy rains, is the best time to visit this place, as the water flow reaches its maximum during this time. 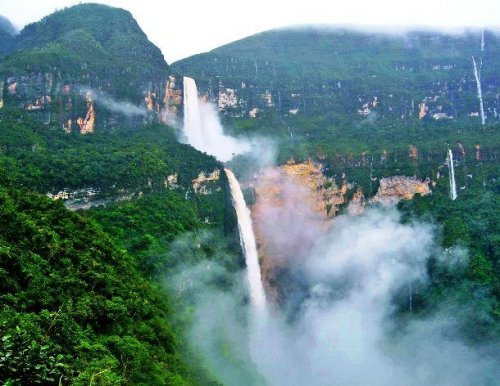 The Gocta Catarats Falls are a year-round, two-level waterfall located in the Chachapoyas province of Amazonas, Peru. Although it has been well known to locals for centuries, the world did not know of its existence until 2005, when an expedition organized by German Stefan Ziemendorff and a group of Peruvian explorers took place. 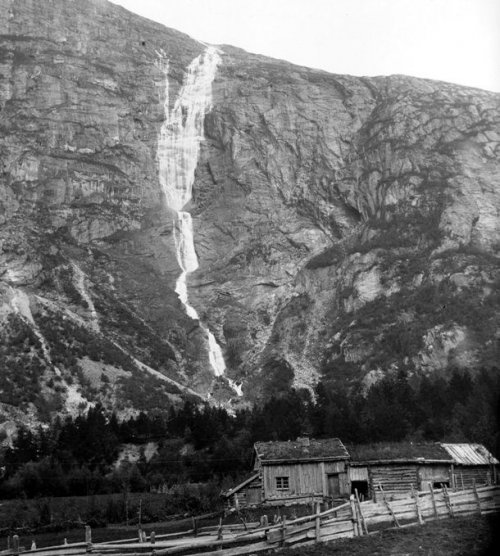 Mongefossen, located in Rauma Municipality in Norway, is the highest waterfall in the world, which can be seen from the train station. There is some disagreement about the height of the waterfall, but it is usually given as 773 m. 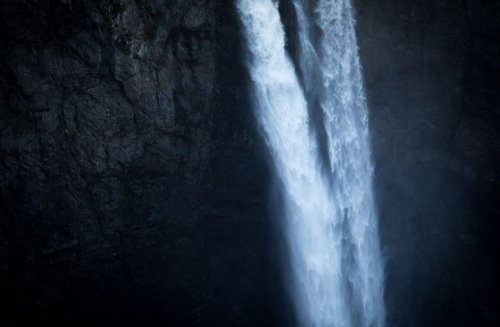 Located in North Cascades National Park in Washington, Colonial Creek Falls is the highest waterfall in the continental United States. The water falls from a total height of more than 1,300 meters from 13 separate levels with an average slope of 65 degrees. 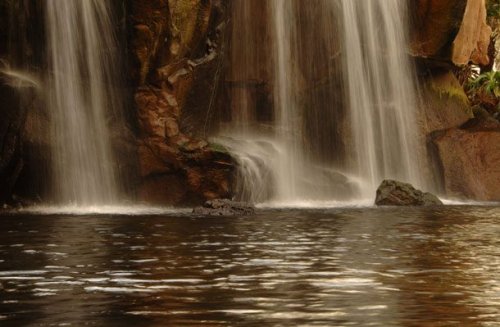 Powered by the Waihilau River, Waihilau Falls was found in the picturesque Waimanu Valley in Hawaii, which, like many other major valleys in Hawaii, is covered in lush green vegetation. 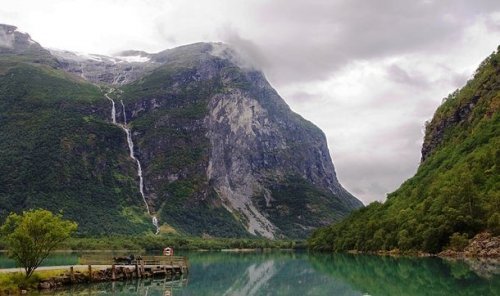 Located on Mount Ramnefjellet in the municipality of Stryn in Sogn og Fjordane County, Norway, Ramnefjellsfossen is an 818 meter waterfall fed by the Ramnefjellbreen Glacier. It can be reached by boat, plane, or road, and there is a campsite within walking distance of the waterfall. 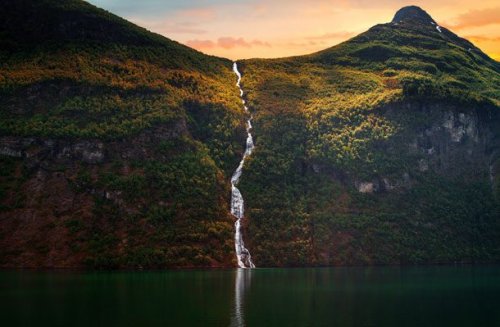 Fed by a huge glacier called Myklebustbreen, Strupenfossen is another famous Norwegian waterfall. It is not very powerful, but it is unique in its shape. Summer is the best time to see it, because at this time the water from melting ice on the glacier reaches its maximum. 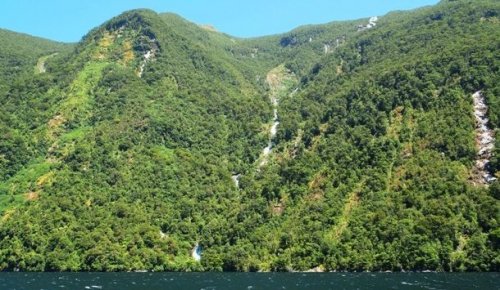 New Zealand is famous for its stunningly beautiful waterfalls, but only one made the list. Browne Falls is located in Fiordland National Park on New Zealand’s South Island, surrounded by a stunning landscape with many plant and bird species. 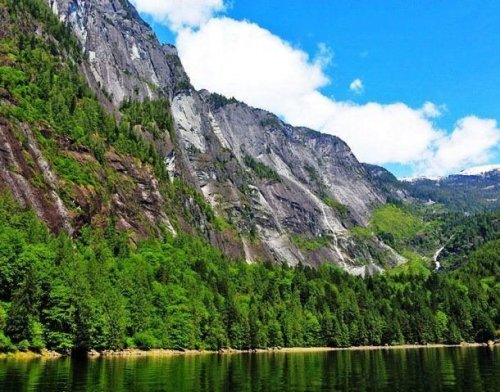 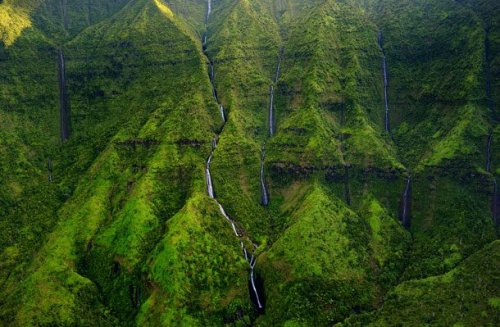 Puukaoku Falls are formed on some of the highest cliffs in the world (Haloku Cliffs), which are located in the northeastern part of Molokai Island. The stream of water of the waterfall is very thin and deeply embedded in the rock, so it is rarely seen and photographed. 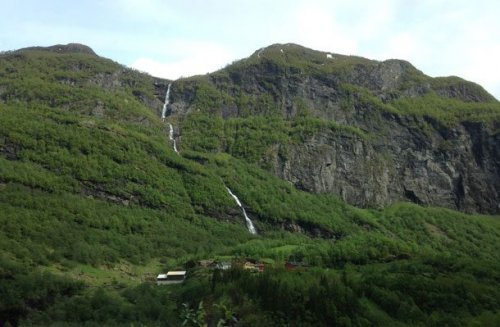 Balaifossen is one of the highest waterfalls in Norway and is located in the municipality of Ulvik in the southern part of the country. It is fed by the Balai River, which flows down 850 meters and ends at Osafjorden, a huge fjord. 6. Winnufossen, Norway – 860 m 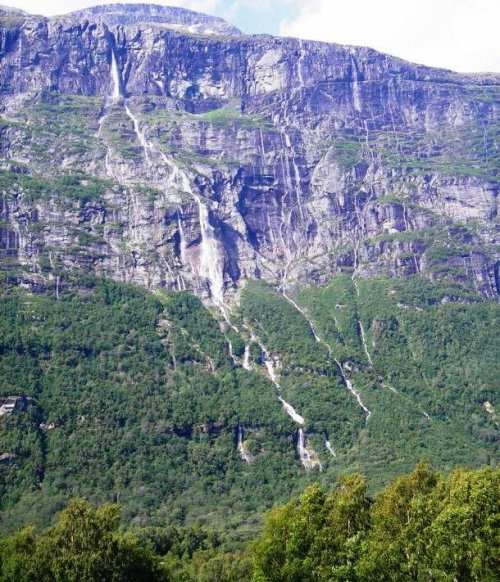 Located east of the village of Sunndalsora in the municipality of Sunndal in the county of More og Romsdal, Norway, Vinnufossen is the highest waterfall in Europe and the sixth highest in the world. It is part of the Vinnu River, which flows from Vinnufjellet Mountain and is fed by the Vinnufonna Glacier.

READ
The most expensive hotel on the planet Emirates Palace 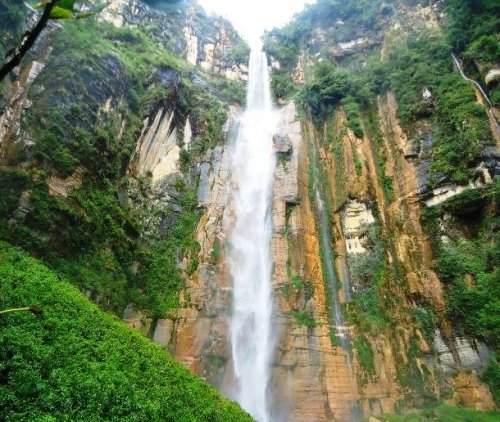 Hidden deep in the lush rainforests of Peru’s northern region of Amazonas, Yumbilla Falls is an impressive 896 meters high. The international community became aware of it in 2007 when a report by researchers from Peru’s National Geographic Institute was published in local and then international press. 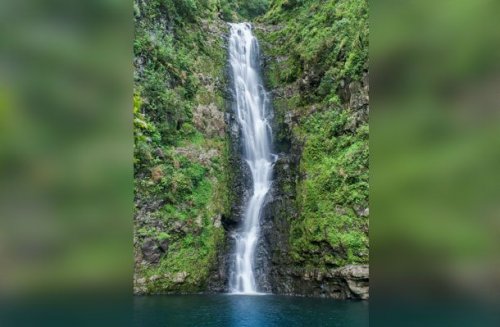 Oloupena Falls is a waterfall located in the northeastern part of Hawaii’s Molokai Island, and due to its stunning 900m height, it is considered the fourth largest waterfall in the world. It was formed by a rapid, short seasonal flow, and falls from the edge of one of the tallest sea cliffs in the world. 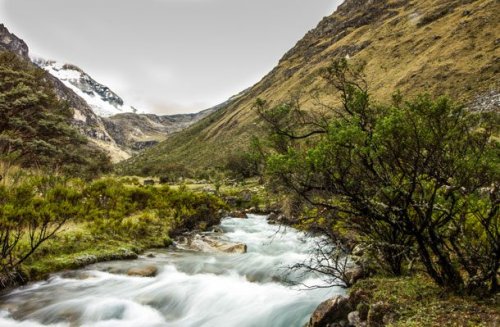 Located in Peru’s protected Parque Nacional Otishi National Forest, Tres Hermanas Falls (translated as “Three Sisters Falls”) is the third highest waterfall in the world. It is an astounding 914 meters high and is named after the three separate parts it consists of. 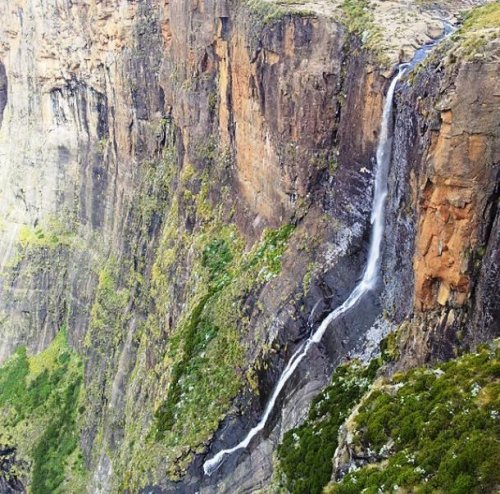 Tugela Falls is a complex of seasonal waterfalls located in Royal Natal National Park in KwaZulu-Natal, South Africa. It is commonly regarded as the second highest waterfall, but in fact, it may be the highest waterfall in the world, not the Angel Falls. The total height of its 5 spans is 948 m, but a Czech scientific expedition recently took new measurements, resulting in 983 m. 1. Angel Falls, Venezuela – 979 m 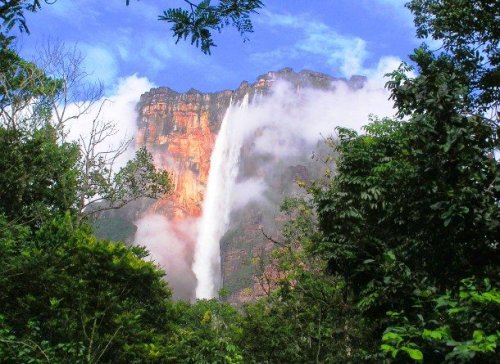 Located on the edge of Auyantepui Mountain in Canaima National Park in the Gran Sabana region of Bolivar State, Venezuela, Angel Falls is the highest waterfall in the world, with a staggering height of 979 meters and a free-fall height of 807 meters. Although located in an isolated jungle and difficult to access, the falls have become one of the most popular tourist attractions in the country.

Top 10 Tallest Waterfalls in the World

You can watch water flow endlessly, but what if it falls from the highest height ever recorded on our planet? Here are the 10 highest waterfalls in the world.

READ
What is the longest river in the world

Angel Falls – the highest in the world

Angel is named after the American pilot, James Angel (Angel in Spanish reads Angel), who first discovered it. The natural wonder is 1,054 meters high!

Angel, the highest waterfall in the world, is located in Venezuela.

Today, the attraction is open to the public. Guides are available at the site, and you can even rent a small plane or helicopter with a pilot to enjoy the view from the top.

Tugela, the highest in Africa

A little lower than Angela and the second highest waterfall in the world is Tugela, South Africa. It is 933 meters high and 15 meters wide. It consists of 5 cascades. It is surrounded by the Dragon Mountains, which protect Tugela from the sun, causing its parts to freeze sometimes.

There is an opinion that Tugela is higher than Angela and the latter calculations are wrong, but there is no conclusive evidence yet, such calculations are very difficult. There are 2 ways to get to the landmark, the first will lead to the foot and the second to the top.

The third highest waterfall is located in Peru. Found by a group of tourists relatively recently. It got its name because of its natural characteristics – three separate tiers, the height of 914 meters.

However, you can fly up by plane or sail to the sea, into which Olowpena flows. It is worth it, because within 500 meters there is another highest waterfall in the world – Puukaoku (8th place) and Haloku, which is in the top 30.

According to various sources, Umbilla is 870 or 895 meters high, but either way it is top 5. An interesting feature of Umbilla is its origin in the cave of the same name. There are 5 cascades in the stream, one of which looks like a heart. Hence the name, which translates to “heart love.”

The highest in Norway, Europe and the 6th highest in the world is Vinnufossen, 860 meters. This is what it’s called, by the way. The glacier that gives water to the site is Vinnufon, and the river is Vinna. Only in the Norwegian language there is no such word at all. It is not known for certain the origin of the name, most likely it is from ancient Scandinavian.

The seventh in the list of leaders is not without reason similar in name to the previous one, as it is also located in Norway. Balaifossen is 850 meters high. It also receives water from the glacier, and every year it is less and less, which affects the flow of tourists. Perhaps soon the attraction will disappear altogether, leaving a bare dry cliff.

The second in the U.S. and the eighth in the world is 840 meters high and is located in Hawaii. It is also not easy to reach, but many travel agencies will be happy to provide you with a boat or a yacht, but not for free, of course. Puukaoku is more like a waterslide, as the water here rolls down the slope evenly.

The largest waterfall in North America is named after Scotsman James Bruce, who traveled here. The fortunate location, Princess Louise Park, provides James Bruce with a huge stream of tourists. In addition, there are a dozen other waterfalls in the vicinity.

Brown, located in the Valley of Rivers and Hills, New Zealand, rounds out the world’s top ten. It is also named after the discoverer, who was a pilot who photographed the island from an airplane.

Of the others, Brown stands out because of the most powerful stream of water falling from 836 meters. This is explained by its lake origin. All the other leaders of the dozen are formed by glaciers.