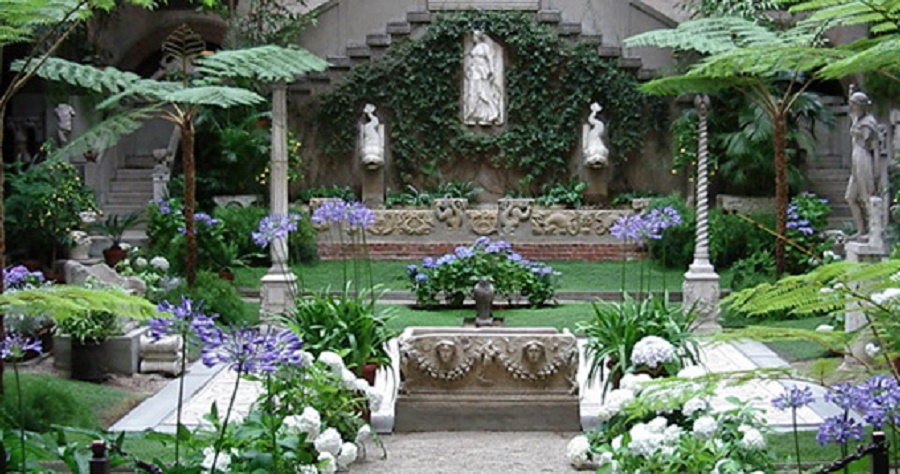 The American city of Boston has been poetically referred to as a city with a rich past behind it while its eyes are fixed on a bright future. Indeed, one of the oldest and wealthiest cities in the United States seamlessly blends industry and academia, education and culture in a compact city. Among Boston’s impressive array of museums, several are world-renowned, including the Isabella Stewart Gardner Museum, which is named for the museum’s founder.

The fame of this museum is primarily due to the collection of Sargent’s works, which were collected over the years by Isabella Stewart Gardner. Sargent’s canvases are exhibited in many museums and art galleries, both in Europe and the United States, but it is in Boston that his creative legacy is most fully represented. First, Isabella had a strong friendship with John Singer Sargent for many years. Second, in addition to the collection of the Start Gardner Museum, his murals can be seen in the Museum of Fine Arts, as well as in the Public Library building.

Isabella Stewart Gardner, with her fine artistic taste, was fortunate to be born into the family of a prosperous New York banker. Good education in such a family the girl was simply provided, and when matured Isabella was time to marry, the party she found a profitable. Isabella married a businessman John Gardner, also a very wealthy man, so that Mrs. Gardner was able to turn her passion for art into a lifelong business. 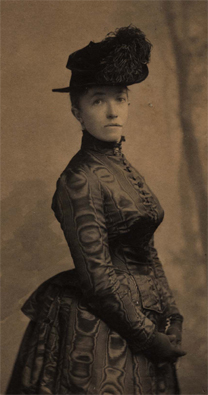 Isabella Gardner met the artist Sargent in London in 1886 through the mediation of their mutual acquaintance, the writer Henry James.

Two years later, Sargent painted a magnificent portrait of Isabella Gardner, in which she was depicted full-length, with a string of pearls wrapped twice around her body and her graceful waist emphasized. It is now critically acclaimed as one of the finest and most valuable in the Stuart Gardner Museum’s collection. In that puritanical age, the common people of New England caused quite a scandal over this modest, elegant detail of the toilet. Rumors swirled around Boston attributing an intimate relationship to Isabella Gardner and Sargent.

Although no reason for these rumors, of course, had no, alleged “lovers” throughout their lives was associated forty-year friendship, and addressed Sargent to Isabella – “Dear Mrs. Gardner.

In 1888, the year Sargent painted the scandalously famous portrait, Isabella made an acquisition that marked the beginning of her collection. It was a painting by the famous 17th-century Spanish painter Francisco Zurbarán, Madonna. Over time, the collection of Isabella Stewart Gardner was enriched with more and more works of art: canvases by American, English, Flemish, French, Dutch, German artists (venerable ancient and modern, not yet recognized).

There were also valuable paintings by Italian Renaissance masters in the collection. In addition to paintings, Mrs. Gardner’s collection was enriched with sculptures, as well as engravings, drawings, and works of applied art, including furniture, fabrics, glass, and ceramics. 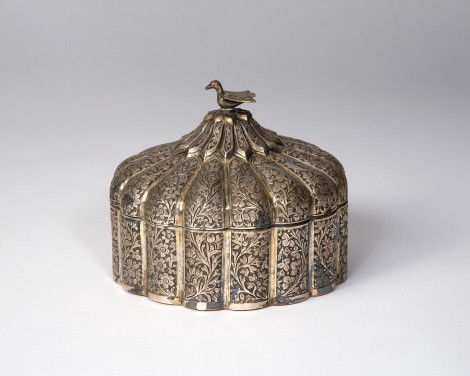 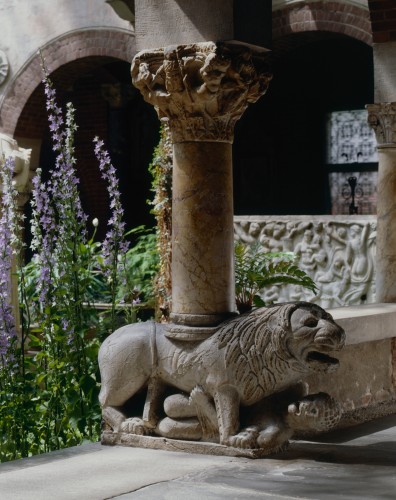 Sculpture in the museum

After her father’s death in 1891, Isabella Gardner inherited a huge fortune. Isabella’s collection, in which she began to invest her heart and finances with renewed vigor, quickly became one of the most extensive collections of art in the country. So, after a while Isabella, with the support of her husband, decided to build a special building for the collection, but Mrs. Gardner had to build it herself, because in December 1898 her husband died.

Isabella had the strength to continue the plan, for the building, she bought a piece of land, which was located along the highway Fenway. Hence the original name of the building, Fenway Court.

Isabella intended Fenway Court to resemble a Venetian palazzo in its architectural forms. To make the building more realistic for this purpose, Gardner even purchased a number of authentic Renaissance architectural fragments in Italy. Subsequently, these doors, columns, and architraves were incorporated into the design of the facade. Isabella was very active in the construction, and this participation was not expressed in a simple observation. Often Isabella Gardner spent entire days at the construction site, and when it was time for lunch, then sat down at the table with the workers. But the Fenway Court building turned out exactly as Isabella had envisioned it. 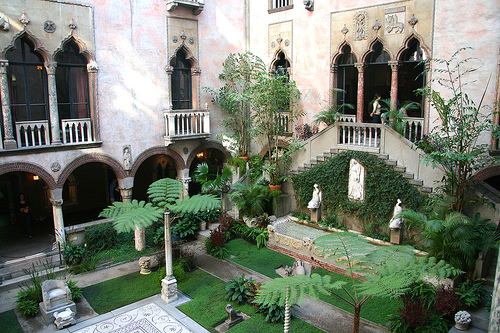 The architecture of the museum

The date of the official completion of construction is January 1, 1903, and exactly one month later the museum received its first visitors. Isabella Gardner herself initially acted as caretaker and manager, leaving her post only in 1919 due to a stroke. She was succeeded by Morris Carter, and Isabella herself remained at Fenway Court until her death in 1924. In her will, Mrs. Gardner asked that nothing be changed in her beloved brainchild, the museum, that it continue to be a source of joy and knowledge for people as it was during her lifetime. That is why the museum now has several empty spaces on the walls – the result of the high-profile theft of several paintings in 1990 (including Rembrandt’s only seascape). 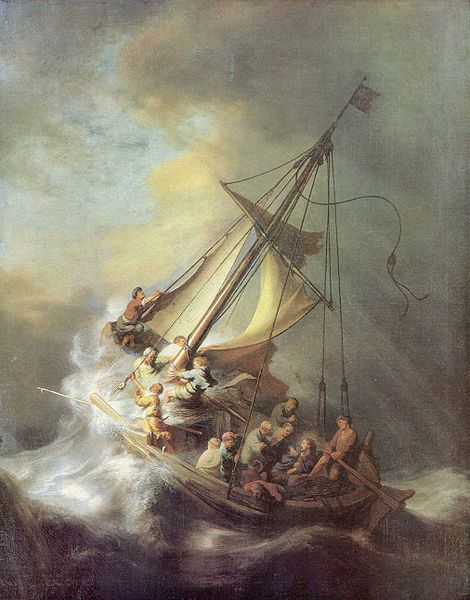 According to Isabella’s last will and testament, the stolen paintings were not replaced by others, so the bare walls in the Isabella Stewart Gardner Museum are now a silent reproach to the descendants who failed to protect the masterpieces she collected. 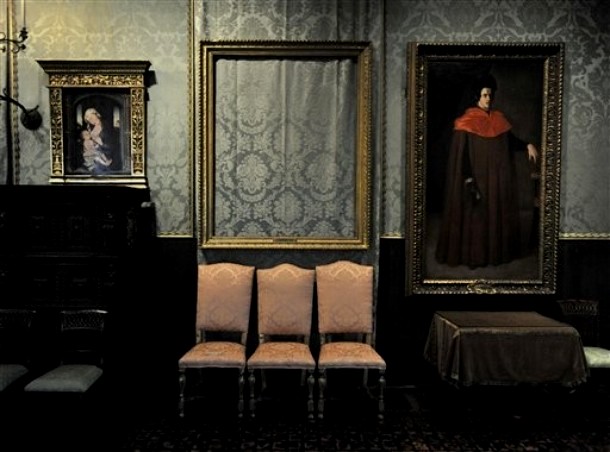 The place of the stolen painting

Event rentals are available for visitors, and there is a café and gift store.

Isabella Stewart Gardner was quite an interesting woman who was also very rich! An interesting museum that everyone would want to visit! Sometimes you want to see what it was like to live in those days!

Thanks to this sweet and fragile woman, many generations of people can admire the beautiful works of art.

I think it will fascinate all art lovers and I would never go there, but thanks to your article I will have a good idea of it.

The tidy, three-story Isabella Stewart Gardner Museum epitomizes the woman who, over three decades, amassed an impressive collection of more than two thousand pieces, including paintings, sculptures, drawings, manuscripts, photographs, letters and other artifacts from around the world. Isabella’s story is intriguing, and her collection, which embodies the desire to possess a variety of curiosities, conveys the energy that one woman was able to find in the art of collecting. 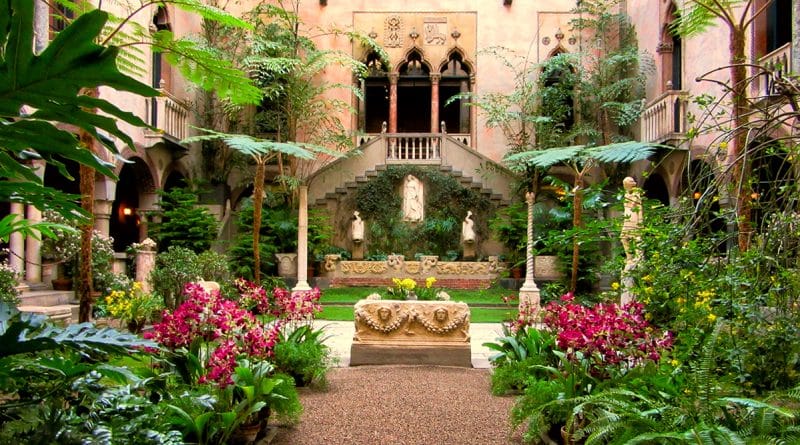 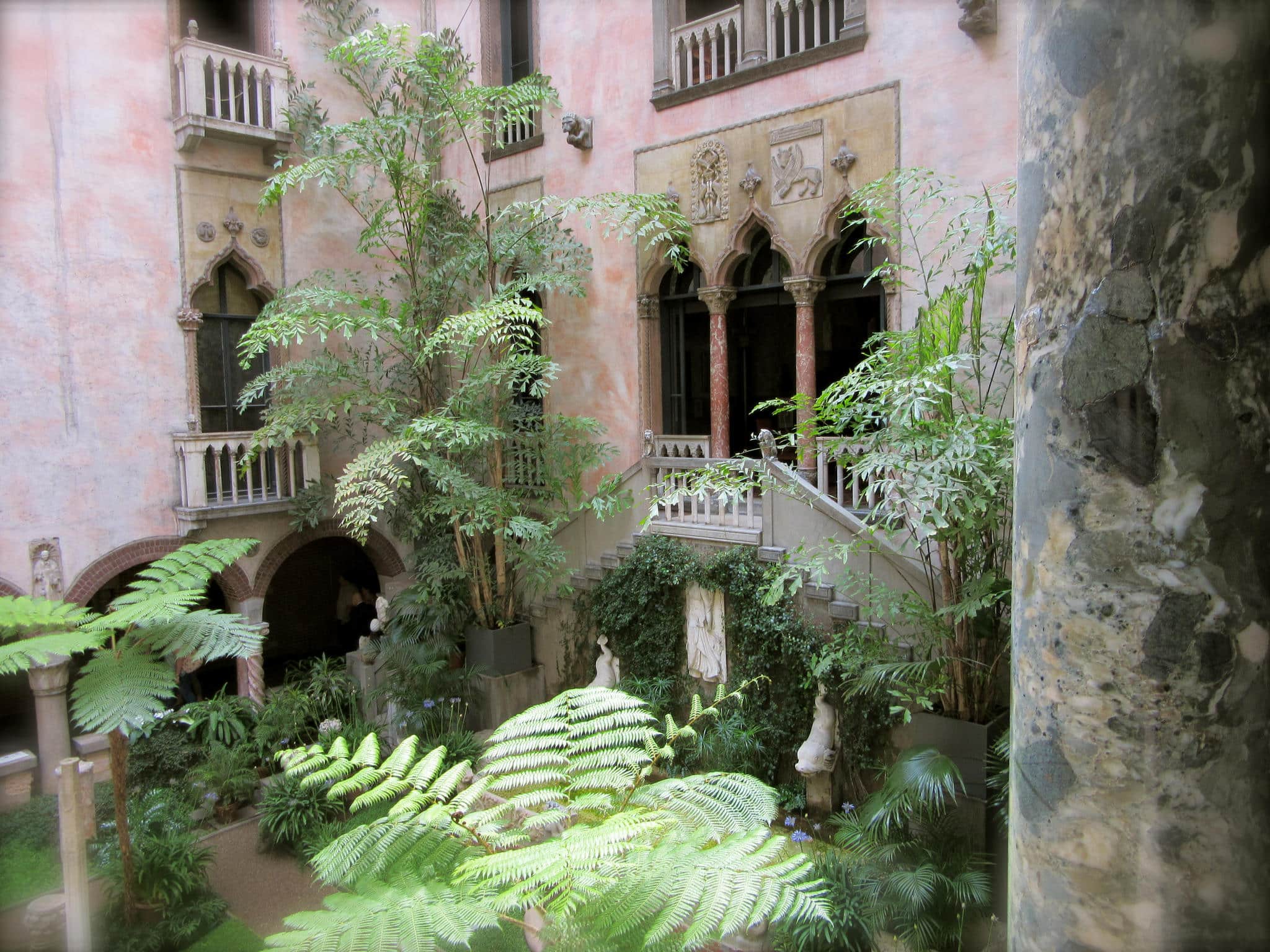 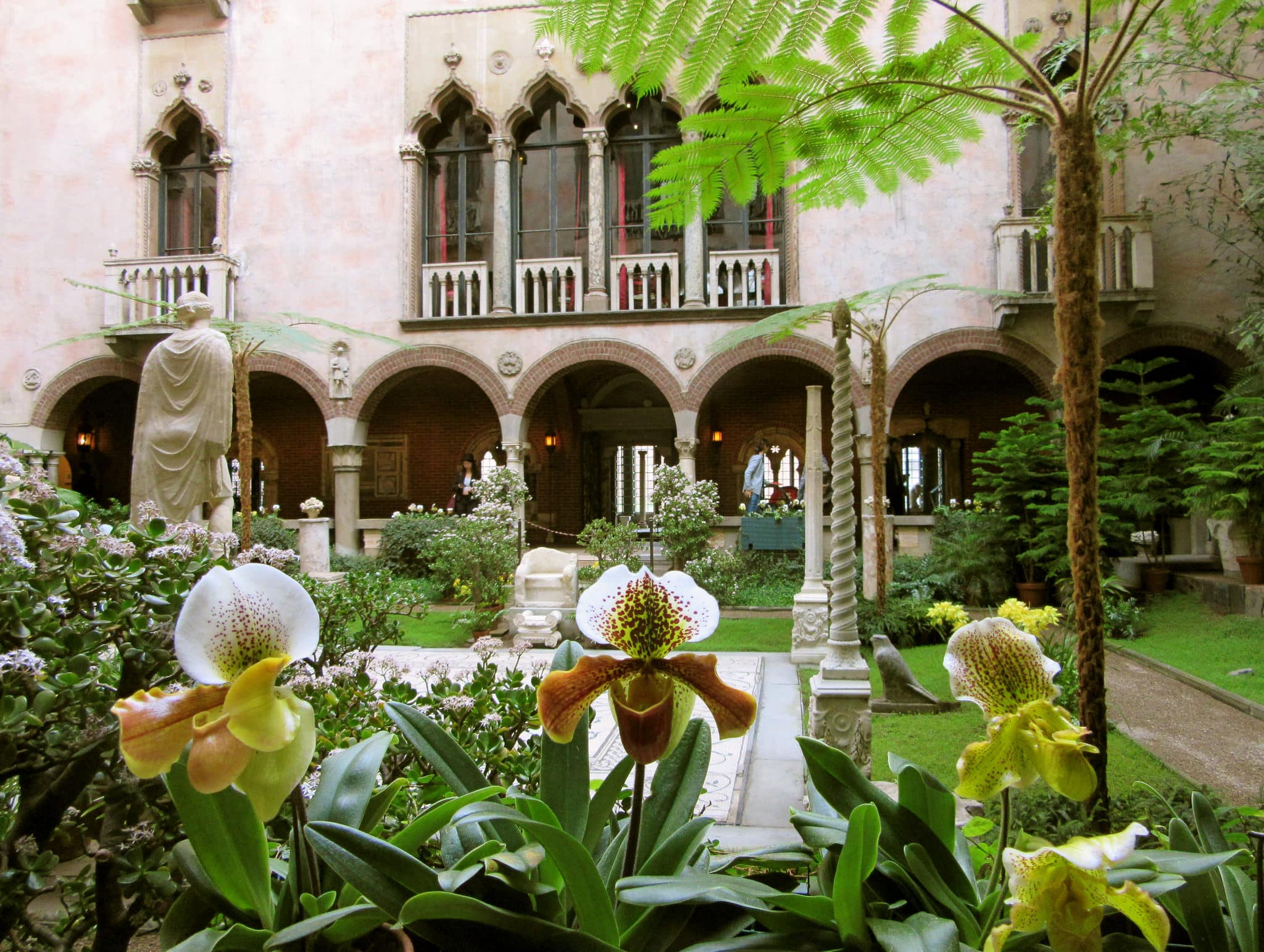 The story begins when Isabella lost her first and only child, who died of pneumonia. Soon after, she discovered that she could have no more children. Exhausted by the terrible news, Isabella felt devastated. She spent two years in the seclusion of her room, refusing to interact with the outside world. Eventually, Isabella’s husband decided something had to change. He took his wife on a trip to Europe. The change of scenery and new experiences rekindled Isabella’s love of life. 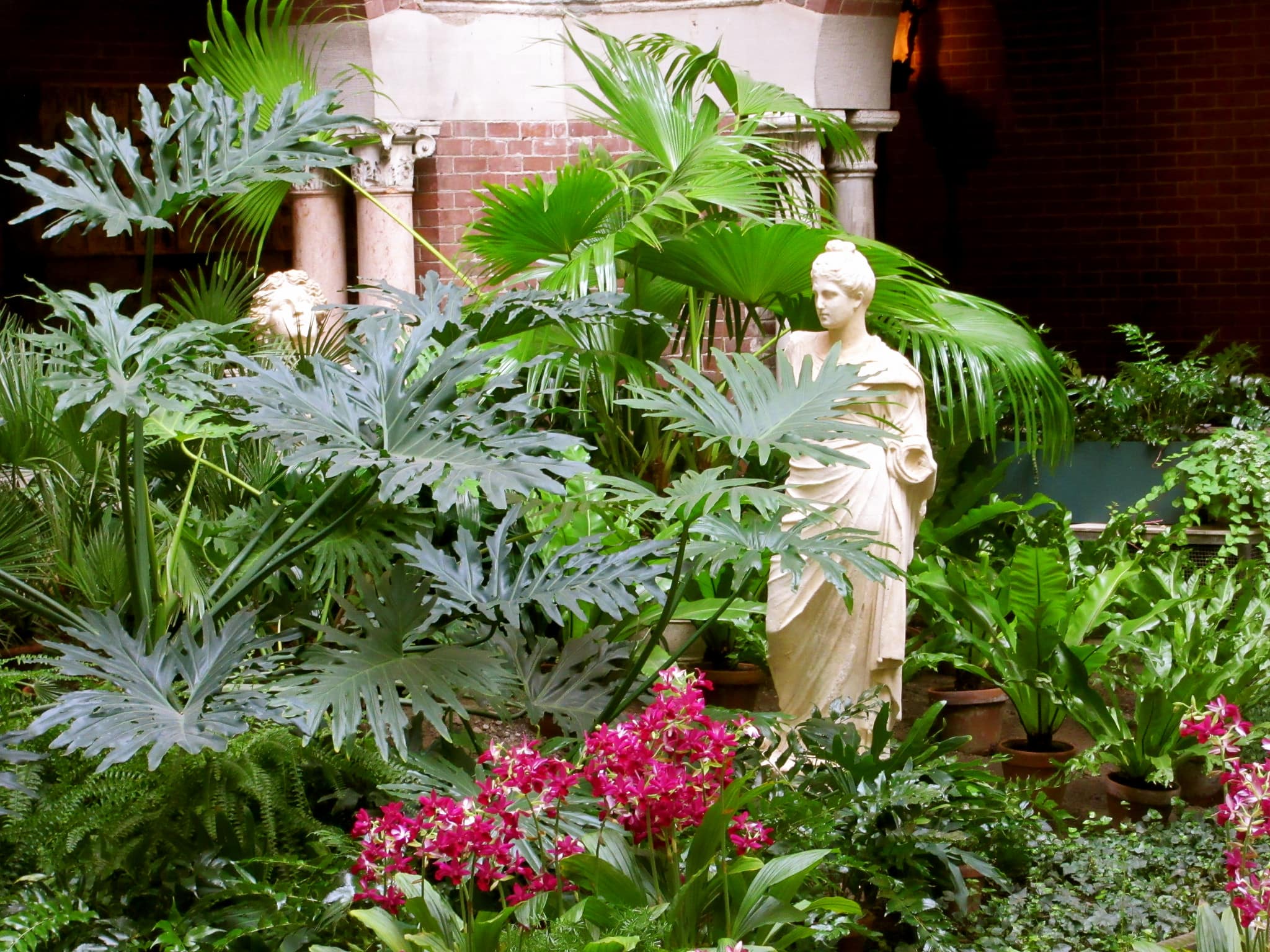 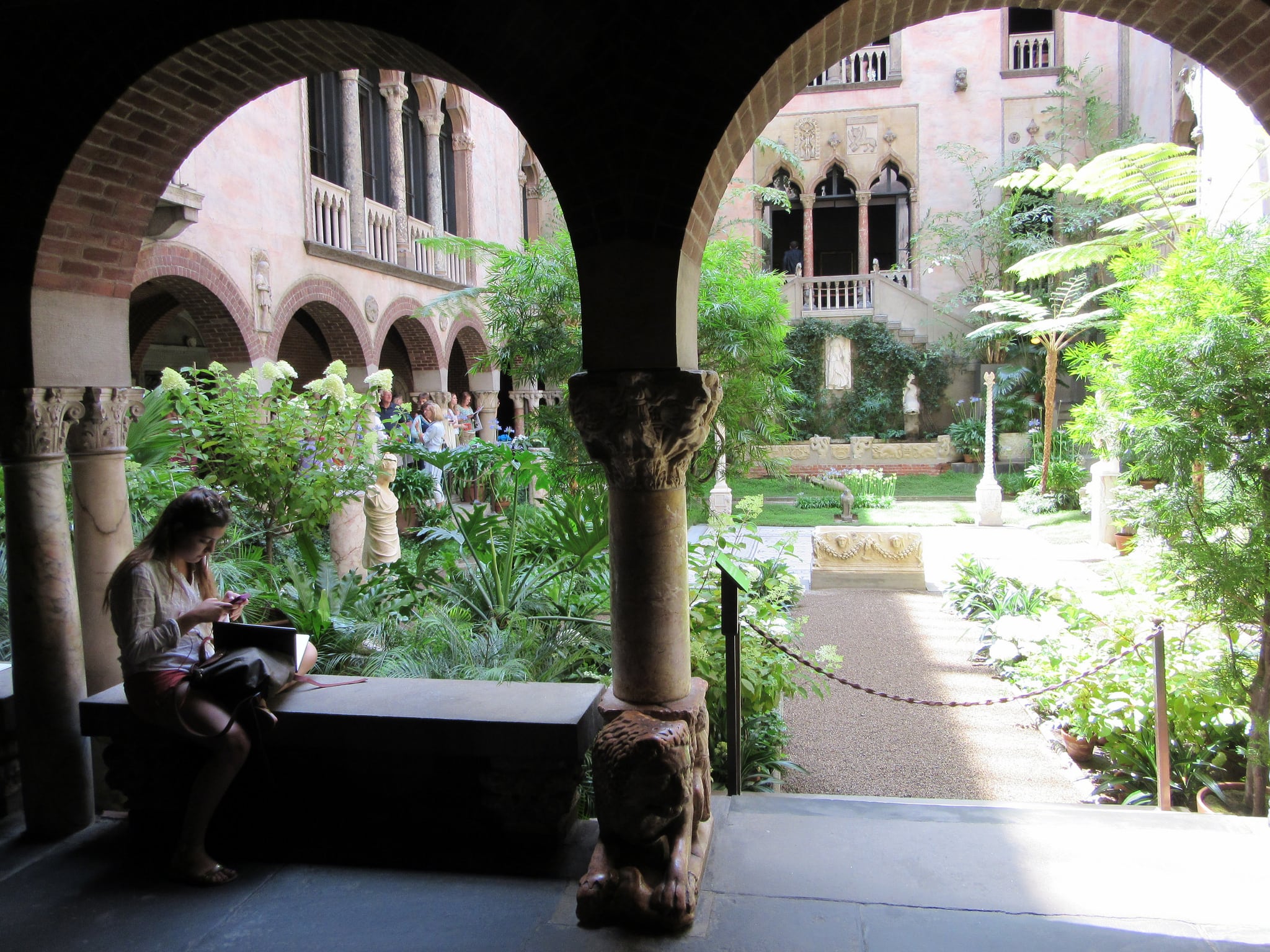 The woman traveled halfway around the world, visiting Europe, the Middle East and Asia. In her travels, she discovered her new purpose: to bring unusual and beautiful objects that would remind her of what she had seen. After valuable souvenirs filled several warehouses in Boston, Isabella decided to build a separate building to house her entire collection, which she opened to the public in 1903. 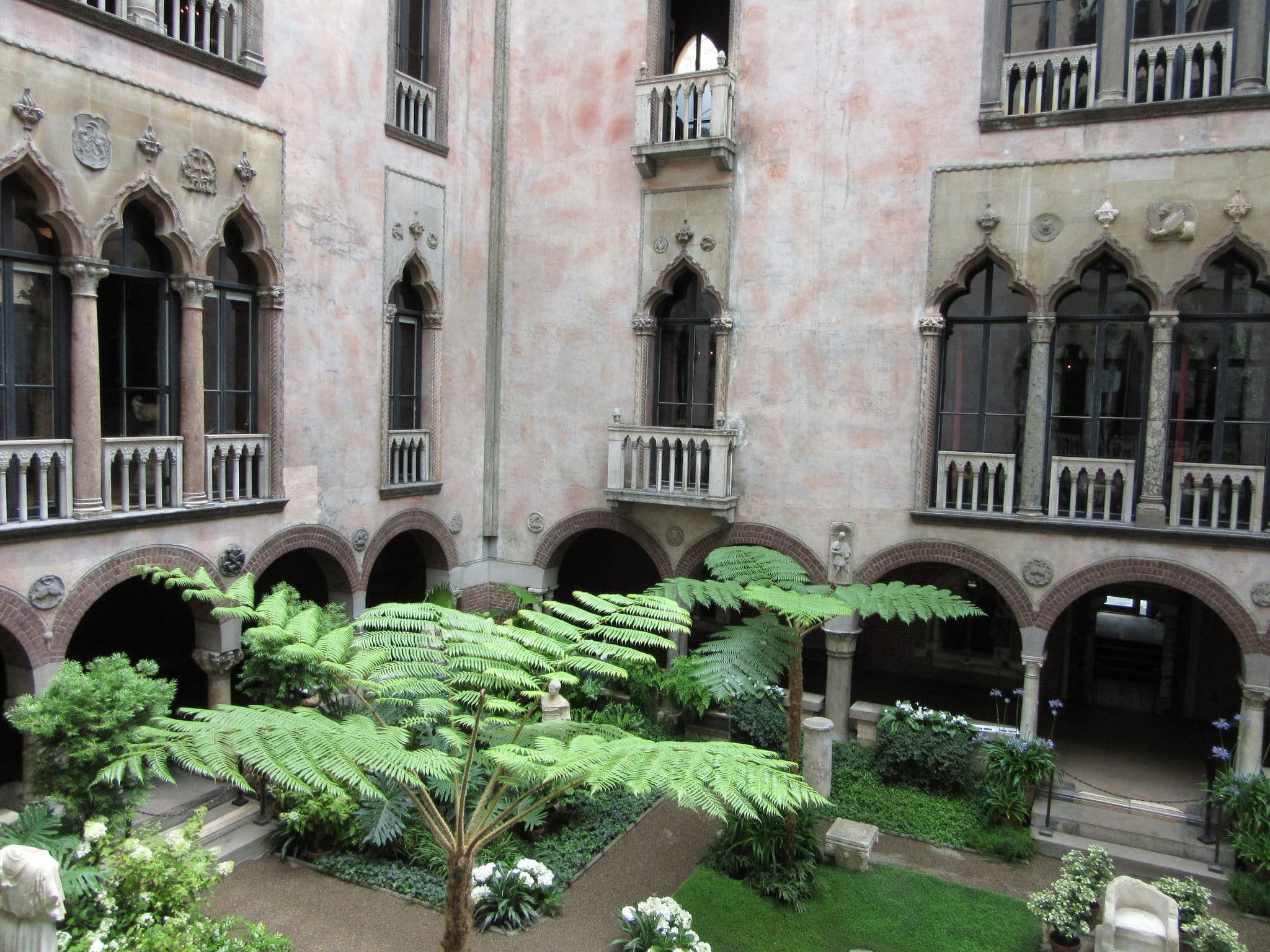 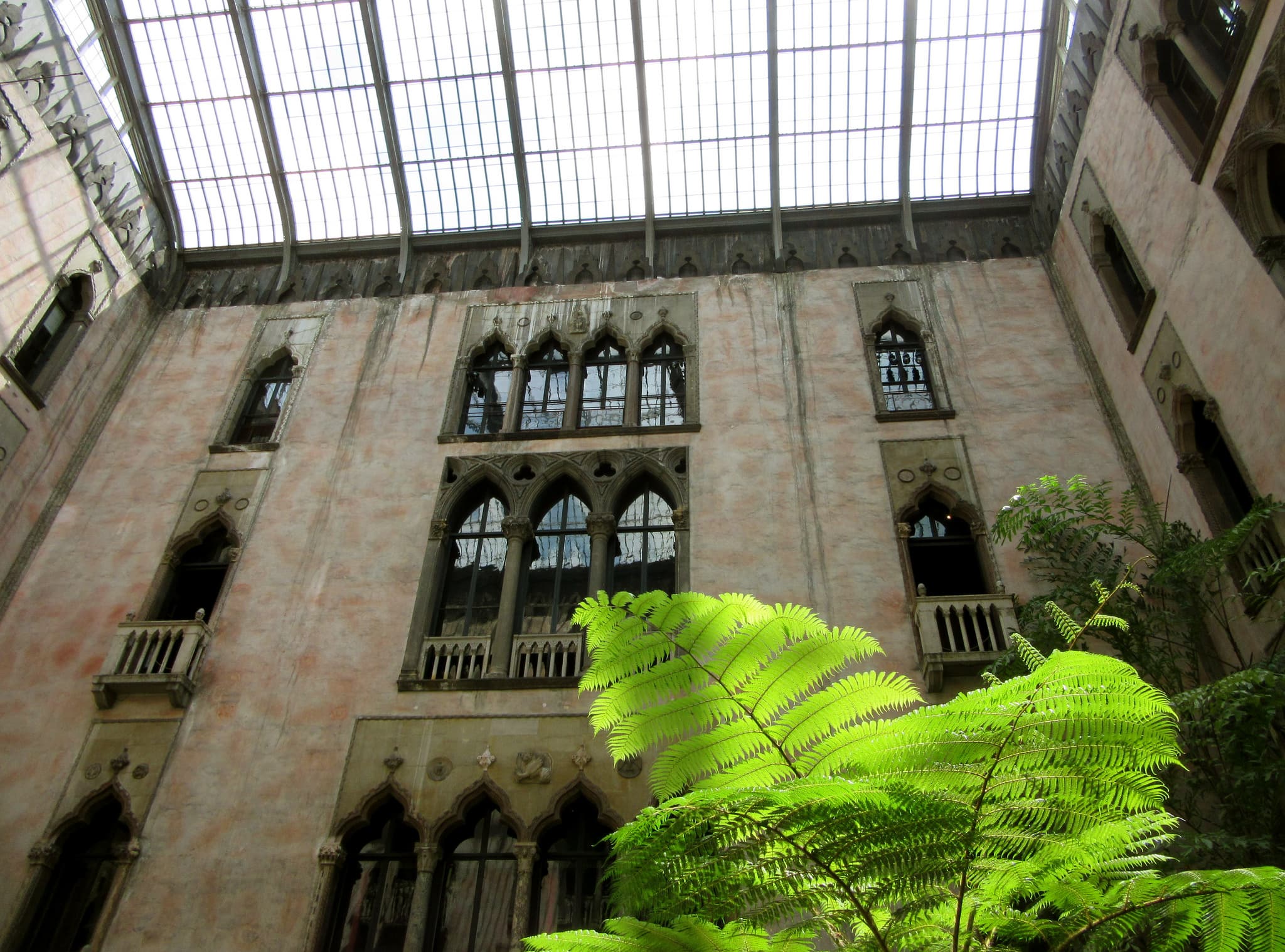 Even the museum building looks as if Isabella had brought it back from her travels. It is built in the style of a 15th-century Venetian palace and was inspired by the real-life Palazzo Barbaro, where Isabella once stayed. Inside the museum, consisting of three floors, the galleries hide a beautiful garden filled with life in all seasons. 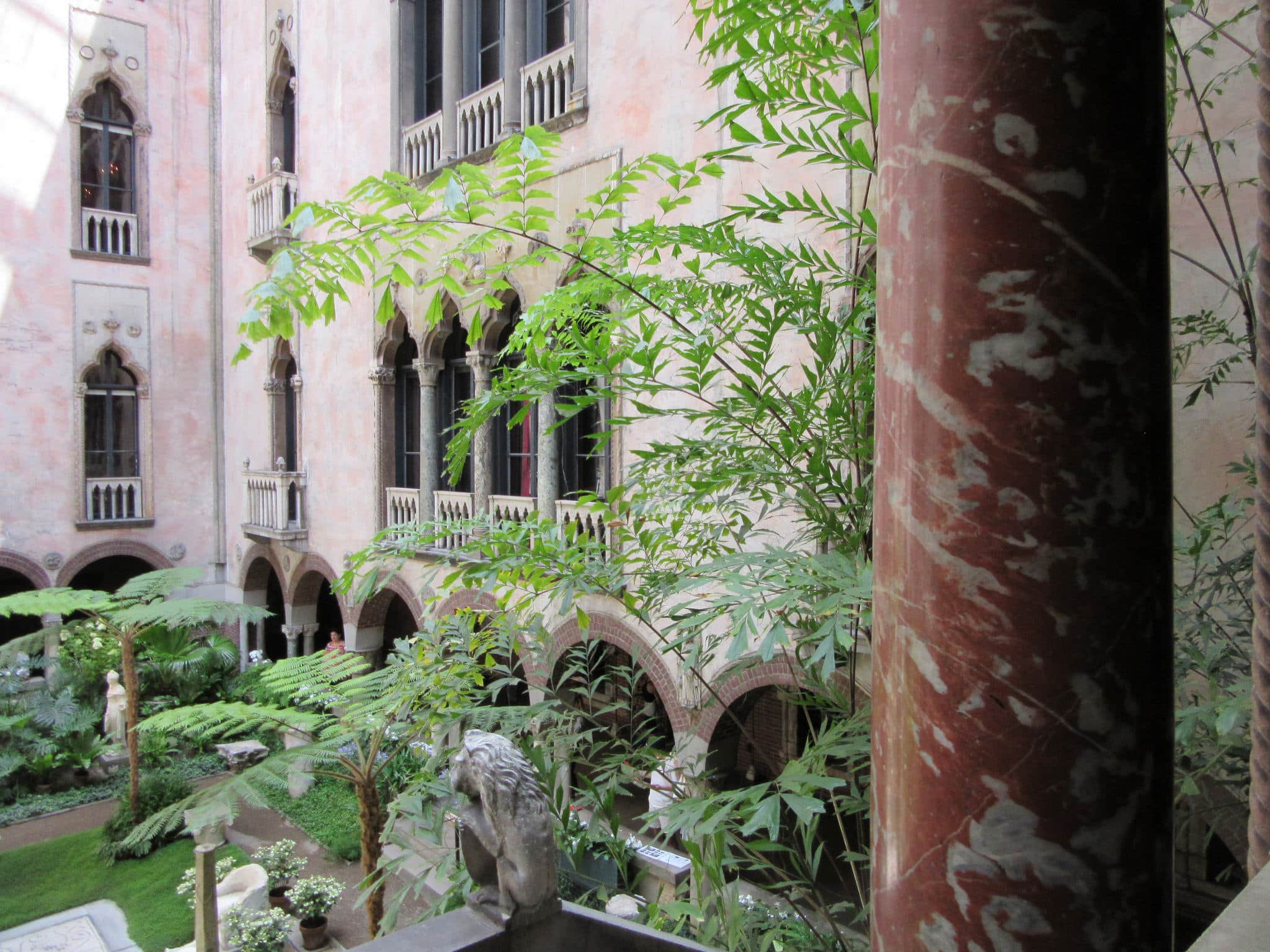 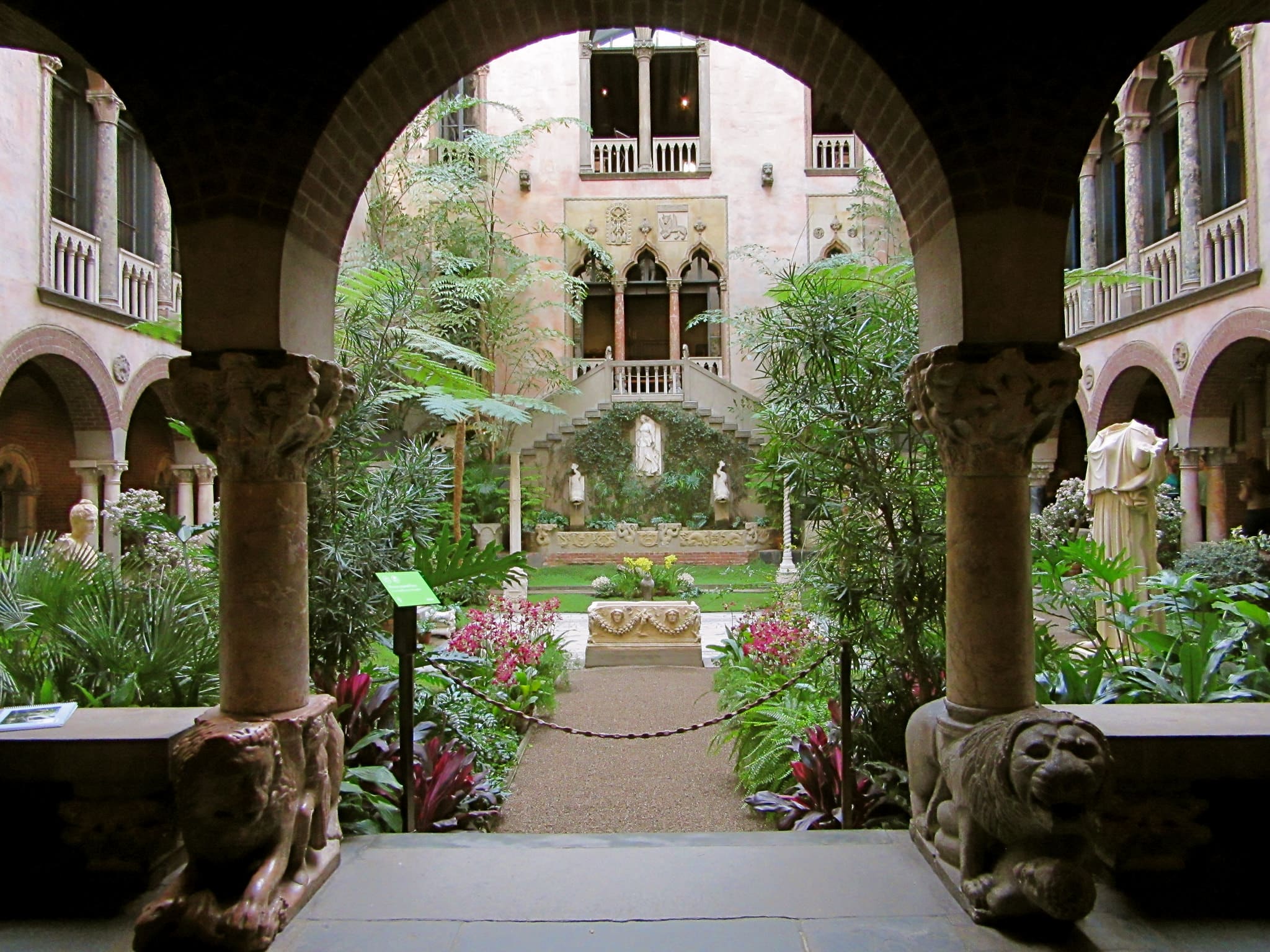 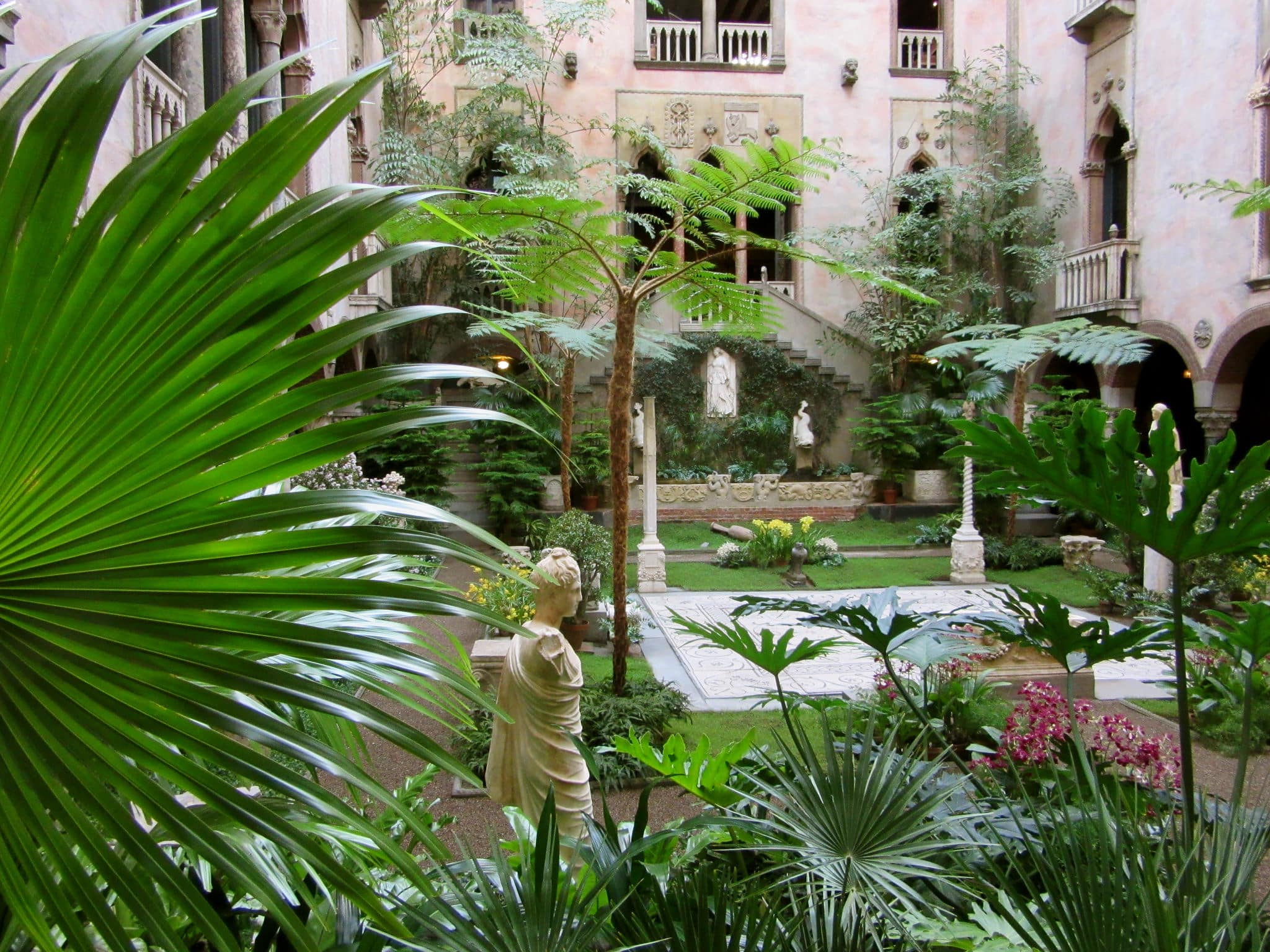 The Isabella Gardner Museum is known not only for its extensive collection, but also for its unique atmosphere. Most of the pieces of art have no signs next to them, and combined with the subdued lighting, it has the effect of visiting a private home rather than the usual museum. Feel like a guest in this magnificent palace, enjoying hundreds of beautiful pieces, including masterpieces such as Titian’s “The Abduction of Europe” and Raphael’s “Altarpiece of the Colonna Family. 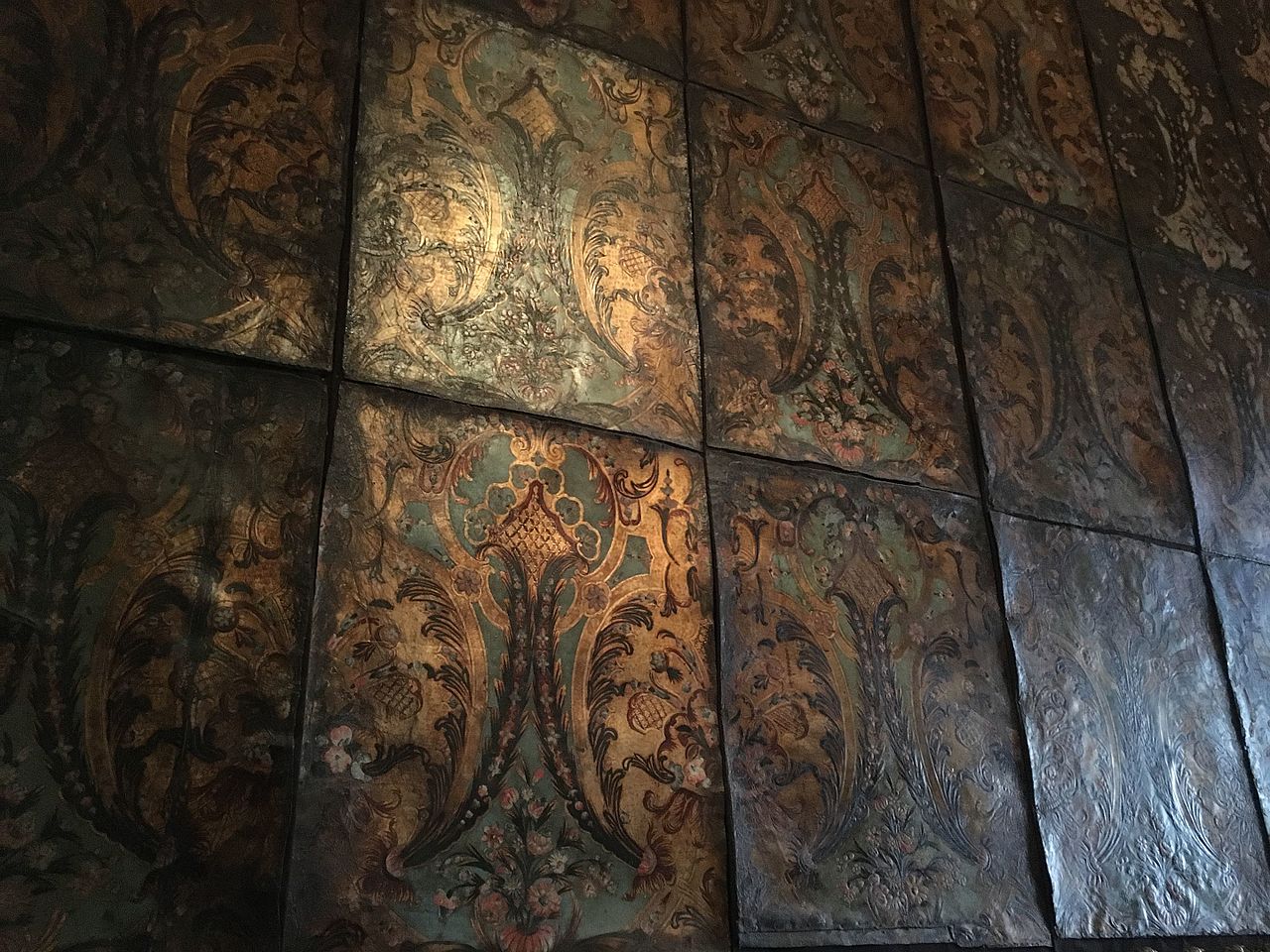 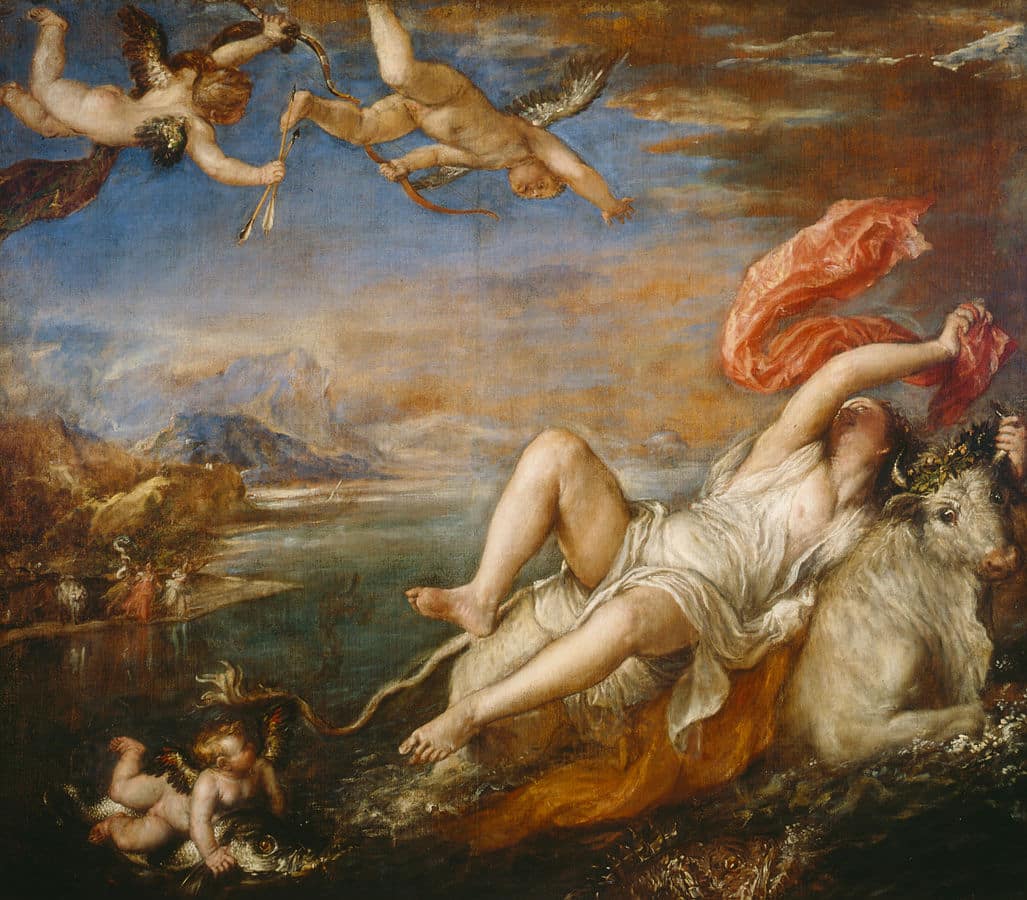 Isabella Gardner bequeathed that the collection would remain intact after her death, but due to private donations, by the beginning of the twenty-first century it became necessary to build a second museum building. The Italian architect Renzo Piano was involved in this project. 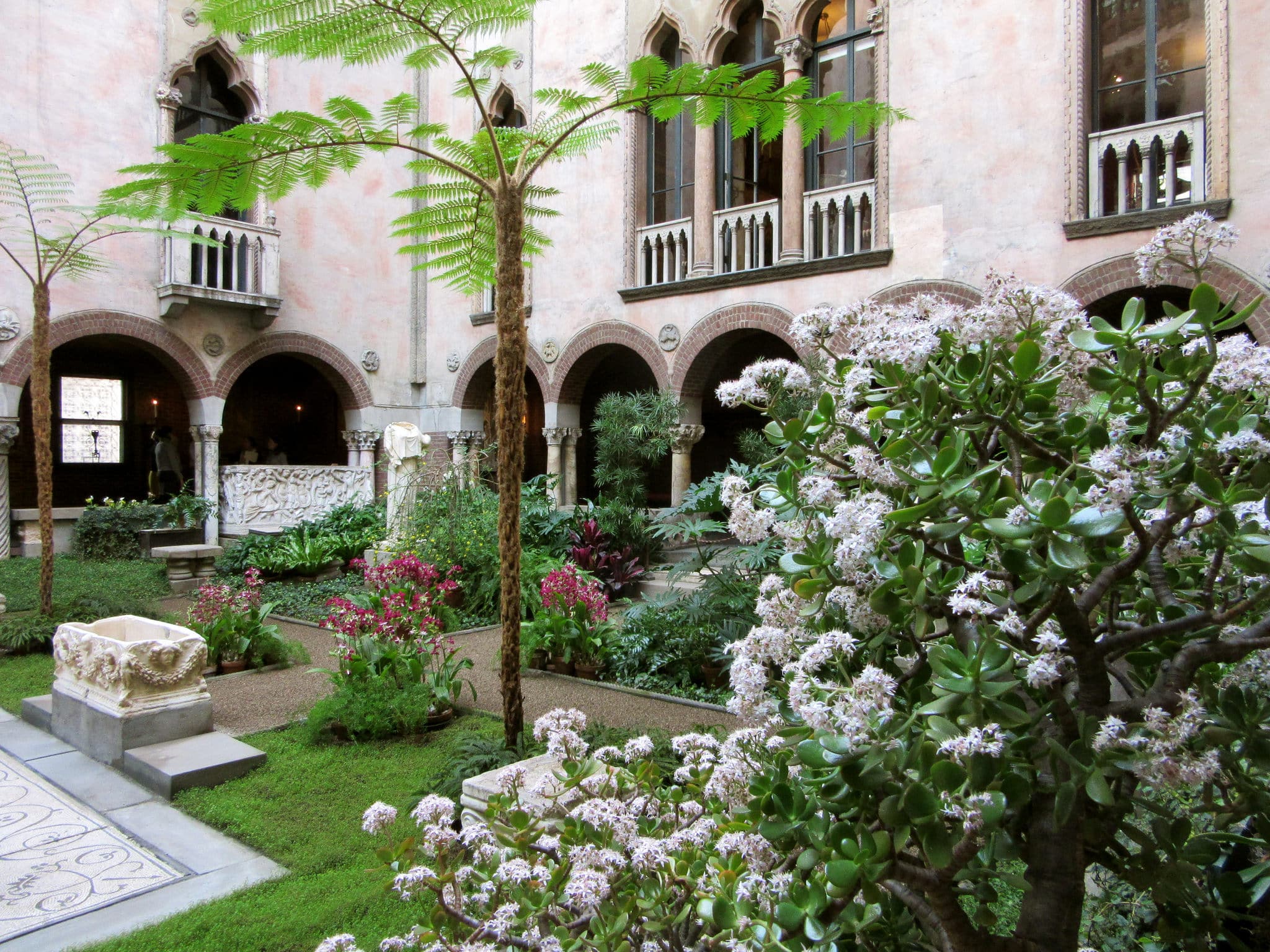