The 10 largest deserts in the world

Deserts are natural areas where all or almost all of the land is flat, the fauna is peculiar, and the flora may be absent. The presence of sand underfoot and high temperatures are optional conditions. Deserts can be not only sandy, but also icy, rocky, clayey, and solonchaky.

Antarctic: The largest desert in the world 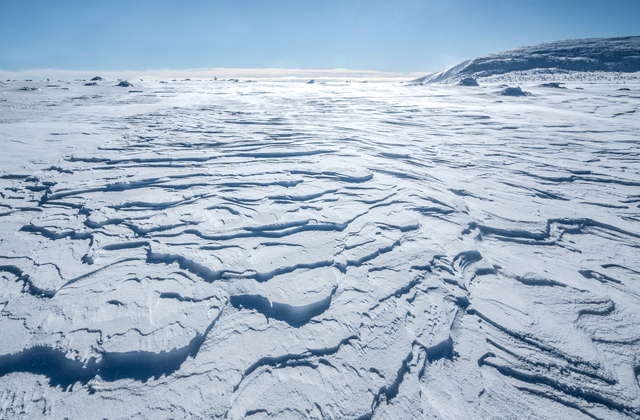 The largest desert in terms of area is the Antarctic Desert. Its area is 13.8 million km2 – it is like combining the territory of Canada and India. It is also the most beautiful lifeless place on Earth. And cold. This is where the record low temperature of -98 °C was recorded in 2018.

Only a few can survive in a desert characterized by a harsh climate. Therefore, the largest desert in the world is characterized by poor flora and fauna. Vegetation is represented by lichens, mosses and algae. Among the animals are some insects, birds, and the waters are inhabited by whales, sperm whales, killer whales and pinnipeds. 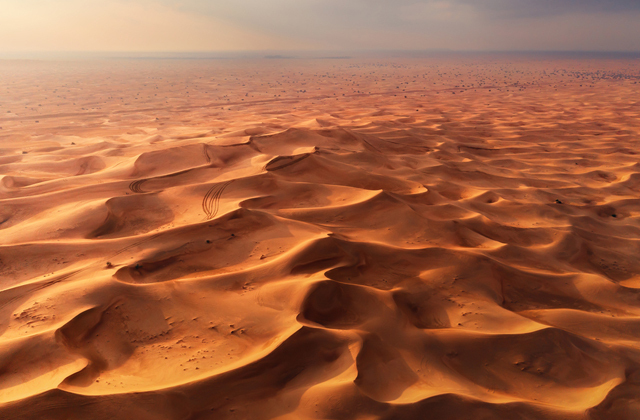 The largest desert on the mainland can compare in area to the United States, and it continues to grow. Lake Chad is predicted to dry up by 2040, and nothing will hold back the advance of the Sahara.

This has not always been the case. In ancient times, the Sahara Desert was a region with a moderately humid climate. Changes in the Earth’s orbit and shrinking polar ice sheets caused alternating periods of rain and drought, and gradually the region became what we know it to be. (Climate change continues. The Sahara has seen its fifth snowfall in the past 42 years.)

The flora and fauna of the Sahara present an amazing world that is not as monotonous as we think. True, human settlements form only in oases, and the desert is home to 2.5 million people, about five times less than in Moscow.

READ
The longest coastline in the world

Arabian Desert: Home of the Bedouins 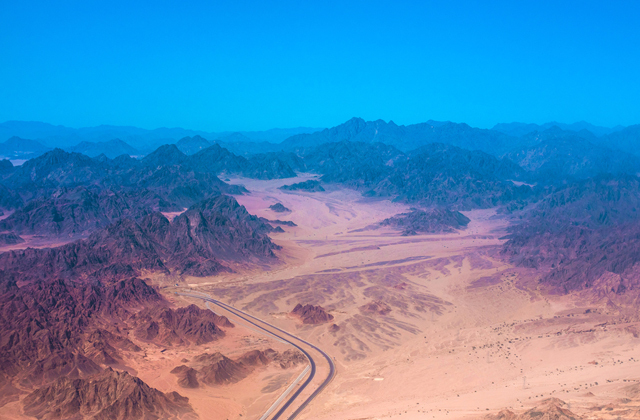 Based on foreign scientists, the Arabian Desert is the third largest desert in the world. So outside of Russia is called a complex of desert regions, which are located on the Arabian Peninsula, and the area is comparable to Algeria.

Curiously, in Russia, the Arabian Desert is called the northeastern part of the Sahara, which occupies about a quarter of Egypt. Then its area is much smaller – 222,000 km2 , which is comparable, for example, to the UK.

The Arabian Peninsula is considered the home of the Bedouins. About 300,000 years ago there were herds of elephants and other animals, people lived here, and the area itself was buried in verdure. Nowadays, due to extreme temperature extremes, flora and fauna are very sparse. During the day in the desert it may be from +56 °C, and at night it may reach -12 °C. (Do you know why deserts are hot during the day and cold at night?)

Gobi: the path to Shambhala 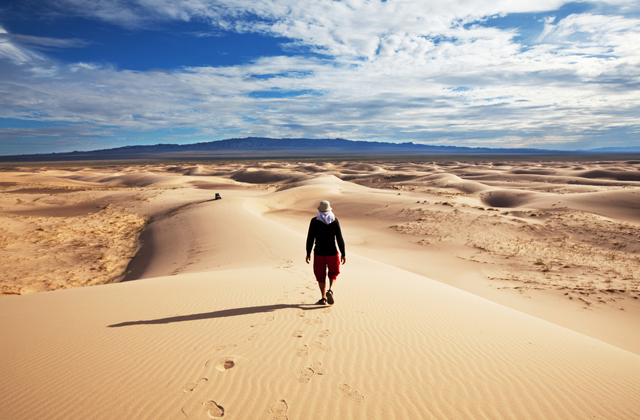 The Gobi Desert is slightly smaller than Peru in area. Temperature fluctuations in the region are also extreme: from -40 °C in winter to +45 °C in summer. There is not much sand, and most of the landscape is clay and rocks. Saigas, camels, gazelles, wolves inhabit the region and the Gobi bear can be found in the mountains.

According to legend, Gobi is the entrance to the mystical land of Shambhala, where there is a life-giving spring. In Mongolia there are tours to the monastery Hamarin-Head, which supposedly begins the road to Shambhala. But only to find the mysterious entrance so far no one managed. 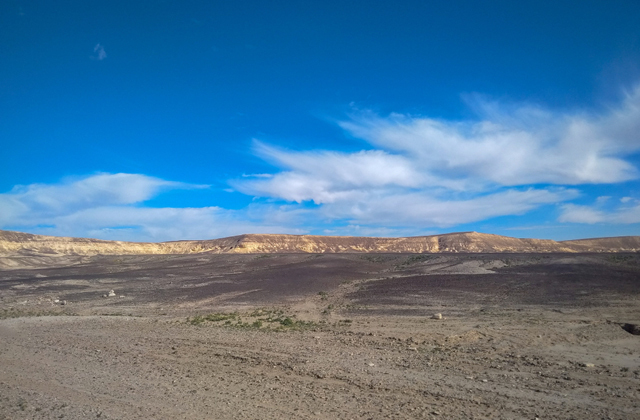 The Syrian Desert, whose area is comparable to Egypt, is rather a steppe with sandy areas. The desert covers about two-thirds of Syria. The region has linked the Mediterranean and Mesopotamia since antiquity. Only nowadays, camel caravans have become a rarity, and there are high-speed highways through the area.

READ
The largest canyon in the world: the Grand Canyon

Kalahari: the place where the sands sing 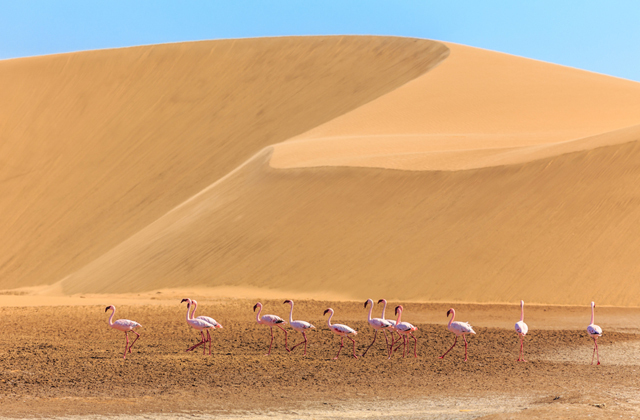 The desert covers about the same area as Venezuela. Thanks to the oasis in the Okavango Delta, the Kalahari is home to hippos, elephants, zebras, lions, giraffes and other fauna.

The main type of landscape is desert steppe, and since the local sands contain iron oxides, their color is predominantly orange-red. By the way, it is in the Kalahari where the “singing sands” are found. According to the legend, these are the voices of evil spirits imprisoned underground. There is also a scientific version: the synchronous movement of sand grains of the same shape forms a surface similar to the membrane of a loudspeaker. 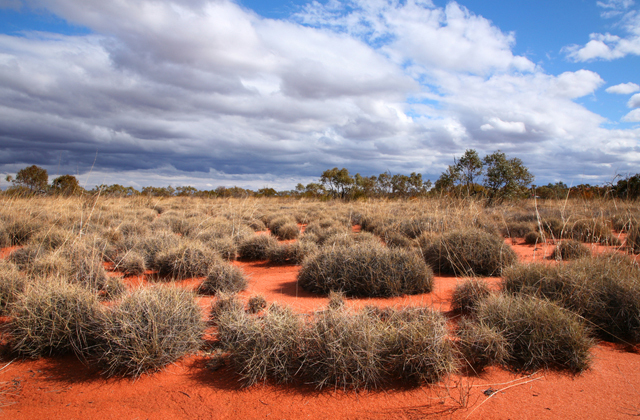 Average temperature : in winter about +20 °C, in summer about +36 °C. (Don’t forget that European and North American summers in Australia are winter.)

The sandy-saline desert is slightly smaller than Iraq, but larger than Japan in area. It was named after Queen Victoria by British explorer Ernest Giles, who was the first European to cross the desert in 1875.

The region is inhabited by Australian Aborigines, but much of it is one of Australia’s biosphere reserves. Vegetation is mostly eucalyptus and low-growing acacia trees. Animals include mammals, such as the dingo dog.

Karoo: the desert with flowers 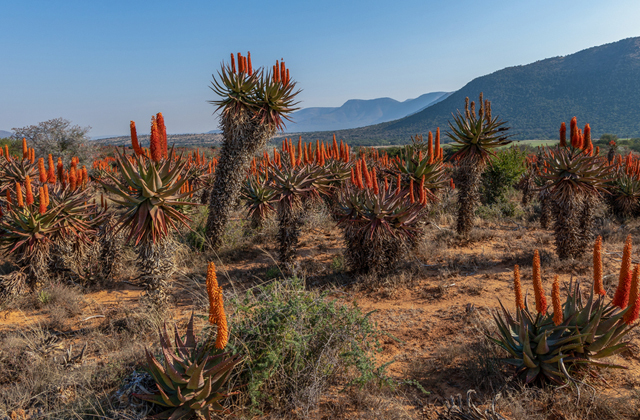 The Karoo Desert occupies a third of South Africa and takes over Namibia. It is about twice the size of Syria. To the east, the Karoo borders the Kalahari, and to the northwest it rests on the Namibian Plateau, which transitions into the Namib Desert. Interestingly, the east is dominated by a Mediterranean climate, but the desert area receives almost no moisture – it is hampered by the Cape Mountains. During the rainy season, irises, amaryllis, and lilies bloom in the Karoo.

Chihuahua: on the border between two countries 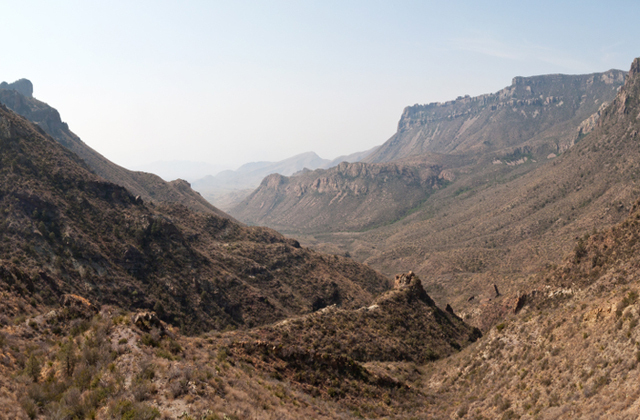 One of the largest deserts in the world, it is slightly larger than Germany and is an arid plain punctuated by mountain ranges. Thanks to its high altitude, it is less hot in summer and windy in winter.

Several major Mexican and American cities are located in the area. Under the town of Naica, Mexico, there is a cave unique in the presence of giant selenite crystals. The largest of them is 11 meters long and 4 meters wide, and weighs 55 tons, which is three and a half times the weight of the world’s largest animal, the blue whale. 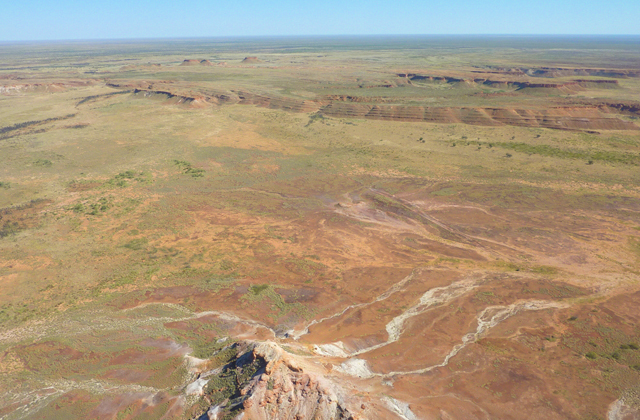 In north-west Australia is not only one of the largest deserts on earth, but also the hottest region of the mainland. From December to February, when it is summer in Australia, the temperature here is up to +35 °C.

It is assumed that the subsoil may contain minerals, but people are not attracted to it and there are very few settlements. Most of the landscape is made up of red dunes, crossed in places by ravines in which seasonal streams flow.

The site may use materials from Internet resources Facebook and Instagram, the owner of which is the company Meta Platforms Inc., banned on the territory of the Russian Federation.

The biggest deserts on Earth

What comes to your mind when you hear the word “desert”? Endless barchans on which the ships of sand are pacing – majestic camels? Or maybe a green oasis on the horizon, which beckons, promising to quench your thirst and save you from the scorching sun?

The Sahara is the largest desert on the planet. Its area is only slightly smaller than that of the United States, about 9 million km2. Eleven nations of North Africa are touched by the great Sahara, washing over them like a majestic ocean of sand.

READ
What is America's largest lake and where is it located

Mirages of the Sahara are legendary: an average of 100 to 200 thousand mirages are spotted each year on its territory.

The second largest desert in the world, covering an area of 2.3 million km2 and located in the Arabian Peninsula and territories of states such as Egypt, Saudi Arabia, Iraq, Syria and Jordan.

Much of the desert is uninhabited, due to frequent dust storms and strong winds. In addition, there are large variations in daily temperatures. During the day, an egg left on the sand can turn into a fried egg within 10 minutes. At night, the stones crack from the cold.

“Waterless place” is the name of the third largest desert, translated from Mongolian. It begins at the Altai Mountains and ends at the Huang He River.

In order to prevent the expansion of the desert the Chinese government implements the project “Green Wall of China”.

Australia is the land of kangaroos and the funny koala. A land of cockatoos and endless beaches, on which it is so pleasant to relax. And at the same time, almost half the continent is given over to the power of deserts, the total area of 647 000 km2.

Although the desert as we know it today is a pile of sand, the Australian desert is something else entirely. Here you can meet both our usual sandy deserts and stony deserts, all of which are covered with fine gravel. In addition, the Australian Desert is also famous for its red dunes, some of which are as high as 40 meters.

Another African wasteland, whose name translates from Berber as “painful. It begins near Namibia and Botswana and ends in South Africa.

The area occupied by the Kalahari, or as the locals call it the Karri Karri, is 600,000 km2. Moreover, as a result of alluvium, its area is constantly increasing, taking away more and more areas from civilization. Countries that have become the next victims of the painful desert include such countries as: Angola, Zambia and Zimbabwe.

READ
Hyperion: the tallest tree in the world

On the territory of the desert there are the so-called “Gates of Hell” – a unique crater, which has been burning uninterruptedly for over forty years. Back in 1971, a simple exploratory well failed with all the equipment, because the drillers hit the underground cavity. The idea to burn the gas was not a good one.

There are also ridges 60 meters high here! The desert makes up most of Turkmenistan and is used by the inhabitants as pasture for livestock.

The Takla Makan is a record-breaker in low temperatures. It even saw snow in 2008!

The Salar de Uyuni is Bolivia’s salt desert, the largest in the world. According to some estimates, it contains 10 billion tons of salt.

When it rains, the desert turns into the largest mirror in the world. It is an amazing sight!

South American desert, considered the most arid among other hot deserts. To survive, the flora of the Atacama has adapted to this climatic feature. Plants there do not grow or reproduce during periods of drought.

There is a sculpture of a giant hand, an emotional symbol of vulnerability, helplessness and loneliness of man in the sands: a giant buried under the ground as if asking for help from a higher power. The 11-meter high Mano del Desierto monument was erected by Chilean sculptor Mario Irarrázabal in 1992. This iron and cement masterpiece is the only reminder of human presence in the scorched sandy landscape a few tens of kilometers around.

The ice desert, unique and the only desert in the world, covers an area of 14 million km2!

In 1983, a record low temperature of -89°C was recorded there. It is because of the cold that Antarctica is the driest place on our planet – frost simply dries out the water. The norm of annual precipitation there does not exceed 4 cm.