The largest glacier in the world, Lambert Glacier

Enter username of user whose records you want to find

The largest and longest glacier in the world

The Lambert Glacier in East Antarctica is probably the world’s greatest glacier. Its width reaches 64 km where it crosses the Prince Charles Mountains, and its length, if you count its marine extension, the Amery Ice Shelf, is about 700 km. It collects ice from about one-fifth of the ice sheet of East Antarctica; if you do the math, it turns out that about 12% of the Earth’s freshwater supply passes through the Lambert Glacier. This staggering figure is as difficult to comprehend as it is to appreciate the greatness of the Antarctic glacier. The popular image of an alpine or Himalayan glacier flowing down a slope like an ice river is, strictly speaking, inapplicable to the Lambert Glacier because of its enormous size. Taking pictures from space is the best way to see enough of it to know that it really is a glacier.

Glaciers move slowly. The fastest, the Jacobshavn Glacier in Greenland, travels 7 km per year, while the Lambert Glacier slides down the Prince Charles Mountains at only 0.23 km per year, gradually accelerating to 1 km per year at the Amery Ice Barrier. However, although it does not move fast, it moves powerfully, as about 35 cubic kilometers of ice pass through it per year.

The surface of a glacier like this, if you look at it from a great height, such as from an airplane, is marked with current lines – natural ribs of ice, indicating the direction of its movement, like strokes of a giant brush on the oil of a panoramic picture. From the ground these ribs are invisible, but they can be identified by sections of parallel cracks. They are created by different speeds of ice movement inside the glacier, may be formed by unevenness of the glacier bed or obstacles in its path. In this case, an area of disorderly cracks forms, as, for example, in places of abrupt change in the angle of inclination of the terrain; this phenomenon is called an icefall and is analogous to a waterfall on a river. Some of the cracks below Gillock Island, formed because the glacier is forced around this island, reach more than 400 m . wide and 40 km . long, surpassing the size of some alpine glaciers.

READ
The largest canyon in the world: the Grand Canyon

Over these huge cracks, or rifts, snow bridges are thrown, instilling shyness in the traveler forced to use them. However, despite their enormous size, crossing them is quite safe, because the additional weight of the tractor is infinitesimal compared to the weight of the snow sustained by the bridge. The transantarctic expedition of Sir Vivian Fuchs (1955-1958) encountered similar cracks after leaving the South Pole, and, according to accounts, went down the slope to the bridge and up the slope again on the other side. The main danger was the small cracks at the edge of the bridge itself. Elsewhere, the journey across the glacier can be relatively uncomplicated, as long as one avoids the known cracking areas. Like the rivers of Africa to the pioneers of this continent, Antarctica’s glaciers often offer explorers an obvious way inland. Shackleton discovered Bridmore Glacier, which opened a direct path from the Ross Ice Shelf to the Polar Plate; Scott and four of his companions chose the same route for their fateful journey to the Pole.

Lambert Glacier on a map: 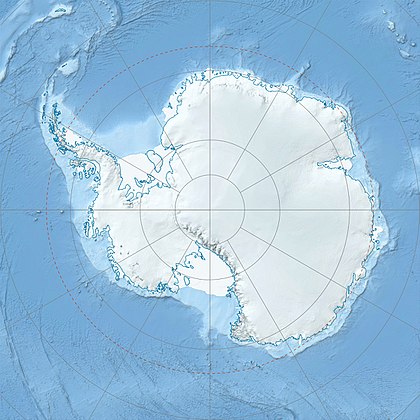 The Lambert Glacier is the world’s largest outlet glacier located in East Antarctica.

The glacier originates in the northern part of the MGH Valley and flows into the Amery Ice Shelf. Its length is 470 km, width – from 30 to 120 km. On the left side of the glacier are the Prince Charles Mountains; here the largest tributary, the Fisher Glacier, flows into it.

The glacier was discovered by an Australian expedition in 1957 and was named in honor of the head of the Australian mapping service, Bruce Lambert.

The area of the glacier is about 8 percent of the ice area of the mainland. The glacier moves toward the ocean at a rate of about 1,000 m per year [ source not shown 166 days ] .

READ
How to get to the Shondong Cave in Vietnam and how much does it cost?

See what “Lambert Glacier” is in other dictionaries:

LAMBERT GLACER – (Lambert Glacier) The largest glacier on the globe in Antarctica, descending through the MGH Valley. Feeds shelf glacier Aymeri. It is about 450 km long and 30-40-120 km wide. It was discovered in 1957 by the Australian expedition. They are named after the leader of the… Great Encyclopaedic Dictionary.

LAMBERTA LEADER – LAMBERTA LEADER, the largest glacier on the globe in East Antarctica. It is about 450 km long and 30 120 km wide. Discovered in 1957 by the Australian expedition … Modern Encyclopedia

EXTRACTIVE glacier – the most mobile part of the edge of cover glaciers, a stream of ice that has the properties of valley glaciers. Usually confined to the subglacial valleys, and with the contraction of the blanket glacier is transformed into a valley glacier. The speed of movement of L. v. reaches 1000 … … Geological Encyclopedia

Lambert Glacier – (Lambert Glacier), the largest glacier on the globe in Antarctica, descending the MGH Valley. It feeds the Amery ice shelf glacier. Length about 450 km, width from 30 40 to 100 120 km. It was discovered in 1957 by the Australian expedition. It was named after the leader of the… Encyclopaedic Dictionary.

Lambert Glacier, the world’s largest outlet glacier, in East Antarctica. The glacier has its origins in the northern part of the MGH Valley; it flows into the Amery Ice Shelf Glacier. It is 470 km long and 30-120 km wide. On the left side are the Prince Charles Mountains; here flows the largest … Encyclopedia of Geography

Lambert Glacier is the world’s largest outlet glacier, located in East Antarctica. It originates in the northern part of the MGH Valley (See MGH Valley) and flows into the Amery Ice Shelf. It is 700 km long and 30-40 km wide. Research area………The Great Soviet Encyclopedia

READ
The world's most famous skyscrapers

Amery Ice Shelf – (Amery Ice Shelf), on the coast of East Antarctica, between 70 75° E, washed by the Commonwealth Sea. Ice comes mainly from the Lambert Glacier. About 40 thousand km2. Thickness of the ice is 200 800 m. It was discovered in 1931 by the British-Australian-New Zealand……..Encyclopaedic Dictionary

Amery Ice Shelf, on the coast of East Antarctica, between 70 75° E, washed by the Cape of the Commonwealth. Commonwealth. Ice comes mainly from the Lambert Glacier. About. 40 thousand sq. km&sup2. Thickness of ice is 200 800 m. It was discovered in 1931 by the British-Australian New Zealand………The Great Encyclopaedic Dictionary

Amery Ice Shelf – (Amery Ice Shelf) in East Antarctica, between the Lars Christensen and Ingrid Christensen Shores. It is more than 200 km long and 400 to 800 m thick. It extends 250 km inland. In the south, it is attached to the Lambert Glacier………The Great Soviet Encyclopedia