In this section collected records of natural and man-made objects, which holds the palm superiority in any category. The largest and the smallest, the longest and the shortest, the highest and the deepest – all objects that can rightfully be placed in the “Guinness Book of Records”.

Cape Piai is the southernmost point of mainland Eurasia, located in the extreme south of the Malacca Peninsula in Malaysia.

Antilia Tower in Mumbai is a 27-story skyscraper because the floors are separated by large spaces and built for Indian businessman Mukesh Ambani.

Shondong Cave was discovered in 1991 in a completely trivial way. Over time, however, the discovery shocked the world by becoming the longest cave in the world.

Red Thread is one of the seven wonders of the world in the field of architecture, it is impossible to imagine that before this place was a simple dump.

Even from school curriculum, everyone knows that the deepest point of the planet is in the Mariana Trench, at the bottom of the Pacific Ocean.

Hot sun, white sand and endless ocean – you can find it all in the Ocean Dome Water Park, the largest water park in the world.

The longest dwelling house – its length is 1,750 meters, taking into account the spurs – 2,775 meters, built in the form of a honeycomb.

The biggest cave in the world is located in Phong-Nha-Kewo National Park, Vietnam. Its name is Hang Son Doong.

The largest canyon in the world is the Grand Canyon on the Colorado River in north-central Arizona.

READ
The 100 Best Modern Art Museums in the World

The highest mountain passes on Earth are you dizzying heights, thin air, and cold temperatures.

The largest and longest glacier in the world is considered – Lambert, which is located in East Antarctica.

The steepest mountain peaks are in the list of the world’s highest mountains and their conquest deserves your attention.

One of the most ambitious projects of the Soviet era was the Kola Superdeep Borehole, 12,262 meters deep. It practically cost the same as an American mission to the moon.

The Atacama Desert (Chile) is the driest place on Earth, a desert on the west coast of South America, there are areas where it has never rained.

Canada has the longest coastline, with 202,080 km of coastline.

What do nature lovers, travelers and adventurers have in common? They all know how to appreciate the natural beauty of the world, and for good reason. You don’t have to be an ardent naturalist to appreciate all the riches of our planet’s nature. After all, this is the only way we can thank her for her interesting and mysterious world. We offer you a list of the ten most outstanding geographical objects of our planet. 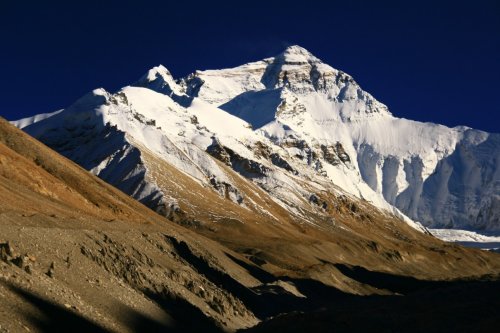 10. The highest point in the world As you might have guessed, we are now talking about Everest, the highest point on the globe. The height of Mount Everest is 8,844 meters above sea level. This peak is on every decent adventurer’s list of places to conquer. First discovered in the 1850s, the mountain was named for Inspector General George Everest, who ironically never saw the peak. Despite the romanticism of the idea of conquering this peak, climbing Everest is a rather dangerous activity that has already claimed the lives of several people. 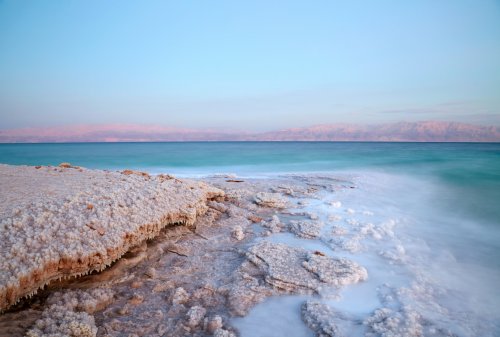 9. Lowest point of the globe The lowest point of the globe is considered to be the Dead Sea, which is 434 meters below sea level. Moreover, in the past 40 years it has sunk even lower (almost 25 meters). One of the most interesting phenomena of the Dead Sea is the red algae bloom, which causes it to change its color in a single moment. This happened in 1980 and 1992.

READ
100 of the world's most interesting and shocking facts

8. The northernmost point on the planet.

No, it’s not the North Pole. In terms of the entire globe, it would be the North Pole, but not in terms of land – it is Kaffeklubben Island (Greenland), located in the Arctic Ocean. This island is located 443.3 kilometers from the North Pole and was first discovered by Robert Peary (an explorer of the American Arctic) in 1900. It was named by Danish explorer Laughe Koch in 1921. As strange as it may sound, but Kaffeklubben means “Coffee Club” in Danish, today few can explain what exactly guided Laughe when he came up with such a name. 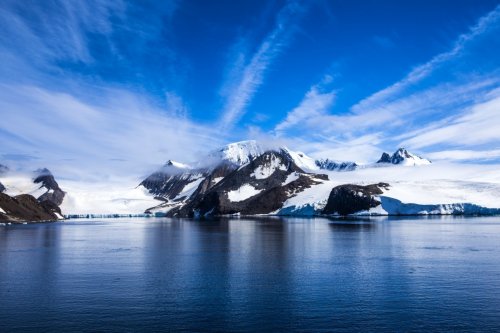 7. The southernmost point on the planet This time it is really the South Pole, located in Antarctica. This place rises only 100 meters above sea level, although the ice cover here reaches a thickness of 2,700 meters. Interesting fact: at the South Pole you can witness sunrise and sunset only once a year, in September and March respectively.

6. The most remote island on the planet Bouvet Island is one of the loneliest islands in the world. It is located in the southern Atlantic Ocean and is the territory of Norway. It is a completely volcanic island, and its central part is all covered with an ice crust. In fact, it is a huge extinct volcano. The island was first discovered by Jean-Baptiste Charles Bouvet de Lozier on January 1, 1739, and a little later was named after its discoverer. The island is uninhabited, with an area of 59 square kilometers and an elevation of 935 meters above sea level. 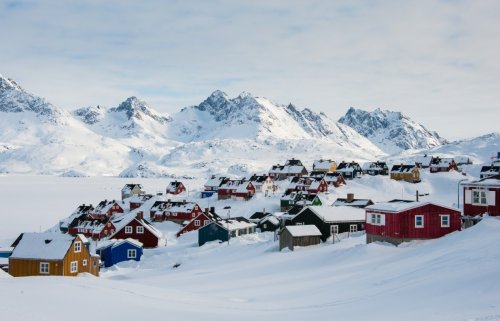 5. The largest island The largest island in the world is Greenland. Its surface area is 2,166,086 square kilometers. Originally the island was controlled by Denmark, but since 1979 and to this day it is a separate state with its own government and parliament. Because of the unfavorable conditions for life, the population of Greenland has only 57,000 people. Most of the island is covered by ice, which in some places up to 4 kilometers thick. And although the fishery resources here are already quite depleted, the melting of glaciers has come to the rescue of the locals, exposing easily accessible mineral resources and providing them with a new source of livelihood.

READ
Kenya - The Republic of Kenya, a state in East Africa 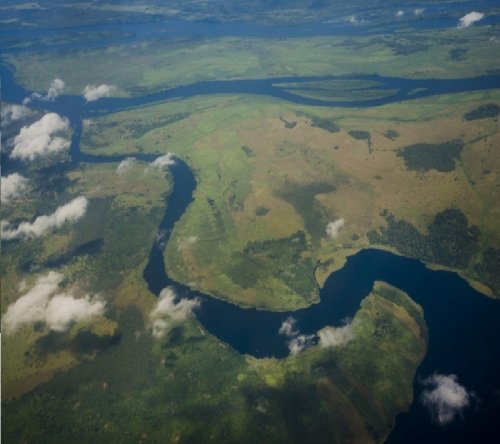 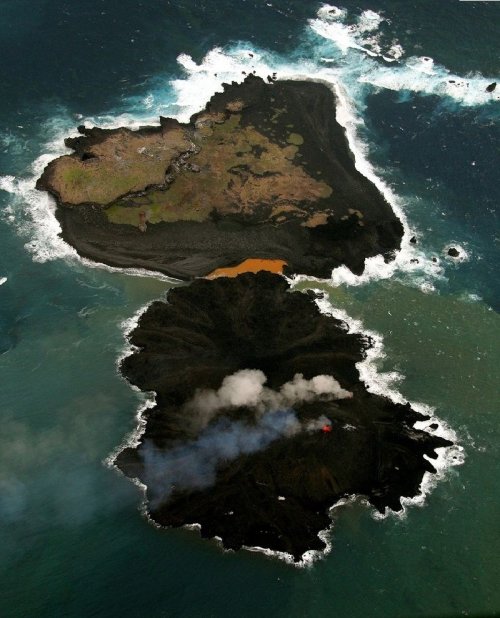 3. The youngest island Niijima Island is a small volcanic island located in the Philippine Sea. It appeared as a result of a volcanic eruption in late November 2013, 163 miles south of Tokyo. This proves once again that the Earth’s surface is constantly changing, but despite the fact that everyone expected that Niijima would soon disappear, it remained in its place, contrary to public opinion. 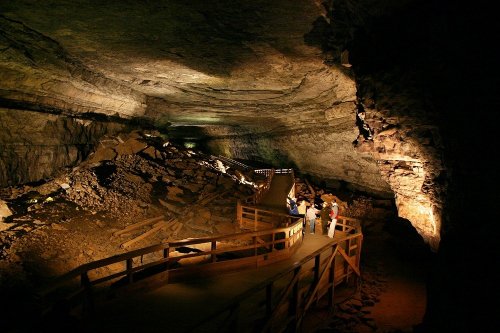 2. The Longest Network of Caves The Mammoth Cave System, Flint Ridge is located in the American state of Kentucky. It is the longest cave network in the world at approximately 52,830 hectares, twice the size of Mexico’s second largest underwater cave network, San Actún. It is a remarkably stable cave system formed in a layer of limestone. Currently the explored portion of the caves is 630 kilometers, and it increases every year. 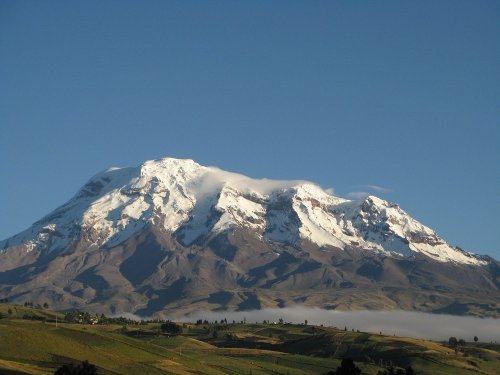 1. The farthest point from the center of the planet No, it is not Mount Everest. The most distant point from the center of the Earth is Mount Chimborazo, an extinct volcano in Ecuador. The mountain is 6,268 meters high, and although it is not the highest mountain, its location on the equator makes it so. The mountain is located 1 degree south of the equator, and because our planet is flattened from the poles, the equator is the “thickest” place on our planet.