30 Most Impressive Ruins of the World. Part 1 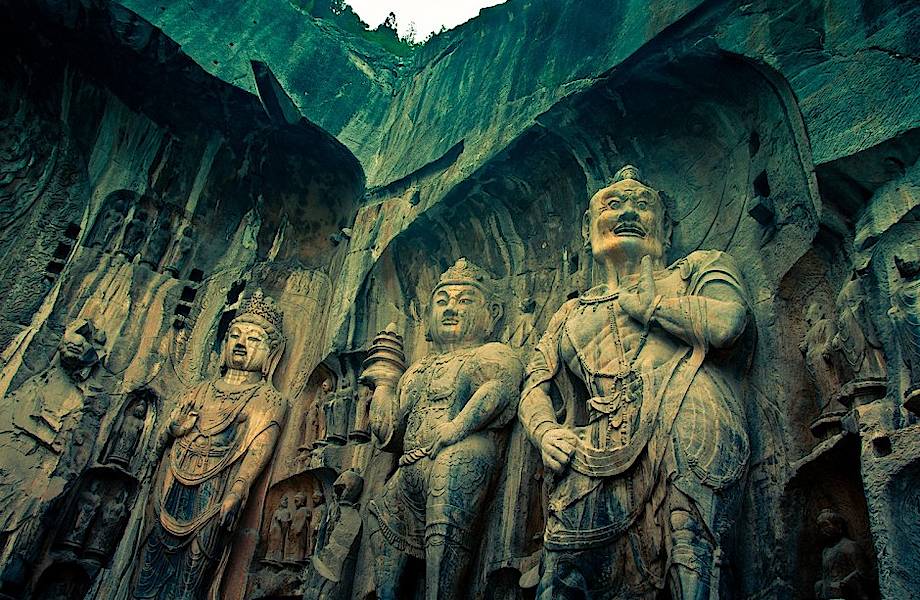 Without a doubt, modern buildings are beautiful, aesthetic and comfortable in terms of technological progress. But nothing can compare to the buildings of the past, if only because they have stood the test of time. Many of the construction methods of ancient cities, temples and monuments are still a mystery to this day, thus attracting tourists from all over the world. TravelAsk offers to enjoy together the great achievements of mankind.

Test yourself on your knowledge of the most amazing and enduring ruins of ancient civilizations. 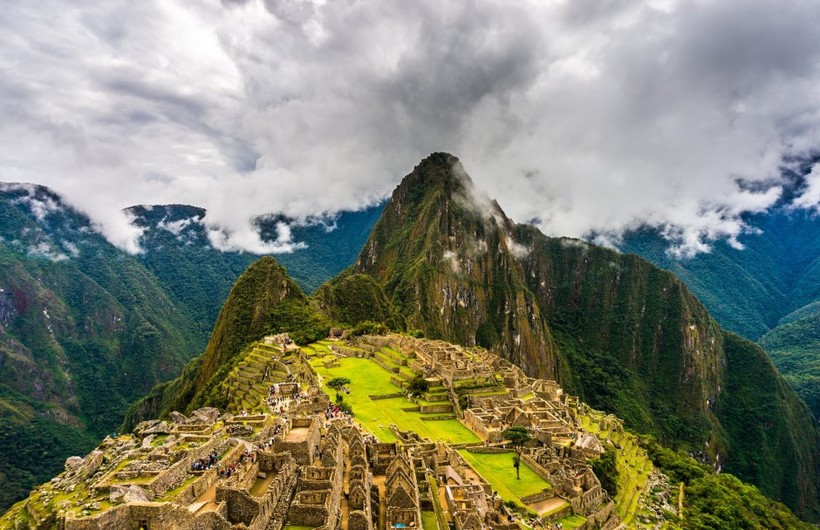 Machu Picchu, the “lost city of the Incas,” or as it is also called, “the city among the clouds,” was discovered by American archaeologist Hiram Bingham in 1911. The ruins are located on top of a mountain range at an altitude of 2,450 meters. Archaeologists suggest that the city was established by the Inca ruler Pachacutec as a sacred mountain refuge a century before the conquest of the empire, that is, around 1140, and functioned until the Spanish invasion of the Inca Empire in 1532. 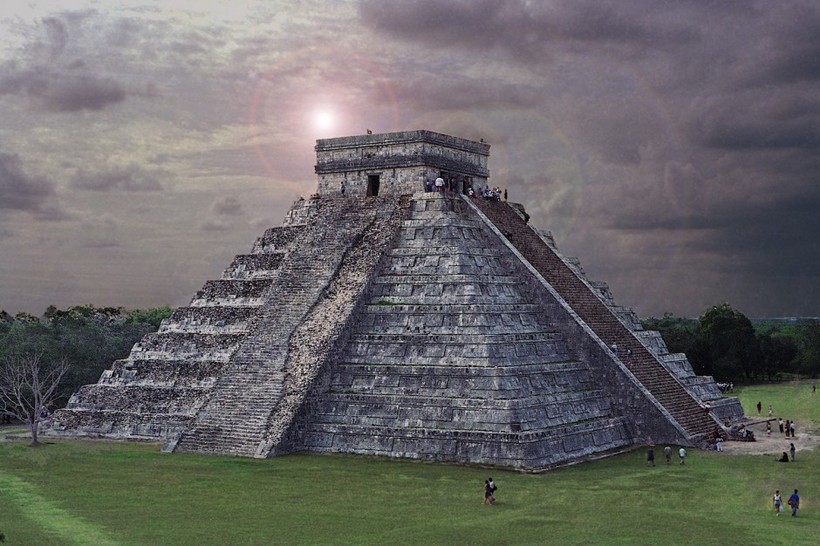 Sacred city of the Itza people, founded around the 7th century AD. The name “Chichen Itza” means “mouth of the well of the Itza tribe”. The ruins of the city can be divided into two groups: the first includes buildings from the Maya period, and the second group of buildings belongs to the Toltec period. More than 1.2 million tourists visit Chichen Itza every year, making it one of the most visited archaeological sites in Mexico. 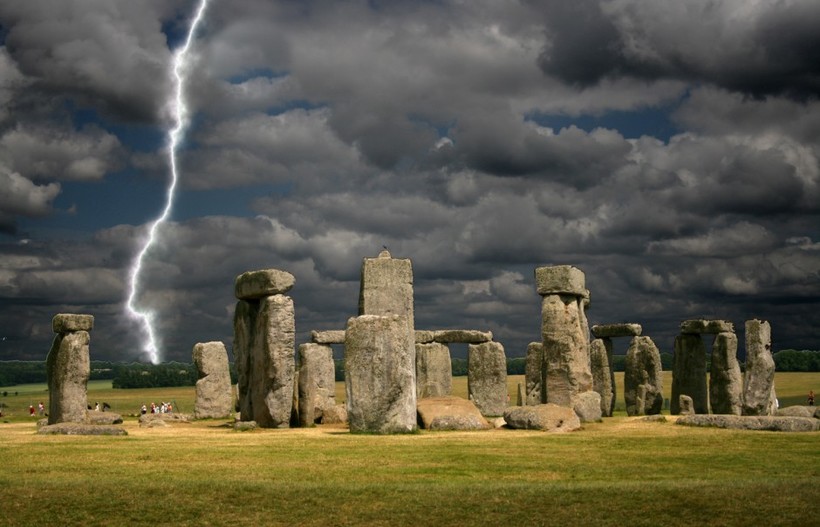 This prehistoric monument in the English county of Wiltshire is one of the most mysterious. Archaeologists believe it was built between 3000 and 2000 B.C. There are about a hundred versions of its origin and purpose: an altar, a tomb, an ancient observatory, an art object, a navigation system and even a coded message to descendants. Ta Prohm (or Ta Prum) was originally called Rajavihara. As you know, most of the temples of the ancient capital Angkor were largely rebuilt, but Ta Prohm remained untouched (except, of course, for the overgrown jungle here). 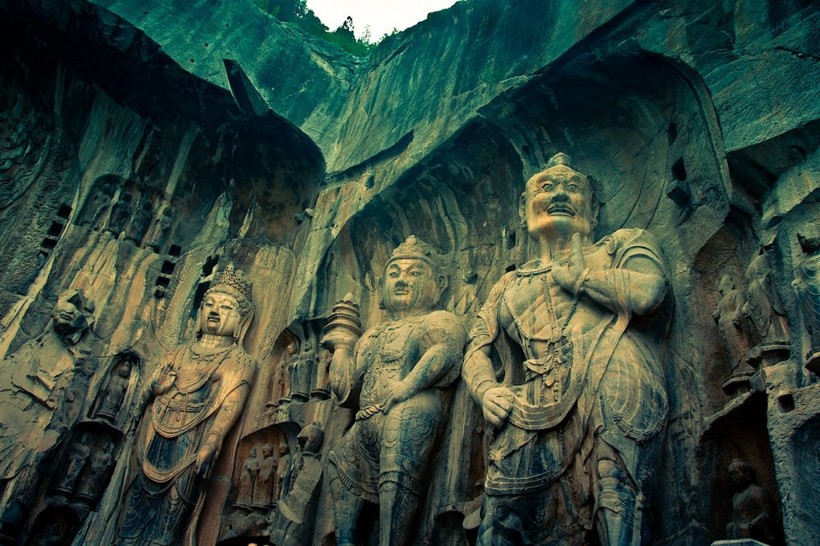 Literally, the Dragon Gate Stone Caves are a complex of Buddhist cave temples carved in 495-898 in the limestone rocks along the banks of the Yhe River. Some of the statues here are only one inch in size, while the largest Buddha statue reaches 57 feet. 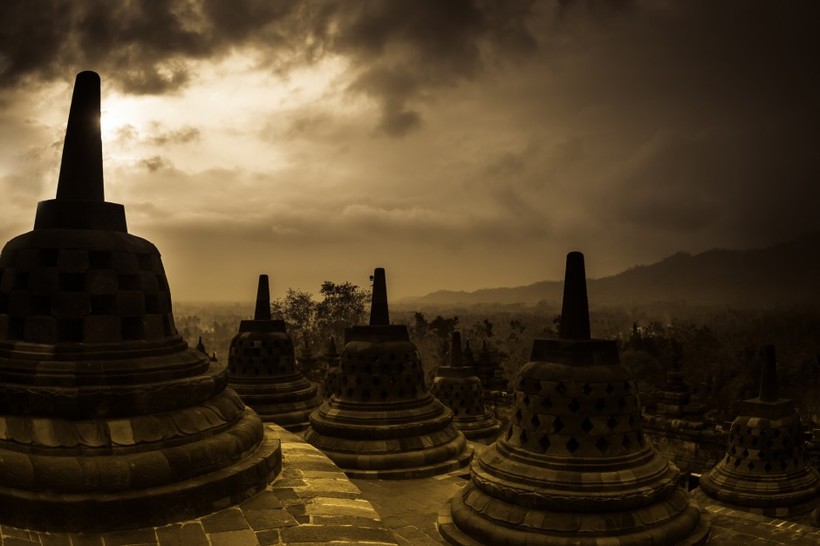 The largest Buddhist temple complex in the world, Borobudur is a huge stupa shaped like a mandala. The stupa has eight tiers: the lower five are square and the upper three are round. The shape of the mandala, according to Buddhist beliefs, represents the scheme of the universe. 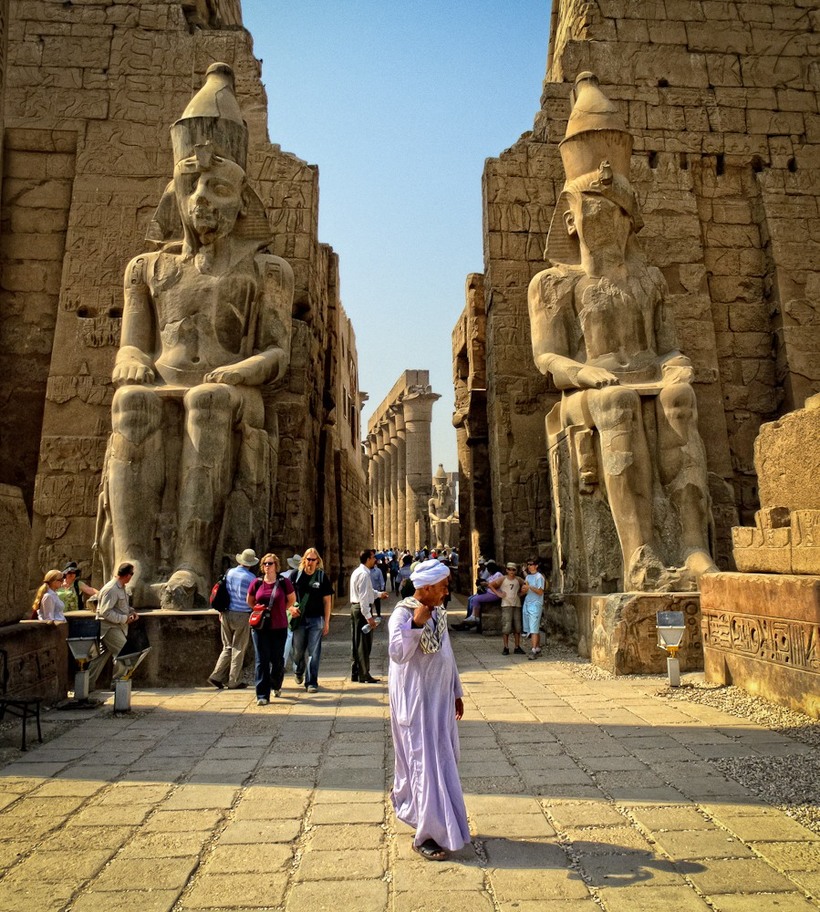 Luxor is a sandy complex located in the city of the same name (formerly known as Thebes), which is also home to five other large temples. In fact, it is the world’s largest open-air museum. The oldest part of the Luxor temple was founded under Amenhotep III. 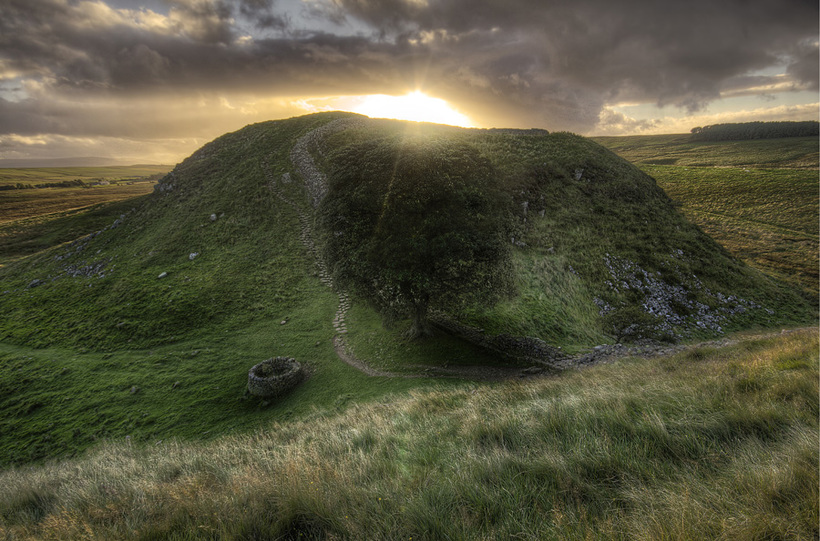 The Wall or Hadrian’s Wall served as a defensive fortification and was built by the Romans during the reign of Emperor Hadrian. This structure required a great deal of engineering and labor and was built over a period of 5 years. Much of the wall is still intact. 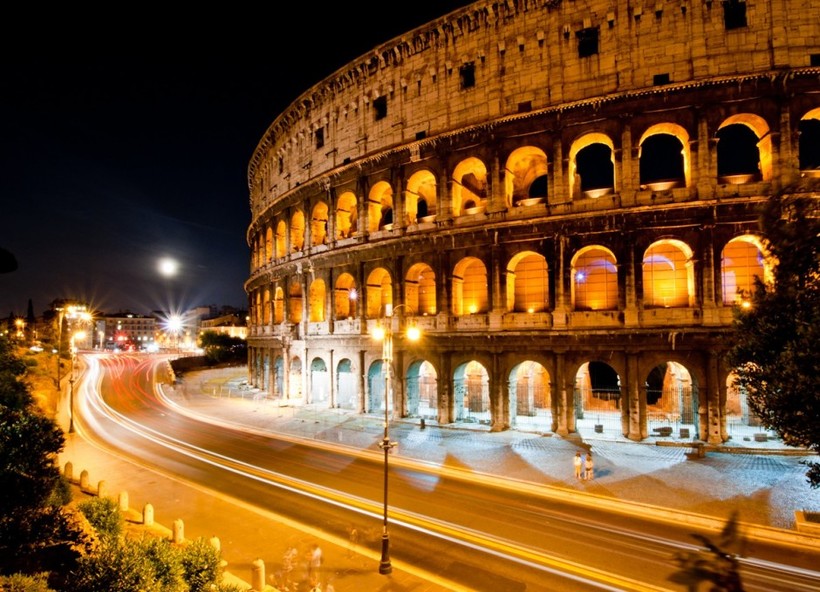 The Roman Colosseum is also known as the Flavius Amphitheatre. It was built in the first century A.D. and served as an arena for gladiatorial fights, theatrical performances, and executions of non-believers. Mark Twain called the Colosseum the king of European ruins – so impressive and powerful does this structure look. Only a part of the complex has survived, but it is enough to imagine the magnitude of the Colosseum. 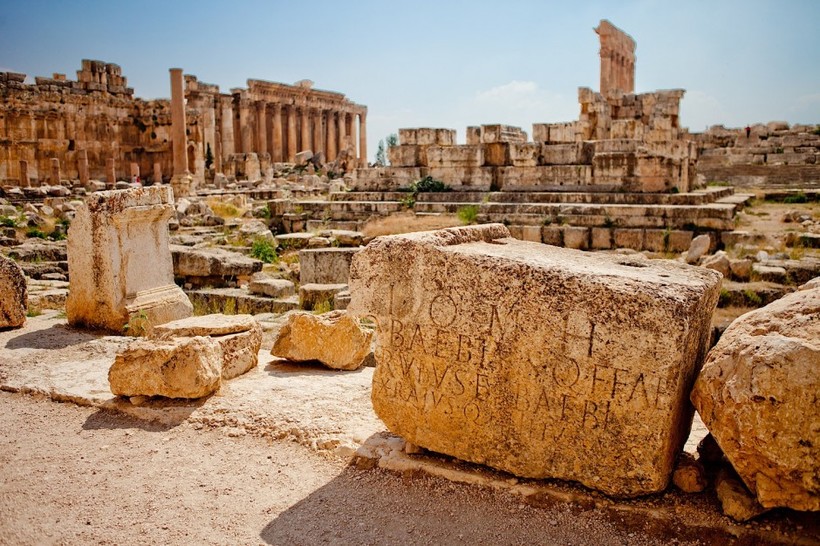 In Baalbek the ruins of a grandiose temple ensemble consisting of propylaeums, courtyards richly decorated with carvings and temples survived. In the 13th century the territory of the ensemble was turned into a fortress (as evidenced by the remains of walls and towers). The main mystery of Baalbek is the terrace on which the temple of Jupiter is located. In its masonry are three famous plates – trilithons – of absolutely incredible size (according to ancient legend, these blocks lay here forever and were considered sacred). 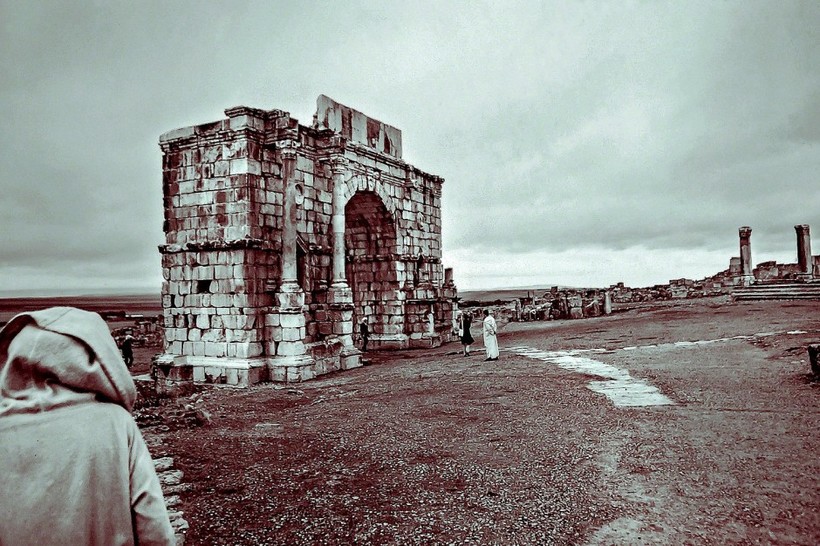 In Latin, the city’s name means “generosity.” The date of its foundation is believed to be the 3rd century BC. Volubilis was originally inhabited by a Phoenician settlement, but the city was abandoned around the 11th century A.D. after the Moroccan authorities were transferred to Fez. 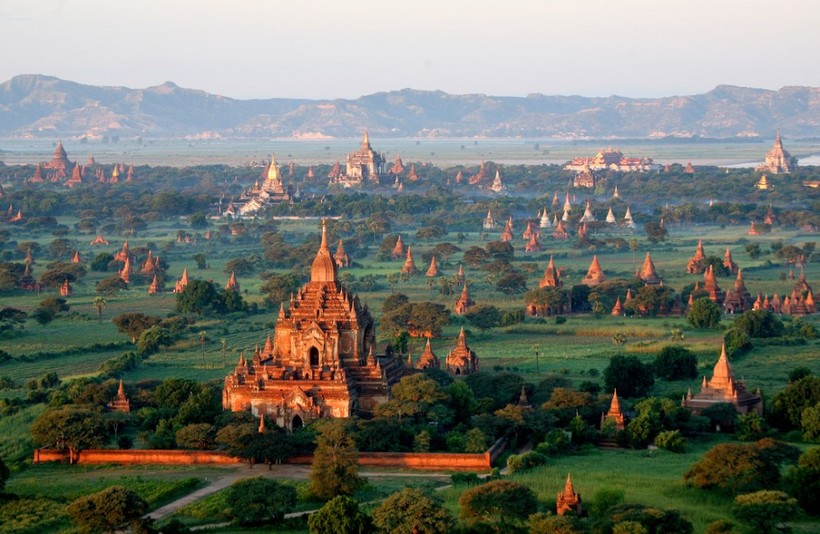 Pagan or Bagan was the capital of a kingdom of the same name from the 9th to the 13th century. There are now more than 2,200 temples and pagodas left to be found in the area. Despite the obvious cultural and historical significance, UNESCO was unable to declare Pagan a World Heritage Site for political reasons. 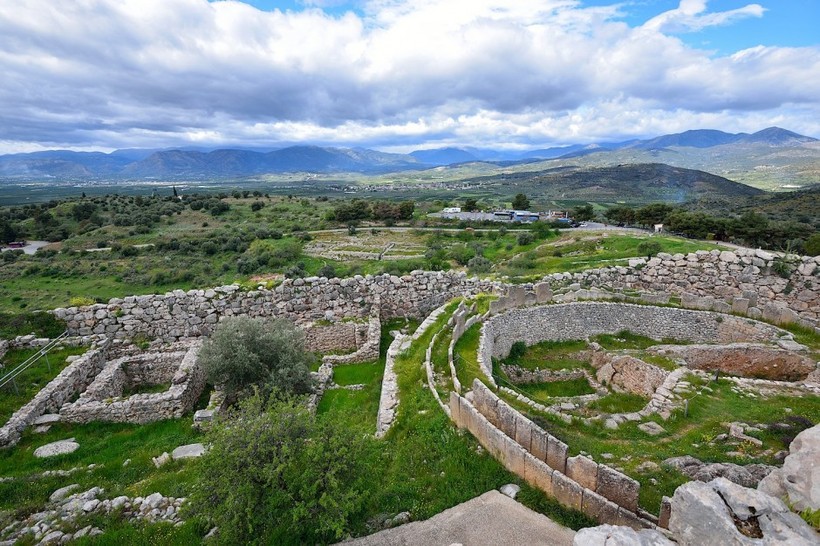 The ancient city in Argolis dates back to the second millennium BC. Mycenae was a Greek military stronghold and is now considered one of the most important sites of ancient Greece. The city, built during the time of Alexander the Great, was home to a number of empires. But in 749 A.D. an earthquake destroyed most of it, and wars and subsequent earthquakes led to its complete destruction. The ruins were not discovered until 1806. 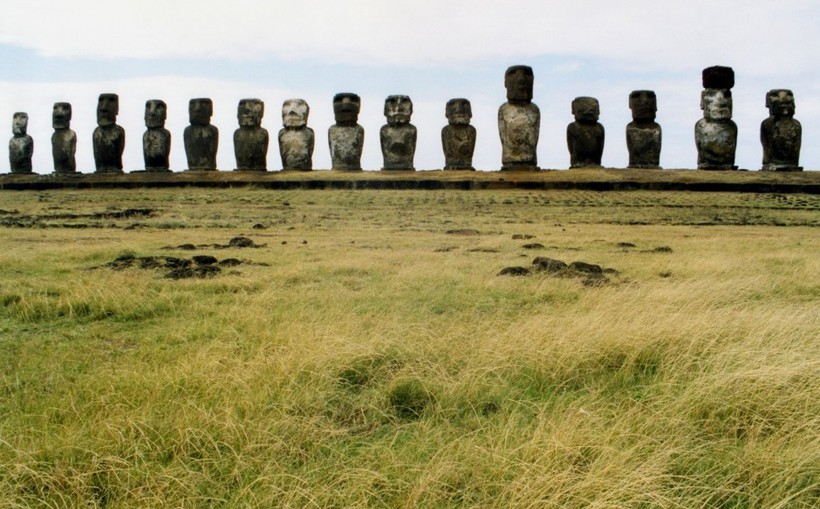 On the slopes of Mount Rano Raracu, especially in its southern part, you can see the quarries where the moai, the stone statues of Easter Island, were carved (they date back to 1250 and 1500). The tallest moai statue weighs 82 tons.

Join our community on telegram, we’re already over 1 million people

The world’s 100 most famous ruins of temples and churches 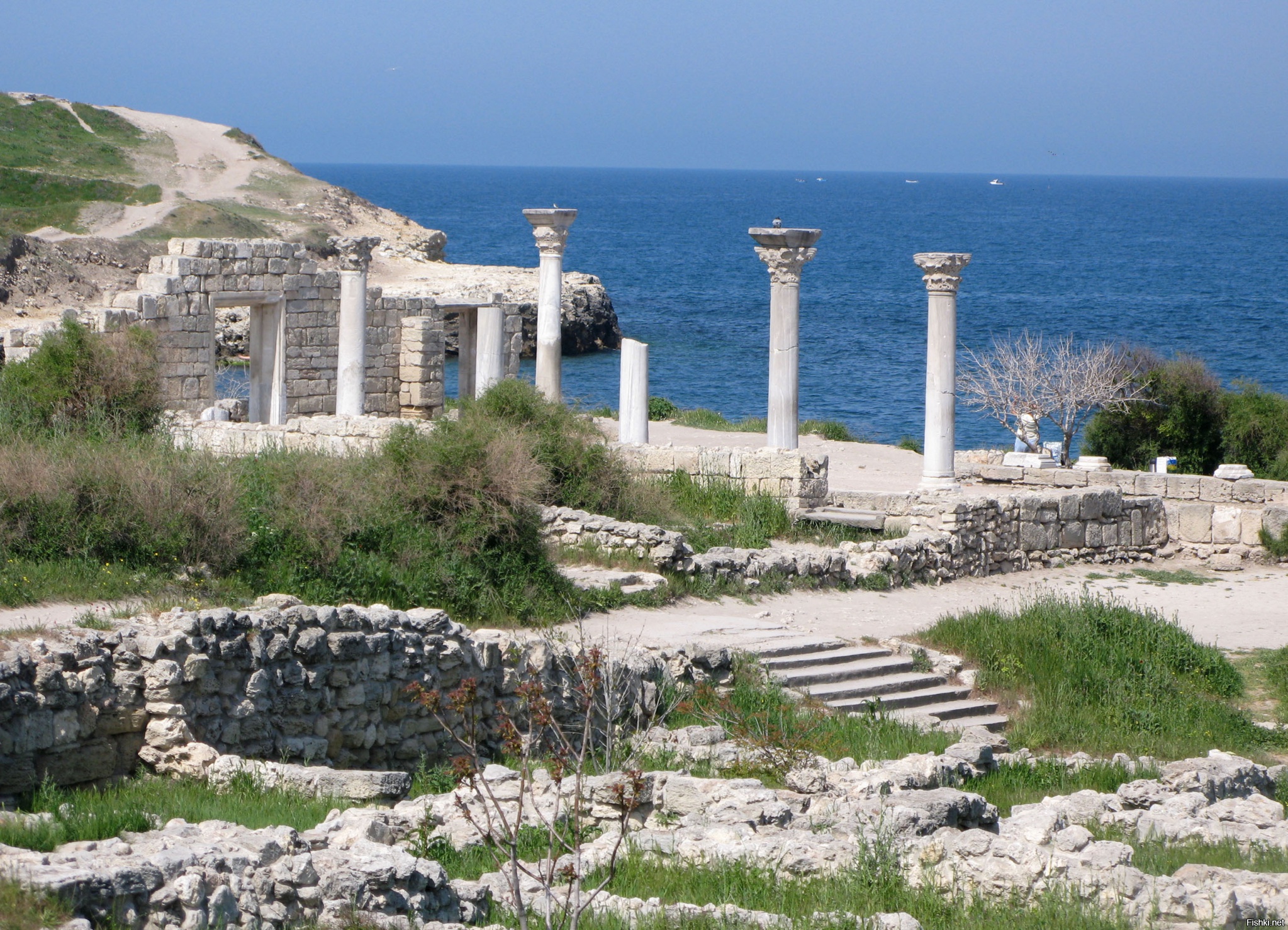 We’ve already written about Stonehenge, it’s not that it’s not impressive, there’s a highway next to it, and you have to look at it by walking in a circle in a crowd of tourists. The Colosseum, the forums, and in general Rome is a museum city, that’s a lot of interesting and beautiful! Pompeii is also not an unambiguous place, the most interesting places are not allowed to the tourists, there are excavations, you can go only to the Lupinarium, the gladiator school, and the temple, well, a local forum, the famous statues, remains in 10-20 meters behind the bars.

If you get to Mexico, you must go to Chichen Itza, there is a shuttle bus and it is better to go by yourself, the feeling is inexpressible, it’s not Giza in Arabs and camels, you can feel the weight of centuries. I would include the aqueduct in Segovia (Spain), the truth is, it is still working, but they do not use it, that’s what impressed me!

I’ve been to Stonehenge. It’s boring. They give you a recorder in English and Japanese and a couple of other languages and you go round them in circles, 25-50 metres away. That’s it. You could go round in circles all day. The price is about £7 to admire them from a distance. Another interesting thing – the army is trenching around, carrying tanks, helicopters flying around )))).

Again. What the fuck is Arkaim? A big barn? If only something besides the foundation of the Church of the Tithes remained, and so of the ruins – the remains of Greek cities in the Black Sea coast, the half-destroyed northwestern fortresses and the Brest Fortress.

24 point. There is an opinion that the wall was built to protect against the Chinese. The war was hard and unequal, but nevertheless the Great Rassenia – that was the name of our state – defeated Ancient China – Arimia. This event took place 7511 years ago. The victory was so significant and heavy that the Day of the Creation of the World – the conclusion of the peace treaty (September 22 on the Christian calendar), our ancestors have chosen new, rotary point of readout of the history. According to this Slavic calendar, it is now summer, the year 7511 from S.M. (the Creation of the World). And the great Chinese wall was erected after this victory, to separate itself forever from the invincible Rassenia. Hanuman (Asur, i.e. the Prince of Rassenia), who ruled in Belovodie and Ahriman (the ruler of Arimia, i.e. ancient China) “Created Peace”, i.e. they made a peace treaty between the Great Race and the Great Dragon, under which the defeated Arim (the Chinese) built a wall (with slits in their direction!) to mark the border of Rassenia. The wall was built by the Chinese as a counter-attribution. The wall was called Kiy-Tai, which in translation from Ancient Slavonic means Kiy – fence, hedge; Tai – completion of the top, great, that is “completing, limiting great hedge (wall)”. In ancient times, “Kitai” was a high fence or fortress wall. For example: Kitay-gorod in Moscow is so named because of the high wall that surrounded it, and not at all because of the Chinese

READ
The 100 Most Extraordinary and Beautiful Holidays in the World

Because there is not a word of truth in it. Because it is tantamount to saying that the Ukras dug out the Black Sea. I am already speaking nothing about the proofs. They make idiots out of some people worse than the Kiev ones.

And how it is possible to distinguish the truth and a fiction? We seem to live in the 21st century, but we are degrading, human capabilities are great and our ancestors knew it, but we forgot. Look at China, they remember their history and honor it. Consequently, they know what they are striving for. and we “herd of sheep” only want to make money and spend money. time of consumption. And imagine if the history that we know is not really history, but a fairy tale, then what will happen to society? A very interesting topic, but not relevant in our society at the moment.

Truth or fiction can be recognized by archeological findings, written sources, etc. None of them support this tale. You want to live in a fairy tale, live it, but don’t drag others there.