The Tower of David, the vertical slums of Caracas. Venezuela

Until recently, it was illegally inhabited by a large number of people, far from always in good standing. Locals called the skyscraper a vertical slum. 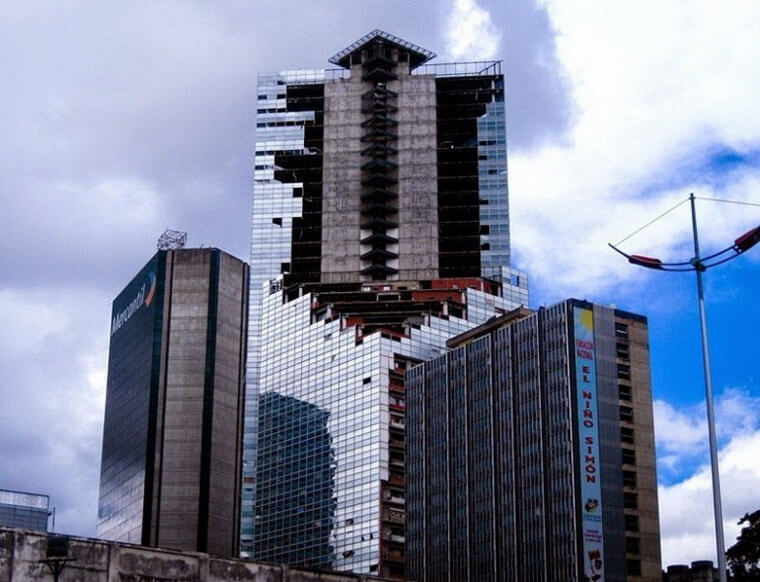 Where is the Tower of David

The skyscraper is located in the heart of the capital at the intersection of Volmer Avenue and Urdaneta Avenue in a fairly developed area of the city. There are shopping centers, cafes, financial and administrative institutions as well as the Catholic Church near the Tower of David. 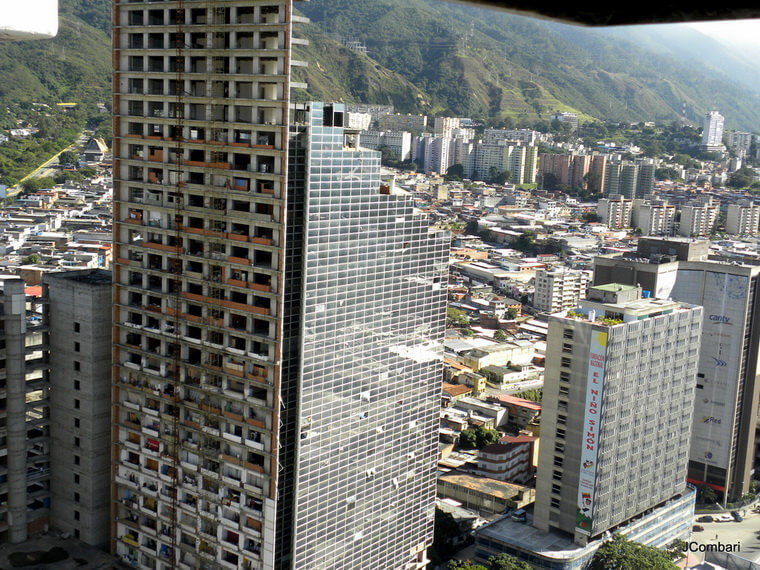 What is the Tower of David

The skyscraper itself is a 45-story building 190 meters tall with a helipad at the top. But there are a total of 6 structures in the abandoned complex. In addition to the skyscraper there is a lobby with a conference room and buildings designated as Torre B, Edificio K, Edificio Z. And finally, a 12-storey parking lot. In fact, this is a whole unfinished city. None of the buildings are complete. Buildings have no electricity, water or sewage. There are often no windows, the balconies have no fences, and in some places there are even no walls. There are no elevators either. 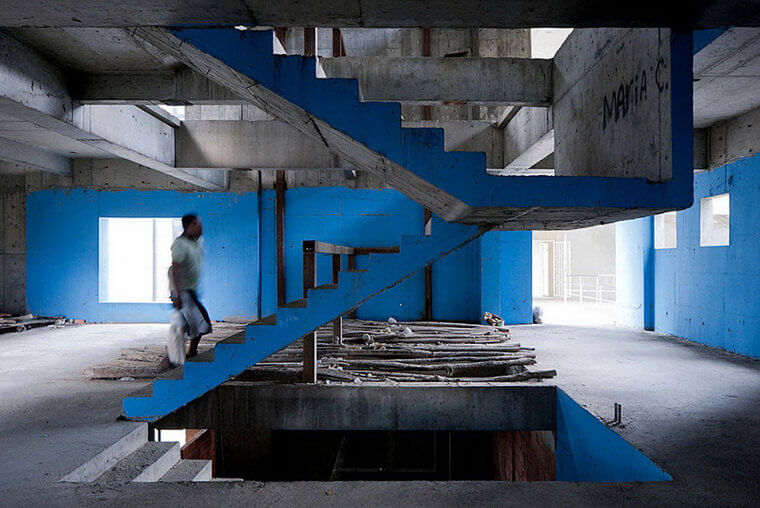 Inside the Tower of David 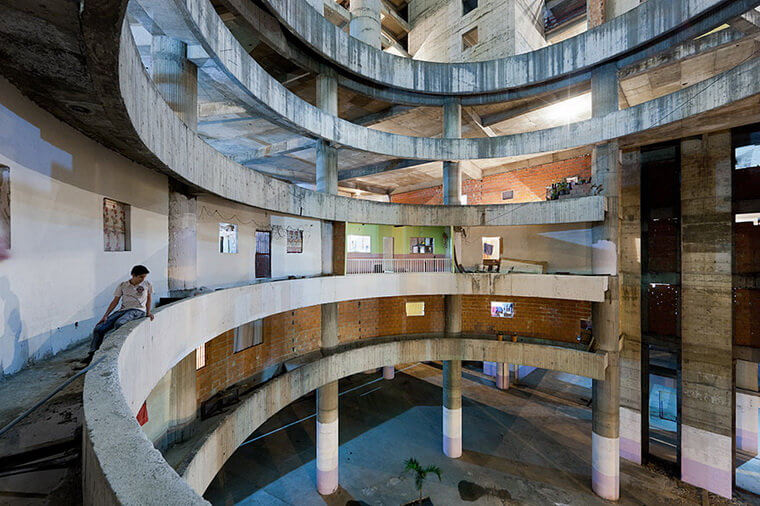 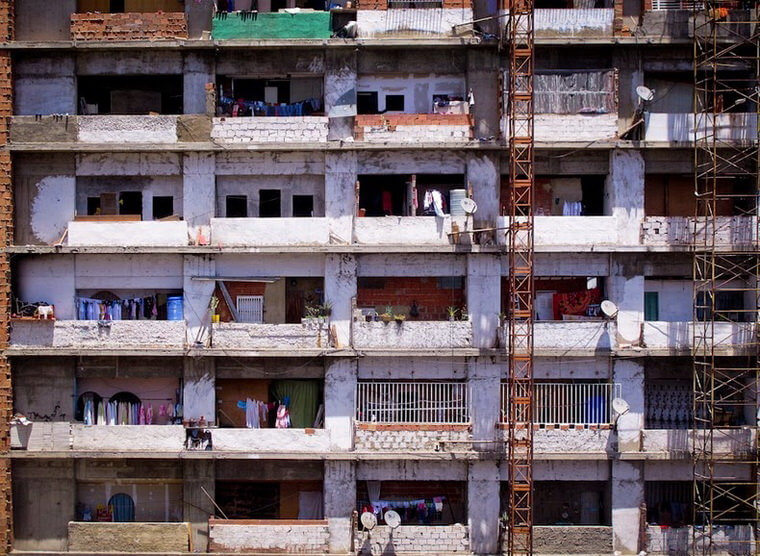 History of the Tower of David

Construction of the complex began in 1990. He was supposed to represent the prosperity of the country, like the Shanghai Tower in China. But in 1993 David Brillembourg died of cancer, and a year later, in 1994, construction was halted as the country went through a banking crisis. For a long time, the skyscraper remained derelict.

In the 2000s Caracas had a severe housing shortage in the 2010s. Developers were afraid that the president of the country would nationalize the construction industry, and reduced the pace of construction. This situation caused squatters to take over the abandoned complex. This is the name given to people who move into abandoned houses. 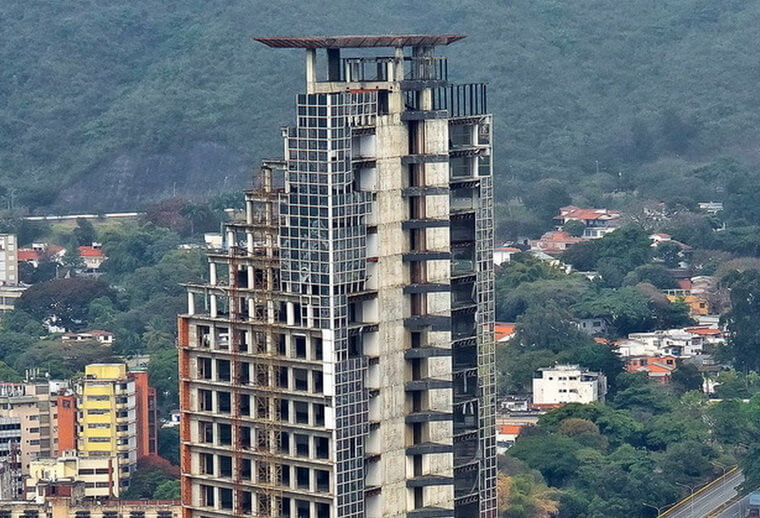 Life in the vertical slums

As you have already realized, there are absolutely no conditions for normal life in the Tower of David, but this has not stopped hundreds of families from settling here. The skyscraper was first occupied by former prisoners in 2007. About 200 families moved in. 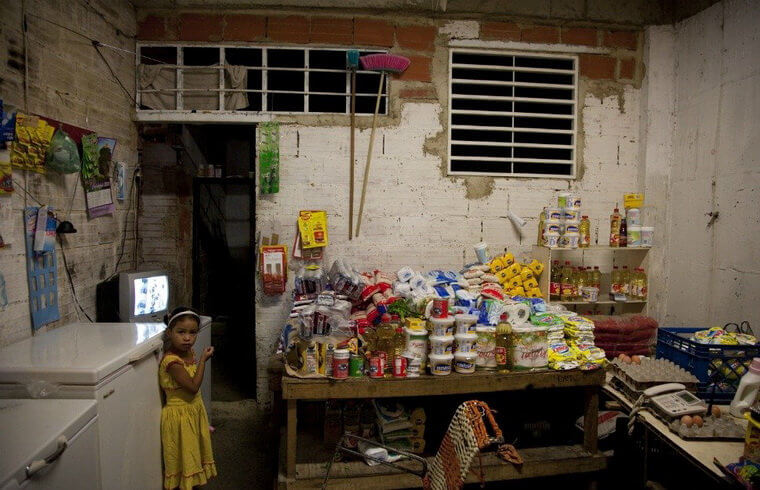 Life in the Tower of David

The residents organized basic utilities on their own. Wired water, which was supplied up to the 22nd floor. People settled up to the 28th floor.

The settlers even used motorcycles on the first 10 floors. Over time, the vertical slums became home to stores, barbershops, daycare centers, beauty salons, and dentistry. Some tenants even had their own cars parked inside the building. 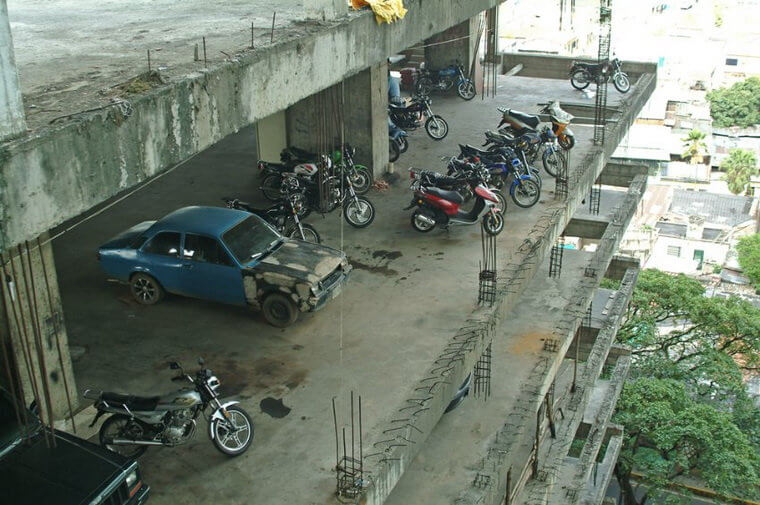 Parking in the Tower of David

Initially the skyscraper was considered a hotbed of drug dealing and gangsterism. But over time, residents organized condominiums, that is, joint ownership of living space, and life in the unfinished building normalized (at least to a certain extent). Residents say David’s Tower is safer than other neighborhoods in Caracas. There were even 24-hour patrols. 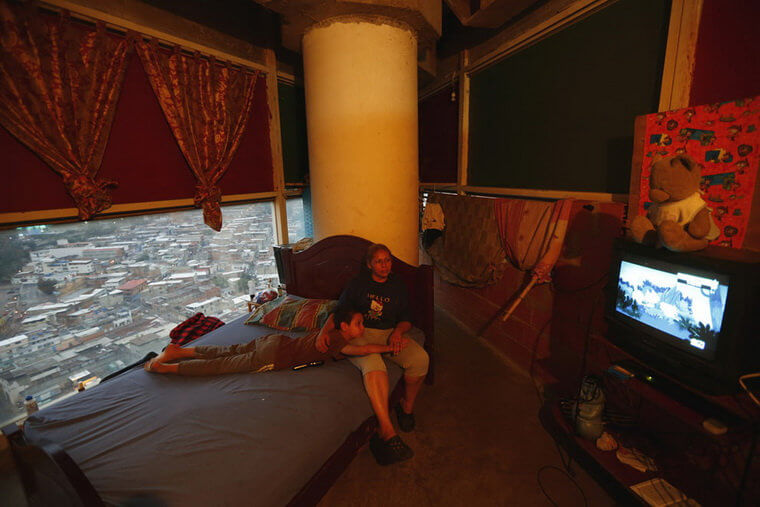 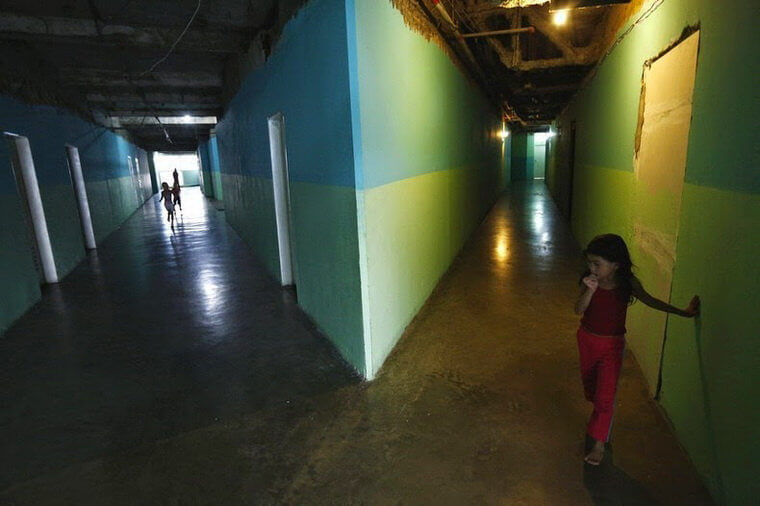 On July 22, 2014, the Venezuelan government launched a resettlement program. As part of the project, residents were relocated to the small town of Cua, 20 kilometers south of Caracas. By June 2015, all residents had been relocated to new homes.

Alfredo Brillembourg, a relative of the late David Brillembourg, founded the group Urban Think Tank, which called public attention to the “squatter settlements. The group made a documentary about the Tower of David. The film won the Golden Lion at the Venice Film Festival in 2012. The Tower of David has been used many times in other feature films and documentaries.

In 2014, Chinese investors were interested in buying and restoring the unfinished tower. But in April 2016, it became known that no sale could be negotiated. As of 2018, the building remains unfinished and unused.

“Tower of David”: Why a slum of record height is sticking out in the middle of Caracas

There are quite a few skyscrapers in the capital of Venezuela. One skyscraper that attracts particular attention is the unfinished skyscraper called the Tower of David. If this vertical slum were completed and commissioned, the tower would achieve the status of the tallest building not only in Caracas, but also in Venezuela.

We are talking about an unfinished skyscraper that would have borne the formidable name of the Confinanzas Financial Center. The building was never fully completed and therefore never commissioned. 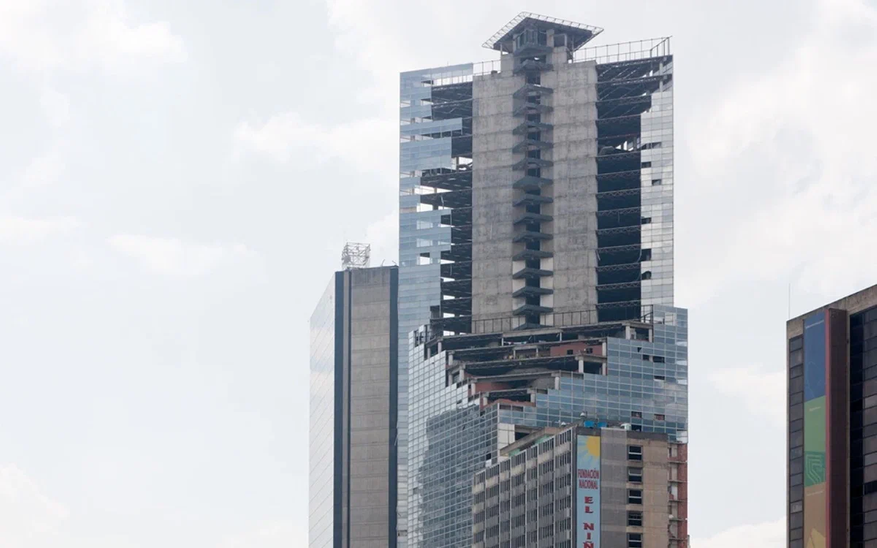 Construction of the grandiose project came to a halt after the death of principal investor David Brillembourg. Also during this period the country was in economic crisis, and the unfinished object never found its new investor.

According to another version, this chaotic settlement was typical squatting, which the local authorities simply turned a blind eye to. Caracas has a lot of slums that literally surround the business part of the city.

At the time construction stopped, the tower had no utilities. There was no electricity, water or sewage. Of course there were no elevators, so the residents on the upper floors had to walk a long way to their apartments. According to the plan, the building was to have 45 floors, but only 28 were constructed. 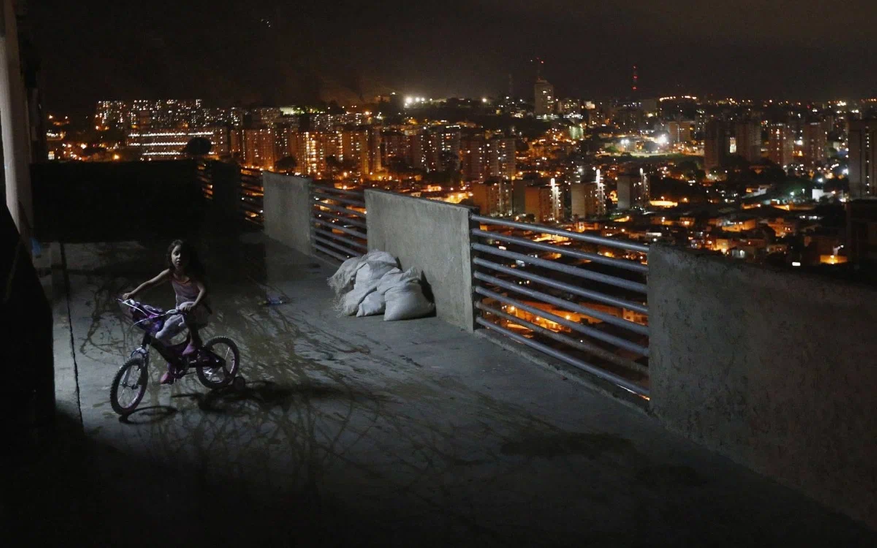 The people who populated this unfinished building rallied together and managed to put it in primitive order. They were able to install running water, electricity and a sewage system. The local authorities must have helped with the electricity, since it was connected to the city grid.

By 2013, the skyscraper was home to 750 families and gave a roof over the head of about 3,000 people. The resourceful tenants managed to set up stores, hairdressing salons, all sorts of workshops, and even a dental clinic.

The residents of the skyscraper were able to complete the balconies, which had previously been unfenced, with their own resources. They built internal walls and in this way divided the space, so primitive apartments were created. There is practically everything for a normal life – stores, sports fields and children’s playrooms. 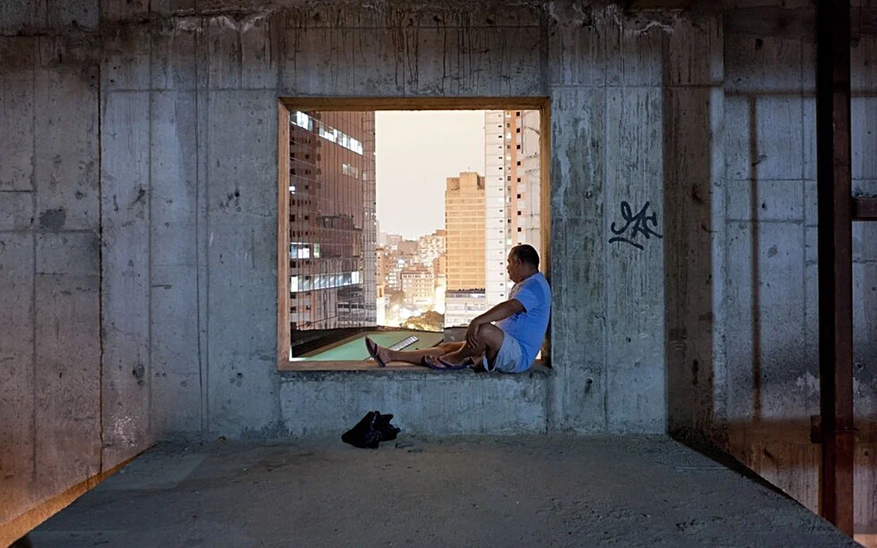 In general, the skyscraper had a life of its own, and it wasn’t even bad. Articles were written about the residents of the troubled skyscraper, TV shows were made and shocking footage was published – but the tenants continued to enjoy a sedate life.

The local press has called the tower a “hotbed of crime and drug abuse. That is how journalists describe such places. In 2014, city officials decided to resettle the skyscraper and even managed to allocate new housing for its tenants. There was no charge for it, but it was not in the central part of the city, but on its outskirts.

In the end, the residents were evicted, but no one bothered to complete the building. The building was put up for sale by the city authorities, but no major investor was interested in such an offer. 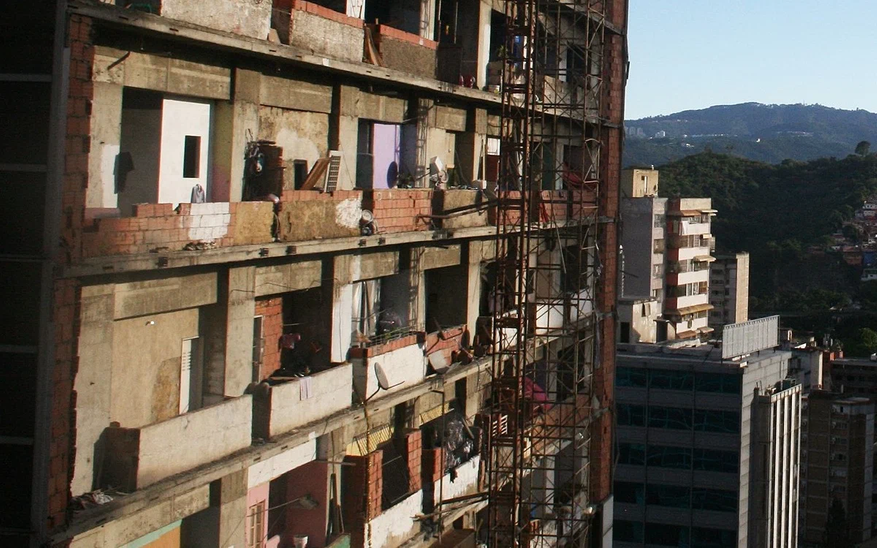 In the summer of 2018, the city suffered a massive earthquake that destroyed the top floors of the tower (where no one lived), and the tower itself leaned heavily on top. Now the legendary and long-suffering skyscraper is alone again, it has never found an investor. Today no one lives there, and it stands proudly alone again. But the tower itself still reminds the citizens of the strange story.

If you want to visit Caracas to walk around the dilapidated skyscraper or are just going on a trip, be sure to use Yandex Travel service to find the cheapest tickets and best hotels.