Uluru , also known as Ayers Rock , is a red stone monolith towering in northern Australia. It is revered by Aboriginal people as a sacred place and sticks out on a flat plain like the dorsal fin of a huge red whale.

This mysterious peak boasts a great deal of history for every century of its many millions of years of existence. Uluru, along with the nearby rock formation of Kata Tjuta (“Many Heads”), have been part of Kata Tjuta National Park since 1977.

In 1985 the Australian government officially returned both of these complexes, Uluru and Kata Tjuta, to the Aboriginal Northern Territories. The national park sits on their sacred land, the place where they believe life itself once originated.

Uluru can only be considered a geographic wonder because of its size. The red sandstone monolith projects an average of 348 m above the plain, and its highest point is 869 m above sea level. The visible part of the mountain is 3.4 km long and 2 km wide. Its perimeter is about 9 km. The monolith was formed about 680 million years ago, pushed out of the Earth’s interior under tremendous pressure. Tectonic activity has compacted the clay and gravel and pushed them to the surface.

Uluru Rock is formed by nearly vertical layers of extremely resistant sandstone, the surface of which has turned red as a result of oxidation. On the northwest and northeast sides, erosion has cut deep channels in the rock, from which water rushes when it rains, making spectacular but short-lived waterfalls.

Most tourists try to climb to the top, though locals would prefer not to. Every year someone is sure to die, and others have to be rescued. There are beautiful views from the plateau at the top of the cliff, it is interesting to explore the summit, but the ascent is very difficult, and if strong winds blow, sometimes you have to close the trail. The trail around the cliff is 9 km long, and it may be worthwhile to follow it and explore the various sites associated with the Anangu culture.

Like islands in the ocean, the Kata Tjuta complex looms on the horizon 50 km from Uluru. The first European to see Kata Tiuta in 1872 was Ernest Giles. He named the mountains “Olgas,” after Queen Olga of Wurttemberg, the patroness of science and art in the 19th century.

Kata Tjuta is clearly younger than Uluru, only 300 million years old. The rocks are not made of red sandstone like Uluru, but of many layers of gravel cemented by sand and clay. Among the forming rocks can be found fragments of granite, gneiss and volcanic stones.

The local Anangu tribe considers both Uluru and Kata Tiuta to be sacred places where a battle between snake men took place in ancient times. They tell of a female python, Kunia, who crawled to Uluru to lay her eggs. As she finished laying, she heard that a venomous liru, a brown snake, had killed her nephew. Eager for revenge, Kunia crawled to the foot of Uluru, to a place called Mutityulu. There she met one of Liru’s servants. She tried to enchant him with a dance, but the servant lifted her up in laughter. In anger she grabbed a handful of sand and threw it on the ground. And where the grains of sand fell, both trees and grasses became poisonous. But the servant Liru kept laughing. Finally Kunia grabbed her stick (vana) and struck him on the head. Her rage was so great that the second blow killed Liru’s servant. The deep indentations from the blows of her stick are still visible on Uluru – they are imprinted in the stone. Kunia and her nephew turned into rainbow snakes. They still live in Mutitulu and look after the Anangu tribe.

The Anangu, like most Aboriginal Australians, believe that the earth is a physical manifestation of the Dream (Tjukurpa), the timeless moment when the world was created. At that time, ancestral spirits inhabited the earth in the form of humans and animals. Some of these spirits crawled out of the earth in the form of giant snakes, and it was they who gave the planet its present form. The ancestral spirits also gave the laws that the Anangu follow to this day. Thus, these ancient beliefs are an important part of Aboriginal spiritual culture. The natives believe that the sacred place of Uluru is endowed with a special power, it is the door between the world of people and spirits. Anangu do not get tired of warning that Uluru to this day takes a human life and those who have climbed the mountain unlucky. Some do not believe these legends, but regular mysterious cases of wicked tourists confirm that in many ways the natives are right.

Australia is a continent with a small area containing many very different geographical features, including mountains and deserts. As such, each local reserve has its own unique landscape. Among them is the park with the interesting name Uluru – Kata Tjuta, which is enjoyed by thousands of tourists from all over the world.

Uluru-Kata Tjuta National Park was founded in 1958. The area of the reserve is small – only 1.3 km², and most of it is desert. But even so, almost all the plant species found in central Australia can be found here. The reserve has been under UNESCO protection since 1987. 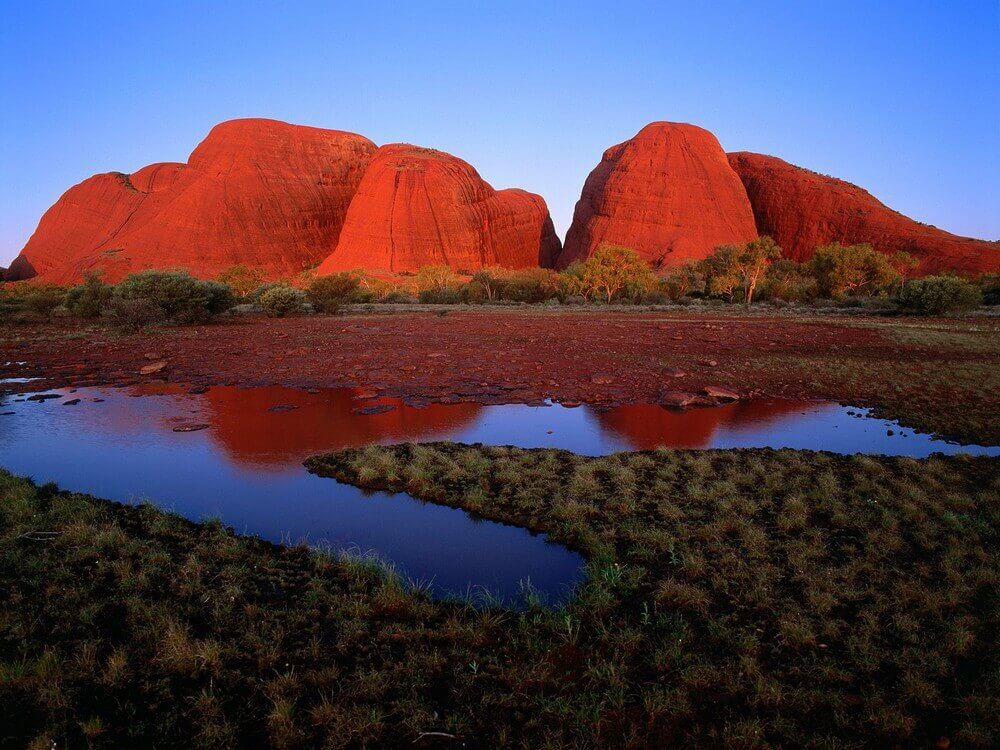 About 200,000 visitors come to the park every year. Visitors must behave according to the rules of the park, or risk a hefty fine.

Anangu (aṉangu) aboriginal people live on the reserve’s lands. Most of them are guides and give tours to tourists. Because the creation of the protected areas has helped preserve the culture of these ancient people, the national park was awarded the Picasso Gold Medal. 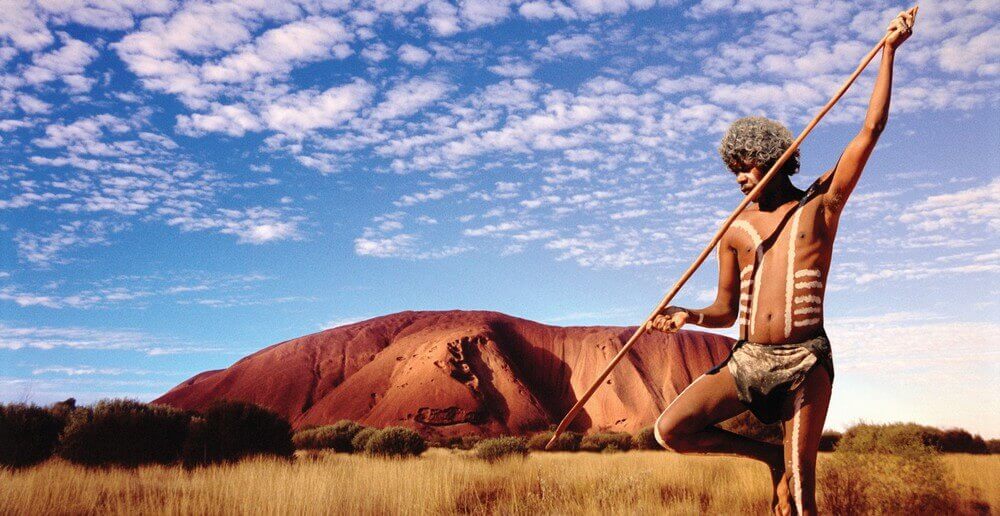 The Rocks of Uluru 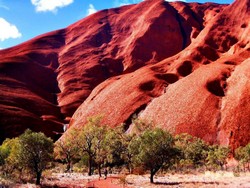 The world-famous Uluru Rocks are the symbol of the park. They are almost 350 meters high and about 3 km wide and just over 3.6 km long. The rocks have a unique red-orange hue, which they owe to the mineral hematite in the rock. You can climb to the top along a special path, and hundreds of people use this opportunity every year.

Tourists who are not keen on climbing enjoy taking colorful pictures of Urulu. The rocks look especially spectacular during sunrise and sunset. Travelers also visit the caves at the base of Urulu, the walls of which are decorated with ancient petroglyphs. 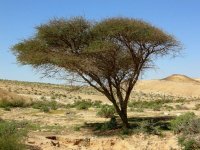 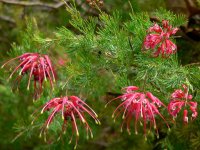 The park’s flora is amazingly diverse. Scientists have counted here about 420 representatives of the plant world. They have perfectly adapted to the local arid climate and some can even survive fire. The most common in the reserve are Triodia (prickly, Basidova), Acacia veinless, several species of eucalyptus (oblique, Camadulus), as well as Grevillea and Eelgrass.

Locals actively use the plants for their own needs. The wood is used to make household utensils, weapons and tools, and the leaves and roots are widely used as medicines.

Among the representatives of fauna in the park are bats (scientists found 7 species), big red kangaroo, one-humped camels, many birds (emu ostrich, buzzard kite, black-faced swallow magpie). Many animals are hunted by natives, but there are also some that are strictly forbidden to be hunted (pied and giant monitor lizards).

The reserve has created several trails designed for visitors with varying levels of training and with varying lengths. The trail that leads to the cliffs of Urulu is very popular. Also, travelers often walk along the trail called the Valley of the Winds (its length is about 7 km). Experienced tourists advise to leave as early as possible, because during the day in the park there are crowds of people, and to enjoy the beauty of the scenery in silence and relaxed atmosphere is not possible.

Uluru – Kata Tjuta National Park is a unique place that can enchant its guests at first sight. It is worth visiting the reserve at least once to provide yourself with many amazing memories.