The big ambitions of the little doge

If walls could tell and show all that they have seen and heard in their long lives… Walls often witness many events involving substituted people. The walls of the famous Villa Pisani in Stra, on the banks of the river Brenta, about 10 km east of Padua, built for the noble Venetian Pisani family, are no exception. This noble family once moved from Pisa to Venice. The family included a couple of admirals, a couple of cardinals, and a couple of doge. Pisani can be found even in the noble book of Vilenskaya, Kovenskaya and S.-Petersburg provinces, as a representative of one of the branches Nicolo Antonio Pisani in 1772 entered the Russian service and remained in the empire, becoming, of course, Nikolai Antonovich Pisani.

What have the walls of this palace told us? Although in general it is not clear why the palace is called a villa. Probably because of the ancient Roman tradition.

Alvise Pisani follows the architect Jerolamo Frigimelica, who shows him the newly built building in 1721.

There are only 100 rooms so far, a Baroque palace. Later the house would become 114 rooms, in memory of Alvise Pisani, who would become the 114th Doge of Venice. Already in the second half of the XVIII century, Francesco Maria Preti takes on the work and completes the construction in a neoclassical style, departing from the Baroque style proposed by Girolamo Frigimelica.

Alvise Pisani was greedy, selfish, with great demands but little means to fulfill them, as was all of 18th-century Venice, which made enormous efforts to at least maintain the semblance of a republic on the international stage.

Venice, which had flourished in the Middle Ages, had long since moved against the tide of history and was becoming increasingly anachronistic. The Republic had no historical future. Venetian ambassadors were still kept at European courts, but more out of habit and for the exotic. In XVIII century indifferent to the course of history, blind to its own interests, indifferent to insults, it tried its best to convince the European states at least not to break it down, the city was condemned to a passive existence. But as a center of the arts, Venice survived into the eighteenth century, finding itself in even more lavish carnival excesses and high fashion, in all that Lady Mary Wortley Montague in 1740 called “a puppet theater, in which everyone is engaged, constantly and in spite of…” 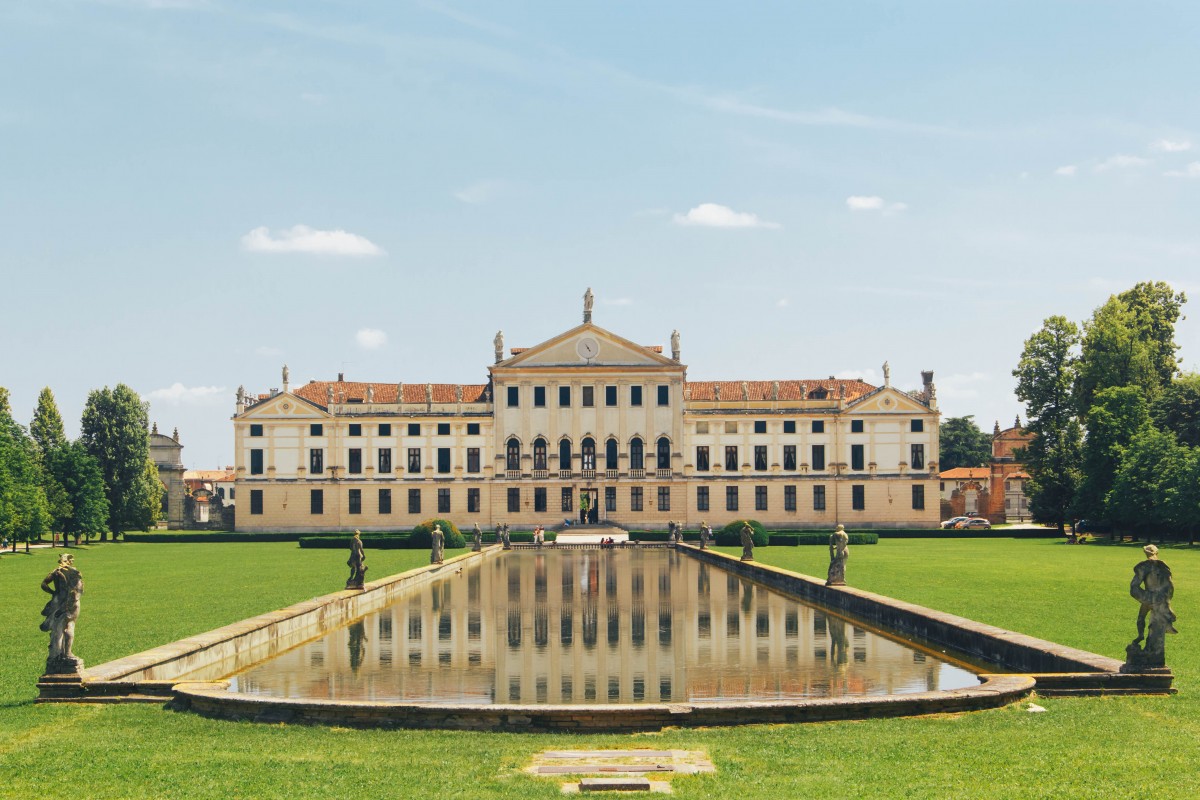 Villa Pisani was completely unplanned, but it made the day!

Salute to all who read our blog.

We can’t sit in one place with my wife on a day off – it’s too unpleasant to feel like you’re in Italy and sitting in a stuffy apartment. It was with this thought in mind that we started the day, planning 10 minutes in advance that we would go for a walk in Venice.

After we had sent an email to our friend and great photographer Elio Tsukanov on facebook, after receiving his agreement to spend today in our company, we set out to meet the sun and the sea.

It was getting close to lunchtime, and knowing that we would simply burn up in Venice from the heat and the heat, salvation came by itself:

Sweetheart, is today the first or last Sunday of the month? 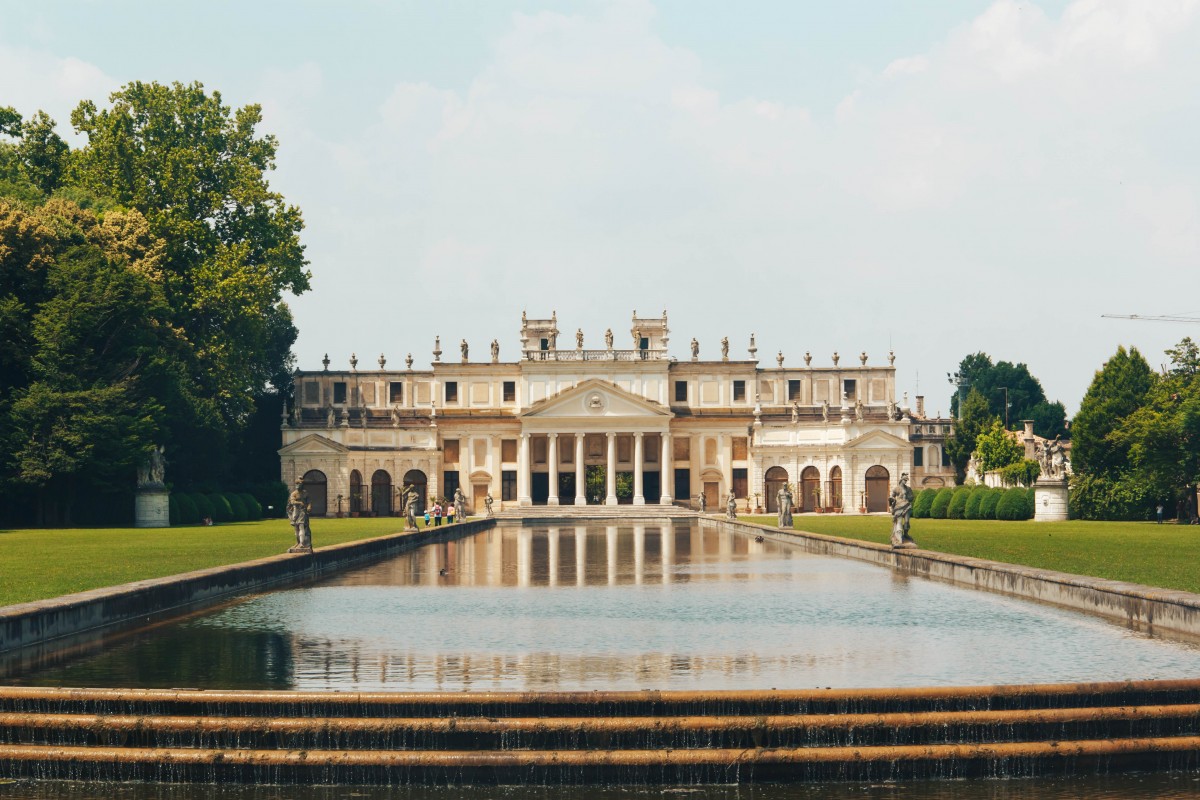 The empty palace of Villa Pisani.

Well, not for nothing this place is called the Venetian “Versailles”, which came out from under the pencil and paper (or how did architects design villas 500 years ago?) by such architects as Girolamo Frigimelica and Francesco Maria Preti in the late 17th century. 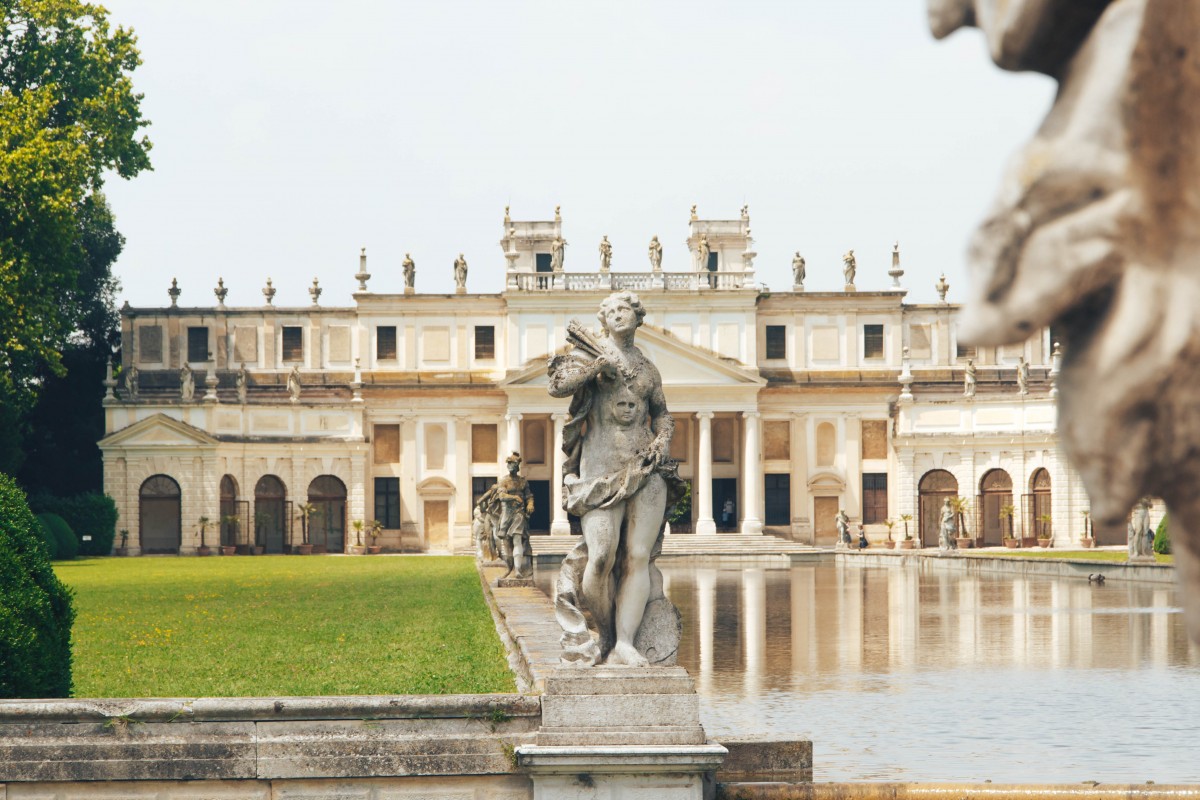 Statues of ancient heroes and gods along the pool

Villa Pisani was built for the Venetian diplomat and statesman Alvise Pisani (the 114th Doge of Venice). Pisani himself, by the way, was not very burdened by the rule of the declining Venetian Republic. On the contrary – in 1735, having received the status of the Doge of the Republic (at the elections his candidacy was the only one), he spent his time quite carefree, having fun and spending public money on festivities and construction of residences for himself and his family. In May 1741, Pisani decided to take a break from ruling the republic and move to his villa on the mainland, but after boarding the gondola, he suddenly felt ill and returned to the palace, where he died a few weeks later. 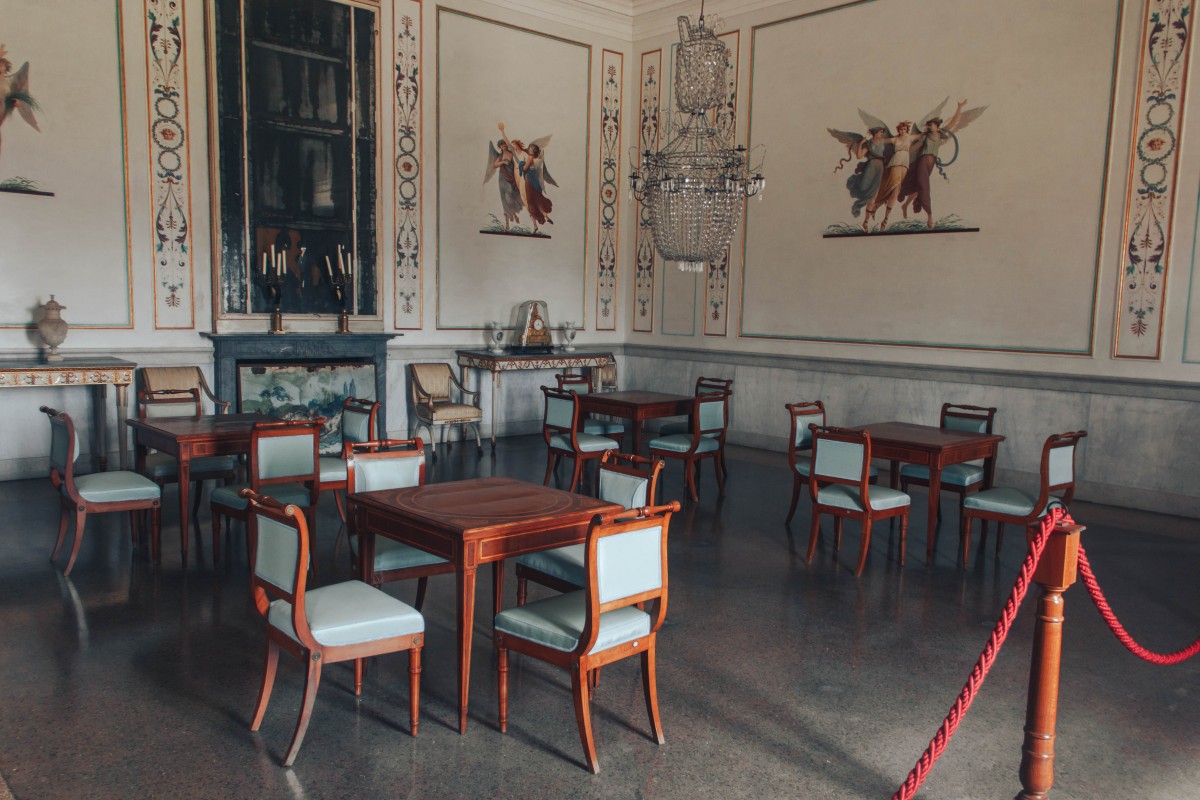 Room for the ladies.

At the time the villa was built, it had 114 rooms in honor of the fact that Pisani was the 114th Doge of Venice. Over time the rooms were rebuilt and there are now 168 rooms in an area of 15,000 square meters. 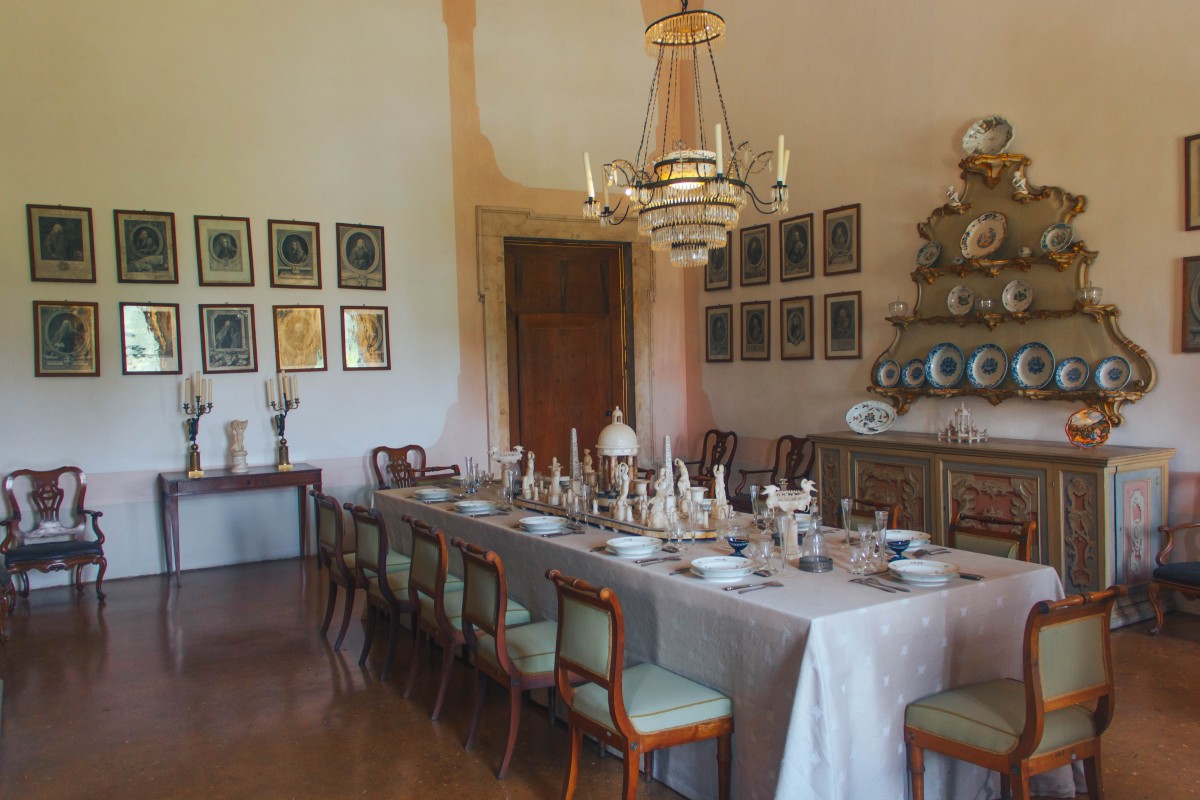 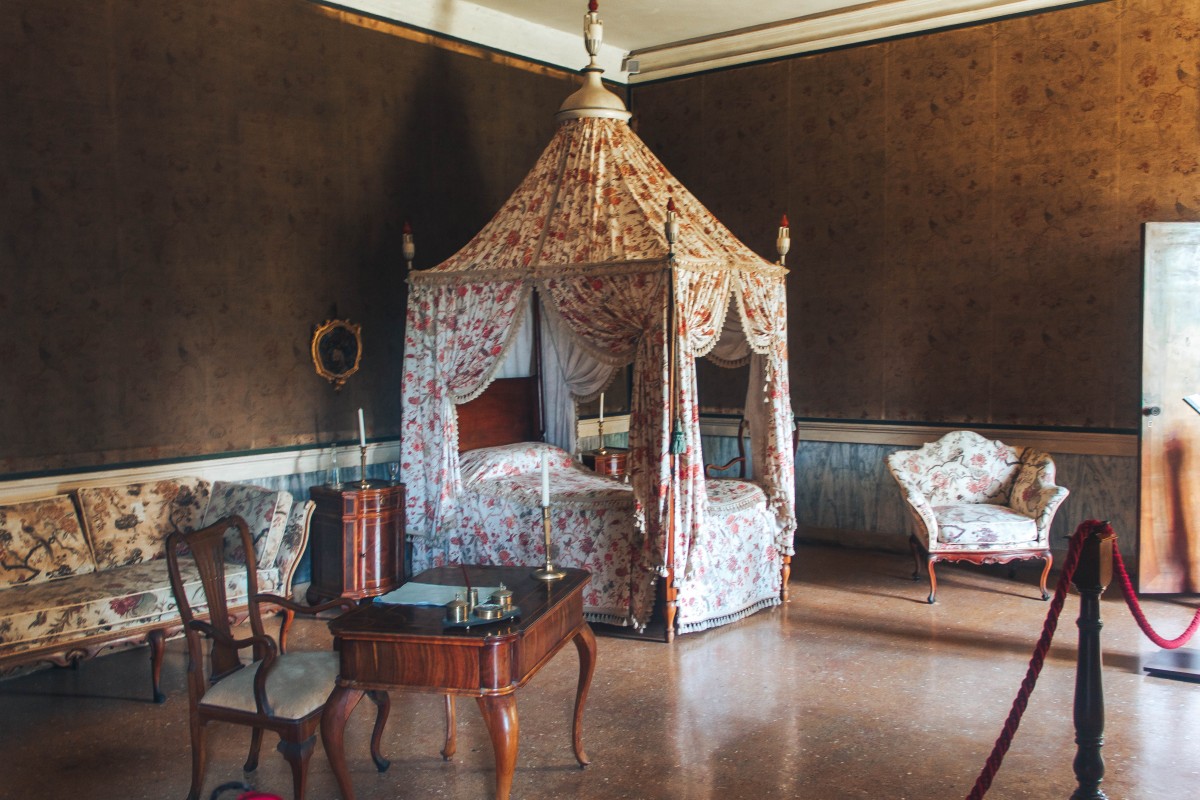 The most famous room in Villa Pisani is the Napoleon I Room. Next to it is the bathroom, which has the bathroom itself in the floor and water taps, which was very rare and expensive in those days. 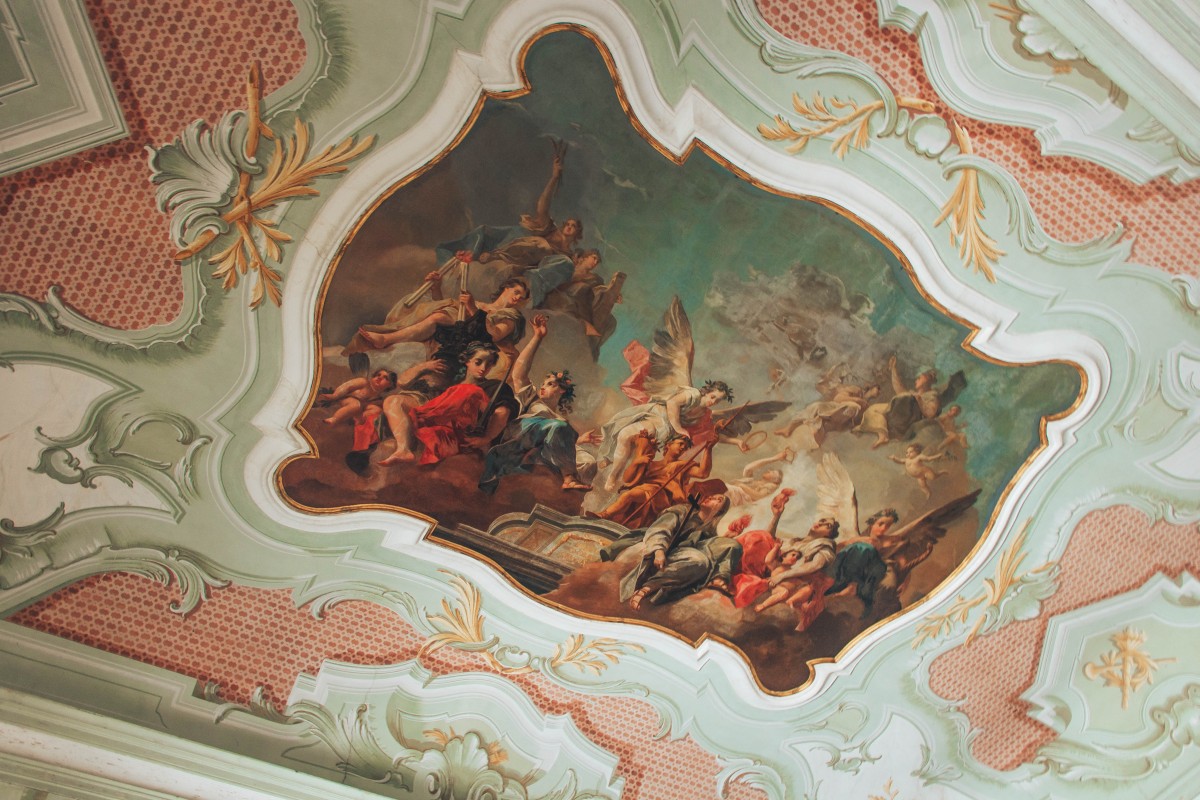 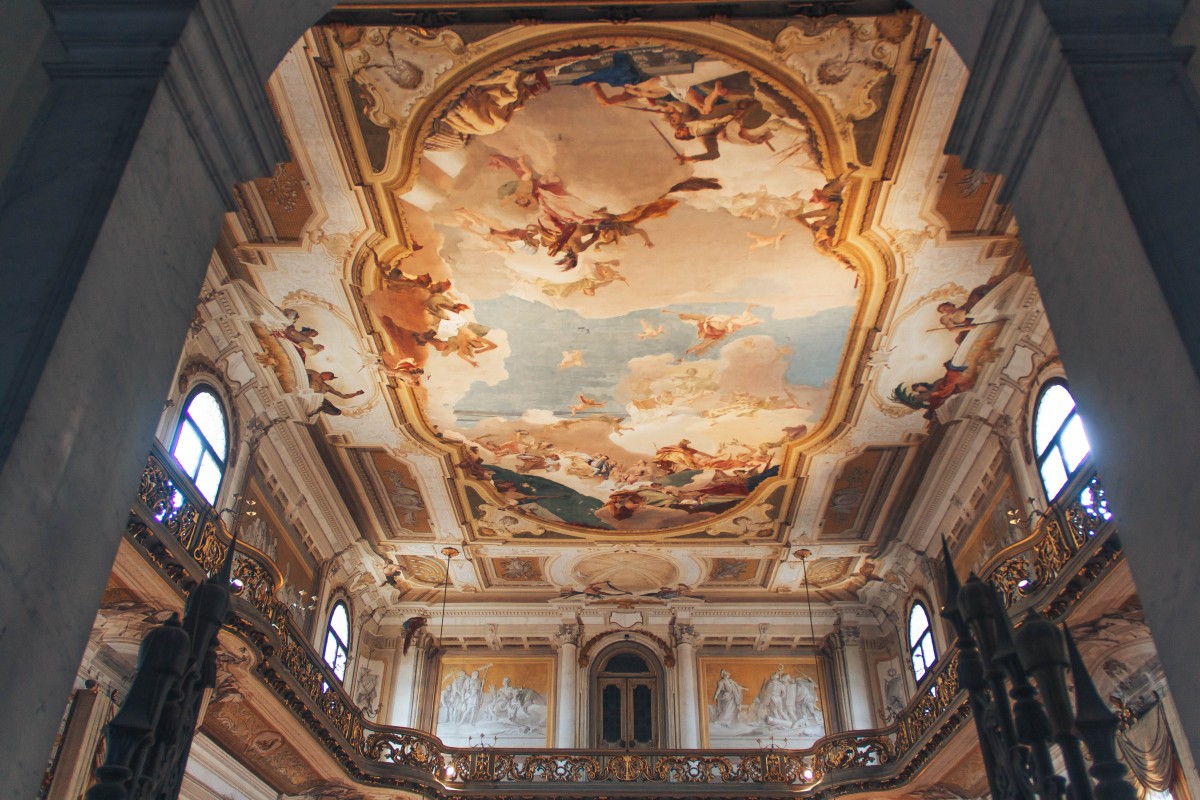 The most celebrated artists of their day, Giovanni Battista Tiepolo (1696-1770) was the greatest Italian artist, master of frescoes and engravings, and the last of the Venetian school of art, working on the walls and ceilings of the villa.

Villa Pisani outside. The Labyrinth 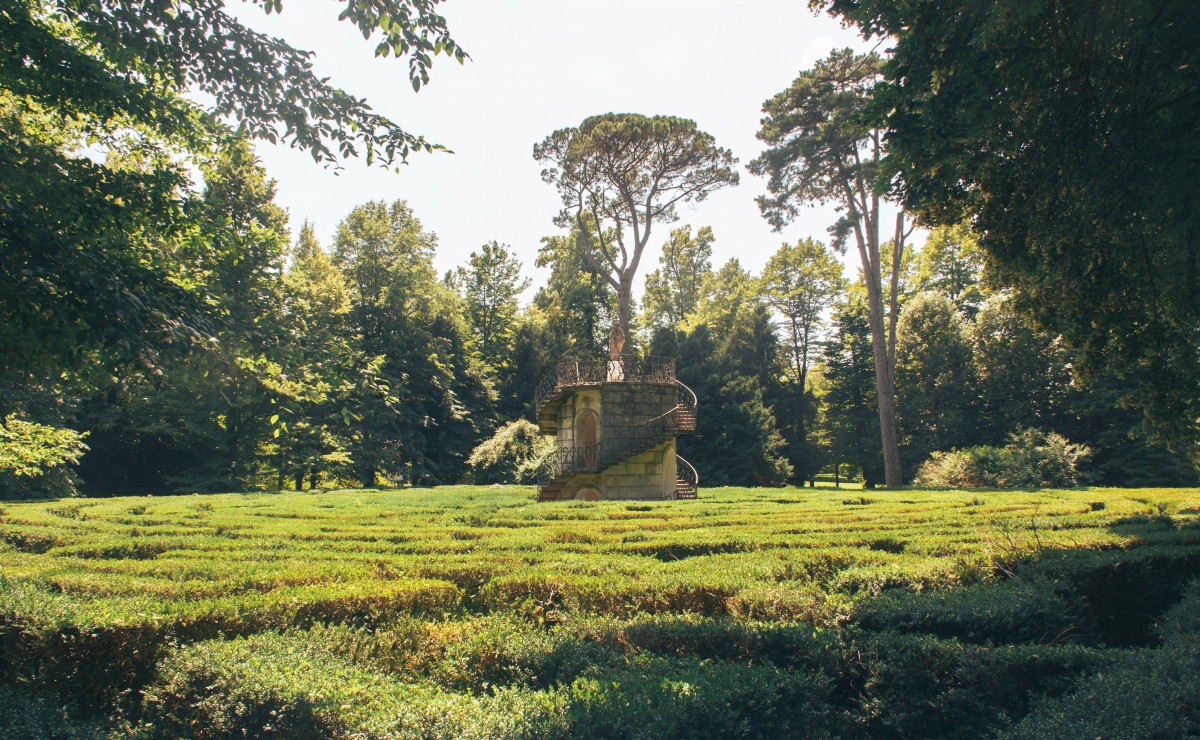 Outside, the owners of the villa had (and still have) a park of 14 hectares. Over the centuries, the park has been redesigned many times, but the version we see now is its last “revision” of the late 19th century.

The most famous part of the park is the buxus labyrinth, which was built for the amusement of strollers. Its construction was completed in 1721. The meaning of the labyrinth was a game between a lady and a chevalier – the lady would put on a mask to hide her identity and climb the tower in the center of the labyrinth; the chevalier, in turn, had to get to her as quickly as possible and remove the mask to identify her identity. It was always a surprise for the cavalier – when pleasant, when not so 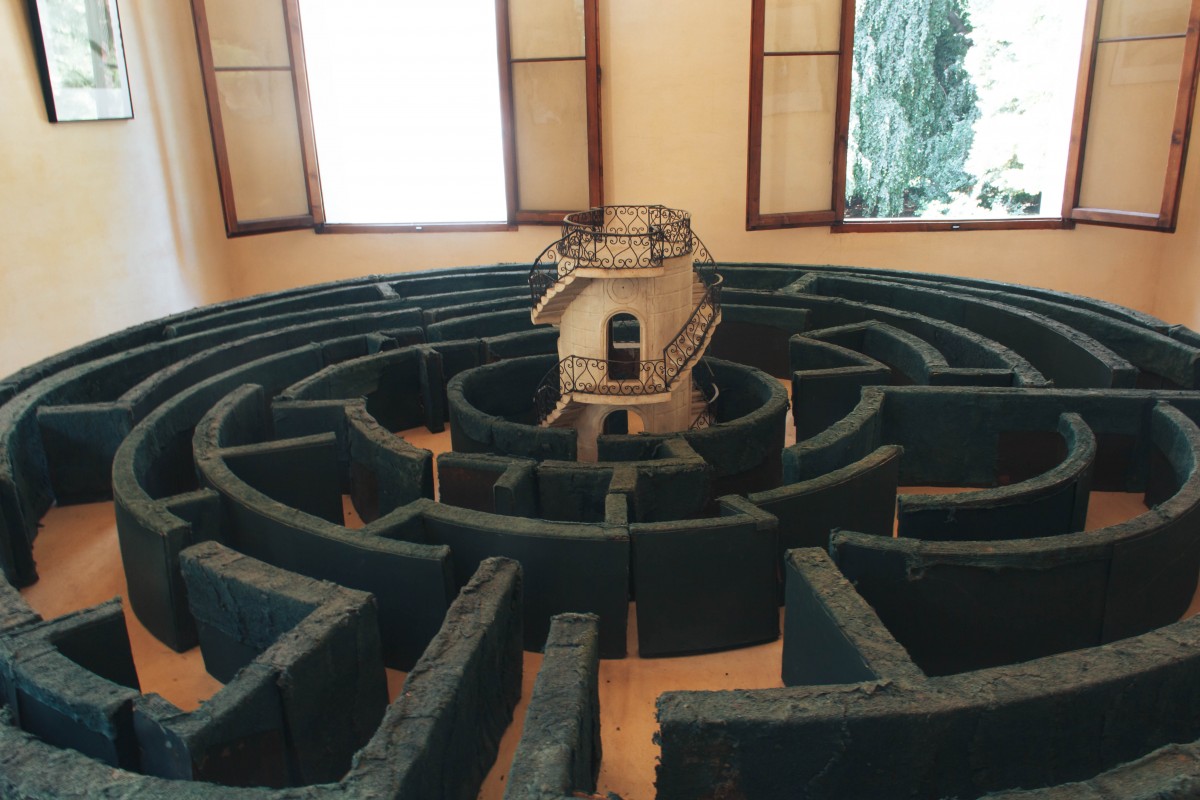 A labyrinth in miniature.

The huge pool in the center of the park, was built in 1921 by students who were studying hydraulics at the University of Padua. Once completed, it was decorated with statues brought in from various Venetian villas of the Riviera del Brenta. 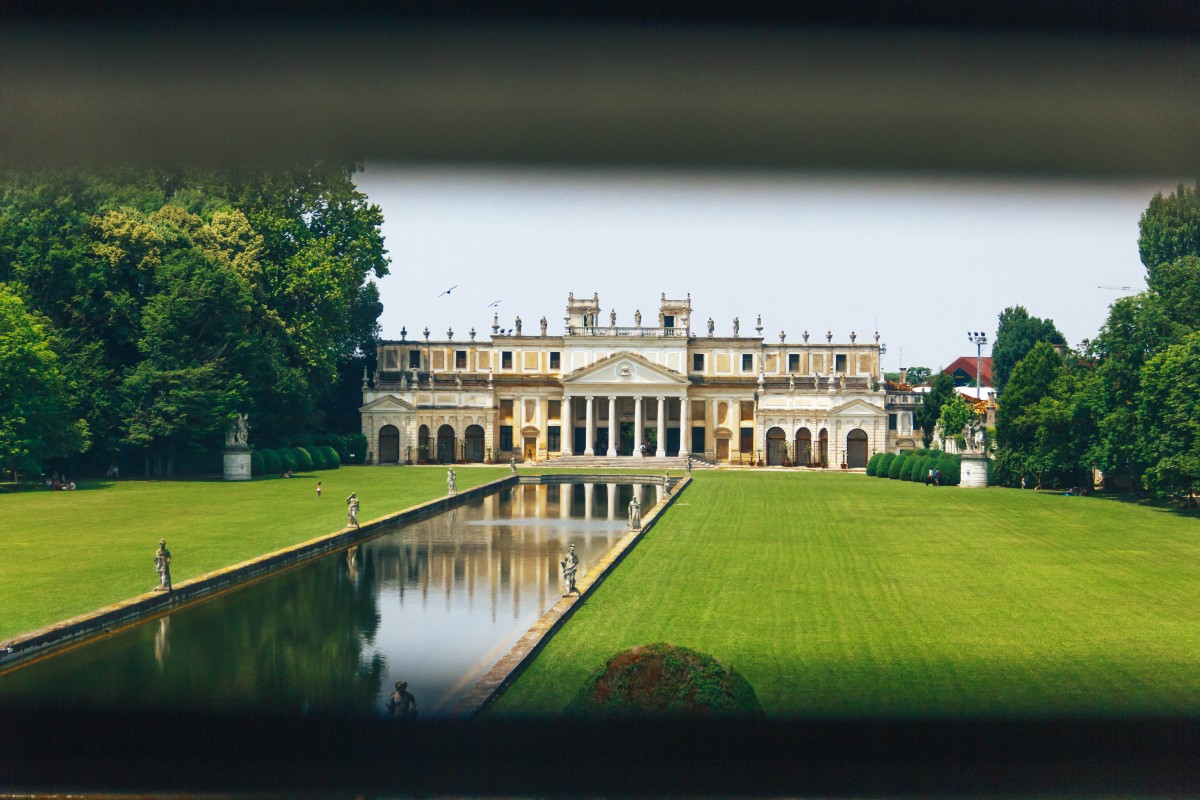 View of the pool from the window of the villa

Every year more than 150 thousand tourists visit the villa, making it one of the most important tourist attractions in Italy. On June the 14th 1934, Benito Mussolini had his first official meeting with Adolph Hitler in Pisani Villa. At the end of the visit, Mussolini spoke of his controversial guest as follows:

This intrusive man … this Hitler is a fierce and cruel creature. He brings Attila to mind. Germany has remained, since Tacitus, a country of barbarians. It is the eternal enemy of Rome.

Villa Pisani was one of the filming locations for “The Pigpen” (1969) by the famous Italian director Pierre Pasolini. In 2015, singer Laura Pausini chose the villa as the setting for the filming of the music video for her song “Simili.”

What more can be said here. The villa is indeed very huge and interesting to explore – both inside and out. The villa will definitely appeal to lovers of old interiors and frescoes. A very beautiful place, which certainly leaves the most pleasant emotions.

We will definitely come here again, at least with some blankets, to lie in the shade under some three hundred year old statue in the park (it is not forbidden there).

Thanks again for the photo Elio Tsukanov.

If you want to come with us next time, write us! From Abano Terme this place is not far at all.

If you found this article interesting – share it with your friends and rate it!