Warwick Castle (Warwick) is a striking representative of military architecture with powerful defensive fortifications, later turned into a luxurious residence of the nobility.

The medieval fortress is also famous for its eerie tales of prisoners of war and the bringing of one of the landowners appearing from a portrait.

The history and architecture of Warwick Castle

Anglo-Saxon fortifications have existed where Warwick Castle now stands since the 900s. Its advantageous location allowed it to control the nearby lands and the crossing of the River Avon.

According to one version, the fortress was founded by Alfred the Great’s daughter to protect herself and her people from attacks by the Danes.

In the 11th century, William the Conqueror founded fortifications in these lands. Later the fortress became the property of the nobility and acted as a symbol of their power and military might.

Many important events took place in the castle complex, it became the prison for the English monarch Edward IV and its casemates were used to hold prisoners of war.

With its great number of defensive fortifications, Warwick is considered one of the significant castles of the 14th century. When the fortress lost its strategic importance, it was used as a manor house by its owners afterwards.

The modern castle was rebuilt during the reign of Henry II. The old courtyard became part of the castle complex and, as well as the other buildings, was surrounded by fortifications of stone. A moat was dug on the most unprotected side of the fortress (north) and residential buildings were placed in the eastern part of the fortress. So owners and guests of the citadel could admire the beauty of nature and the waters of the River Avon.

In the early 17th century King James I gave Warwick Castle to Fulke Greville. The property required significant repairs and the new owner spent a large sum (about 3 million euros) to restore the castle and create a residence for himself and his descendants.

The gardens, located on the territory of the fortress, were first mentioned back in the 16th century. Their total area is 2.8 km². The castle complex also includes the Church Park, which was founded in the first half of the 18th century. They got their name thanks to the members of the Knights Templar – they owned the estate around the castle. Over time the territory of the park expanded by tearing down the neighboring buildings. The renting out of these lands for agricultural use, cattle breeding or as pasture brought profit.

Until the middle of the last century there was a water mill. Over time, it was equipped with a steam engine. The mill was used not only for threshing wheat, but also as a source of electricity for the whole castle.

The castle itself and its fortifications and outbuildings (stables, mill) are among the first in the List of Architectural and Historical Treasures of Great Britain. Along with the Tower and Edinburgh Castle the fortress is in the top 10 famous monuments according to the British media. It was made possible largely thanks to a large company engaged in advertising the sights of the country. Under its management since the second 20th century a major restoration took place, and after its completion everyone could appreciate the beauty of the castle and learn about the historical events.

The castle is not without ghosts. In the corridors of the castle you can encounter the ghost of Fulke Greville, one of the noble lords who once lived here. Some believe that his portrait serves as a portal between the worlds of the living and the dead. The baron was stabbed in the back by an angry servant after news of his dismissal.

Warwick Castle is home to a large catapult that appeared here several years ago. It took about 300 oak trees to make, and it would take eight men to start such a huge mechanism. The 22-tonne Trebuchet was designed in Wiltshire. It can send large projectiles (up to 150 kg) at 300 meters and was recognized as the most powerful in the world.

These days, there are various attractions for visitors to the castle complex and the season. Here you can see legends of noble birds (vultures and eagles), brave knights and magical weapons come to life.

Competitions in marksmanship archery and demonstration of catapult capabilities are also unlikely to leave spectators indifferent. For those who love bloodcurdling stories, the Castle Dungeon show is organized.

The legendary Warwick Castle: The Ghost Within a Portrait

Warwick Castle is one of the top 10 historic houses and monuments according to British tourism experts. And like any famous palace, it’s surrounded by myths and legends. One of them is about the ghost of an earl living inside a portrait.

Author of the article: Olga Brave 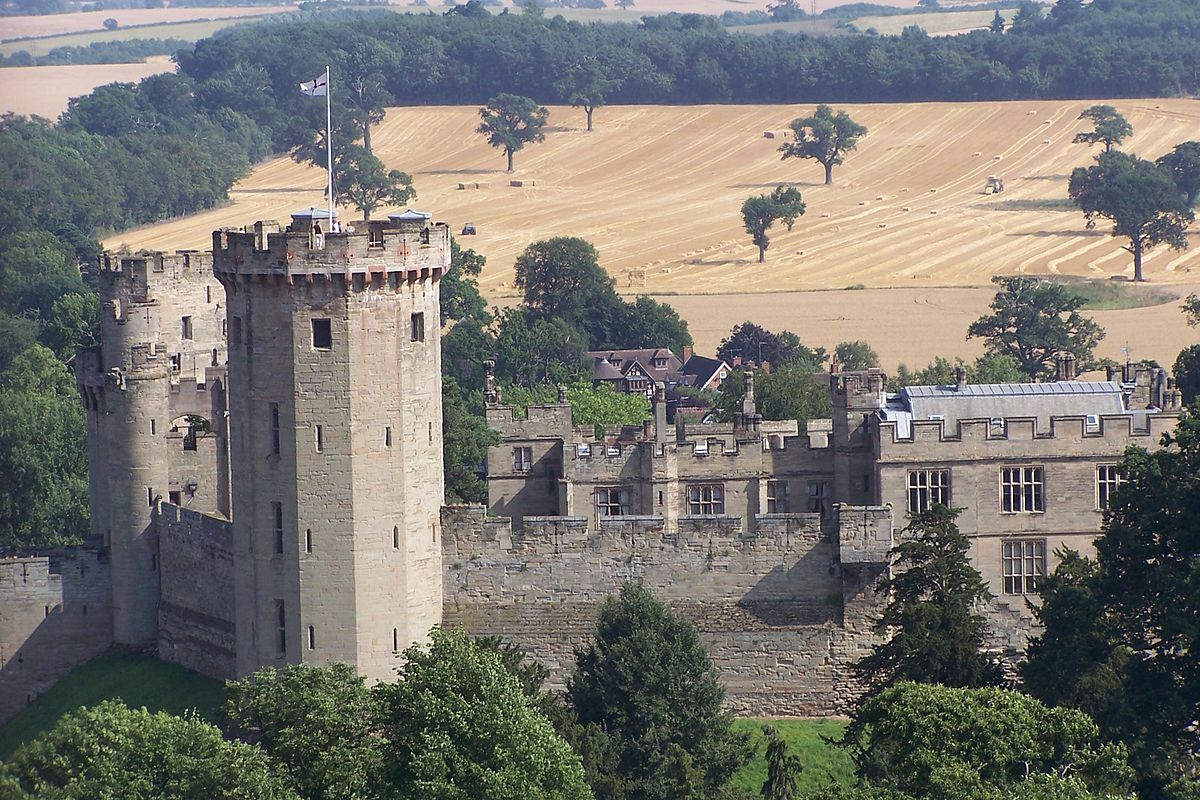 The owners of the castle

The castle, near Stratford on Avon, was built in 1068 by William I the Conqueror on the site of Warwick Castle, founded in 914 by Queen Ethelfield. The wooden fortress was then intended to serve as a defensive structure against the frequent raids of the Danes, from whom England suffered. In 20 years, the center of the fortress, the donjon tower, will be rebuilt. But its foundation would still be wooden and earthy. 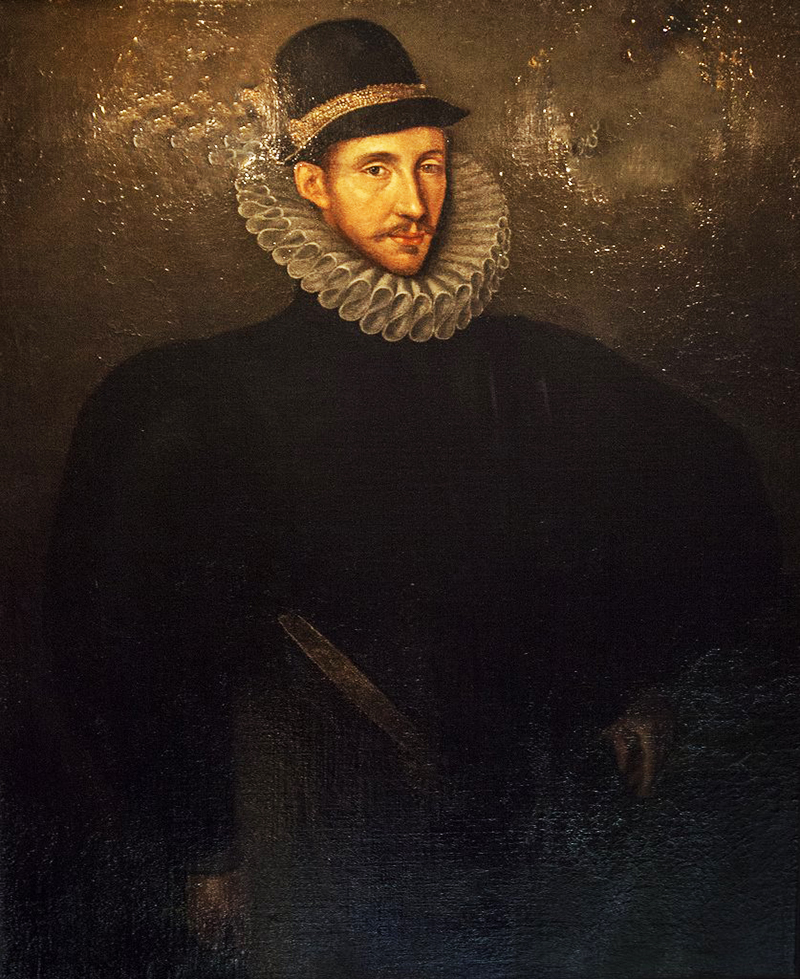 But the first stone buildings of the castle were erected by representatives of the Earls of Warwick. 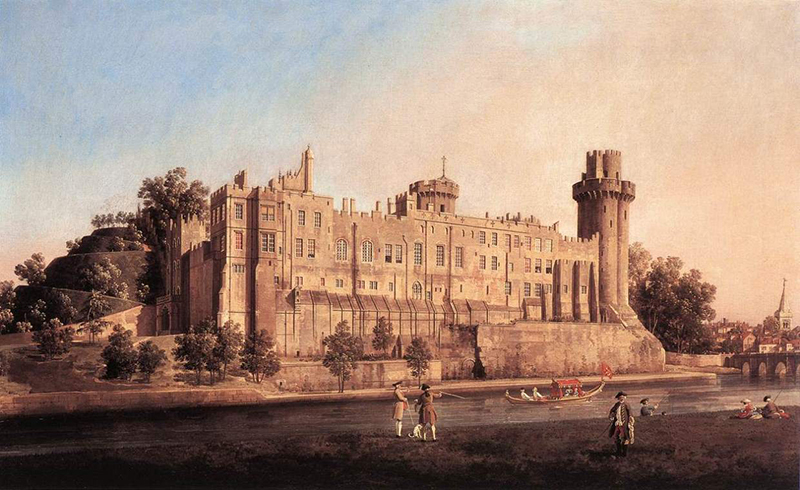 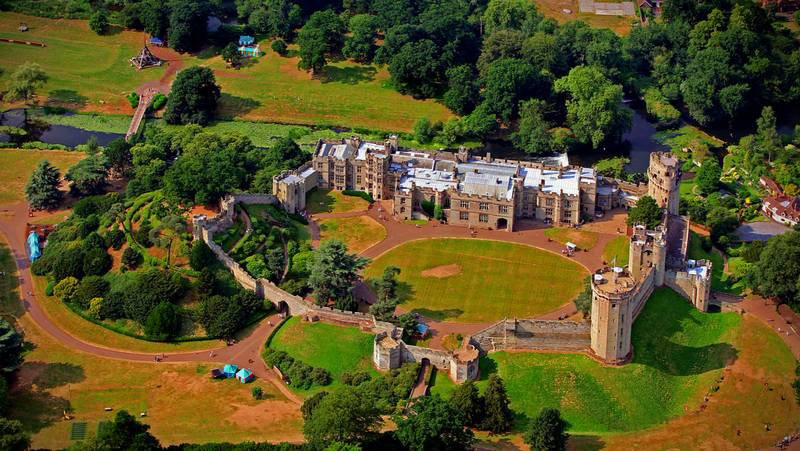 In the 14th century the structure was rebuilt again and was enriched with several towers, such as Caesar’s Tower, built in 1350. The three-storey tower, an irregular quadrilateral topped with a parapet and an octagonal tower, was an ideal example of fortification. Its height was 44.8 meters. 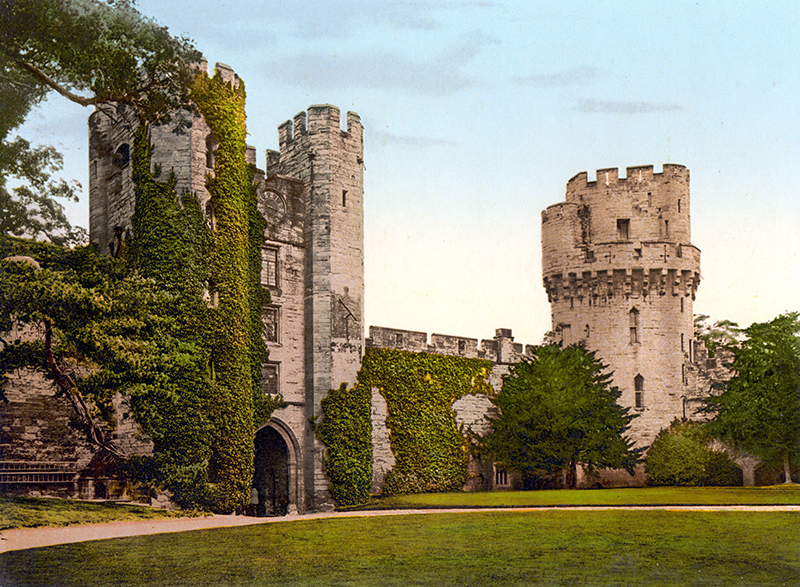 The other tower, the Gaius Tower, on the other hand, was 40 metres high.

Most legends are associated with the Tower of Ghosts, which got its name in the 17th century because of the tragedy. The fact is that in 1604 the owner of the castle became Sir Falk Grevill, who was granted the building along with the title of Earl of Warwick by King James I Stuart. And for 24 years Falk lived happily in it. But tragedy struck: A servant who had been dismissed by the earl stabbed him suddenly. It was only natural that because of the great blood loss Greville left this world. Since then, his ghost has roamed the tower. And its permanent abode is an ancient portrait.

Over the course of its existence, the castle, as is usually the case, has changed many owners. In 1978, it fell into the category of “Rich Houses of England” and was bought by the Tussauds company, engaged in the affairs of the famous Madame Tussauds Museum. The organization recreated an entire medieval life in the castle, so you can see many figures of wax kings, earls, court ladies and other “white bones” there. In the castle you can also see medieval paintings, tapestries, furniture and other furnishings. 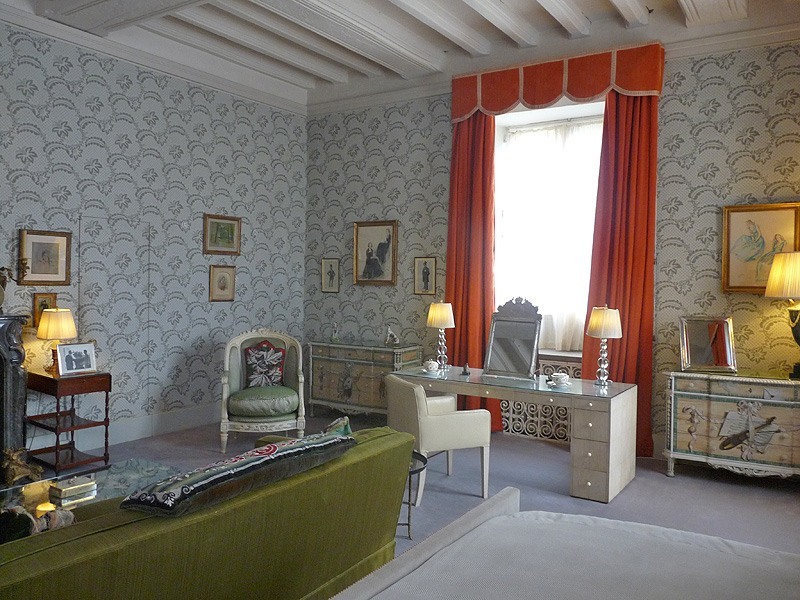 Naturally, with all this going on, there is no shortage of people coming to the castle.

One of the main attractions here is a large catapult, weighing 22 tons, which took 300 oak trees to create. To make the machine work, eight people have to launch it. This is one of the most powerful guns in the world, which can shoot projectiles of up to 150 kilograms at a distance of 300 meters, which is demonstrated to visitors. They can also take part in an archery competition and become spectators of the play “Dungeon of the Castle,” which recreates the story of Falk Greville. 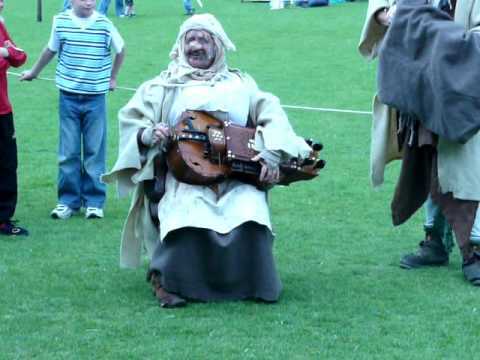