Oasis covered with volcanic ash: the most amazing place in the Sahara 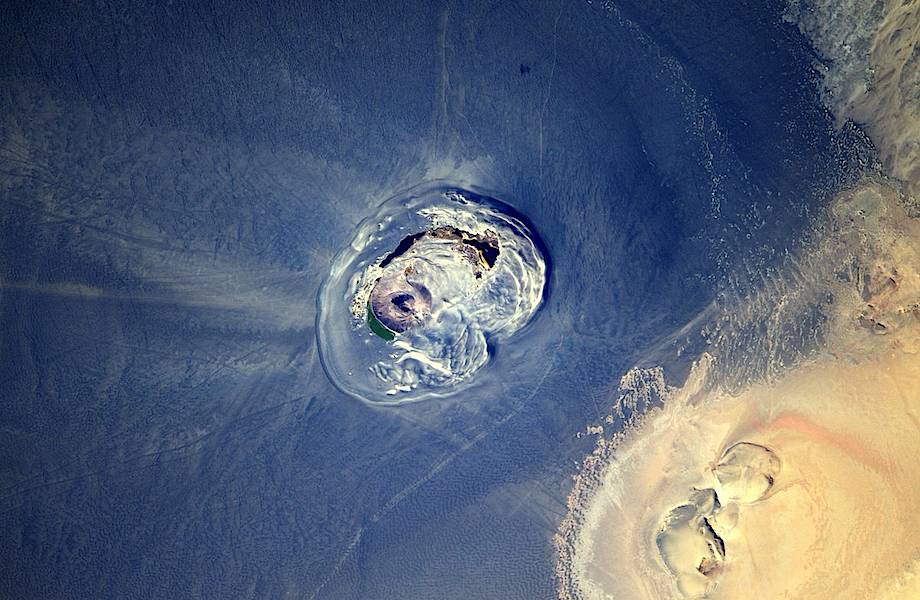 Such an amazing combination of natural objects in one place can’t be found anywhere else in the world. In the middle of the Sahara Desert is a Libyan oasis with three lakes, located after the black sands at the foot of an ancient volcano. The view of this place combined with the desert landscape makes a lasting impression, and even the difficult road and lack of service does not stop travelers seeking to get here at any cost. 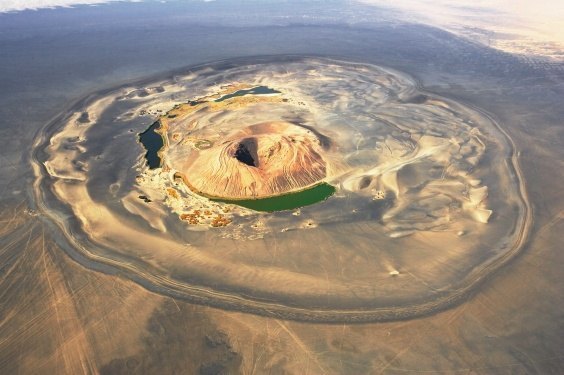 The oasis of Wau-en-Namus is located in a sparsely populated part of Libya, in the south of the country. This part of the Sahara is called the Libyan Desert. 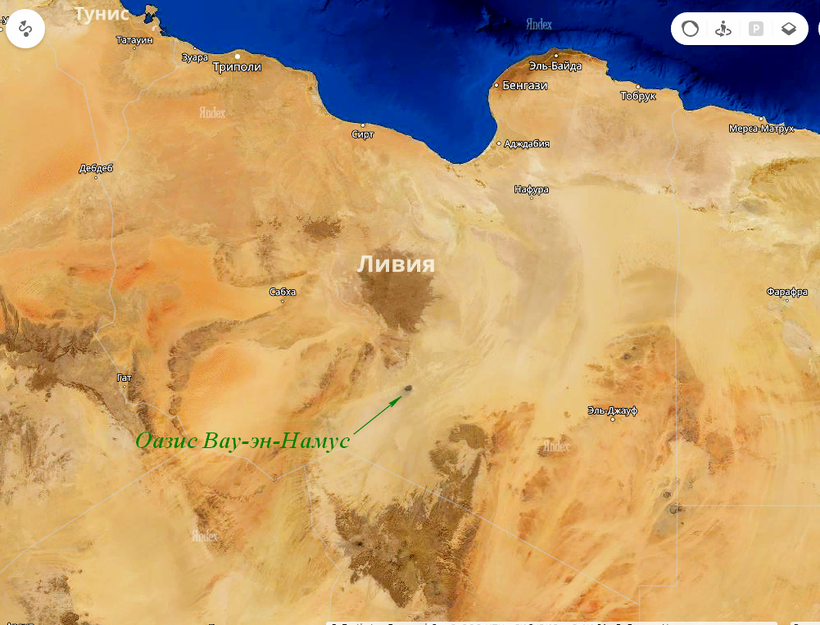 The heart of Wau en Namus is the caldera of an extinct volcano, the ruins of which are about 100 meters high. In the distant geological past, during active eruptions, the volcano produced a huge amount of lava and ash, crushed particles of which today are spread across the neighborhood of Wau en Namus at a distance of up to 20 kilometers. And even thousands of years later, the sands of the Sahara have not been able to completely absorb the volcanic rocks. It is for this reason that the unusual oasis is clearly visible from the air. 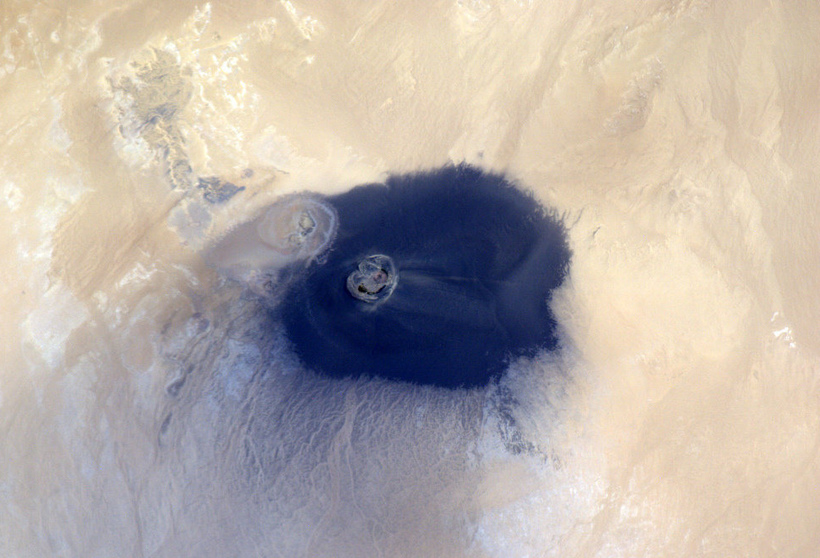 At the foot of the picturesque volcanic ruins are three lakes, which make the existence of plants possible. Despite the fact that the lakes are fed by a fresh underground source, the water in them is salty. This is explained by the presence of salts in the surrounding volcanic rocks, which, dissolving, make the water salty.

Another surprising feature of the oasis is the huge number of mosquitoes. By the way, Wau-en-Namus is translated from Arabic as “an oasis of mosquitoes”. If you think that these insects live only in humid tropical climates, this oasis will make you change your mind. Yes, mosquitoes need warm, standing water to breed, but they can be found even in the vast expanses of the Sahara. Since there are no permanent pools of water for miles around, these bloodsucking insects have chosen the oasis of Wau en Namus as their breeding ground.

The oasis of Wau en Namus has been known to local tribes since ancient times. The presence of a constant source of water attracted traders who drove caravans of camels across the Sahara. Camels are known to be able to drink even salt water and the presence of mosquitoes apparently did not embarrass the ancient travelers. 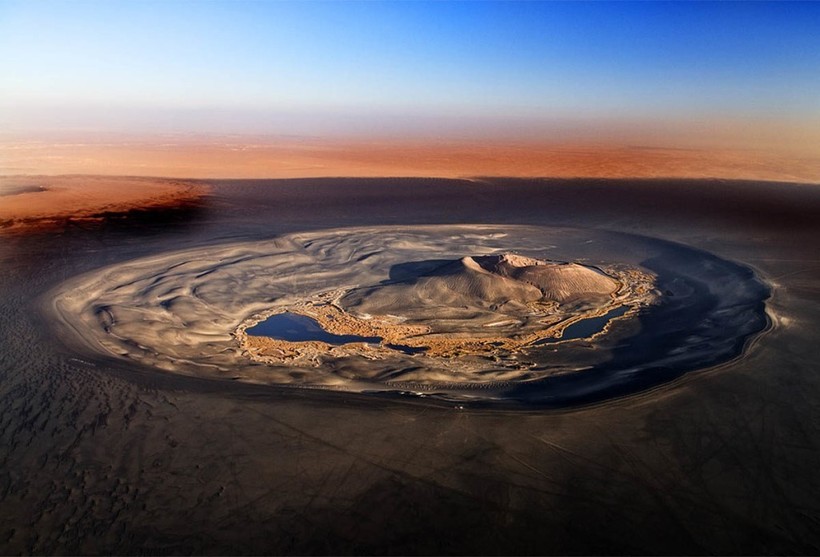 And if the inhabitants of the Libyan desert has long been something unique, the Europeans, first arrived in this place only in the XX century, were simply amazed by its unusual beauty. Today, Wau-en-Namus is gaining in popularity among tourists who have ventured to the Sahara. These days, people have moved from camels to off-road vehicles, but just as hundreds of years ago, travelers are still drawn to this ash-filled oasis. 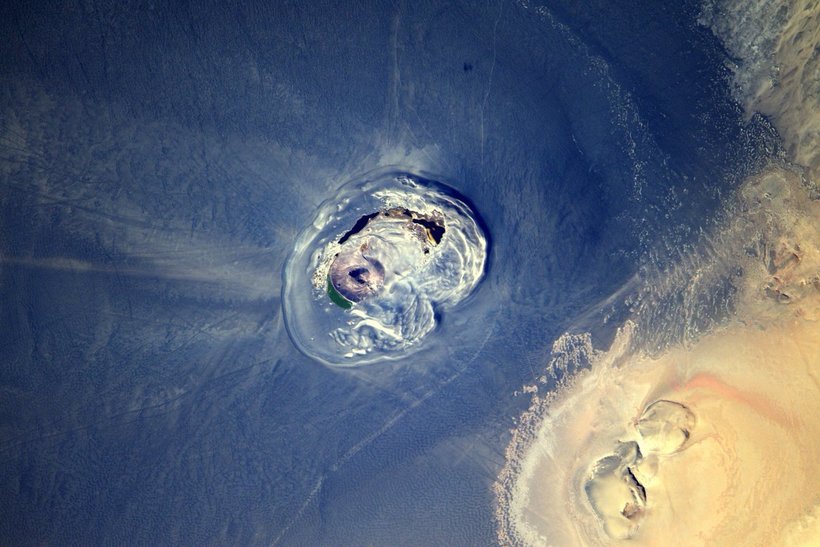 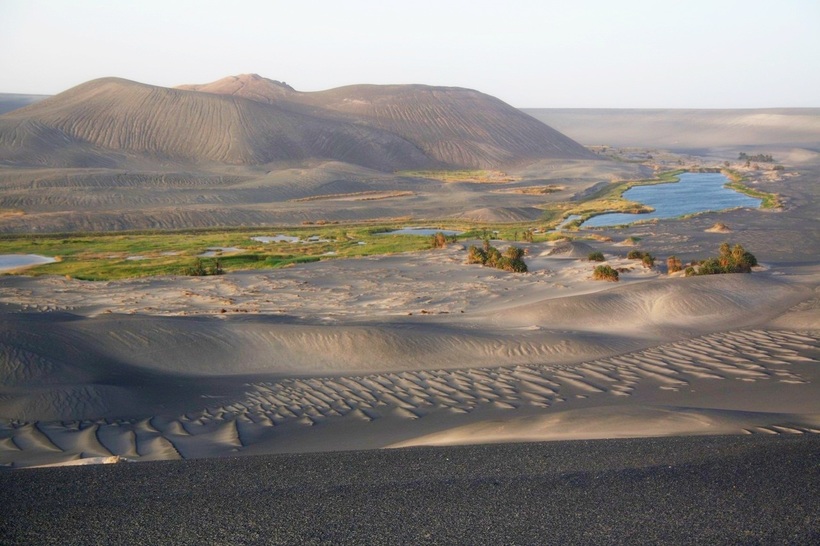 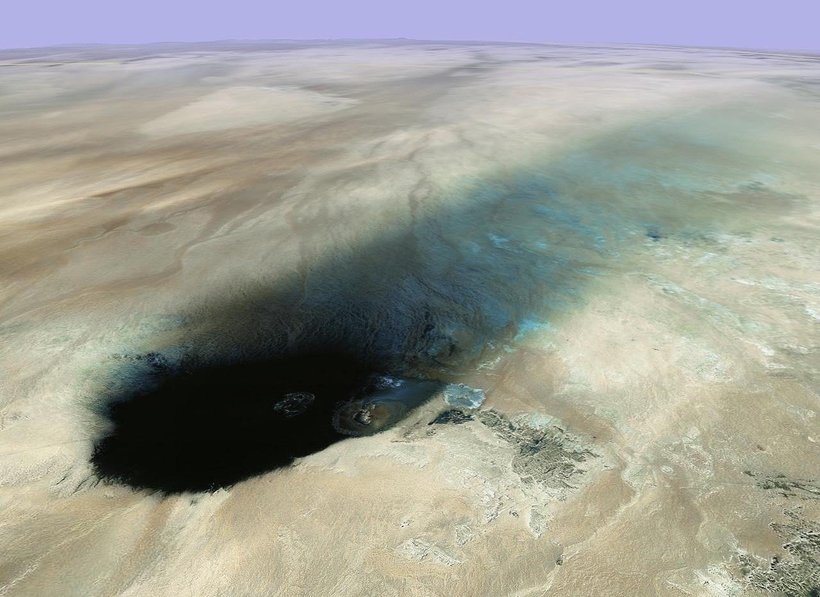 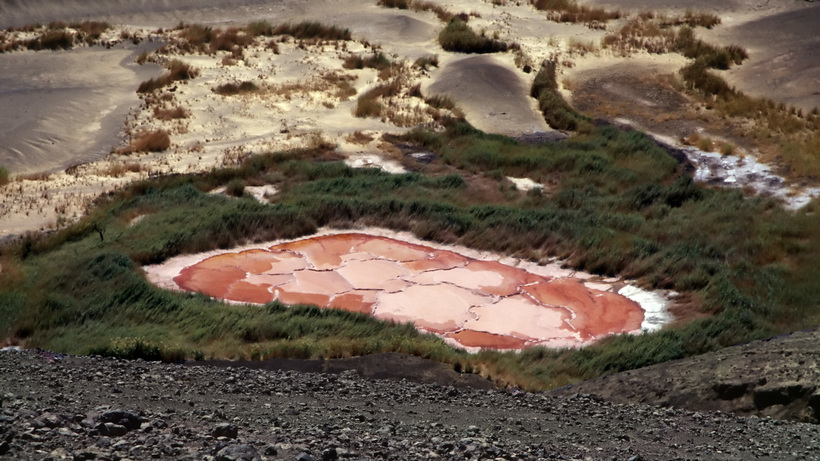 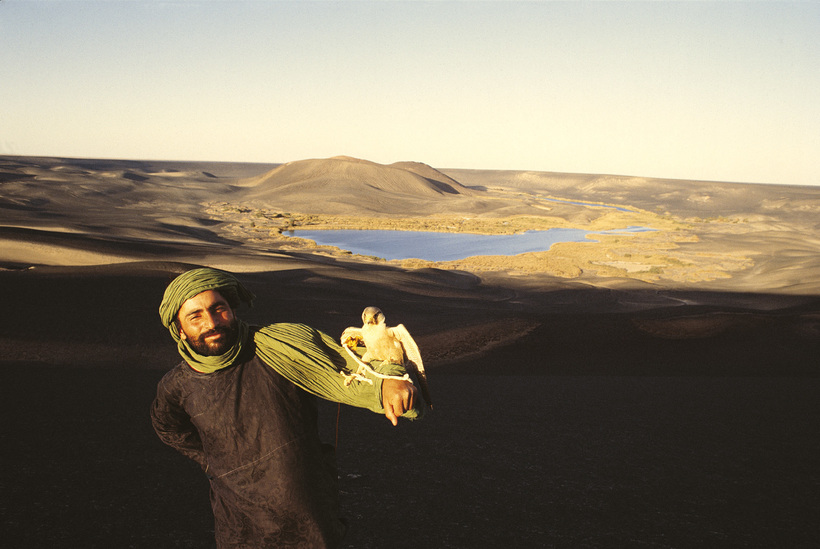 Join our community on Telegram, there are already over 1 million of us

Waw-an-Namus, an oasis inside a volcanic crater, Sahara, Libya

Waw-an-Namus is the crater of an extinct volcano located in one of the most remote places in Libya, deep in the Sahara Desert. The volcanic field is about 4 km wide, and is surrounded by black deposits of ash 10-20 km wide, which stands out vividly against the yellow desert. At the bottom of the caldera is a 120-meter ash cone – actually the source of the ash – as well as three small salt-colored lakes.

In Arabic, this place is called a mosquito oasis and its name unites the caldera, the volcanic field and the conical volcano itself. So for a visit there just vitally need a mosquito repellent.

Because of the presence of fresh water in this remote volcano, Wau an Namus has always been an important point for caravans en route from Waw Al Kabir to the oases of Rebiana and Al Kufrah in southeastern Libya.

The picturesque volcano was first reported to the outside world by Carl Moritz von Beurman (1862) and Gerard Rohlfs (1881), although they never visited the place. Probably the first European to visit and report on this volcano was a Frenchman, Laurent Lapierre (1920). Lapierre was an officer who had been captured in combat and convoyed through these places. He had the opportunity to report on his adventures after his release a few years later.

About eleven years later, an Italian geologist, Ardito Desio, reached Wau-en-Namus during his famous camel expedition. On his geological expedition, Desio also visited many other places and published a geological description of the volcano for the first time in 1935.

After World War II, the volcano was visited by several scientists, including geographer Nikolaus Benjamin Richter, who inspected the volcano several times and published a book about his trip in 1960.

Since then, the volcano has been visited more than once by geologists, geophysicists, and tourists. Over the past 20 years, Wau-en-Namus has become one of Libya’s main attractions.