Wilhelmstein – a square island in Germany

The island is an ancient fortification structure. Its dimensions are 120 x 120 meters and its total usable area is about 12500 m 2 . In the southern part of the island there is a small pier.

The island is located in the southwestern part of Lake Steinhuder Mer about 1,300 meters from its shore in northern Germany, 30 kilometers east of Hanover. 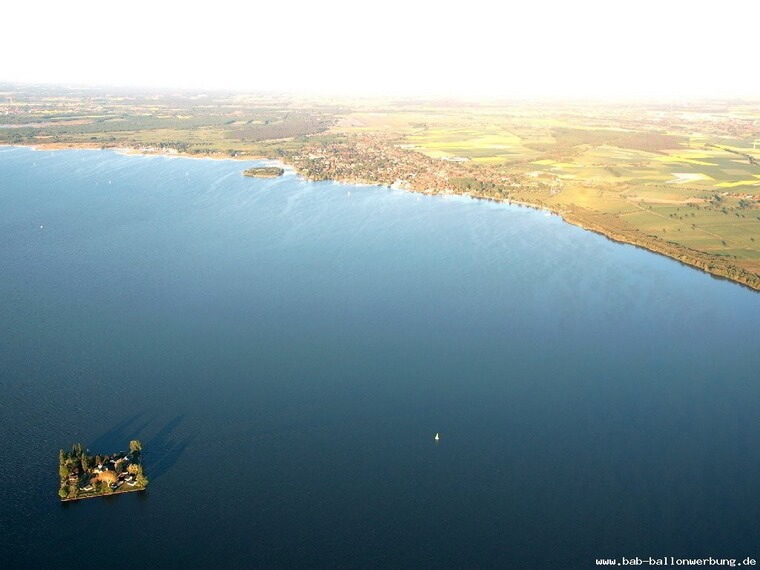 The island was built in the 18th century, more specifically from 1761 to 1767. At that time, Count Wilhelm of the Schaumburg-Lippe dynasty ruled the region. The name of the island, as you have already realized, came from the name of the count.

In order to protect himself as much as possible from threats, Wilhelm decided to build himself a fortification right on the lake. 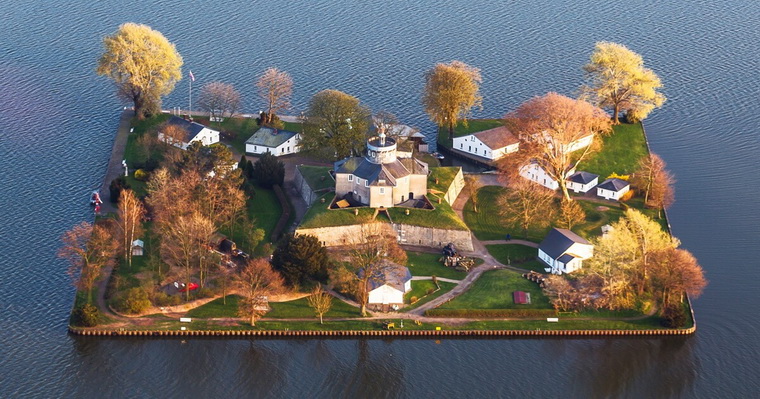 The basis of the island is a large number of stones delivered there by boats by local fishermen. The locals created about 30 m 3 of sand, gravel and stones every day for five years. Fishermen transported the material by boat in the summer and by sled in the winter on the ice.

An interesting fact. Originally, instead of making an artificial island they tried to make a wooden deck on poles driven into the bottom of the lake. But the wood quickly rotted and deteriorated.

Note the Jal Mahal water palace in India. It, too, is located in the middle of a lake.

At various times there was a military school and a prison on Wilhelmstein Island. 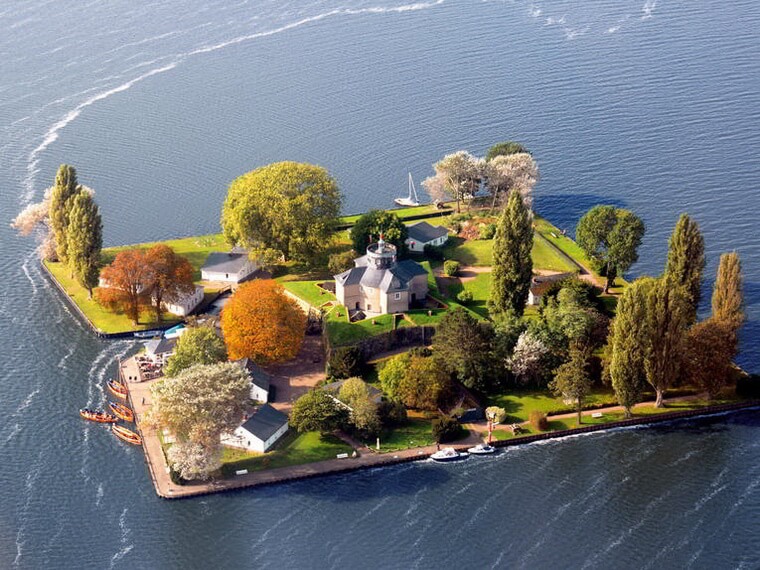 When the fortress was completed, Count Wilhelm organized a military school there, which he called “Practical Artillery” and “School of Genius.” It served to train officers, sergeants, and artillery crews. Students took turns living on the island and in the town of Steinhude. The school taught not only military knowledge, such as ballistics and tactics, but also general subjects – physics, medicine, chemistry, history and foreign languages. And attendance at the school was free.

After the death of Count Wilhelm, the military school was moved to Bucckeburg.

From the late 18th century the island was abandoned until it was turned into a prison in the early 19th century. It became the official prison of the county of Schaumburg-Lippe. In the beginning, criminals sentenced to long terms of imprisonment up to and including life imprisonment were held here. By 1815, there was an average of 10 permanent prisoners on the island. All told, about 300 criminals had been in this prison for 80 years. Some of them died and were buried on the island.

The most important building of the island is its fortress in the shape of a four-sided star. It is still located in the center of the island.

Between 1765 and 1767 a hill with four bastions and a citadel was built on the island, The outer walls were made of stone blocks and bricks were used inside. Soldiers were housed in casemates inside the fortress. 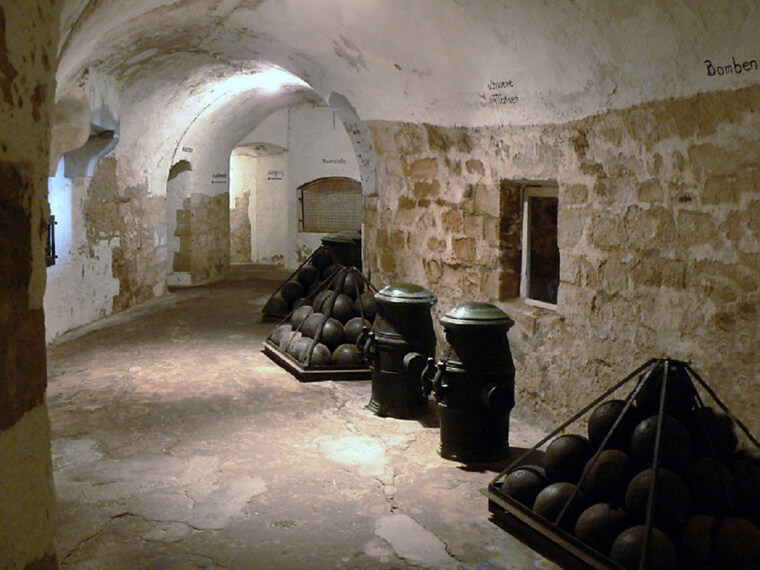 Behind the casemates, a castle was built as living quarters for the fortress commander and officers. It had a tower which even housed an observatory since 1774. 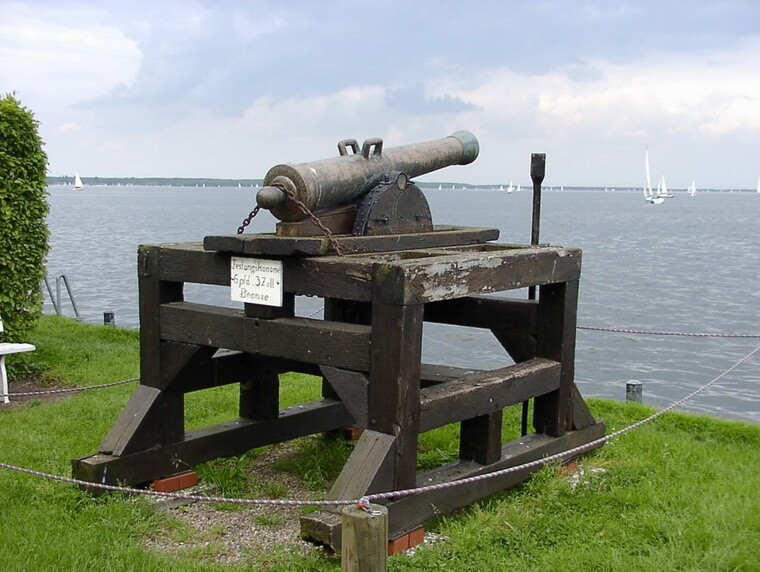 A reserve of 800 soldiers was planned for the event of war. In the first years of regular service there were 250 soldiers. A little later the number was reduced to 150 men. In 1782 the military contingent was only 22 men.

Service in the fortress was not safe for the soldiers’ health. The high humidity contributed to frequent colds and rheumatism. Therefore, during peacetime, soldiers were here for up to 10 days. Outside the island, the military was housed in Hagenburg and Steinhude.

The fortress still belongs to the Schaumburg-Lippe family house. 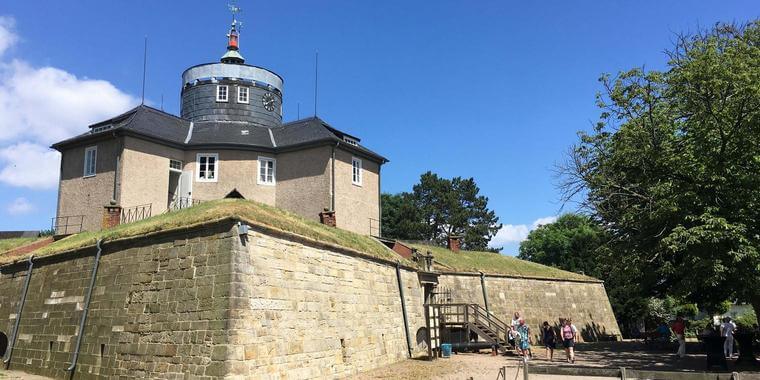 Wilhelmstein Island received its first and only baptism of fire in 1787, exactly 10 years after the death of Count Wilhelm. At that time, Hessian troops occupied the entire county without encountering any resistance. But about 150 people took refuge on the island.

The Hessians besieged the island. There were about 2,800 men advancing, but the fortress could not be taken. Shelling with cannons proved ineffective because the island was far enough from the shore, and the marshy terrain did not allow to come closer. The island was not defeated either.

Men from neighboring counties came to the aid of the defenders of the fortress. When the coalition gathered a few thousand soldiers, the Hessians retreated.

An interesting fact. Germany’s first submarine was built on Lake Steinhuder Mehr, and Wilhelmstein Island was its shipyard and base.

Steinhuder Hecht was the name of the first German submarine made in 1772. Hecht translated “pike.”

Jakob Chrysostomus Pretorius, a military engineer, designed a wooden oak structure in the shape of a fish. It had sails and a movable tail. Presumably, sketches of the boat were first presented in 1762 to Count William. The project initially suffered setbacks, but by 1772 the first working prototype was created.

Further information is rather vague. It is said that the submarine was able to submerge in the lake for as much as 12 minutes. But the depth of the body of water does not exceed 3 meters, so this statement is doubtful.

Today, models and drawings of this submarine are on display at the Wilhelmstein Military Museum.

Today Wilhelmstein is a historical museum and a popular tourist destination. For more information, visit the island’s official website.

The island has a small cozy coffee house and two guest houses.

In the 21st century, the owner of the island (Prince Alexander Zu Schaumburg-Lippe) carried out restoration work on the island between 2005 and 2009 at a cost of about 1 million euros. After that, the island became even more attractive to tourists.

Originally, there were 16 houses on the island. To date, only 9 of them have survived, and most of them are not original buildings, but stone copies built in the mid-19th century. 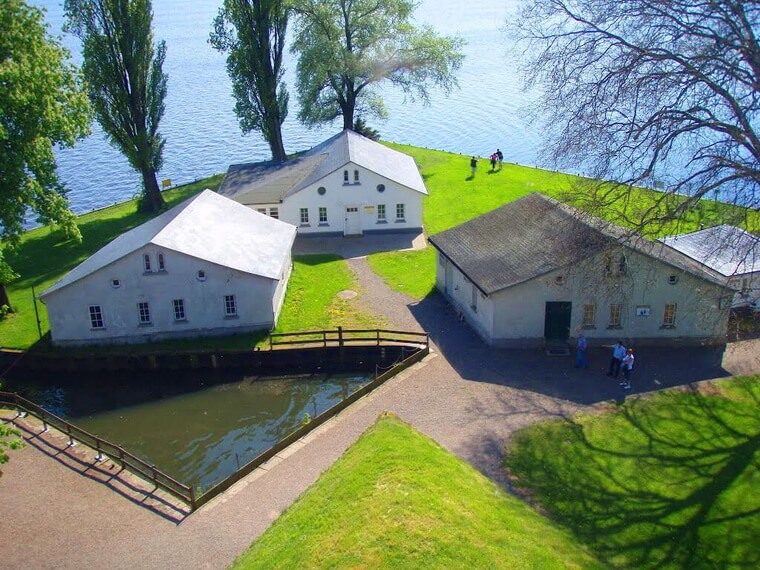 Houses on the island of Wilhelmstein

From time to time on the island are held art exhibitions.

Each year the island is visited by about 80,000 tourists.

Interesting fact – Since 1900, wedding ceremonies were sometimes held on the island. Since 2005, up to 20 couples a year could get married here.

The island of Wilhelmstein can only be reached by boat from the coastal towns of Steinhude (in the southern part of the lake) and Mardorf (in the northern part). The nearest major city is Hannover. 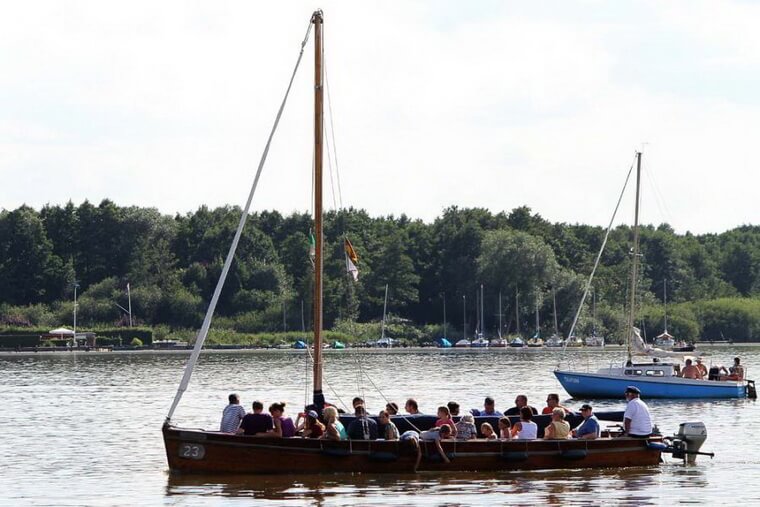 You can get to Wilhelmstein Island by these boats 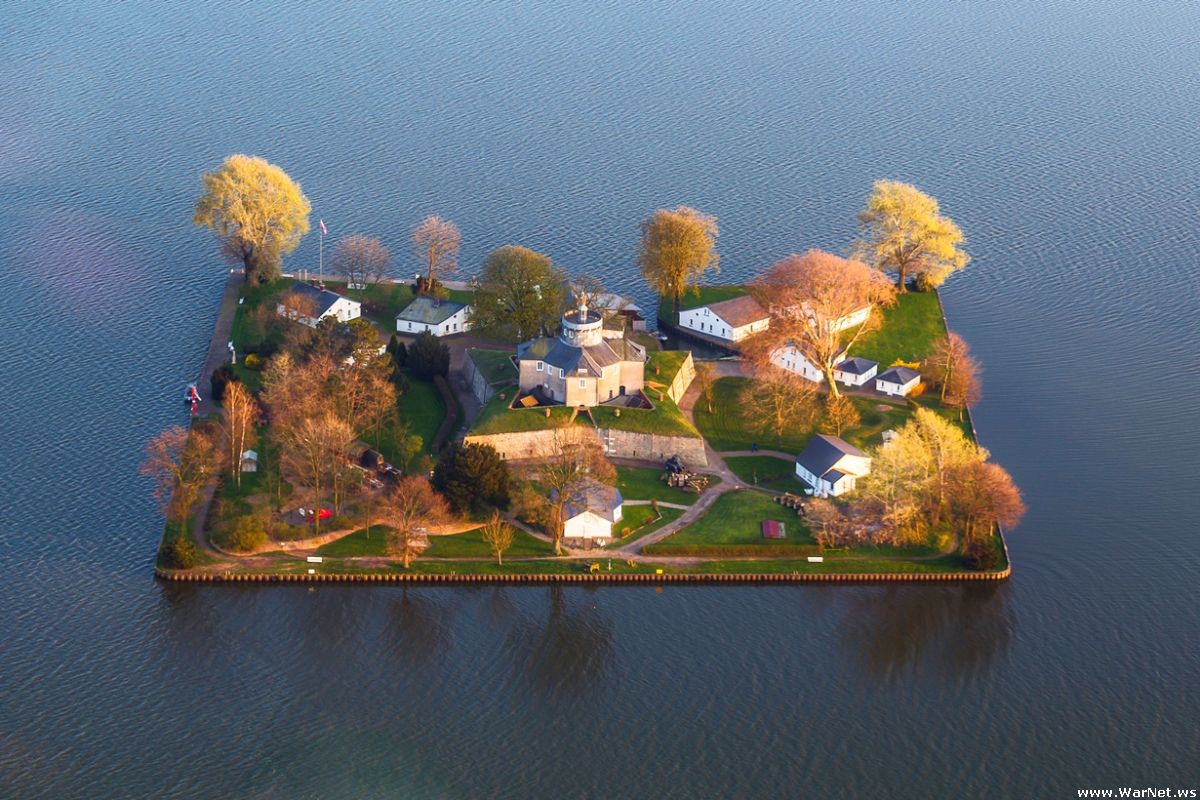 Artificial Wilhelmstein Island is located on Lake Steinhude in the Hannover region of northwest Germany. The island was created during military action in the region in the 18th century. Duke Wilhelm of the Duchy.

Let us remember its history… 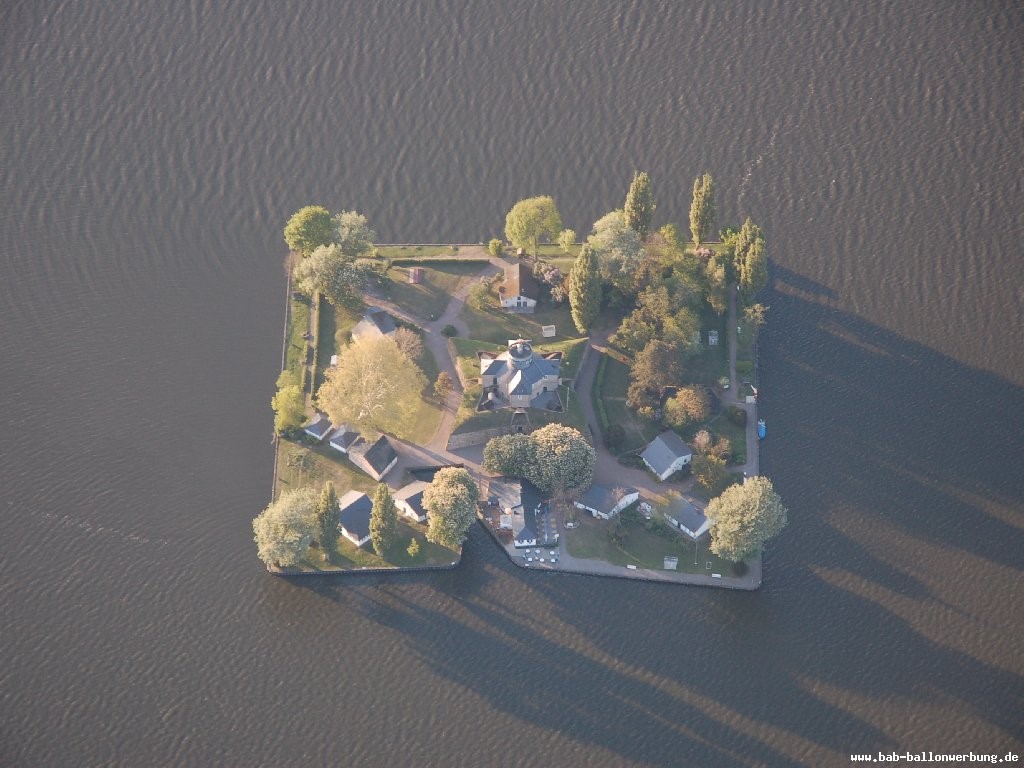 Wilhelmstein Island is located on Lake Steinhuder Mir, northwestern Germany. Duke Wilhelm Schaumburg-Lippe (1724-1777) built a fortress on this island to protect his rather small county. It is actually an artificial island based on a pile of rocks that were brought here by local fishermen in their boats. The fortress originally consisted of 16 islands, which were later consolidated. William established a military college in the fortress. Only once did the island prove useful, when it was besieged by the Duke of Hesse-Kassel in 1787, and successfully held off the onslaught. Wilhelmstein today is a museum and a popular destination for tourists who visit these places. 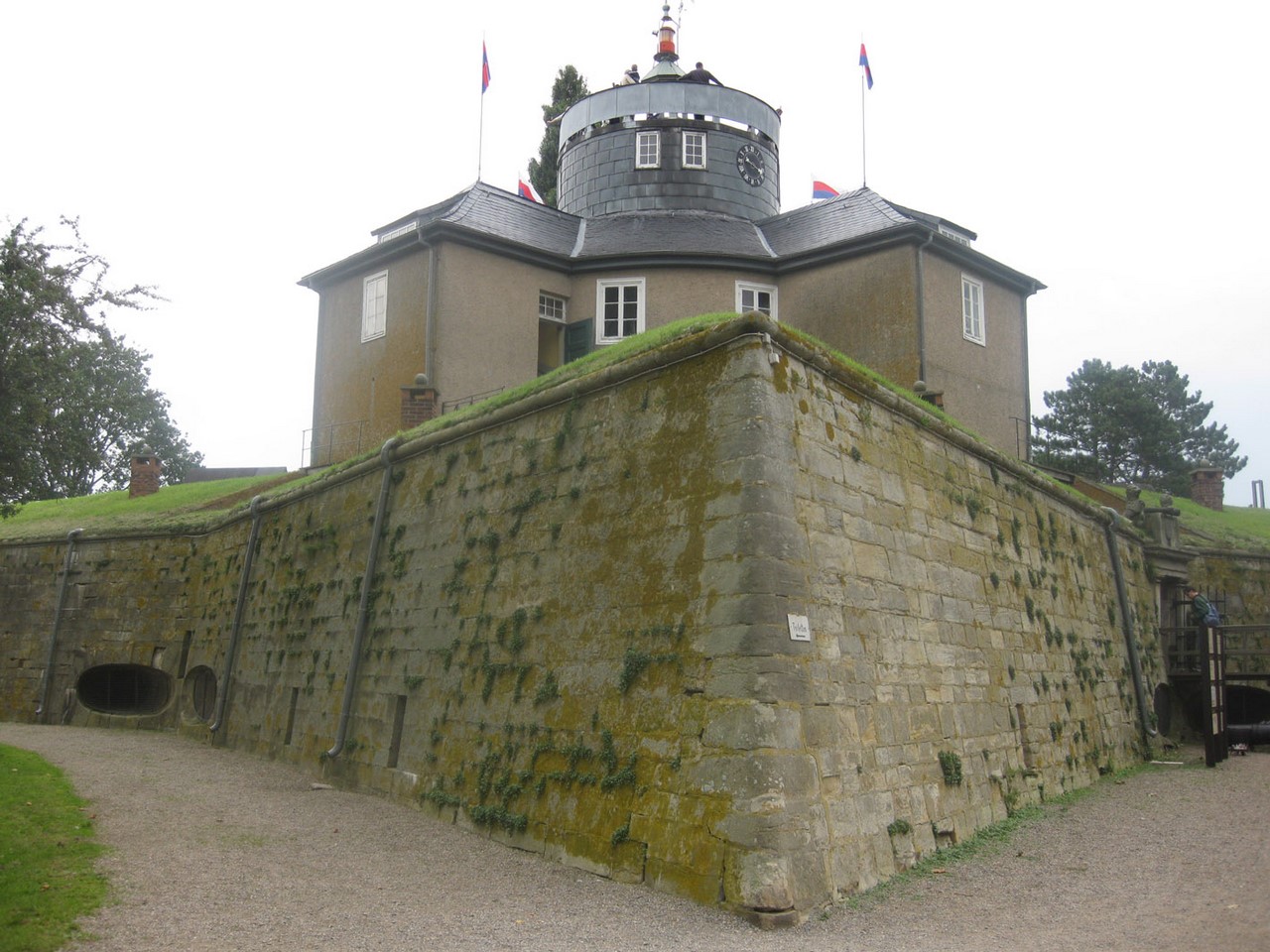 The island is also famous for the fact that Germany’s first submarine, the Steinhuder Hecht (“Steinhuder Pike”), was built here in 1772. 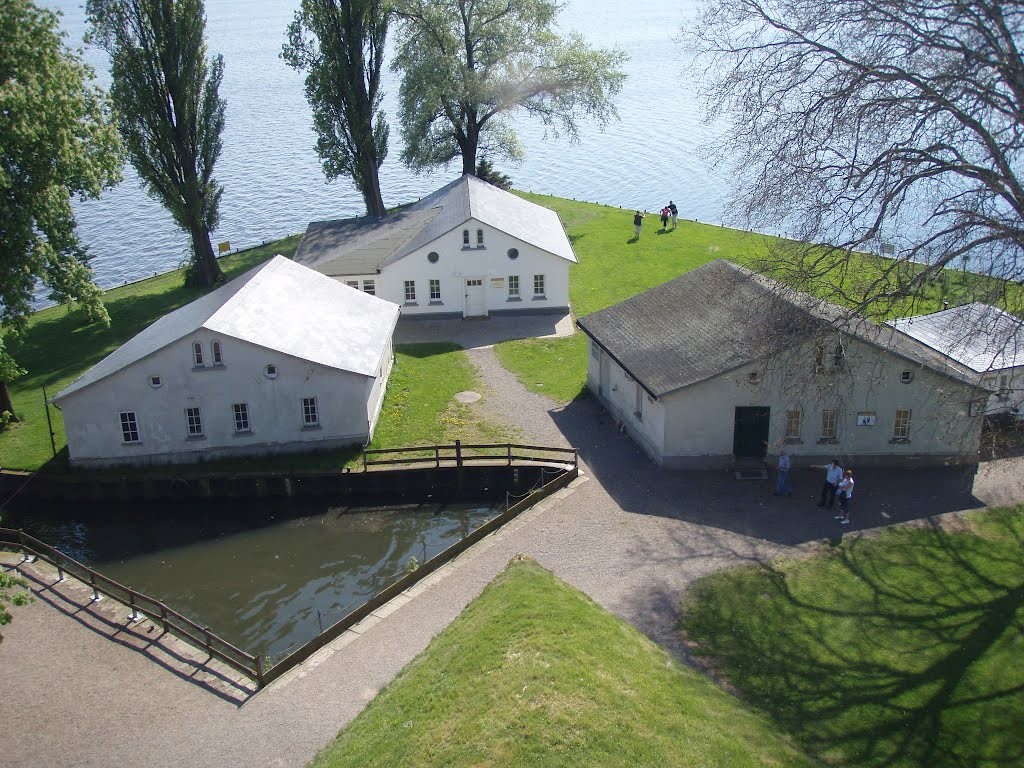 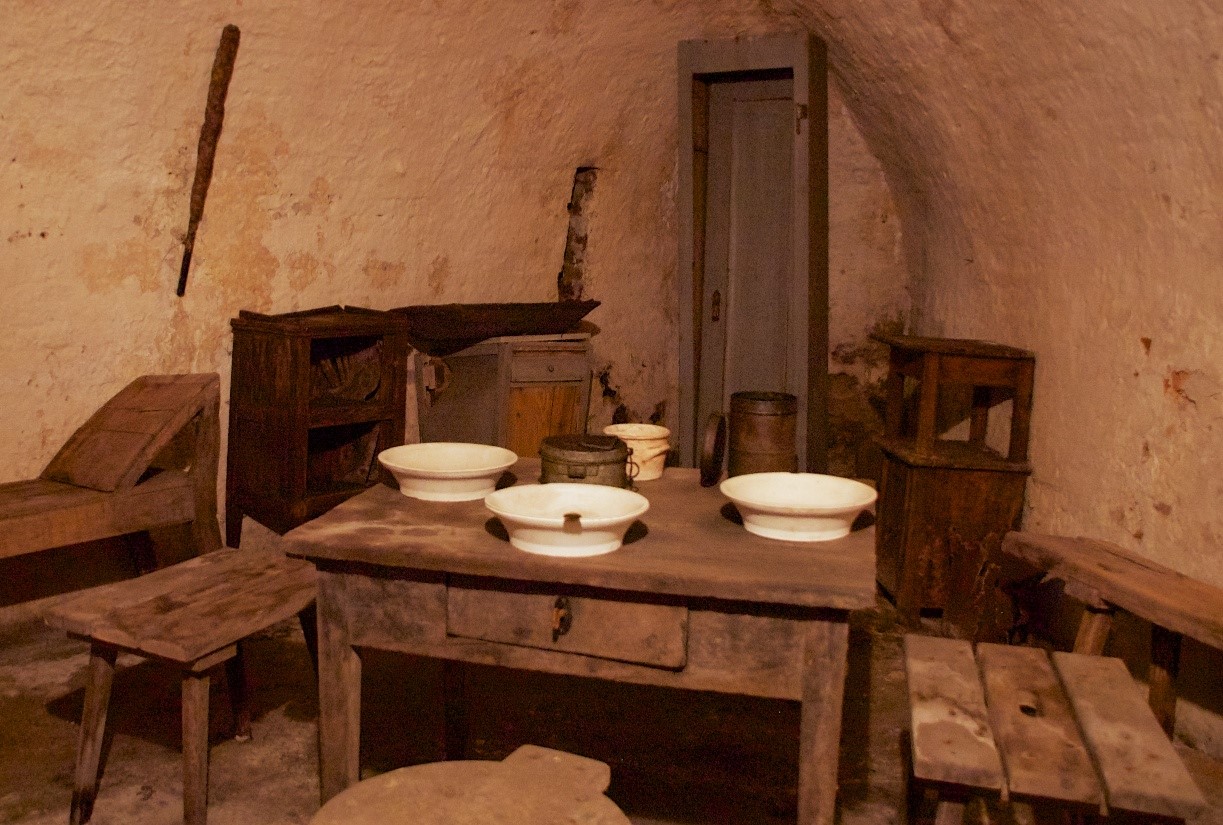 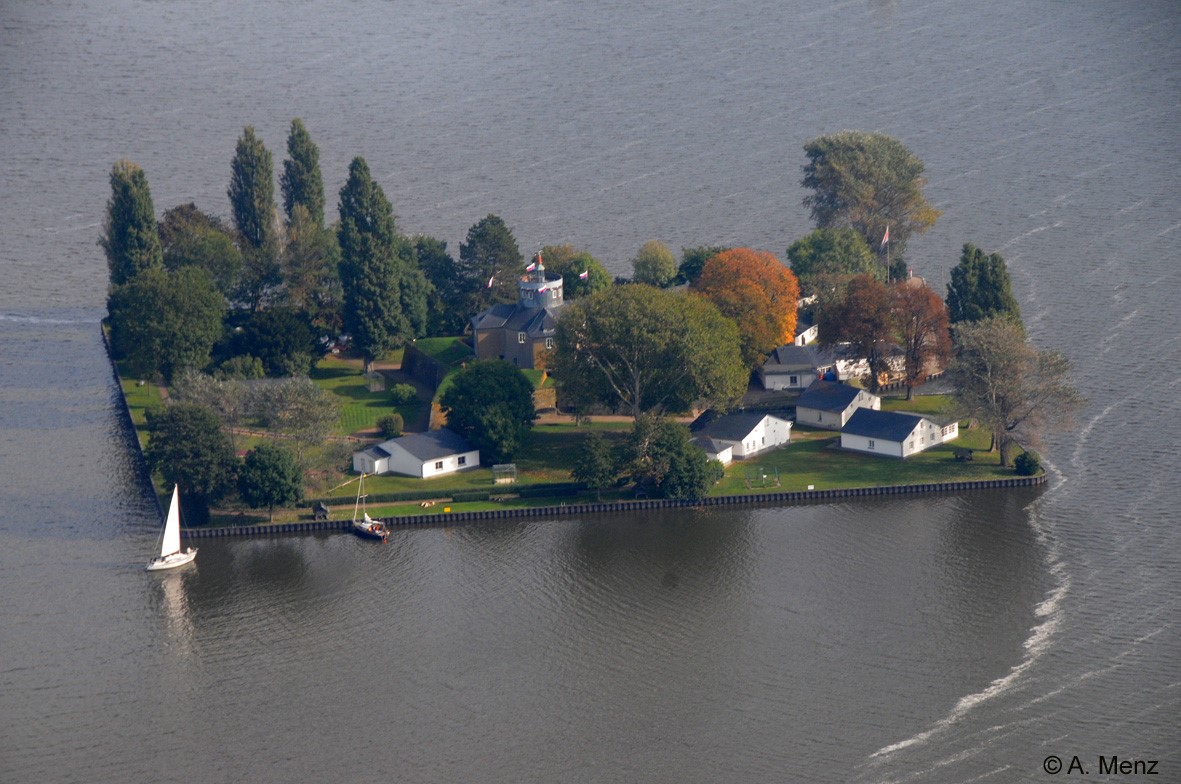 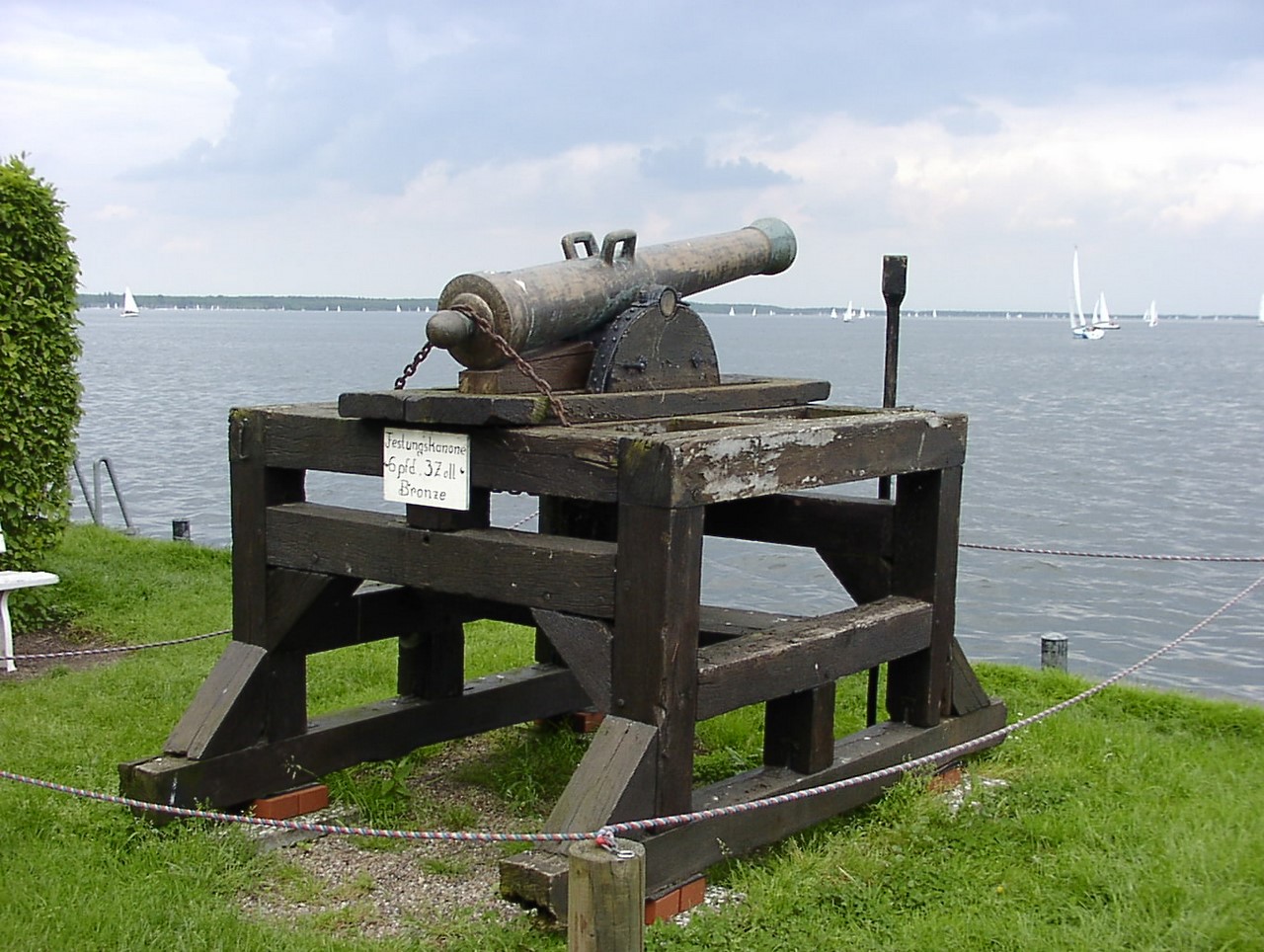 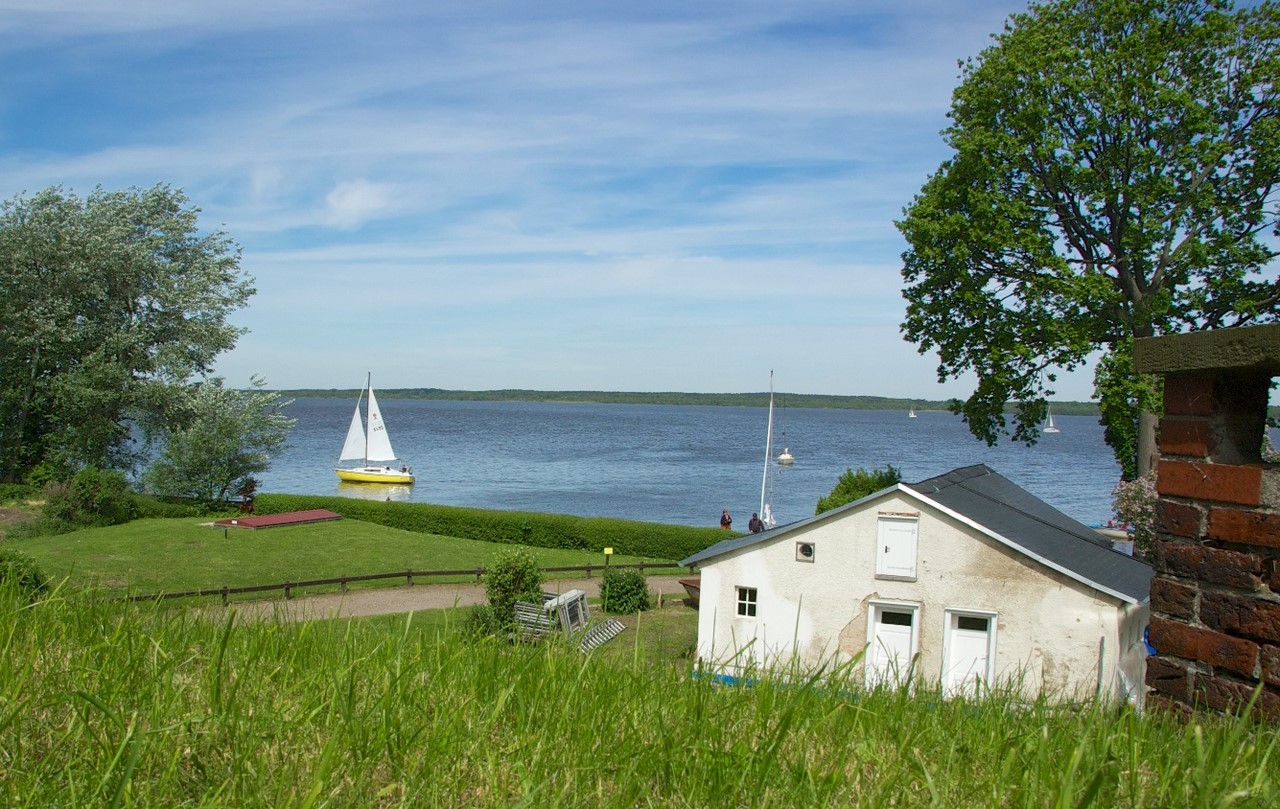 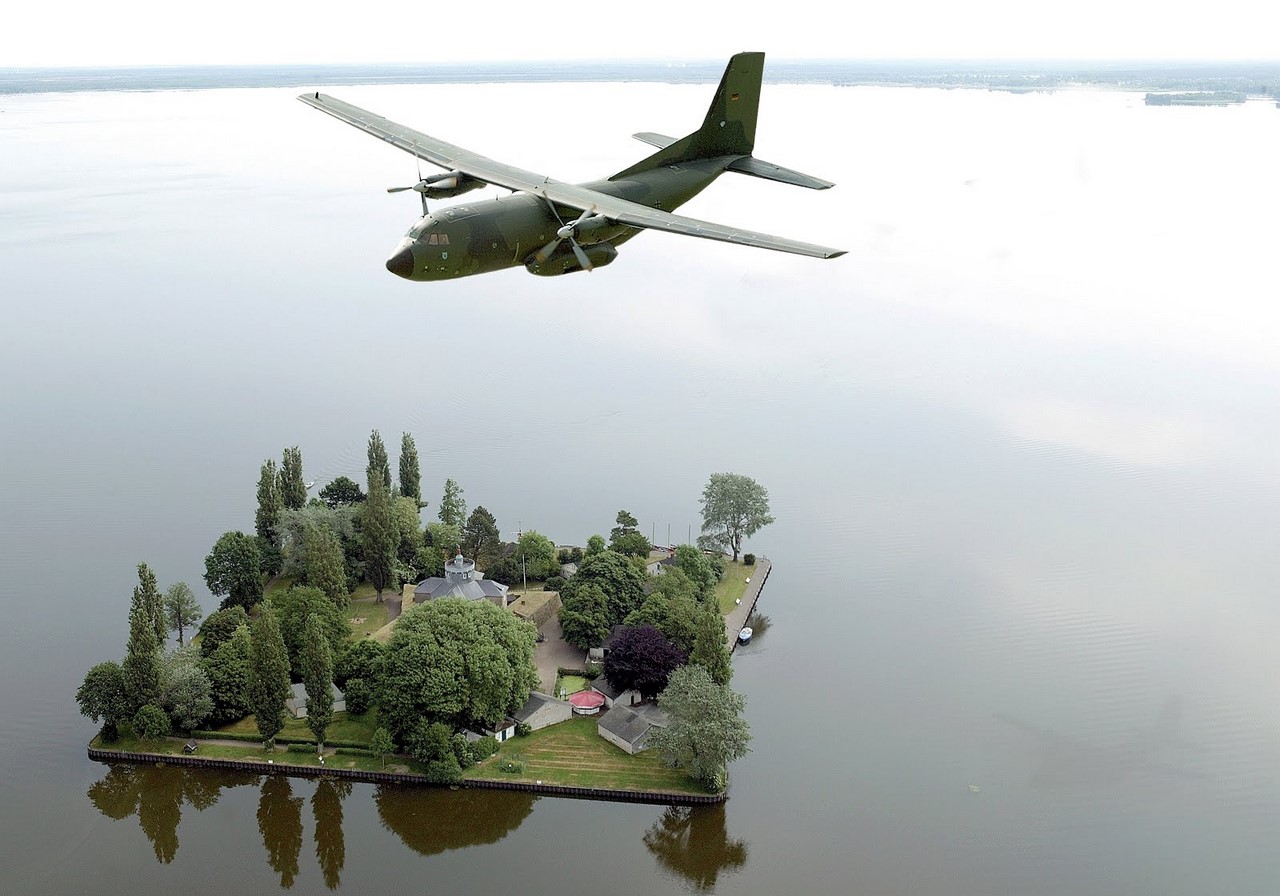 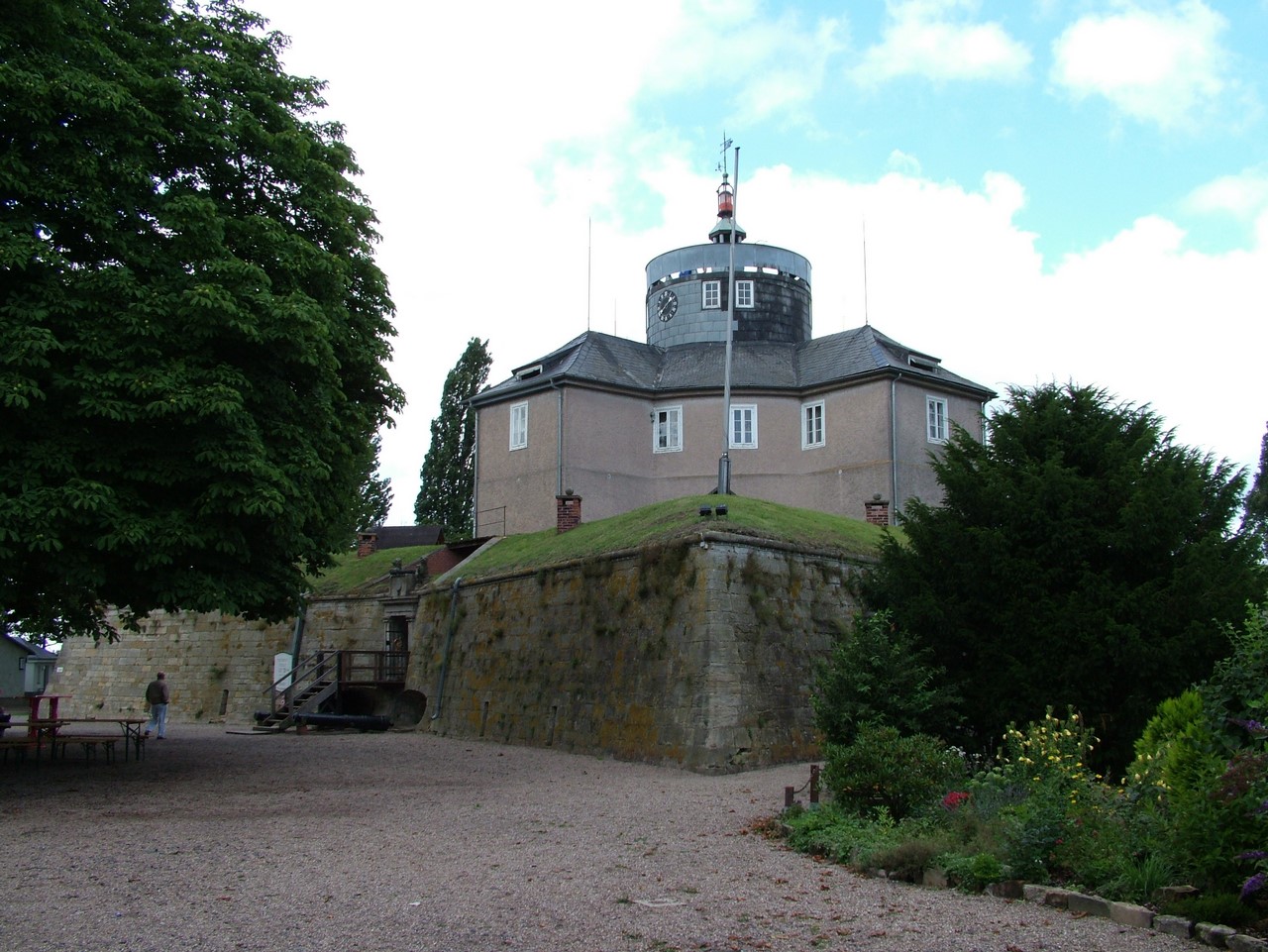 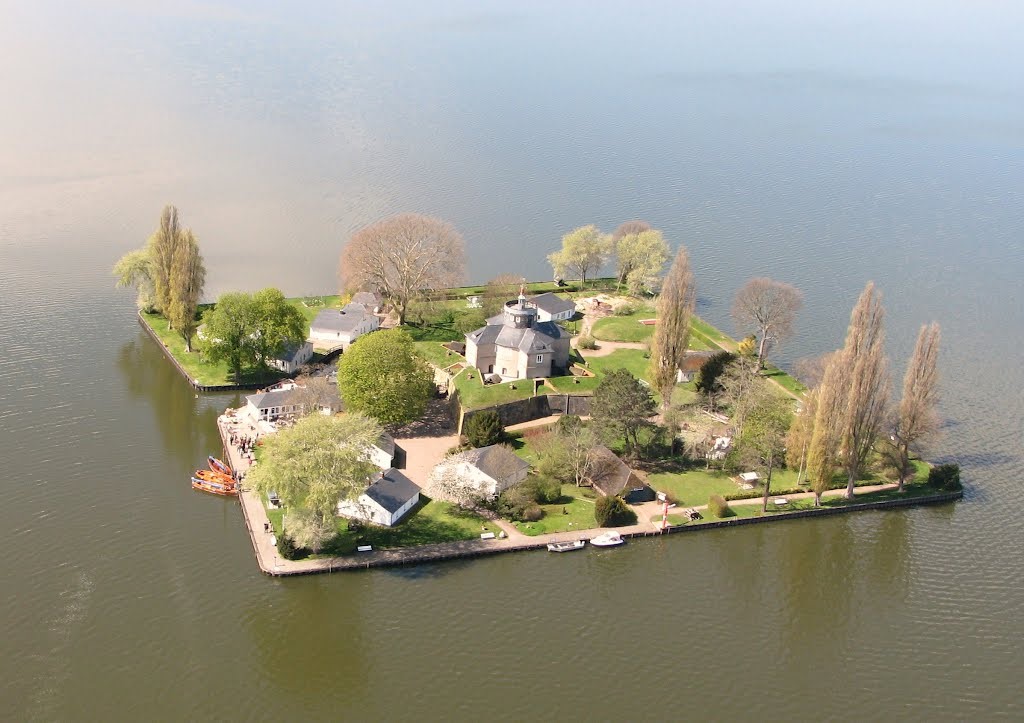 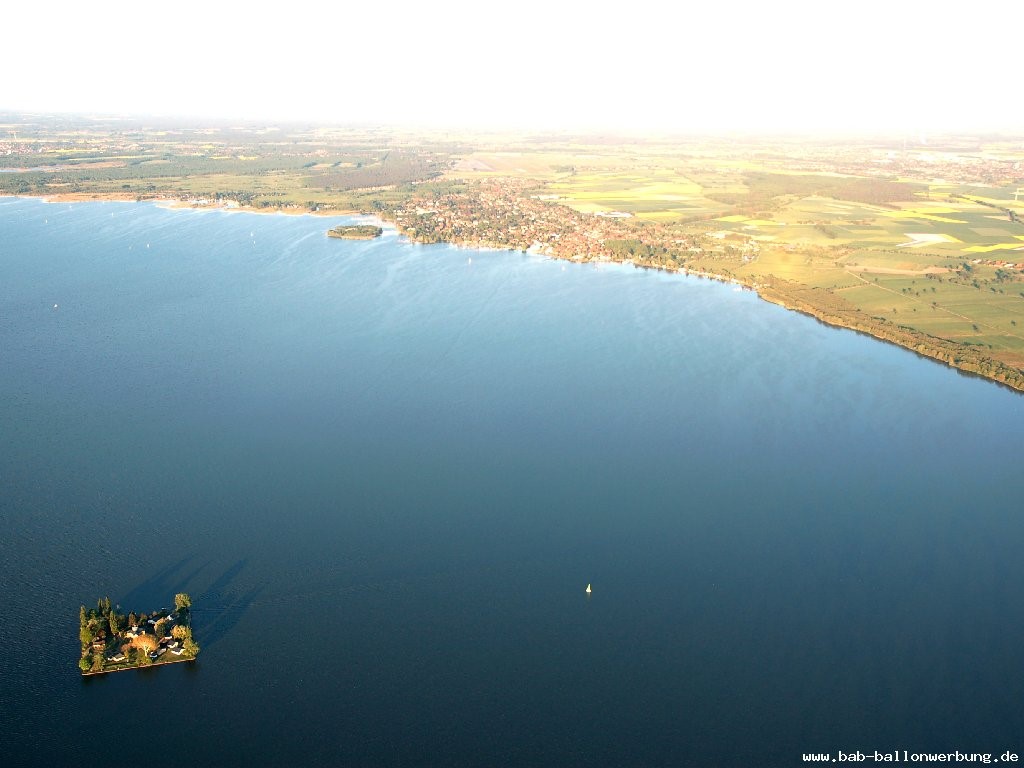 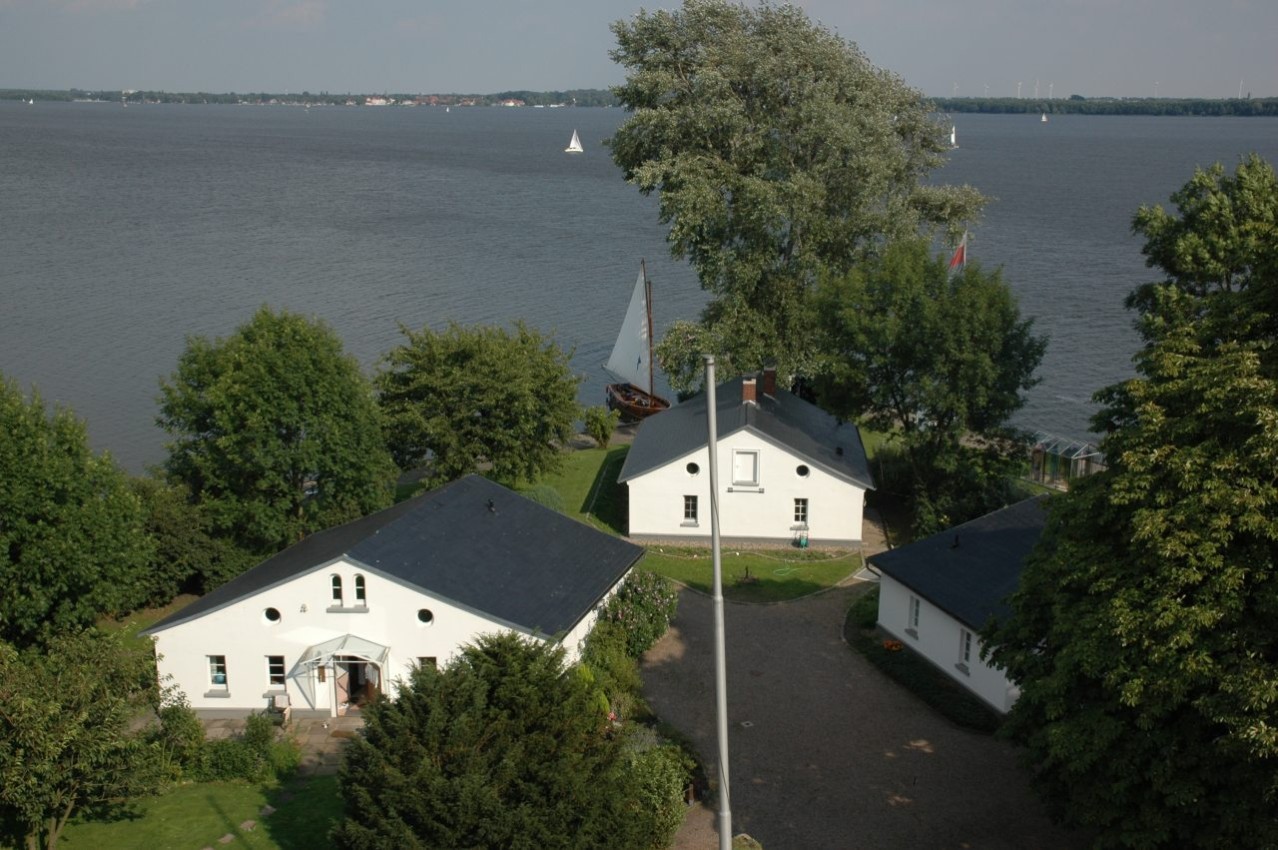 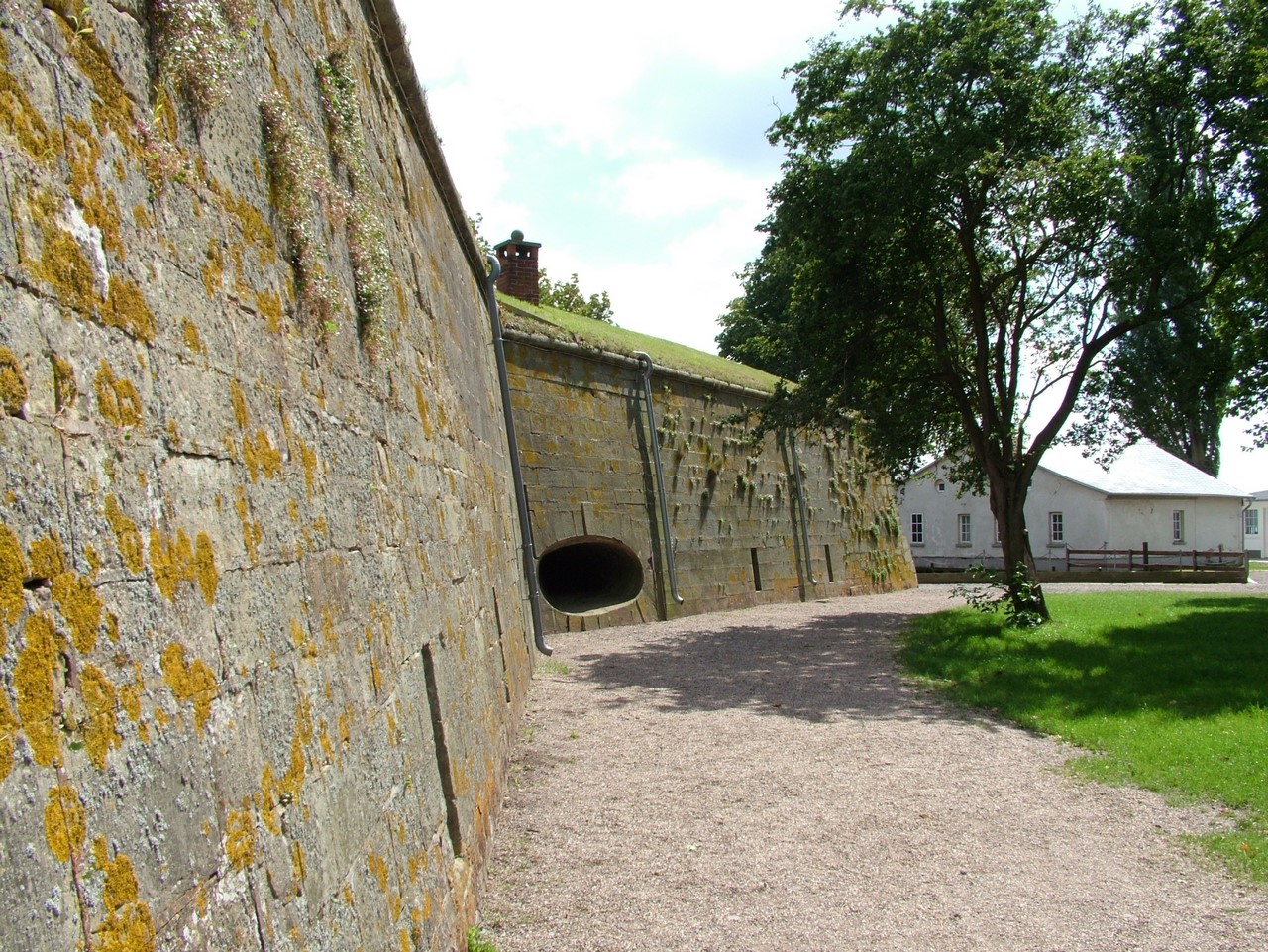