Yap Island and its stone money

Yap Island is part of the Federated States of Micronesia and is located in the vast western Pacific. It is famous for its giant stone money (also called rai stones). Yap Island is considered a group of four islands, which are located so close to each other that it looks quite like one continuous territory. Sometimes it seems as if it is one island cut into pieces by riverbeds. 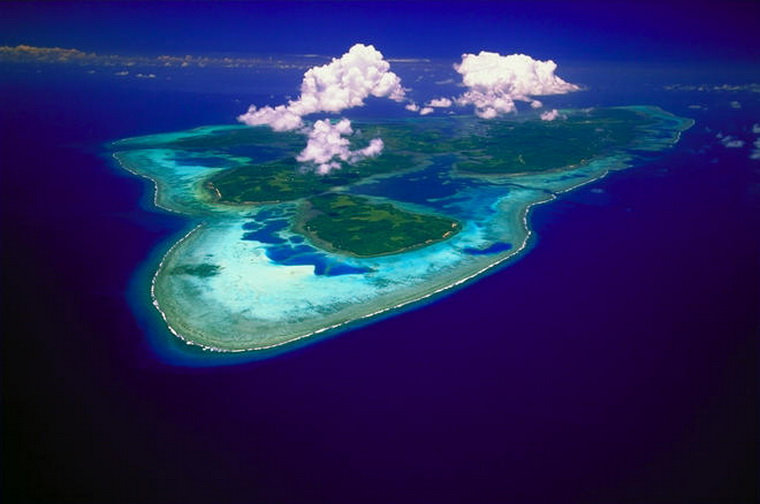 Yap Island. View from Above

Where is Yap Island

This is such a secluded spot of the planet, that the nearest populated areas can be found only on the island of Guam, 850 km to the north-east; the Palau Islands, 450 km to the south-west; the island of Folalope, 200 km to the east. Uninhabited Ngulu atoll is 140 kilometers to the south. Yap Island lies just nine degrees north of the equator. 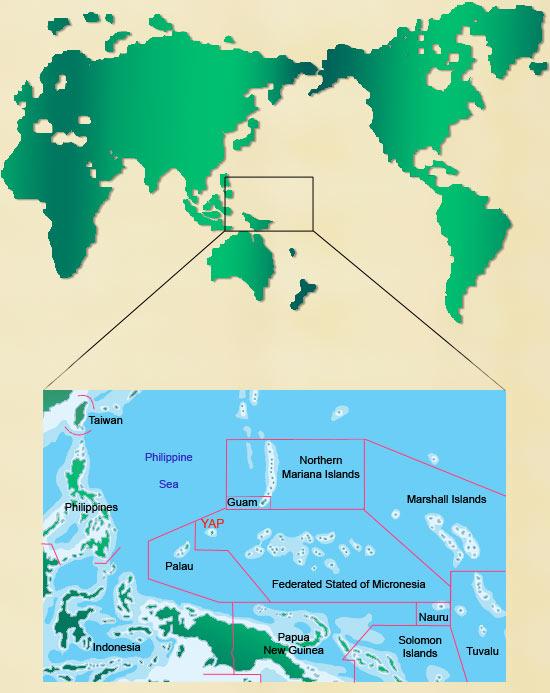 Yap Island on the map

We think you might be interested to know about the most remote place in the Pacific Ocean called Point Nemo. This place is a real Graveyard of spaceships.

We are not going to describe the island long and tediously. Let’s just say that it’s just another tropical paradise with a classic equatorial humid climate, sandy beaches and palm trees. 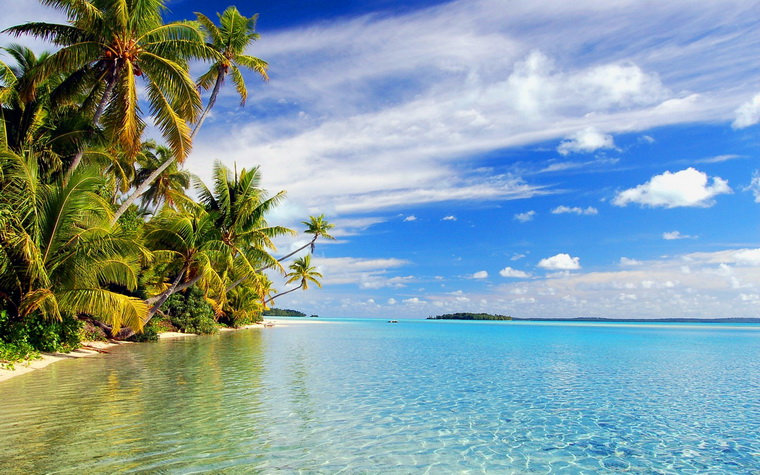 Yap Island – one of the classic paradise islands of the world

The cluster of four islands, which we called by the common name of Yap, stretches 25 kilometers from the north to the south and 12 kilometers from the east to the west. The entire group of islands is surrounded by a coral reef flattens out the ocean waves and creates a uniquely mild environment.

We will leave the history of the discovery and other information too. Now we will elaborate on Yap Island’s amazing attraction, its famous stone money, which is almost impossible to steal. 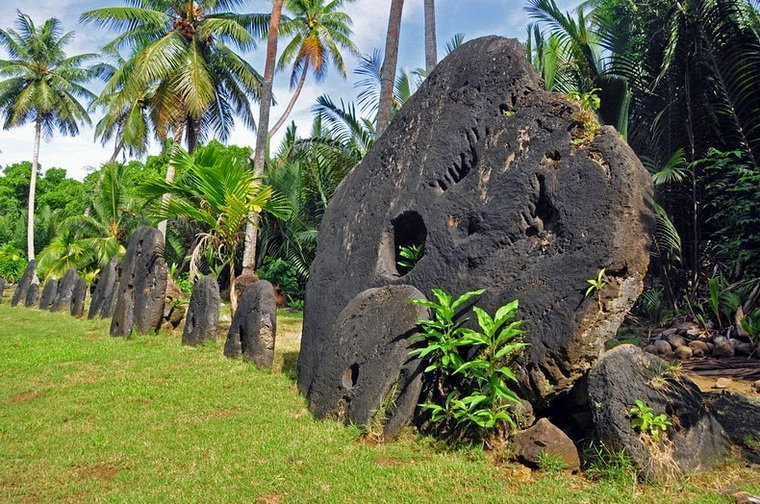 Yap is famous all over the world as the island of rock money. They are also sometimes called Rai stones or fiye. They are large round discs carved out of limestone with a hole in the middle. The stones are up to 3.6 (. ) meters in diameter. The thickness is up to 50 cm. The weight of such coins is up to 4 tons. 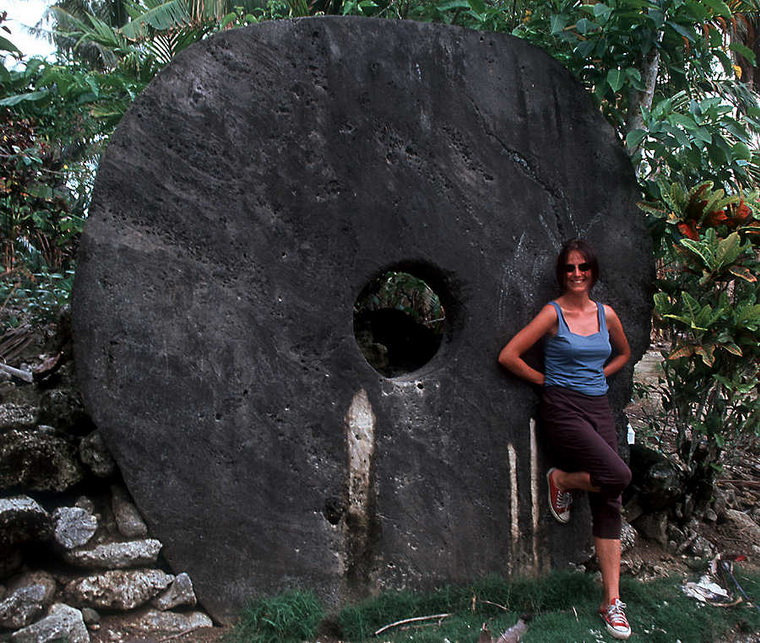 Here is an example. Money more than 3 meters high.

But there are few such giant coins on the island. The rest are more modest in size, with a minimum diameter of only 7 centimeters (according to some reports, discs with a diameter of about 3.5 centimeters have been found).

There is no limestone on Yap Island, so stone circles were brought from remote islands, as far away as New Guinea. The maximum amount of stone money was brought back in ancient times from the island of Palau.

The value of this amazing money is based on both the size of the stone and its history, as well as the difficulties and dangers involved in obtaining and transporting it. Well, everything is clear with the size. The bigger the stone, the better. The interesting thing is that its value increases if the stone was mined and transported by someone who was hurt or killed, or if it was brought by someone famous on the island.

Historically, the locals valued these discs also because their composition is similar to quartz. Such material was the most brilliant in the vicinity. Gradually, the stones became legal tender and were even obligatory in some payments.

To get the stones, the inhabitants of Yap went to some distant islands and tried to negotiate with the local natives who were not always friendly. If they could reach an agreement, the Yapese would bring their goods in exchange for the right to mine limestone.

READ
Where are the Seychelles Islands on the world map 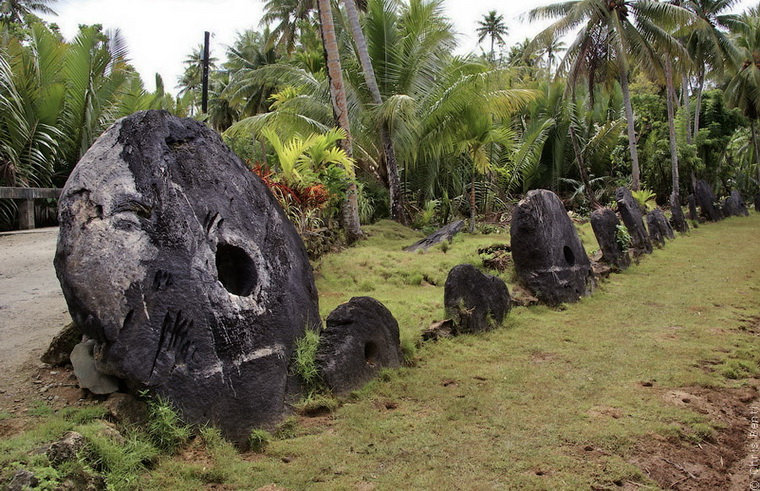 The history of stone money

How did it come about that stone money began to be paid on the island of Yap? And when did it happen?

Some scholars suggest that stone money first appeared on the island of Yap in the 6th century A.D. But it only became widespread in the period from the 11th to the 15th century. But this is all theory.

According to local history, about 600 years ago, a man named Anaguman led an expedition from his native island of Yap to the distant island of Palau, located 450 kilometers away.

When the travelers reached Palau, they were surprised by the amount of limestone they had never seen in their homeland. The people of Yap managed to negotiate with the people of Palau to mine the stone. An unusual economic exchange of stone from Palau for goods from the island of Yap was established between the islands.

Originally, stone was not a means of payment, but it soon became one. The stones were first carved in the shape of a fish, but later the more practical disc shape was adopted. 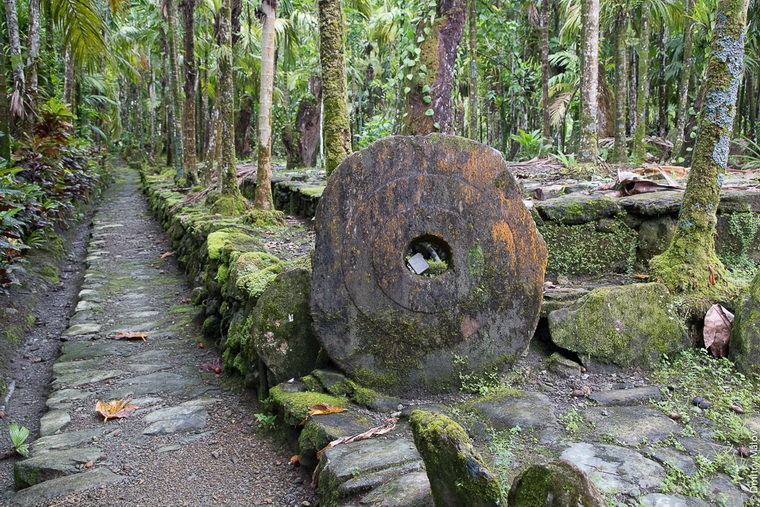 Stone money on the island of Yap

As you understand, the delivery of such cargo required considerable effort. Stone money was loaded on special rafts and towed by other sailing rafts.

The unconventional means of payment was firmly entrenched on the island. But because of the large mass of some of the stone coins (individual disks can only be moved with the help of 20 strong men), they are not moved from “buyer” to “seller” when paying. The money remains in one place, only the right to possess it is transferred, and verbally. The islanders know who owns which disks. This is quite enough for them, i.e., no receipts or other documents are drawn up for such transactions. Sometimes, only those Rai stones that can be easily rolled are handed over. But due to the age of the stones and the danger of their destruction, one is careful not to touch them.

READ
Java Island and its attractions with photo

It is customary to place such stone money next to the house, thereby showing the wealth of the owners. 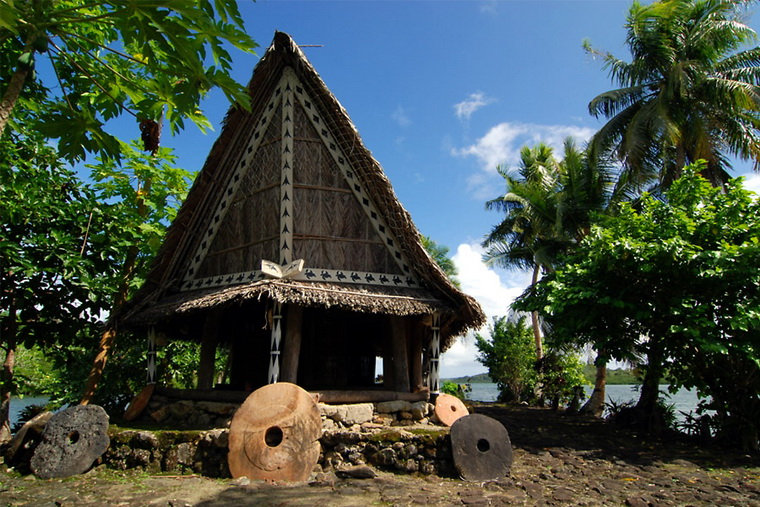 Rock money by the house on the island of Yap

Even though the United States dollar is now the island’s main form of payment, rock money was used on Yap until the 20th century. Even today, they are used for ceremonial exchange. Stone discs change ownership during marriages, transfers of title, land, or as compensation for damages.

As with any currency, stone money attracted counterfeiters. The most famous was David Dean O’Keefe, an American sailor of Irish descent. He understood the value of unusual money, but was not going to mine and transport it. David began simply to produce Rai stones in large quantities using modern tools and materials imported from Hong Kong. This practice even devalued stone money.

Today, Rai stones can be seen at the Ocean Culture Museum in Okinawa, the Smithsonian Museum of Natural History in Washington, DC, and the Museum of Currency in Canada. If a Westerner in past centuries had found himself in the Yap islands, which are part of the Federated States of Micronesia, his gold or silver coins would have been worth exactly nothing. Up until the nineteenth century, the Yap people practiced a strange way of settling accounts. As money in the Yap islands they used large round stone disks, usually carved from limestone. These stones, known as “Rai”, were mined in quarries on Palau and then transported to the Yap Islands. However, the Yap “money” stones were simply ordinary useless stones if they had no history and no owner. Every money stone had a history of origin and a history of transactions involving it. This is why stealing a Rai was meaningless: if the transaction was not officially registered in the island’s history, the stone was still owned by its old master. The person who owned it had to declare that he no longer possessed the stone and passed it on to someone else. Rai’s stones came in a variety of sizes. The smallest of them were only 7-8 centimeters in size, while the largest of the Rai were up to 3.6 meters in diameter and 0.5 meters thick. These huge stone “wheels” weighed up to four tons. The size and craftsmanship of each particular Rai stone was only a small part of its real value. The greatest value in a stone was its history. If many people died bringing a stone to Yap, or if a famous seafarer brought it to Yap, the stone was considered rare and therefore more valuable. The more stories about the stone, the more its value increased. When a stone changed hands, there was no need to physically transport it to another place. The Rai rarely moved them because of the risk of damage, and that’s probably why the cost of moving them was more expensive than the stone itself. All of the islands were essentially a huge “bank,” and everyone knew the location of their “money.” However, there were those who wanted to “show off” their wealth, and placed their stones in their front yard. The Yap financial system worked so well that even if a Rai stone was lost (for example, fell to the bottom of the sea during transportation), everyone agreed that it should still exist. When did this practice arise. Local legends say that the people of Yap discovered limestone on Palau 500 to 600 years ago, when the navigator Anagumang went on an expedition to the neighboring islands. He noticed that there was no such stone in his homeland, so he considered it very valuable. Allegedly, it was Anagumang who ordered the first stones carved in the shape of a fish, but later the “wheel” shape was chosen because such “money” was easier to carry with a wooden pole, on which the Rai was put. The Japans did not take Rai stones for free, they exchanged them from the Palauans for beads, copra and coconuts. According to archaeological evidence, limestone blocks have been mined in Palau since 500 AD, but most Rai were mined between 1000 and 1400 AD. Rai continued to be used in transactions. However, a noticeable change occurred when Europeans began to visit Yap. With the new tools that the islanders had, they were able to make larger stones. It is assumed that it was at this time that Jap currency evolved from small carved beads to huge stone wheels. As in every organized economic society, the value of money tends to change dramatically over time. The same thing happened to Rai. An American captain named David Dean O’Keefe was shipwrecked near Yap in 1871. After the natives rescued him, he helped them with limestone mining. O’Keefe began supplying the Japs with iron tools in return for copra and trepangs. In 1954 the story of David Dean O’Keefe was told in the Hollywood movie His Majesty O’Keefe. After these events, inflation began on the islands. The new Rai stones, mined with iron tools, were less valuable than the old ones. And in the early twentieth century, Rai stones almost went out of use and they slowly began to be supplanted by the modern monetary system. Today the Yap Islands, which are part of Micronesia, use the United States dollar as their official currency. Nevertheless, Rai stones still play an important role in local society. They are used during many meaningful social exchanges, such as marriages, inheritance, political deals, or as a sign of an alliance. Those stones that are not in museums can be seen in front of community homes, along roads, or in front of some houses. Rai stones are the national symbol of the Yap Islands and are depicted on local license plates.