The Ziggurat at Ur.

The Mesopotamia is the birthplace of great civilizations. The Sumerian civilization was born here, the Tower of Babel was built here. On the territory of the Intermediate Ages was built a lot of ziggurats, which were somewhat similar to the Egyptian pyramids, but, despite their steps, not “fly up” in the sky, but “move” up gradually. In addition, they did not have such precision of lines.

The Ziggurat of Ur is the most famous of the surviving ziggurats. This majestic construction allows us to understand at least a little bit how highly developed the civilization was that built it, not for nothing the Greeks and Romans never ceased to admire the Sumerian culture, their astronomical and architectural knowledge. It is believed that the peak of power of the city came during the reign of the 3rd dynasty of kings, who ruled the city from 2112 to 2015 BC, around the same time and was built ziggurat.

King Urnammu built it and dedicated it to the god Nanna. He embodied the ancient Sumerians Moon. Ziggurat consisted of three steps, but during the reign of Urnammu was not completed, it was completed by King Nabonid. Scientists have learned about this fact from the clay cuneiform inscriptions found in the structure.

The Ziggurat of Ure was composed of three levels, the first of which was 60 meters long and 45 meters wide. The height of the tiers was 15 meters. The upper tiers were smaller and rested on the lower one. On the last level was a temple dedicated to Nanna. Stairs, massive and well fortified, were attached to the ziggurat, and festive processions followed them. At one time the structure was painted in different colors, the lower terrace in black, the middle one in red and the upper one in white. The temple itself was probably blue, the color of the sky.

The construction of the ziggurat itself is quite unique. There is not a single straight line in the whole building. It was done deliberately to create optical illusions. It made the building look more imposing and powerful. This knowledge of architecture at that time was really incredible and shows the great skill and knowledge of the Sumerians.

Besides all terraces and their constructions were not built for nothing, it was not a usual movement from big to small. The slope of walls, the height of buildings – all the architects of the ancient Sumerians calculated so that everyone in the city, looking at the building, immediately directed his eyes upwards, to where the temple of the god was located.

The ziggurat of Ure is also interesting because it has drainage holes, designed to drain the interior of the building, built of adobe. The scientists have puzzled over what for they were needed, as even the adobe during the construction had to dry out, and that is why there was no need to create additional drainage holes. Eventually, thanks to the ancient manuscripts telling about the Sumerian ziggurats, the researchers found out that there were real gardens on the terraces of the buildings. The tiers of the ziggurat were not lined with bricks, they were covered with earth in which plants were planted.

It was a kind of prototype of the Hanging Gardens of Semiramis, which is probably where she (or her cronies) picked up the technology. The trees could not grow without water, so they had to be constantly watered and the water flowed down to the lower tiers, which required drying. Moreover, after some research it was found that the drainage troughs could serve not only for drying, but also to supply water to irrigate gardens.

The ziggurat at Ur probably looked simply divine, with its bright terraces painted in different colors and decorated with fabulous flowers and trees. It gave the impression of a huge flowering mountain with the temple on its top. Probably that is why the ziggurat in Ur is also called the “Mountain of God. Of course, the structure was far from a mountain, but it was more than 53 meters high. The construction was impressive and rallied the population of the city. It should not be forgotten that there were other sacred structures around the complex. The complex also had other sacred buildings around it, such as the altar to Ningal, the goddess of Nanna. All this made a lasting impression on the local population and visitors to Ura, and now tourists are delighted with this majestic temple complex.

The Great Ziggurat of Ur, Iraq

More than 5000 years ago the fertile plain between the Tigris and the Euphrates was home to a civilization that made extraordinary and decisive discoveries for history – it invented the written language and the wheel, laid the foundations of law, medicine, astronomy and architecture and built the first cities.

Civilization was created by the Sumerians of Mesopotamia, and the impressive remains of their city-states have survived to this day. They can be seen in present-day Iraq.

Little remains of the first urban civilization, but the best preserved is probably the partially restored great ziggurat at the ancient city of Ur. It is a temple dedicated to the moon god Nanna, and was built between 2125 and 2025 BC by order of the ruler Ur-Nammu – reformer, legislator and architect. There were several temples in each city, but the most important was the one dedicated to the city’s patron god and connecting heaven and earth. There was the spiritual, economic, administrative and political center of the city, with other temples and palaces around it. 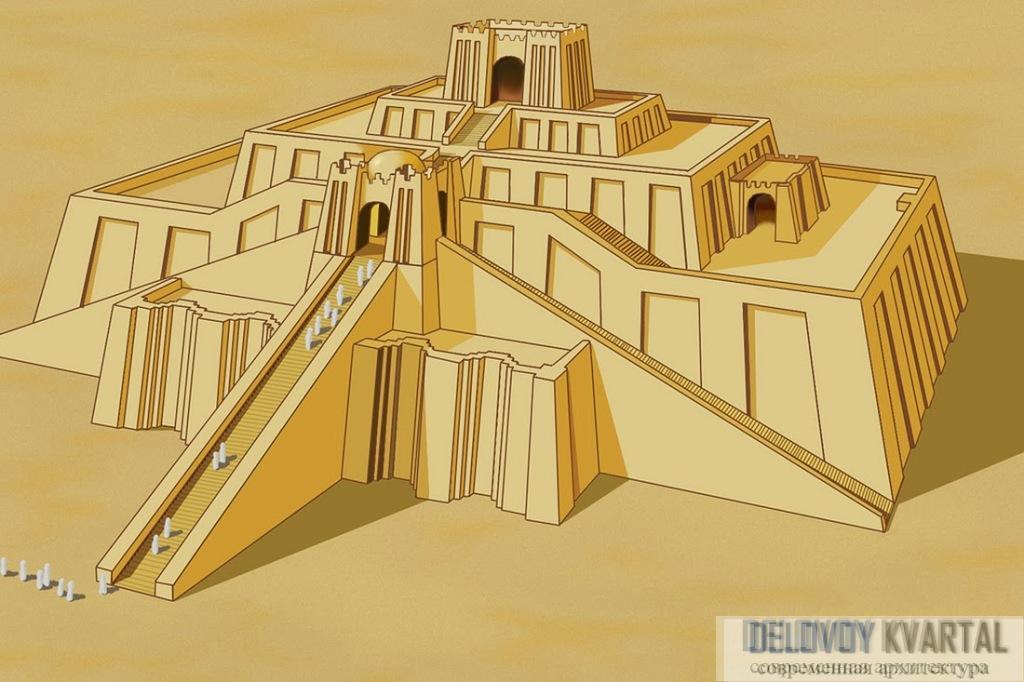 The three stairs go up and meet on the first tier

At first the main temple was built on a hill with a wide ramp leading up to it. Over time other towers were built on top of the one and the result was a series of stepped towers called ziggurats or “holy mountains. The big ziggurat of Ur was three-tiered. Though only the first tier has survived, it is still a striking structure.

The ziggurat was about 21 meters high, the dimensions of its rectangular foundation were 60 by 45 meters. Three huge stairs people climbed to the wide platform, where up to the top, to the temple, could pass only a select few, including the ruler, the priest, and the mediator between the Sumerian people and countless gods.

The temple is the most important place in the ziggurat, where services dedicated to Nanna were held, offerings and human sacrifices were made. We can only imagine what this temple was like, for it no longer exists. Sir Leonard Wooley, an English archaeologist who excavated the ziggurat in the 1920s, proposed a reconstruction of the three tiers. This reconstruction most accurately conveys what the structure was.

Unlike the great Egyptian pyramids, all the ziggurats were built not by slaves, but by Sumerian peasants. They worked on the sites between the sowing season and harvest.

The huge base of the ziggurat was made of millions of clay bricks, clay was the most common building material in the land. The sun-dried bricks were strong but porous, so a thick layer (2.5 m) of stronger bricks was placed on top of them, heated in the oven to protect them from the water. Then everything was covered with glazed terracotta tiles. 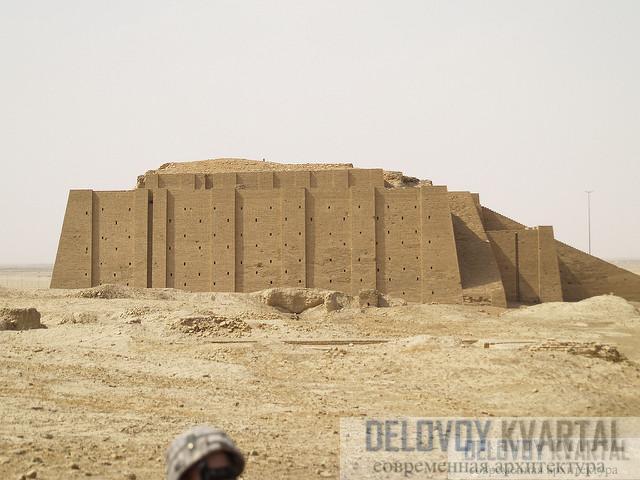 The Ziggurat and the main public buildings around it were considered a closed area in the Ura, with double walls around it. Behind the walls, next to it, was a large tomb, now called the “King’s tomb” – 1840 burials were found there with astonishingly rich posthumous gifts (weapons, vessels of gold and silver, objects decorated with shells and lapis-lazuli) and the remains of slave victims.

Like other cities of the Sumerians on the sandy plains of Mesopotamia, it stood on a high earthen mound, behind a well-fortified wall that not every enemy could have defeated. The wall and the city no longer exist, everything around it has changed, the river has changed its course, but the remains of the huge ziggurat still amaze us with the power of the Mesopotamian civilization.

Remains of churches and temples 0
The Ziggurat at Ur. The Mesopotamia is the birthplace of great civilizations. The Sumerian

Remains of churches and temples 0
Response: The enigma of “Syrian Pompeii I would like to tell a little about